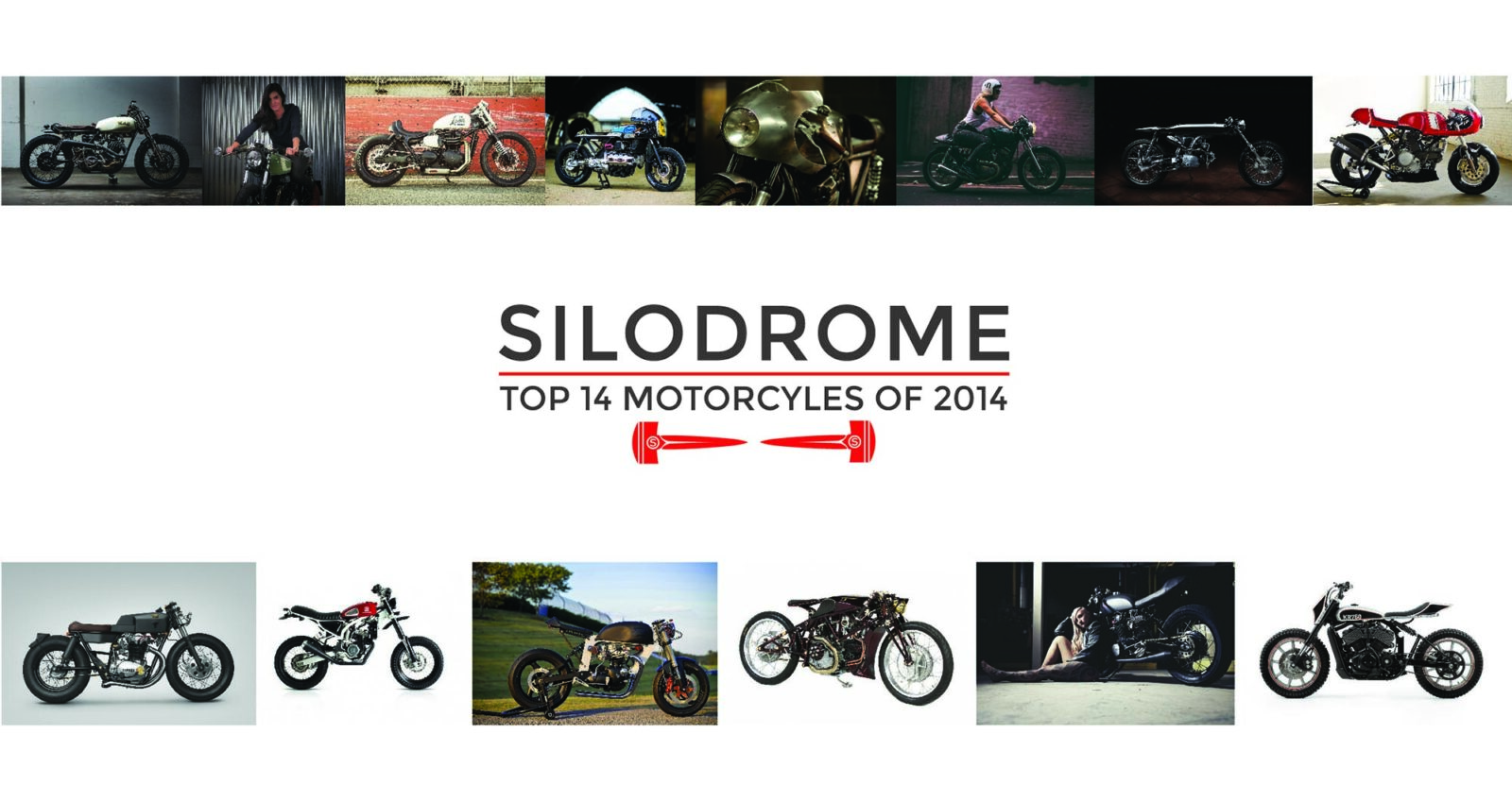 Each year we put together a list of the most popular motorcycles to appear on Silodrome, we use raw traffic data to compile this list – so each person who clicked through to read more about a motorcycle was essentially casting a vote.

It’s always interesting to see what becomes popular on the site, it’s almost impossible to predict which bikes are going to go viral and which bikes get passed over by the majority, this list contains a broad array of motorcycles built by garages from Indonesia to England and the USA to Spain.

The bikes are listed below in reverse order and each description contains a link to the respective bike’s full feature on Silodrome, so before you being scrolling down make sure your coffee (or beer) is topped up. 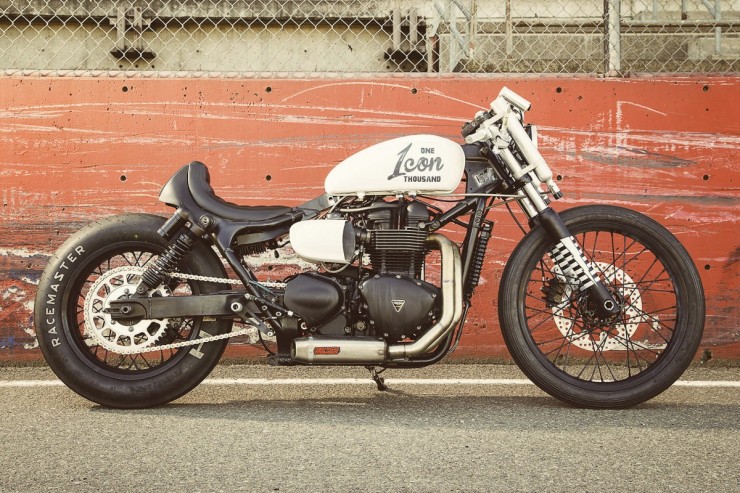 This Triumph custom by Icon was designed to evoke memories of the drag racing bikes of old, it’s not just for show either – the seat was designed to keep the rider in place even under hard acceleration, the last thing anyone wants is for their ass to slide off the seat onto the rear wheel at speed. 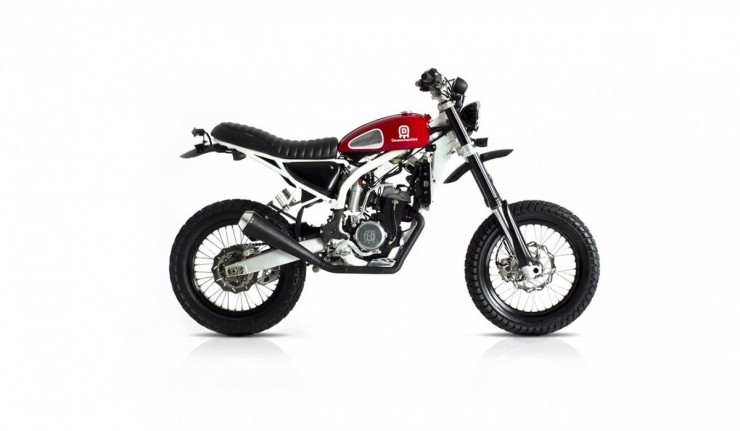 #13 The Husky by Deus Ex Machina

Deus Ex Machina is a company that’s had an enormous impact on the world of custom motorcycles over the past 10 years or so, they started out in Sydney and now have garages in Italy, California and Bali with more on the way. This Husqvarna by Deus is a great example of the customs produced by the garage – it’s beautiful and highly functional, it’s also possibly the perfect summer motorcycle. 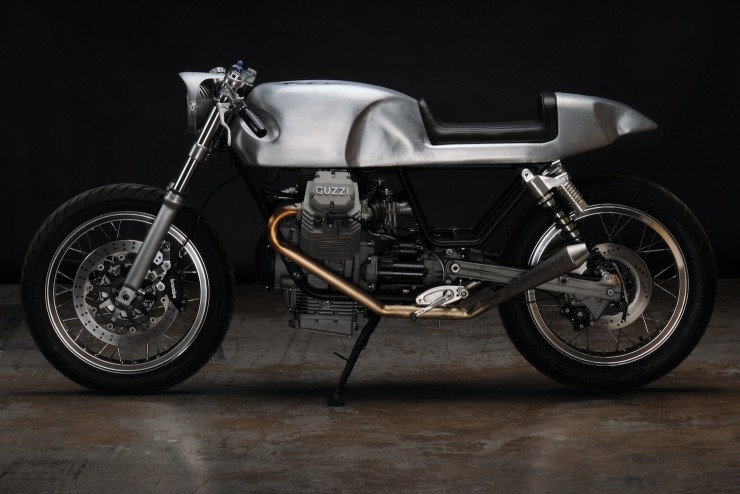 This Guzzi by the talented team over at Revival Cycles is a masterclass in metalworking – fabricating a tank/seat/rear-cowl as a single unit is remarkably hard to do, as is evidenced by the fact that very few custom motorcycle builders ever even attempt it. 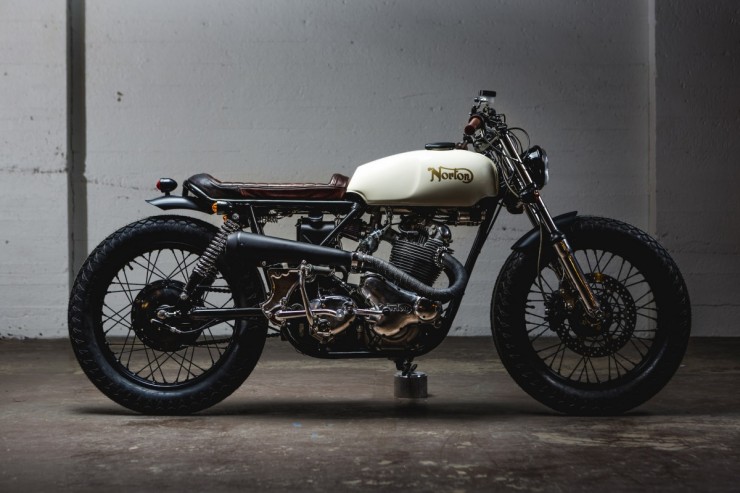 Those of you who are regular readers will be familiar with my deep and abiding love of vintage Nortons, we’ve seen a huge number of them over the years on Silodrome but this is still a personal favourite. It’s about as close to aesthetically perfect as motorcycles get – though of course this is down to individual preference. 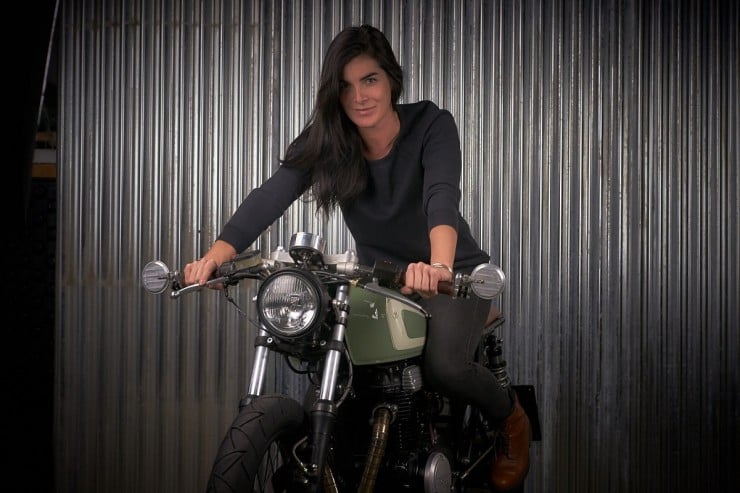 Purebreed Fine Motorcycles is a Canadian garage that produce some of the cleanest customs you’ll find anywhere, this CB360 was built by the garage’s founder for his wife Maude, who recently got her license and can now been seen out riding her Honda with her other half in hot pursuit. 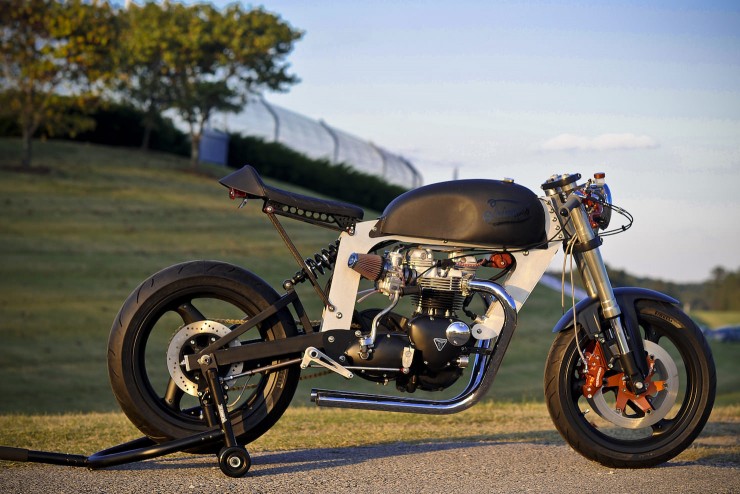 Bucephalus is a bike that caused a lot of head-scratching in the custom motorcycle community – that frame is unlike anything we’d seen before on a vintage Triumph. The bike also has a custom monoshock rear, carbon fibre seat and state-of-the-art touches throughout – Loaded Gun Customs are now preparing a limited production run of the Bucephalus with orders coming in thick and fast. 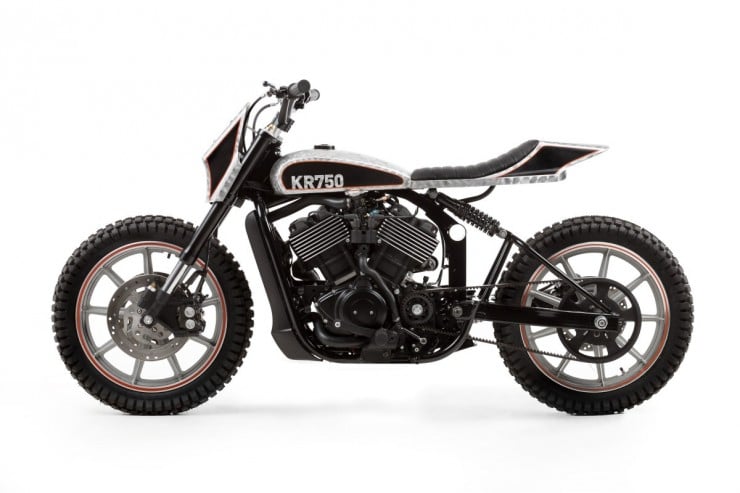 Flat trackers are seeing a huge surge in popularity at the moment and this Harley-Davidson Street 750-based example lit up the motosphere when it was released by Melbourne custom motorcycle garage Kustom Kommune a few months ago. The Street 750 is one of the new water-cooled models by Harley designed to appeal to a younger crowd and if the popularity of this bike is any indication, they’ve hit the nail on the head. 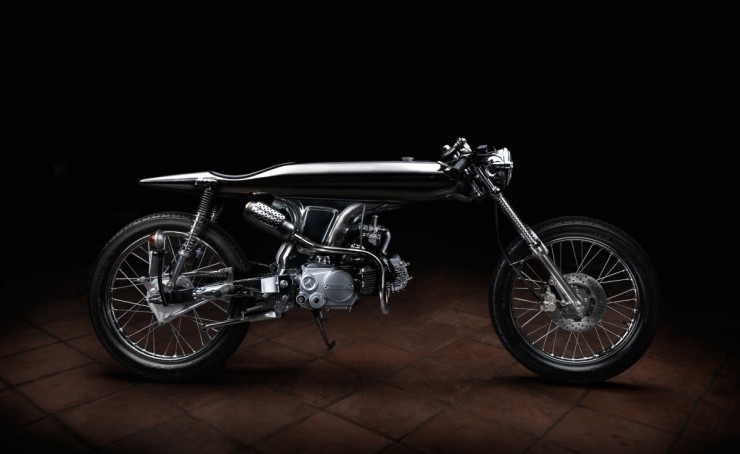 Bandit 9 Motorcycles recently moved their base of operations from Beijing to Ho Chi Minh, EVE is the first custom from the new Vietnam workshop and it’s a hell of an eye-catching debut. Bandit 9 made a limited production run of the EVE model and sold them to collectors around the world.

The Yamaha SRV250 is a bike that isn’t well-known outside of its native Japan, which is a bit of a shame really as it’s a fantastic little machine. This post on Maria and get trusty SRV250 cafe racer was popular both for the bike and the photography, and it’s a great example of a lower displacement engine being put to very good use. 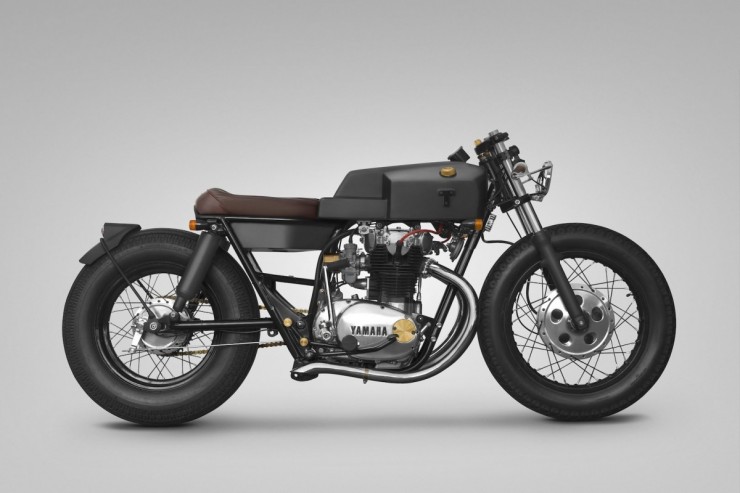 This XS650 certainly garnered a lot of attention when we published it earlier this year, it was built in Indonesia by Thrive Motorcycle and counted a wood-burning stove amongst the inspirations behind its design. Indonesia is rapidly becoming a major player in the global custom motorcycle scene and we see some quite unusual bikes coming out of the South East Asian nation. 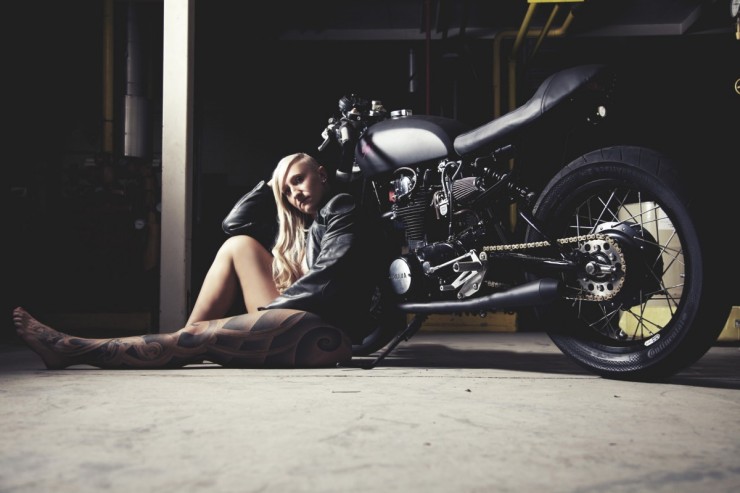 Kaillie Humphries is a two-time Olympic gold medalist and a talented motorcyclist who contacted Kevin from Loaded Gun Customs earlier this year to build her a cafe racer, the resulting motorcycle is one of the nicest XS650s we’ve seen in recent memory. 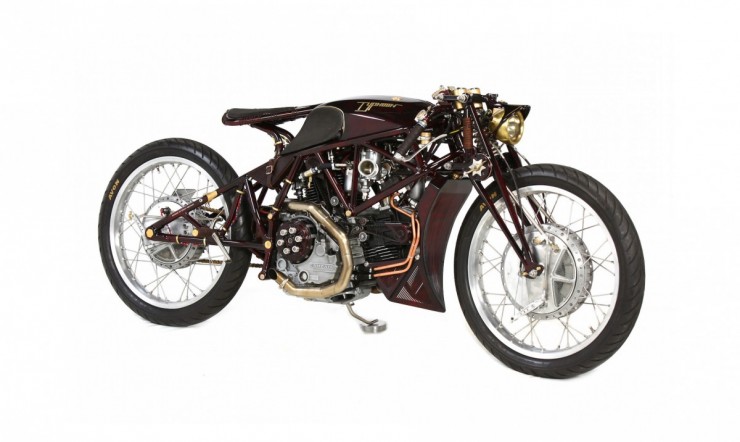 This bike is unlike any Ducati we’ve ever seen, it’s a ground-up rebuild that took almost two years and since its release it’s been lighting up the motosphere. We’d love to see more board tracker style customs so hopefully the OEM 900SS will inspire others to pick up their wrenches and acetylene torches. 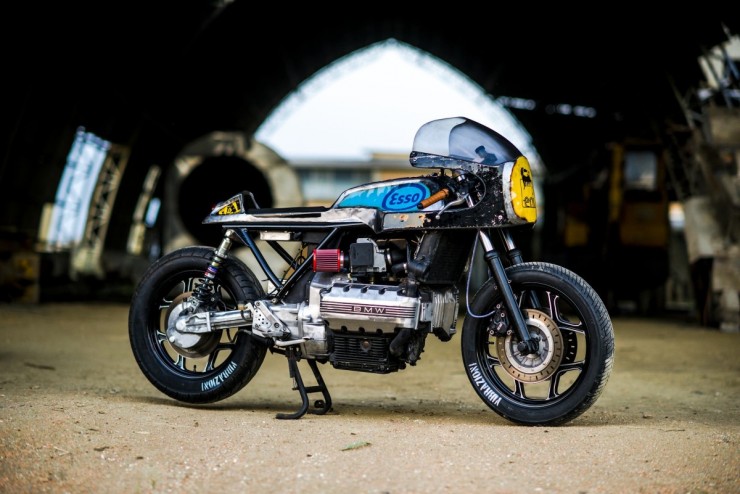 The BMW K100 is sometimes referred to as the “flying brick” – an endearing nickname for a bike that somehow managed to fit a horizontal 4-cylinder engine under its fuel tank. The designers at Vibrazioni decided to rework the bike’s aerodynamics using old 44 gallon oil drums and a BFH – the resulting bike is surprisingly beautiful and apparently it’s also fantastic to ride. 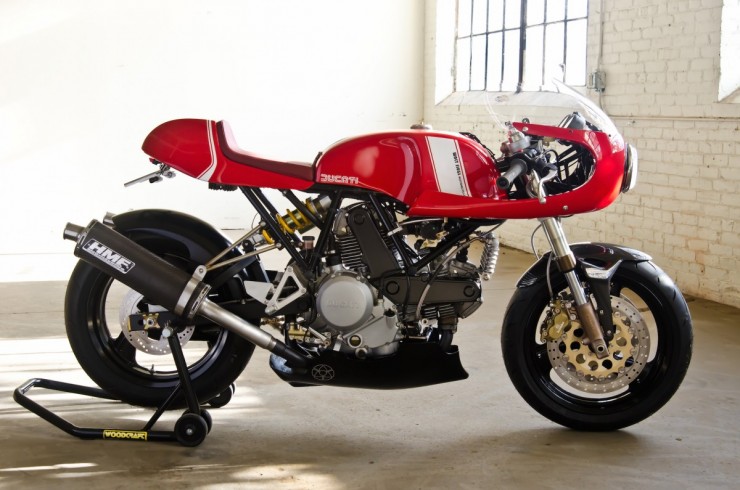 It isn’t hard to see why this Ducati by Walt Siegl got a lot of clicks this year, it’s a stunning motorcycle with a retro influence and thoroughly modern underpinnings. Walt has been building Leggeros in limited numbers for select clients around the world, and when he isn’t in his workshop he’s out racing vintage motorcycles himself. 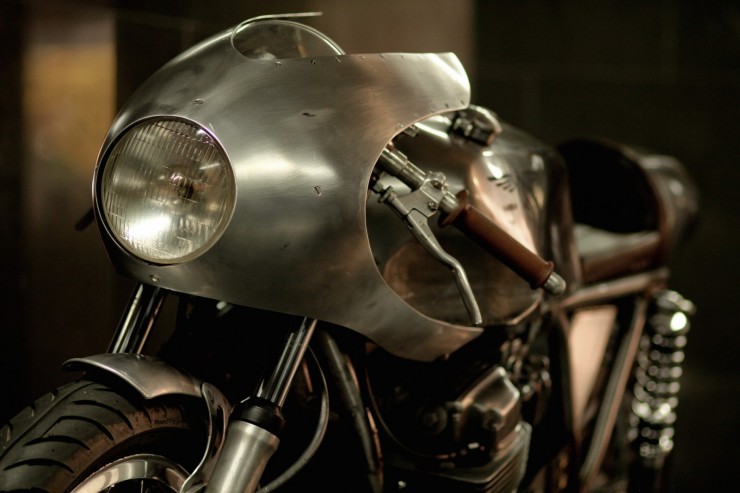 Although this bike didn’t make it into the top 14 most read of the year we felt that it deserved a mention anyway – it was only published for the first time a few days ago and if it had been on the site longer it would have easily worked its way into the top 10 and probably the top 5.

The fact that the bike was built for an A-List movie star is almost an afterthought, this bike would be a major custom even if it was built for the milkman. The story behind the work that went into it is fascinating, so if you haven’t read it yet make sure you hit the link below. 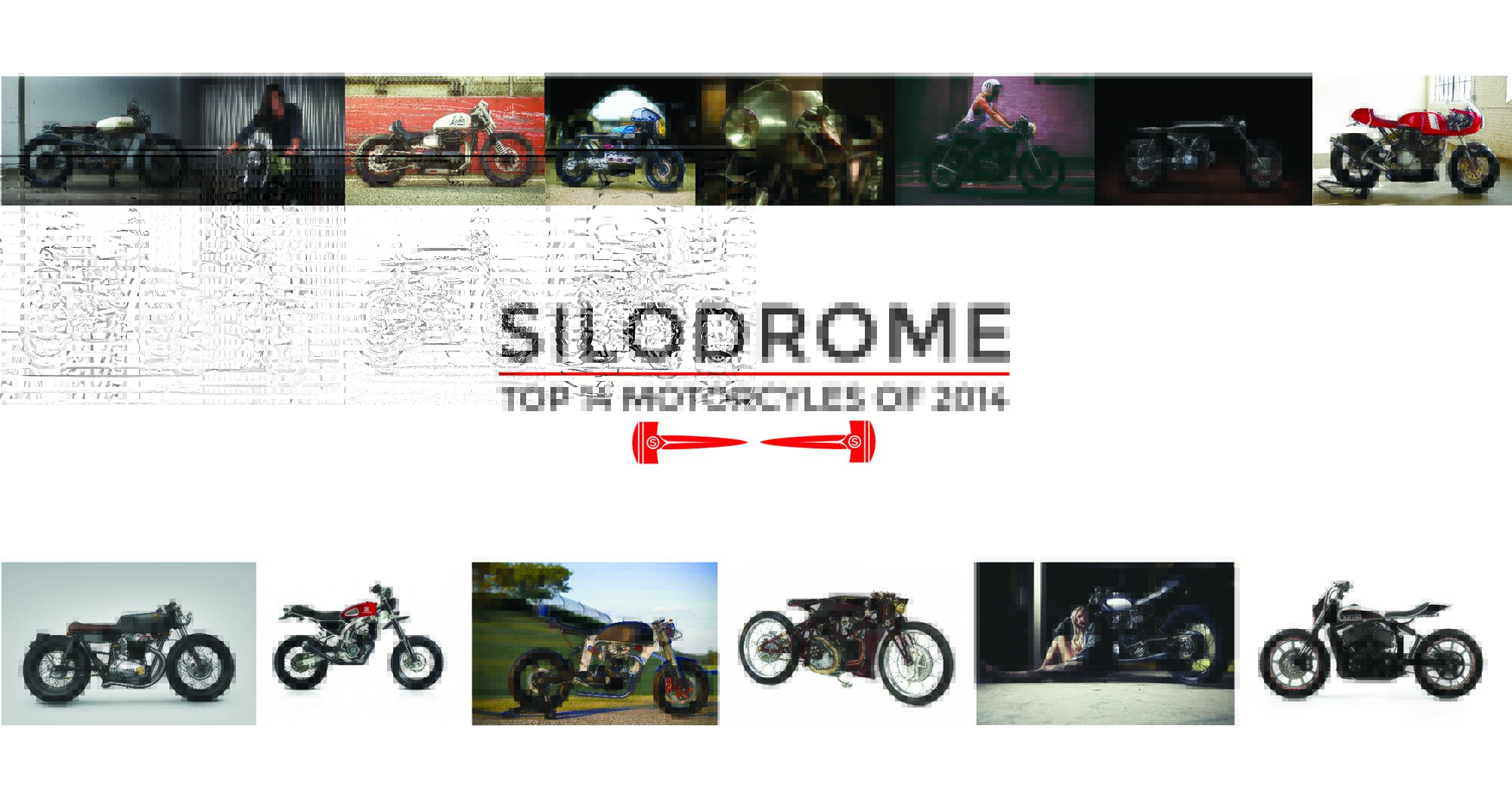