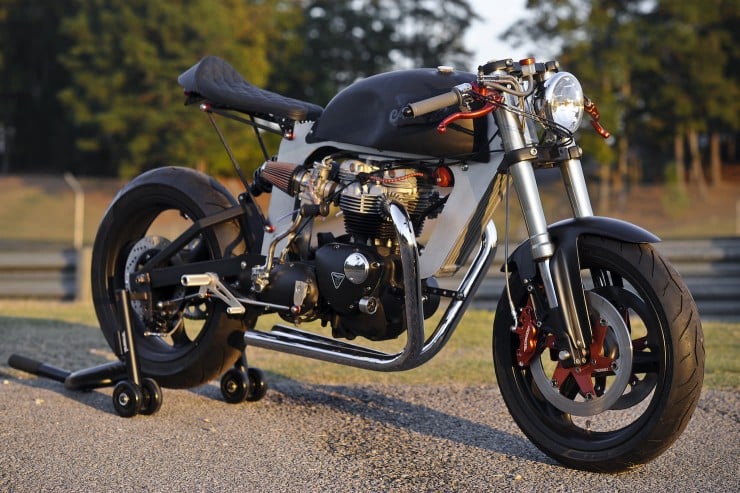 Bucephalus is one of the more unusual custom motorcycles we’ve had the good fortune to feature here on Silodrome, the bike is staggeringly complex but it can be summed up relatively simply: it’s a state-of-the-art race-bred motorcycle built around a vintage, air-cooled Triumph engine.

The idea of blending new with old is nothing we haven’t seen before of course, but this level of engineering prowess is rarely seen in the world of custom motorcycles, with most builders chopping some parts off, adding some other parts and slapping on a coat of paint. Bucephalus is about as far away from that kind of “Craigslist special” as it’s possible to get.

I’ll start by explaining the frame, which seems to be the part that people notice first. It’s a sumi-monocoque structure that uses the engine as a partial stressed member, the frame was cut from 7075 aircraft-grade aluminium and was designed as a lightweight means of connecting the swing arm pivot point to the steering head. Rigidity is improved through the use of 5/8ths carbon engine plates and a discreet oil-cooler is installed between the two frame elements at the front, to catch clean airflow. 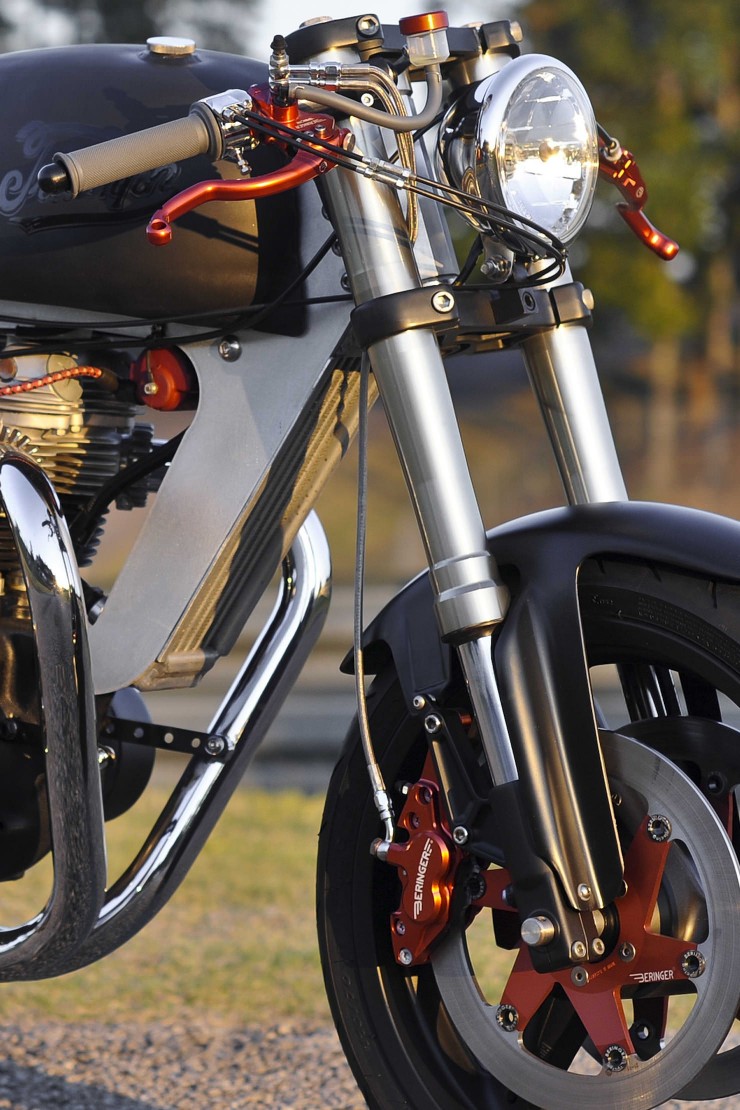 That flat black swing arm is a bespoke unit made from 4130 lightweight chromium and molybdenum (chromoly), this is bolted to that monoshock rear shock which joins to the aluminium frame at the base of the fuel tank.

Kevin (the builder and owner of Loaded Gun Customs) mentioned that he spent an afternoon chatting with Willie G. Davidson in Sturgis at the Ton Up display, Kevin found that people kept commenting on the thinness of the carbon rods supporting the seat and Willie recommended that he use wider, 1″ carbon rods instead, not because the bike needed them, but just because if people don’t trust the engineering, it’ll cost sales on the showroom floor.

The centrepiece of Bucephalus is that beautiful, air-cooled 1967 Triumph Bonneville parallel twin. A number of performance oriented modifications were made to the engine, including a 10 bolt head conversion, short stroke rods, Nic-a-Sil aluminium cylinders, custom JRC TT exhaust pipes and a pair of fast-breathing K&N air-filter pods.

To ensure that the finished bike would handle as well as it could, Kevin decided to use a pair of X1 Buell forks with advanced, Race Tech internals. The brakes are Beringer (4-pot) up front and Brembo at the rear with the front wheel being a Buell X1 unit.

If you love this bike and have decided that you need to own one I have some good news, Kevin will be building them to order. Frame #1 has been ordered by land speed record chaser Bart Boucher, who’s ordered a slightly modified Bucephalus that’ll be capable of 175mph unfaired and 200+mph with a full aero-fairing. 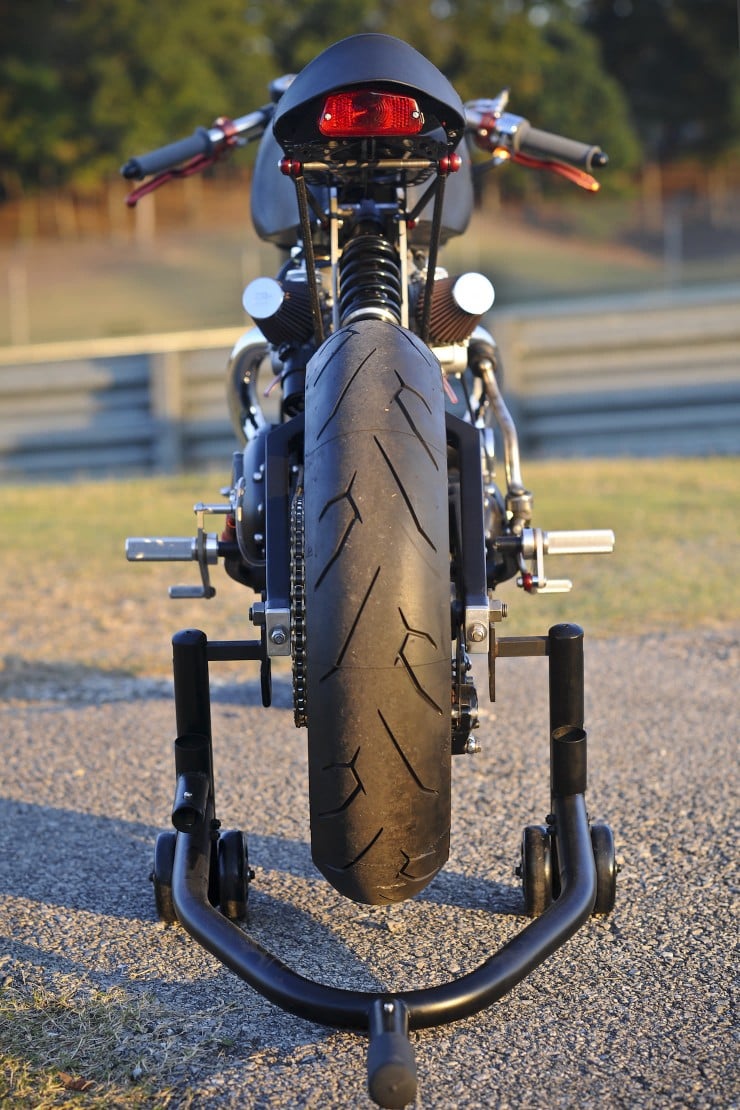 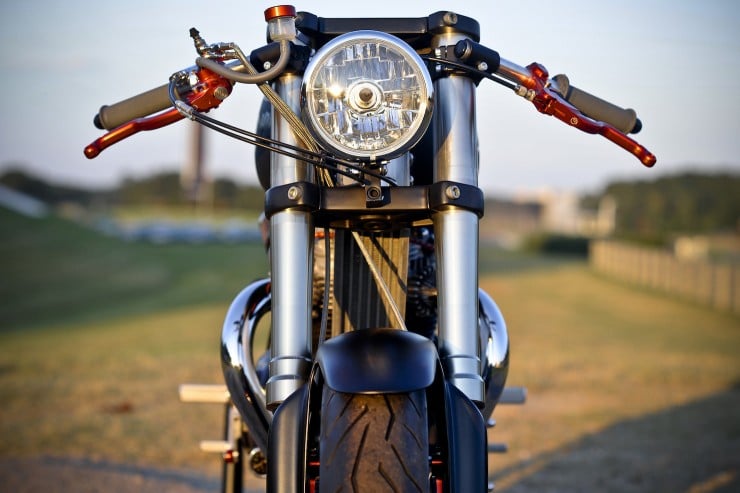 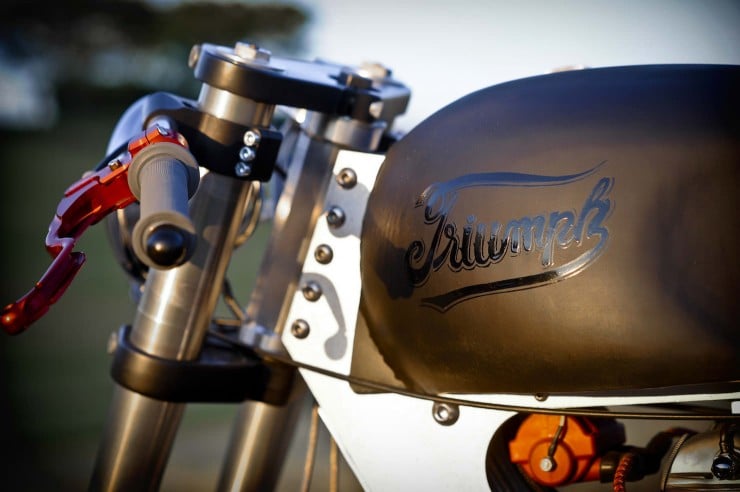 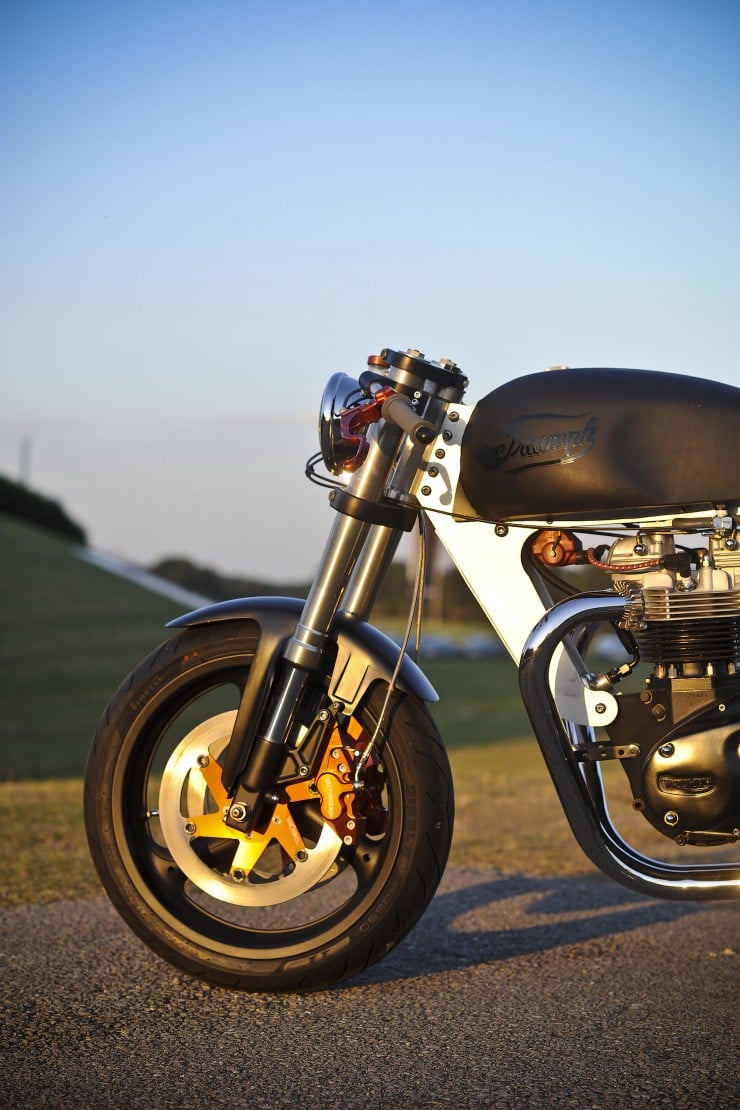 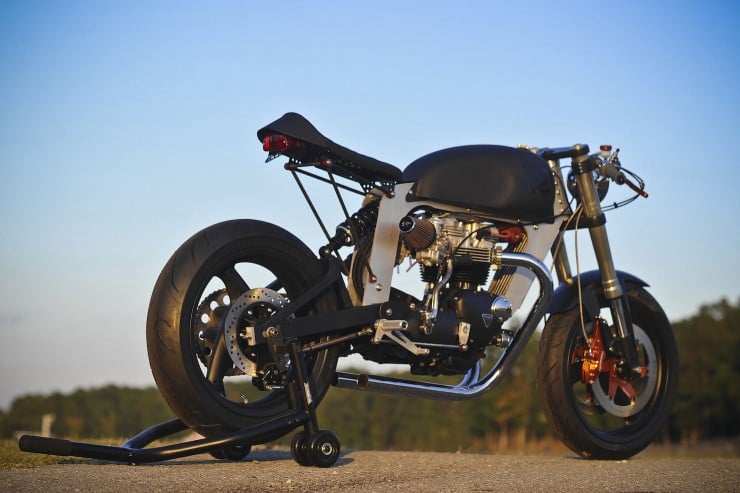 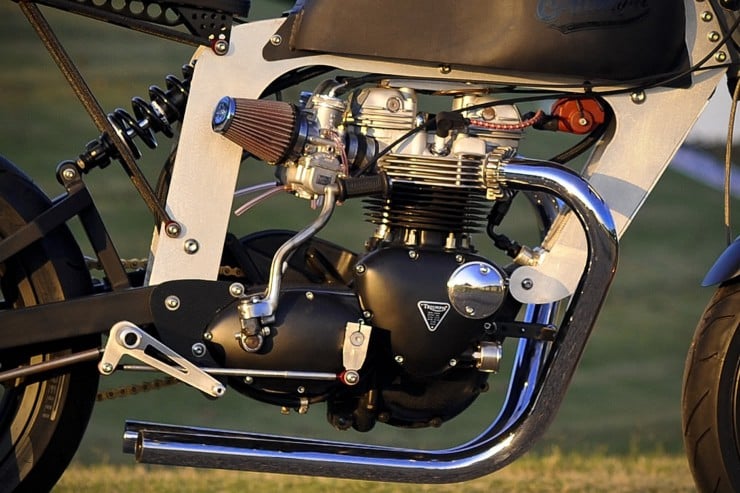 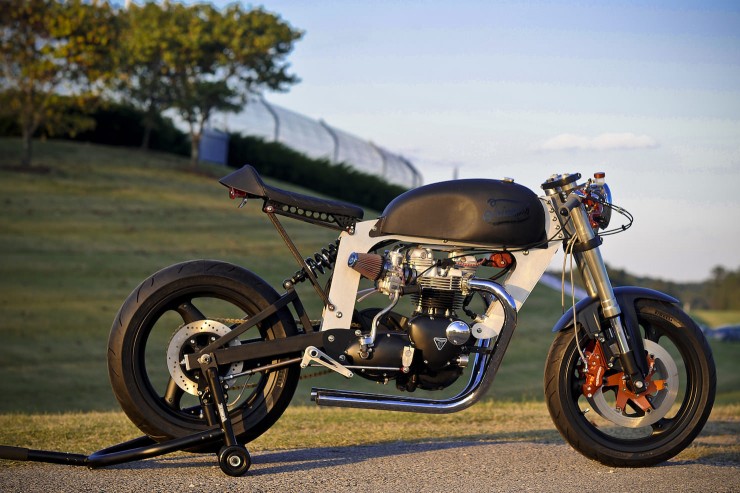 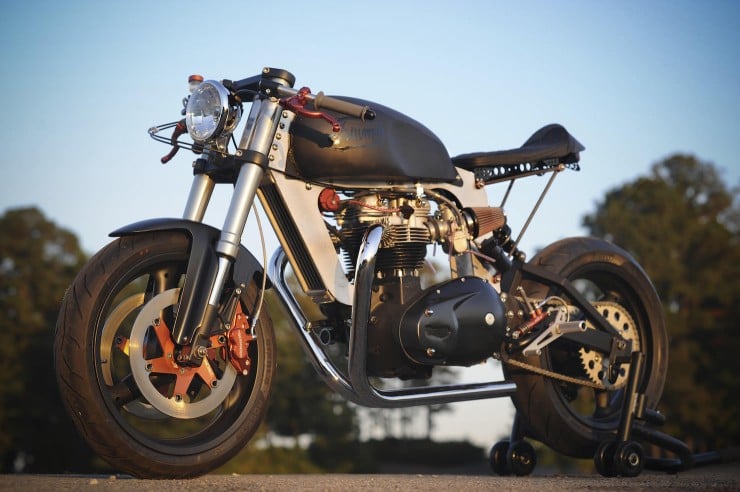 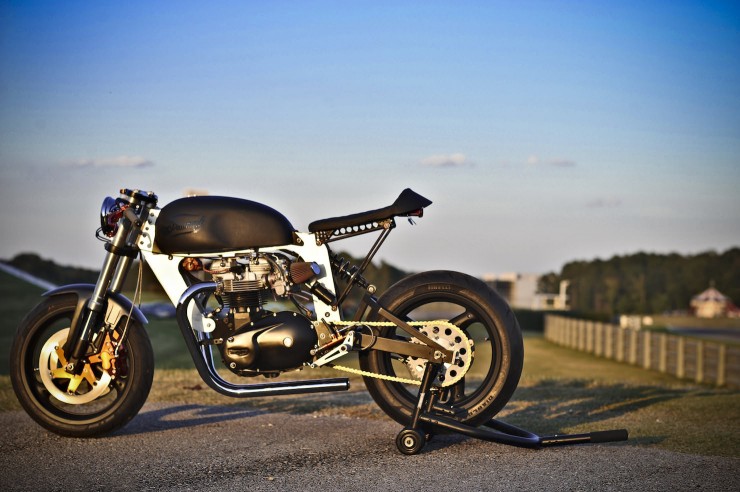 All images via the talented Erick Runyon. 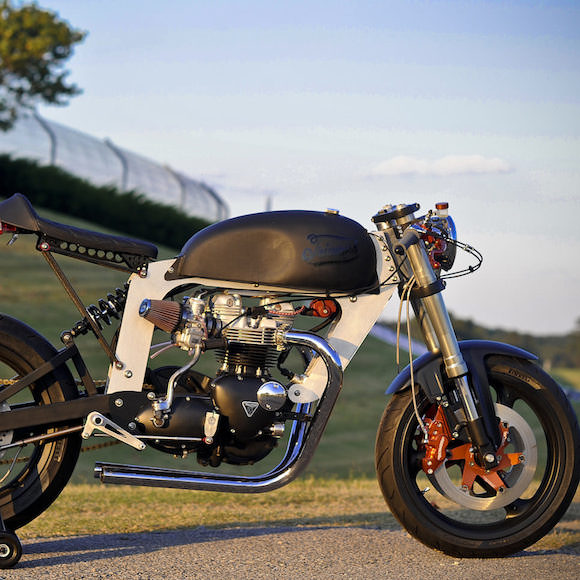