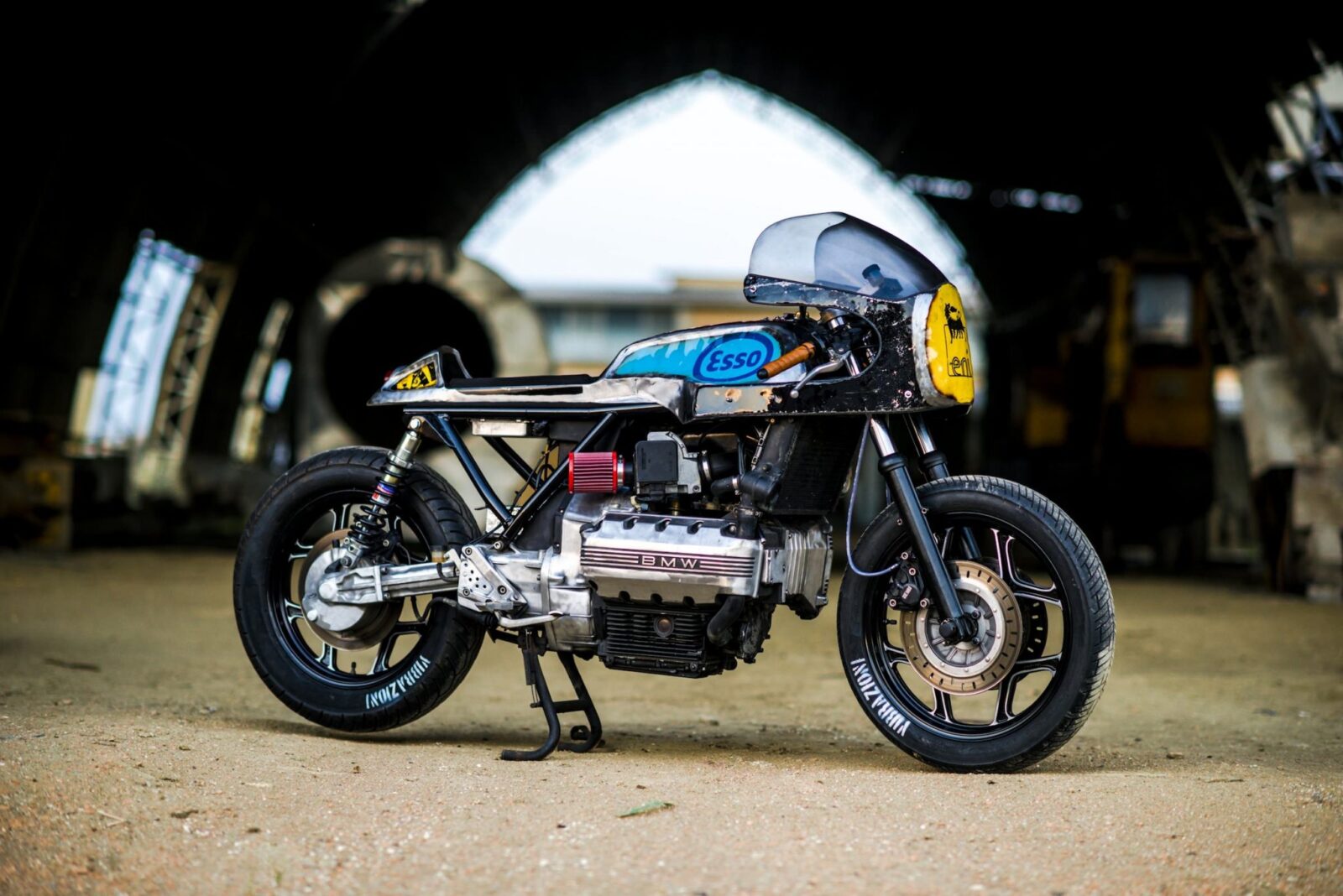 The BMW K100 is not a motorcycle that one usually associates with cafe racers, or customs of any sort for that matter. The bike itself is a fascinating piece of BMW Motorrad history and surprisingly they remain quite cheap in many markets, despite their recent ascent to vintage status and the huge popularity of the German marque’s earlier air-cooled models.

In the early ’80s BMW engineers were faced with a continuing challenge from their Japanese counterparts, 4-cylinder, water-cooled engines were becoming commonplace and the performance improvements had seen many previously die-hard BMW fans buying Hondas, Yamahas and Suzukis.

The solution to this, the Germans realised, was to develop a flat four of their own. Rather than starting from scratch a 987cc car engine that was in use by Peugeot was sourced, the engineers decided to lay it flat on its side to lower the centre of gravity and allow the crank to line up nicely with the drive shaft on the right hand side. Some minor modifications to the engine were needed to avoid oil starvation and to make certain that the emissions would pass the relatively strict EU testing that was being implemented in the same era.

By 1983 the all-new BMW K100 was ready and was released to the general public, its reception was a little tentative at first, the orientation of the engine was something that no-one had seen since the days before WWII, but by the mid-80s the bike was a resounding success.

It would stay in production with only relatively minor modifications from ’83 to ’92 and it would go on to be used as the base for the BMW K1, a personal favourite from the decade of synth-pop and day-glo. Today, over 20 years after the bike was taken out of production, there remains a huge number of them on the road, a testament to their longevity and broad appeal. 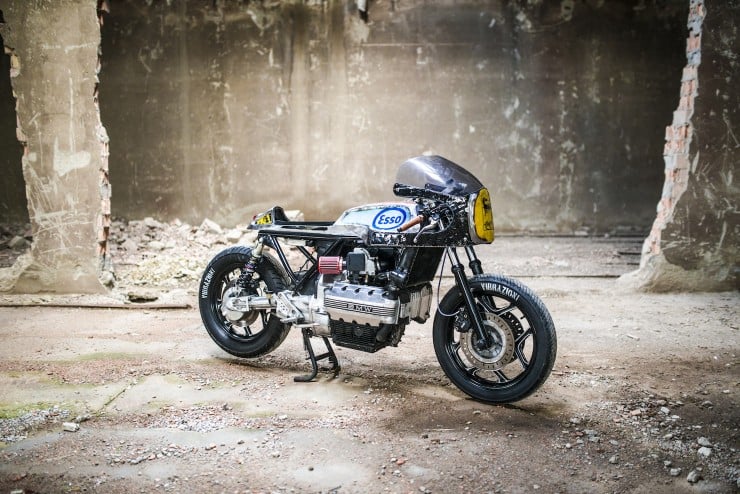 The K100 you see pictured here is the work of Vibrazioni Art Design, a small Italian furniture atelier that specialises in hand building arm chairs, cabinets, tables, stools and anything else you can imagine from old discarded oil drums.

Before long Alberto Dassasso and Riccardo Zanobini, the proprietors of VAD, decided to turn this knack for recycling industrial waste towards their passion for vintage motorcycles, a 1985 BMW K100 RS was sourced in a nearby town and the build began. The design brief was simply to build a cafe racer in the spirit of the endurance racers of the ’70s and ’80s, a new fuel tank and fairing was hand-beaten from a single oil drum and a half-fairing was added to the front end.

The rear subframe was cropped and shortened, a new set of performance shocks were added and the front springs were lowered 80mm to tighten them up and lean the bike forwards a little. The original air box was removed and the internal section of the frame was tidied, the original instrument cluster was removed and replaced with a simple speedometer coupled with an on/off switch and a button for the light.

The final product looks like the sort of thing that Mad Max would have ridden if there was an endurance race after the end of the world, that huge K100 engine looks fantastic with the original fairings out of the way and the tidier, more open rear of the bike looks far better than the original.

If you’d like to see more from Vibrazioni Art Design you can click the link, and if you’re anything like me you’ll spend the next couple of hours trawling eBay looking at K100s and trying to convince the Mrs that you really do need one. 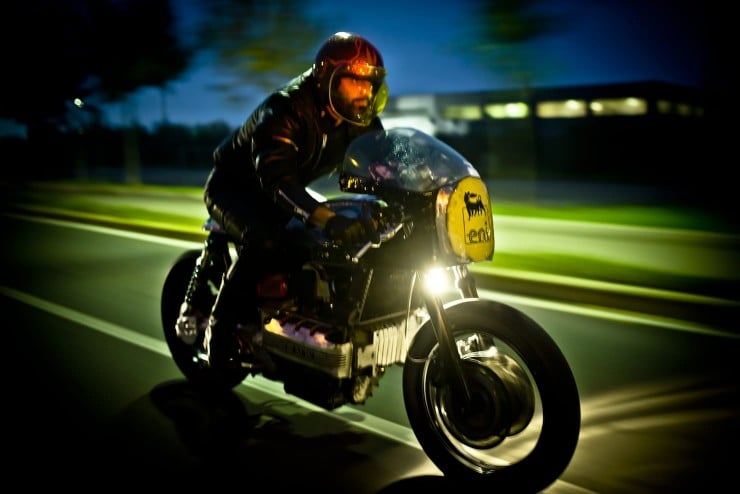 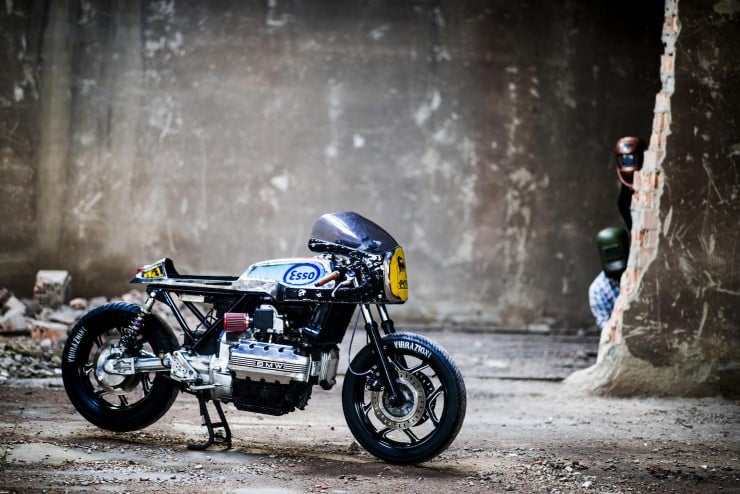 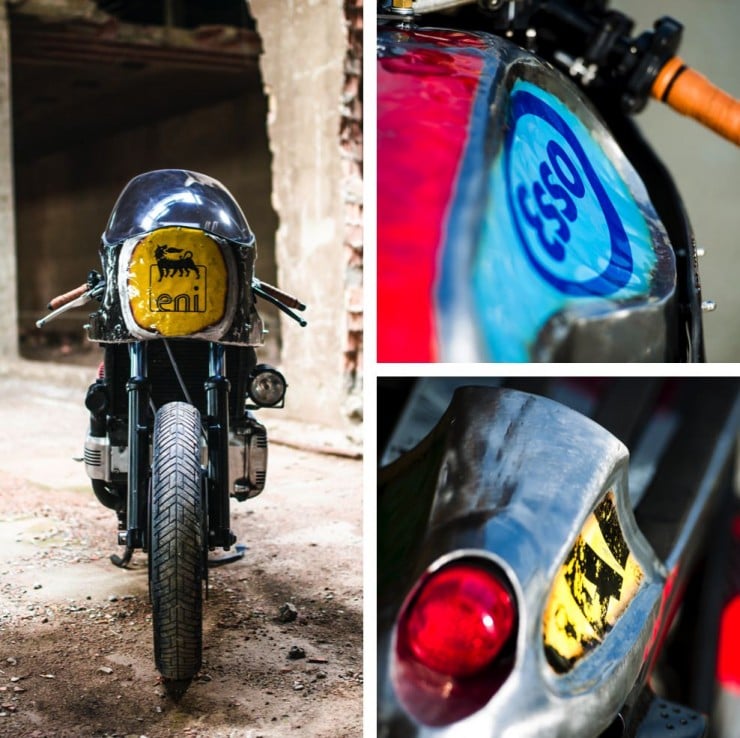 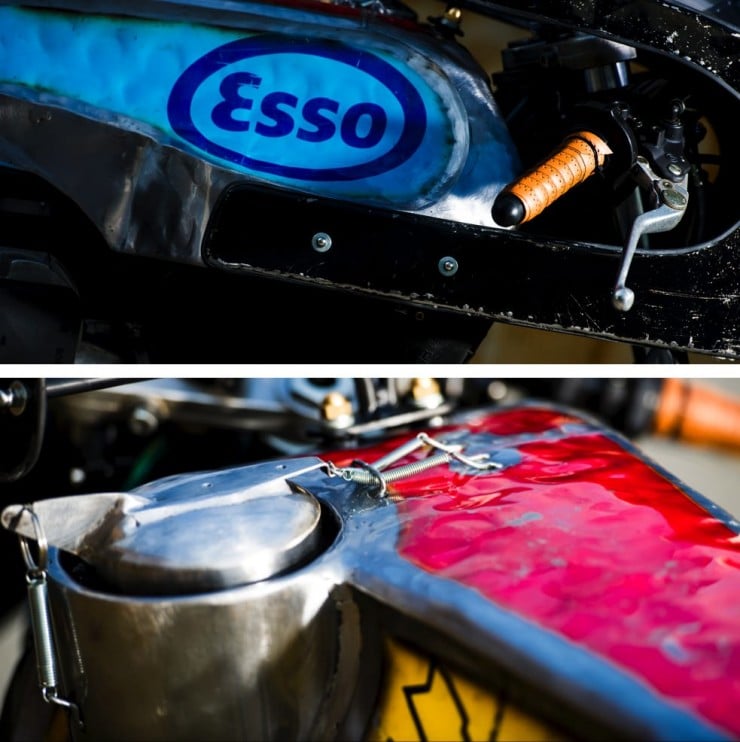 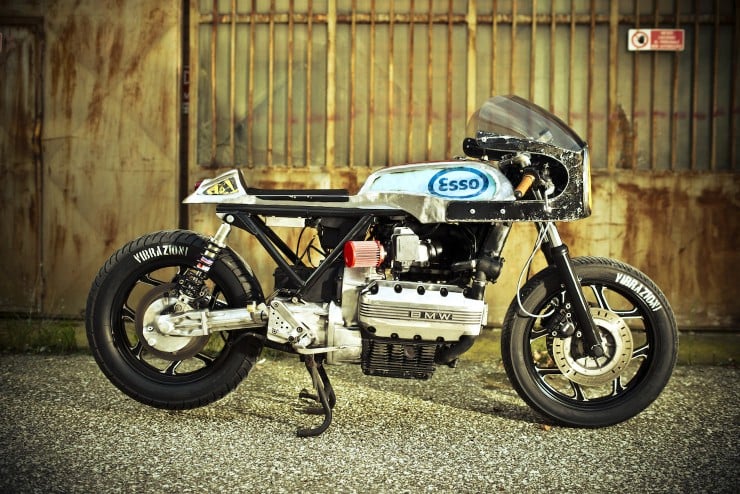 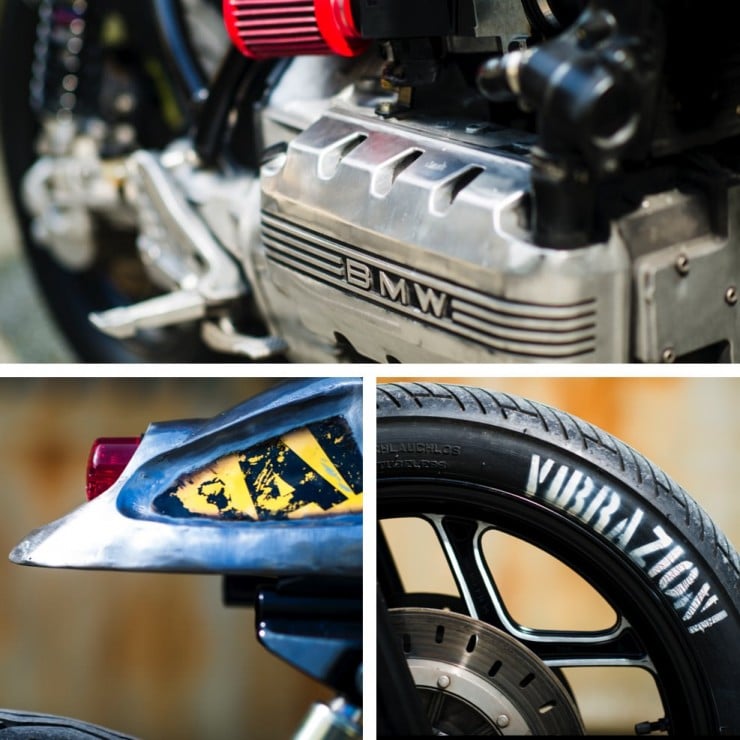 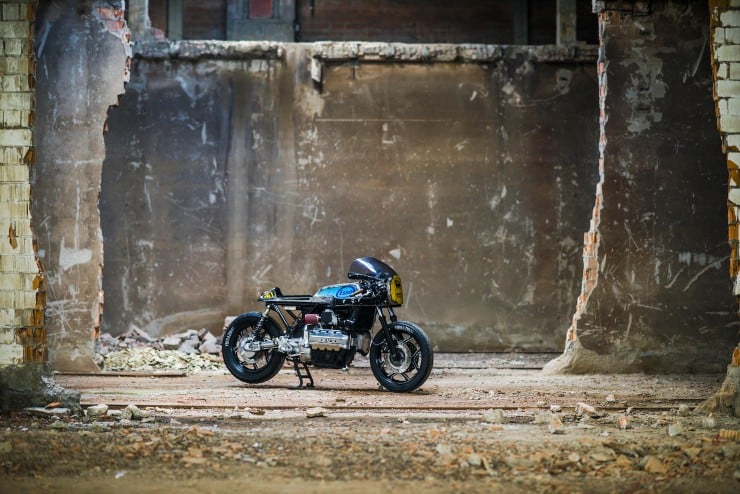 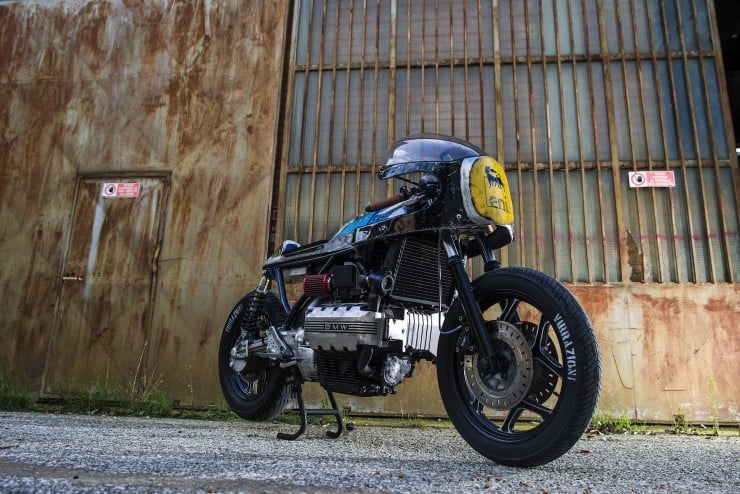 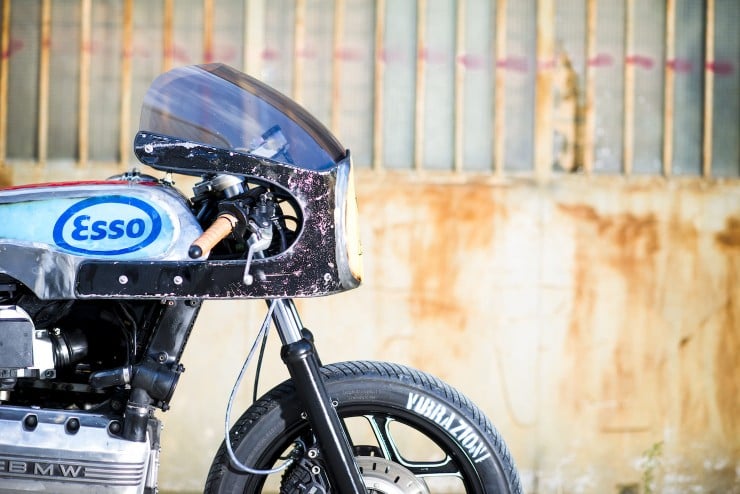 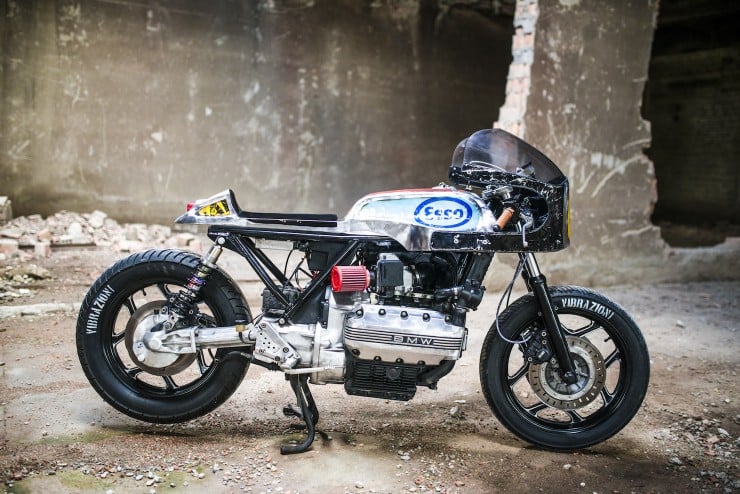 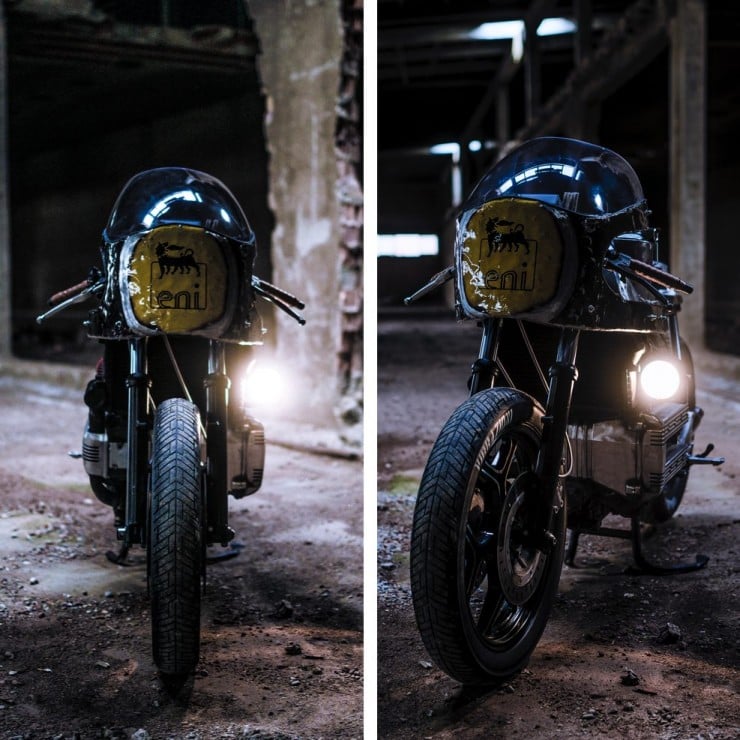 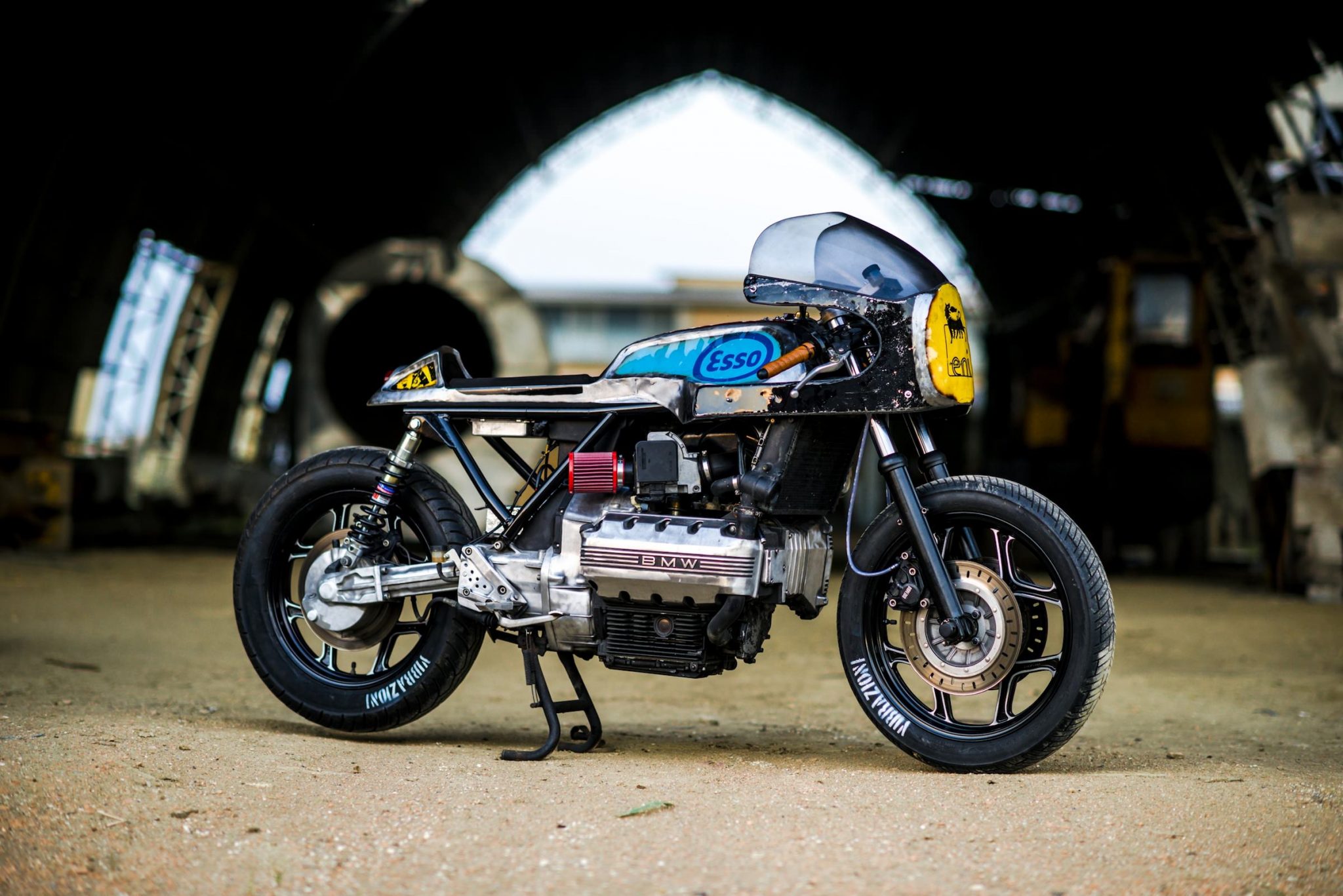