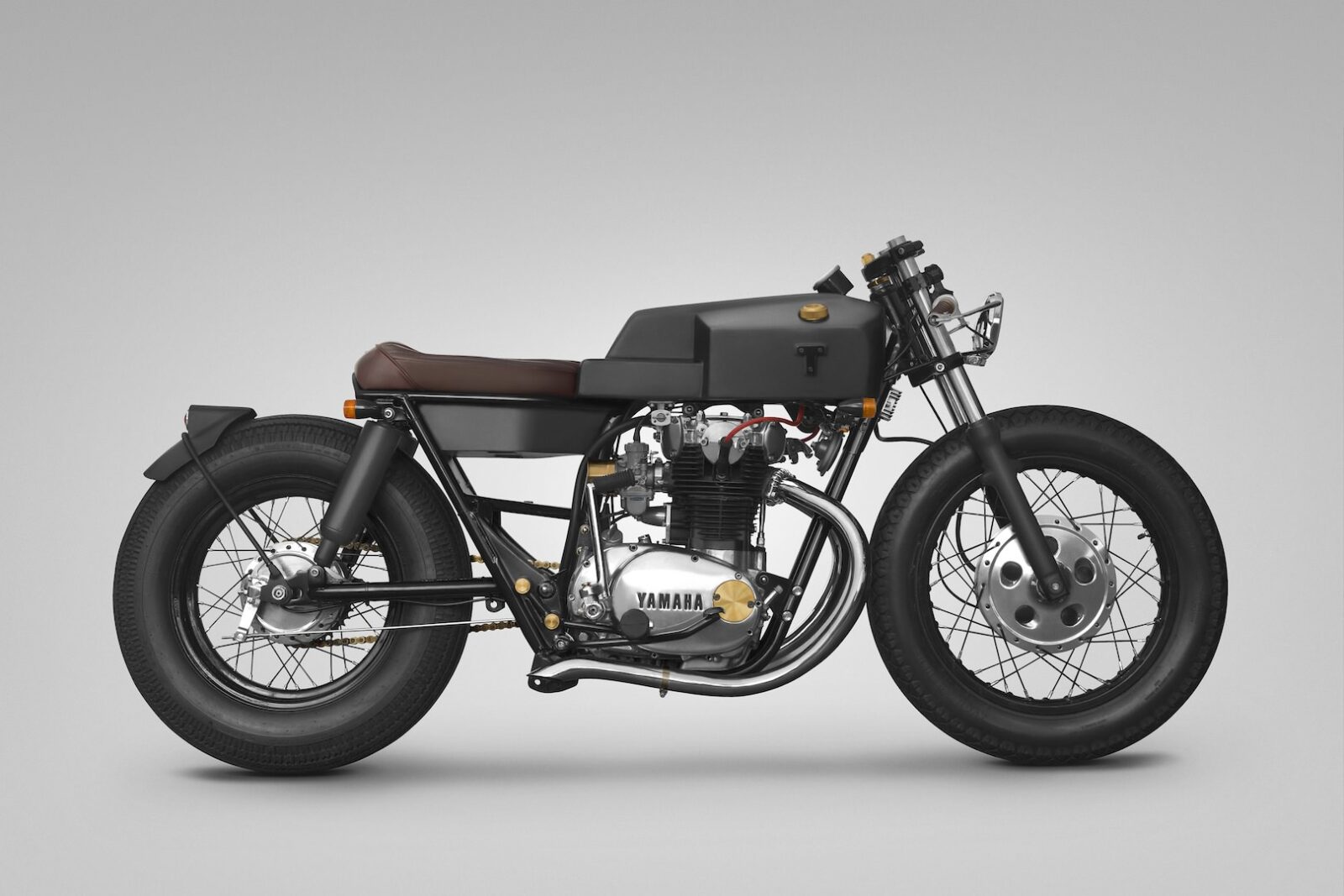 The Yamaha XS650 is a remarkably versatile motorcycle, we’ve seen them customised into cafe racers, flat trackers, choppers, bobbers, scramblers and just about anything else you can possibly imagine. That said, I think it’s safe to say that we’ve never seen one that looked quite like this.

Perhaps not surprisingly, the Yamaha XS650 is a rare motorcycle in Indonesia. The relatively small but highly populated island chain is overflowing with buzzing little motorcycles in the 50cc to 125cc range with anything over 250cc being considered “big” –  the caused some significant difficulty for the team at Thrive Motorcycles when they were approached by a new client who wanted a Yamaha XS650 custom and adamantly refused to be talked out of it.

The search for a useable XS650 began and took almost 2 years, finally a worse for wear example was discovered, purchased and transported in the back of a van to the Thrive Motorcycles HQ in Jakarta. The timeline for the build was just 6 weeks due to the fact that the client wanted to launch the finished bike with the launch of Esre Denim at Kustomfest 2013.

With the compressed timeline added to the difficulty of working for the first time with the 650cc Yamaha the team at Thrive sat down with then client and asked them “What is on your mind right here, right now? It could be anything, just tell us”. He thought for a moment and then looked at them and said “wood burning stove”. 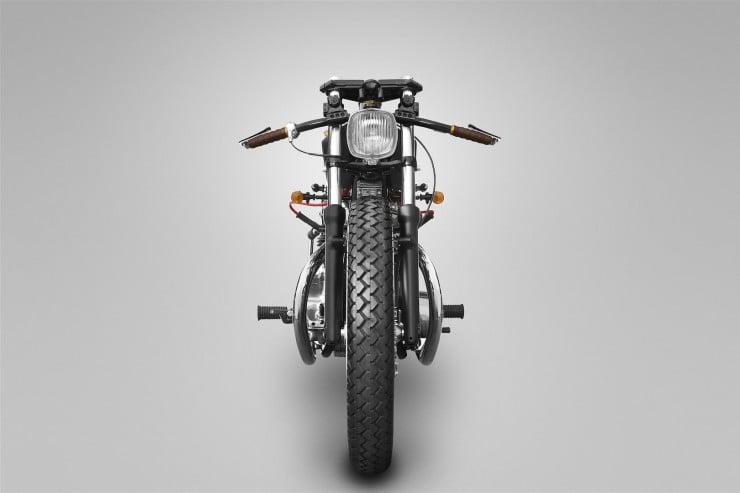 I’m willing to be good money that this is the first time that a stove has been chosen as the inspiration for a custom motorcycle, the guys at Thrive think so too and as a result of the unusual request they spent a week online researching wood burning stoves – something that many of them had never seen in person due to Indonesia’s tropical climate.

They finally settled on the Mendip Loxton stove from England and the build began. The first task was a full engine teardown and rebuild followed by a restoration of the gearbox. The frame was then detabbed and cleaned before having its rear end cropped, a black satin coat of paint was then applied and the newly refurbished engine was bolted into place.

The unusual fuel tank had to be fabricated by hand before being painted matte black and paired with a handmade leather saddle. A pair of clip-on handlebars were added with leather wrapped grips, a square headlight replaced the original circular unit and a new set of low-profile blinkers were added front and back.

One of the more unusual elements has to be that rear fender, it’s been cleverly designed to house the stop light and was angled to catch spray at speeds of under 40mph – about as fast as you’d ever want to go in the rain on the busy streets of Jakarta.

Somewhat impressively, they managed to hit the 6 week deadline with time to spare with the photographs you see here having been snapped just before the bike left for the showroom floor. Thrive have a fascinating back catalogue of motorcycles that are all well worth a look, you can click here to Like them on Facebook or click here to Follow them on Instagram. 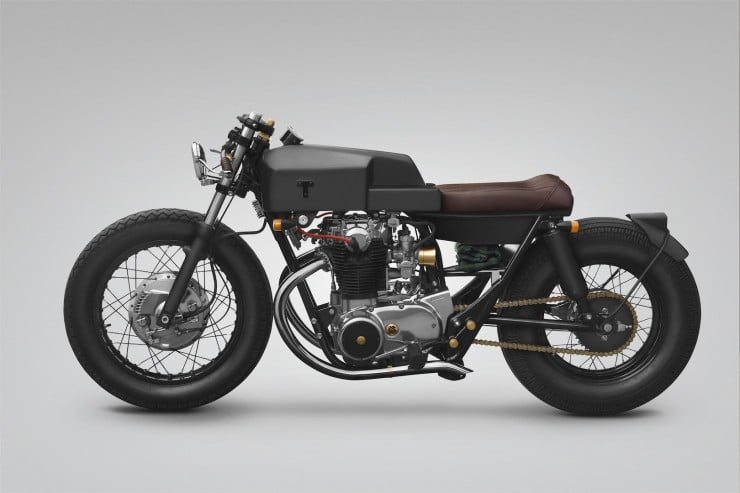 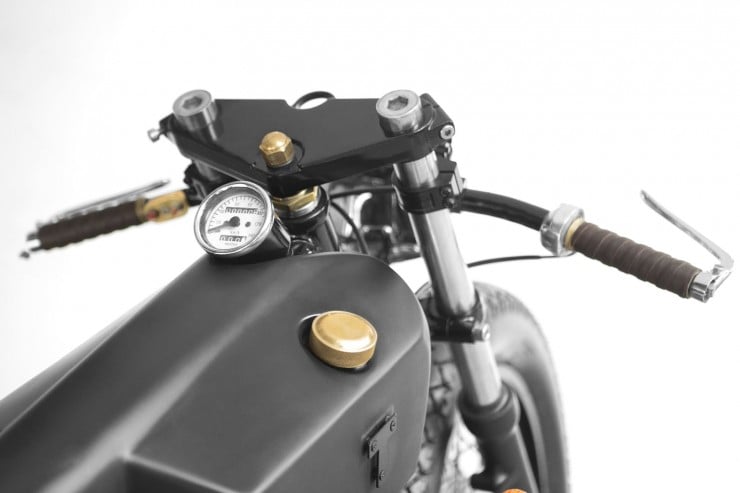 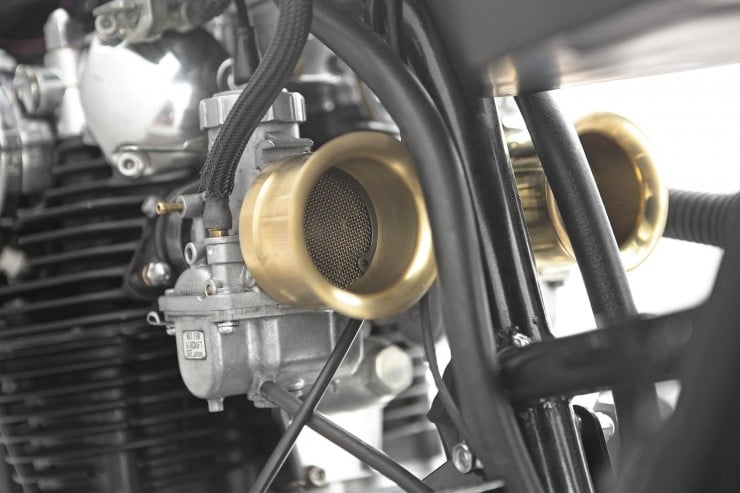 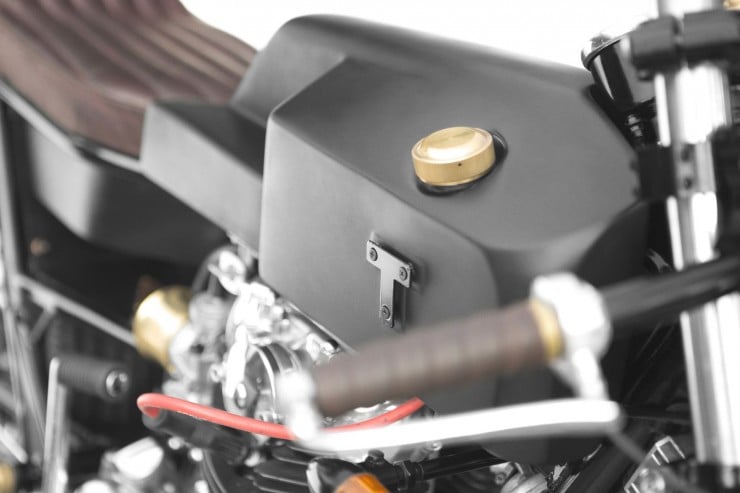 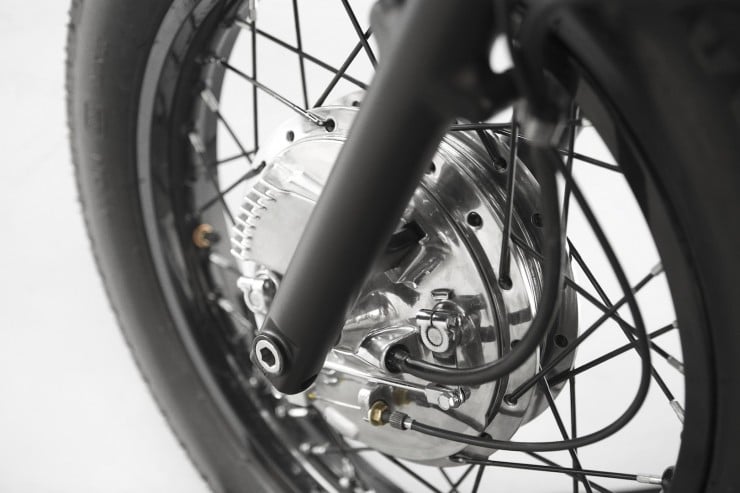 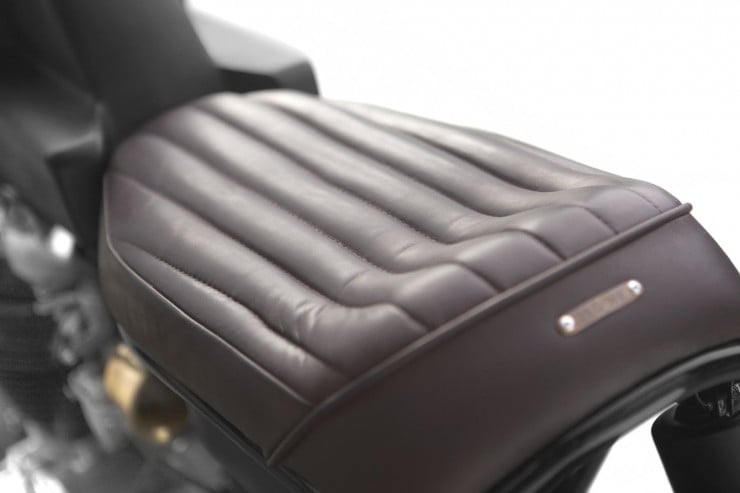 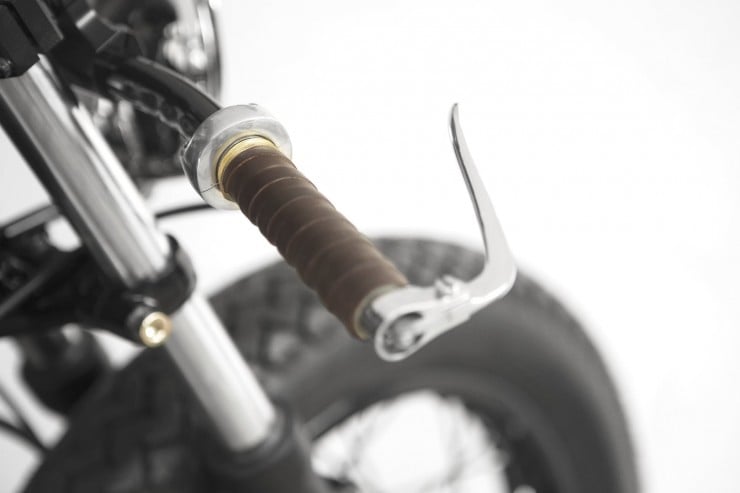 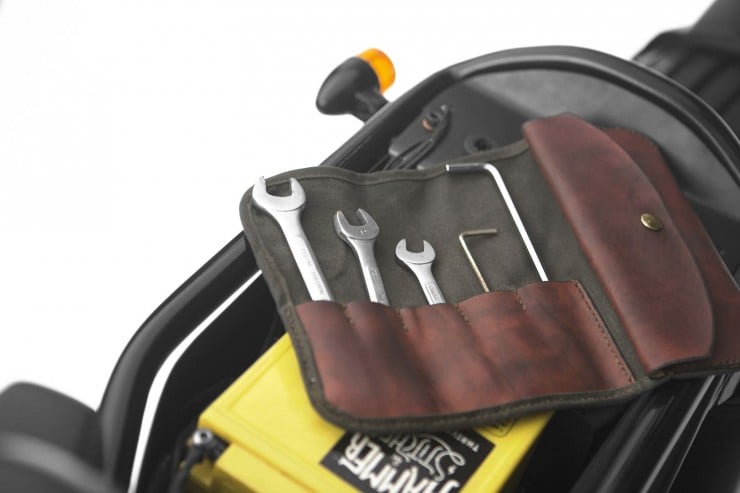 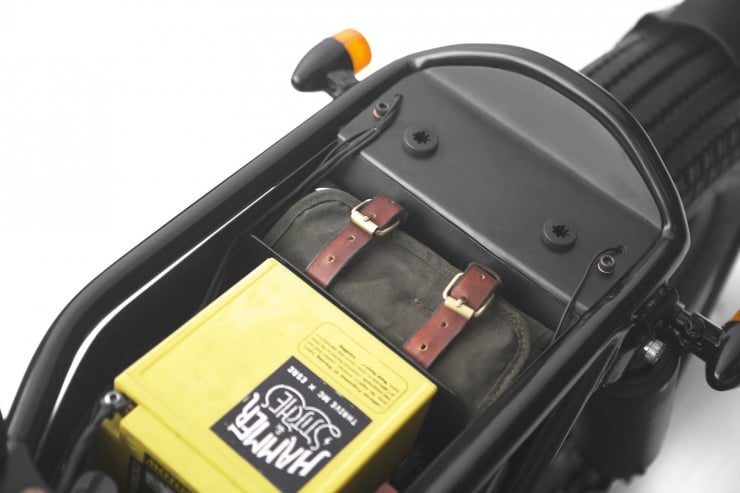 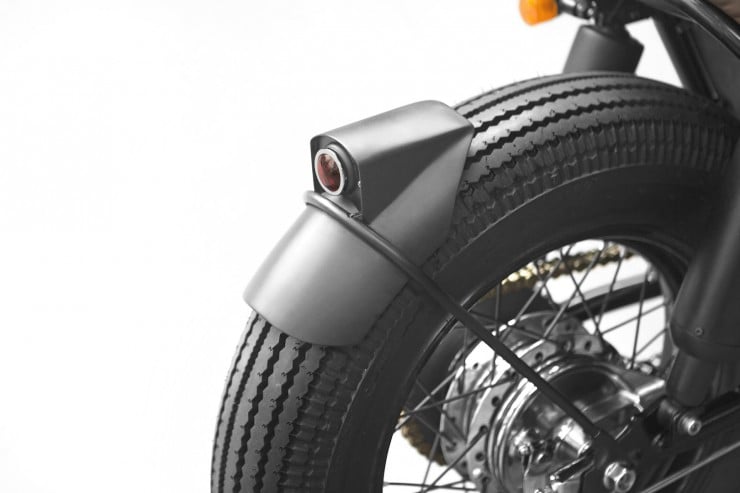 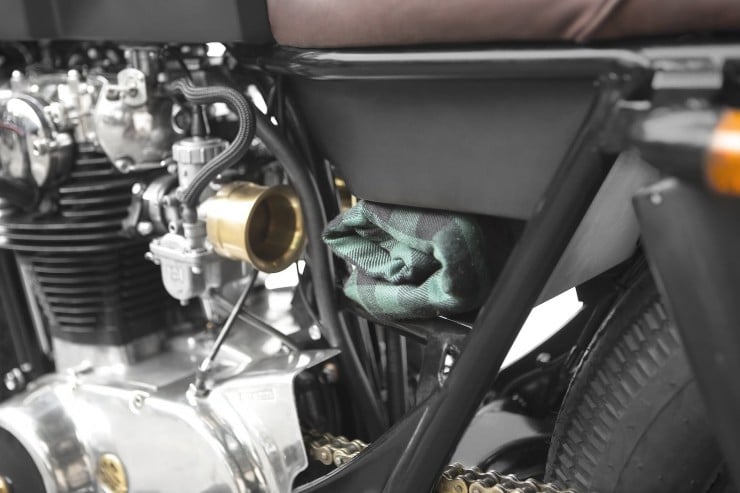 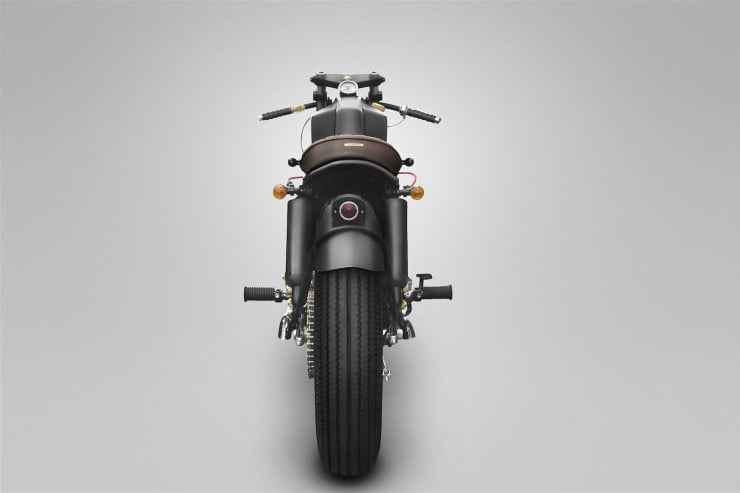 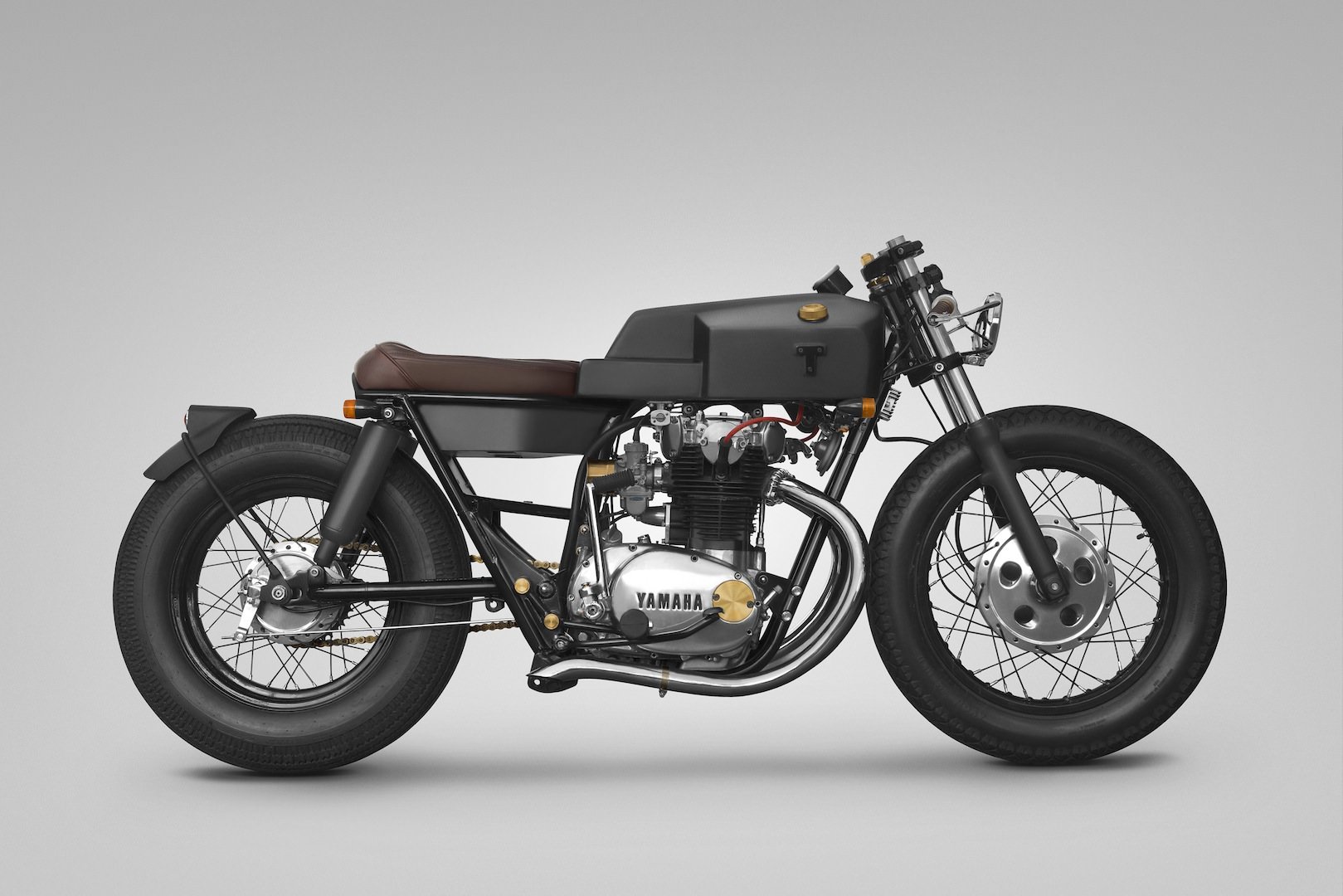