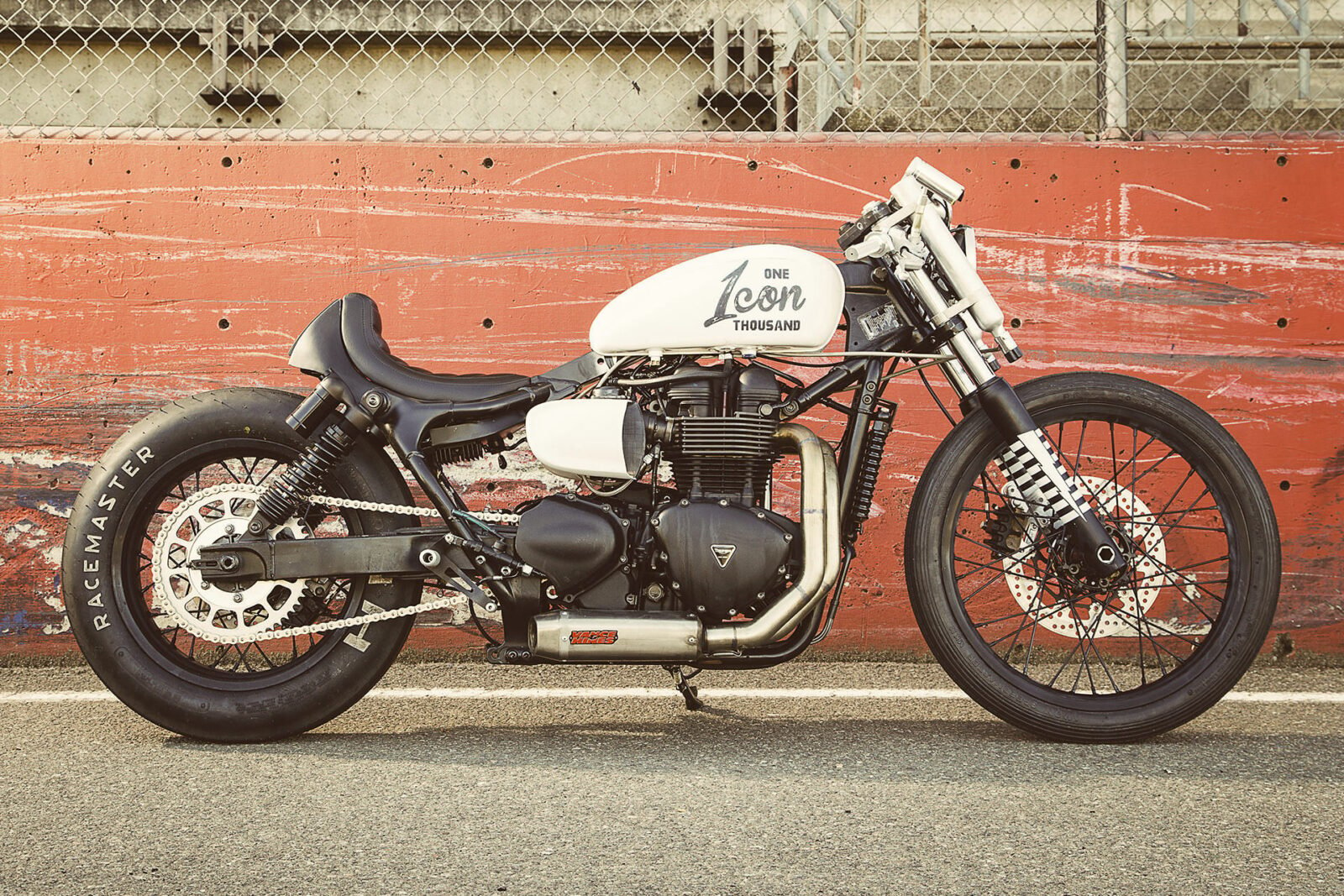 The Speedmaster by Icon is the second custom motorcycle developed jointly between the Portland-based motorcycle gear company and Triumph North America, whenever Icon releases a new custom it attracts a significant amount of attention from all corners of the moto-globe, and this nitrous-oxide huffing drag bike is no exception.

It started life as a factory fresh 2013 Triumph Speedmaster, an exceedingly popular bike in the USA and largely favoured by riders who want a refined, large capacity cruiser. Powered by an air-cooled, DOHC parallel-twin with a capacity of 865cc the Speedmaster has a modern, multi-plate wet clutch, 5-speed transmission and multipoint sequential electronic fuel injection.

Icon decided to take the Speedmaster and create a modern version of the classic American drag bike, the first order of business was a fully functioning nitrous-oxide system that would play nice with the fuel injection, a fork-mounted, twin-cylinder wet nitrous kit was chosen and bolted into place on either side of the headlight.

Once the NO2 had been fitted it was important to make sure the engine could breathe freely, so a Vance and Hines custom exhaust was installed and K&N pod filters were bolted in place of the stock air box. An M & H Racemaster drag slick was added on the rear and an Avon Speedmaster was fitted up front, the fuel tank was replaced with a smaller and lighter 1960 BSA C15 unit.

In order to stop the rider from sliding off the seat and having his gentials shredded into the air intakes, a new curved seat from New Church Moto was sourced and firmly bolted into place. The completed Triumph is now being ridden in Portland (by those who dare) and will eventually take its place in Icon’s collection of custom bikes.

You can click to visit Icon, or head over to Triumph and take a look at the 2013 Triumph Speedmaster. 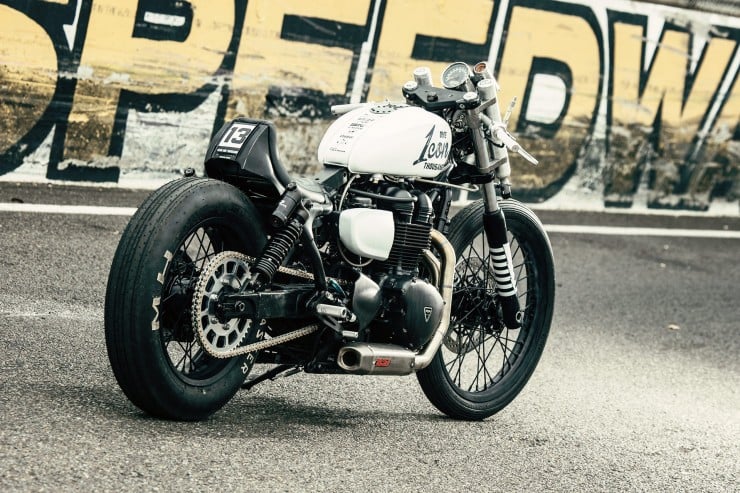 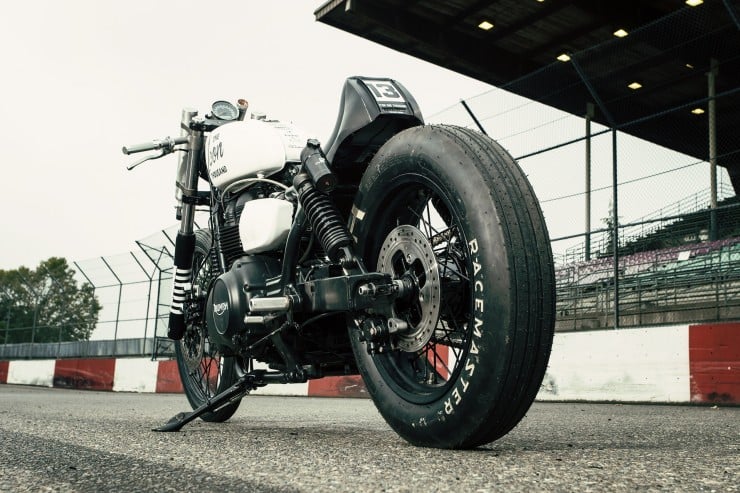 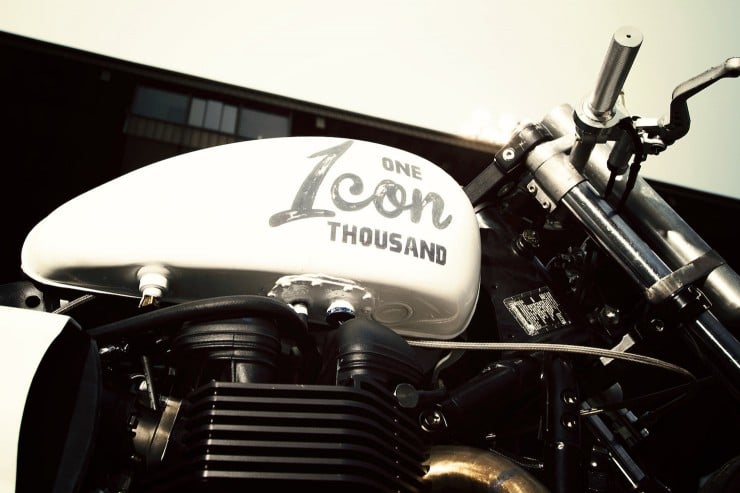 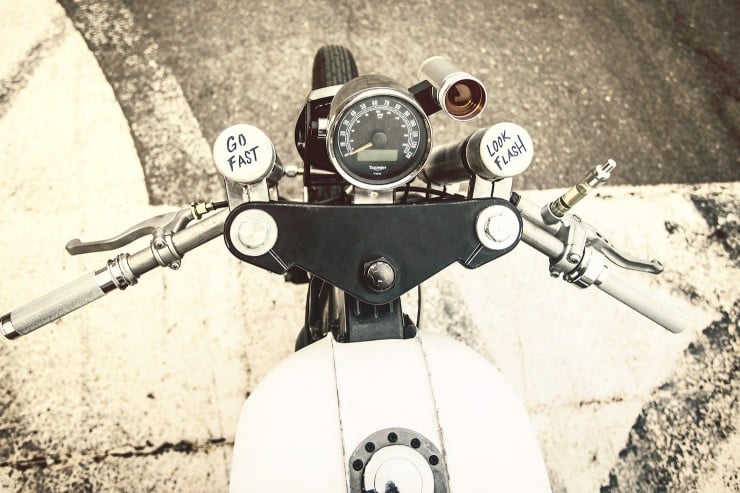 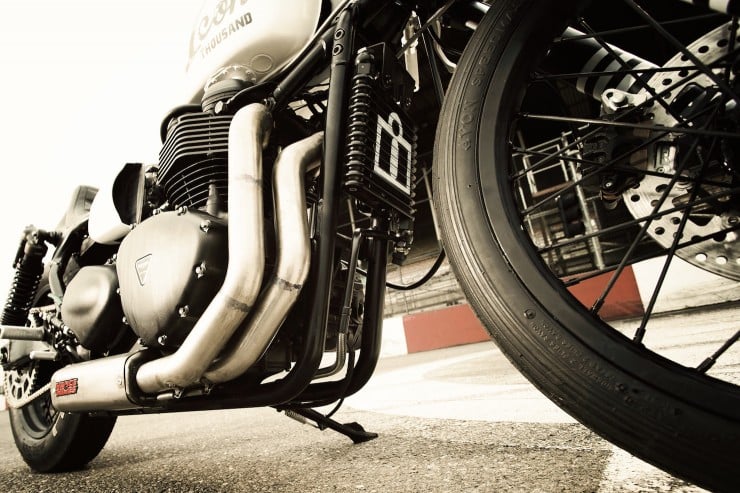 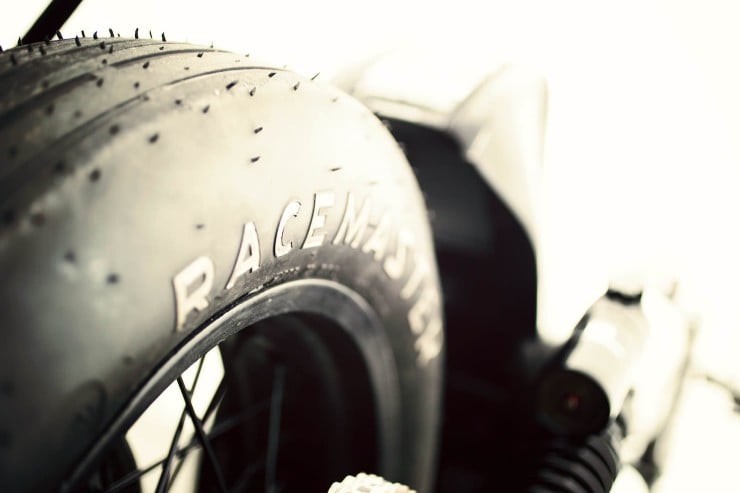 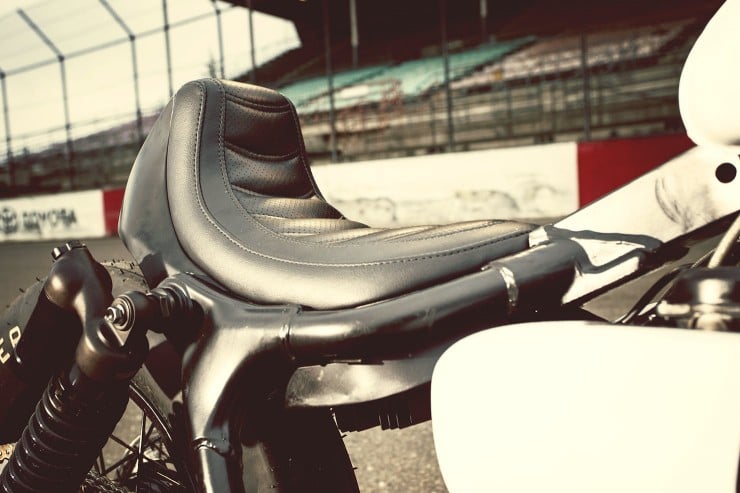 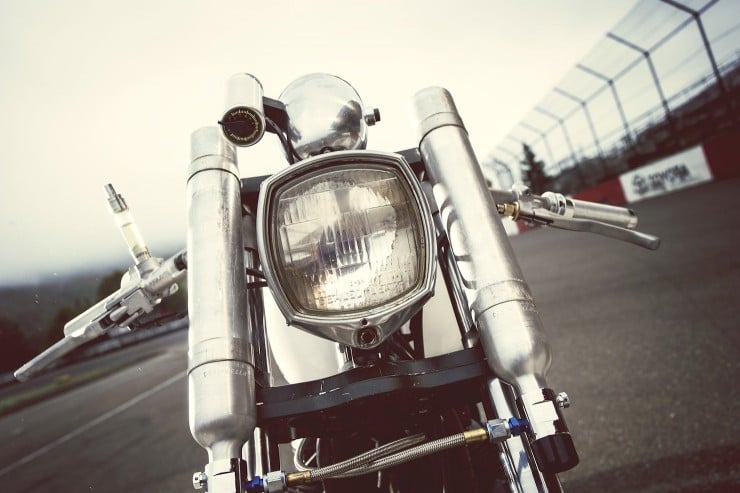 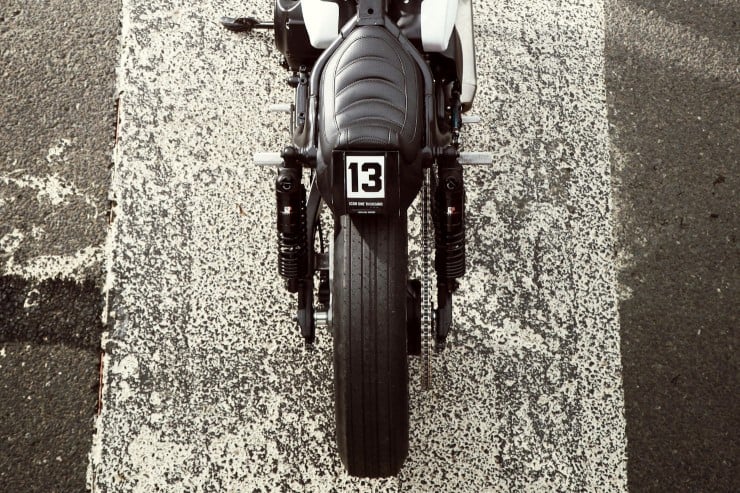 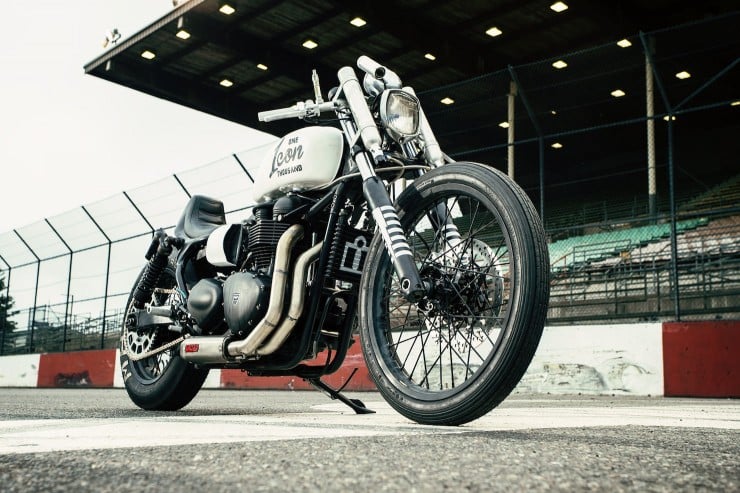 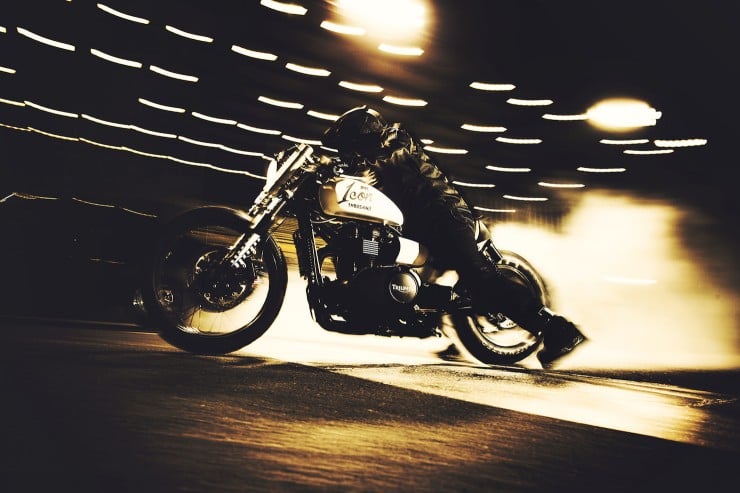 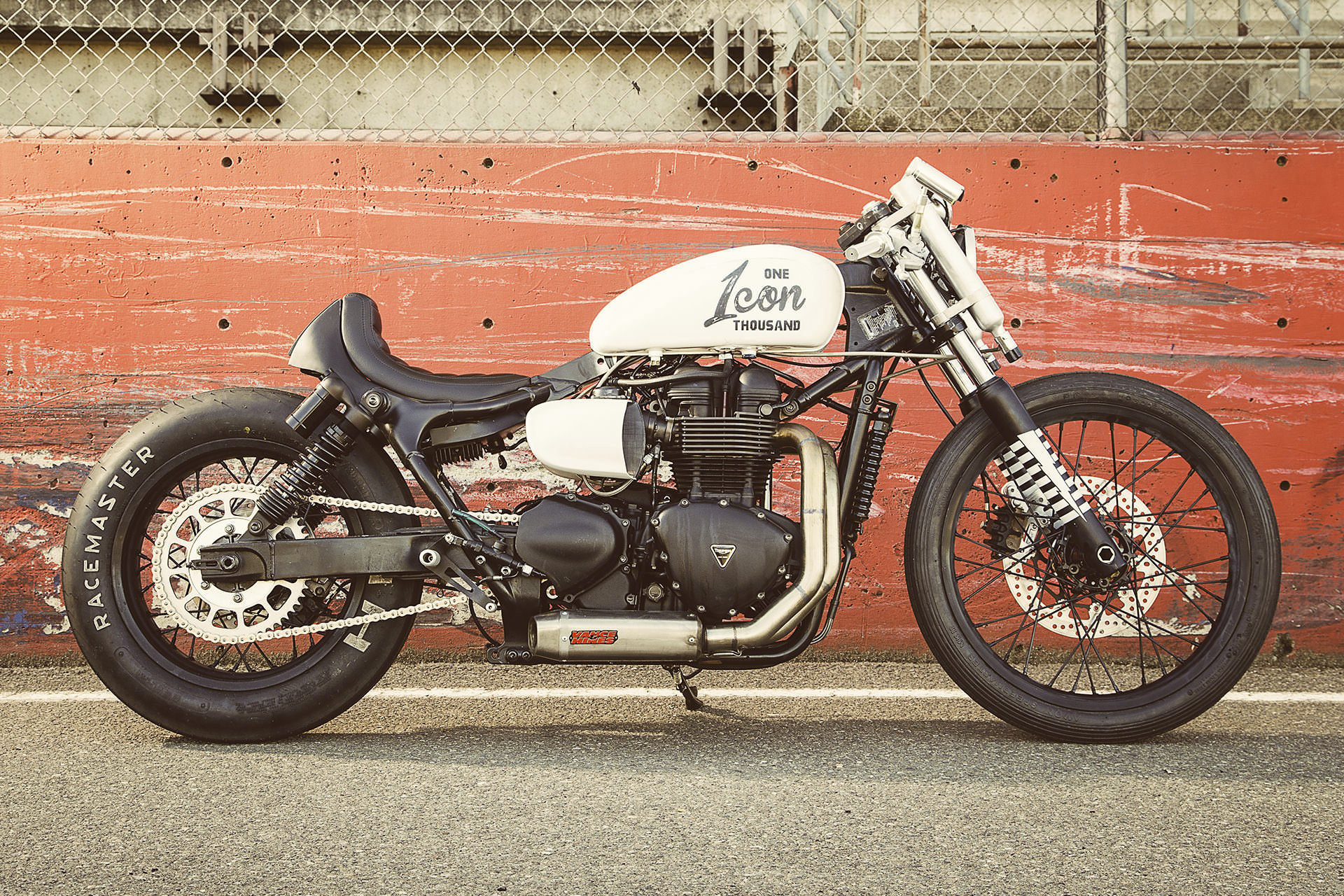