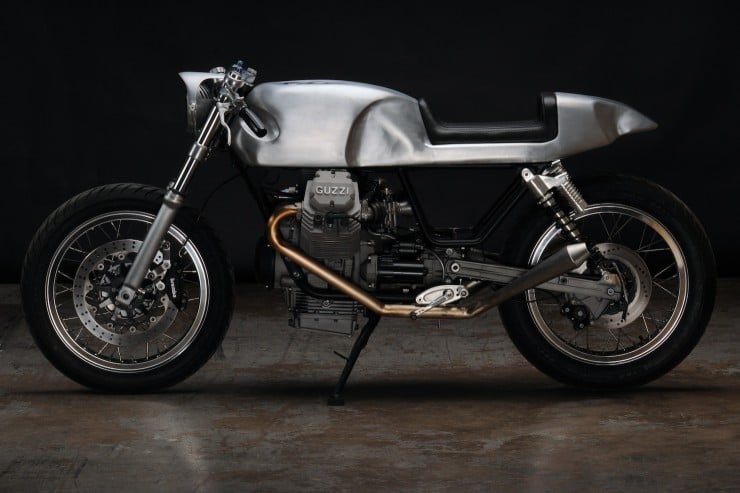 Introduced in 2007 the Moto Guzzi V7 Classic represented the Italian marque’s step into the world of retro-styled motorcycles with modern underpinnings. Triumph and Ducati had both been catering to the genre for years with significant sales successes, which was enough to encourage the bean-counters at Moto Guzzi to approve the V7 project for a production run.

Based on the original V7 series of motorcycles from the ’60s and ’70s, the new V7 series would feature the iconic Moto Guzzi transverse V-twin – considered by many to be one of the best looking motorcycle engines ever conceived.

This V7 by Revival Cycles is a fantastic look at the model through the eyes of the 7 builders that make up Revival, their aim was to create a modern bike that evoked the spirit of the classic original – a feat they achieved with a hefty dose of brushed aluminium perfection. 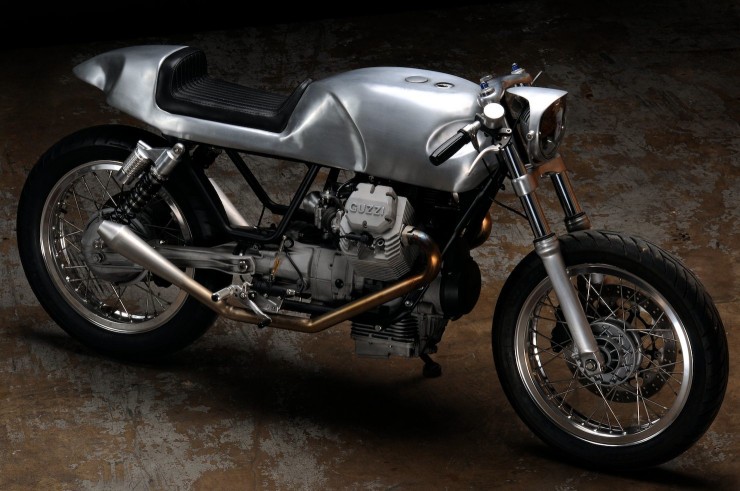 The most immediately noticeable feature on this build has to be that single-piece fuel tank, seat and rear cowling. It was all handmade from aluminium in-house and the fuel tank hides a built in fuel pump and Motogadget gauge that tracks RPM, speed, oil, fuel and mileage – all without cluttering the handlebars.

The suspension on the V7 was removed and replaced with custom-built CNC triple trees, headlight brackets, headlight housing and milled down and worked over Yamaha R6 adjustable forks. The rear springs were custom made by Works Suspension out of California specifically for this machine, as a result of these changes the handling is reportedly much improved.

If you’d like to see the “making of” pictures of this bike being built you can click here, alternatively you can visit Revival Cycles here to see more of their work. 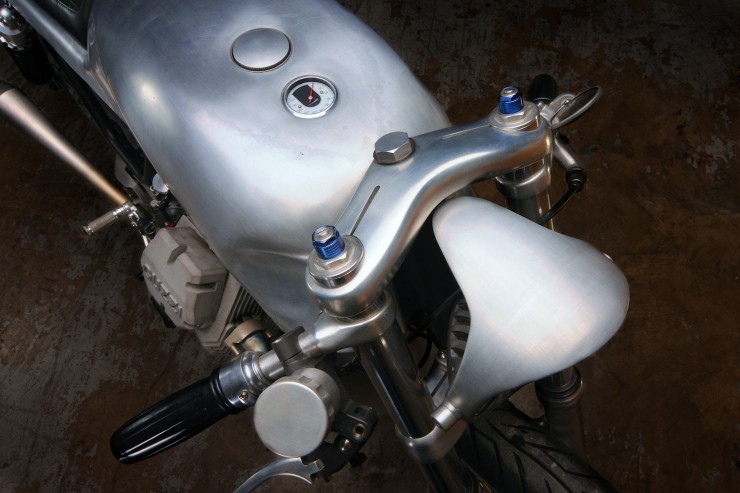 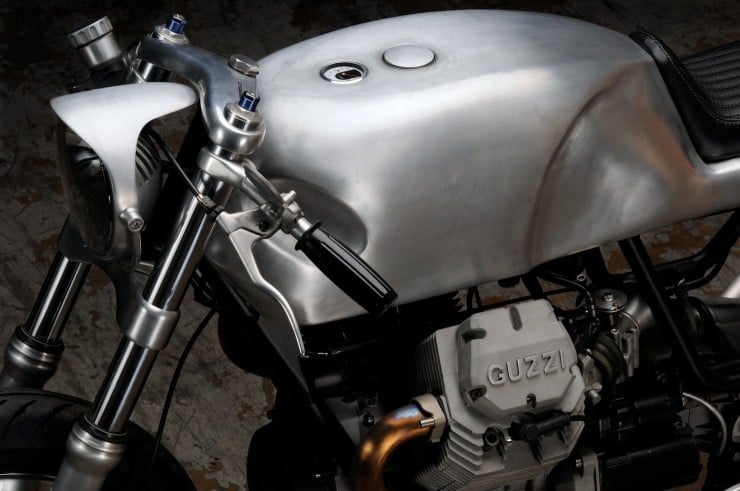 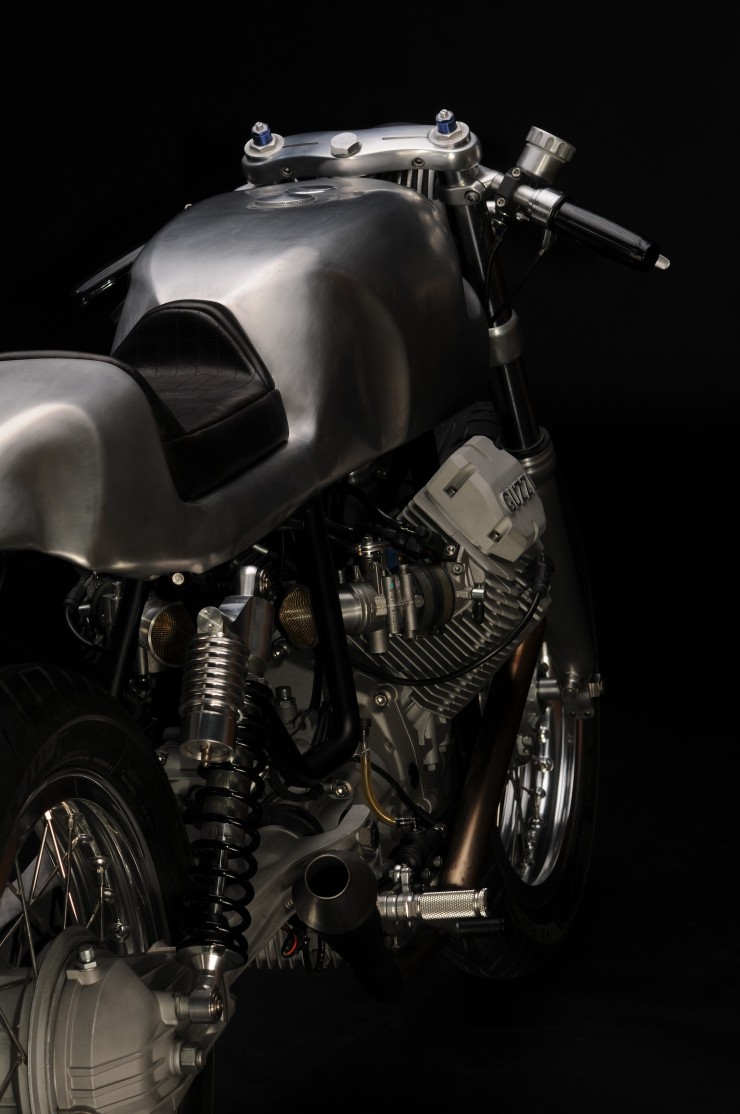 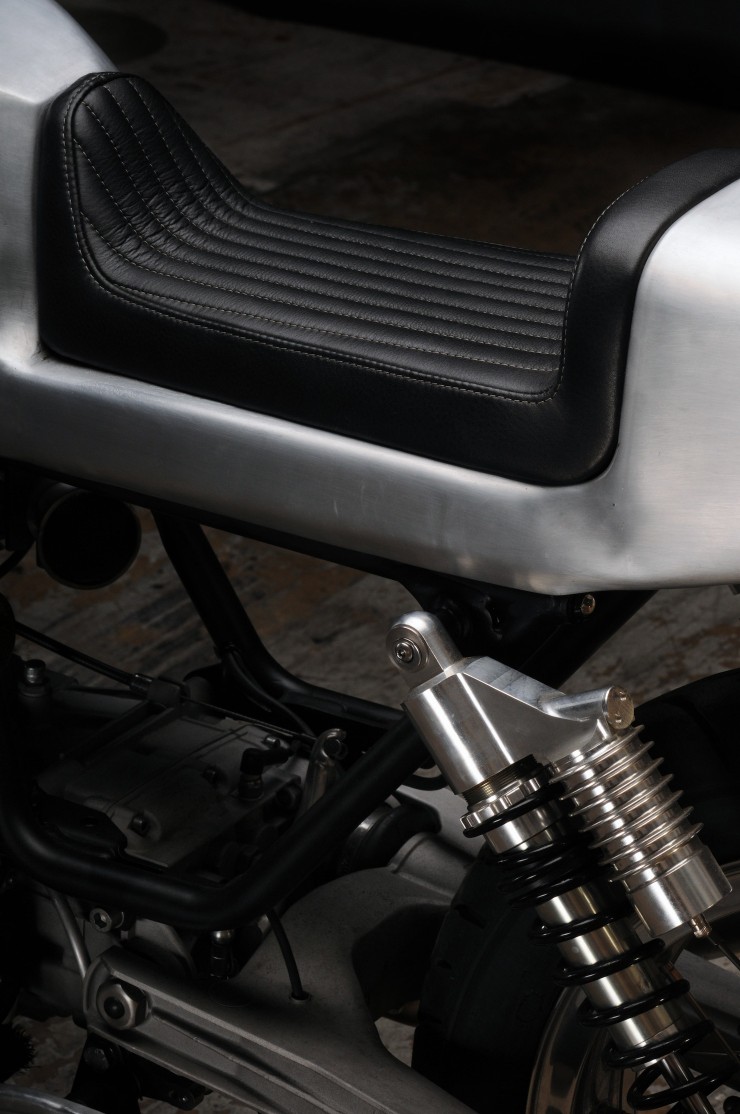 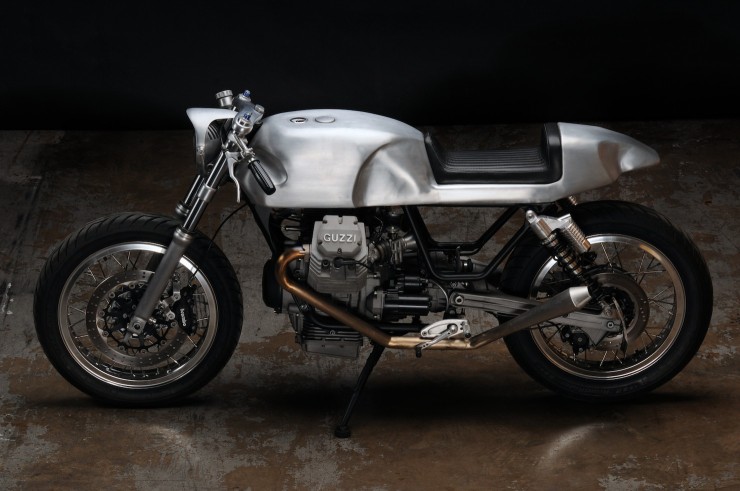 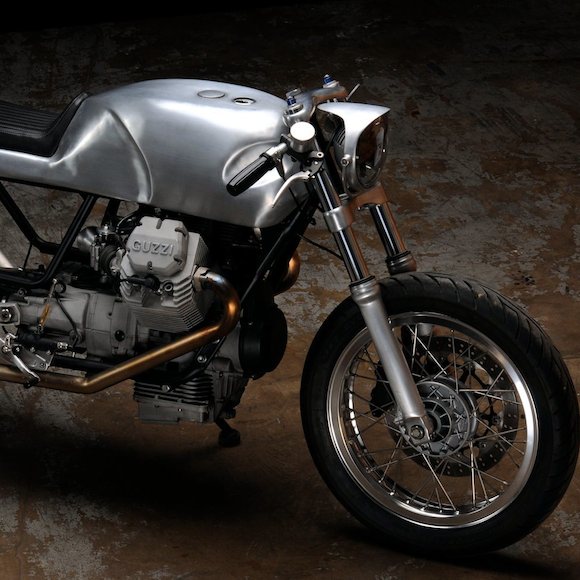