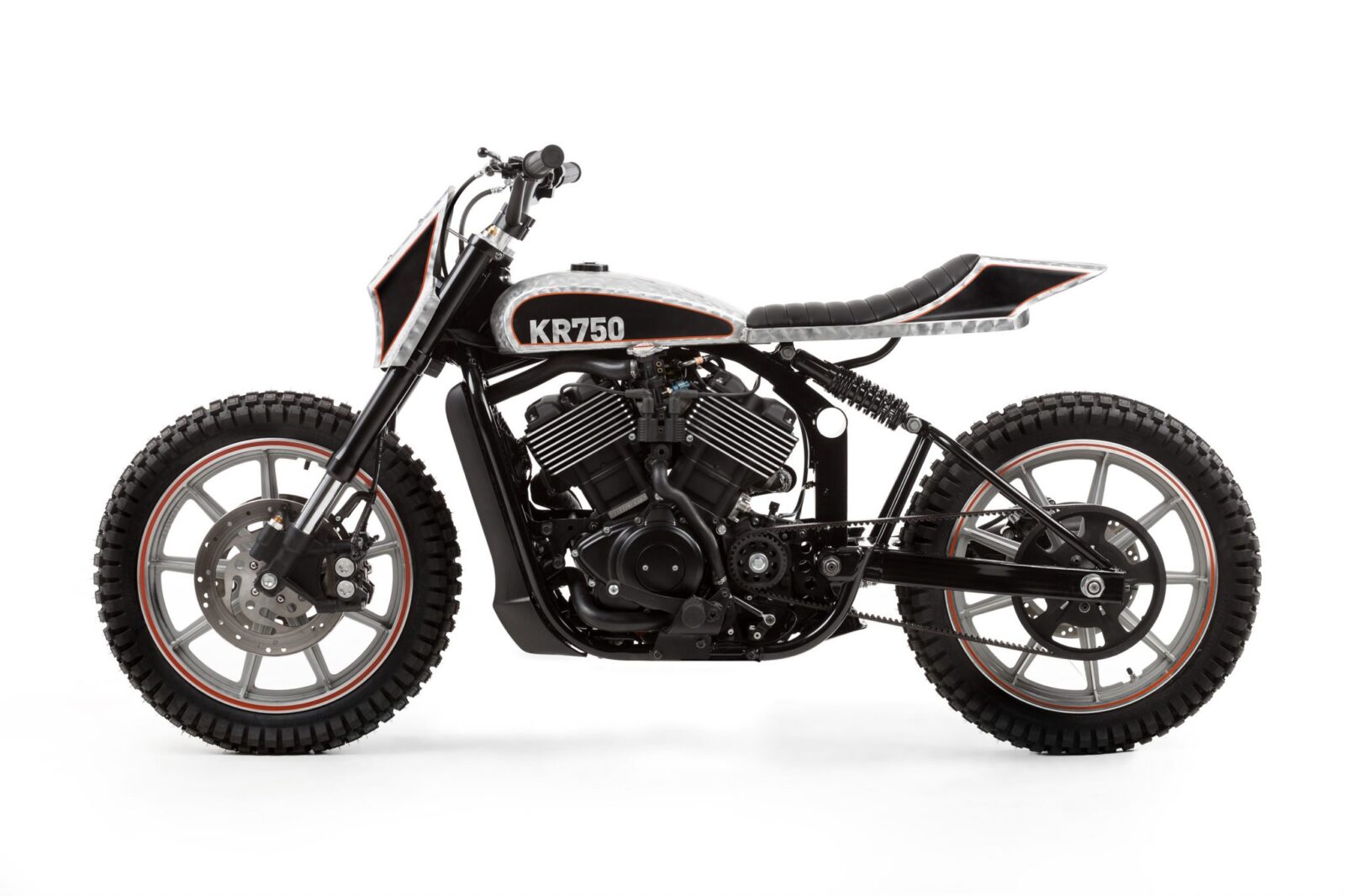 The new Harley-Davidson Street 750 represents a new direction for the 111 year old motorcycle marque – It’s a liquid-cooled bike targeted directly at a younger demographic with a focus on both established and emerging markets.

As you can probably imagine, the decision to use liquid-cooling is always going to be controversial for a company that’s almost synonymous with the concept of air-cooling. It’s vaguely reminiscent of when Porsche went from air to liquid-cooling for their 911 in 1998 (the uproar is still ringing in my ears all these years later), so it’s perhaps fitting that Harley’s first liquid-cooled engine was developed in conjunction with Porsche for the VRSC project that launched in 2001.

Over the past few months Harley have been approaching custom motorcycle builders with showroom stock Street 750s and giving them free reign to create whatever their heart desires, in this particular instance the Australian wing of HD went to the team at Kustom Kommune in Melbourne with a still-in-crate 750 and left them to it.

The Melbournian garage looked at the engine capacity and decided to create a modern example of that iconic 1970’s Harley – The XR750. For those unfamiliar with that model, I suggest you click here and catch up before continuing. You’ll be glad you did.

The completed bike is a corker, in fact I think the boffins at Harley should throw some fenders and blinkers on it and sell it as a limited edition release. They won’t of course, but it’s worth noting that the reason they won’t isn’t because the engineers and designers don’t want to – it’s because the bean counters won’t let them. 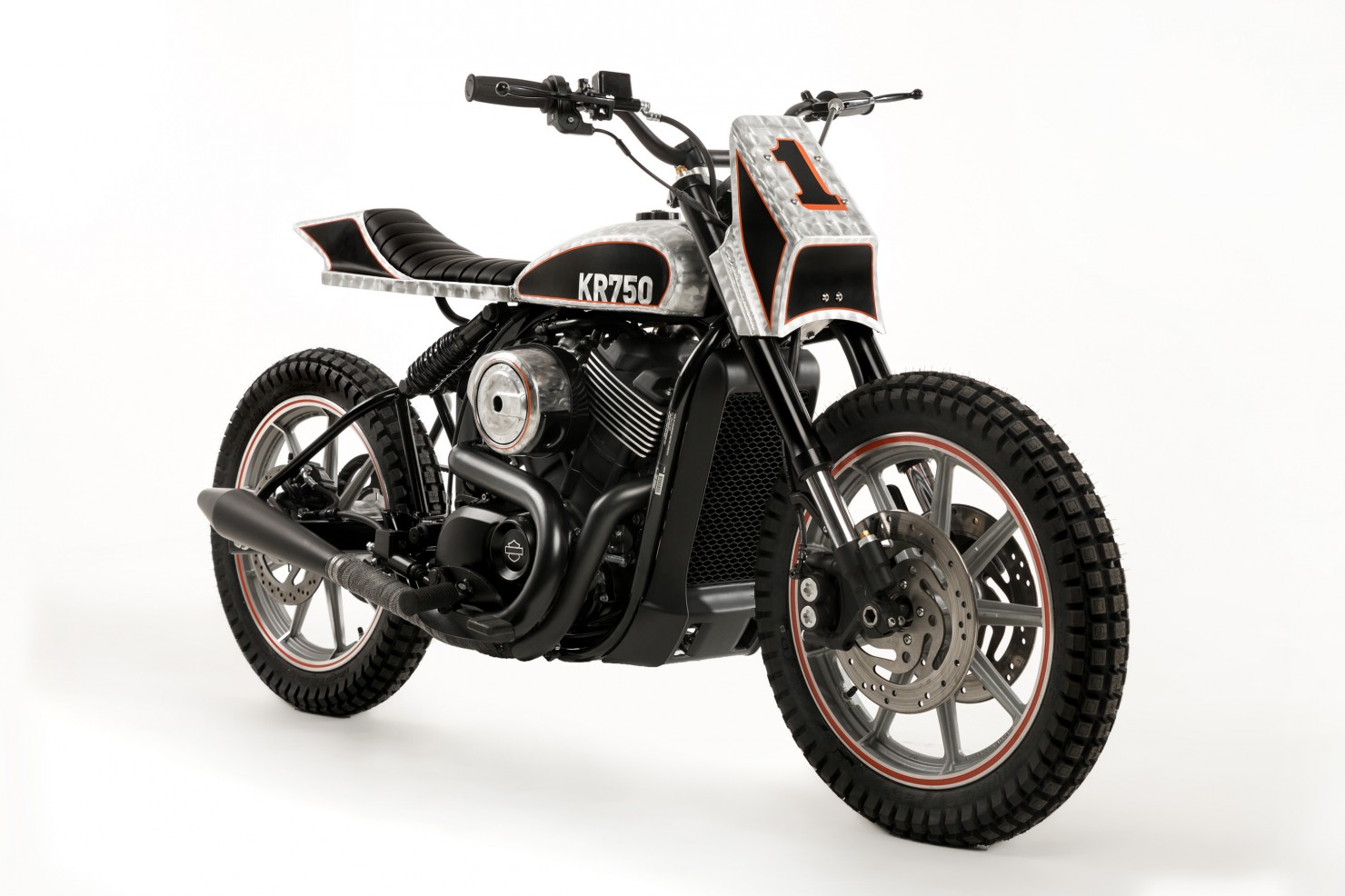 The stock wheels were replaced with a matching pair of 19″ flat track wheels sporting knobbly tires and a pair of twin disks on the front end. As a hat tip to the original bike the belt drive was left in place rather than a chain drive as is the de facto standard for flat track racers, and the original exhaust header was left in place with a new muffler slipped on the back.

Australia is a country over run with party-pooper highway patrol officers and as a result of this, it’s unlikely the KR750 with get any street time, but at the end of the day this is a motorcycle that was built to be thrown sideways on muddy ovals, so hopefully the team at Kustom Kommune have booked in some track time at their local speedway. 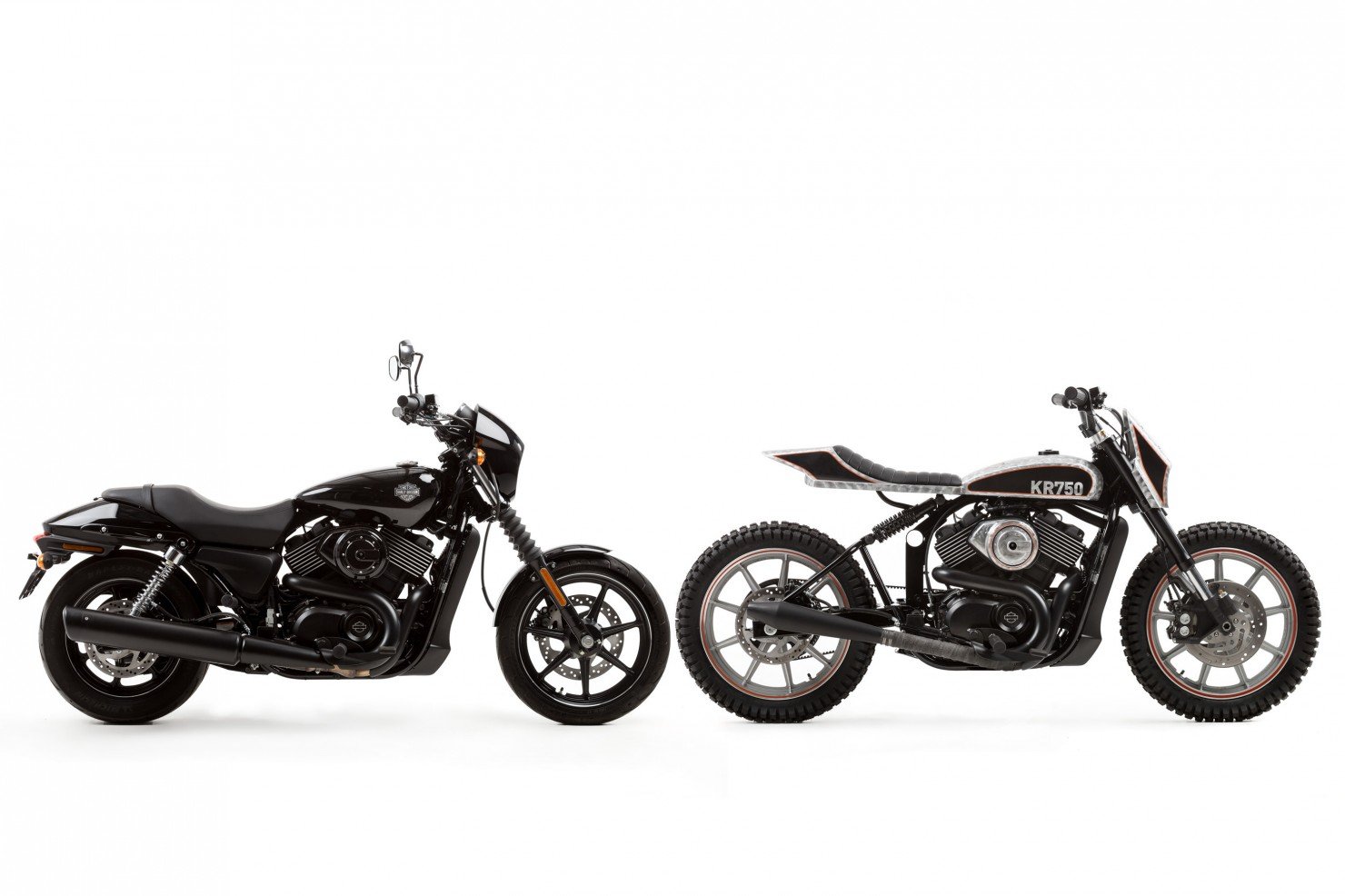 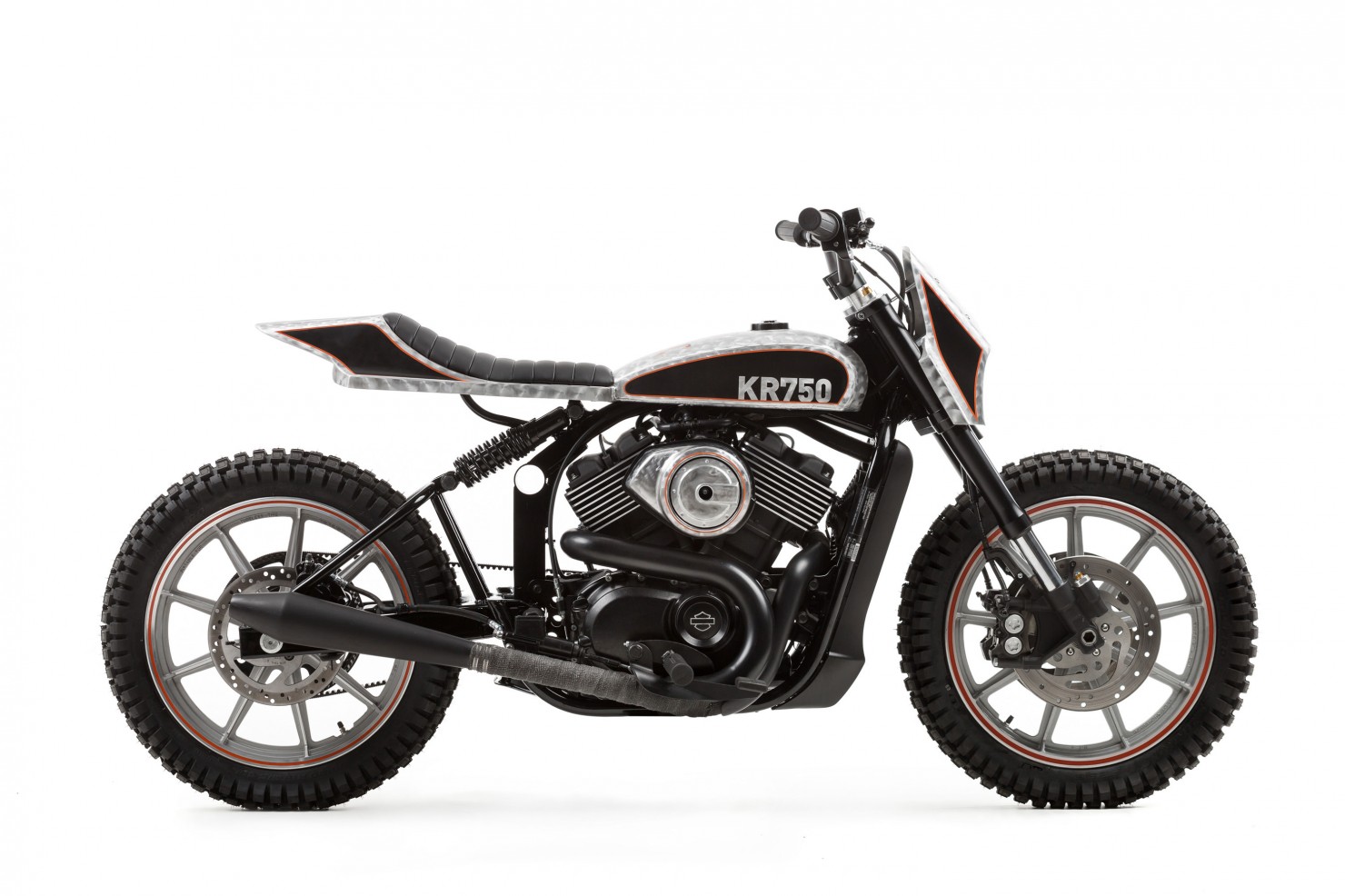 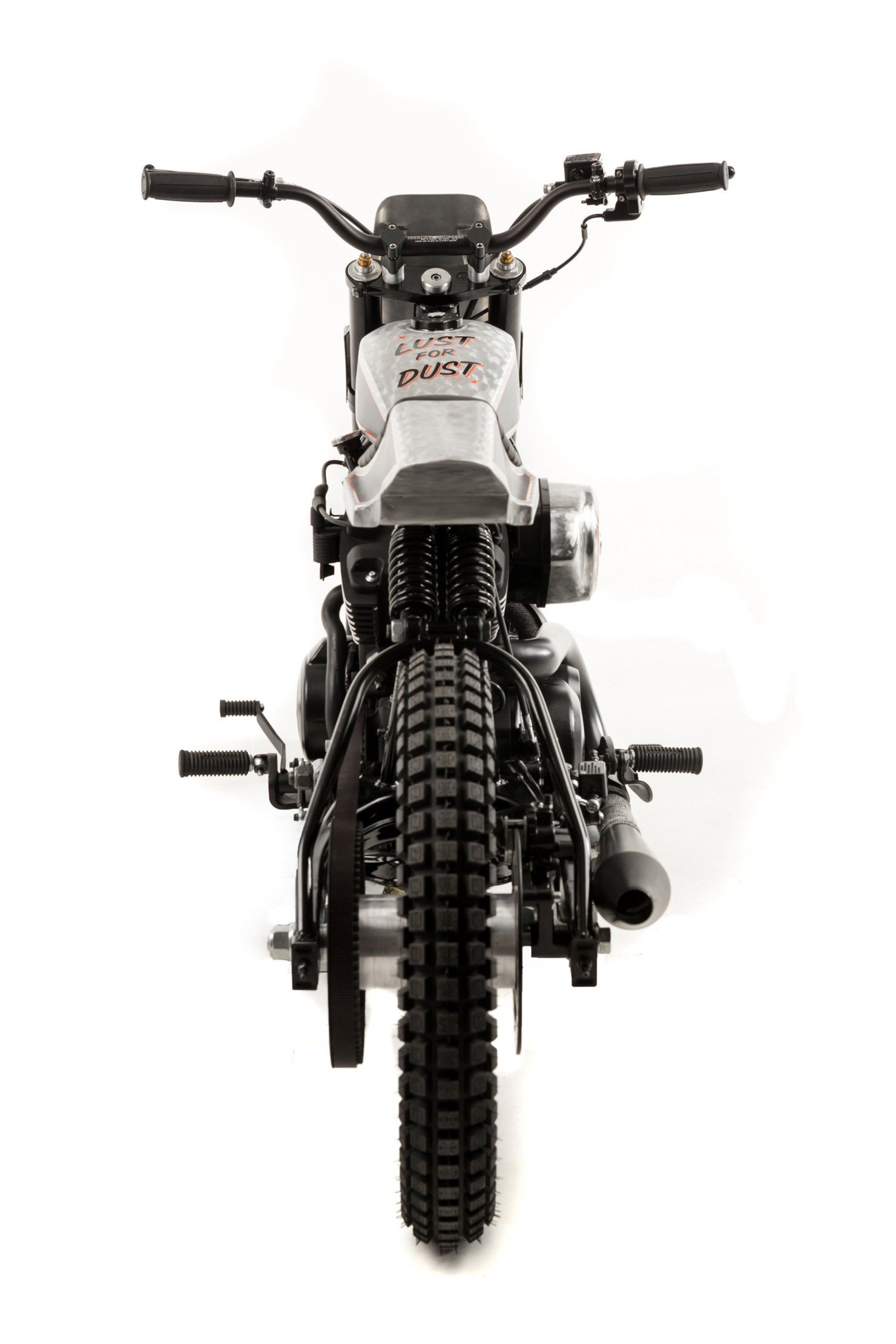 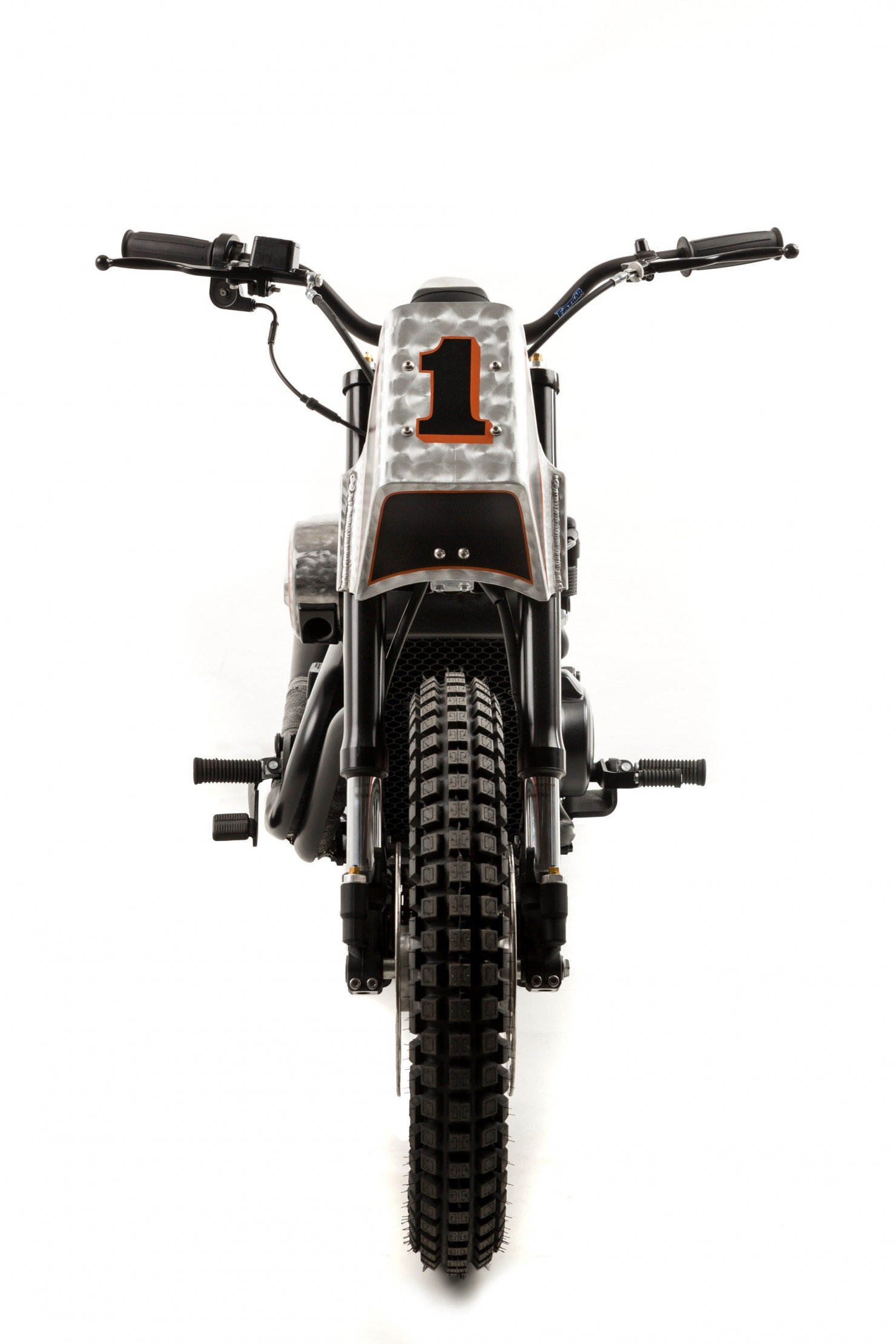 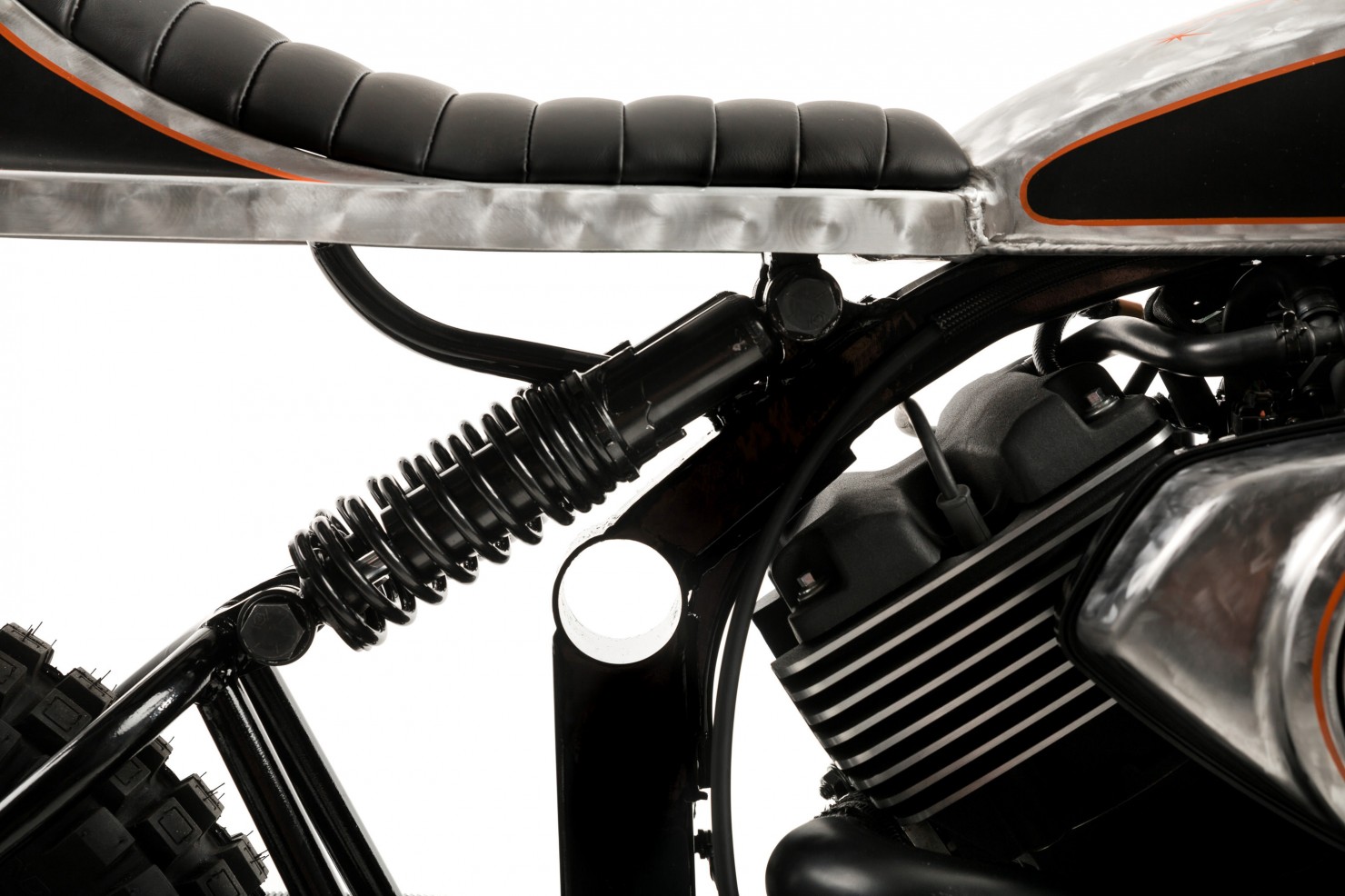 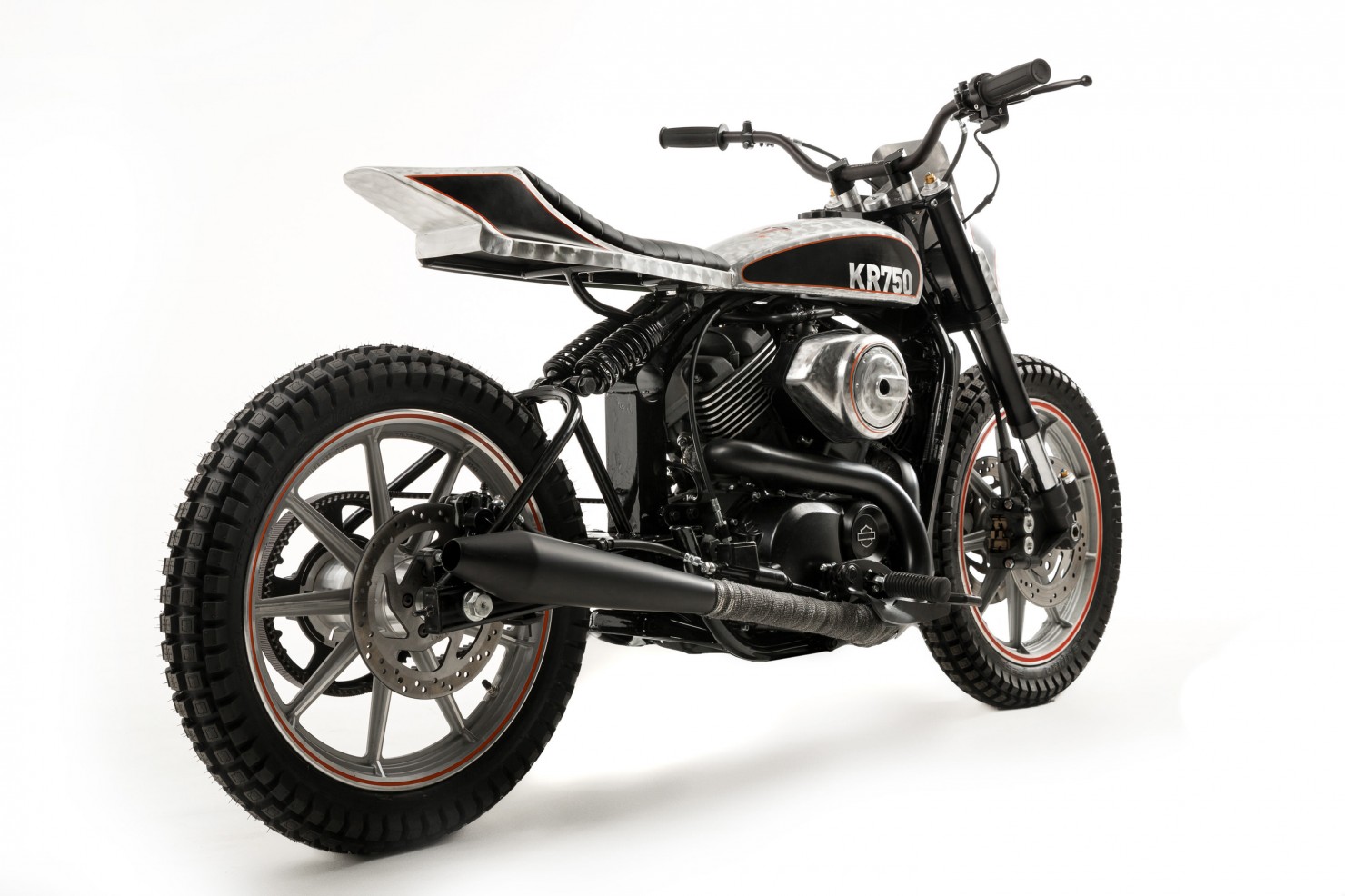 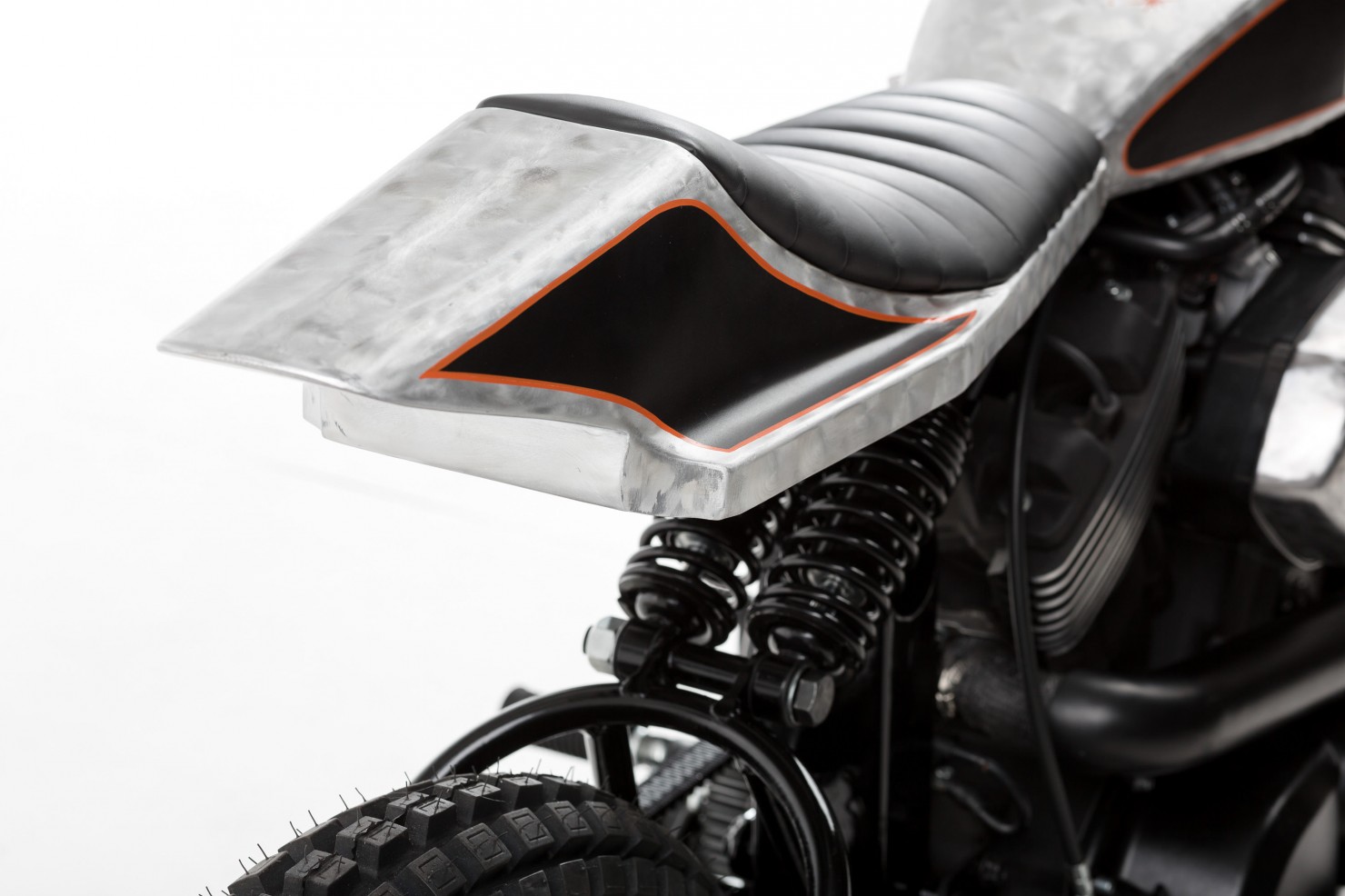 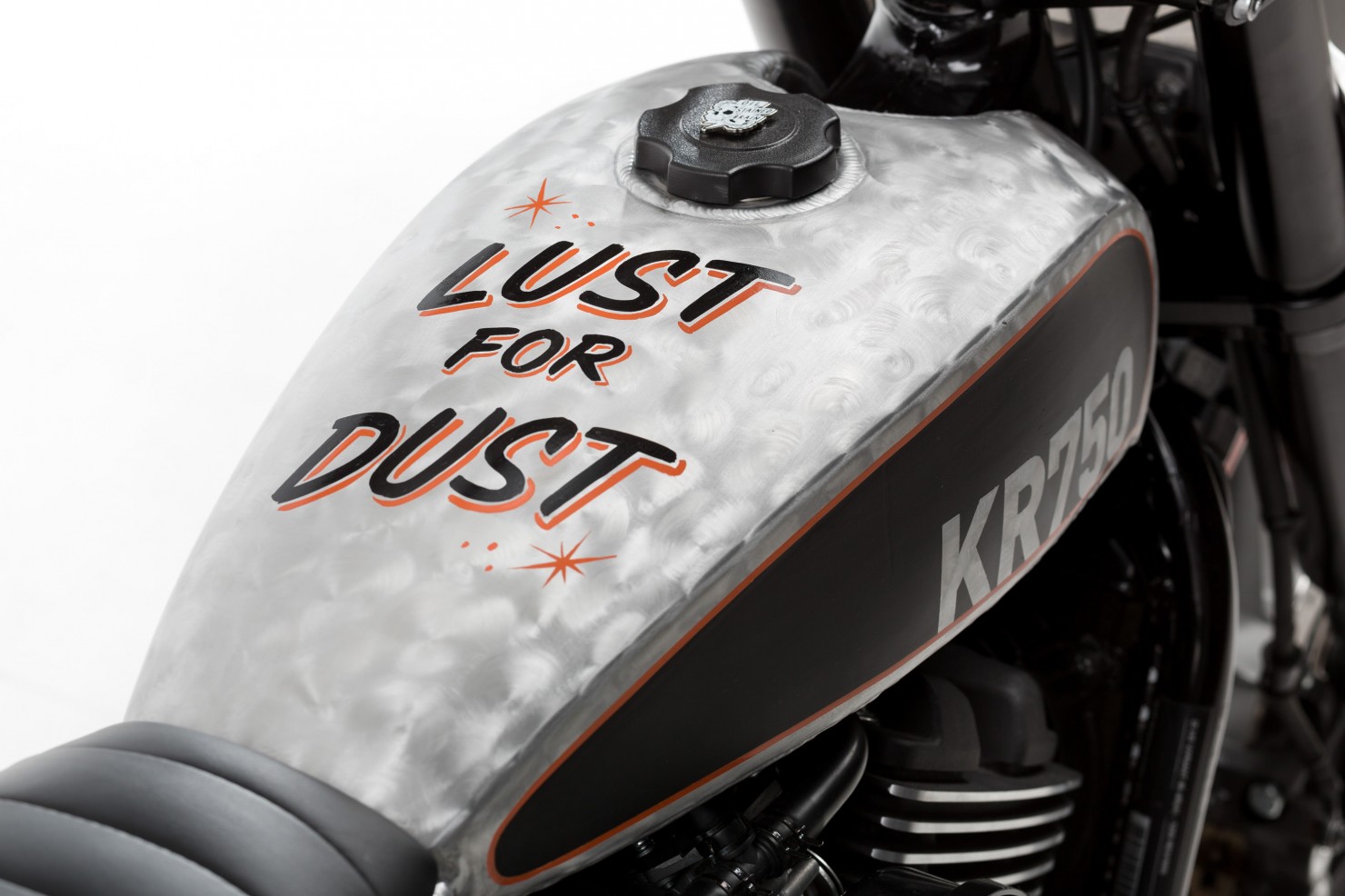 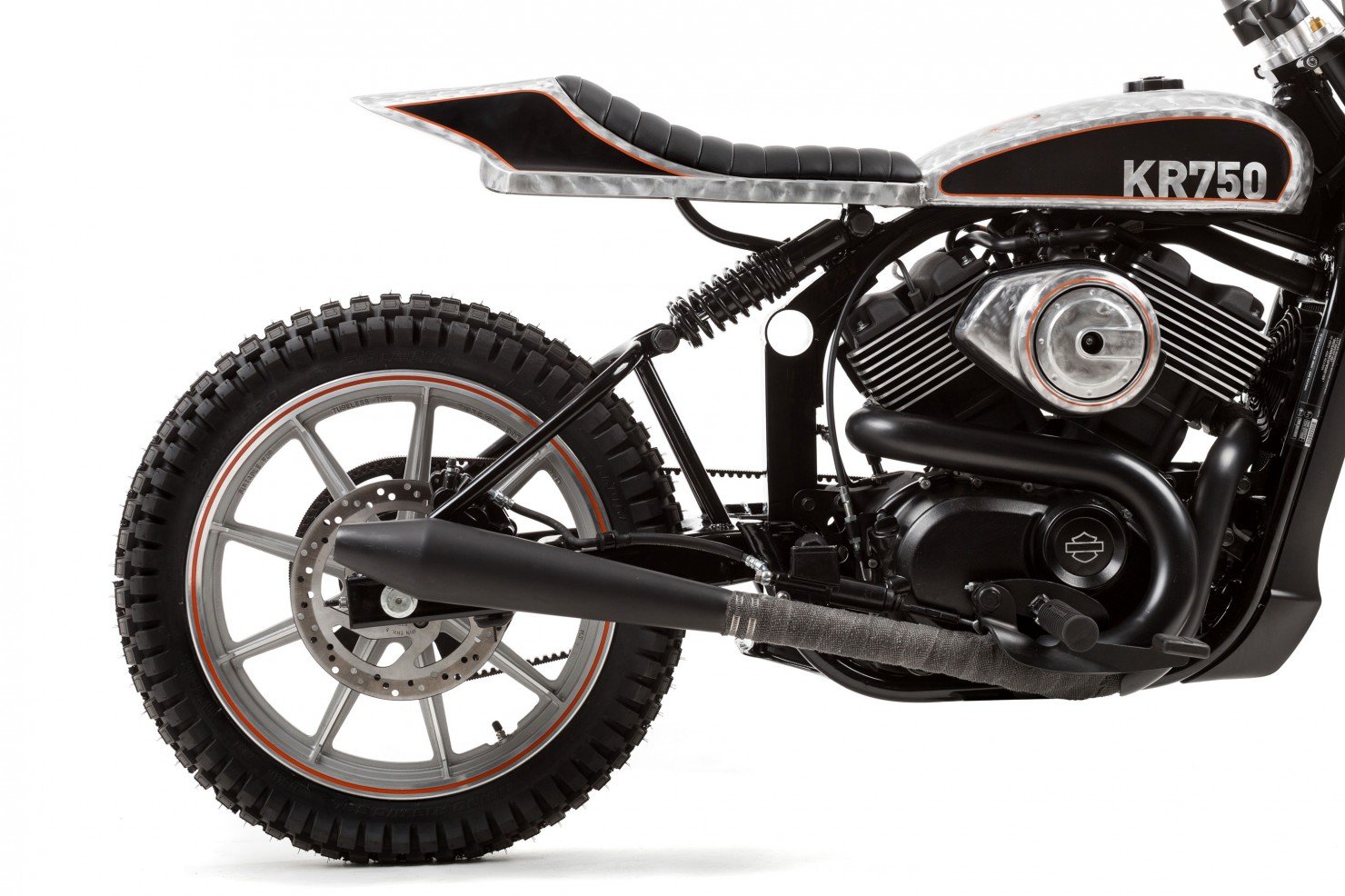 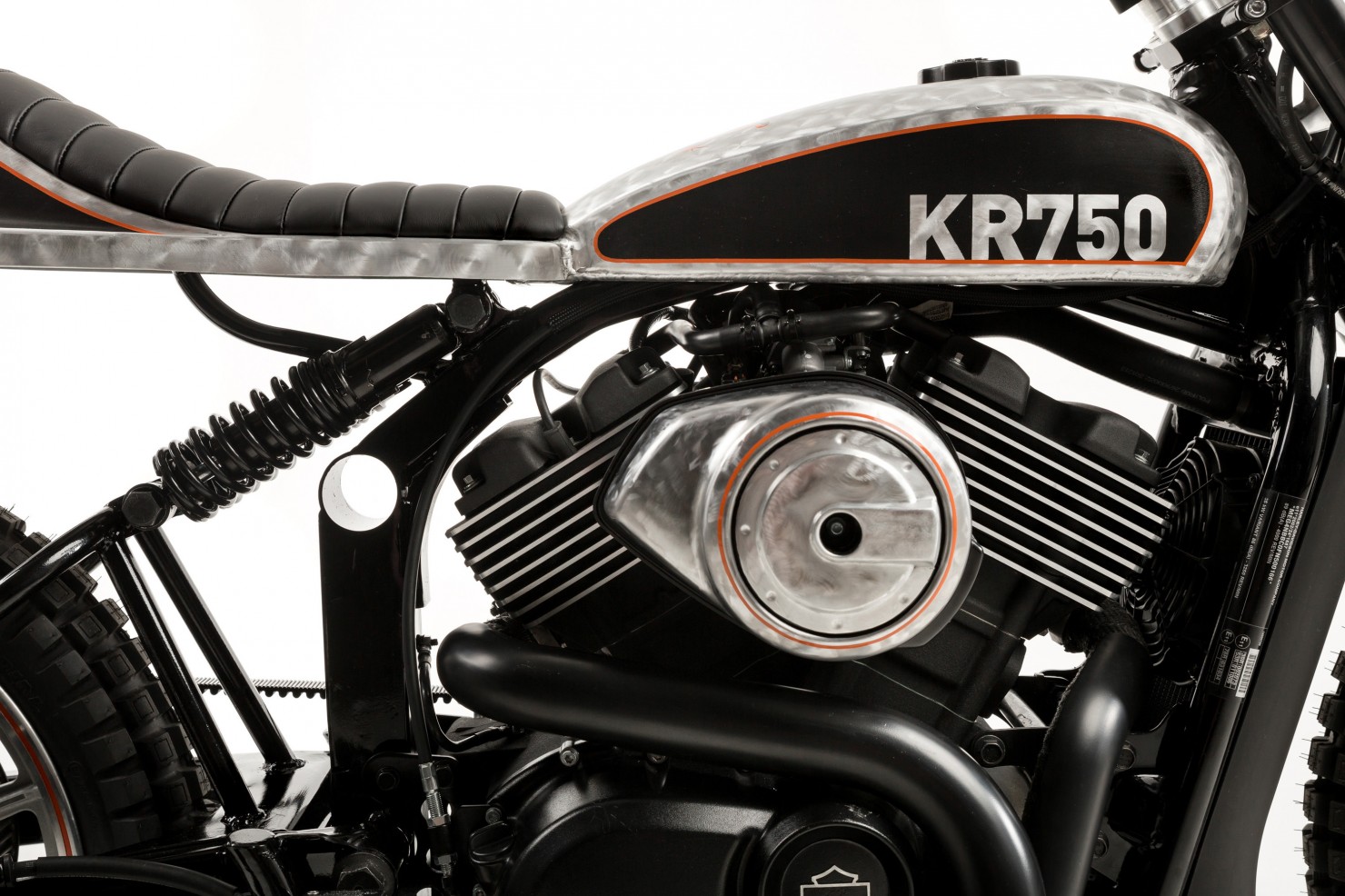 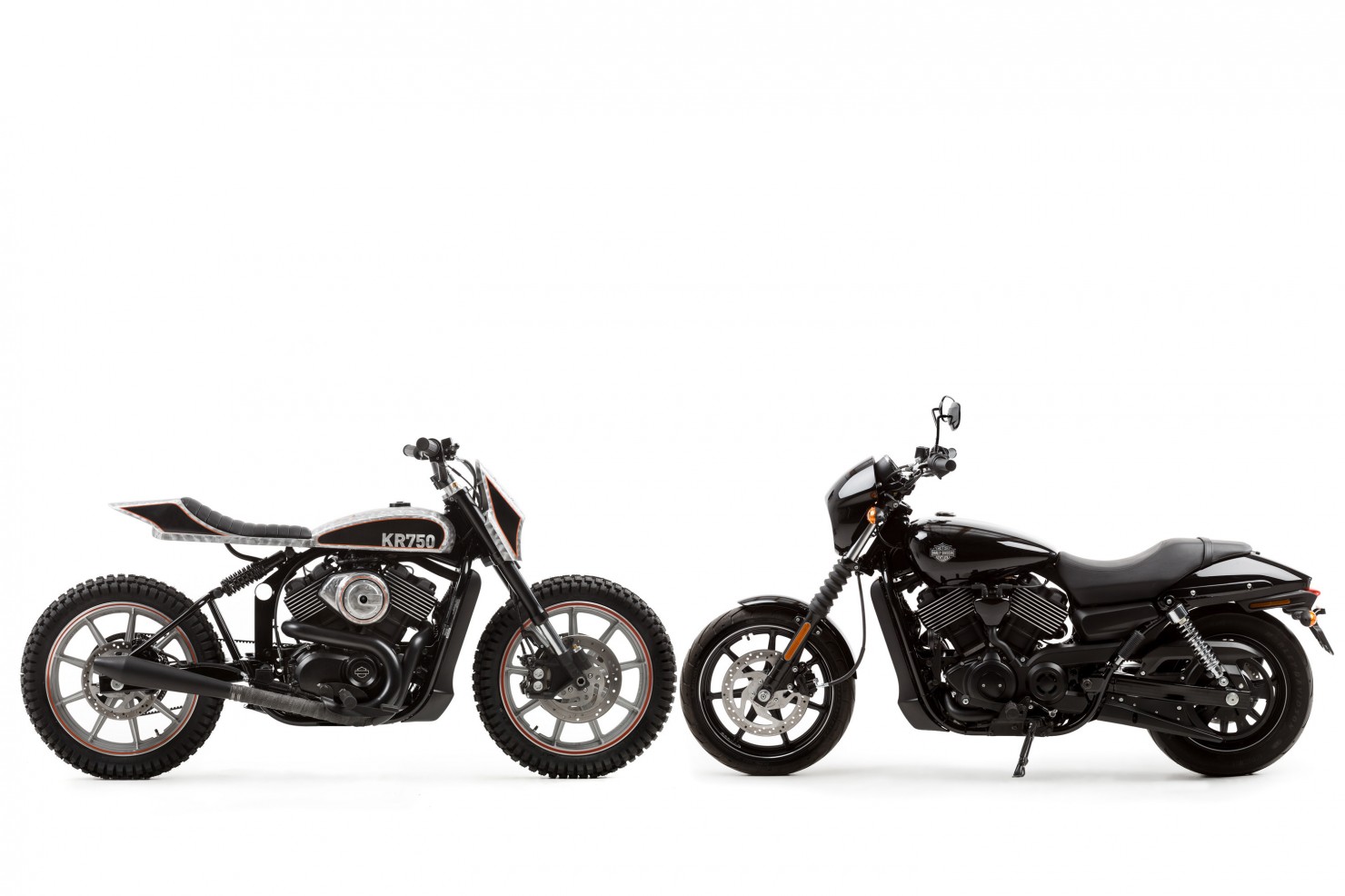 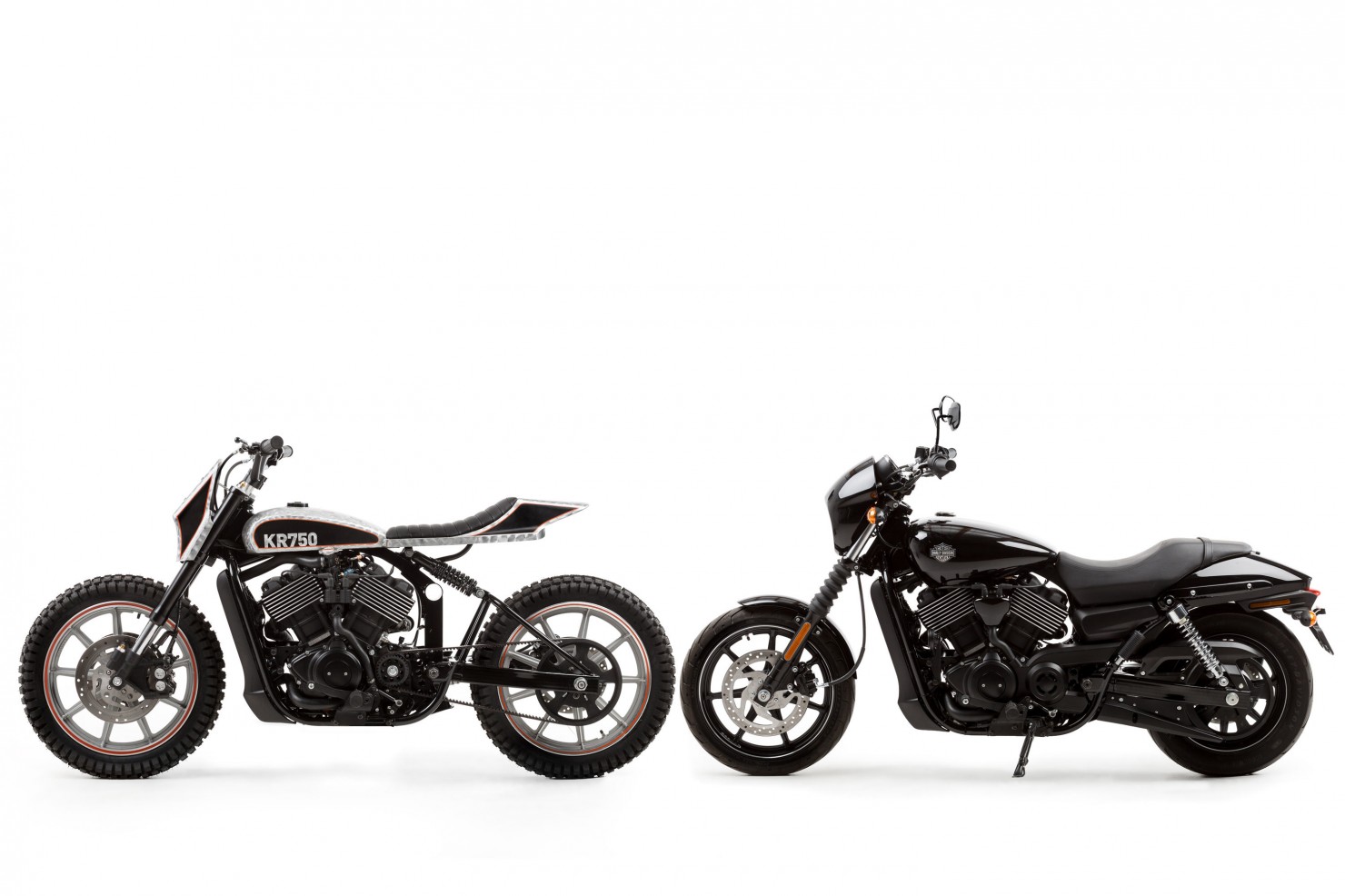 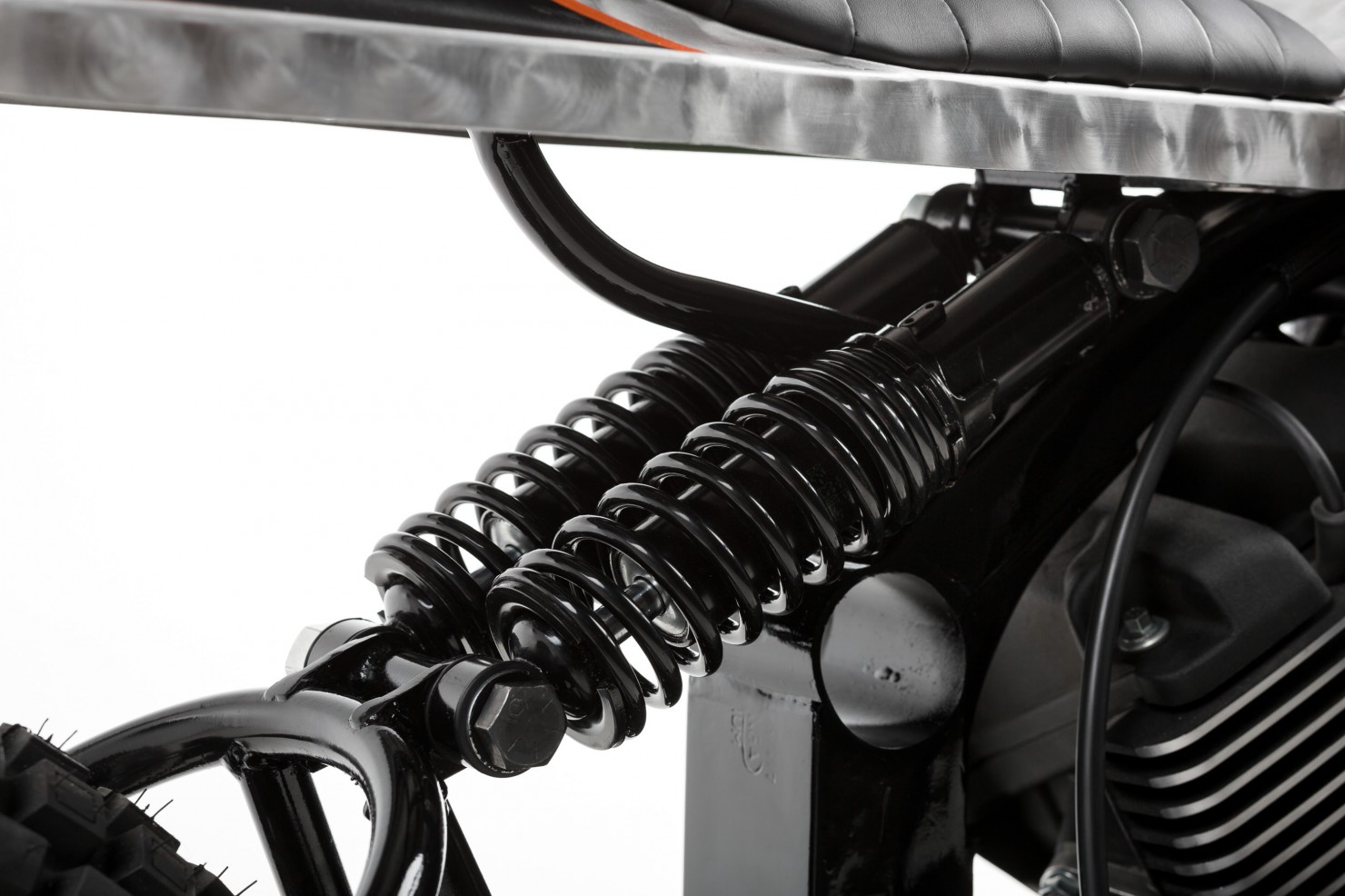 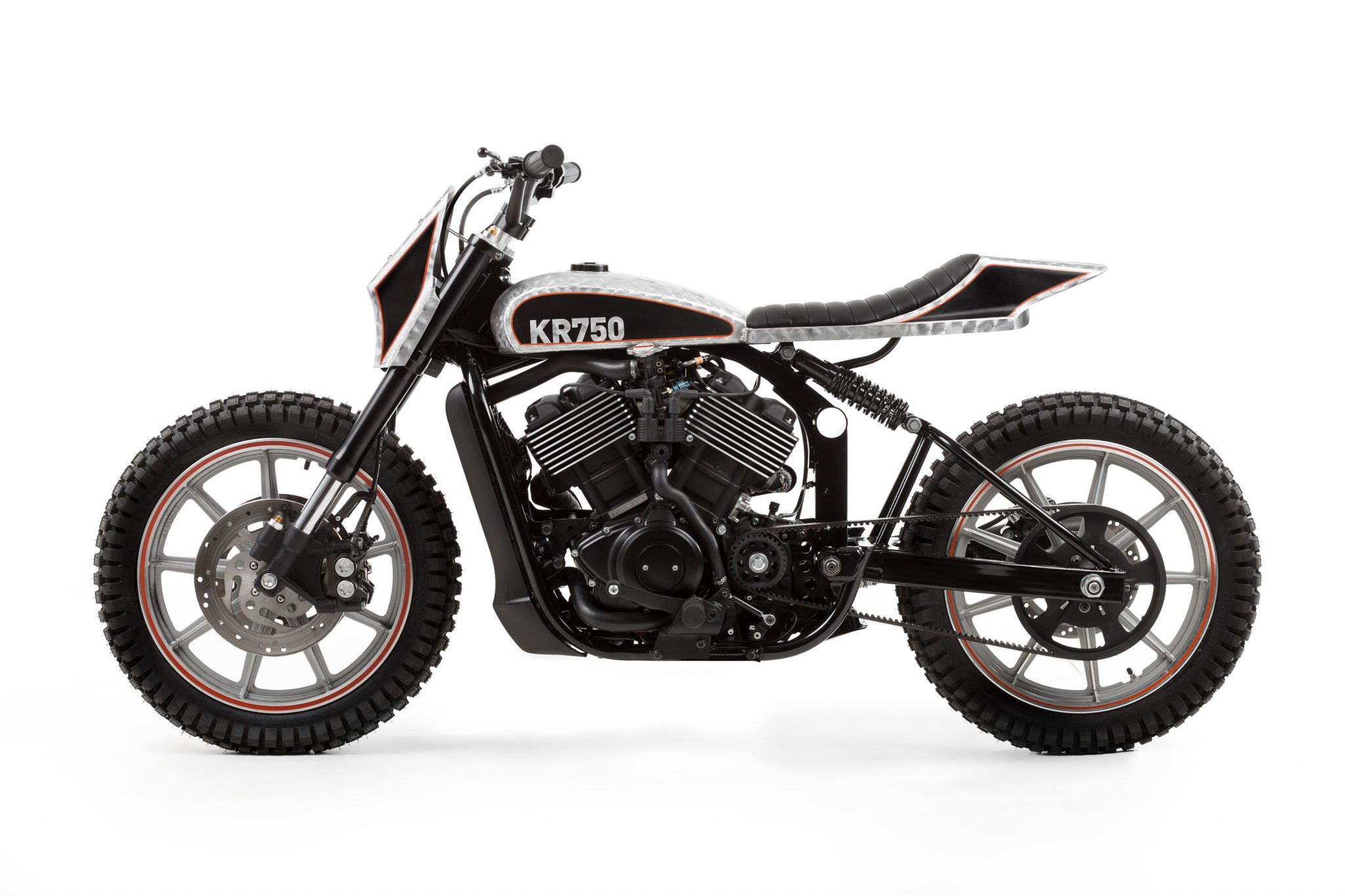