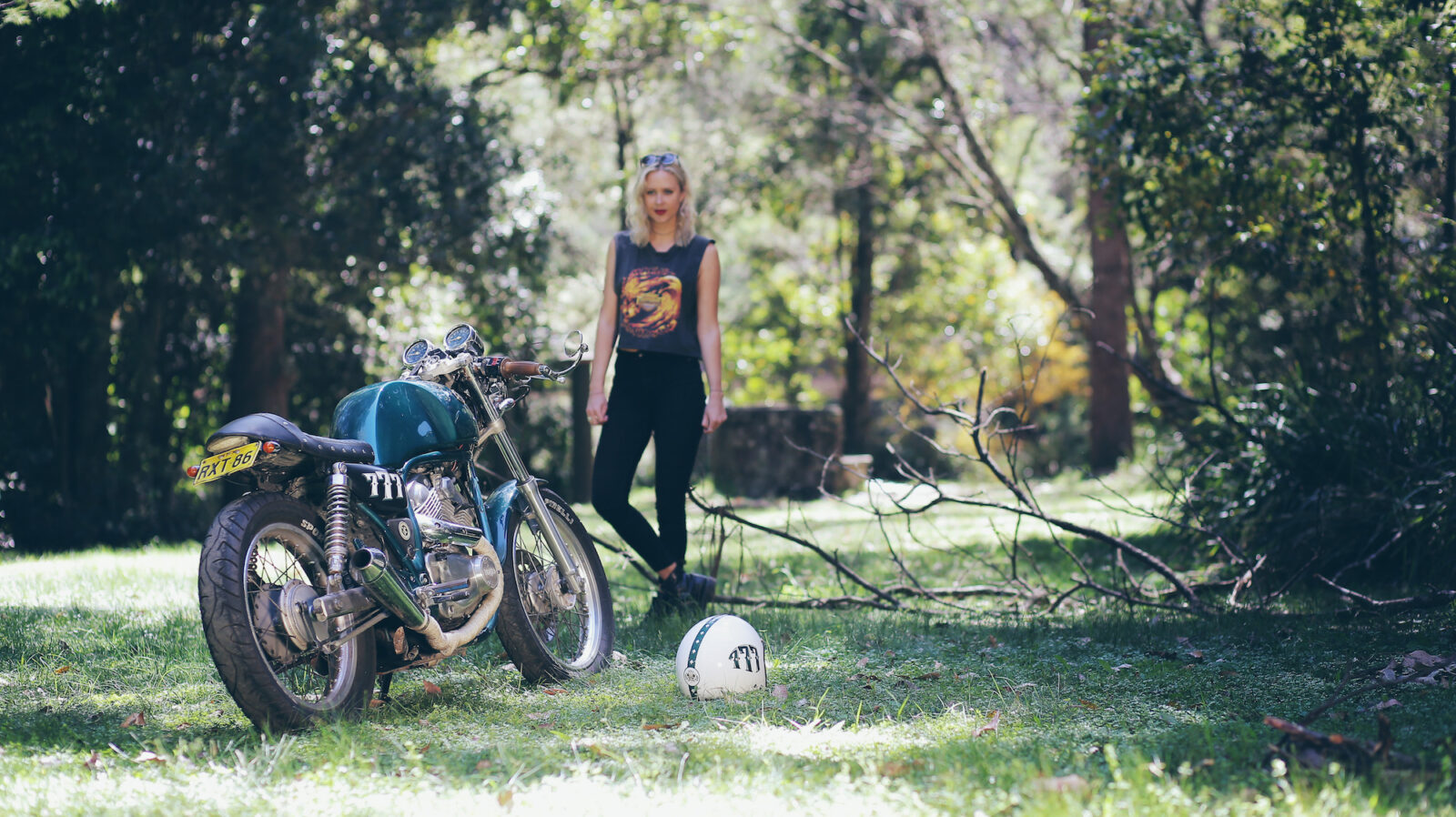 The Yamaha SRV250 was a hat tip to the classic cafe racer long before the modern resurgence of the genre, they essentially took the V-twin out of a 250 Virago and retuned it from 21hp to 27hp and then bolted it into a frame that bears more than a passing resemblance to the iconic Norton Featherbed.

The resulting motorcycle weighed in at 140 kilograms (308lbs) and quickly developed a reputation for being a fun, “chuckable” motorcycle well suited to city and urban use. It wasn’t long before the custom motorcycle community caught on to the chopability of the SRV250 and customs started appearing, in countries like Australia and New Zealand the bike began to develop a cult following and despite the fact that many of them are now well over 20 years old, they’re still a common sight on the street.

The tidy little Yamaha SRV250 cafe racer you see here belongs to a friendly Swede by the name of Maria, she’s a founding member of Sydney’s Throttle Dolls and a significant figure in the city’s motorcycle scene. You may remember her face from a Stories of Bike film we featured a few weeks ago called Sister and due to a dash of serendipity thanks to Heleana from In Venus Veritas, I was able to strike up a conversation with Maria about her bike which resulted in the feature you’re now reading.

The build is the work of custom motorcycle builder and graphic designer Shane Wahl, it was intended to be a lightly customised bike that would be used as a daily rider by Maria so the first order of business was to remove the bulky stock saddle and fit a Nitrohead seat after cropping the sub-frame to match. A pair of clip-on handlebars was next up followed by Halcyon bar-end mirrors, chrome LED bullet indicators front and rear, heat-wrapped exhausts, a mesh grill over the headlight and some custom paintwork on the side covers and matching helmet.

The bike has been used on innumerable road trips around New South Wales and Victoria, and it’s a regular fixture at events held by the Sydney Cafe Racers. Maria’s whole family rides, her mother and aunty learnt to ride as young children in Sweden and her uncle has built a dozen custom BMW motorcycles over the intervening years so it was always on the cards that Maria would ride too – it’s a family tradition spanning back three generations. 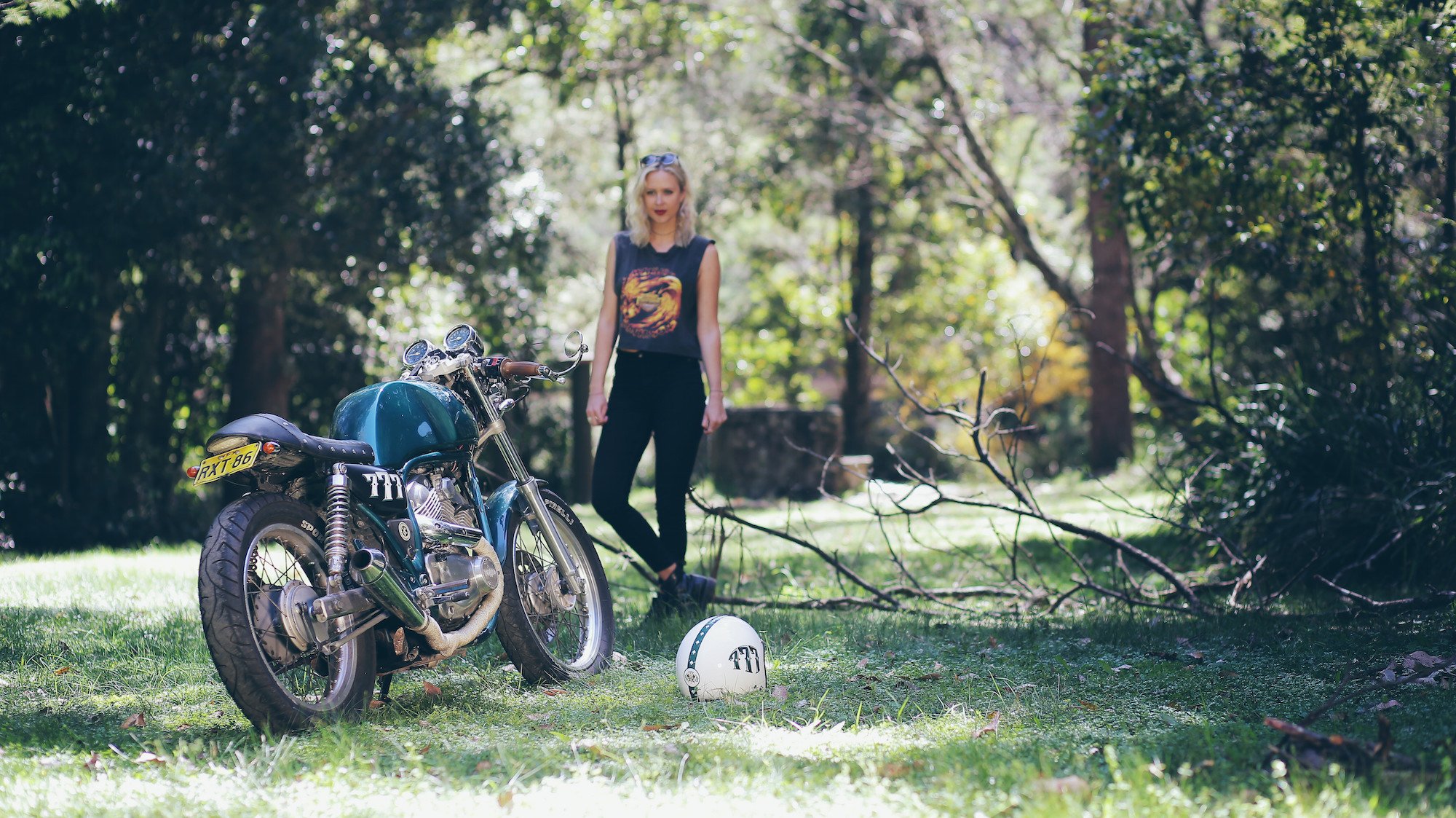