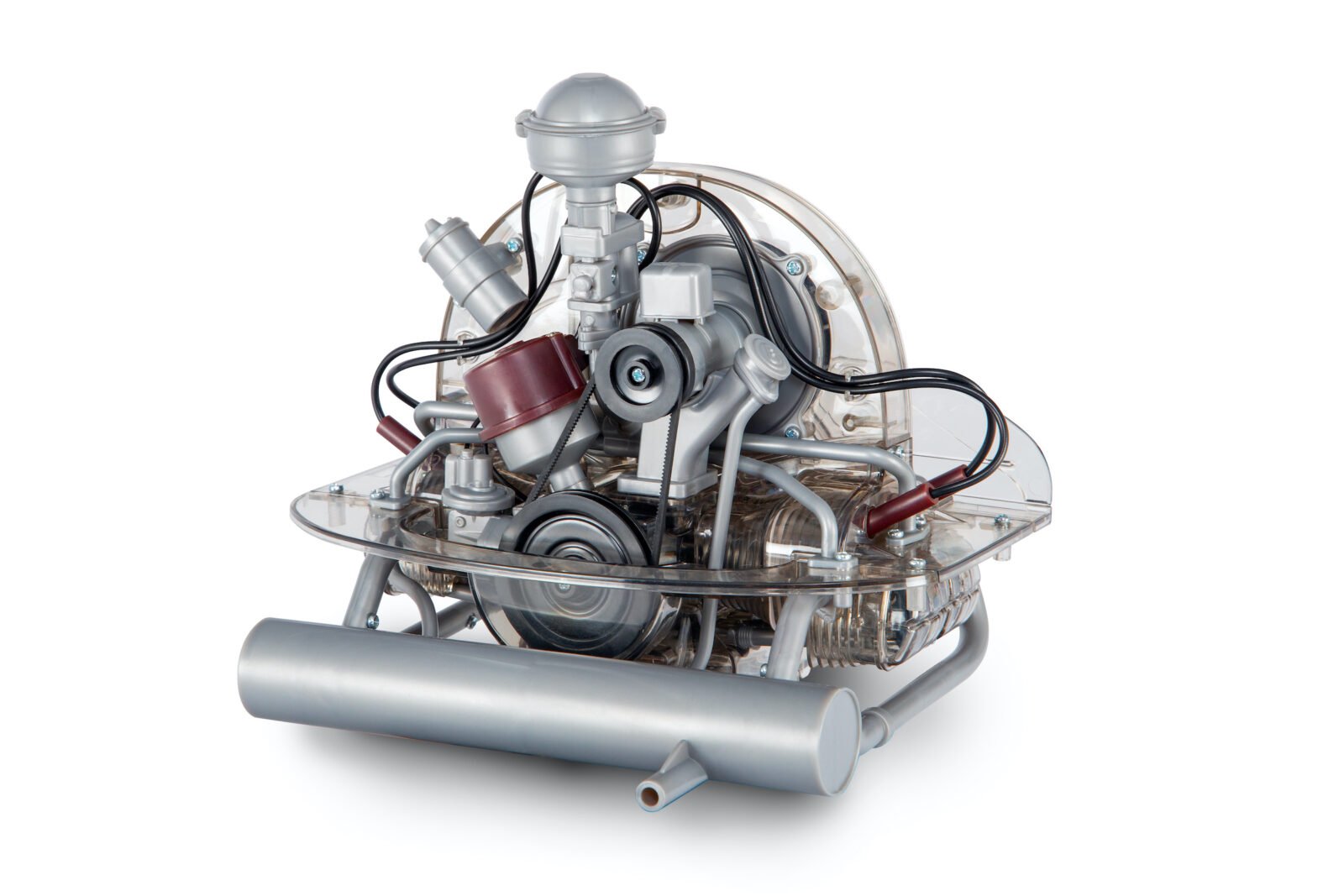 This VW Beetle flat-four boxer engine kit by Franzis, it’s an officially licensed 1:4 scale model of the air-cooled Volkswagen engine that was in production from 1949 to 1953.

Impressively the model has fully functional internals, with a working crankshaft, pistons and connecting rods, pushrods, rockers, and valves, and even an ignition system that lights an LED in each cylinder at the correct time to show spark plug timing. It also has a sound module that accurately recreates the sound of the original engine to create a more immersive experience.

The team at Franzis make a slew of models like this including one for the 1965 Ford Mustang V8, the Porsche Carrera Type 547 4-cylinder boxer engine, and the BMW R90S flat twin “Airhead”. All models feature correct working internals and a small electric motor which rotates the crankshaft and from there all of the other parts like pistons and valves etc.

This makes these models excellent desktop or shelf displays that’ll fascinate any petrolhead that sees them, they’re also a great learning tool to brush up your working mechanical knowledge, or to teach younger people how internal combustion engines work.

The VW Beetle flat-four boxer engine kit shown here offers an interesting look inside one of the most prolifically produced automobile engines in history. Remarkably the Beetle would remain in production in one form or another from 1938 until 2003.

This scale model is recommended for people 14 years of age or older and it’s estimated to take approximately two hours. There are 200 parts including the sound module, and it comes with a 100 page manual with step-by-step instructions to make assembly nice and easy. 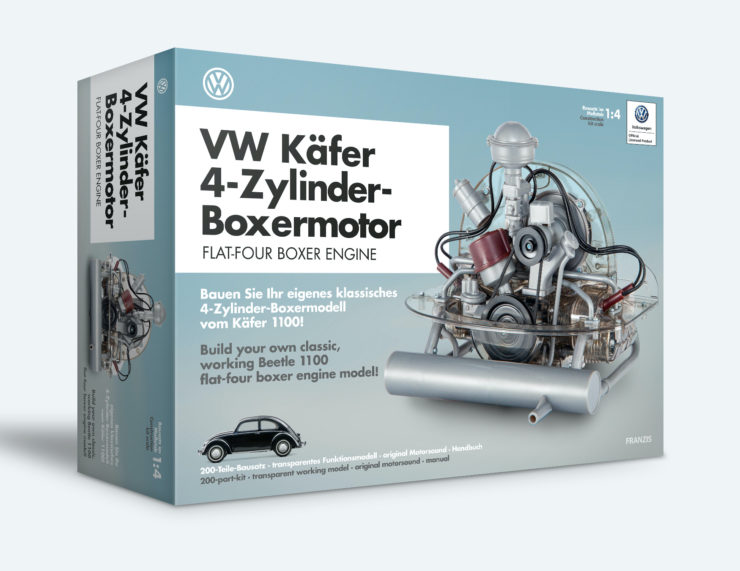 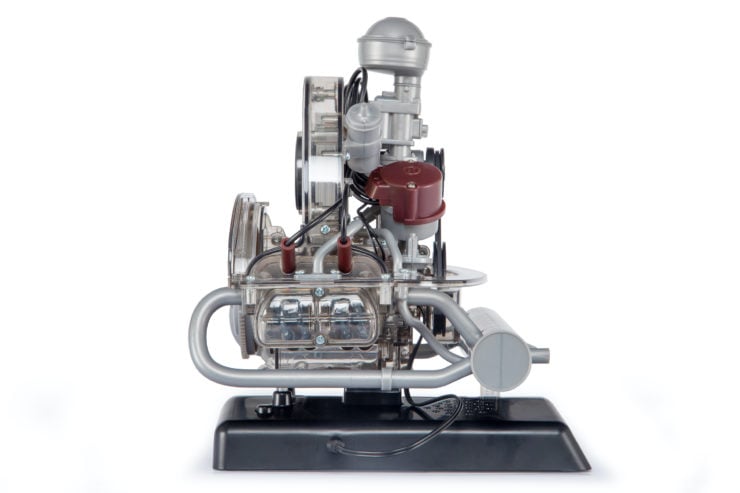 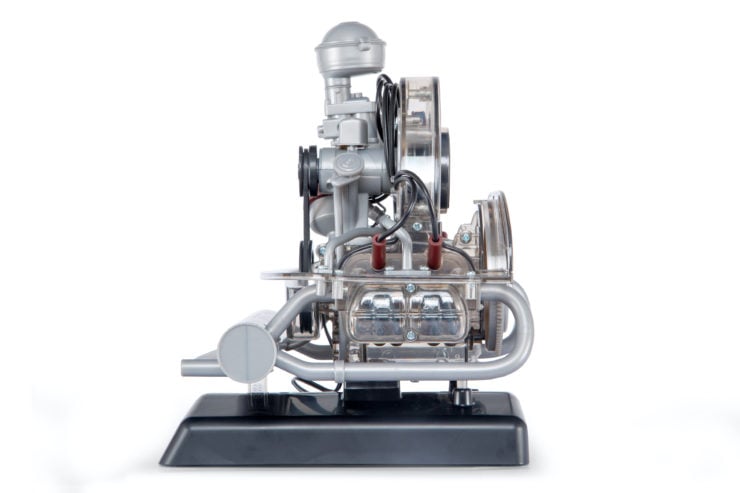 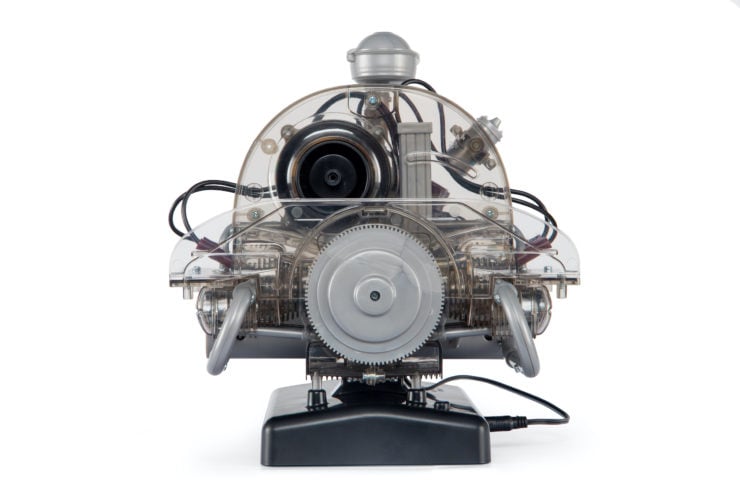 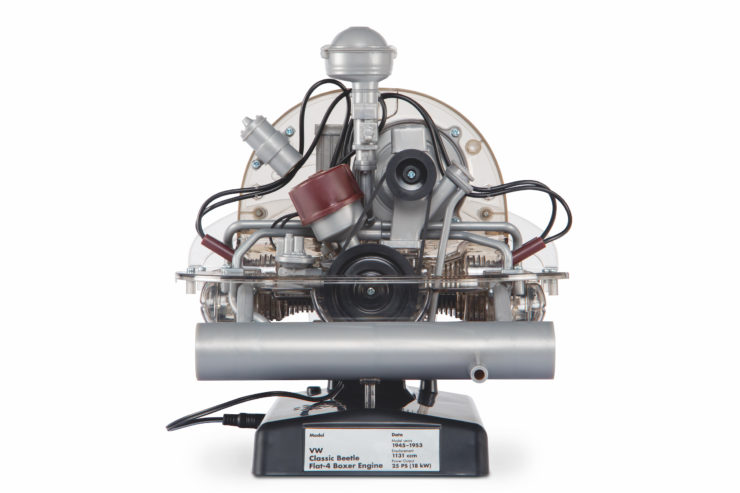 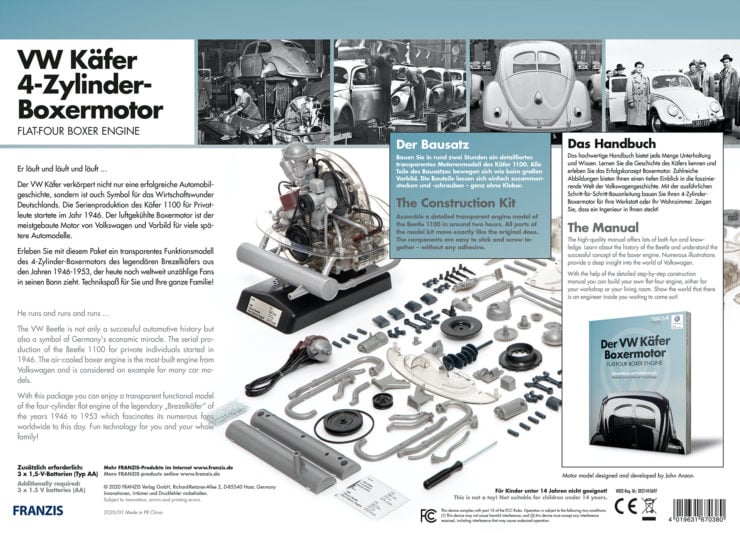 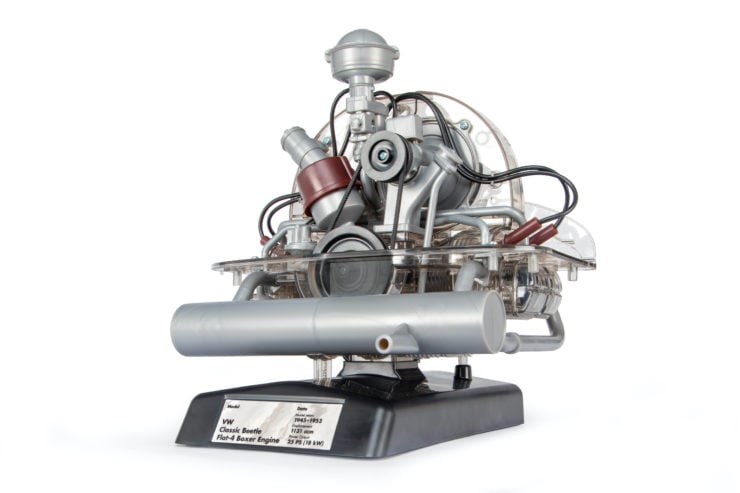 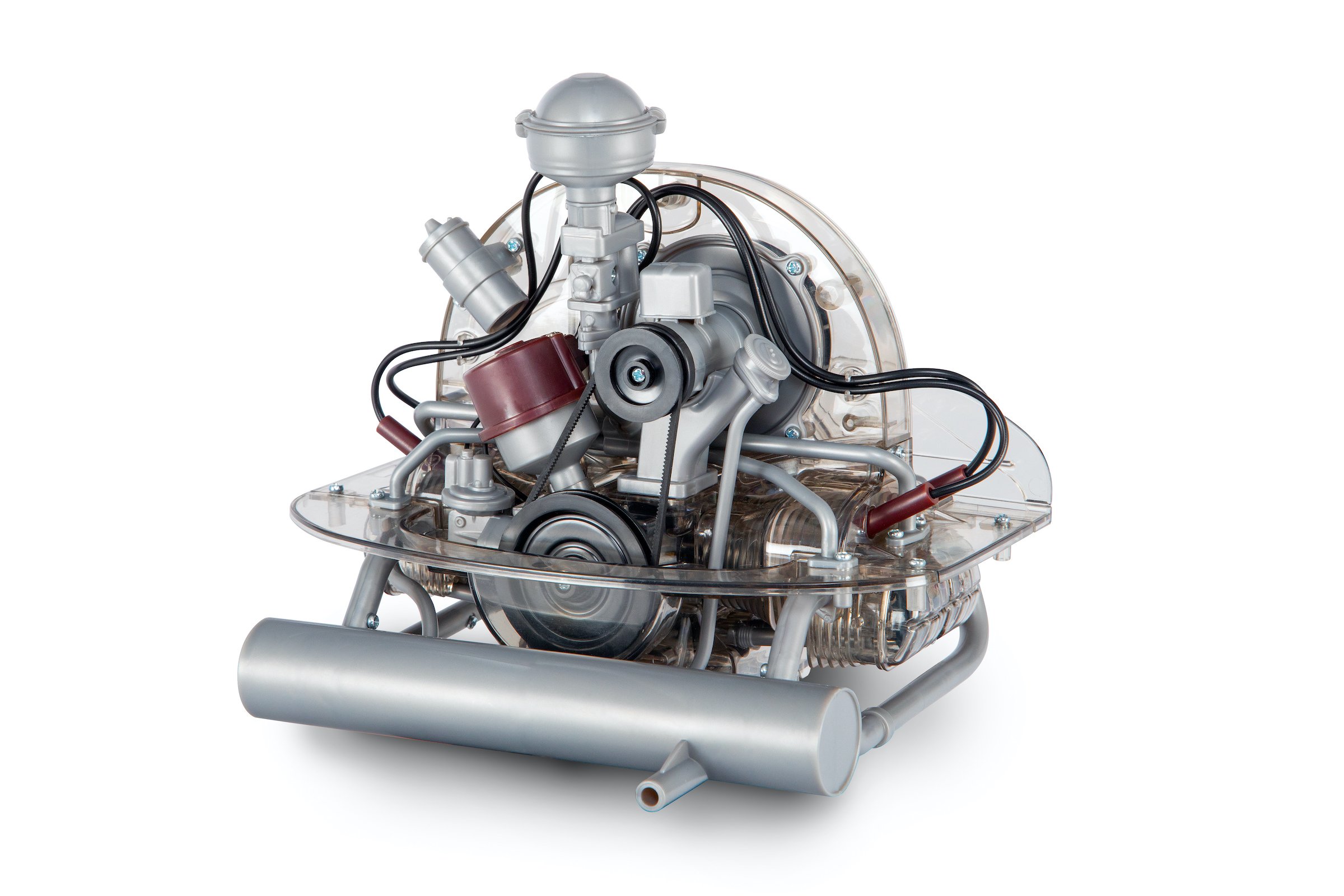