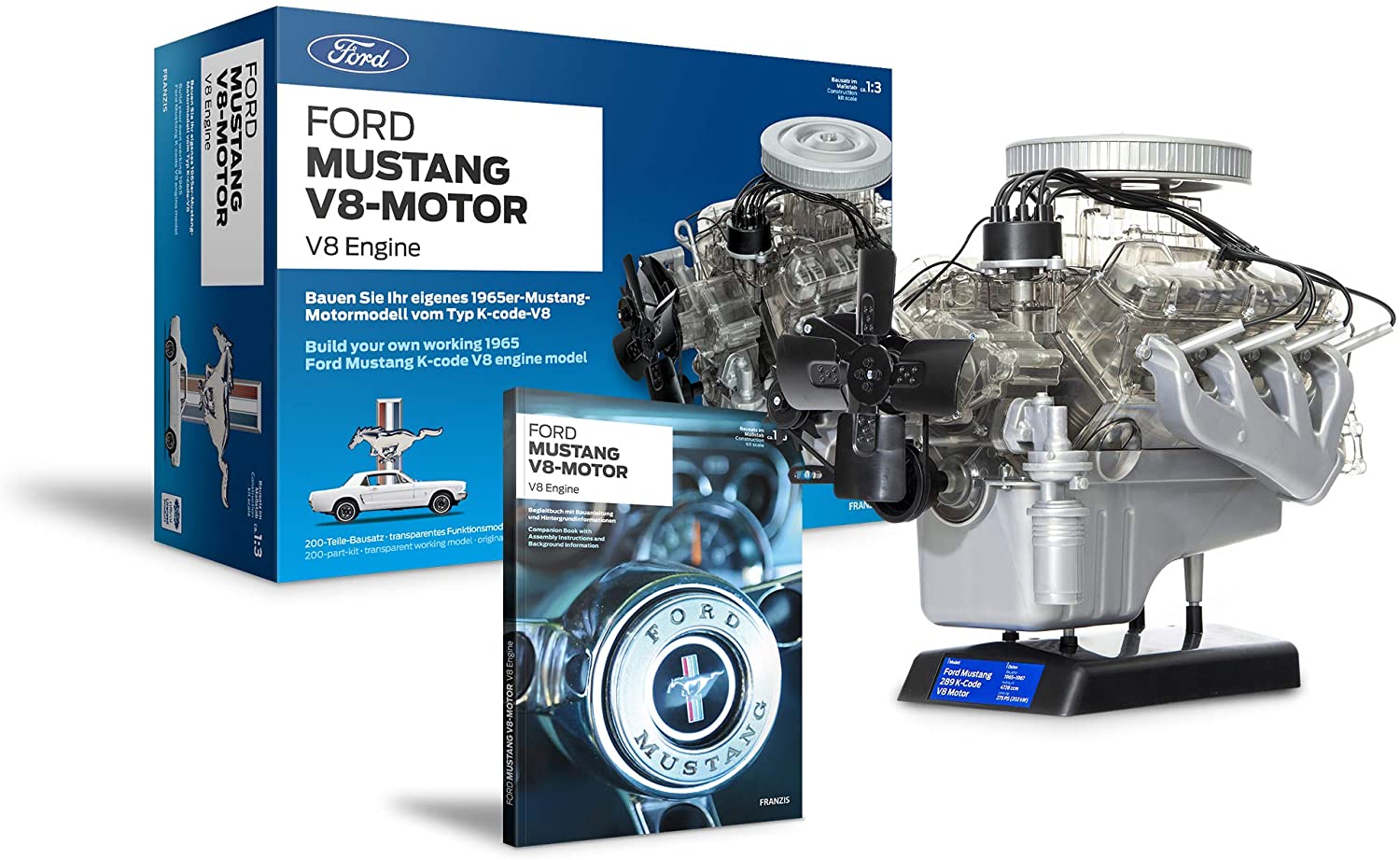 This is a working 1:3 scale model kit of a Ford 1965 Mustang K-Code V8 engine, it’s specifically designed for both adults (and teenagers) and thanks to its clear sections, moving pistons, working valves, and illuminating LED spark plugs, it’s an excellent learning tool for showing people how engines actually work.

The kit requires no glue or paint, it just needs assembly which is expected to take the average person approximately 2 hours. The kit is made up of 200 parts and it comes with very clear instructions and a collector’s manual with Ford archive images and model history.

The key to the enjoyment of any V8 is the sound they make, so this kit includes a sound module programmed with the sound of a real Mustang K-Code V8 at various rpms to give model builders the complete experience.

When turned on the model has all the key moving parts of the fuel scale V8 including the crankshaft, connecting rods, pistons, camshaft, pushrods, rocker arms, and valves – and as previously mentioned the timing is set to show the spark plugs firing at the correct moment.

The Ford Mustang is one of the most important and iconic vehicles of the 20th century, it launched the entire pony car market segment and was soon joined by competitors like the Chevrolet Camaro, the Pontiac Firebird, the AMC Javelin, the Plymouth Barracuda, and the Dodge Challenger.

The Mustang remains one of the most popular sports cars in the United States, and modern versions are proving to be best sellers in a slew of world markets. 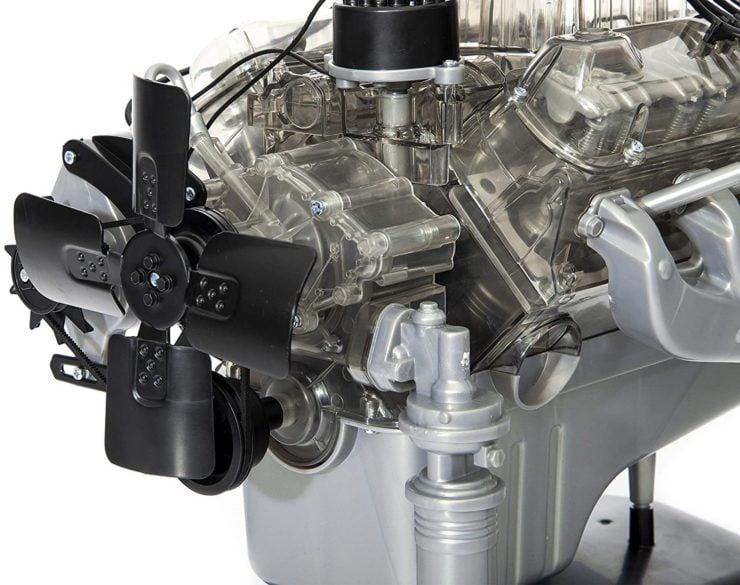 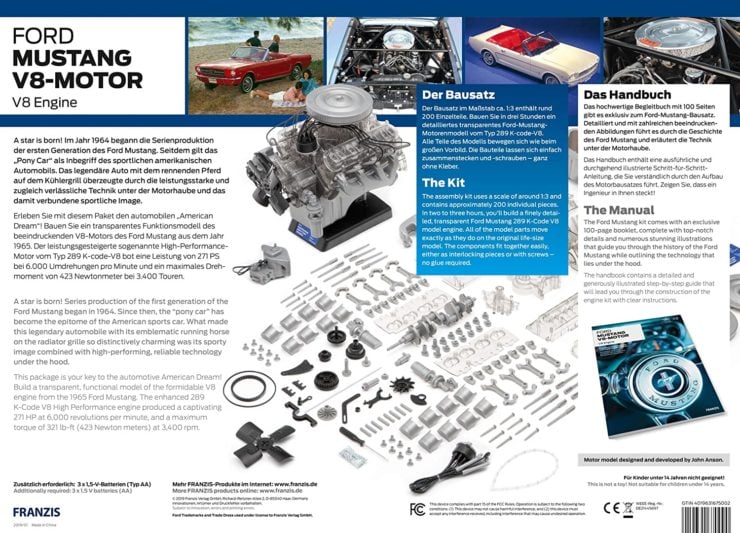