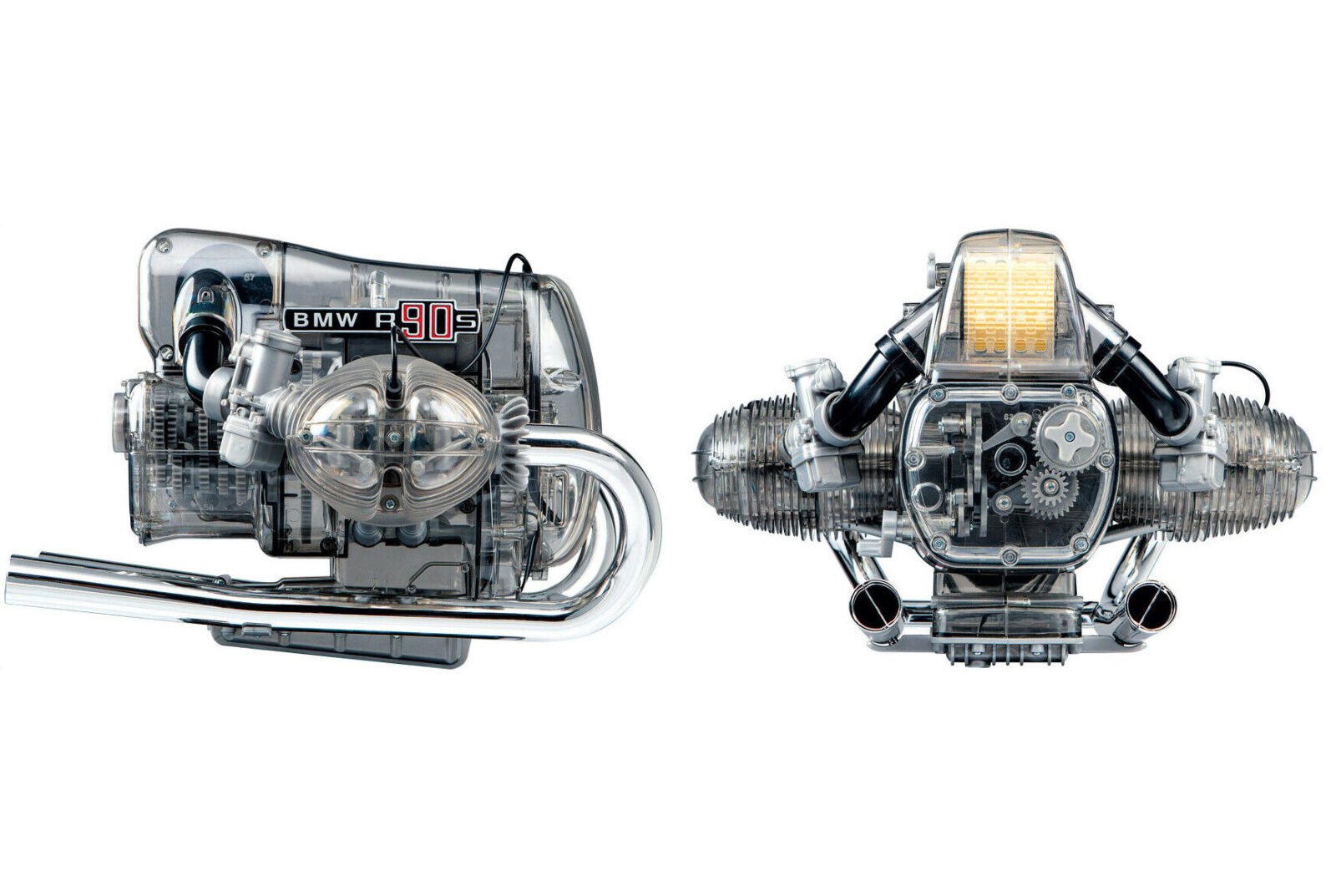 This is a working 1:2 scale model of the BMW R90S flat twin motorcycle engine, it’s powered by an electrical motor and all the internal mechanical parts move just as they do in the real engine – from the pistons and crankshaft to the valves, pushrods, and rockers.

The BMW flat twin, also called a horizontally opposed twin, is one of the most famous motorcycle engines in the world. The first BMW flat twin first entered production in the BMW R 32 of 1923. BMW is said to have taken inspiration from the British Douglas flat twin engine which had been installed transversely, the Bavarians chose to install the engine longitudinally for better cooling, and it gave their motorcycles a look for which they’re still famous today.

The BMW R90S was first introduced in 1973, it was one of the great superbikes of its day and it remains popular with enthusiasts and collectors to the modern day. The R90S is powered by an air-cooled, 898cc four-stroke, two-cylinder, horizontally opposed engine of unit construction with a 5-speed gearbox and a shaft drive to the rear wheel.

The R90S was a performance motorcycle, producing 67 hp and 56 ft lbs of torque, giving it a top speed approaching 200 km/h (120 mph). Although these figures may not seem particularly remarkable today, in the mid-1970s they were very respectable and they put the BMW R90S shoulder to shoulder with the best in the world from Britain, Japan, and Italy.

This kit is made up of 200 parts including all the major internal moving parts – making it ideal as a teaching aid for showing people exactly how engine work. The completed model has clear sections specifically designed to allow you a window into the workings for this purpose. The R90S engine has an unmistakeable burble which has been captured and included with the model, so when the engine is turning you can hear it running.

It’s estimated that the kit will take approximately 3 hours to build, it requires no gluing or painting, it just needs assembly which is completed using the illustrated guide. Once it’s been built the engine model makes an excellent desktop display or coffee table conversation piece, and the scale of 1:2 makes it a good size for showing off the internals. 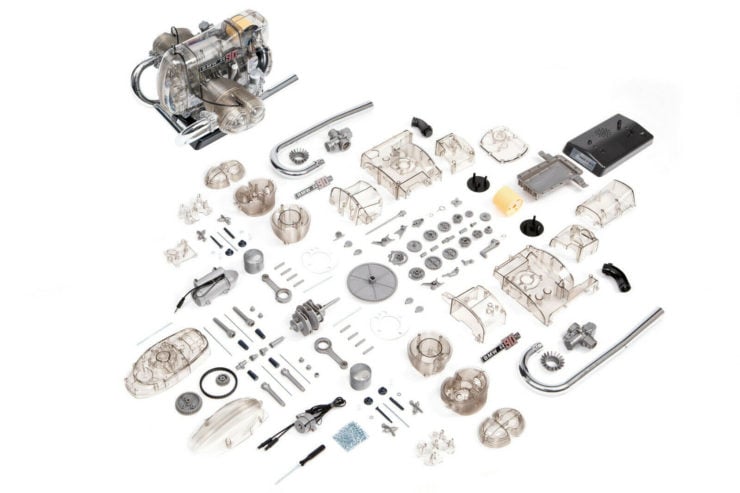 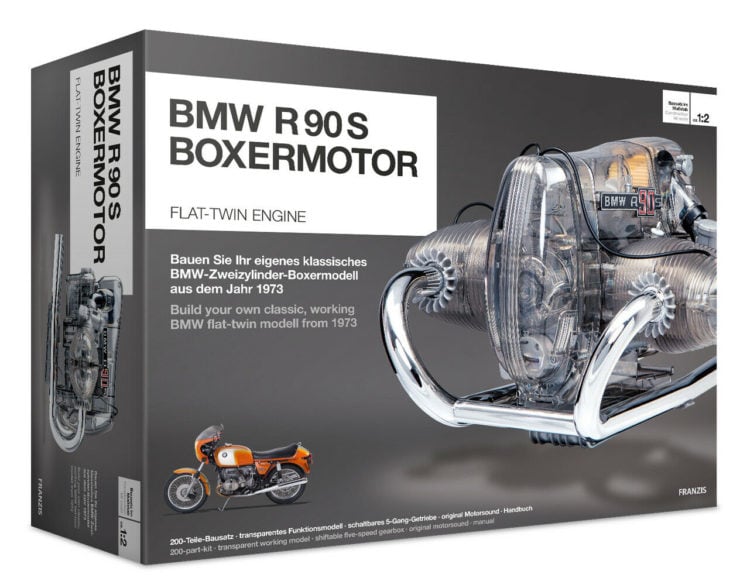 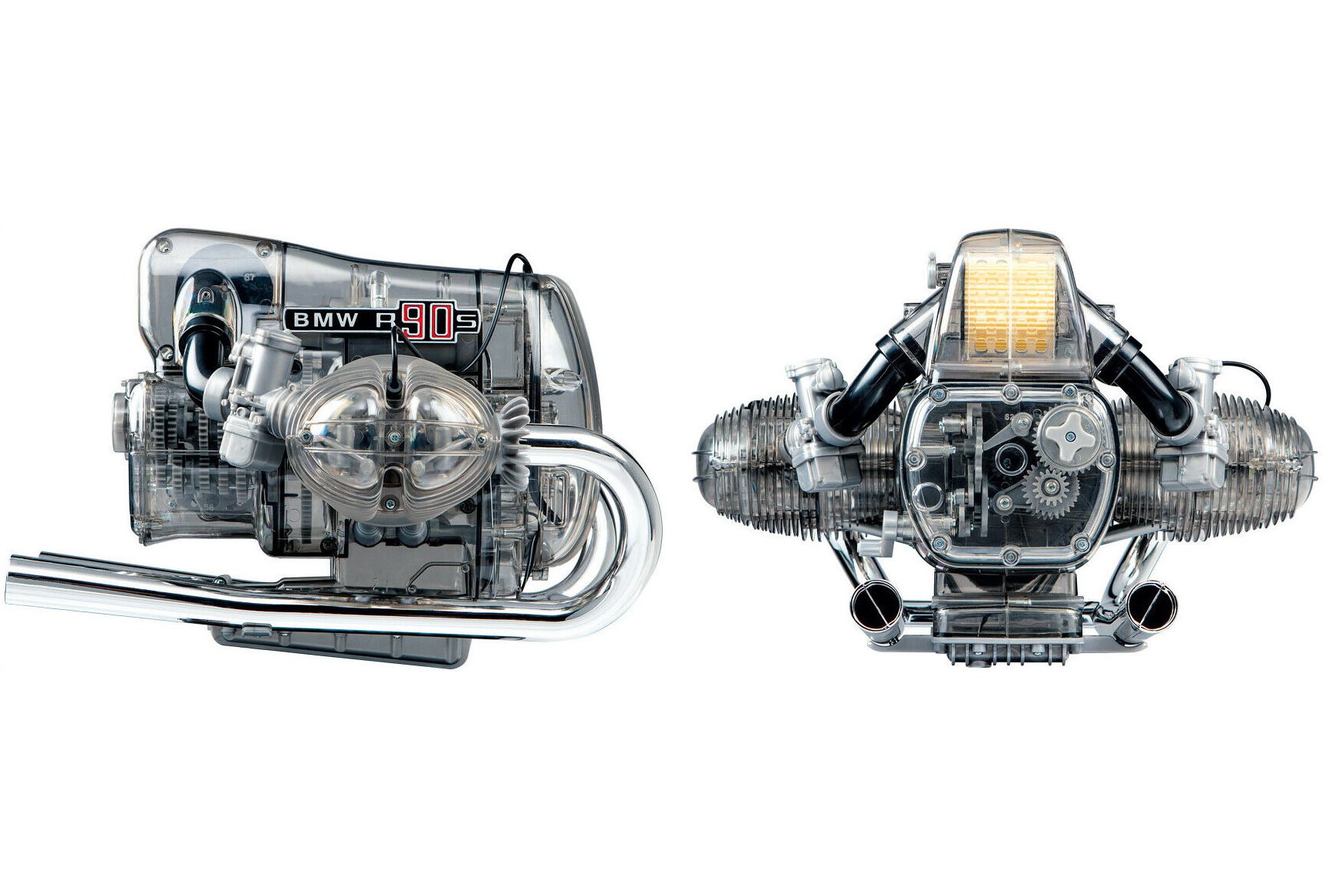