The Ford Bronco Stroppe Baja Edition is undoubtably one of the most desirable special edition American four-wheel drives ever made – somewhere between 450 and 650 were built and no one knows exactly how many have survived.

Bill Stroppe and his team built the Ford Bronco Stroppe Baja Edition from 1971 till 1975 to commemorate wins by Stroppe-prepared Broncos in the Baja 500 and Baja 1000 desert endurance races. The model was based on the Ford Sport Bronco model and each was initially built at Ford before being shipped to Bill Stroppe to have a slew of racing parts installed.

Customers could order their Stroppe Baja Edition Bronco right from their local Ford dealer, once the order was placed a standard Bronco was given special treatment that included a tri-color paint scheme combining Acapulco Blue, Wimbledon White, Poppy Red, and they were usually given a flat black hood to reduce glare. This tri-color livery matched the Baja 500 and 1000 winning Stroppe-built off-road racing vehicles. 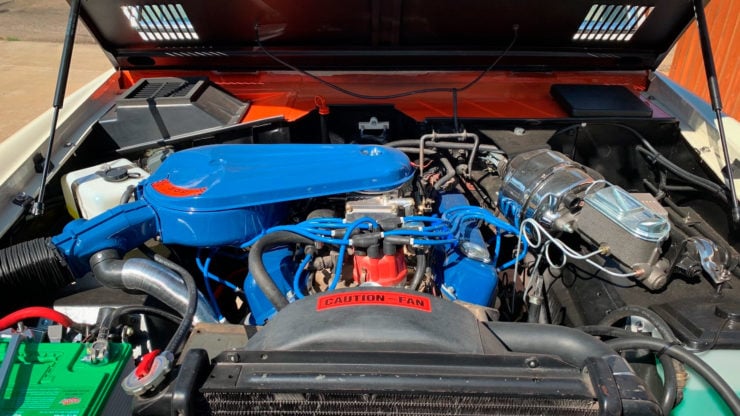 The process of building a Stroppe Bronco included far more than just a pretty paint scheme, they were also fitted with heavy duty suspension, a “reduced-noise” exhaust, and an extra cooling package. They were finished off with a chrome trim package with additional vinyl interior trim and floor mats before being shipped to Bill Stroppe.

Once they arrived at the Stroppe garage each vehicle received a range of upgrades, due to the fact that customers could choose a variety of options from an extensive selection of choices. Rear-fender flares were fitted and the front fenders were trimmed to make room for rock-climbing Gates Commando XT tires on either painted steel wheels or slotted-aluminum wheels.

Off-road racing inspired dual shock absorbers were fitted at each wheel, as well as a swing-away tire carrier, a roll cage, an auxiliary fuel tank, and customers could opt to have a C4 automatic transmission mated to the 302 cu. in. V8 – an important feature on an off-road racing vehicle as the torque converter helped to cushion the drivetrain from shocks. A number of other options were on offer including a rubberized steering wheel, front-bumper braces, a trailer hitch, and a front push bar that was nicknamed the “Cactus Smasher“. 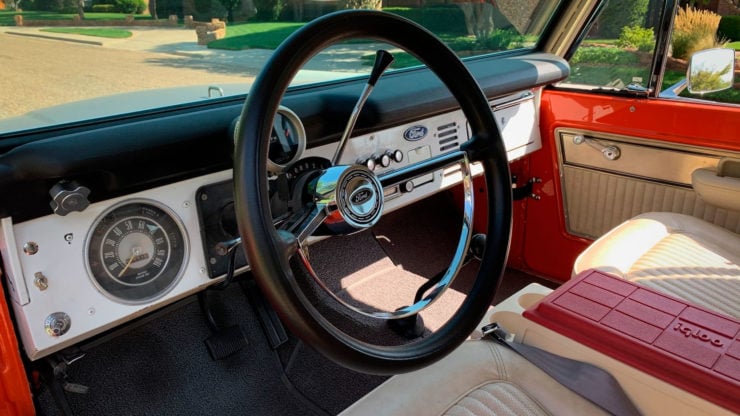 Exactly how many were built isn’t quite clear and numbers can vary depending on which expert you talk to but most seem to agree to was around the 500 mark. As you might expect many of them haven’t survived to the modern day due to the off-road racing exploits of their owners, many others were likely claimed by rust and junkyards.

Original examples of the Ford Bronco Stroppe Baja Edition are now worth $80,000 to $100,000+ USD, depending on the level of originality and the options that had been selected by the first buyer.

It’s reasonably rare to see them come up for sale and they typically attract a lot of attention when they do, so it’ll be interesting to see what this one sells for when it crosses the auction block with Mecum in mid-October. If you’d like to see more or register to bid you can click there to visit the listing. 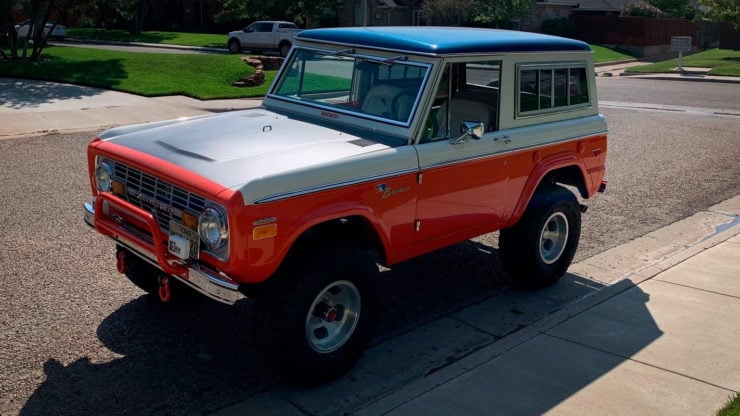 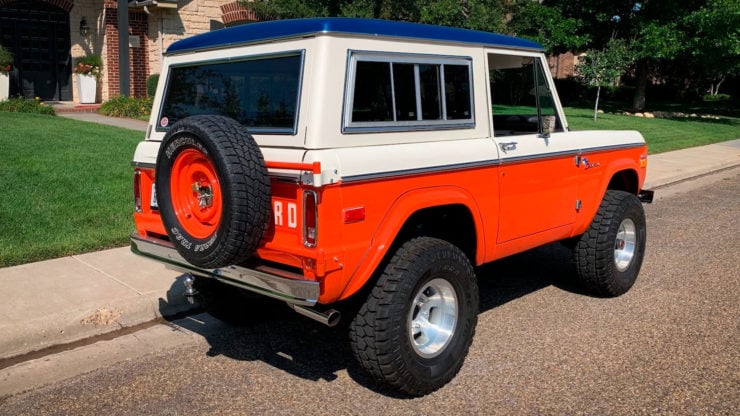 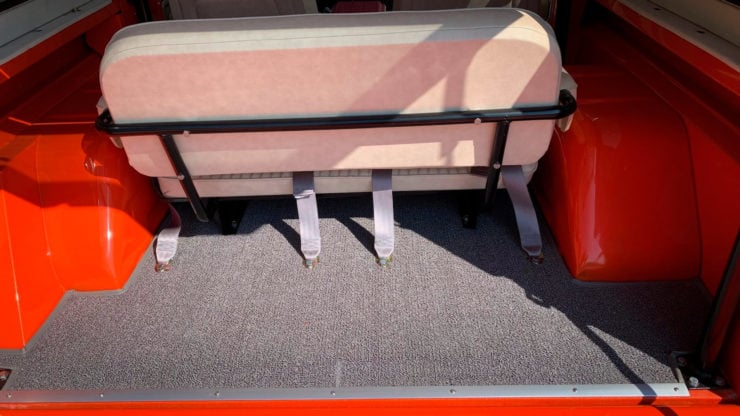 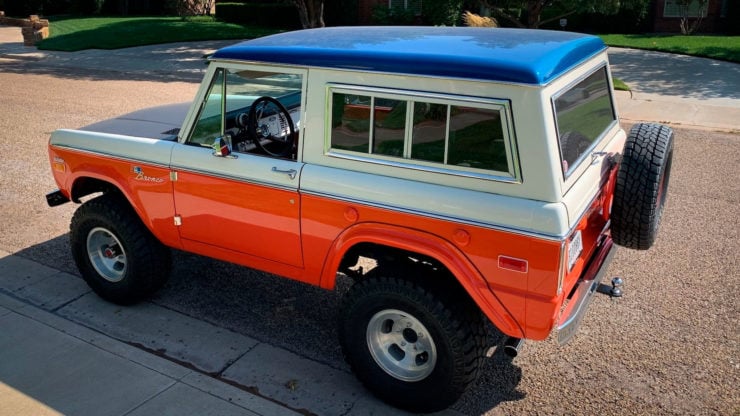 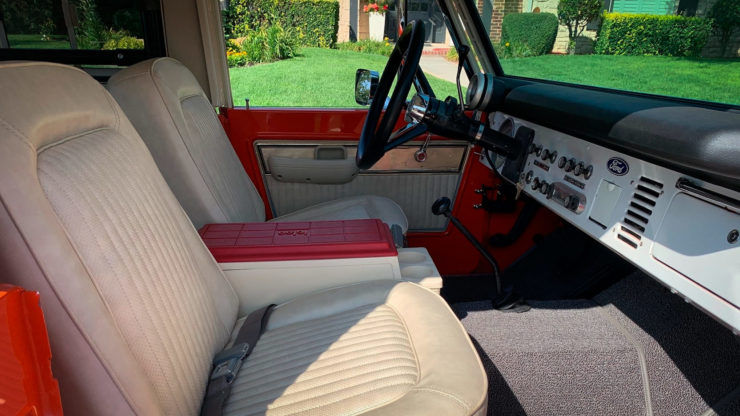 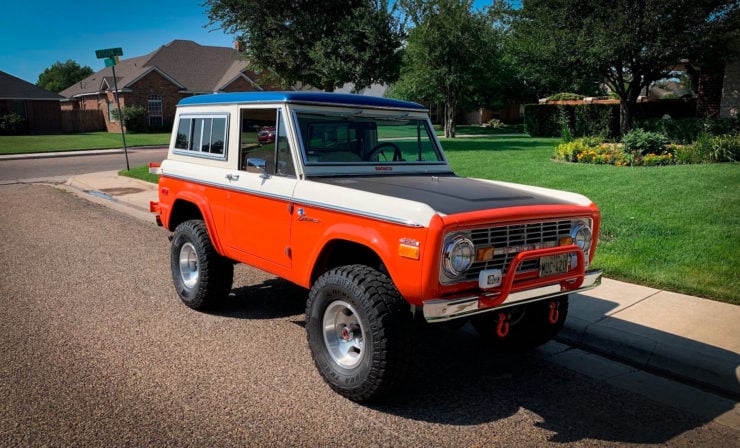