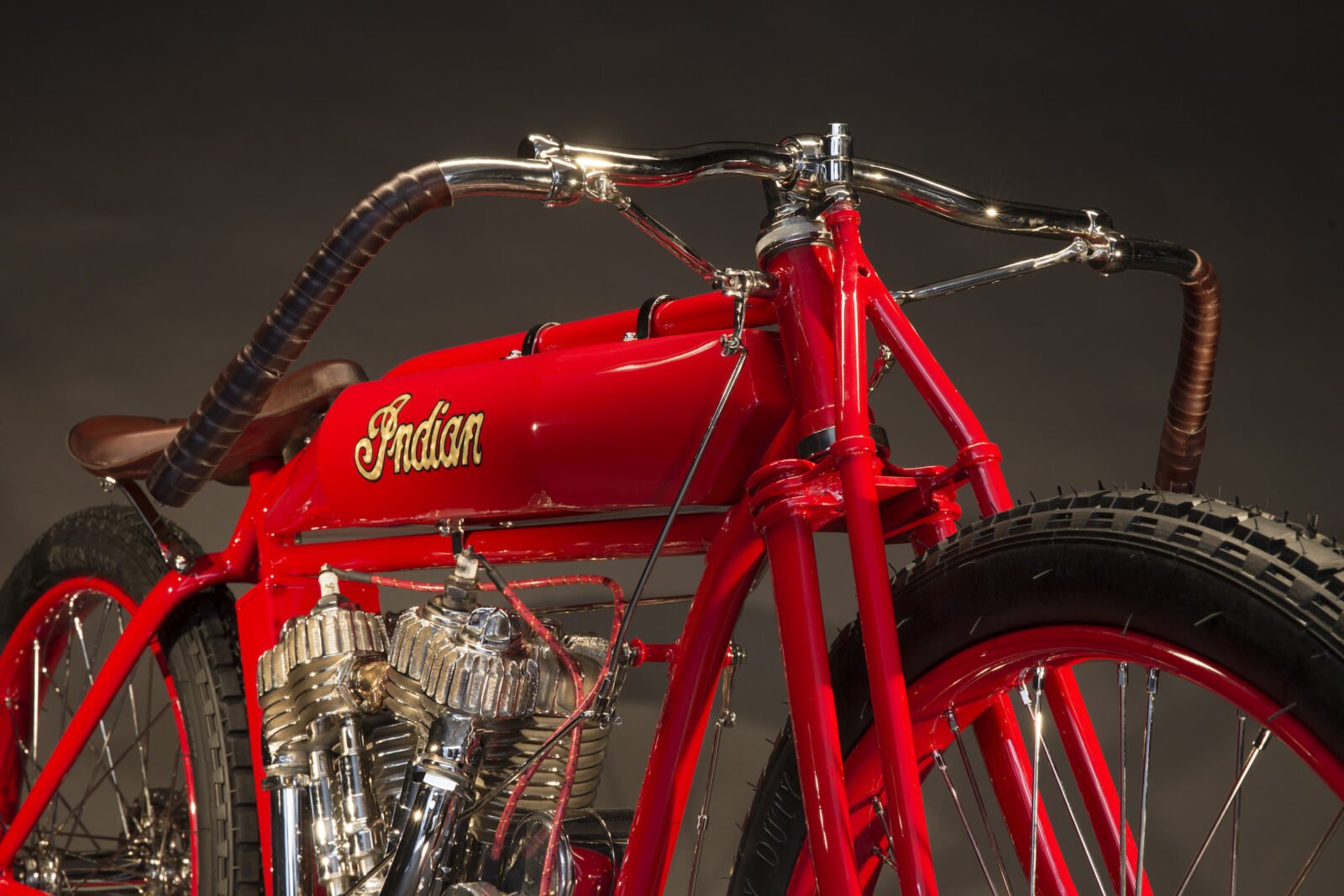 This original 1918 Indian Twin Board-Track Racer is a good reminder that back in the early 20th century, American motorcycle manufacturers were one of there world-leaders in the design and construction of racing bikes.

In 1911 the Indian factory racing team took 1st, 2nd, and 3rd at the Isle of Man Tourist Trophy – beating the best in Europe at their own game, on their own turf.

The Indian Motocycle Co. originally started out in 1897 manufacturing bicycles like the “Silver King”, “Silver Queen”, and the “American Indian”. Company founder George M. Hendee was joined by Oscar Hedstrom in 1900, the two men were accomplished bicycle racers and manufacturers, and they teamed up in Middletown, Connecticut to build a prototype 1.75 bhp “moto cycle”.

The popularity and sales success of this simple motorized bicycle was immediate, and in 1903 Hedstrom set the world motorcycle speed record of 56 mph – triggering global newspaper headlines and doing absolutely no harm to Indians sales figures. 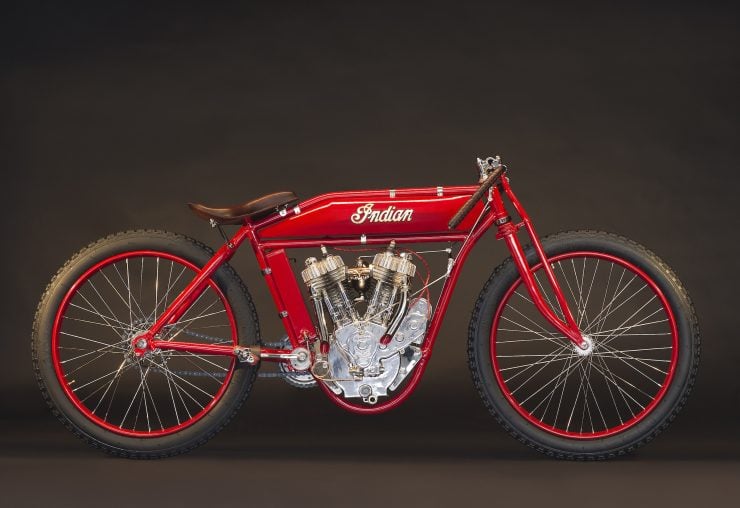 The first Indian V-twin appeared in 1905 as a factory racer, it won countless races, set speed and endurance records, and became famous in its own right. By 1907 when the first consumer version of the Indian V-twin was available, the factory had a hard time making enough of them to keep them on showroom floors.

The competition between Indian, Excelsior, and Harley-Davidson in the 1910s was utterly fierce, and by 1915 Harley-Davidson had eked out an advantage. Indian responded by re-engineering their V-twin with a flathead design in place of the original F-head design, roller bearings were used, and a range of smaller improvements were included.

This new “Powerplus” 998cc V-twin was ridden by Indian works team racer Erwin “Cannonball” Baker from from Vancouver to Tijuana – covering 1,655 miles in 3 days, 9 hours and 15 minutes. This trip was known as the “Three Flags”, and Cannonball set a new record on the Powerplus Indian.

The Indian board track racing motorcycles built by the factory were defined by their bright red frames, gleaming engines, and the prominent “Indian” logo on the fuel tank installed between the frames two top tubes. These motorcycles would travel around America racing on the gigantic wooden board track racing stadiums, reaching speeds in excess of 100 mph with no brakes, no helmets, and no suspension.

Today these early American board track racing motorcycles are rare, and hugely collectible. Their simple, beautiful styling became the foundation for many of the racing motorcycles that would be developed over the following decades.

The Indian you see here was bought as an almost complete but disassembled basketcase requiring a full restoration.

The process of restoring a motorcycle like this is a very difficult business, you can’t just replace parts willing-nilly as it negatively impacts the originality – so you need to carefully rebuild and restore as many original parts as possible.

Importantly, the frame and engine of this Indian are both originals that have stayed together for 100 years since they originally left the factory. The bike did need new pistons, a new fuel tank, front forks, and handlebars – all of which were carefully hand-made to exact original specifications.

If you’d like to read more about this Indian or enquire after buying it, you can click here to visit the listing on Heroes Motors 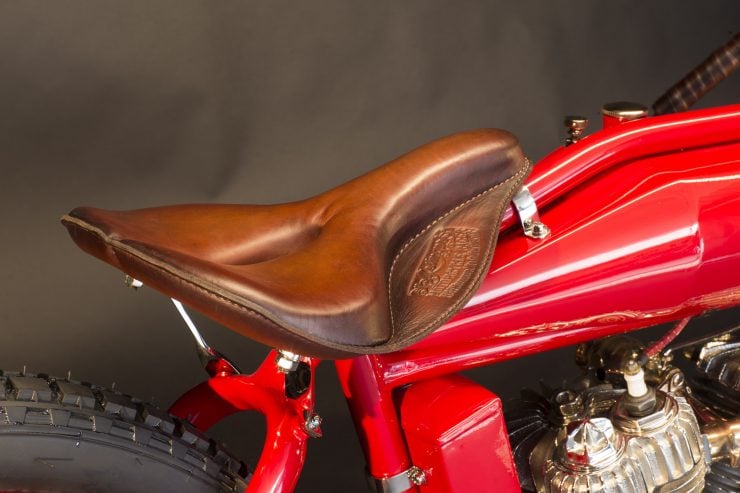 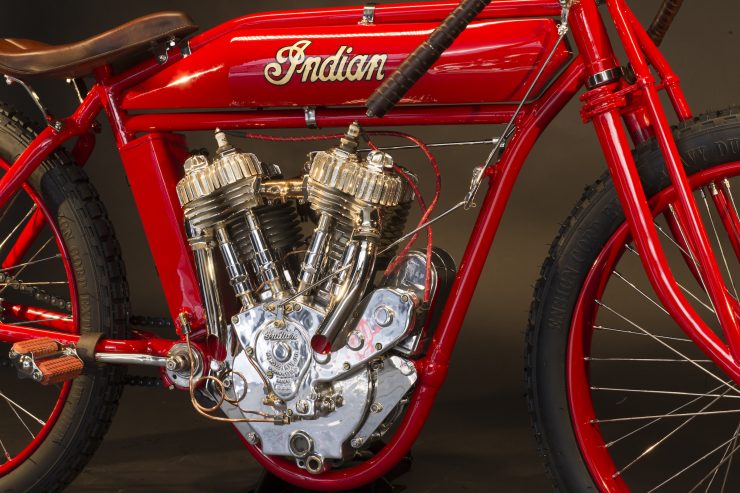 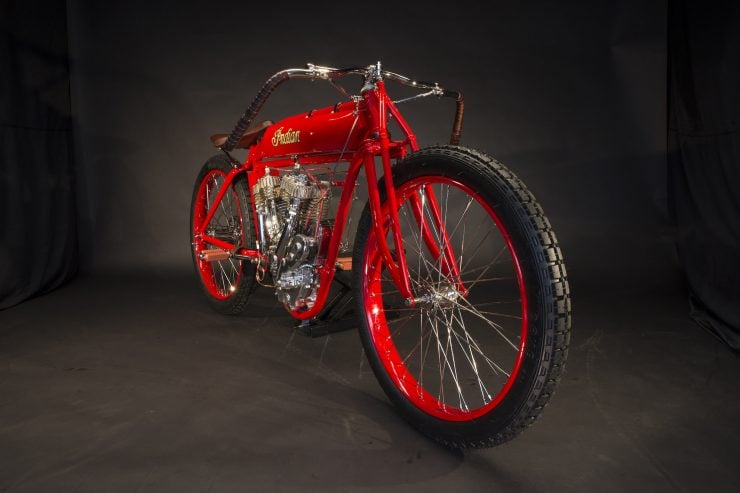 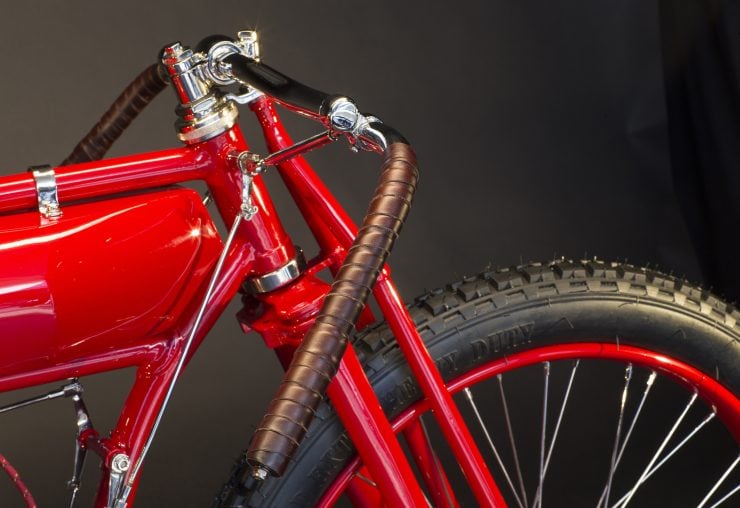 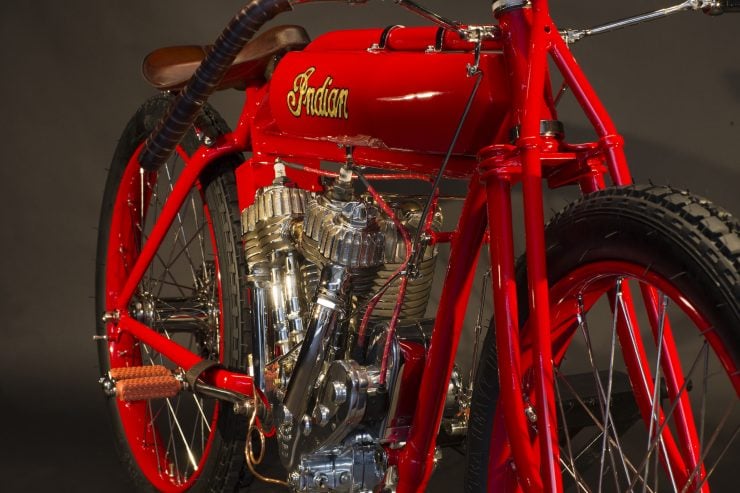 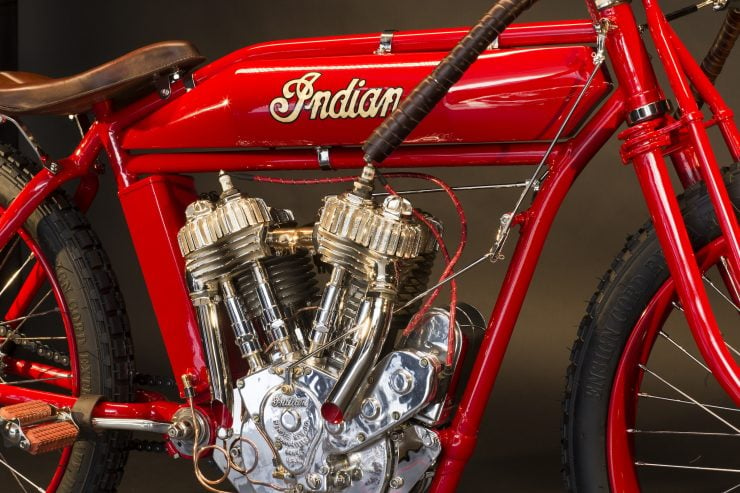 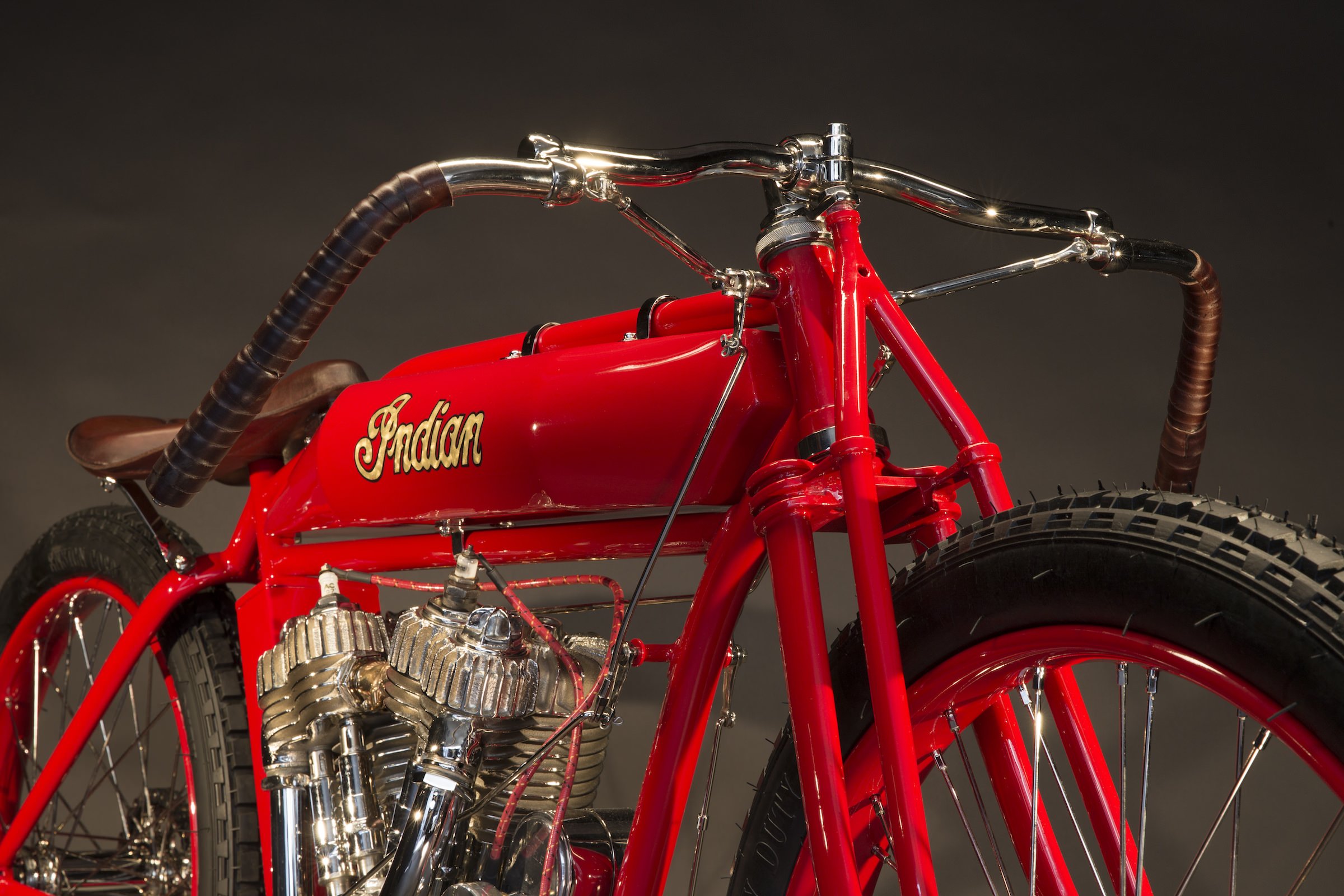