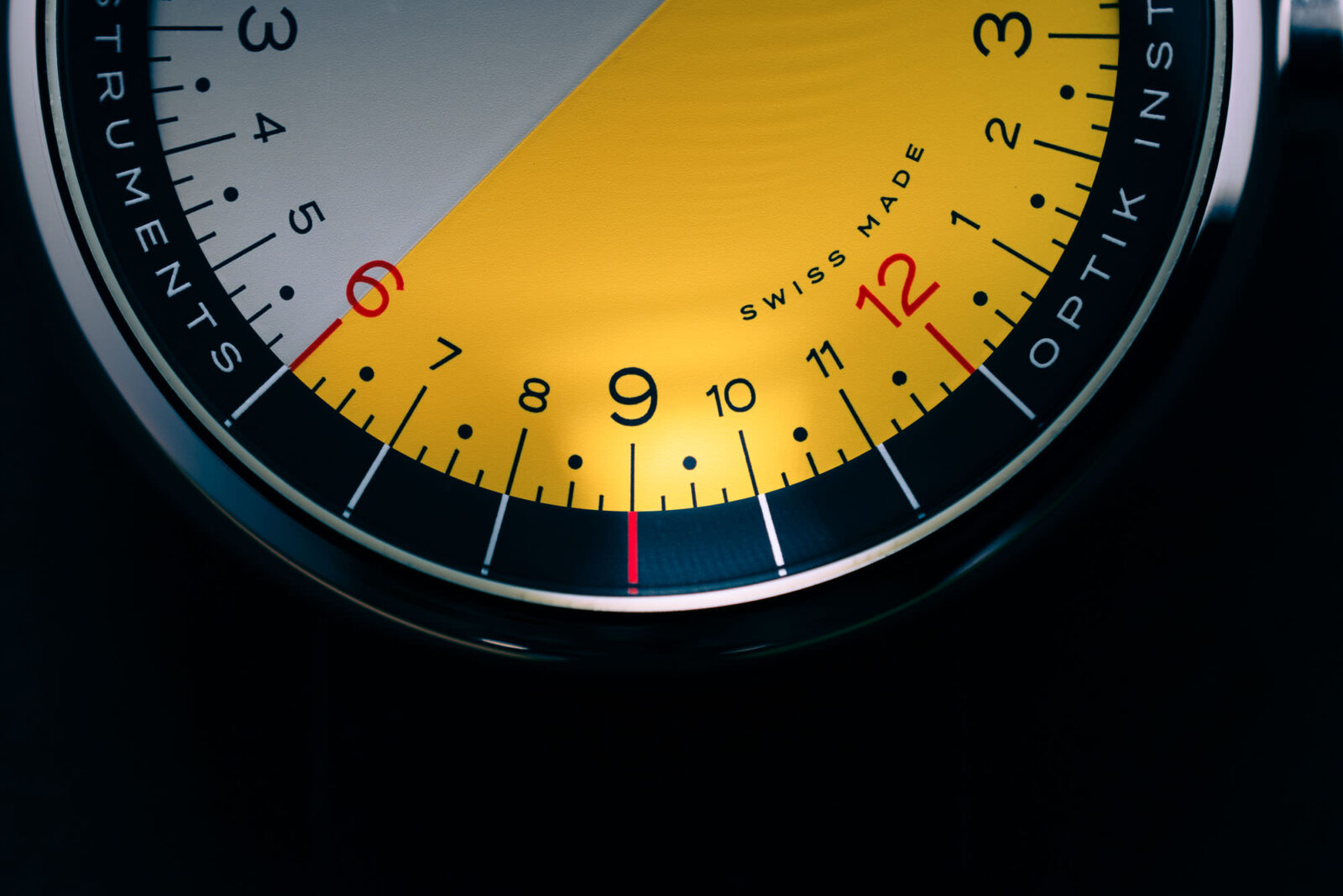 The HORIZON Watch was designed to be an affordable, minimalist Swiss-made wristwatch with a unique face that tells the time at a glance.

Time is read by noting the position of the rotating disc, one half indicates daylight and the other half indicates night, it rotates once every 24 hours, and you read the time by observing which number is lined up with the small red line on the bezel. There are two red lines, but you can read the time off either as each half of the rotating disc had the same 12 digits.

Those who regularly travel will likely make use of the built-in timezone feature, to the right and left of each red line there are 3 white lines, each representing a 1 hour time difference either forward or backward. Changing the displayed time for timezones beyond 3 hours on the HORIZON Watch is done in the traditional way, by popping the crown out and rotating it either forward or backward.

There are three colorways available for the HORIZON Watch, the Navigator which is black with yellow highlights, the Flagship which is the one you see pictured above and below, and the Billet which is two-tone grey with red highlights.

The Swiss-made movement is an electric 515.24 by Ronda AG, it’s fitted inside a curved 316L stainless steel case, with a sapphire domed crystal (with AR coating), 45-month battery life, and the central disc made from lightweight composites. The watch is water-resistant to 100m, making it suitable for swimming, snorkelling, showering, etc etc.

The HORIZON Watch was developed by Optik Instruments, and it’s been fully-funded already on Kickstarter, however it’s still possible to buy one via the Kickstarter campaign (for a few more days) and save 30% off the retail price. It’ll cost you £279 (retail will be £399) which works out to ~$390 USD – not bad for a watch that won’t look whisker out of place no matter if you’re wearing a tuxedo or cargo pants. 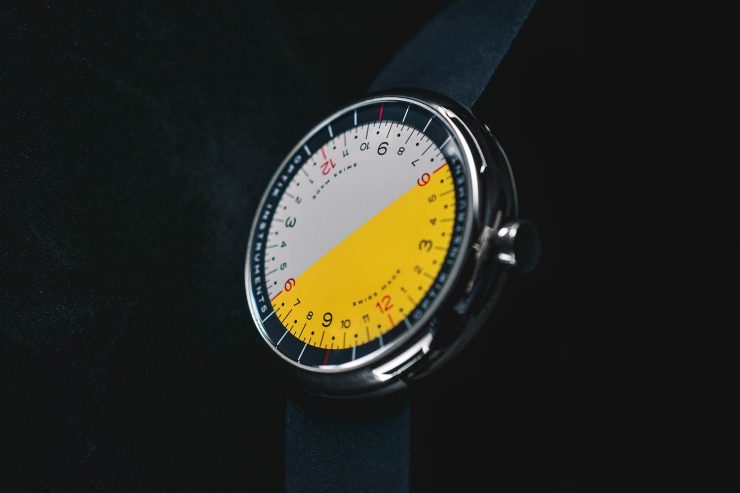 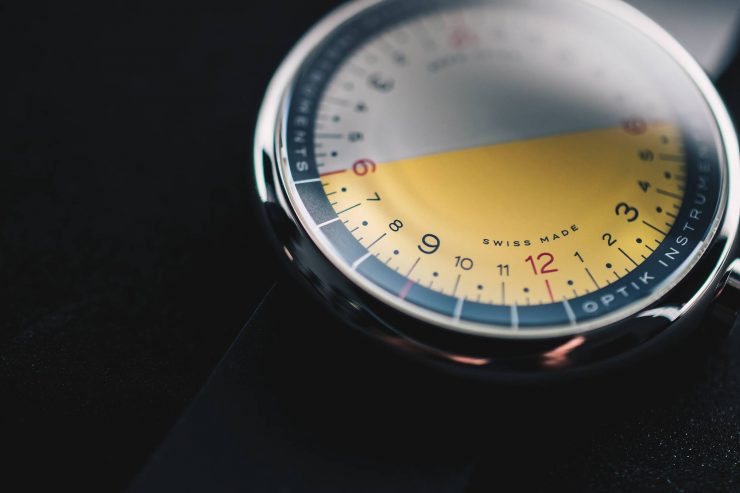 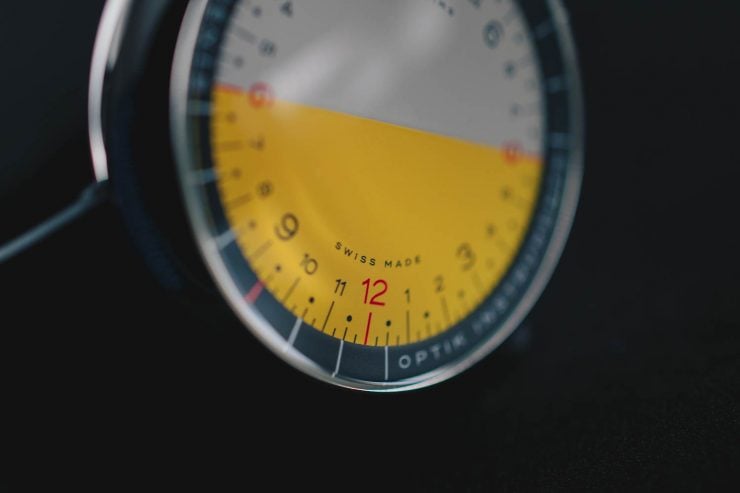 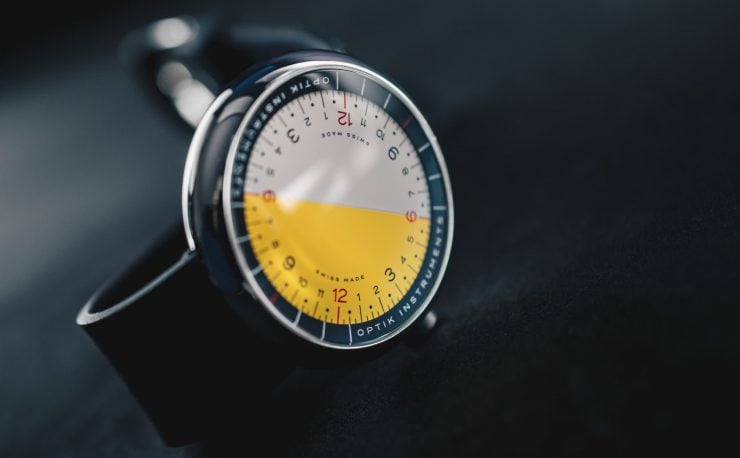 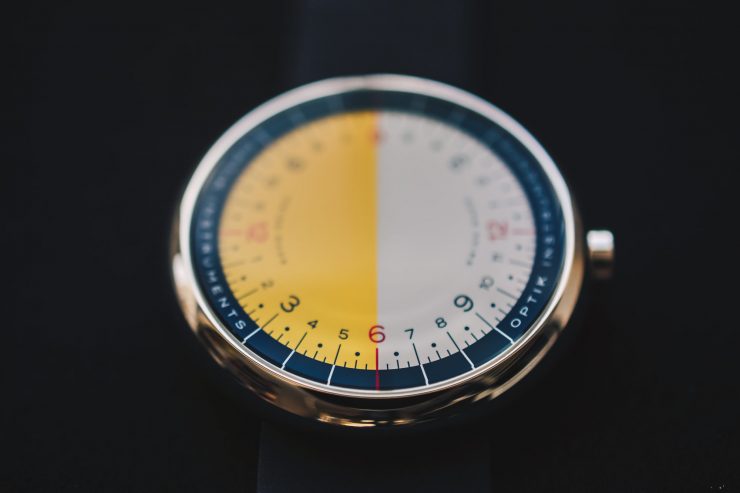 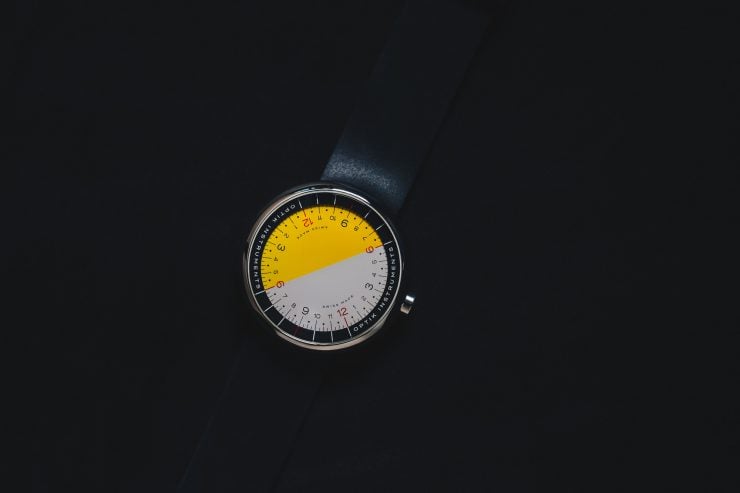 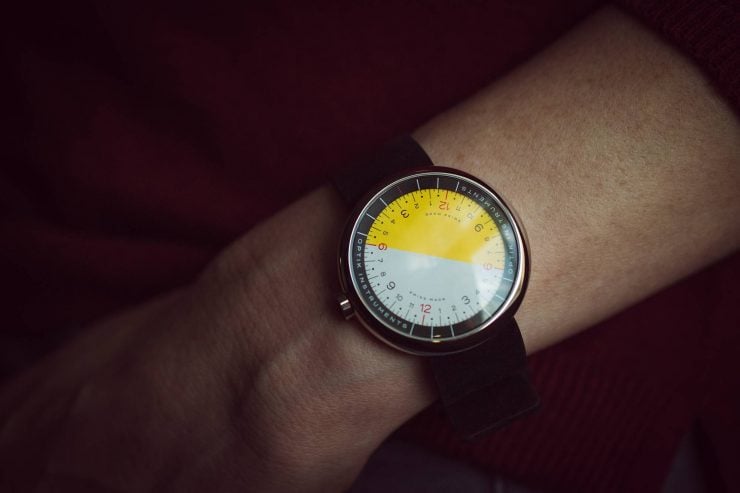 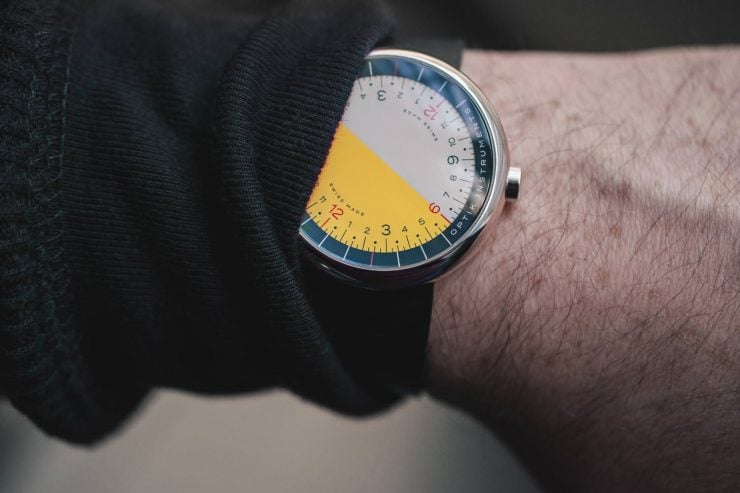 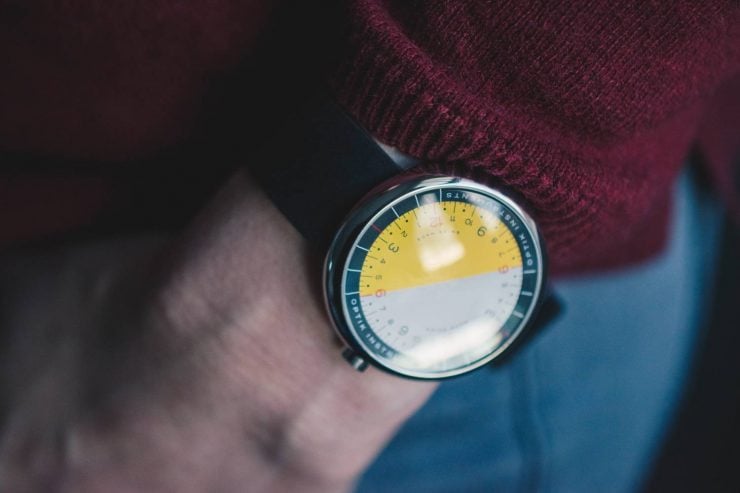 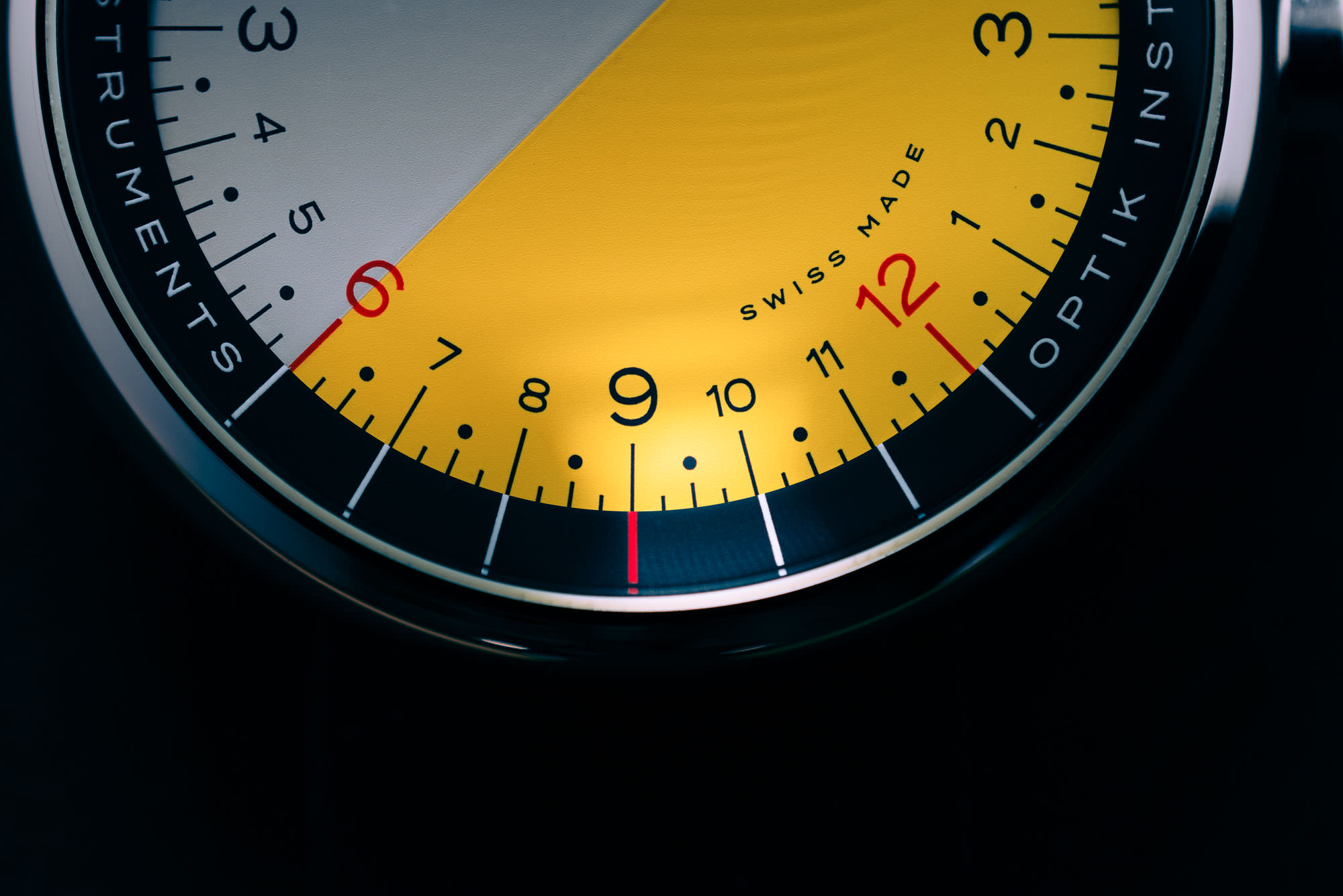