Deus Ex Machina took a trip to Lake Gairder in March 2006 to take part in the DLRA Speed Week trials, they ended up taking a record for PG 500cc on their modified SR-XT500. This 3:31 video is a montage of the weekend and will almost certainly make you happy. 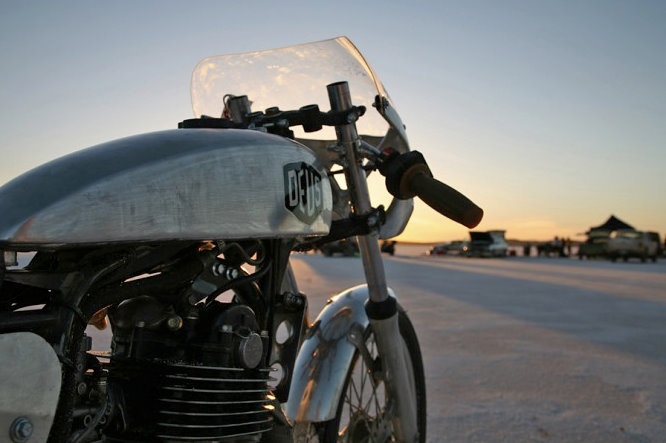