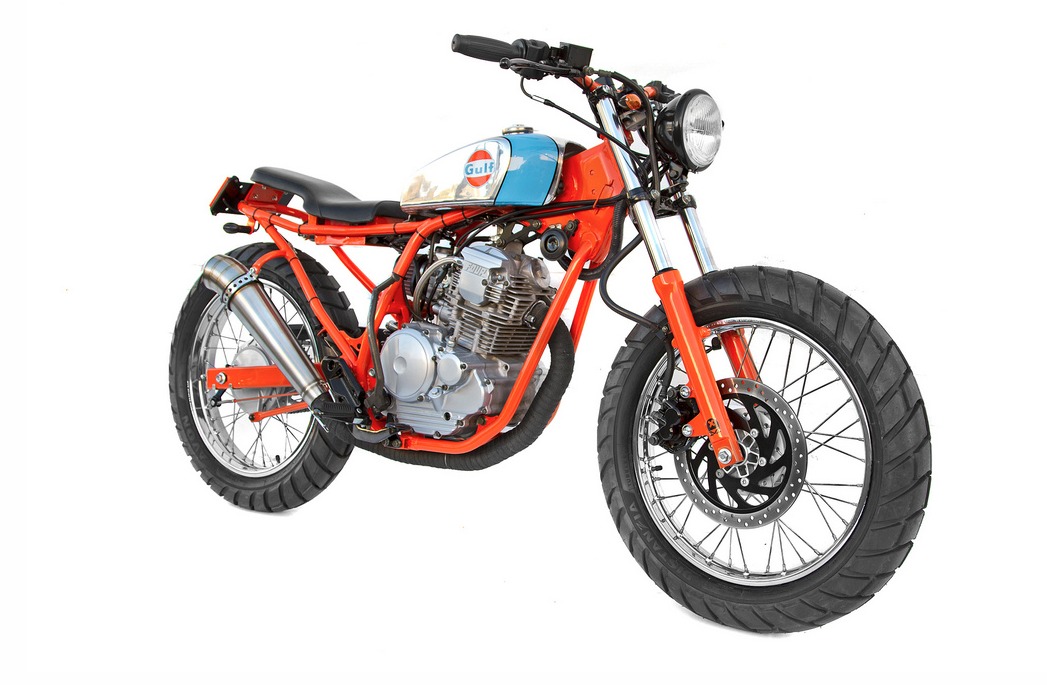 Deus Ex Machina are becoming exceedingly good at customising the Yamaha Scorpio 225, this latest creation dubbed “The Flug” is a great example of what can be achieved when all the superfluous plastic is pulled off a bike and some tasteful, functional additions are made.

Sporting a Gulf paint job reminiscent of the Porsche 917 driven by Steve McQueen in the movie “Le Mans”, a chunky set of tires (Avon Distanzia), an eye catching flame-orange frame and black wrapped exhaust all combine to make this bike a real head turner. We don’t have much more info on the bike yet but will update when we do. 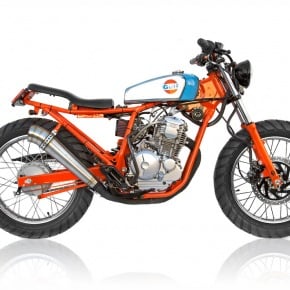 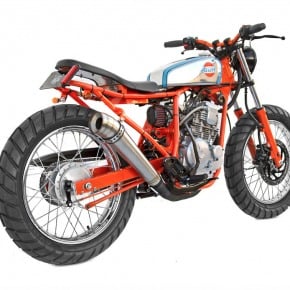 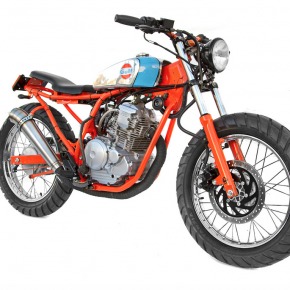 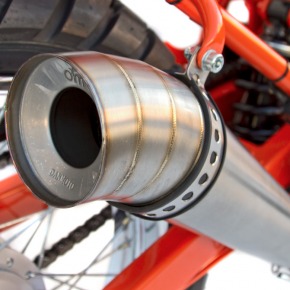 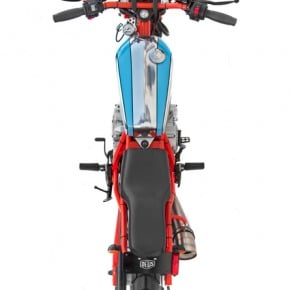 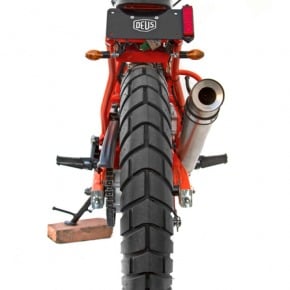 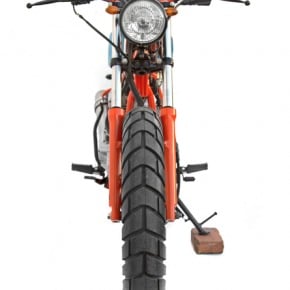 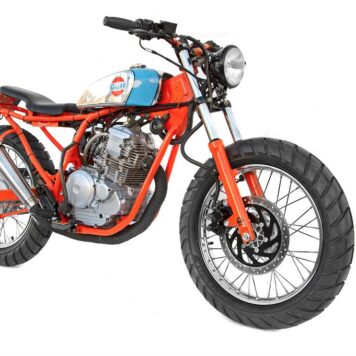 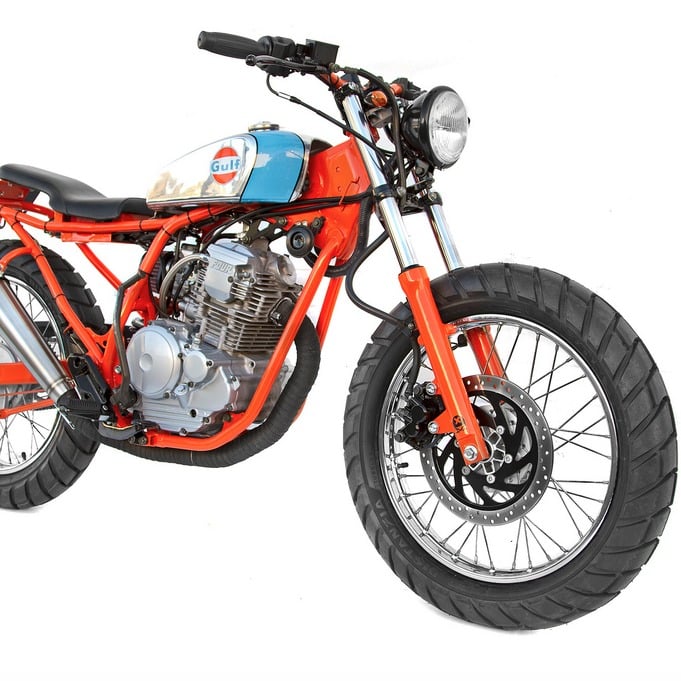