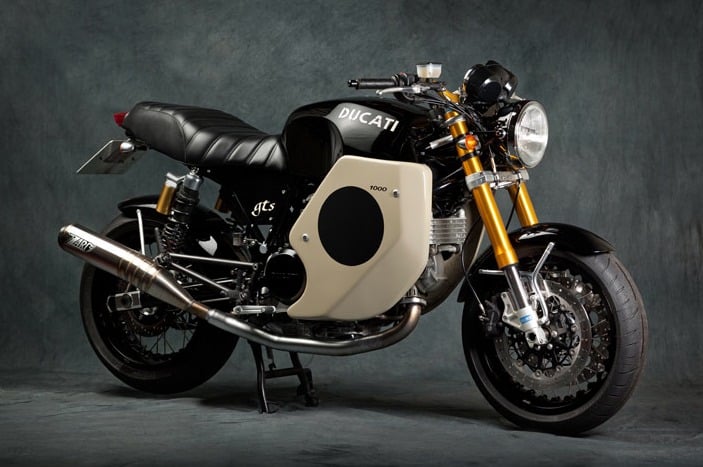 Mr Martini is a Triumph dealer and custom bike builder in Verona, Italy. His eye for detail has earned him accolades from within the bike building community, being a Triumph dealer most of his work centres around the British marque but every now and then Mr Martini (Nicola Martini) finds the time to take on a Ducati. The results are always impressive.

This Ducati GT Special was completed earlier this year and I, for one, prefer it to most of the Triumph builds. It has a clean, almost minimalist feel about it as well as a very clear track-day appeal, those adjustable front and rear shocks, race spec exhaust and big vented discs look capable of embarrassing any punk on a GSX-R you feel like taking on and then getting you home in time for a sunset Peroni.

Check out Mr Martini to see his other builds and take a look at his brilliant “Gentleman’s Lounge” showroom. 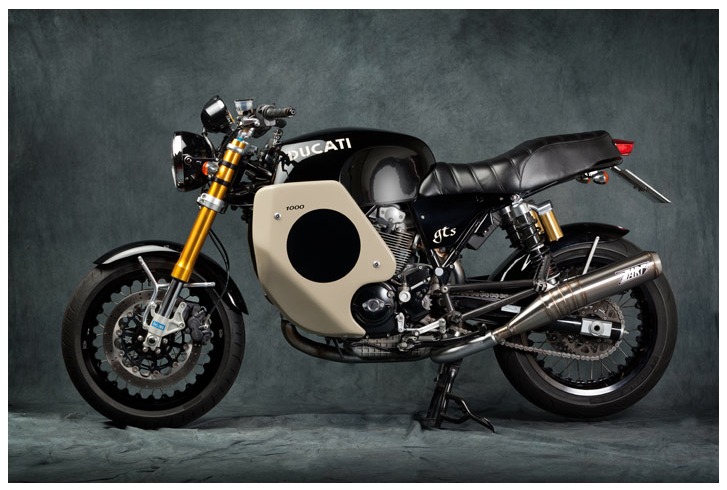 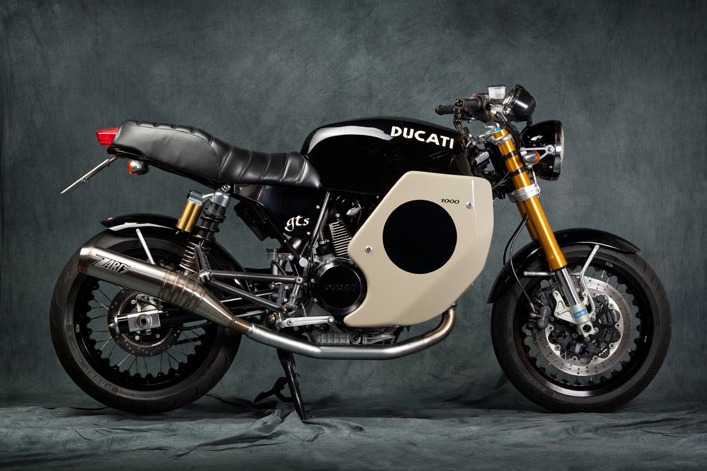 Via Return of the Café Racers 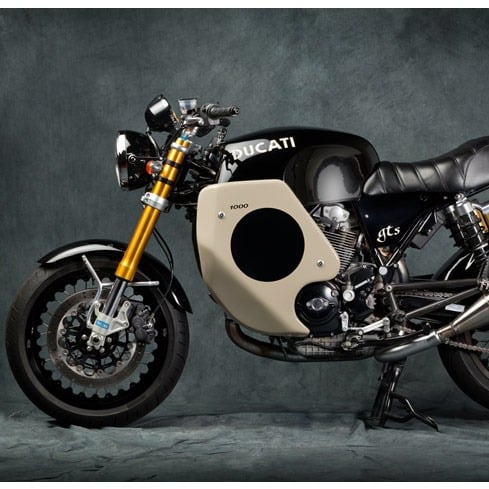