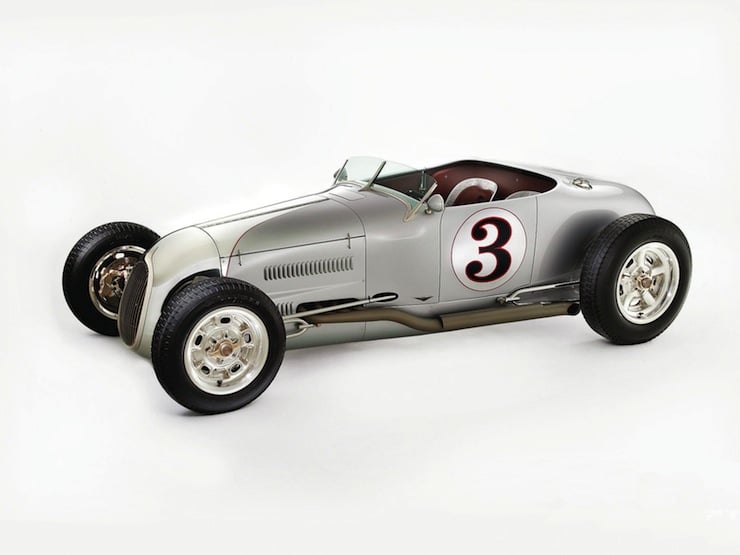 The Ford Indy Speedster V8 was built by Bill Lindig and the team at SO-CAL, it’s a testament to classic, race-ready hot rod building and we like it a great deal. The chassis was first conceived by Jackie Howerton, an accomplished second-generation race car driver and lover of all things race car related.

The remarkable titanium and ceramic-coated frame made from 1-3/4 x 0.120-inch 4130 chromoly tubing is a master-class in chassis engineering, the torsional rigidity is far above what we’re used to seeing in the V8 powered world of drag racing hot rods. Howerton designed the Indy Speedster to have sprint car-influenced handling with the necessary tweaks to be at home on the street and out on the salt.

As with most hot rods, this car is powered by a V8, in this case it’s a 450hp Art Chrisman built 353 inch aluminum small-block Ford V8 with triple Holley carburettors and Howerton-built, titanium ceramic-coated headers. Power is pushed to the rear wheels through a Center Force clutch, an aluminum flywheel and on into a BorgWarner World Class five-speed transmission. The car itself weighs in at 1,925lbs and has a weight distribution of 45/front 55/rear and has a total wheel-base of 110 inches. 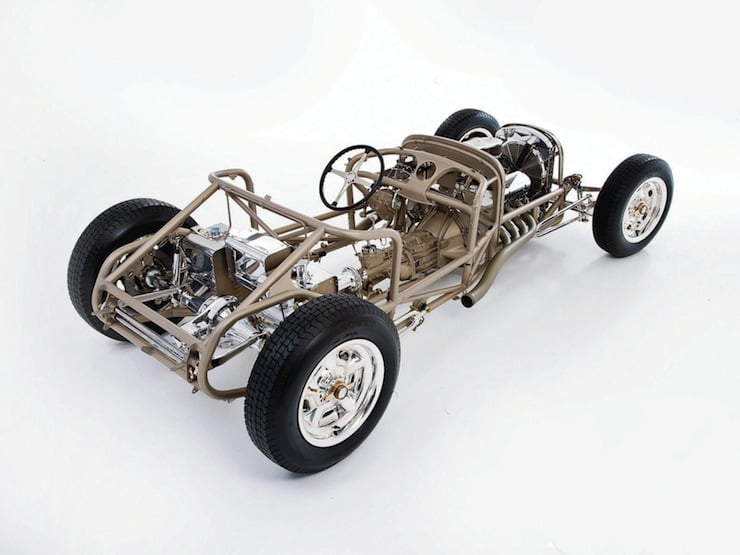 Those who have had the pleasure of riding in the Indy Speedster rant and rave about things like cornering ability and braking performance, two concepts almost unheard of in the open-wheeled world of classic hot rod building. The interior of the car has been modelled on the minimalist cabins of 1950s race cars, the use of leather, aluminium and chrome gives it an almost steam punk feel – if Bill Lindig doesn’t wear a flat cap and a monocle while driving the Speedster, I’ll be very disappointed.

When Bill was asked what his plans were for the car, he responded;

“Following a few events in SoCal I intend to bring it to our country home in Kerrville, Texas, which is in the heart of the Texas Hill Country. Fire it up and drive, drive, drive; driving it on the curvy asphalt backroads. This race car–inspired hot rod with its torsion suspension is a fantastic driver. It puts your heart in your throat.” – Bill Lindig –

Via our friends at Street Rodder Magazine. 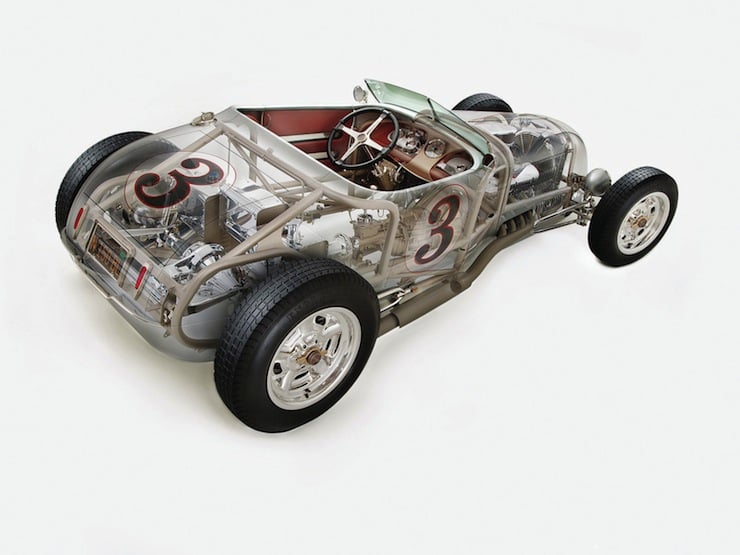 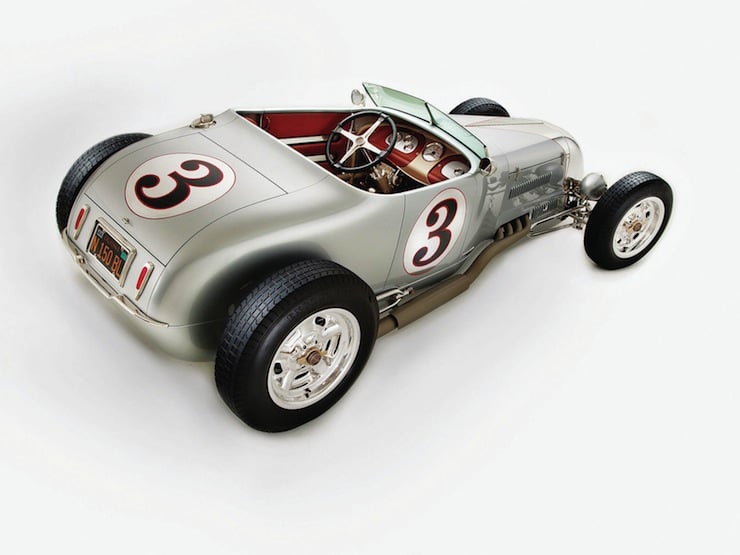 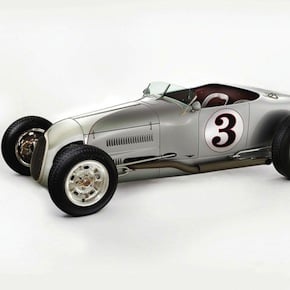 Published by Ben Branch - May 23rd 2013
Related Posts
The Kermit Chair: The Original Motorcycle Touring Chair – 100% Made In The USA