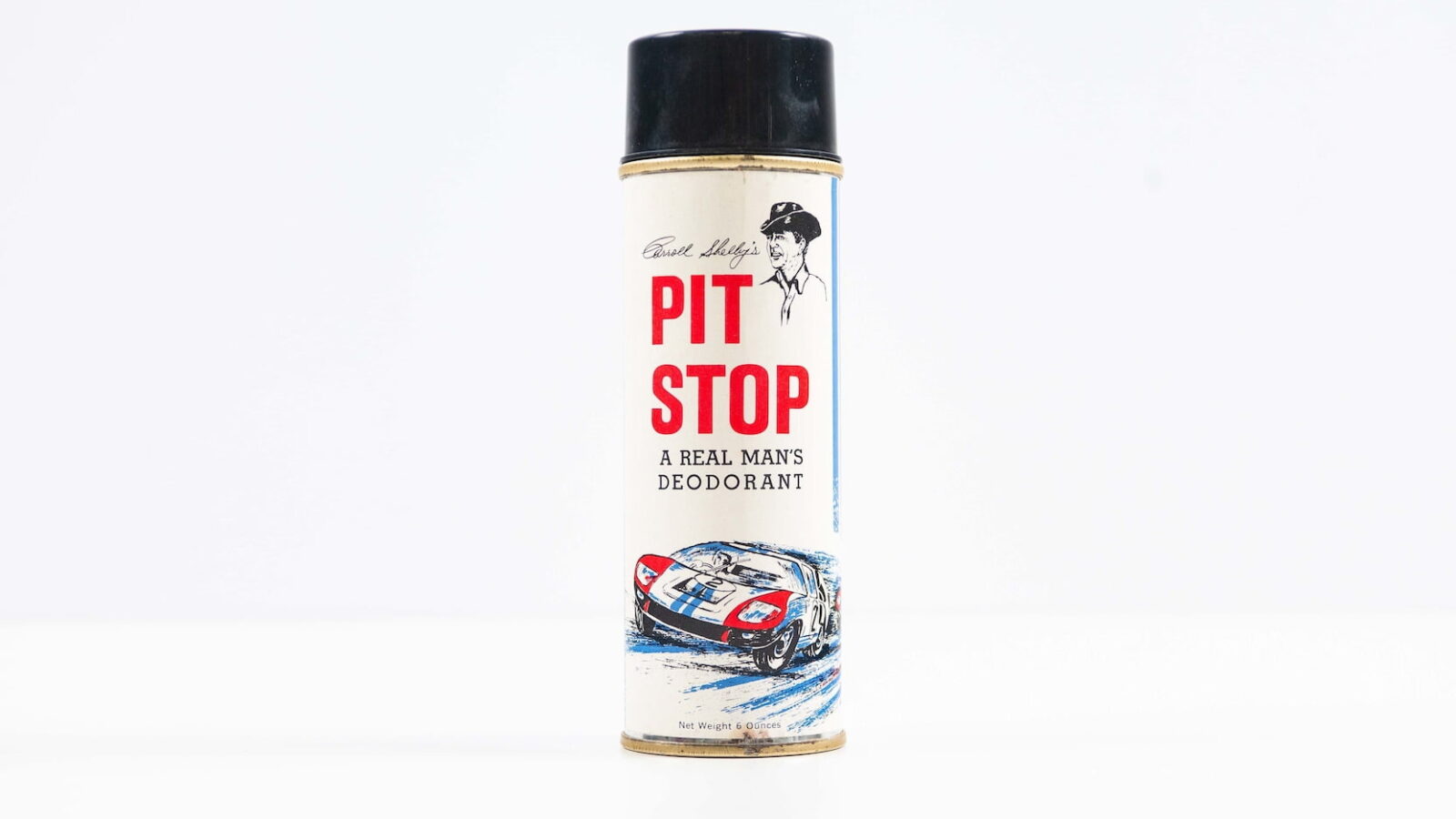 This is a can of original Pit Stop Deodorant by Carroll Shelby, it was his first (and possibly last) foray into the world of men’s grooming products.

When this can was sold in 1967, Carroll Shelby was a household name across the United States – a rare feat for a retired racing driver as they typically fall from public view after they leave competition.

The reason Shelby had become more famous after his retirement was his runaway successes building sports cars, starting with the Shelby Cobra and continuing with the Shelby Mustangs, the Le Mans-winning Ford GT40 program, and onwards from there. 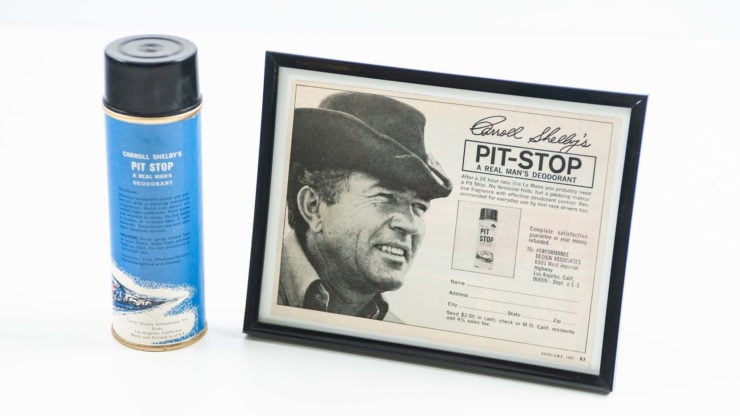 Carroll Shelby’s Pit Stop Deodorant was advertised in motoring magazines with text that said: “After a 24 hour race like Le Mans you probably need a Pit Stop. No feminine frills, but a pleasing masculine fragrance with effective deodorant control. Recommended for everyday use by non-race drivers also.”

Although this can is all original it’s probably not safe to use for obvious age-related reasons, but it does make an excellent display item in a garage (or home), and a great conversation piece.

In order to buy a can originally you needed to mail $2 to Performance Design Associates, the deodorant is not in production any longer (sadly) however the can you see here is due to cross the auction block with Mecum at the Indy Road Art auction. It currently has no estimate and it has no reserve, if you’d like to read more about it you can click here. 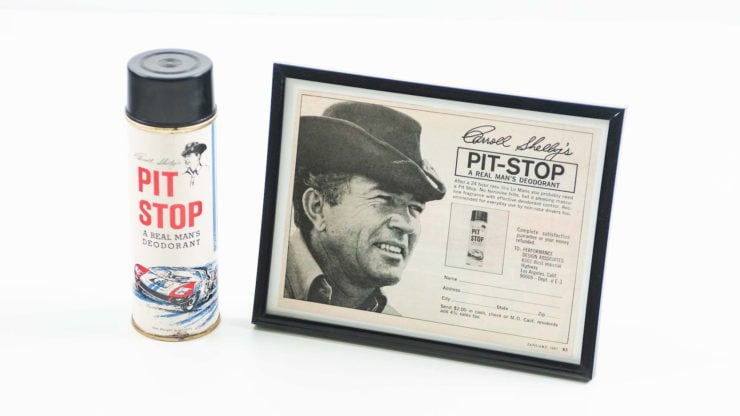 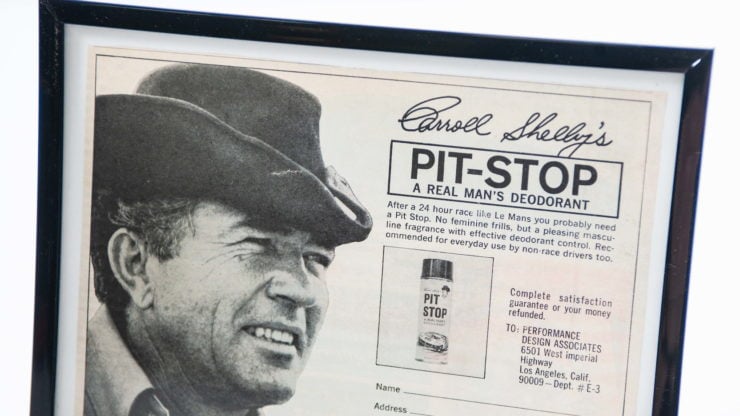 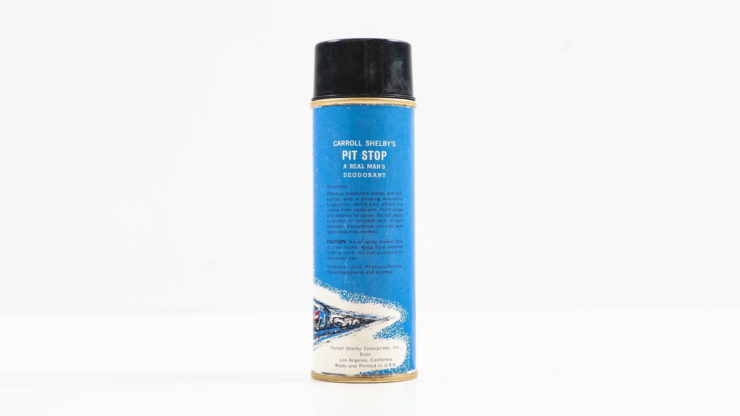 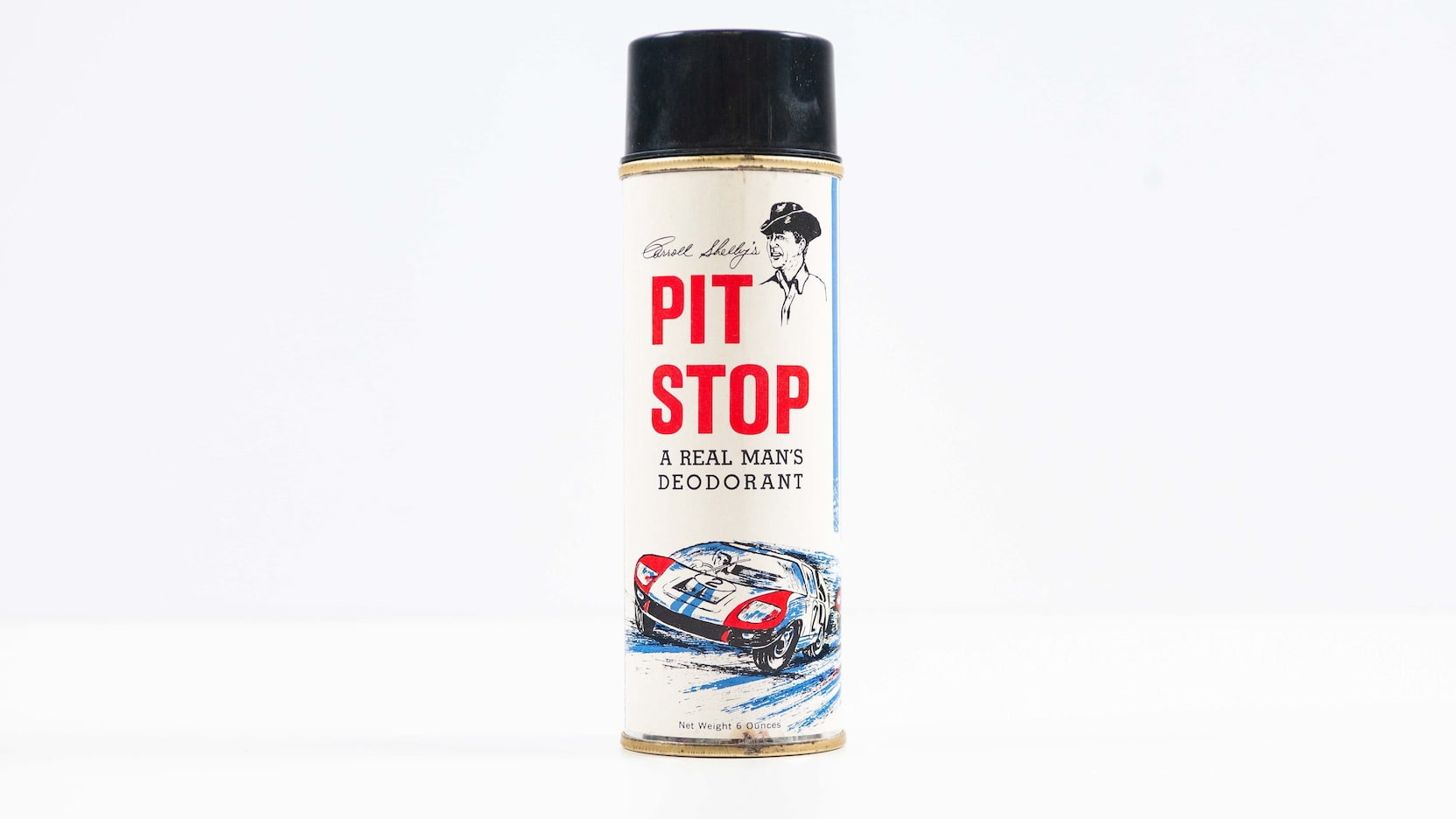