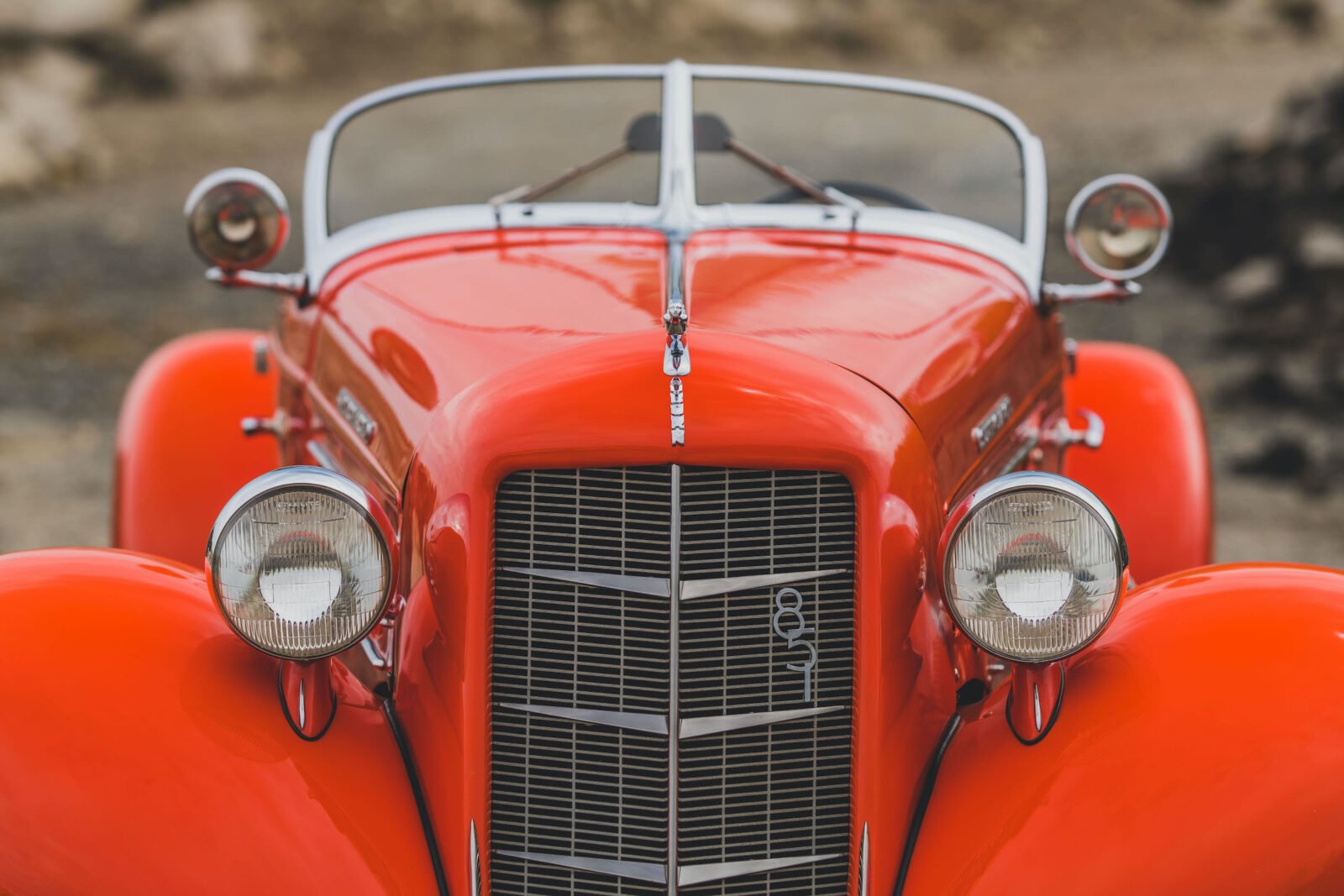 Gordon Buehrig is widely recognised as being one of the 20th century’s most important car designers, his career started in the 1920s and by the time he was 25 he was already the Chief Body Designer for Duesenberg, where he designed the legendary Model J. Before this he worked at Stutz where he designed the Black Hawks that were entered into the 24 Hours of Le Mans.

Auburn’s 851 Boattail Speedster was launched right into the middle of The Great Depression, possibly the worst time in the 20th century for high-end automakers. Despite this the car proved reasonably popular thanks to three main factors – it was affordable compared to its immediate competition, it was stunningly beautiful, and it was fast. 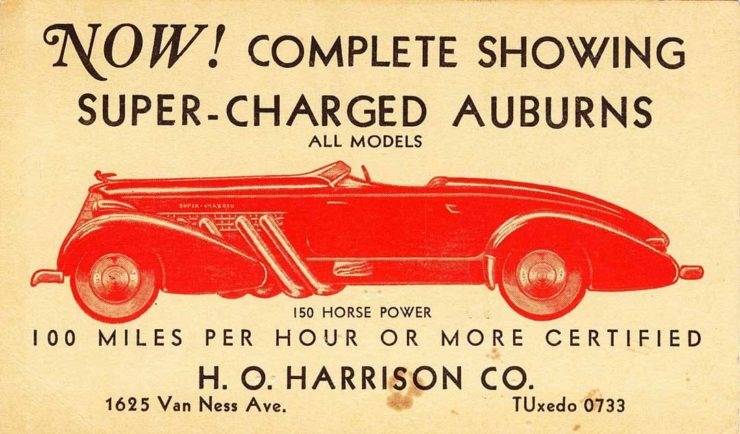 The beauty of the car isn’t just skin deep – it’s powered by a Schweitzer-Cummins supercharged straight-8 that sends power back through a 3-speed transmission into a 2-speed Columbia rear axle. This gives the car six forward speeds and allowed the driver to choose his differential ratio on the fly – depending on whether they wanted better acceleration or better highway fuel economy.

In supercharged form the Auburn straight-8 side-valve engine is capable of 150 bhp, it has a capacity of 280 cu. in. or 4.6 litres. The car rides on a solid front axle with semi-elliptic leaf springs, and its unusual two-speed live rear axle also rides on semi-elliptic leaf springs. Four-wheel hydraulic Lockheed drum brakes are fitted, and the car uses worm and peg steering. 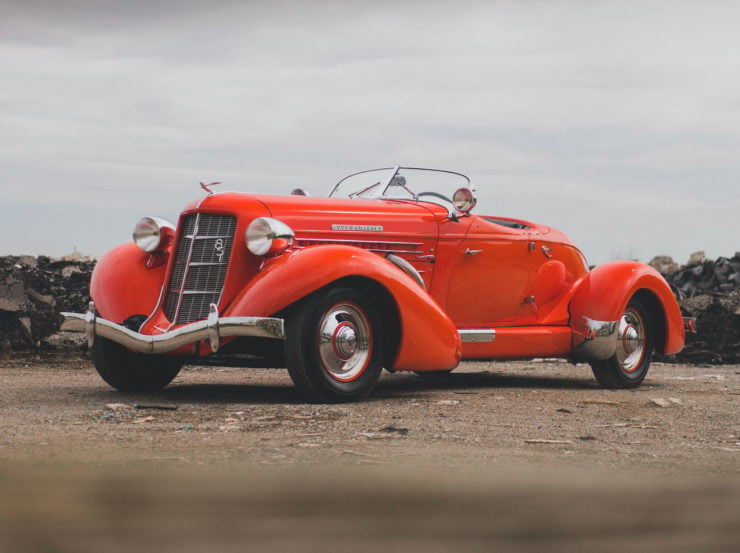 The cabin has comfortable seating for two on a wide bench seat, and there’s a folding top which stows under a panel behind the seats – this gives the car a clean side profile with no folded down soft top visible. The dual ratio rear end is operated via a sliding toggle on the steering wheel, labelled as high and low.

The Boattail Speedster was only built for the 1935 and 1936 model years, all Auburn production ceased in 1937 when the realities of the Great Depression became inescapable. Today the surviving examples of the model are among the most highly sought after American pre-WWII classic cars that now change hands for sums in excess of three quarters of a million US dollars. 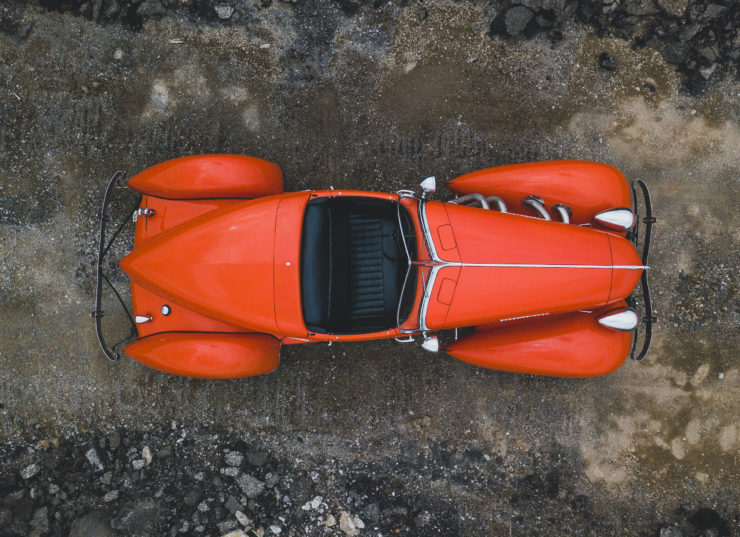 The car you see here is a 1935 Auburn Speedster that was originally owned by a couple in Oregon, before being sold on in the 1970s to longtime Classic Car Club of America members in Vancouver, Washington who cared for the car for decades. In the late 1990s the car was bought by a collector who reunited it with its original numbers-matching engine and had the Speedster given a sympathetic mechanical restoration.

The car is finished in an eye-catching Nassau Orange, a period-correct Auburn color that makes the Speedster stand out even more than it would do normally. RM Sotheby’s will be offering the car for sale at the Auburn Fall sale in early September, if you’d like to read more about it or register to bid you can click here to visit the listing. 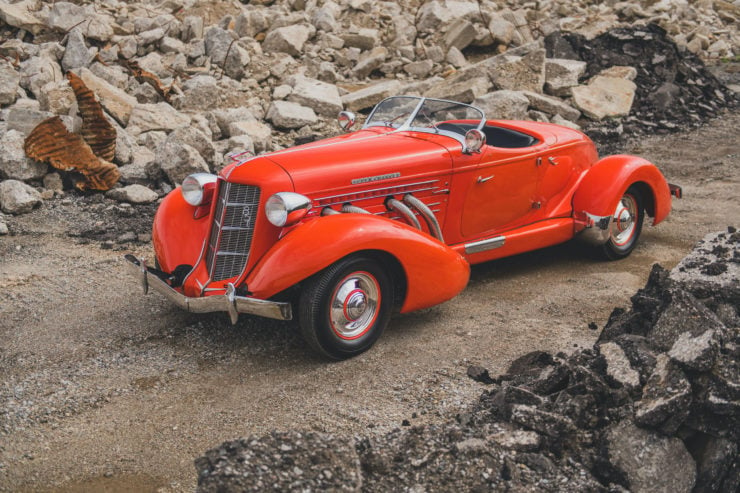 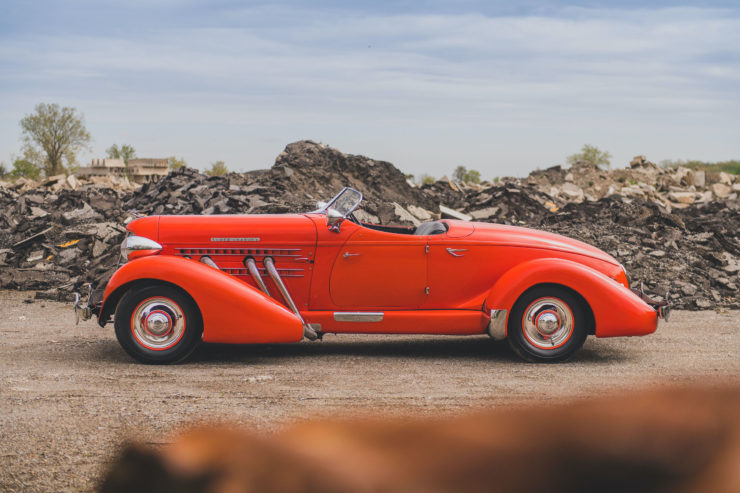 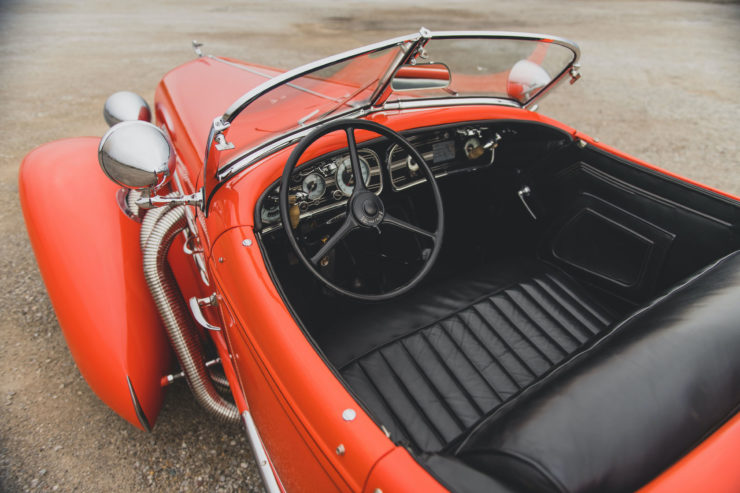 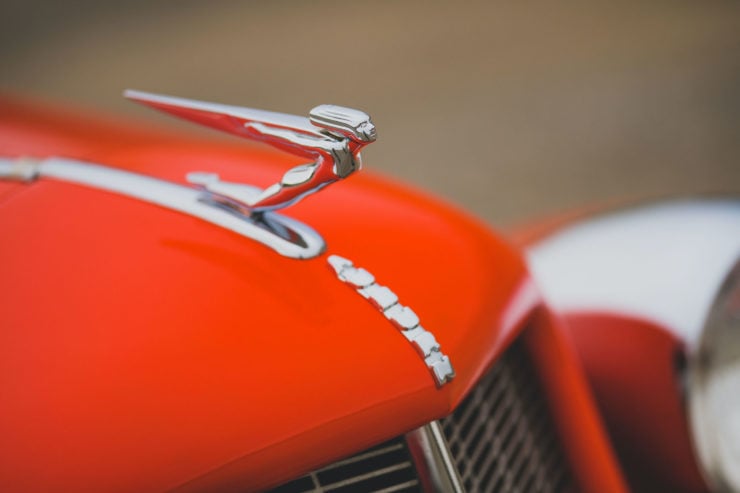 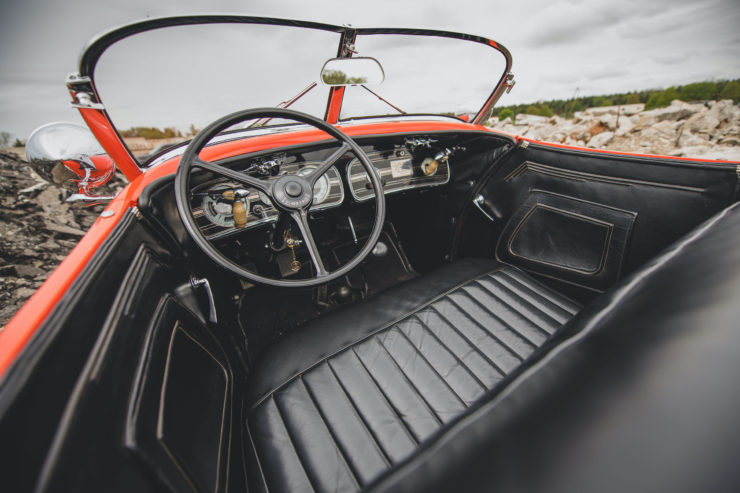 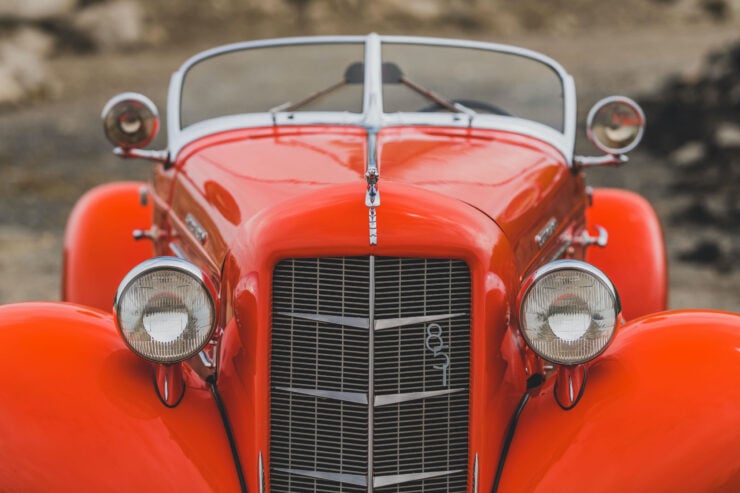 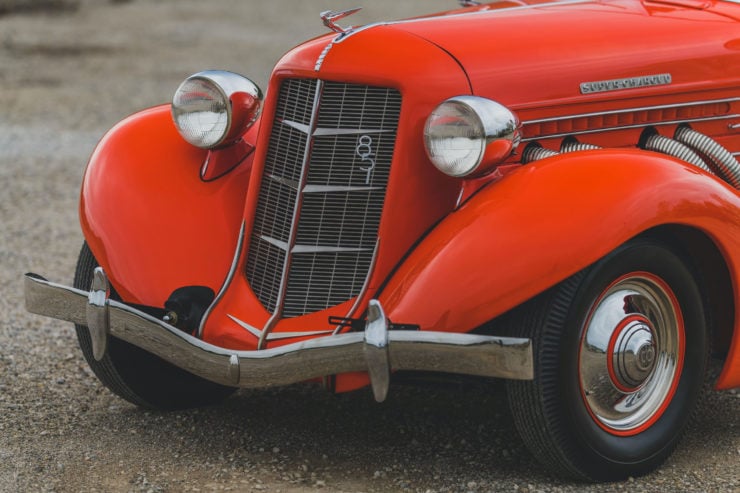 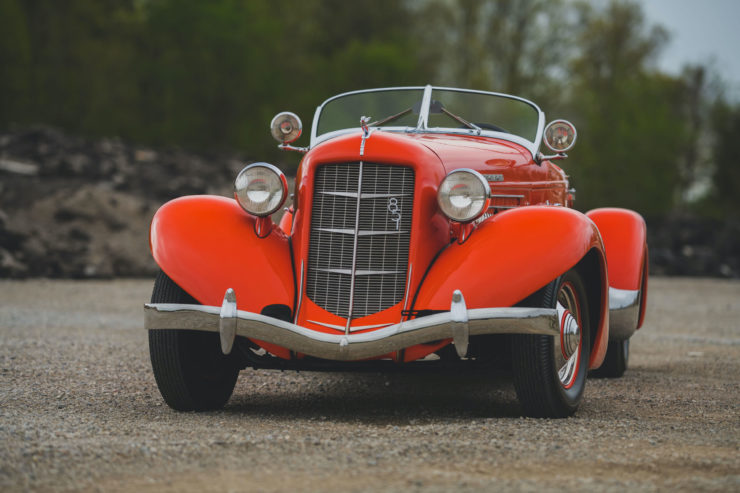 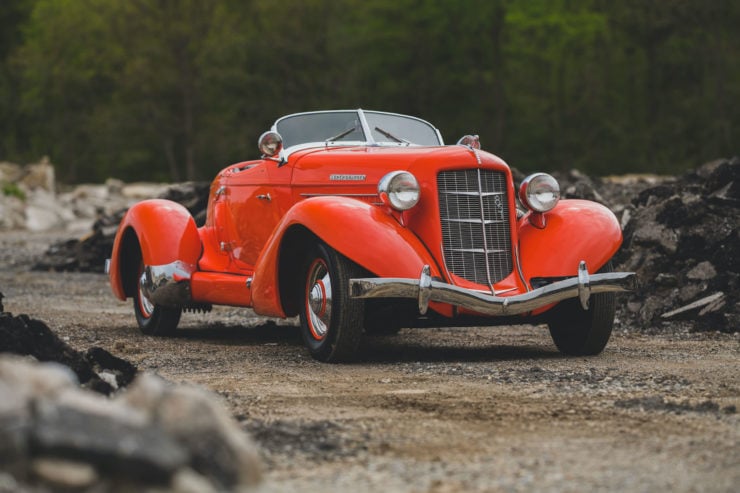 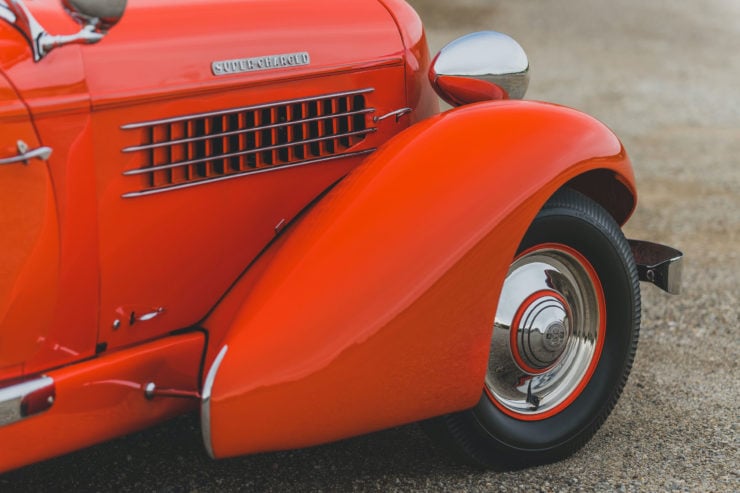 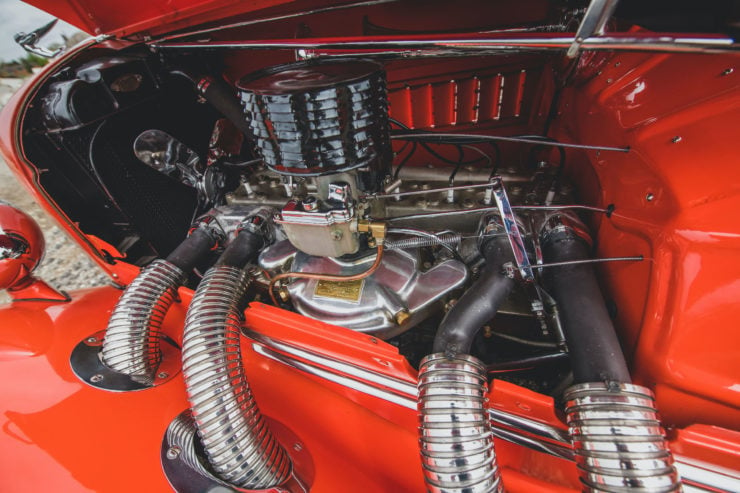 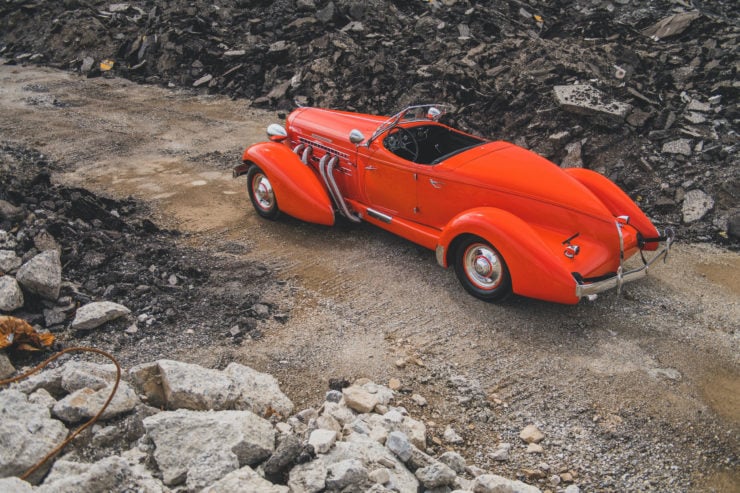 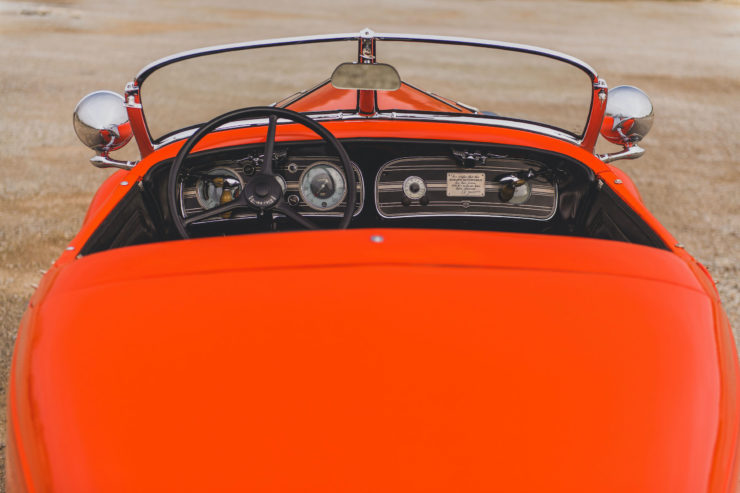 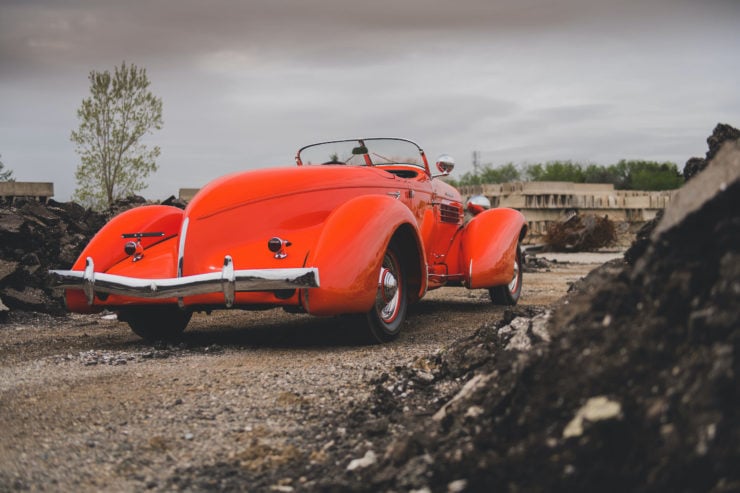