This is an 1970s-era film that covers the entire process of training a young cadet from total novice to certified McDonnell Douglas F-4 Phantom II fighter pilot.

The F-4 Phantom II was one of the pre-eminent fighter jets of its age and it was the aircraft that many (if not most) cadet pilots dreamed of flying. The path to get from a greenhorn cadet to the Phantom pilot seat was a long one however, and most didn’t make the grade, instead being sent off to fly different (perhaps less desirable) aircraft.

This film would have cost a small fortune to make as it includes a signifiant amount of air-to-air footage between various training aircraft on the path from Chipmunk rookie to highly-trained Phantom pilot. 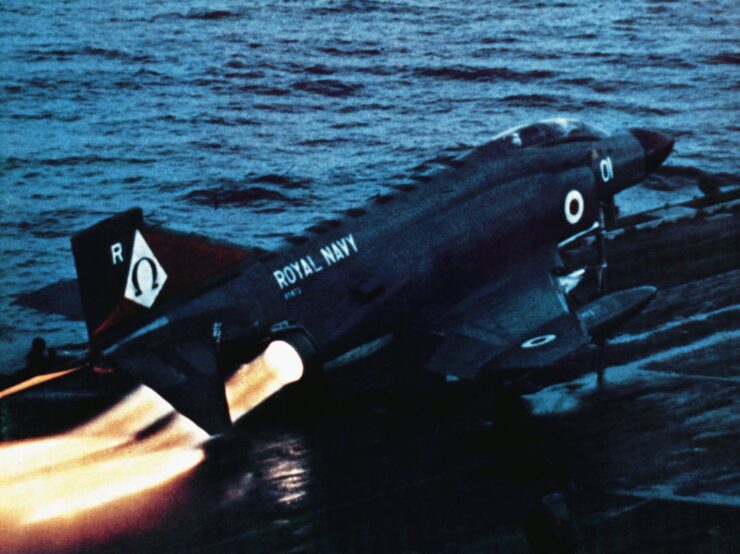 Above Image: A British F-4K Phantom II from the 892 Naval Air Squadron is launched from the US Navy aircraft carrier USS Independence during the NATO exercise “Ocean Safari” in November 1975. Photograph courtesy of the US Department of Defence.

One of the most fascinating parts of the training process is a look at the simulator they used in 1973. Without modern computers they had to do flight simulation using only analogue technology, so a 3D map of the airfield and its surrounds was painstakingly built, a camera would then be moved across this map to provide the simulated footage to a monitor placed in front of the pilot.

The story behind the McDonnell Douglas Phantoms used in the United Kingdom is worth a read, these aircraft were quite different to the models used by the USA and others, incorporating British engines, avionics, and many other parts. There’s a well-written Wikipedia page on the subject here. 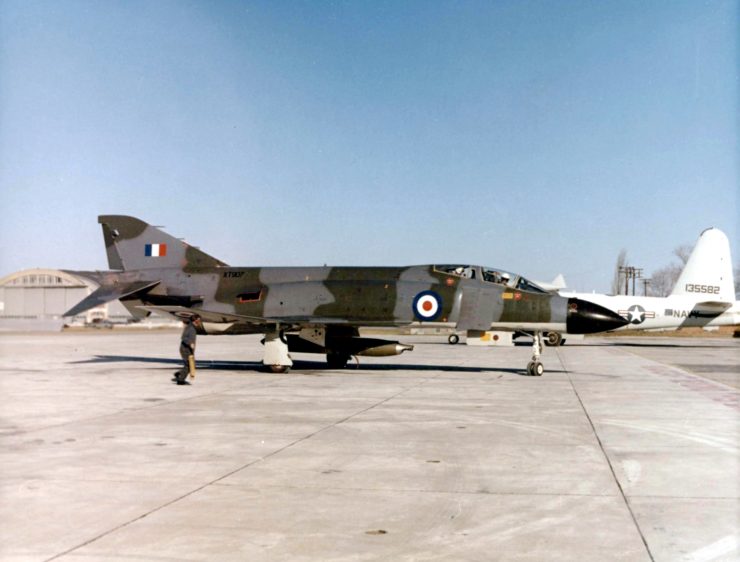 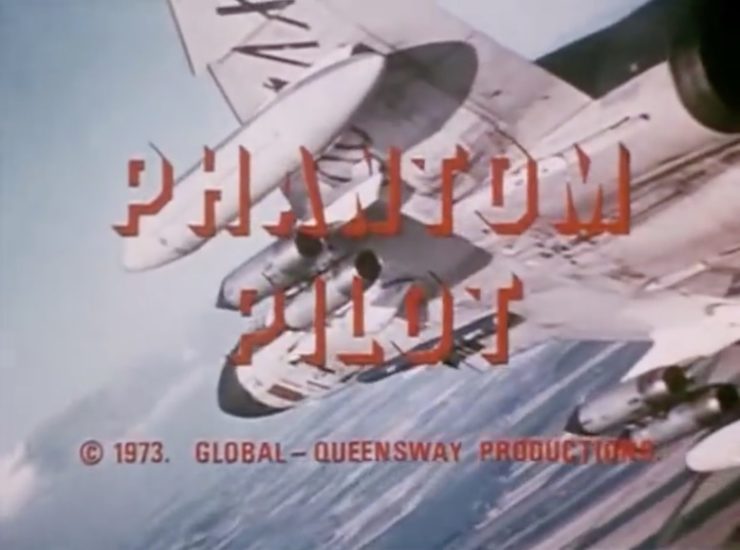 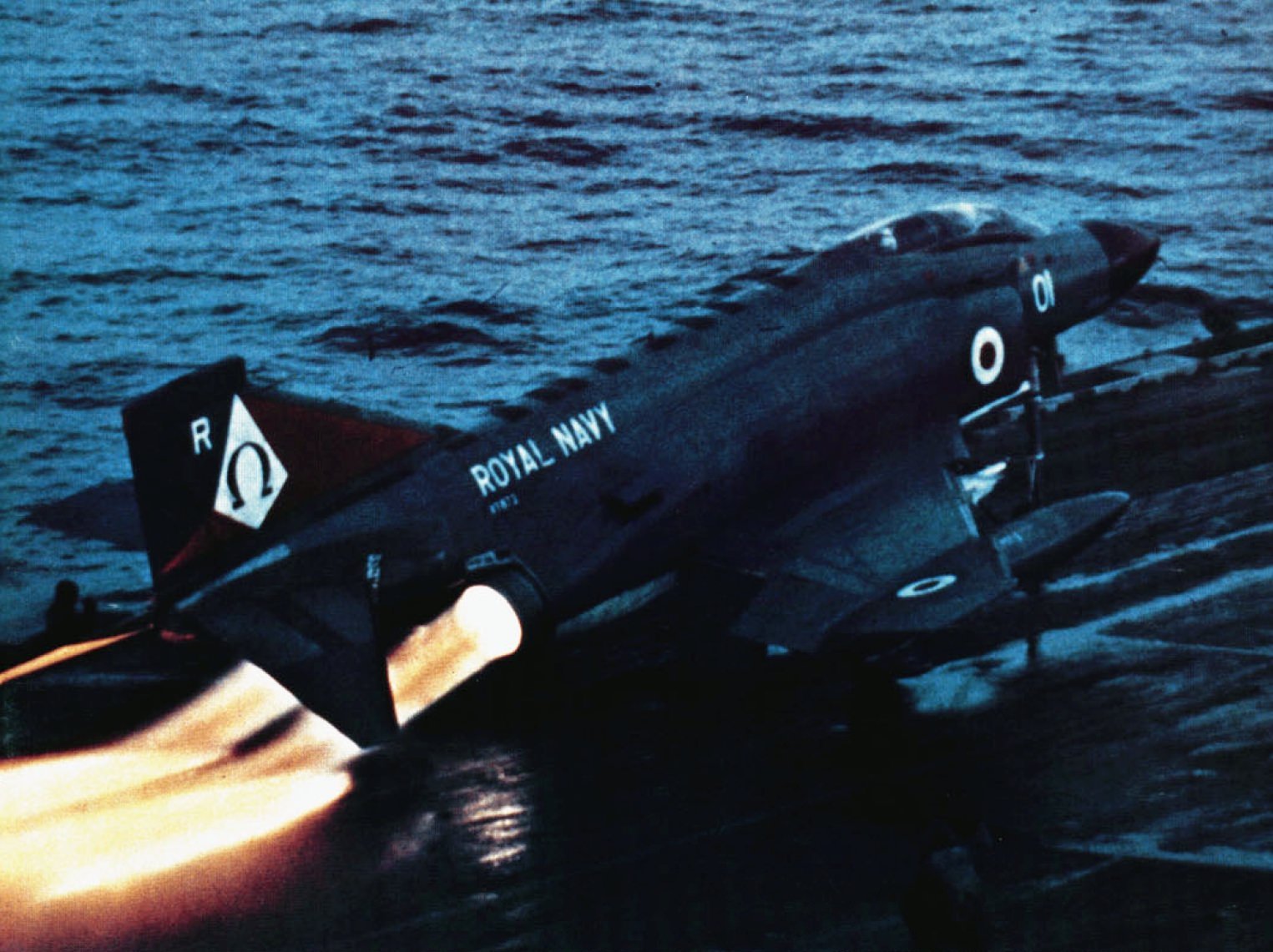