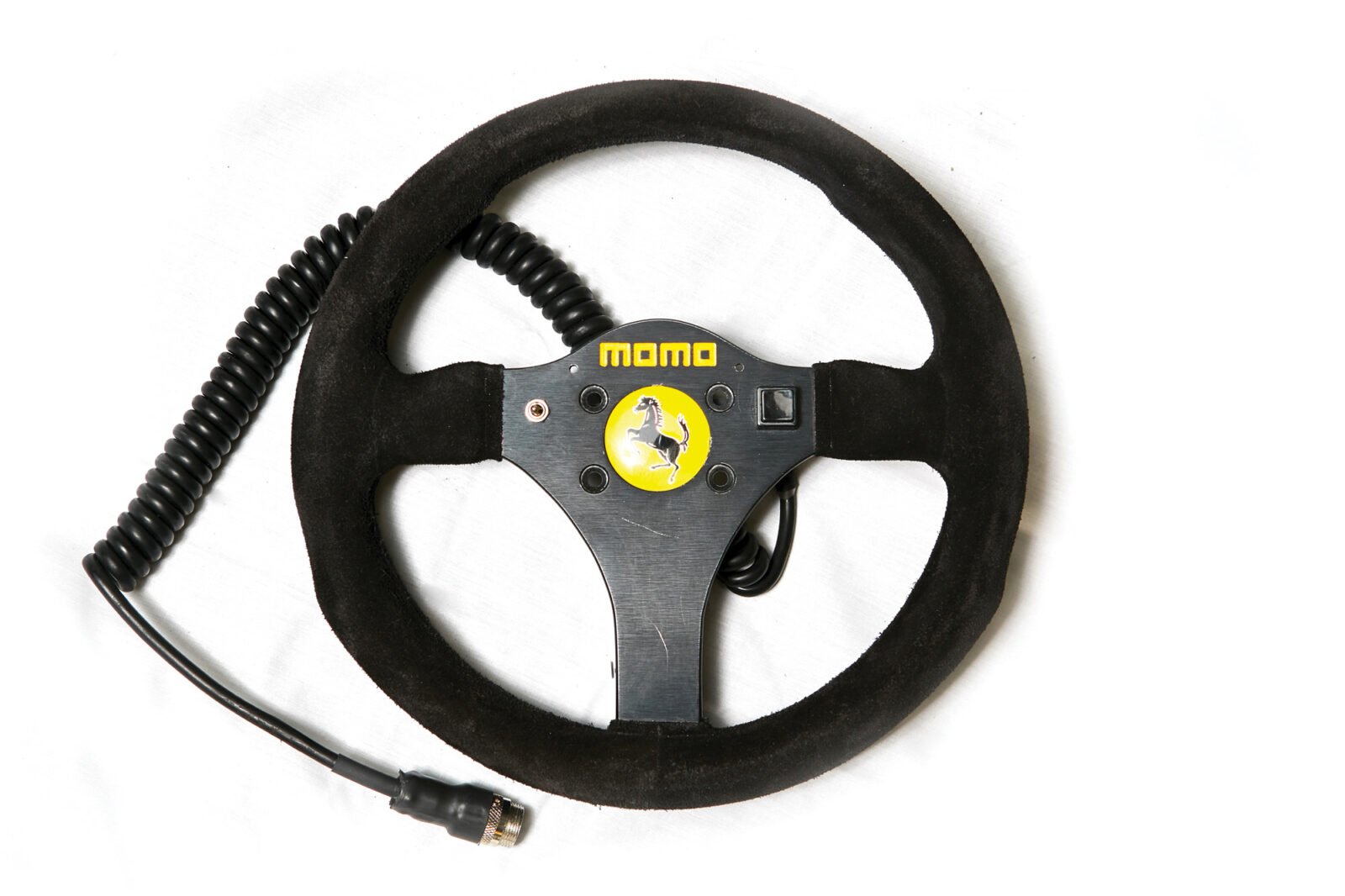 This is Alain Prost’s Ferrari 641 Formula 1 steering wheel from 1990, it was his first season at Ferrari after the reigning World Champion was lured away from McLaren to partner Nigel Mansell – creating one of the greatest driver line-ups of the period.

Prost would take 5 victories during the 1990 season with Mansell taking an additional win, the drivers would pilot the car to 14 podium positions in total, with 3 pole positions, and 5 fastest laps.

The relative lack of buttons, switches, and screens is a stark contrast to modern Formula 1 steering wheels. This wheel has just one button and one stitch, with a single cable to plug it in.

The steering wheel was kept as a memento by Ferrari F1 engineer Nigel Stepney after his exit from the Ferrari team, and it comes with a certificate explaining its history and provenance.

RM Sotheby’s are estimating that it’ll sell for between $2,600 and $3,900 USD, though obviously not cheap it’s pretty reasonable for a piece of Formula 1 history this significant. Sadly there’s currently no word on where you’ll be able to source a boss kit from to fit it to your 1998 Honda Civic. 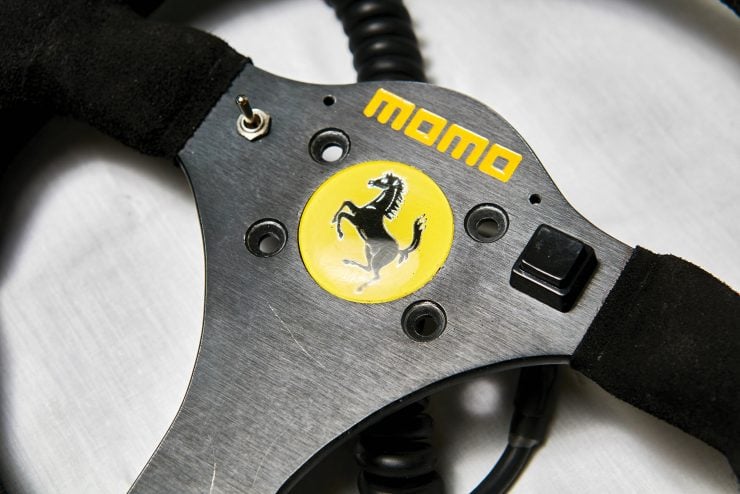 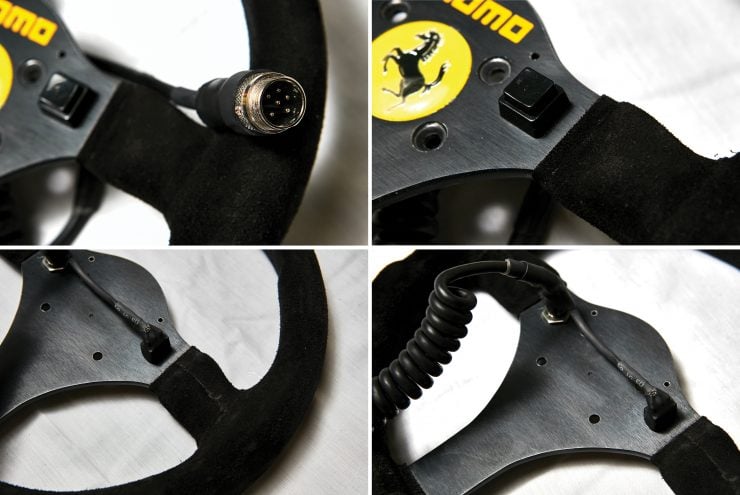 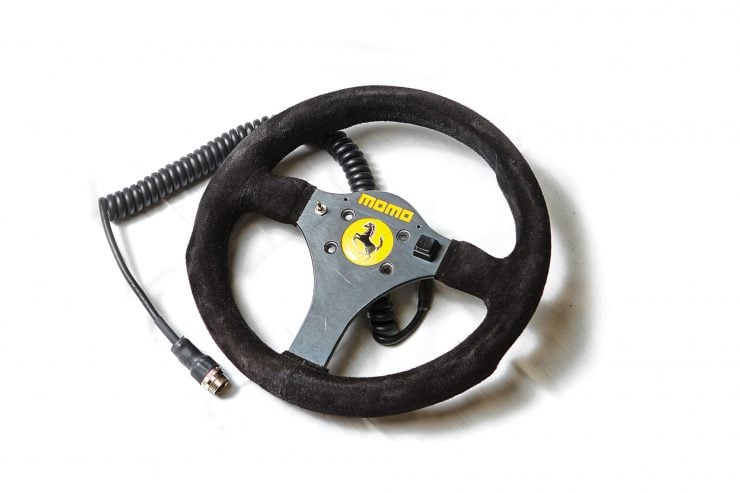 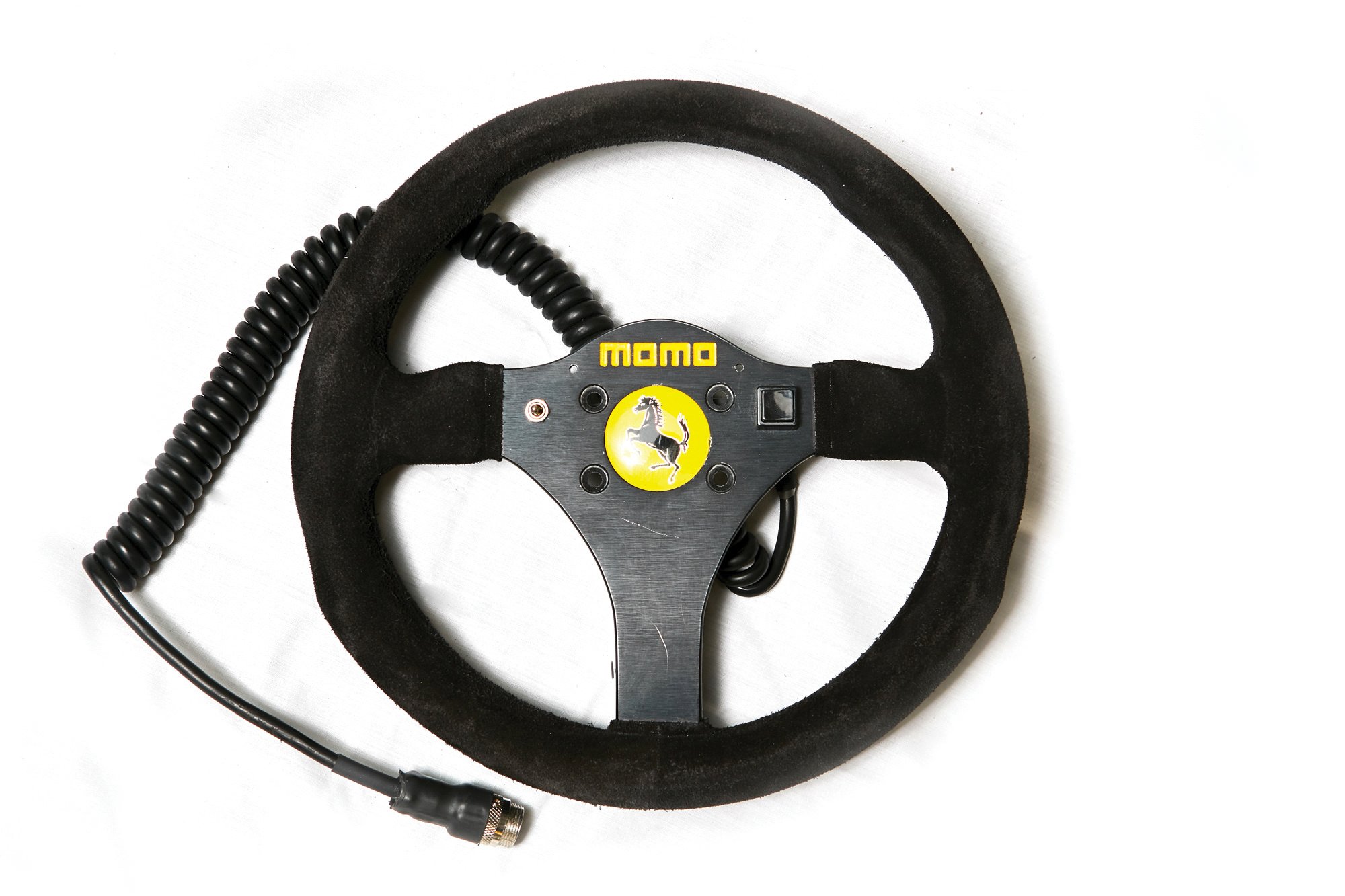