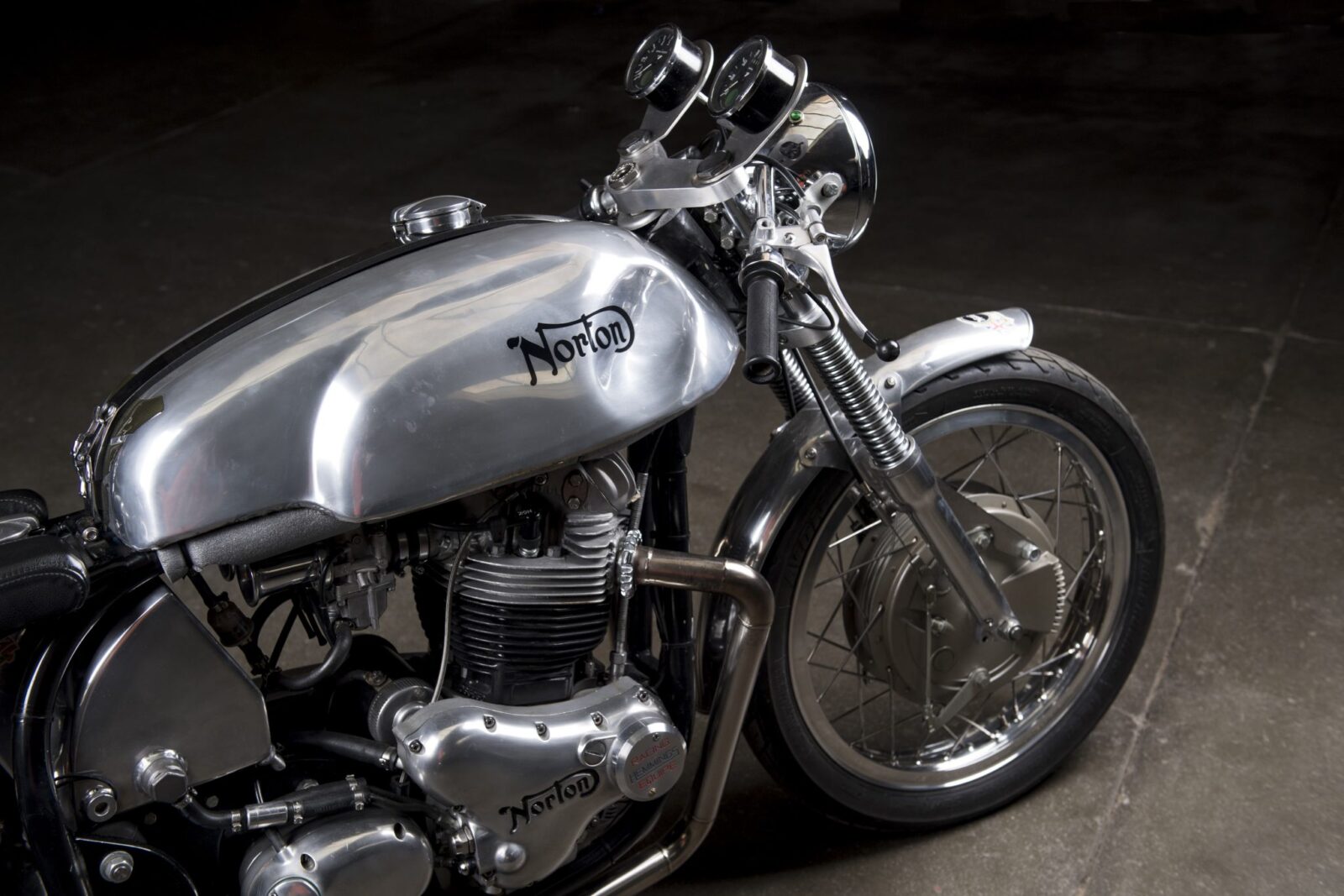 The Norton Atlas was introduced in 1962 as an upgraded version of the Dominator, primarily focussed on the American market. The Atlas brought together two iconic Norton elements to create a motorcycle that’s now much sought after by enthusiasts – a Featherbed frame and the parallel twin first used in 1949.

The Featherbed frame is a motorcycle chassis so influential that a number of companies exist to this day to reproduce it (and close approximations of it).

It was developed by Rex McCandless, he wasn’t an engineer but he had raced motorcycles with some success in the 1930s and worked in the aviation industry during WWII. The lessons he learned were applied to his designs and by 1949 he’d designed the Featherbed and sold it to Norton, Norton then went on to take multiple wins at the Isle of Man TT with it – not to mention a number of world speed records.

The Featherbed was unique in that it was made from two lengths of Reynolds steel tubing that had been bent into curved-edge rectangles before being welded together at the head stock. Although many engineers disagreed with its layout, it’s hard to deny that it was exceedingly effective, and to this day it remains the only motorcycle frame that most motorcyclists can recall by name. 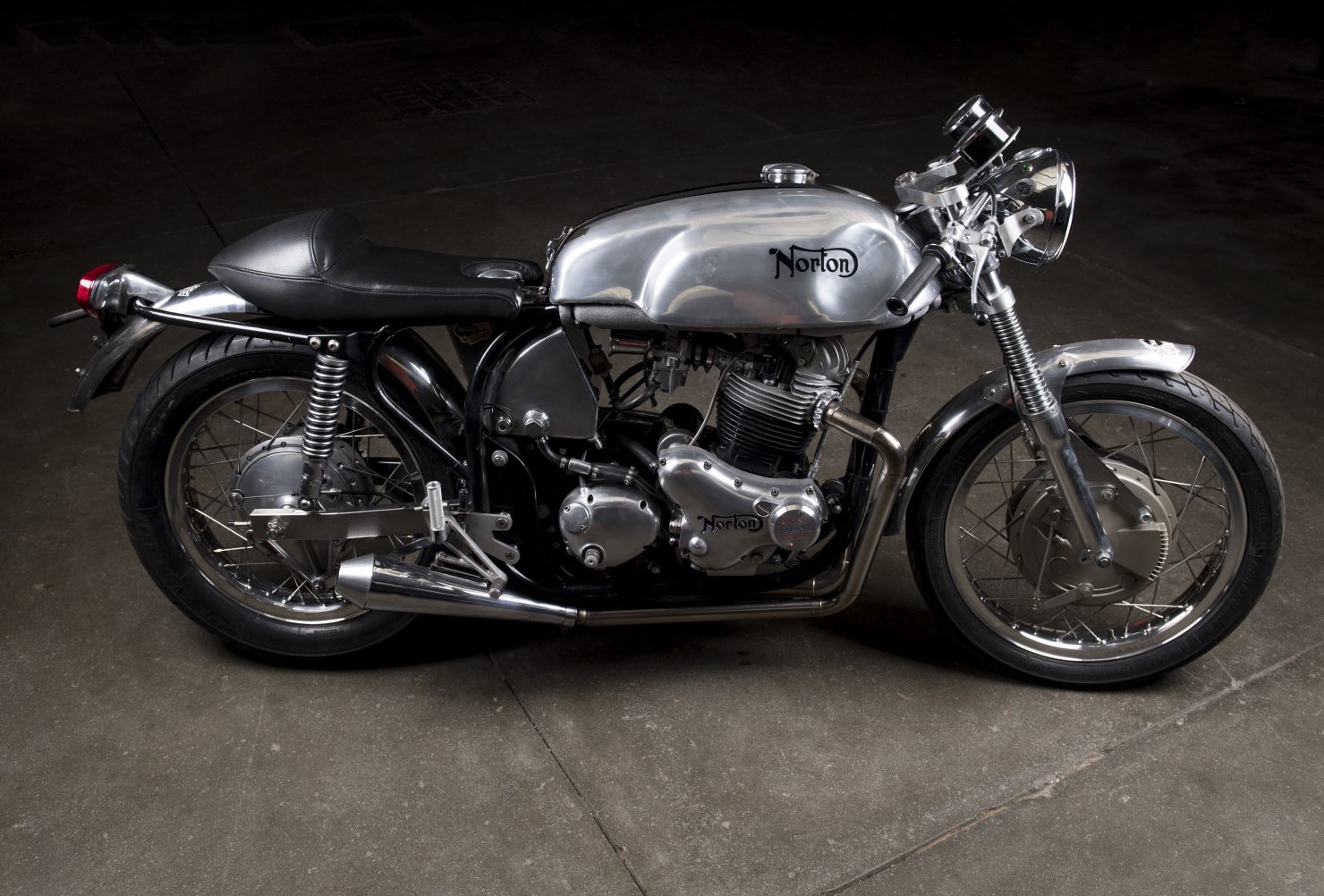 The Norton parallel twin that first appeared in 1949 proved to be remarkably extensible, increasing in size from 497cc initially to 828cc in the latter Commando models. In later years the same engine would be pushed up to 920cc and beyond by aftermarket engineering firms and racing teams, some engines surpassing double the original swept volume of the 500.

Norton sold the Atlas from 1962 till 1968, by which time the Norton Commando had assumed the mantle as the British company’s leading model. The Atlas shared the same pre-unit 4-speed gearbox as the Dominator, with the same heavy duty clutch, Roadholder forks, Girling rear shock absorbers, and of course, the Featherbed frame. 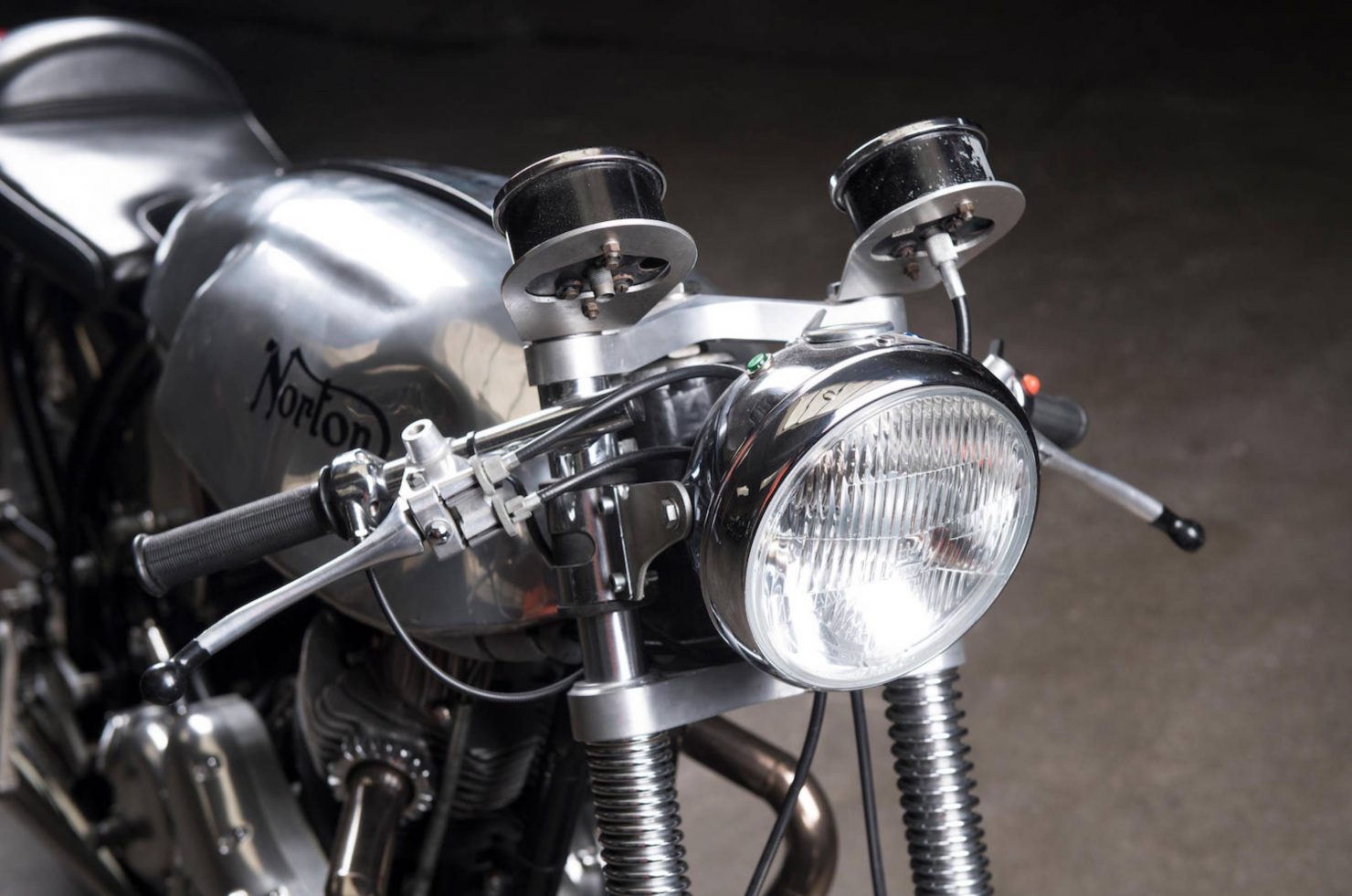 The 1950s and ’60s were one of the most important times in the development of various custom motorcycles. In Britain the cafe racer was being born as across the Atlantic in the USA a post-war culture was developing around bobbers.

Many of the quickest cafe racers utilized the Featherbed frame, some kept the original Norton engine and some substituted a Triumph engine – these latter bikes were nicknamed “Tritons”.

The custom Norton Atlas you see here was built by one of Denmark’s foremost Norton specialists, it’s based on a 1967 Atlas but utilizes a Norton Commando 850 engine which has been increased in size to 920cc. In order to correctly recreate the look, feel, and performance of the original cafe racers the bike has also been fitted with an alloy Manx-style fuel tank, a Grimeca double-sided 4LS front drum brake, twin Amal Concentric Mk2 carburetors, alloy fork yokes, clip-on handlebars, rear-set footrests, central alloy oil tank, matching Smiths instruments, alloy wheel rims, alloy swinging arm, and a special exhaust system.

The undying popularity of cafe racers is showing no signs of abating, so this Norton will likely attract plenty of attention when it’s auctioned by Bonhams on the 10th of September. It’s estimated to be worth between €20,000 and €25,000, and you can click here to visit the listing. 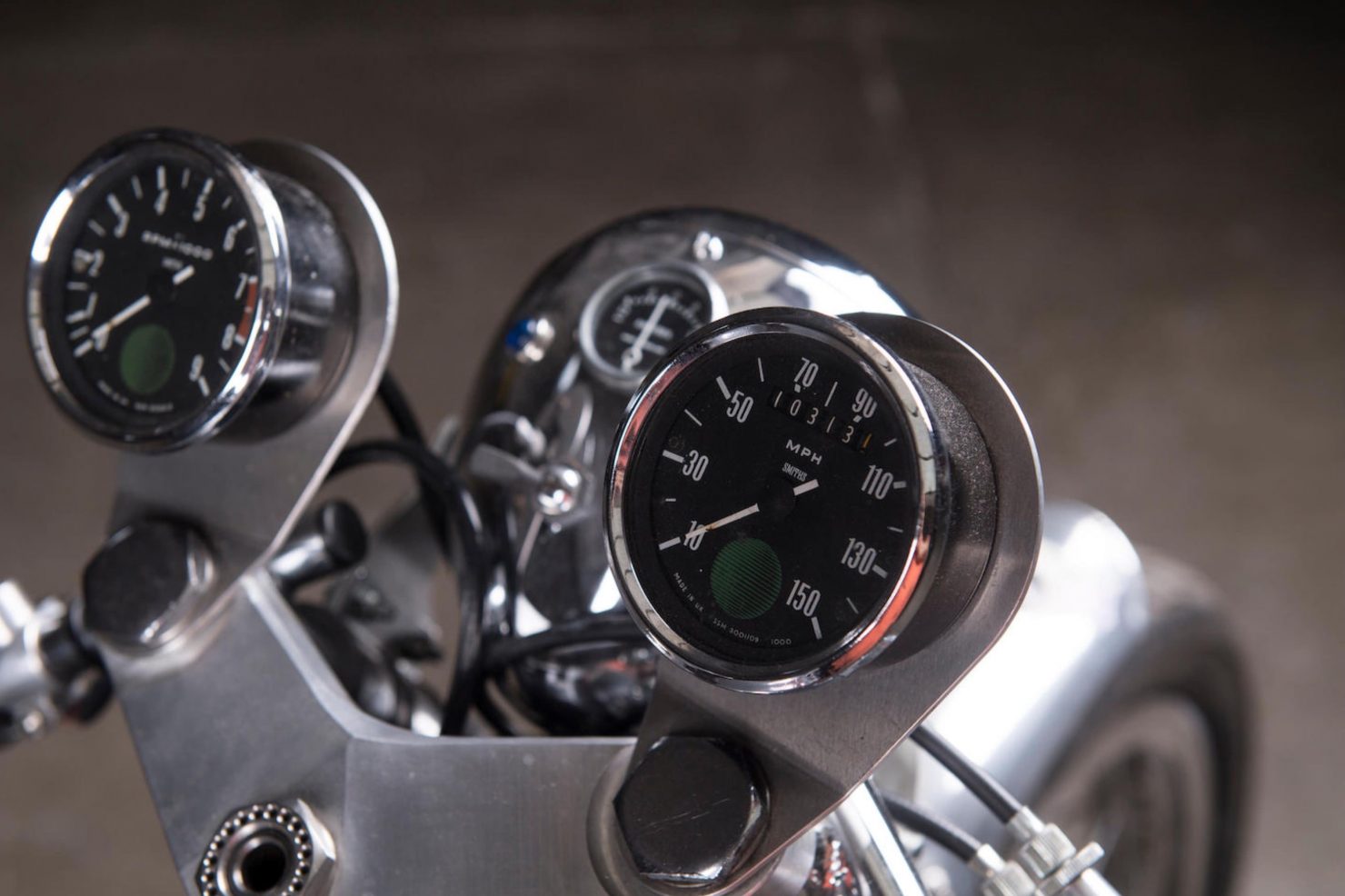 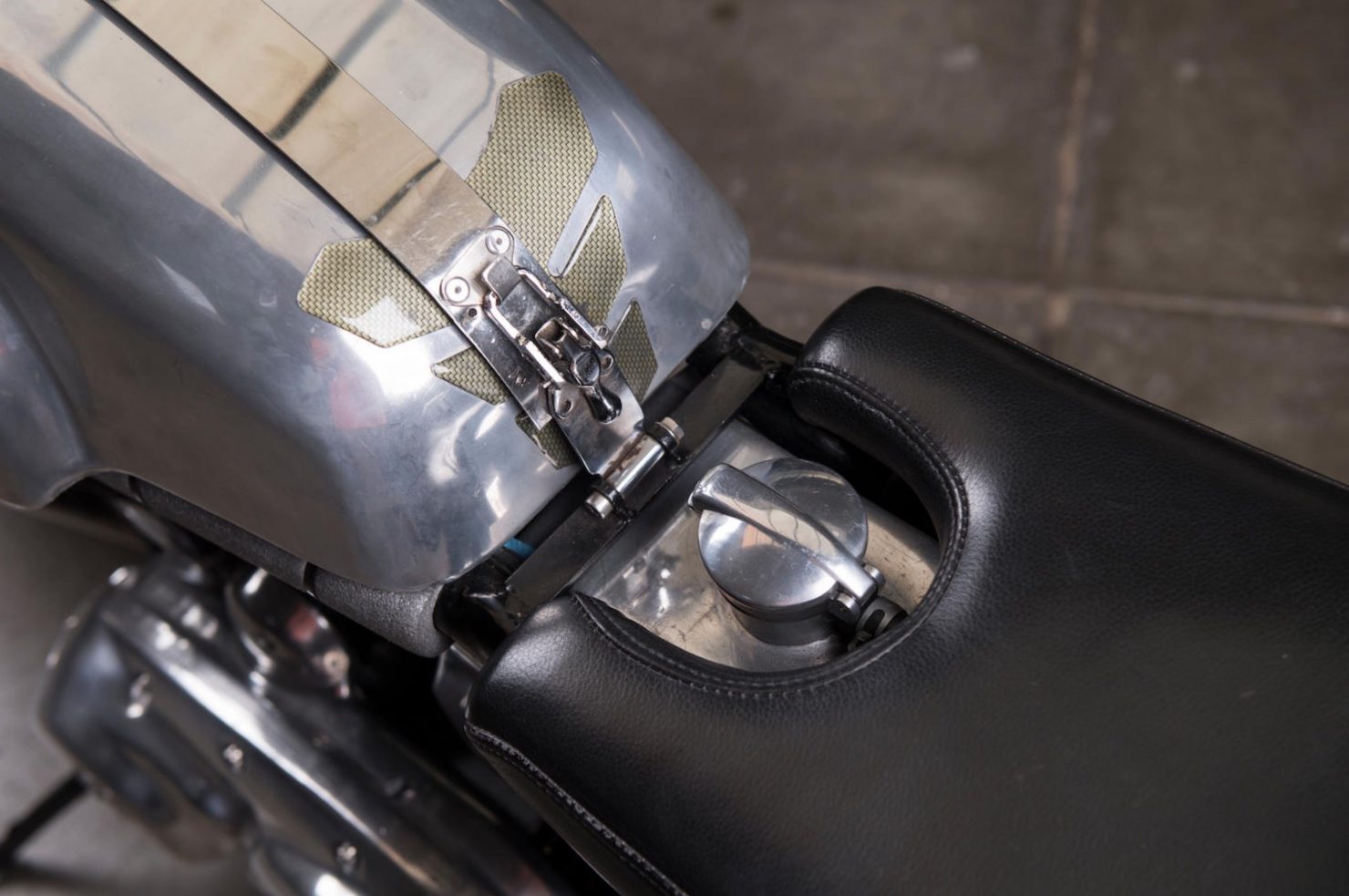 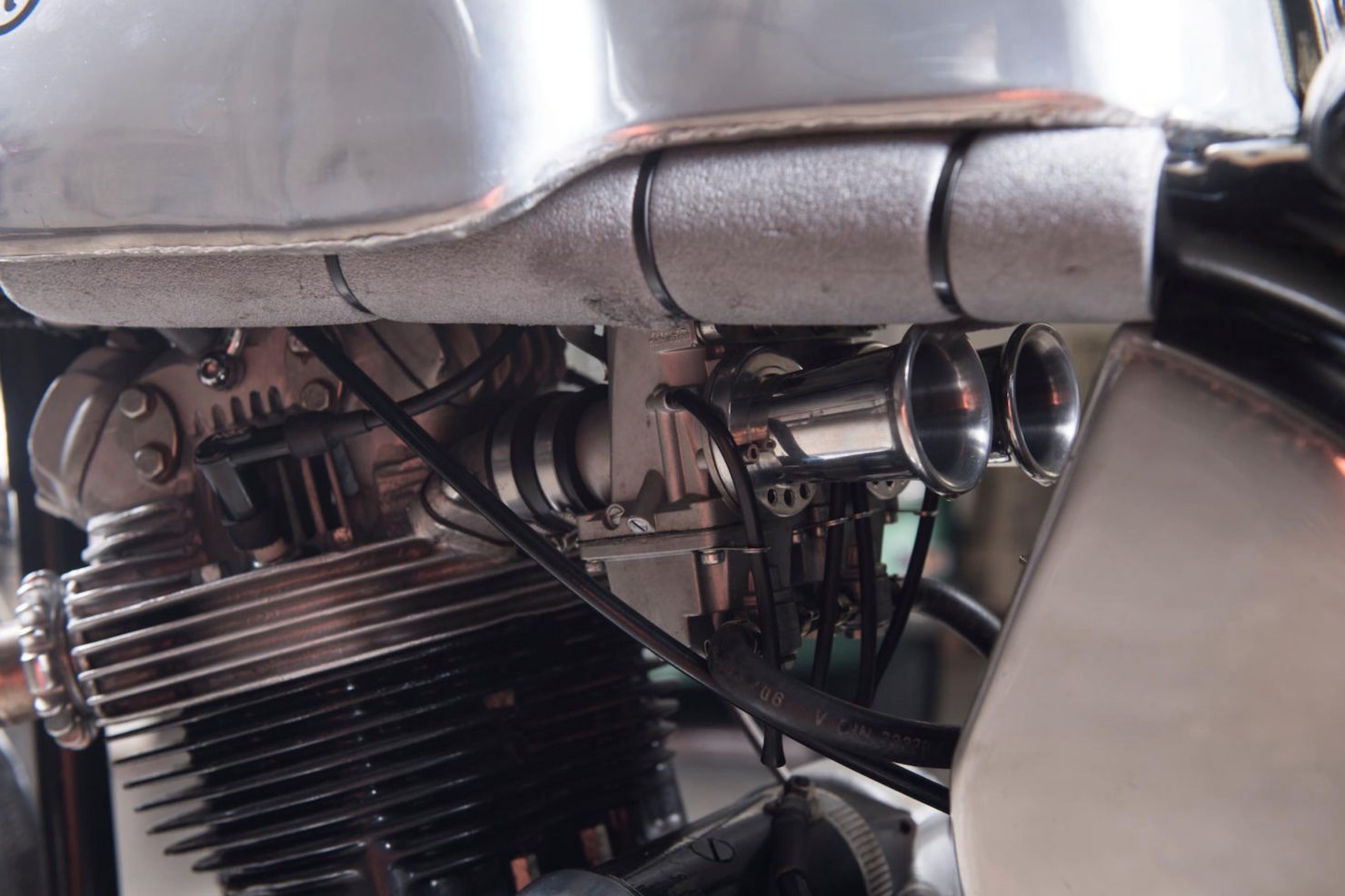 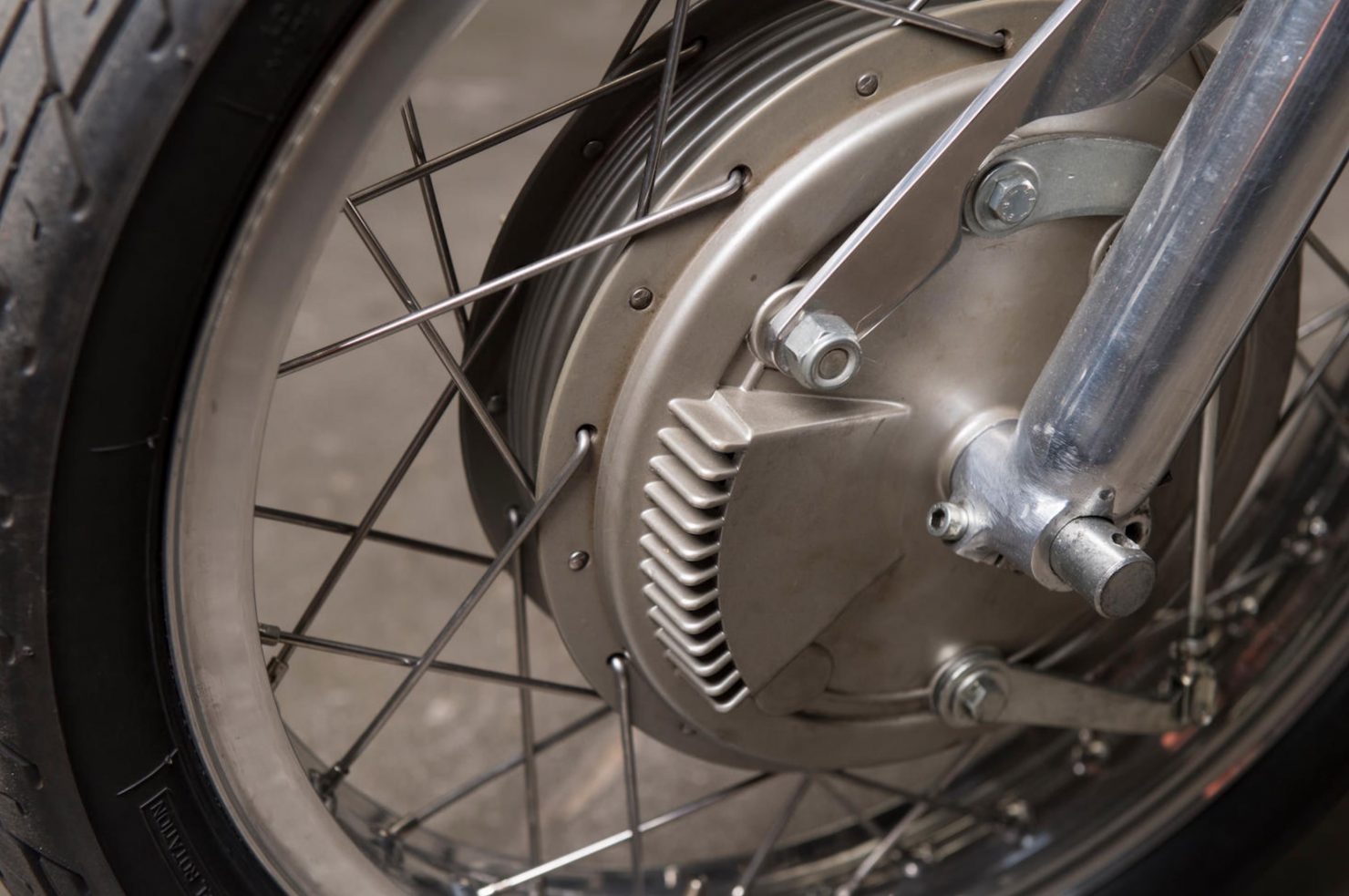 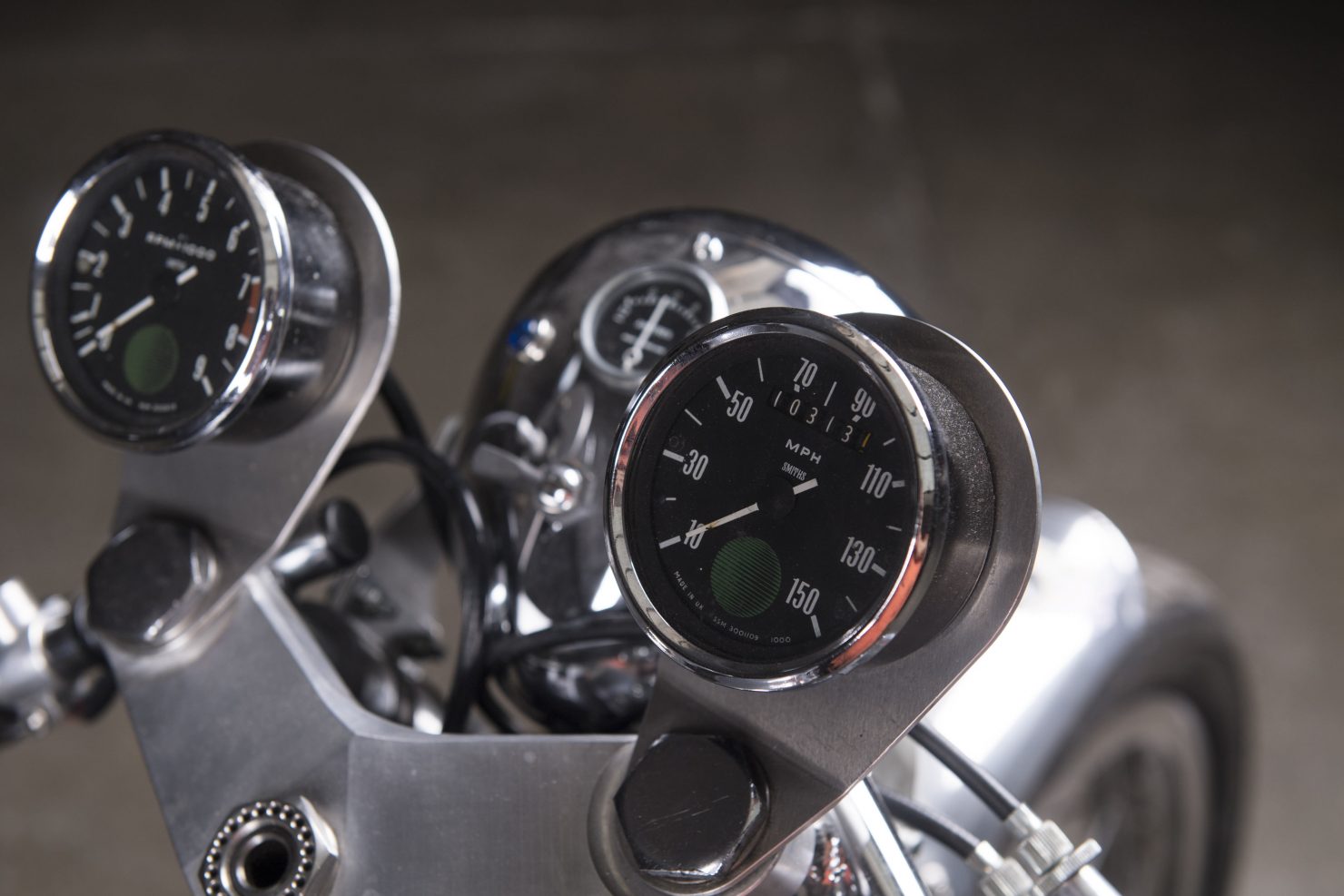 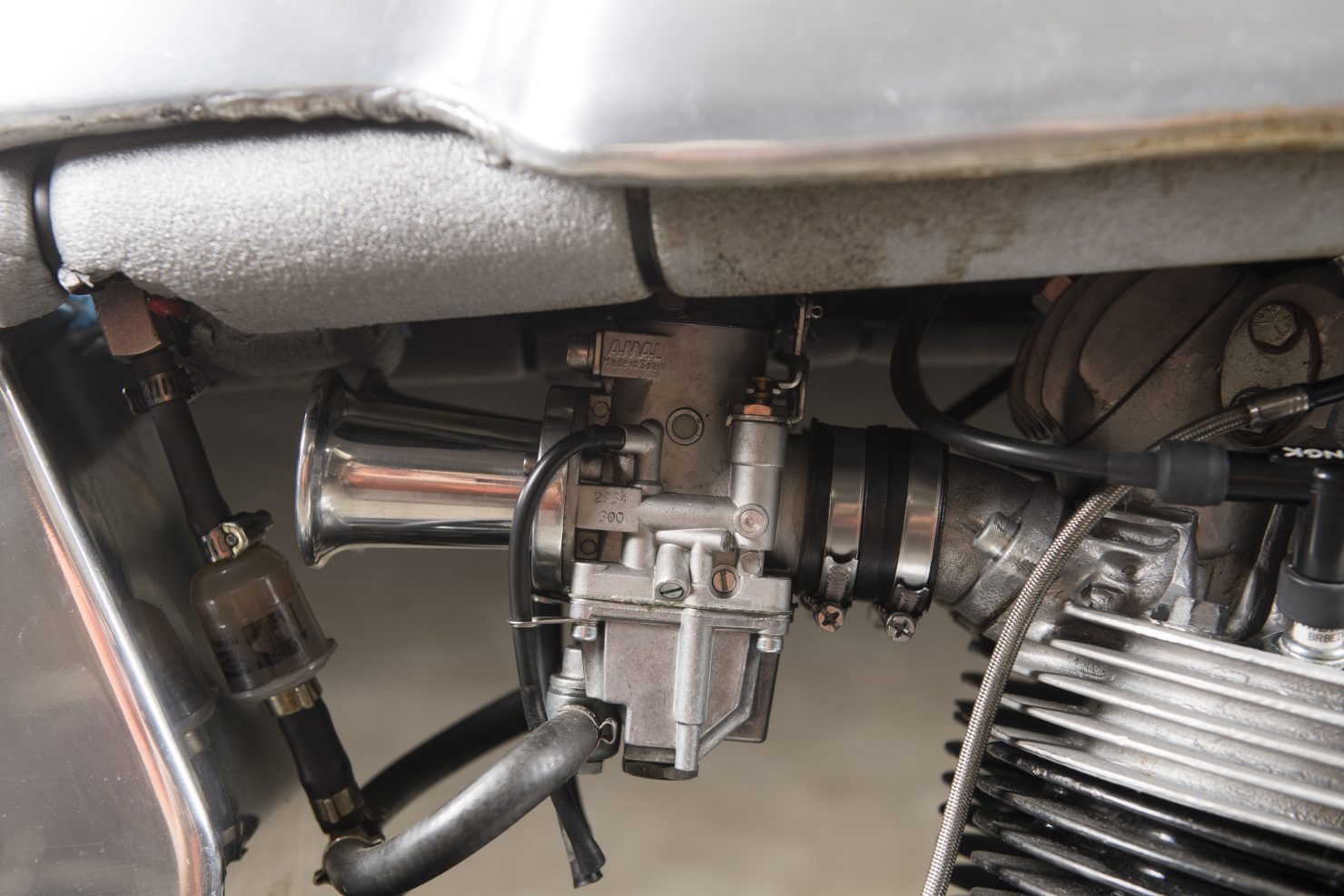 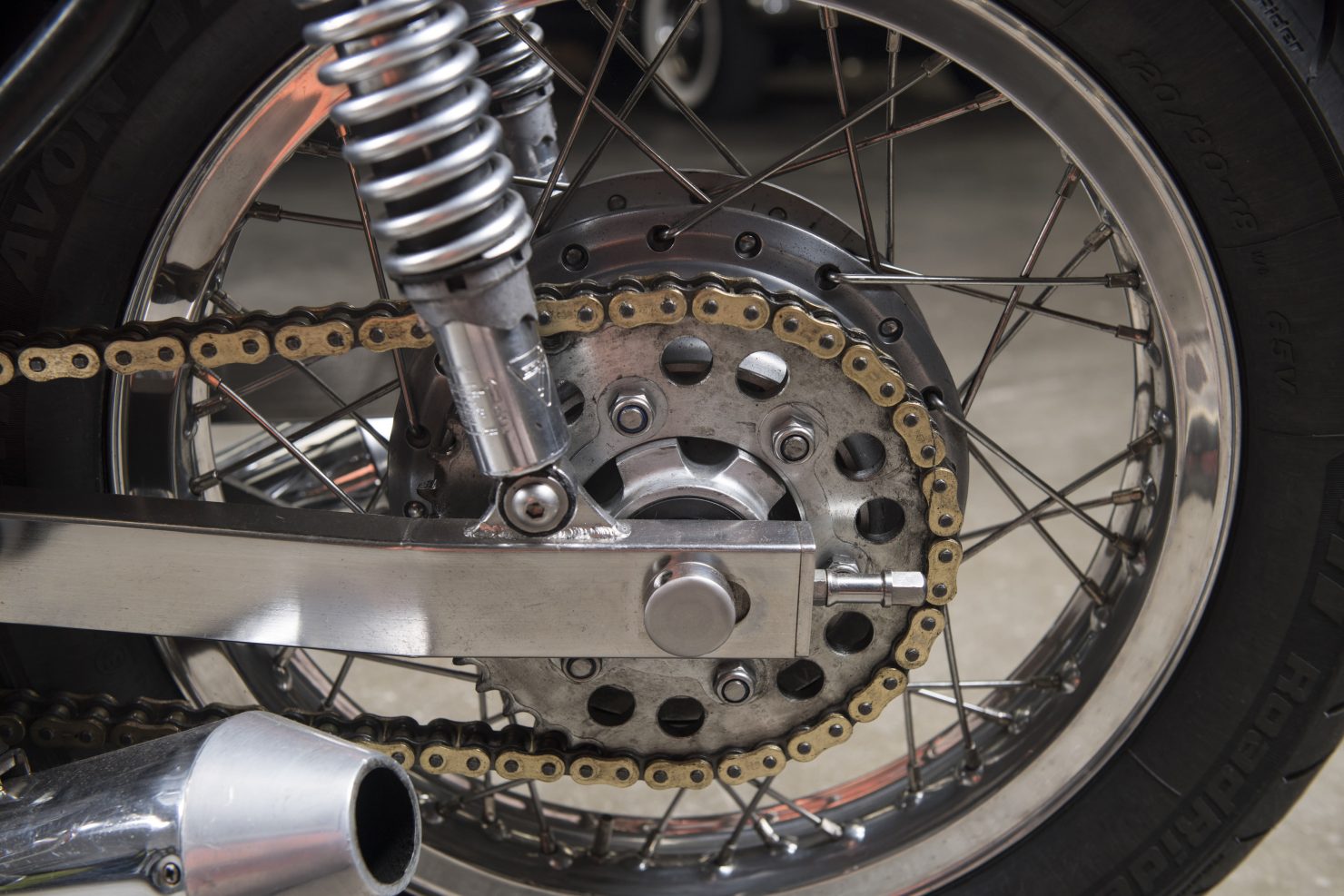 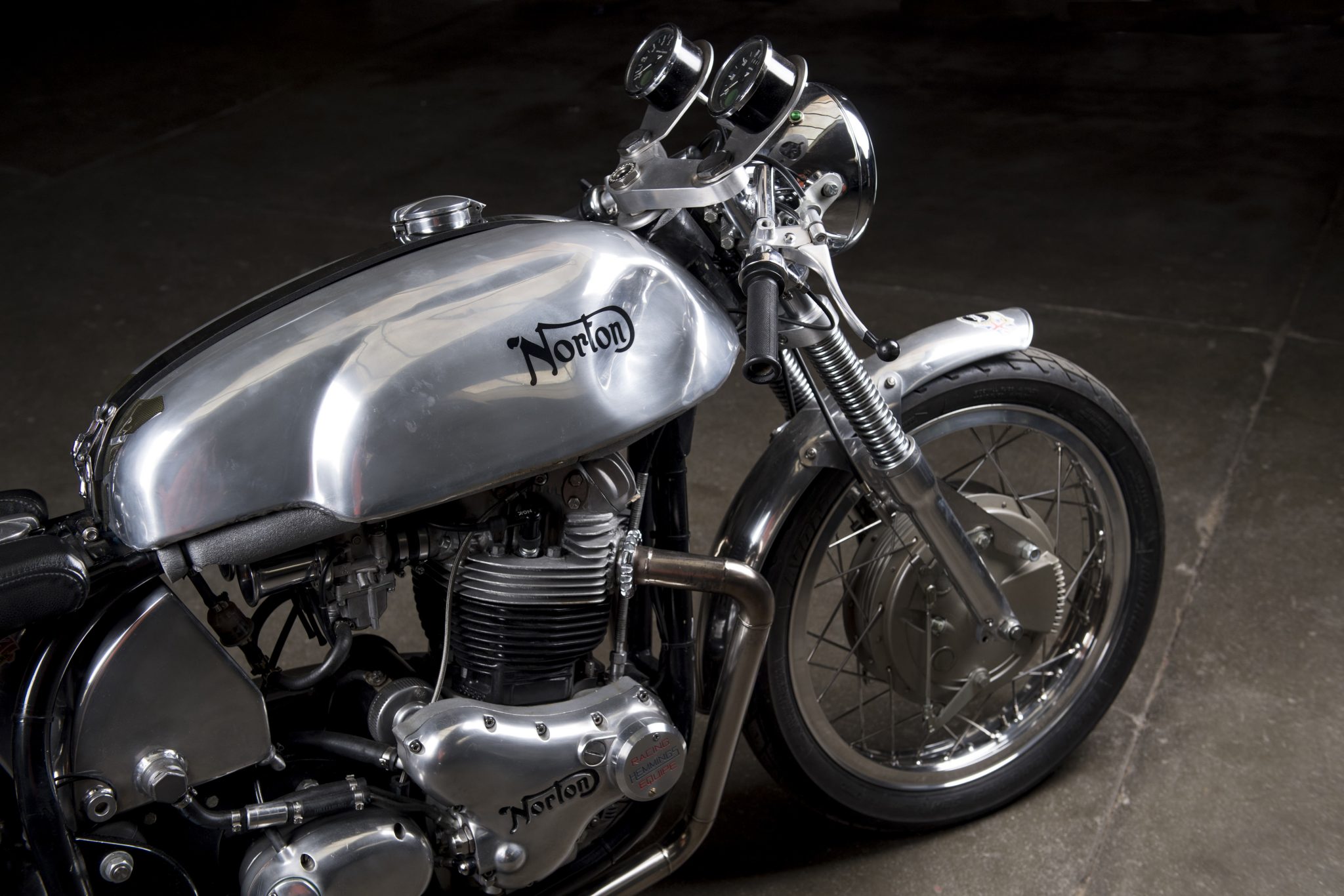