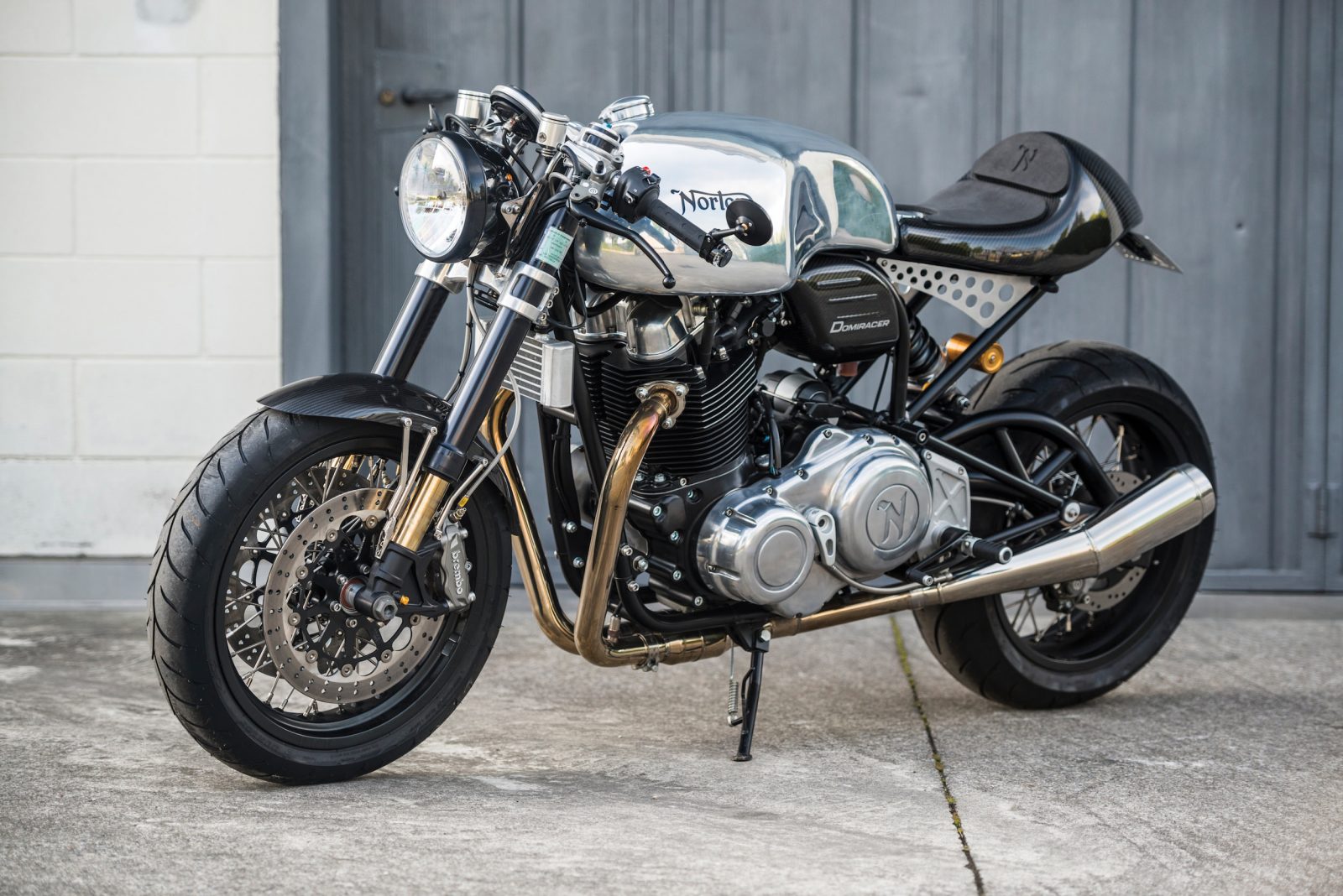 A Short History of the Norton Domiracer

Norton Motorcycles was returned to England in 2008, after having spent 15 years in American hands. Norton is one of the most iconic of all the British motorcycle marques, so its return to British hands was warmly welcomed, even though the timing coincided with the Great Recession – leaving many wondering if the newly revived marque could survive.

The naysayers needn’t have worried. The new Nortons are selling faster than the company can make them, and they often sell on the secondhand market well above the original MSRP.

The first model introduced was the Norton Commando 961 – a modern take on what is arguably the marque’s most famous model. The design is 100% new and at its heart sits the 961cc air and oil-cooled parallel twin with 80 hp at 6500 rpm and 66 lbf.ft at 5200 rpm. Although it’s a pushrod engine it has modern internals, including hydraulic roller lifters, electronic fuel injection, a digital ignition, and a 10.1:1 compression ratio. 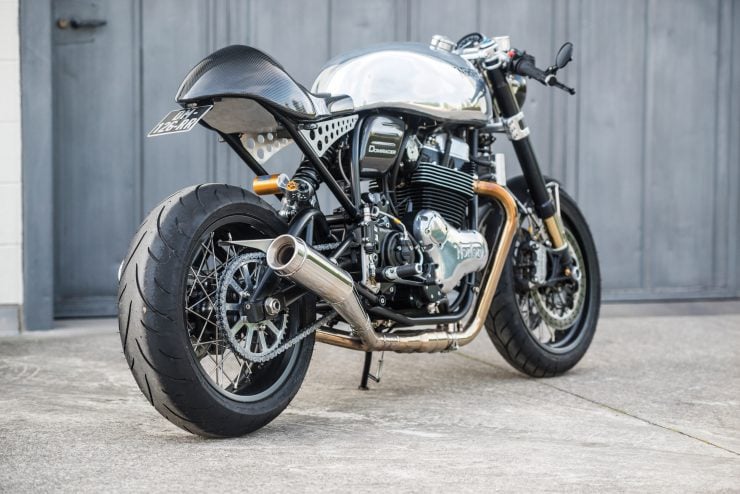 In 2014 Norton decided to let its workforce have a hand in the design of a special low volume bike that would be named the Domiracer, as a hat tip to the racing Norton Dominators (also called Domiracers) that had won the 500cc class at the Thruxton 500 9-hour endurance race in 1960.

Ideas were taken by the staff at Norton, then head designer Simon Skinner and his team created a concept bike that was placed in a prominent position on the factory floor. The plan was possibly the most British thing ever conceived – staff were encouraged to critique the concept bike on their tea breaks. This additional input was then rolled into a new bike with an classic name – the Domiracer.

A tweaked version of the 961cc parallel twin was used, now with 3 extra horsepower thanks to a freer-flowing exhaust, and it uses the same modern 5-speed gearbox. Perhaps the most notable differences are the monoshock rear, the staggeringly curvaceous aluminium fuel tank, and the new Featherbed sports chassis. The bike has a wet weight of just 381 lbs, or about 172 kilograms, a seat height of 32 inches, and a rake/trail of 24.5º/3.9 inches. 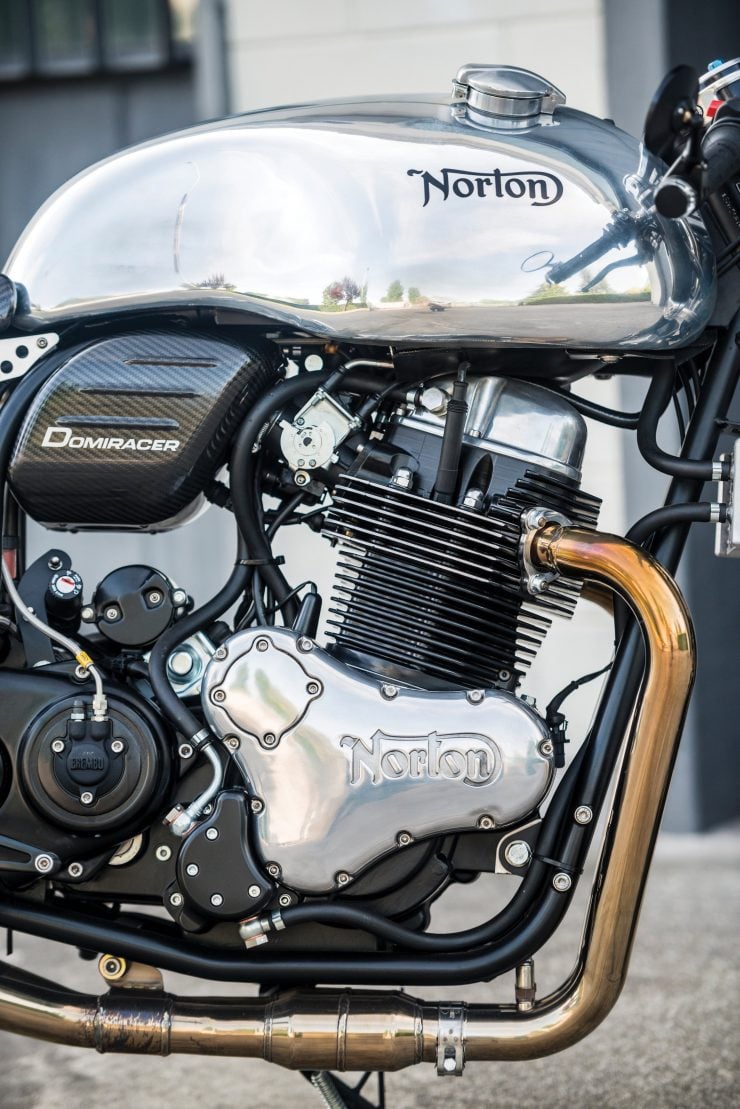 Norton built just 50 examples of the Domiracer – many of which were ordered specifically for track use only and will never be road registered. Those that have been road registered tend to fetch considerably more than their original $36,500 asking price when they (infrequently) come up for sale.

The Domiracer you see here its a beautifully preserved example that will doubtless draw a huge amount of interest from collectors, after all they come up for sale relatively rarely.

It’s due to be offered for sale for the first time by RM Sotheby’s on the 27th of May at the Villa Erba auction with an estimated hammer price of between €45,000 and €55,000.

If you’d like to read more about it or register to bid you can click here to visit the official listing. 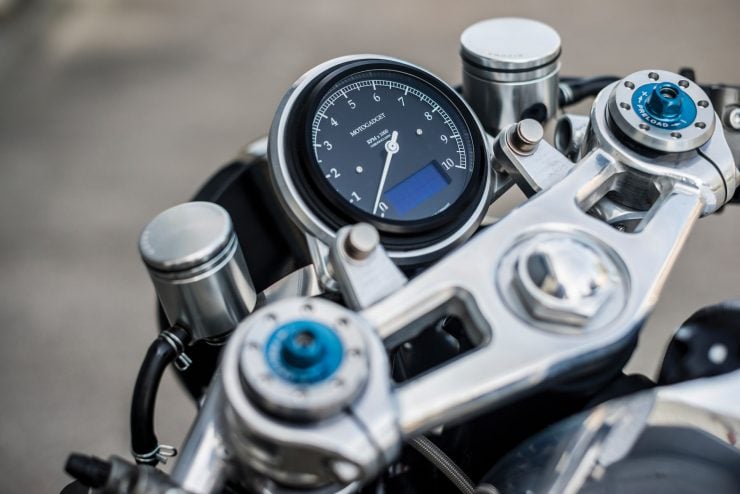 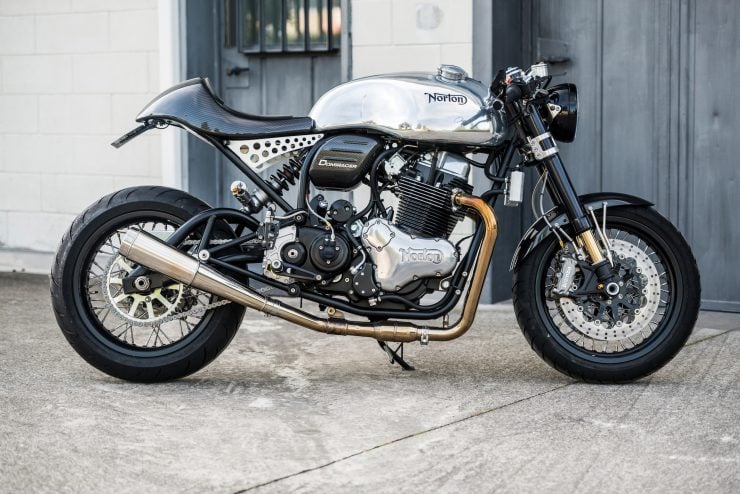 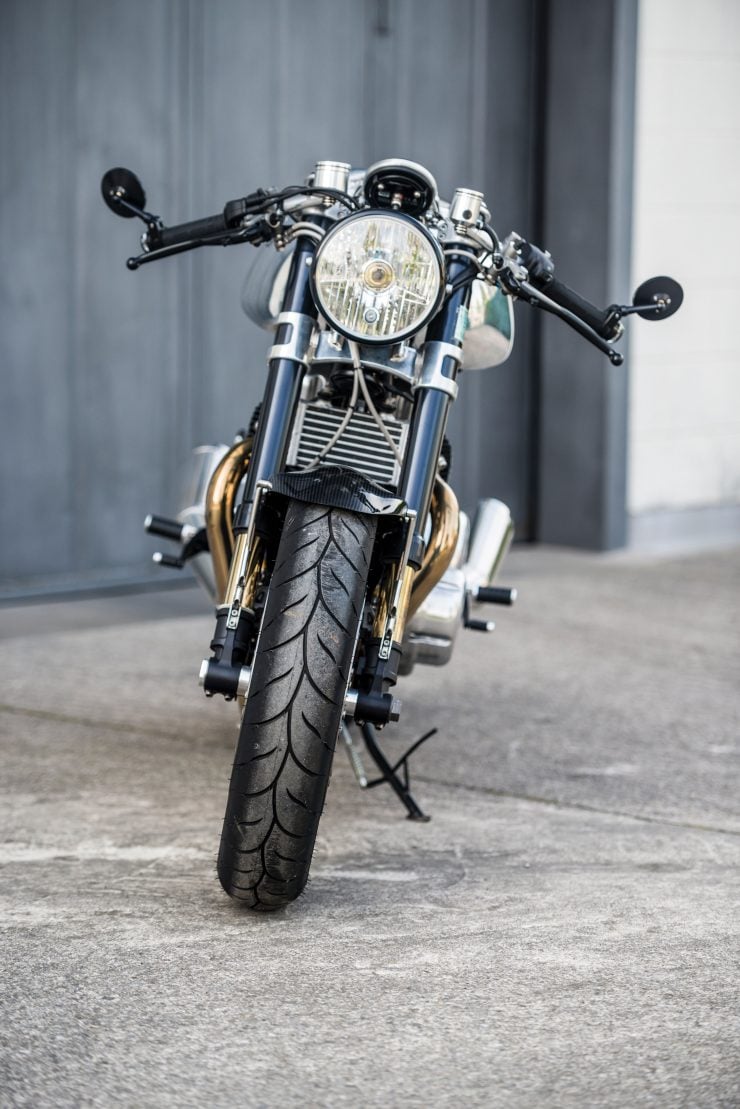 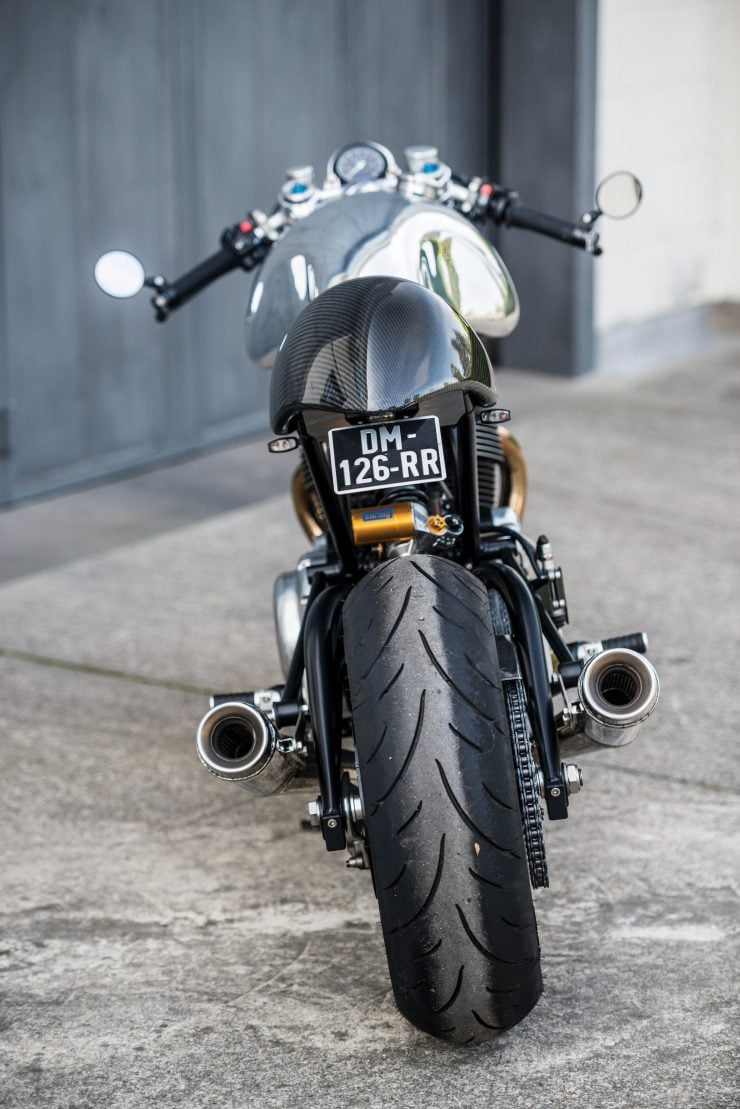 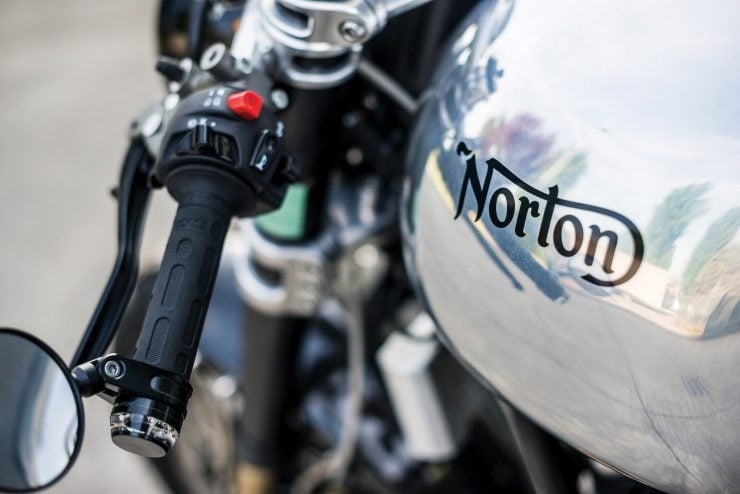 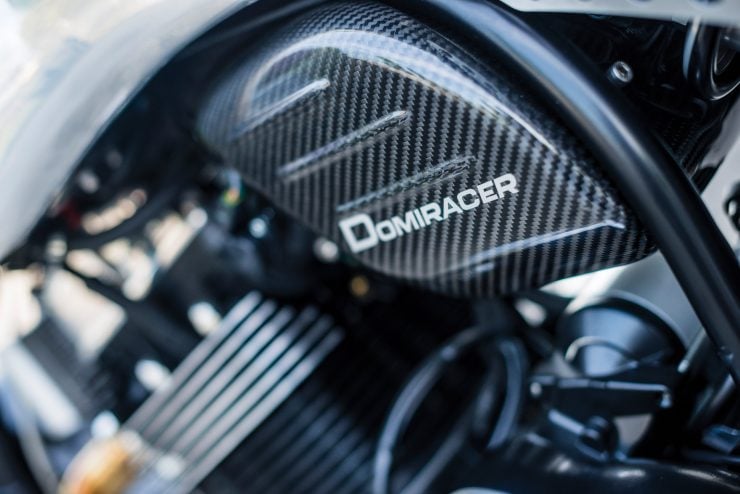 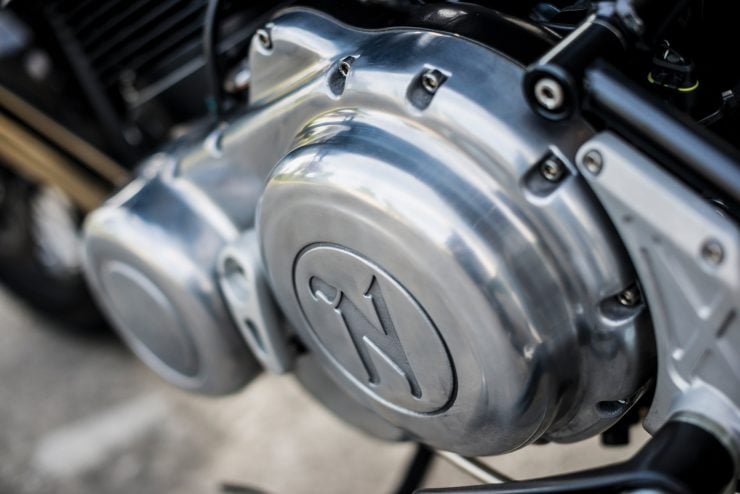 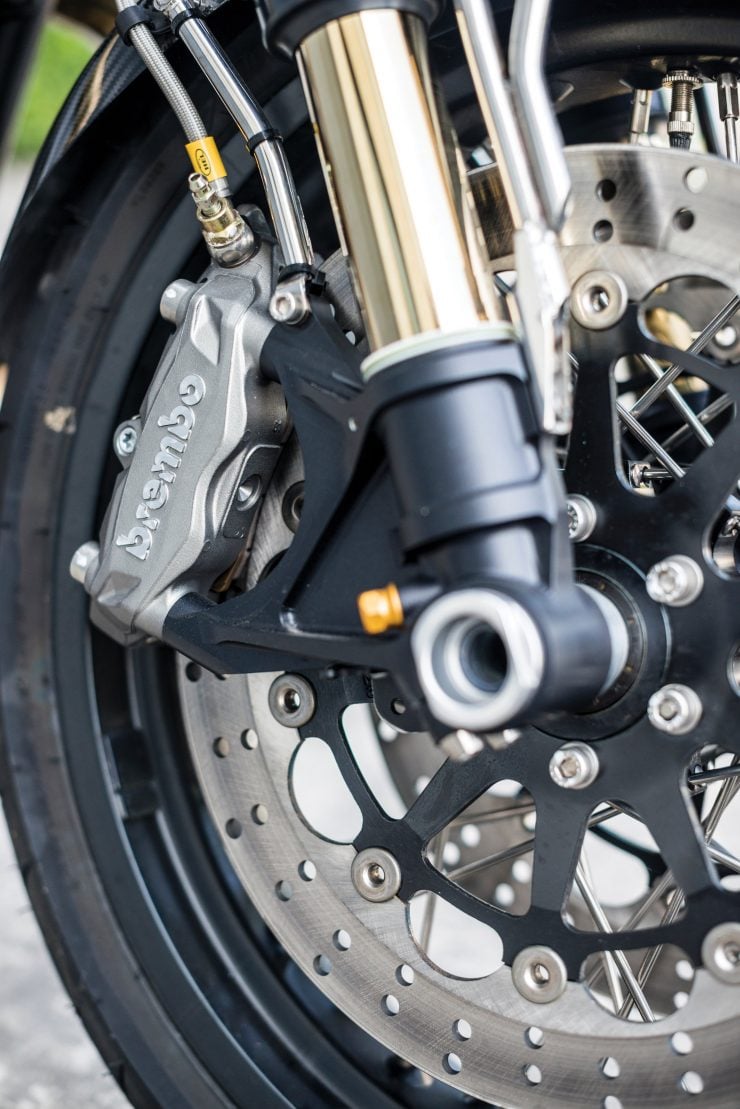 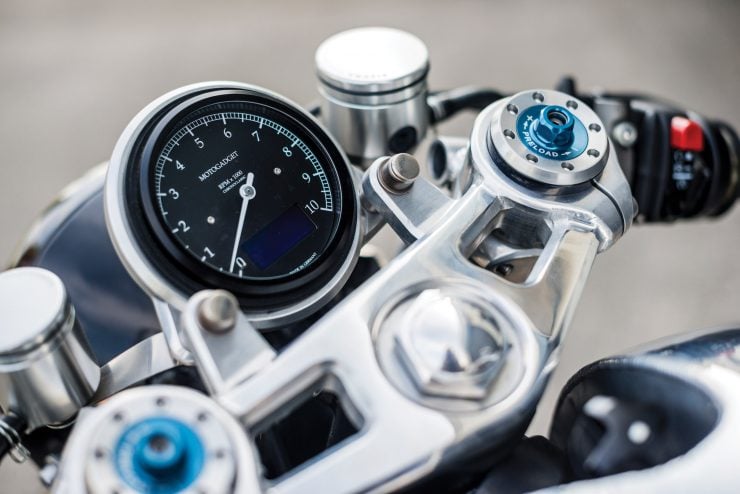 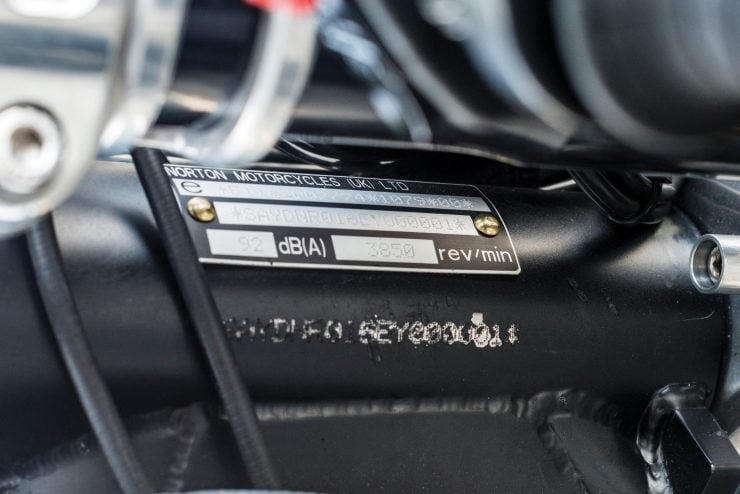 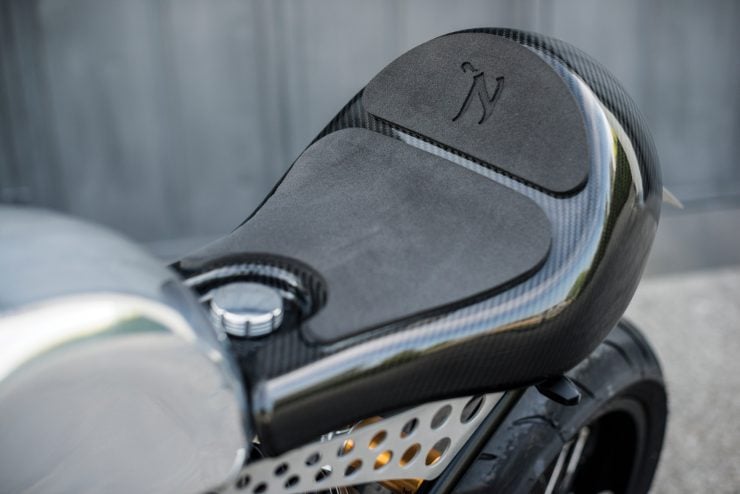 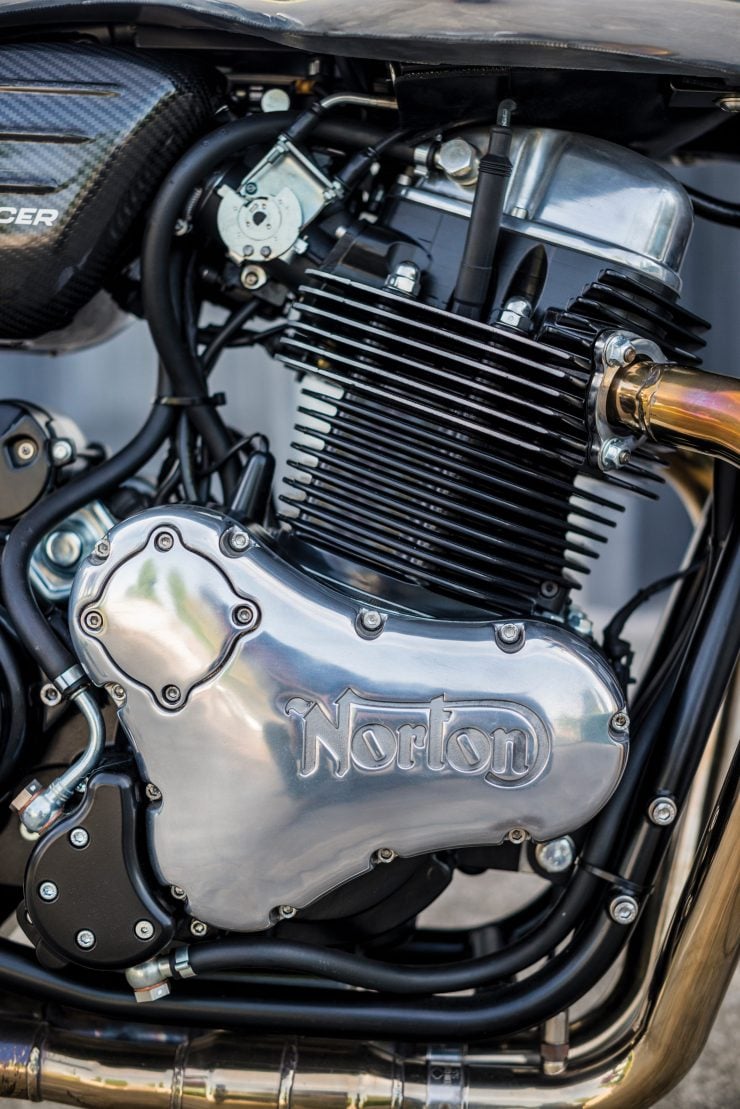 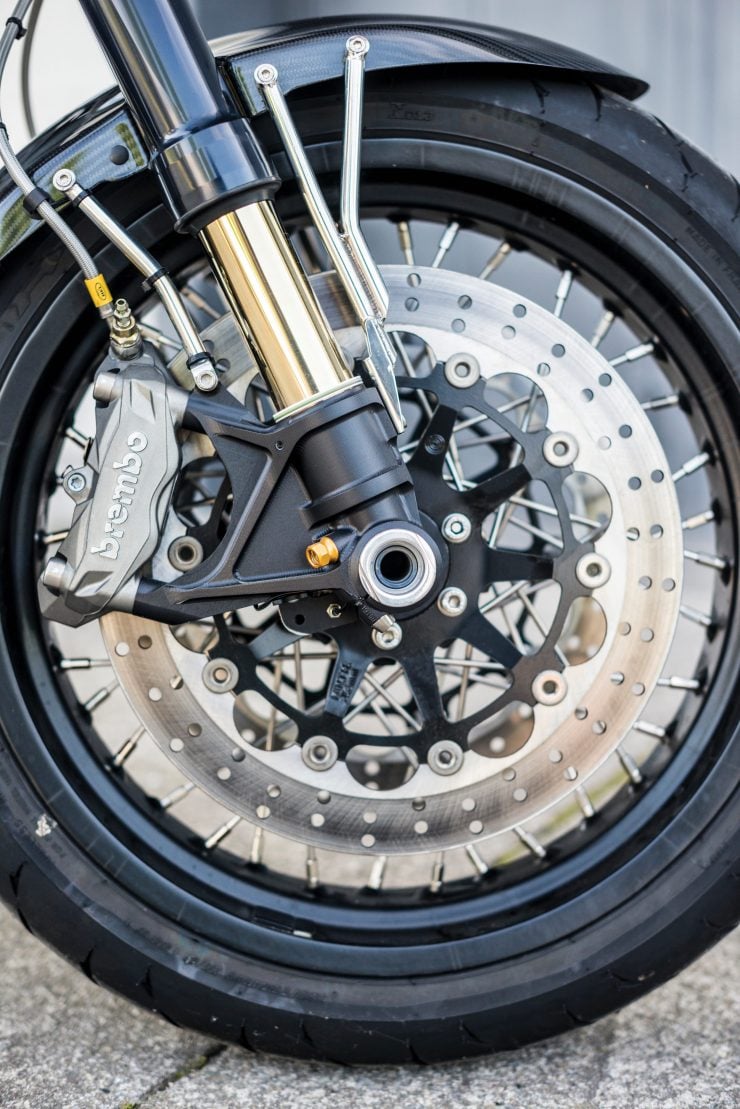 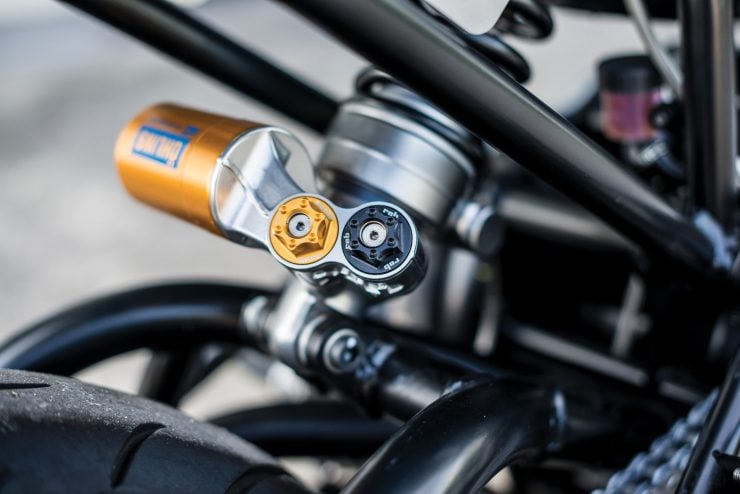 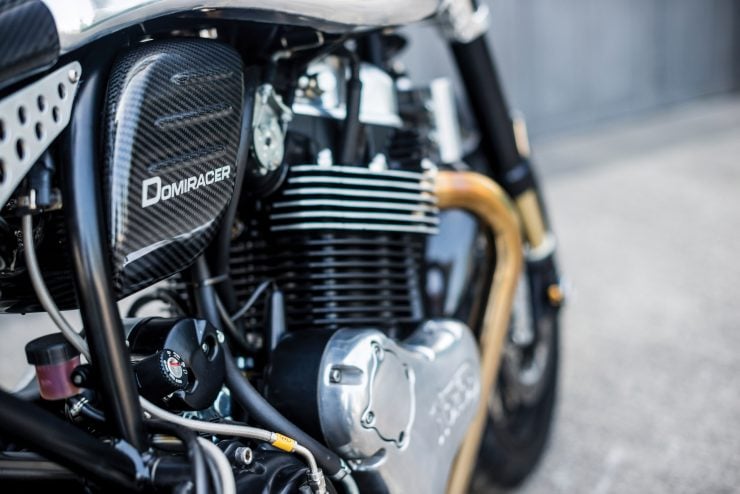 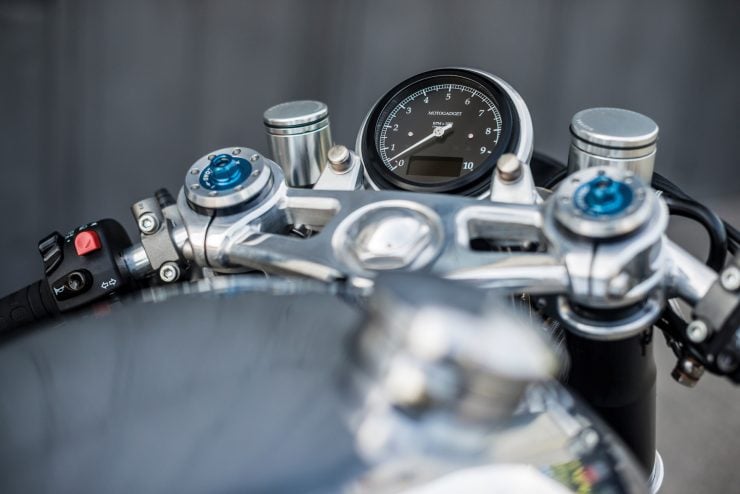 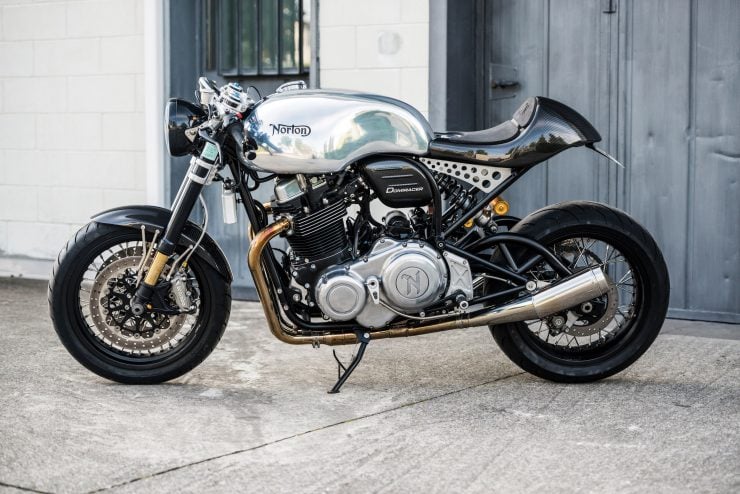 The Marshall Stanmore is the British company’s flagship multi-room home entertainment speaker, it can be plugged into a flatscreen TV to upgrade your audio experience, it can play directly from your turntable or CD player,…