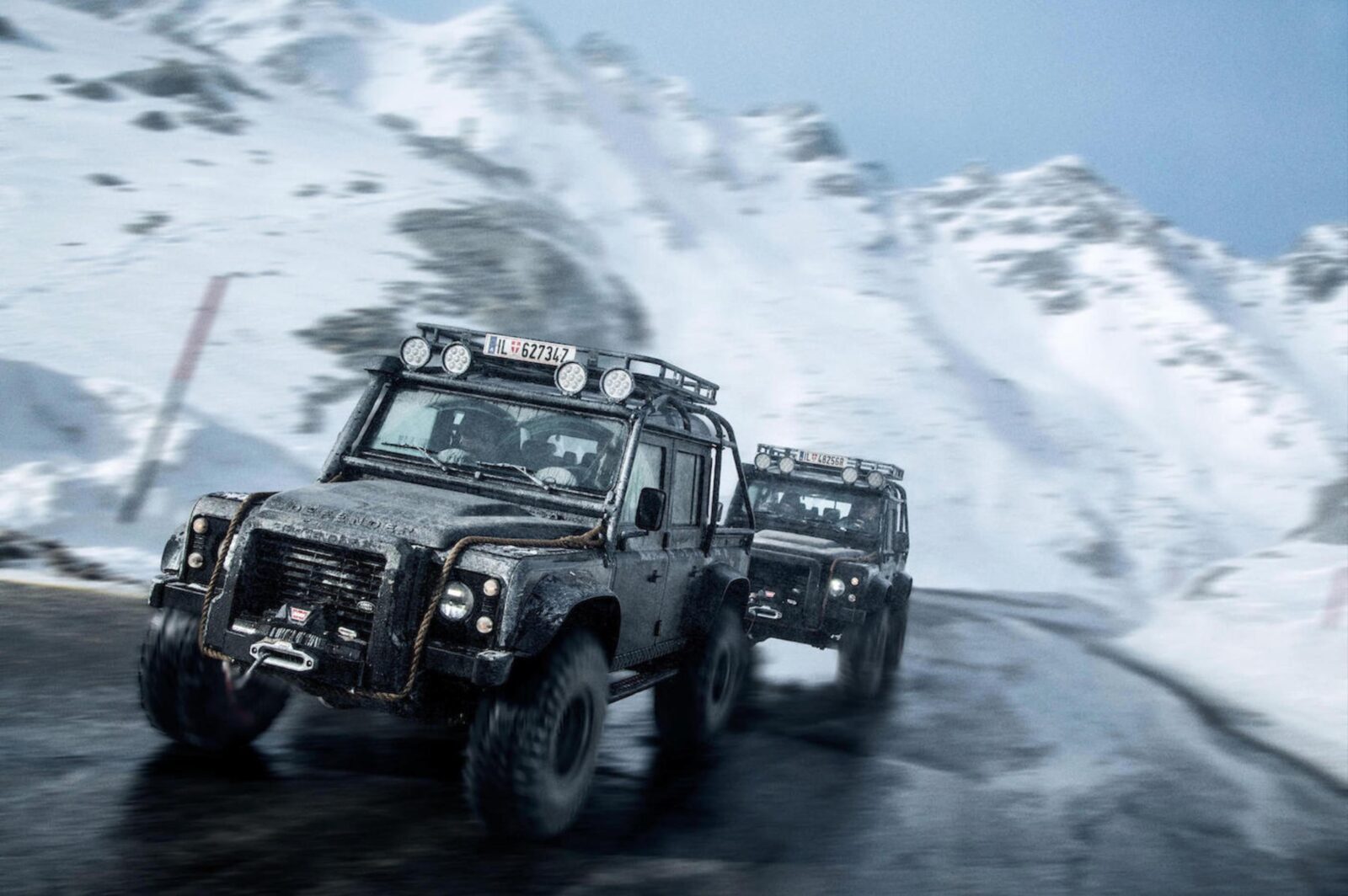 Vehicles used in James Bond films typically become almost as iconic as 007 himself, the most famous are the Astons of course, but he’s also given popularity boosts to the Lotus Esprit, a number of BMWs, the Toyota 2000 GT, the Sunbeam Alpine, and even a 1971 Ford Mustang Mach 1.

The most recent James Bond film brought 007 together with another iconic Brit – the Land Rover Defender. Sony Pictures knew they needed an intimidating 4×4 for a number of scenes in Spectre, so they turned to Jaguar Land Rover’s Special Vehicle Operations and ordered 10 vehicles. These 10 black 110 Series Defenders were then sent to Land Rover tuning and racing specialists Bowler who turned them into some of the meanest, and now most famous, Defenders on earth.

Only 10 examples of the Spectre Land Rover Defender SVX were built for the film, not all of them survived and many that did survive now look a little worse for wear. The example you see here was used strictly for drive by scenes, not stunts, and it now has just 234 kilometers on the odometer from new, making it one of the best Spectre cars remaining and the only one for sale on the open market.

The transformation Bowler undertook on these vehicles was significant, 37 inch tires were bolted directly to special wheel rims, suspension upgrades include rose joints and Bilstein rally dampers, and there’s a full roll cage both internally and externally. A Warn winch has been installed up front, and a series of LED spotlights have been fitted to keep the road well lit even when you’re pursuing a British secret agent over a mountain pass.

The diesel engine was upgraded so it now produces 185 bhp and 500 Nm of torque, up from 120 bhp in stock trim. Recaro seats with 4-point harnesses were fitted, along with a no-nonsense hydraulic handbrake, and it comes with key tags identifying it as an official film car.

The first private owner had the pick of all 10 Spectre-film Defenders, and he chose this one as it is the most significant.

The Spectre Defender you see here is offered with the owner’s wallet containing the handbook and (blank) service booklet, a current MoT certificate, a UK V5C document for the most appropriate registration ‘OO07 SVX’, and and a framed presentation featuring movie stills, the shooting schedule, and an Austrian licence plate.

If you’d like to read more about the car or register to bid you can click here to visit the listing on Bonhams. 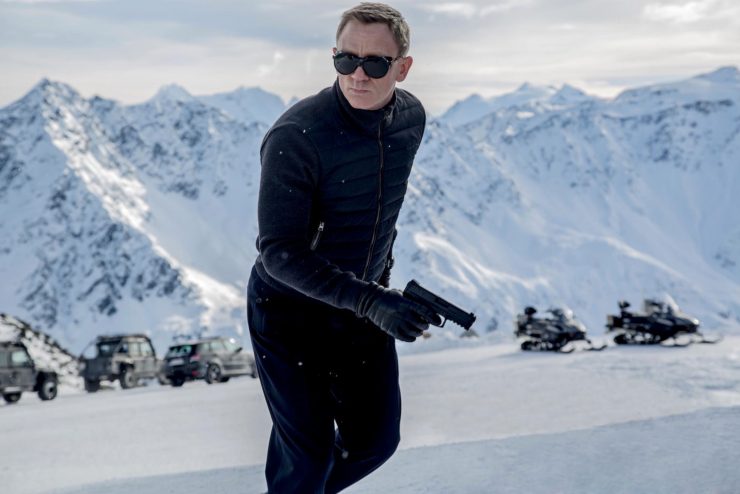 A Brief History of the Land Rover Defender

The Land Rover Defender actually didn’t start out being called a Defender at all. Its first predecessor was the 1979 Stage I V8, a Series III Land Rover which was fitted with a de-tuned version of the V8 petrol engine that would ultimately find its way into the “Defender” series. That model pioneered not only the new V8 engine but also the constant four-wheel-drive transmission of the Defender: it gave Land Rover an opportunity to test the market, and to field test the engine and transmission that would be at the heart of the planned new model.

Although the idea of dropping a V8 engine into a Series III Land Rover was not new (lots of dedicated amateurs had done this before with varying degrees of success) it was a modification that showed up the deficiencies Land Rover’s original 1947 design. Those deficiencies were the brakes, which had never been a Land Rover strong point, and the vehicle’s stability. The Land Rover Series III Stage I V8 showed Land Rover’s engineers that a more sophisticated suspension and braking system would be needed for their new version of the Land Rover and so, although they pretty much kept to the original chassis and body design, new axles providing a wider track, a coil spring suspension, and new brakes were to be the order of the day.

Following on from the long wheelbase Land Rover One Ten the short wheelbase followed the next year, 1984, and it was called the Land Rover Ninety.

The Land Rover One Ten and Ninety were not limited to the V8 engine only, but were also sold with much the same selection of engines as the Series III models. So they were available with the original 2.25 litre in-line four cylinder petrol engine, and the 2.25 litre diesel. Both of these engines were upgraded from the original three main bearing crankshaft to five main bearing crankshafts for the new models. The diesel was subsequently upgraded to 2.5 litres capacity.

As the 1980’s progressed Land Rover realised that they had the expensive “upper crust” Range Rover for the moneyed customers, and the humble Land Rover for the not so moneyed, but they needed something in between. To this end they created the Land Rover Discovery using much the same engine choices and transmission. At that point they had two models with names; the Range Rover and the Discovery, and one without. To fix this they introduced the name “Defender” for the Land Rover One Ten and Ninety models in 1989. The long wheelbase model became the Land Rover Defender 110, and the short wheelbase the Defender 90. The Land Rover Defender was officially christened and it would remain by and large the same vehicle, albeit with a number of different engines, up until 2016 when production was finally ended.

We are told that there is a new Land Rover “Defender” on the drawing board. What will be has not yet been revealed, but we hope it will be something that remains true to the original Land Rover DNA. 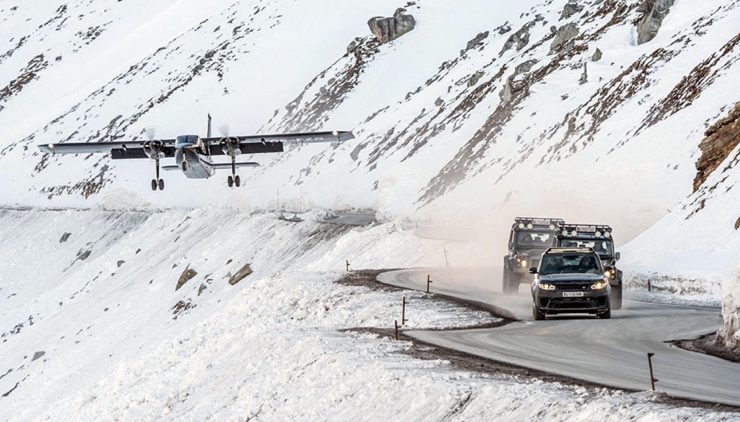 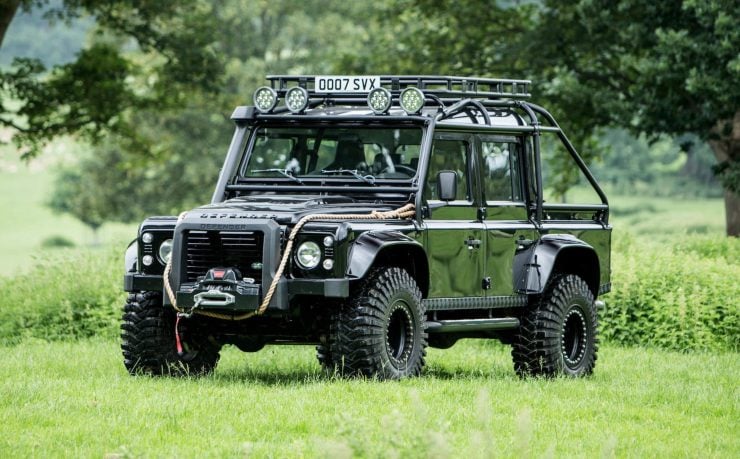 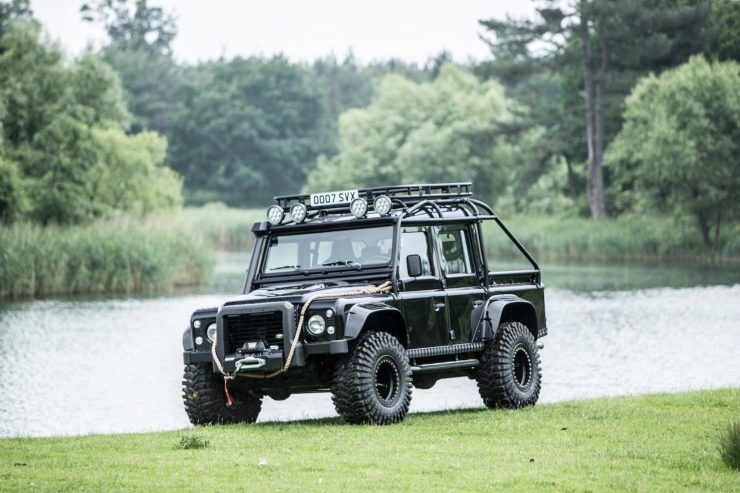 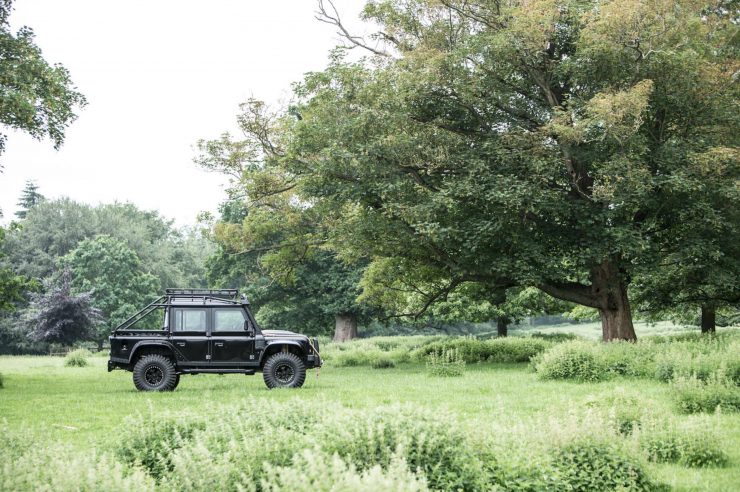 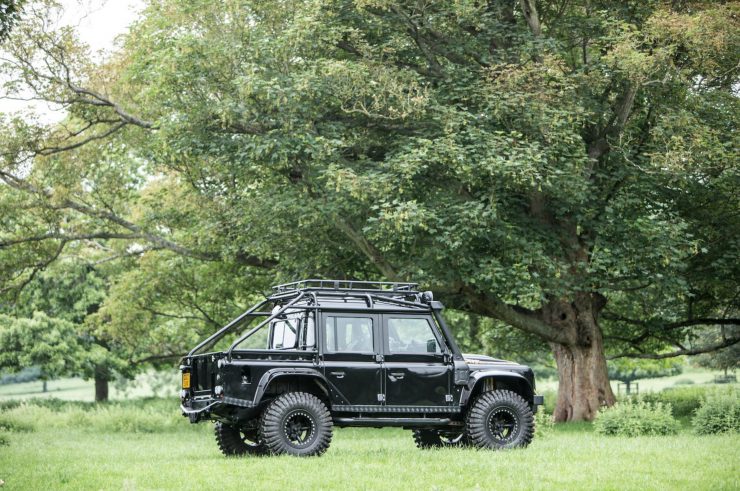 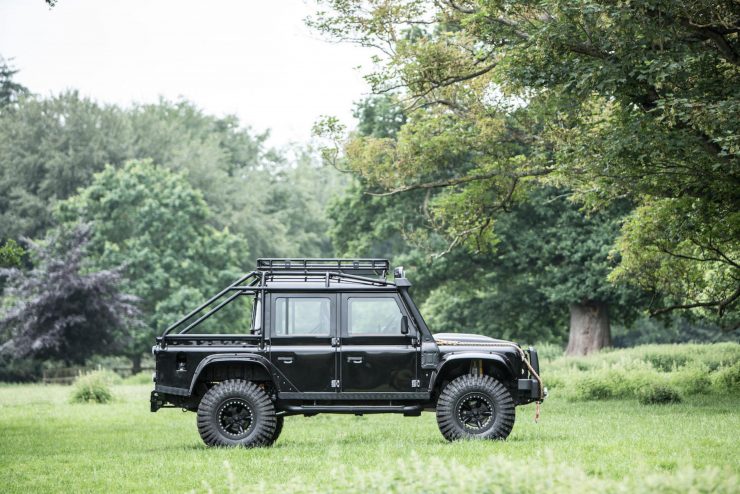 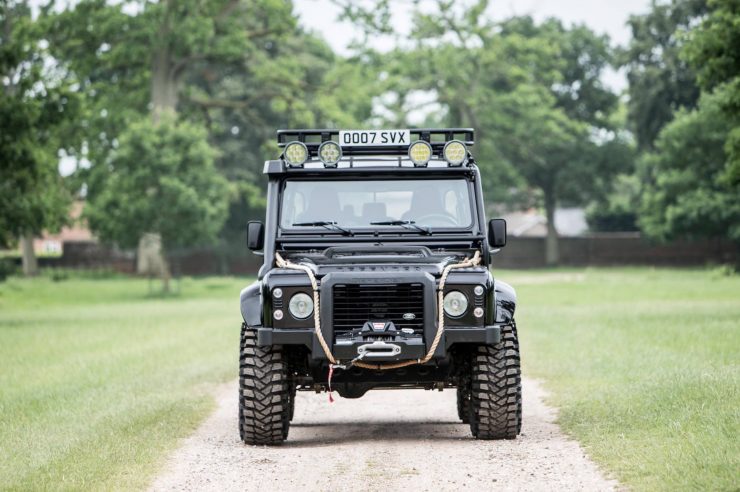 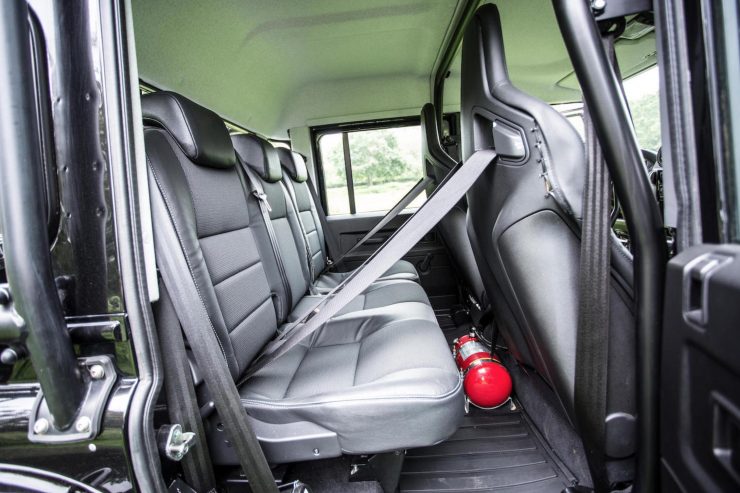 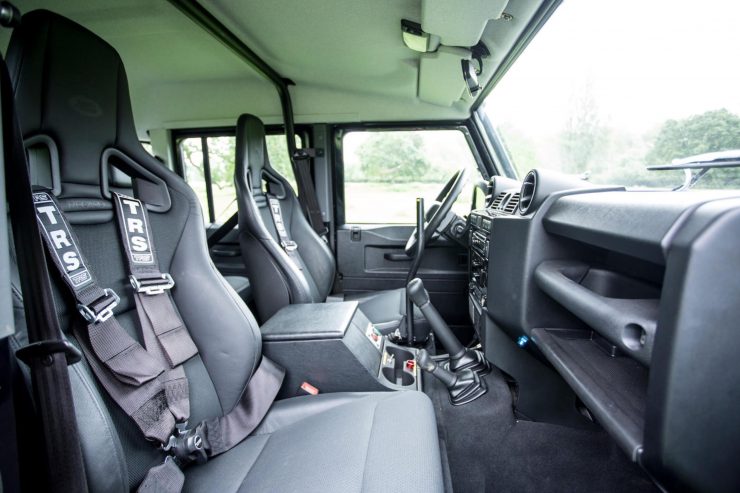 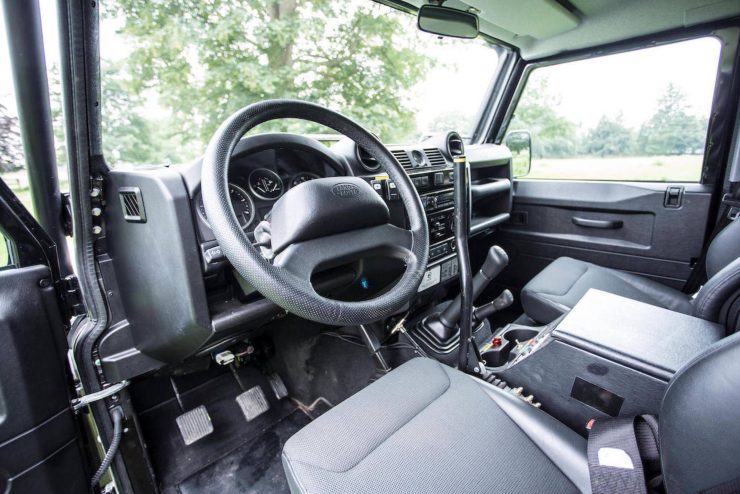 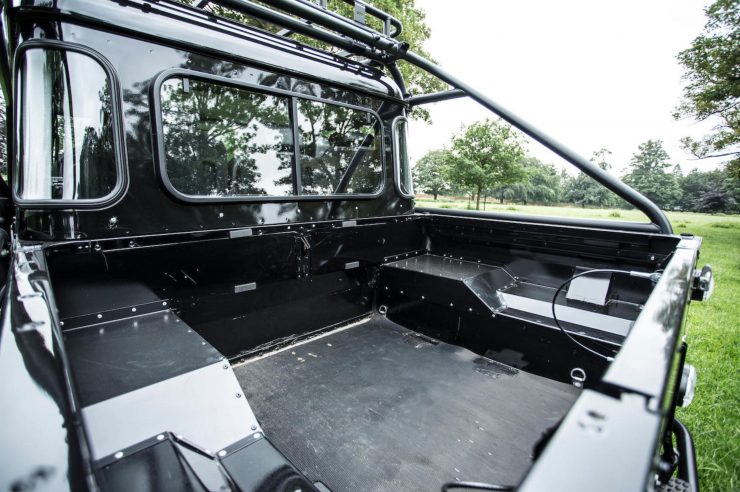 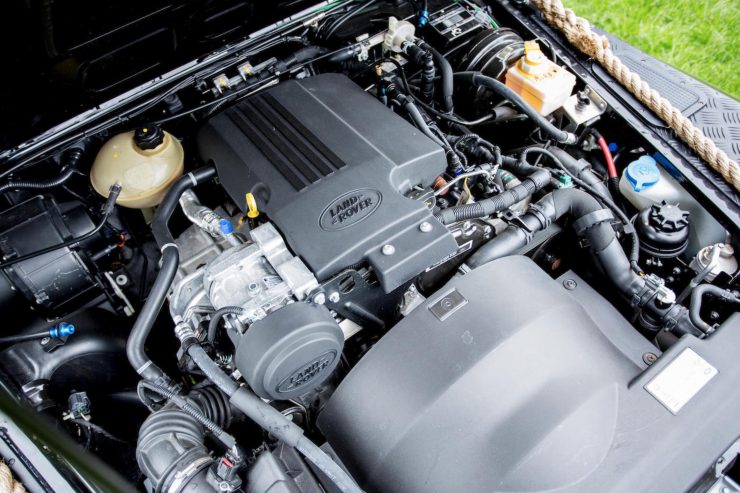 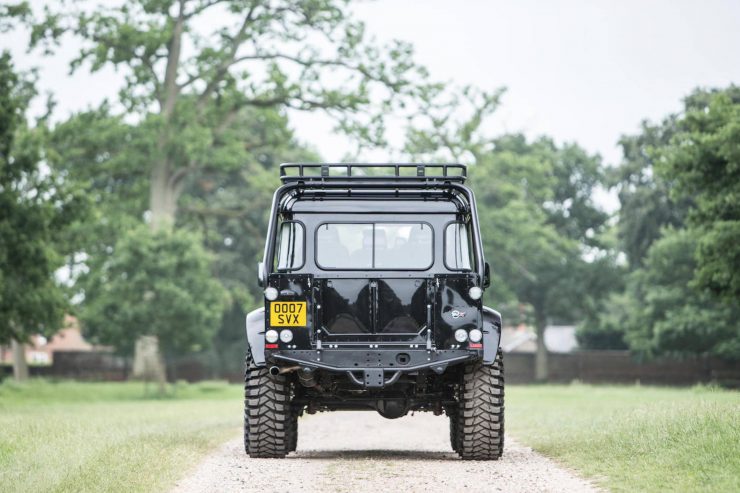 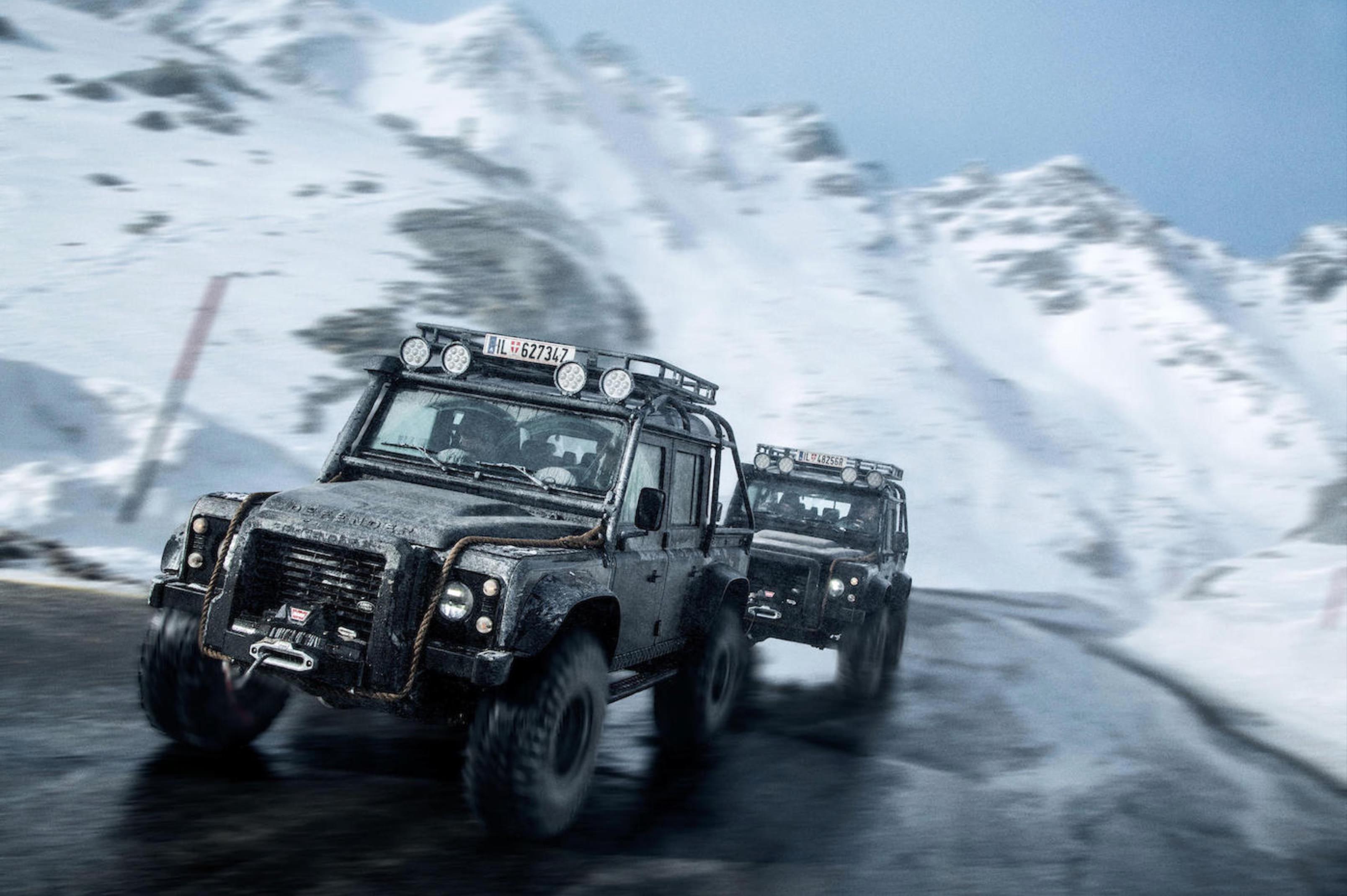