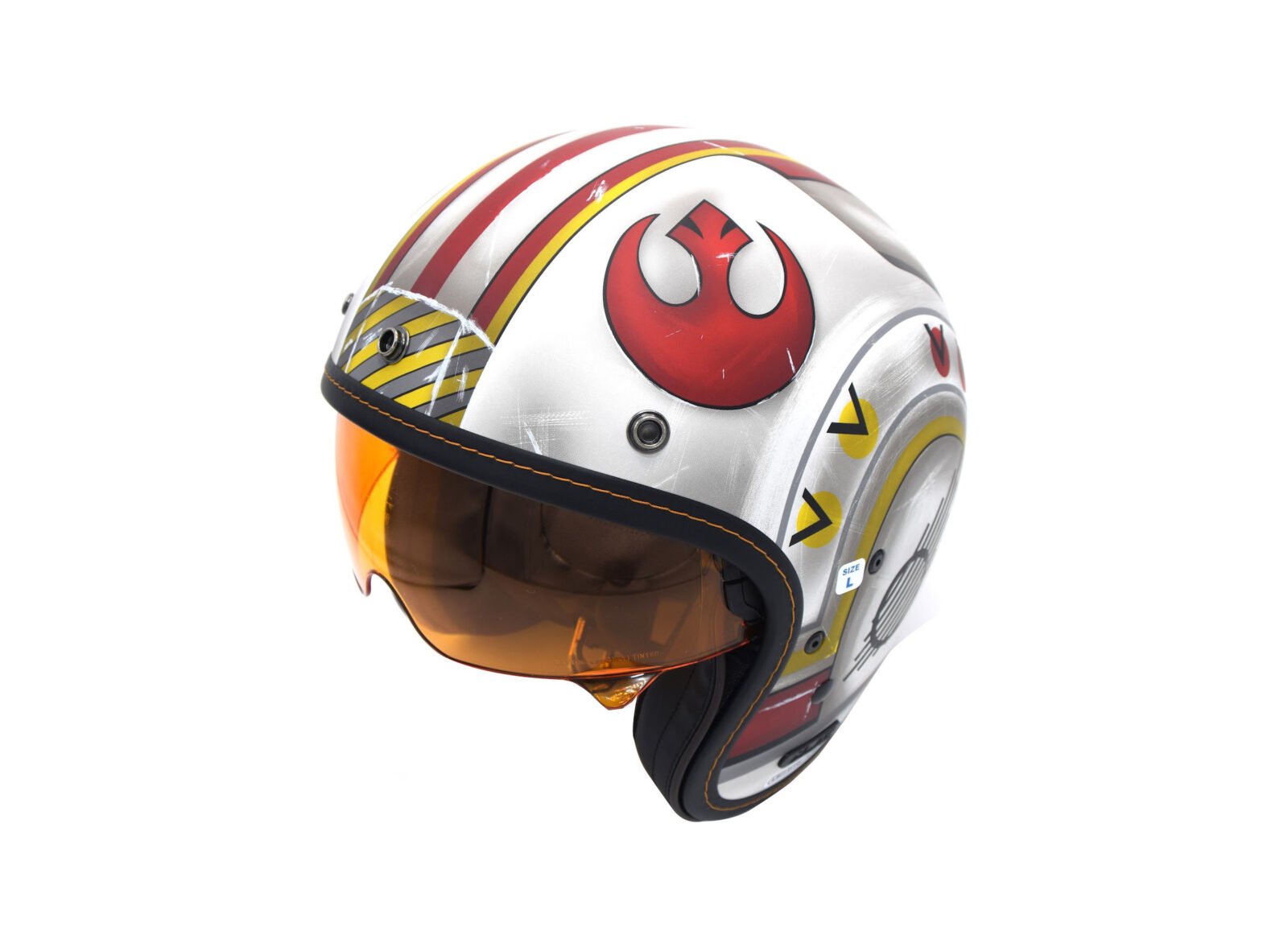 The HJC IS-5 X-Wing Fighter Pilot Helmet is A DOT-approved motorcycle helmet designed to look a lot like the helmets worn by the rebel X-Wing pilots from the original films.

The X-Wing first appeared in A New Hope, followed by Return of the Jedi and The Empire Strikes Back, with a new appearance in Rogue One: A Star Wars Story.

The helmet has a lightweight polycarbonate composite shell and an integrated, amber-tinted, flip-up HJ-V8 sunshield, the interior has a SuperCool moisture-wicking, anti-bacterial fabric, and it has a removable/washable liner and cheek pads.

With an MSRP of $179.99 the HJC IS-5 X-Wing Fighter Pilot Helmet is a relatively inexpensive way to bring a little Star Wars into your garage (or living room if your spouse is understanding), and finally live out that childhood dream – it could also form the foundation of this year’s Halloween costume. 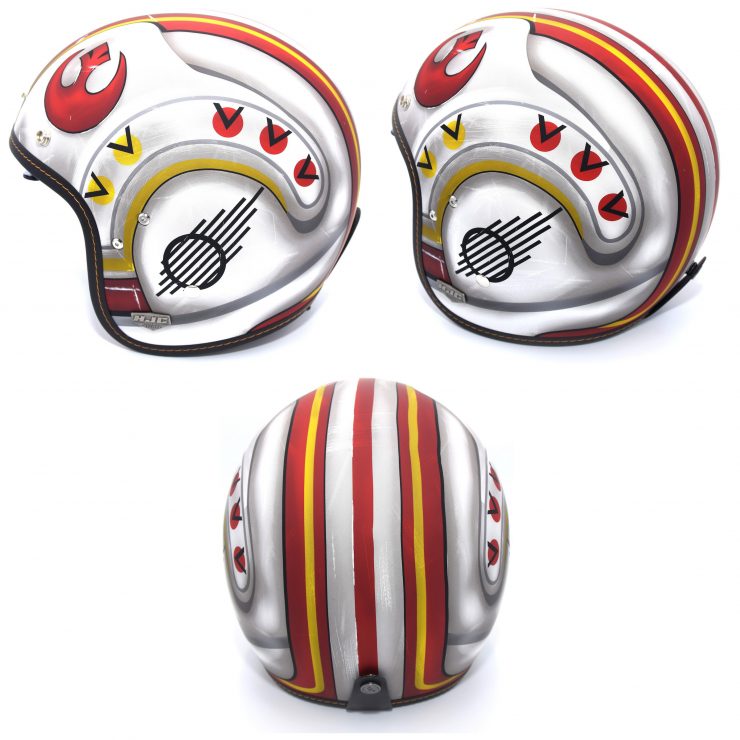 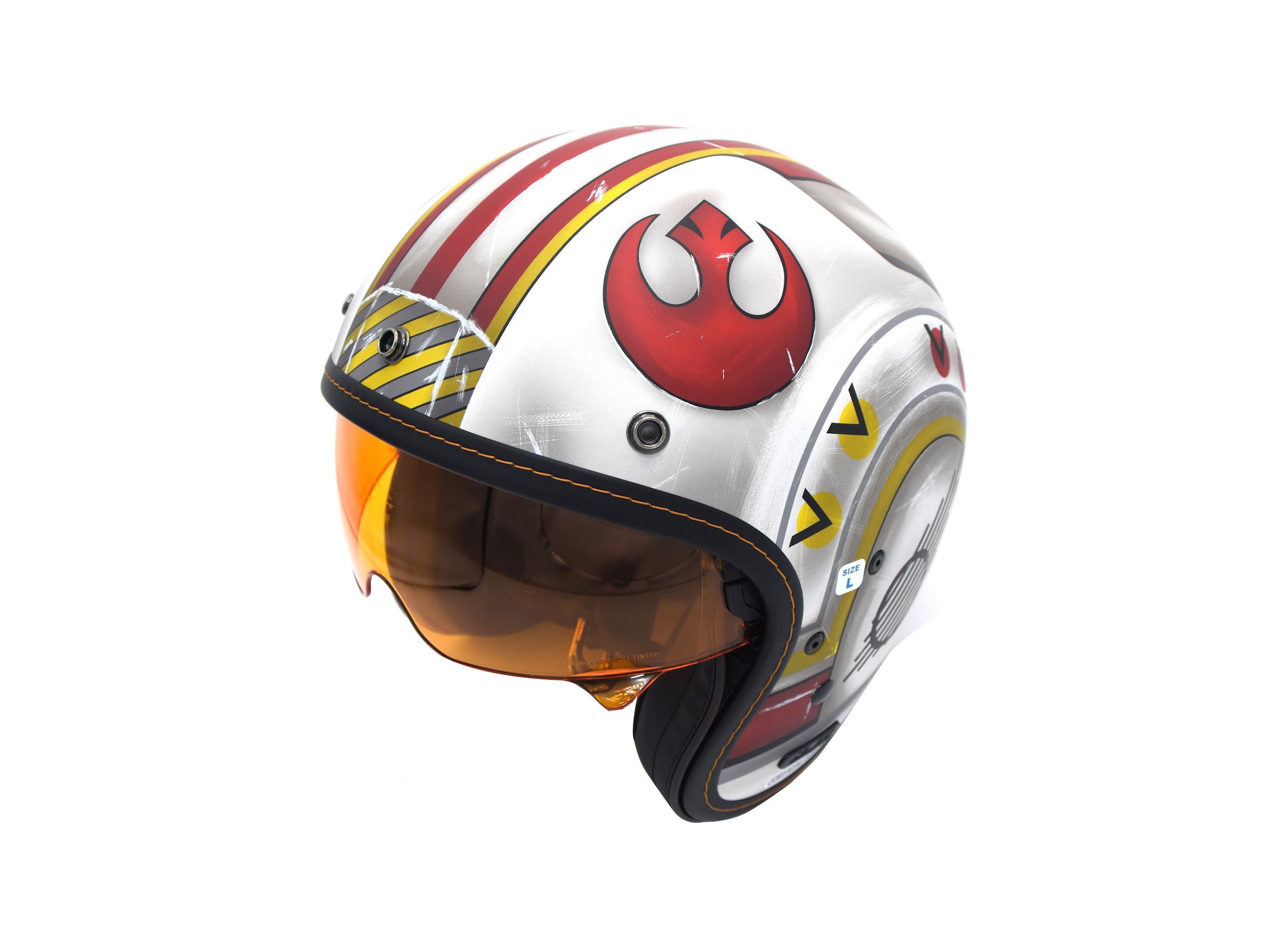