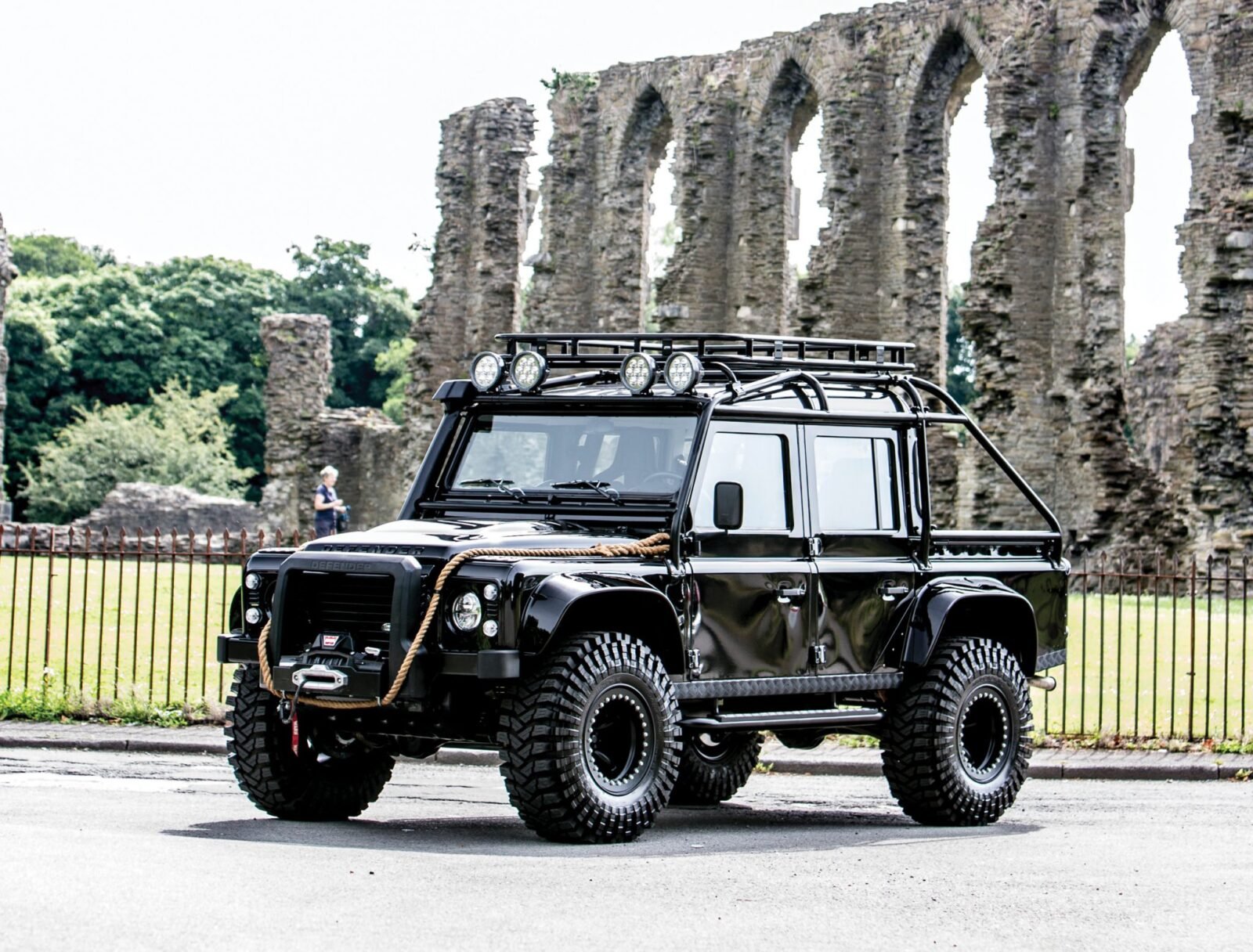 Vehicles used in James Bond films typically become almost as iconic as 007 himself, the most famous are the Astons of course, but he’s also given popularity boosts to the Lotus Esprit, a number of BMWs, the Toyota 2000 GT, the Sunbeam Alpine, and even a 1971 Ford Mustang Mach 1.

The most recent James Bond film brought 007 together with another iconic Brit – the Land Rover Defender. Sony Pictures knew they needed an intimidating 4×4 for a number of scenes in Spectre, so they turned to Jaguar Land Rover’s Special Vehicle Operations and ordered 10 vehicles. These 10 black 110 Series Defenders were then sent to Land Rover tuning and racing specialists Bowler who turned them into some of the meanest, and now most famous, Defenders on earth.

A BRIEF HISTORY OF THE LAND ROVER DEFENDER

The Land Rover Defender was the successor to the Series III, it was originally called the Ninety or the One Ten (a reference to the wheelbase length in inches). As the Land Rover model range grew it was decided to rename the line to Defender 90 and Defender 110 to avoid any confusion.

To say the Defender had large shoes to fill would be a remarkable understatement. The Series I, Series II, Series IIA, and Series III Land Rovers took the world by storm and were very often the first motorised vehicle ever seen by people in developing nations.

The new Defender maintained the same basic structure as the Series vehicles, with a body-on-chassis design utilising a steel frame, a steel bulkhead, and aluminium body panels. Under the skin the Defender had been significantly updated with wider track axles, coil springs as opposed to leaf springs, a full-time 4×4 system borrowed from the Range Rover, and a lockable centre diff. 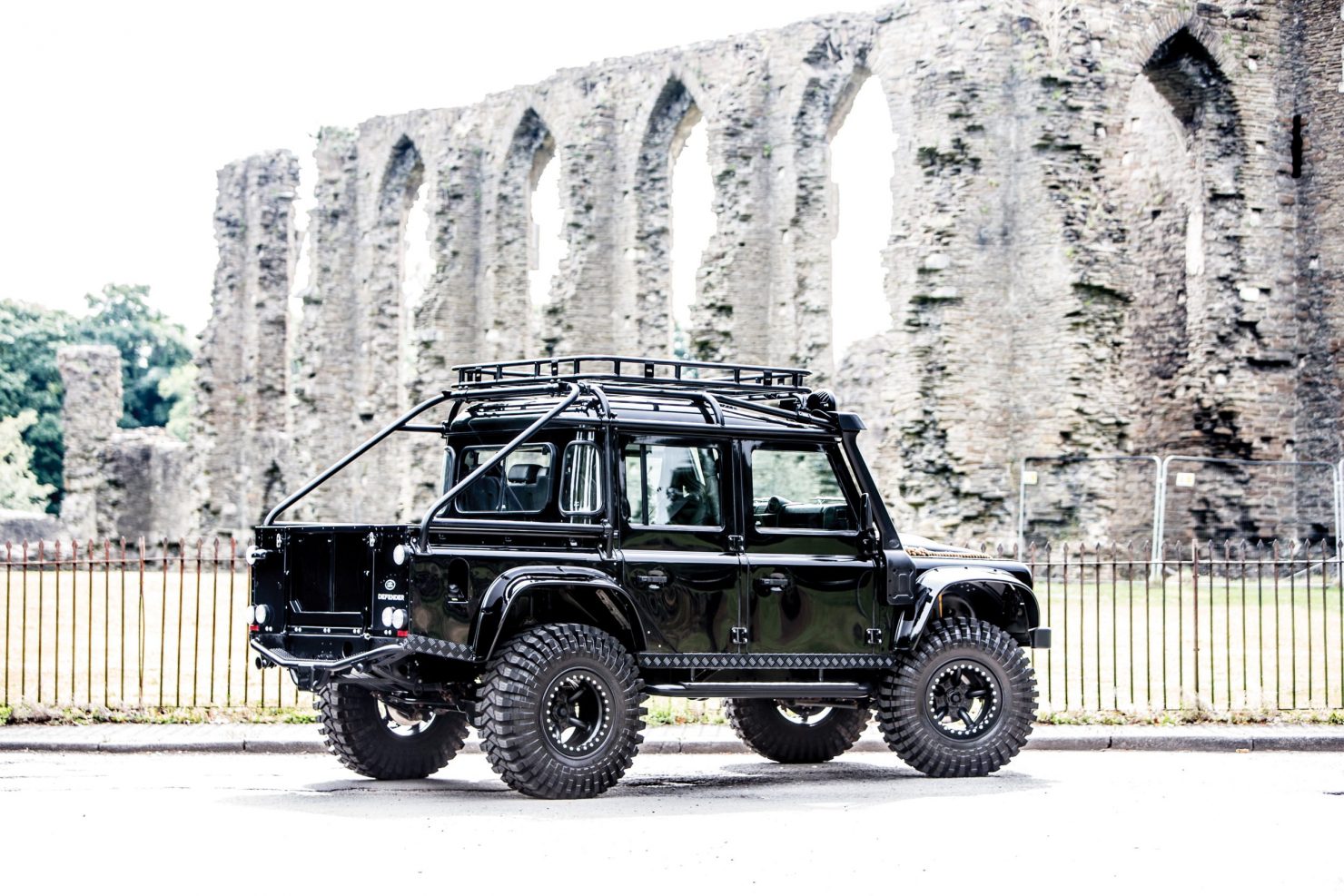 The interior had seen significant (and some would say overdue) upgrades over the Series Land Rovers, much improving the seats, sound-proofing, dashboard and instruments, and even offering amenities like air-conditioning and stereos.

Over the 3 decades of its production the Defender would get progressively more comfortable without sacrificing any of its raw off-road ability, and examples from the final few years of production are now highly sought after. Land Rover stopped making the Defender in early 2016 – largely due to increasingly stringent crash safety laws that the model couldn’t meet with its older-style body-on-frame structure.

Land Rover have announced more recently an intention to introduce a new Defender, likely with a unibody design and significantly updated styling. It’s widely hoped that Land Rover will stay true to the DNA of the model when they officially unveil the new Defender in 2019 – but only time will tell. 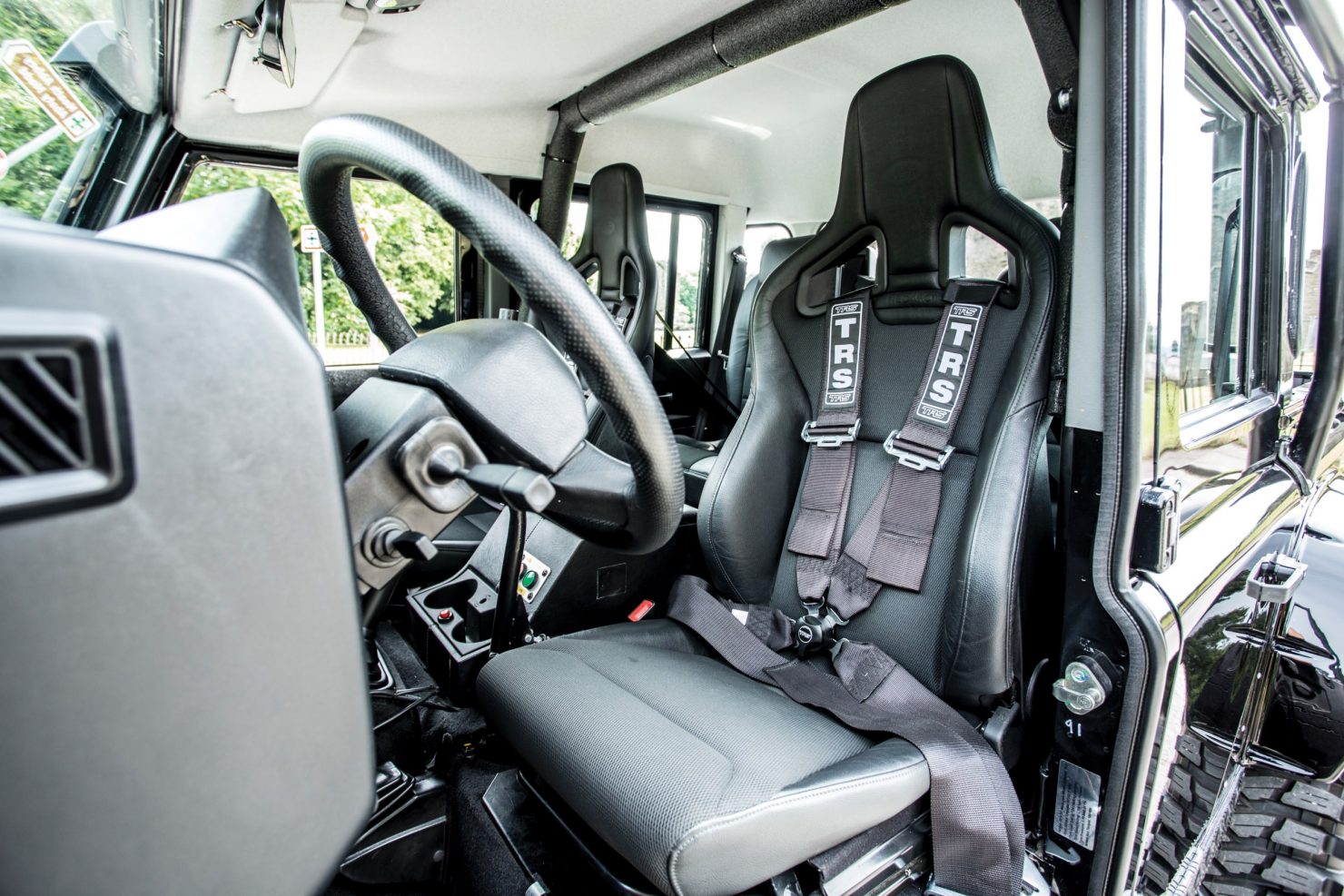 Only 10 examples of the Spectre Land Rover Defender SVX were built for the film, not all of them survived and many that did survive now look a little worse for wear. The example you see here was used strictly for drive by scenes, not stunts, and it now has just 234 kilometers on the odometer from new, making it one of the best Spectre cars remaining and the only one for sale on the open market.

The transformation Bowler undertook on these vehicles was significant, 37 inch tires were bolted directly to special wheel rims, suspension upgrades include rose joints and Bilstein rally dampers, and there’s a full roll cage both internally and externally. A Warn winch has been installed up front, and a series of LED spotlights have been fitted to keep the road well lit even when you’re pursuing a British secret agent over a mountain pass.

The diesel engine was upgraded so it now produces 185 bhp and 500 Nm of torque, up from 120 bhp in stock trim. Recaro seats with 4-point harnesses were fitted, along with a no-nonsense hydraulic handbrake – this last item has been disconnected, but enterprising new owners might find a way to get it working again. 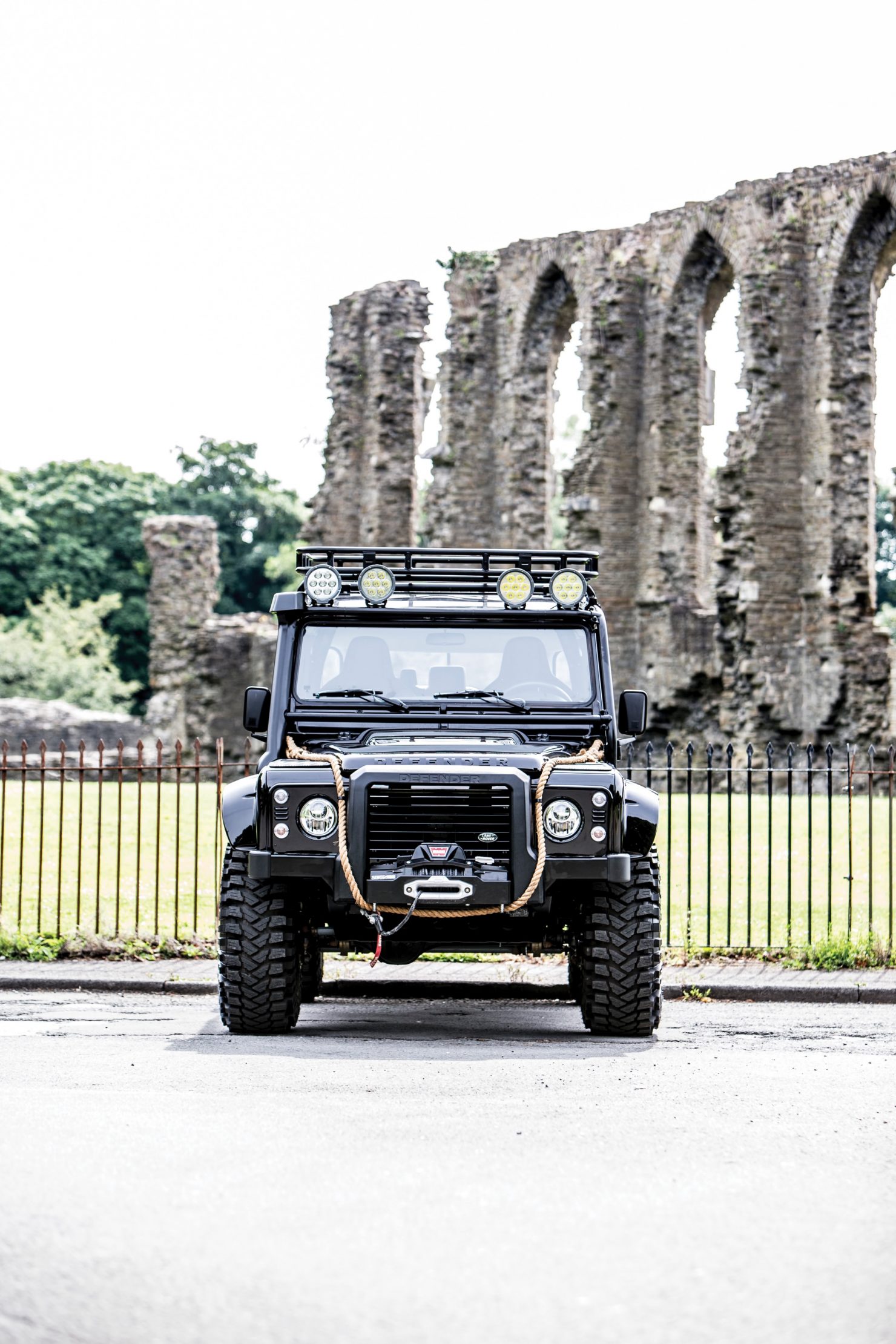 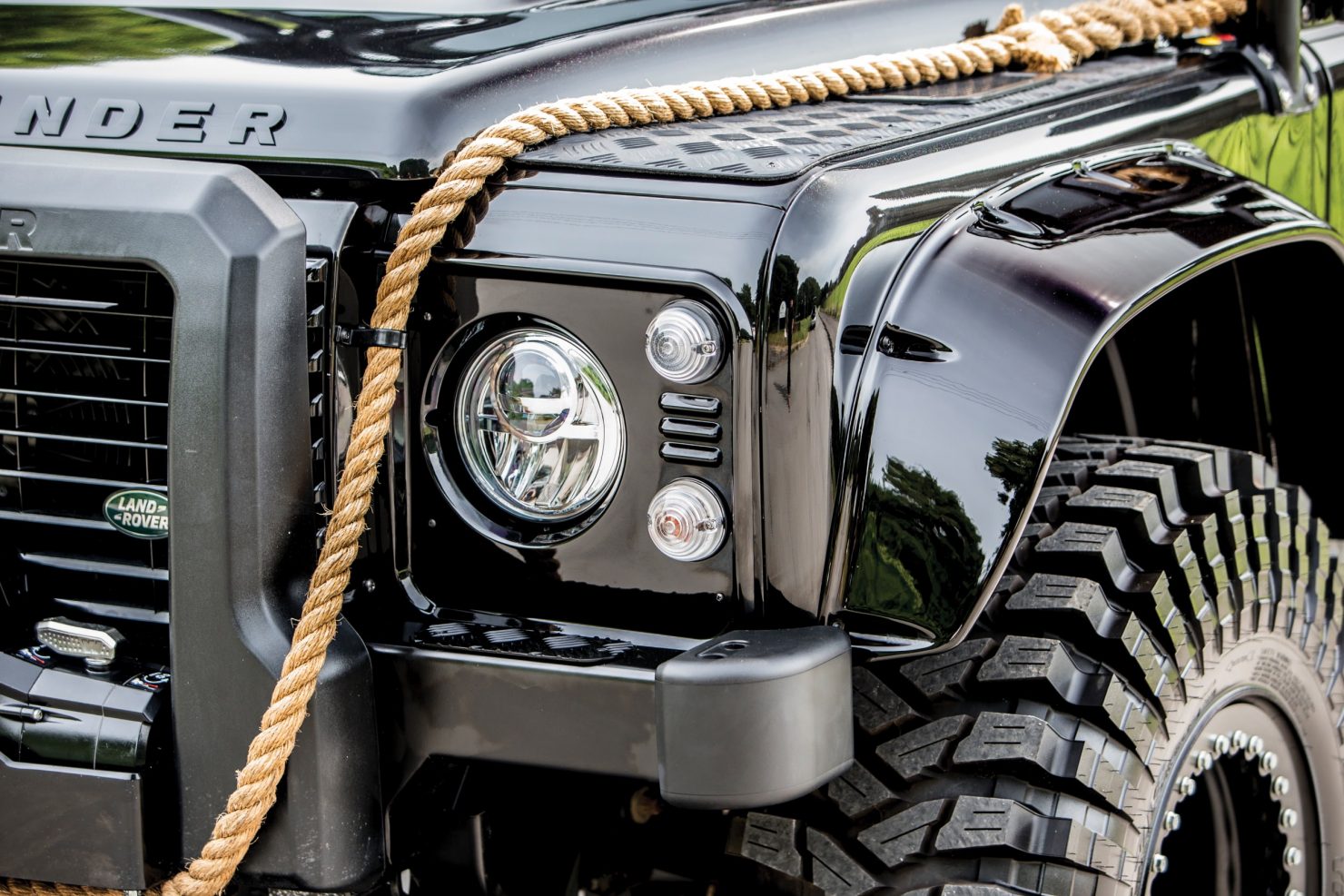 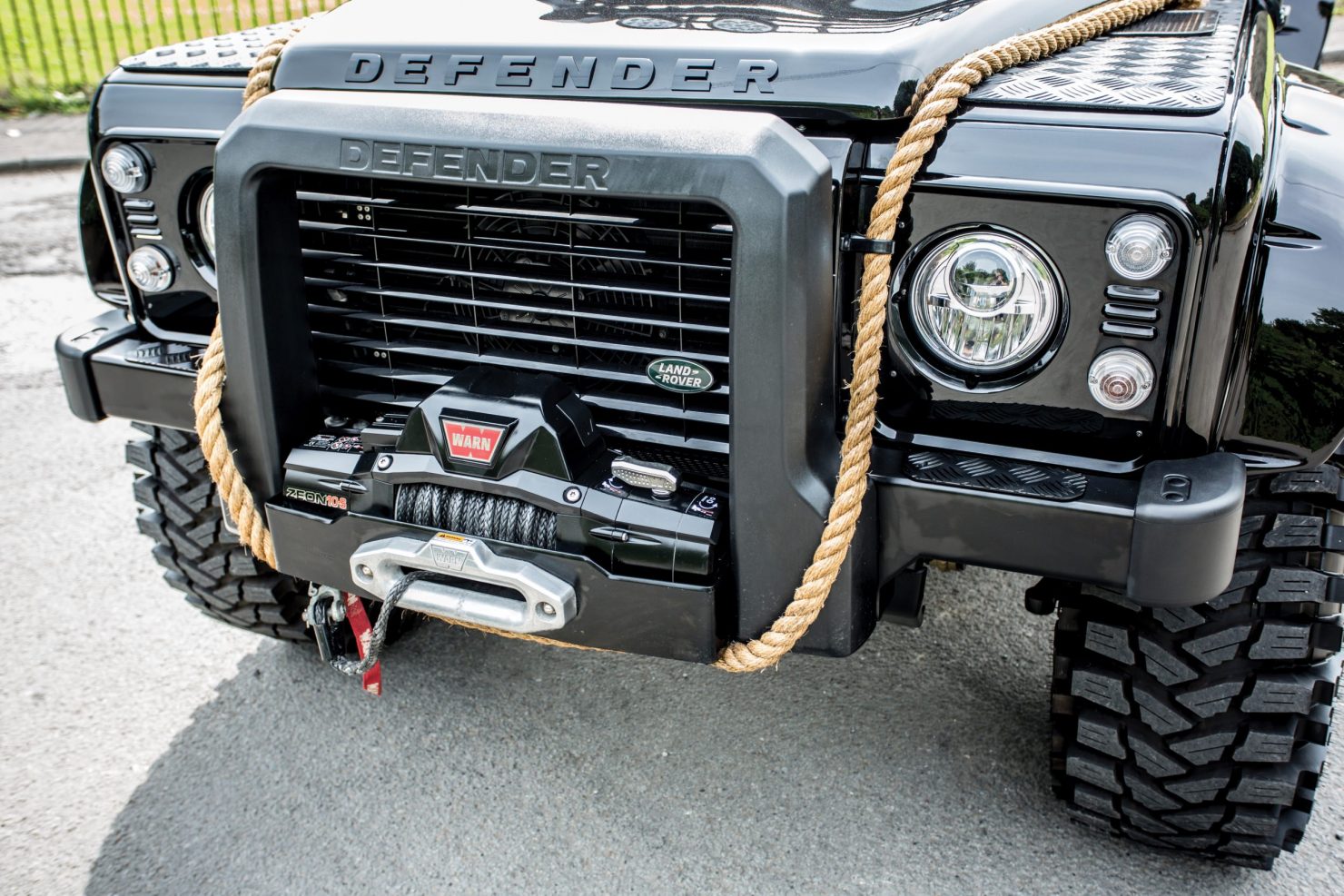 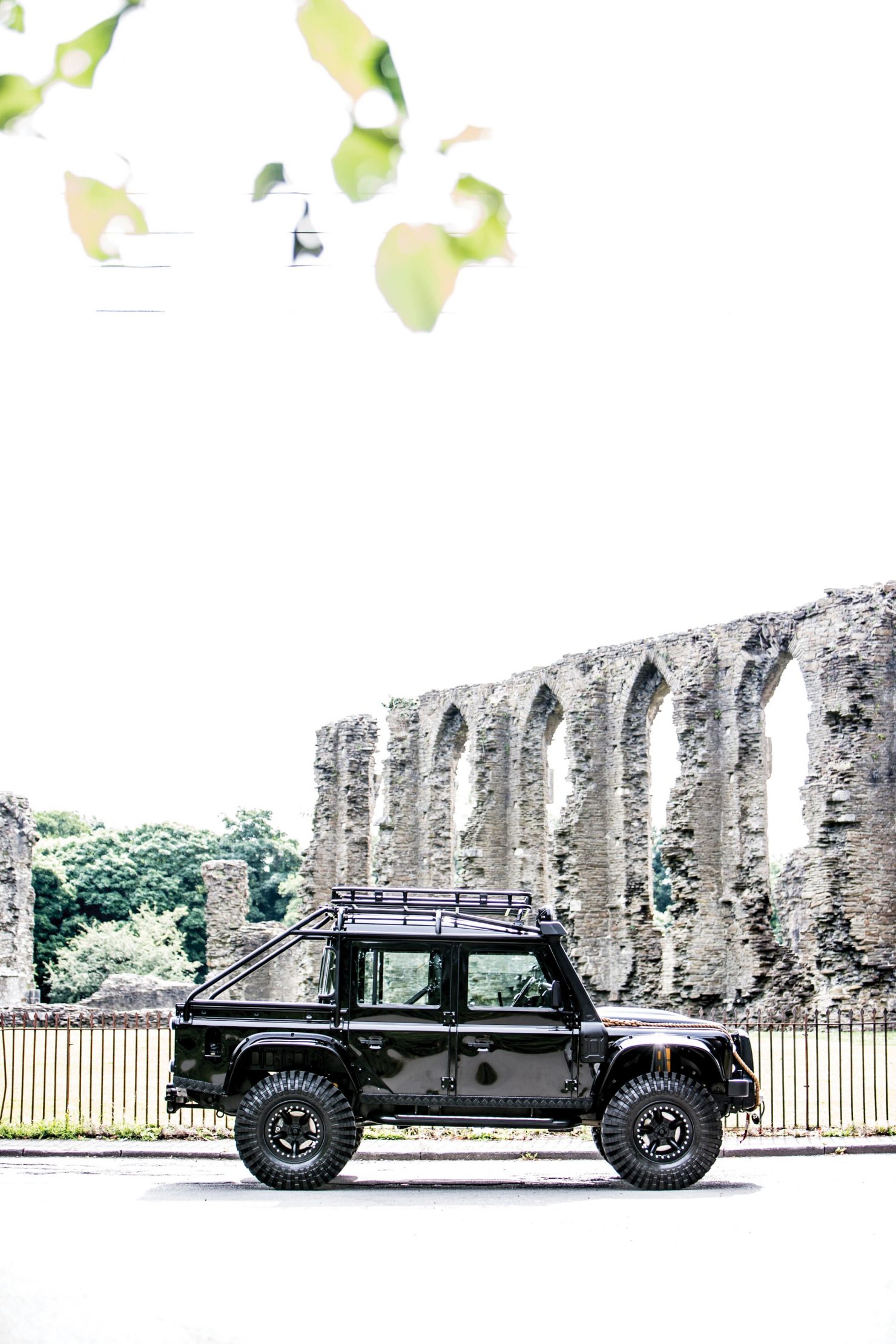 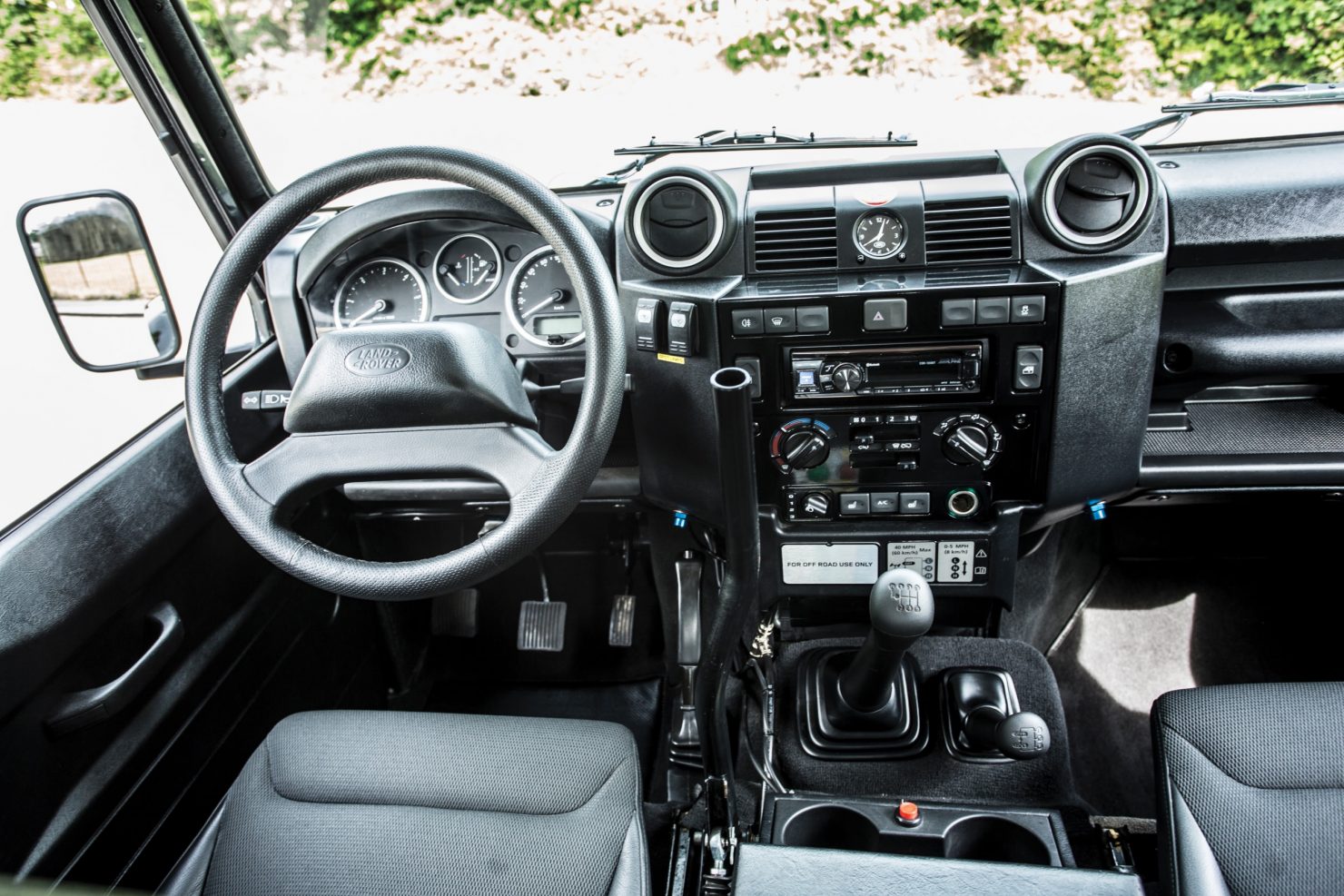 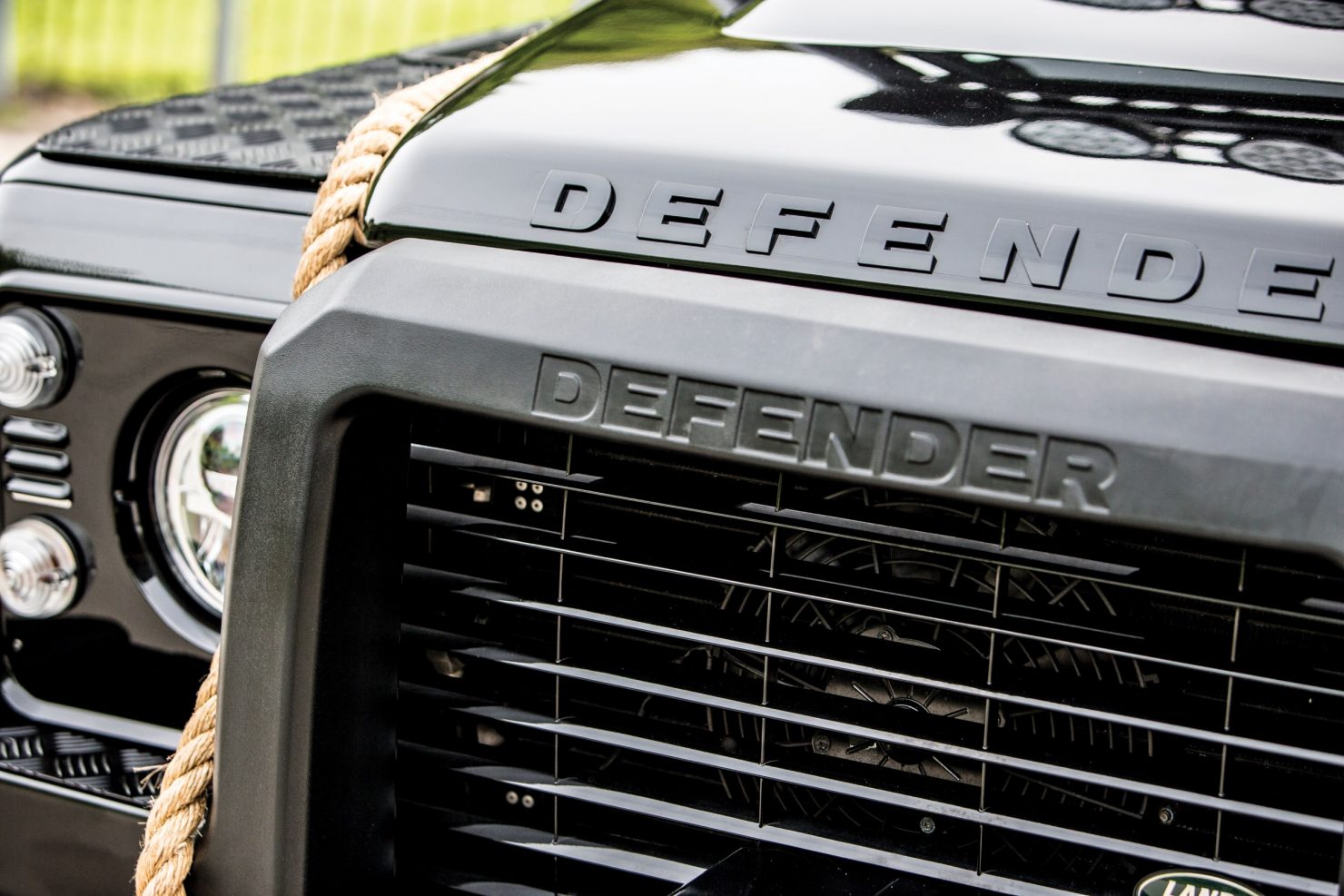 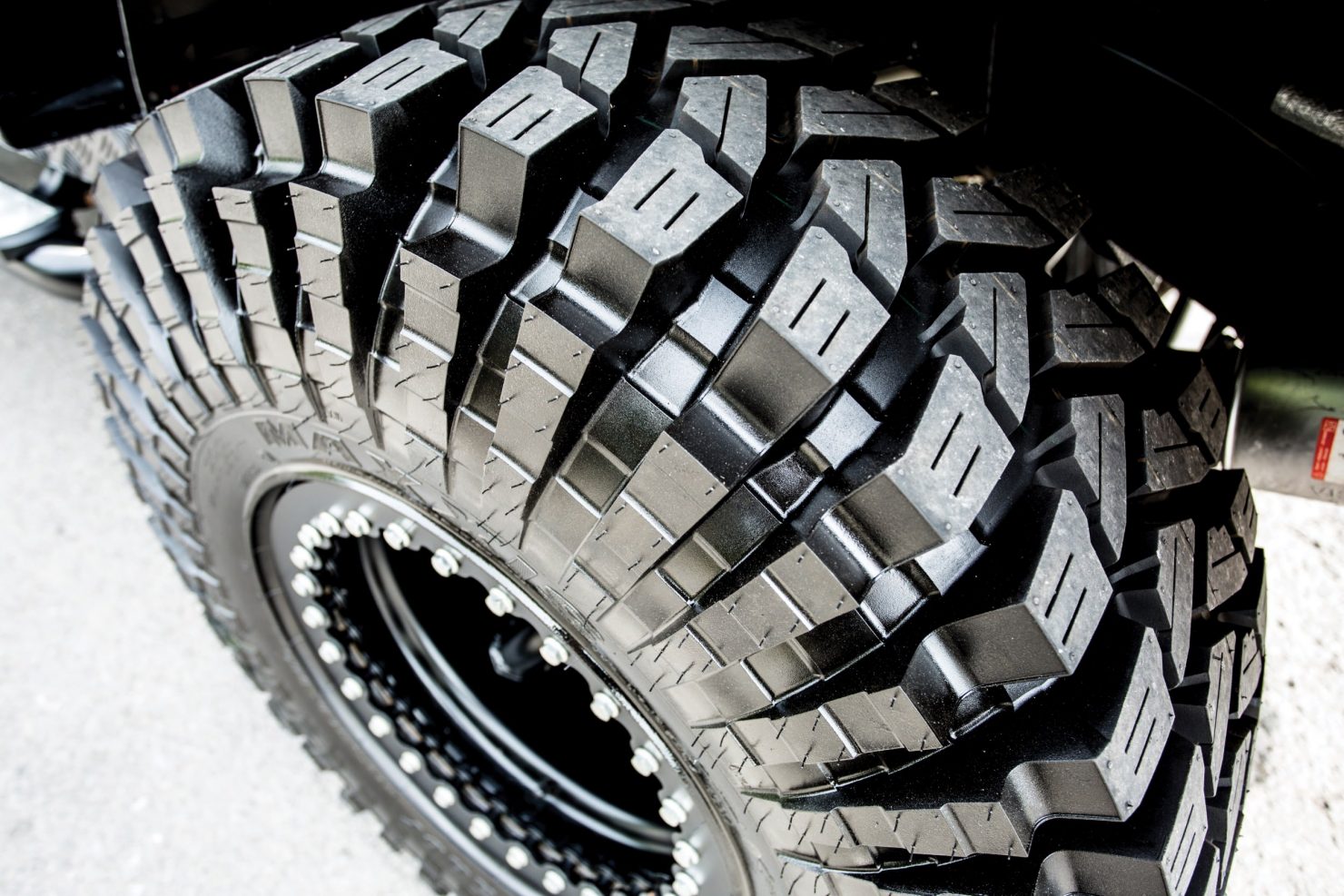 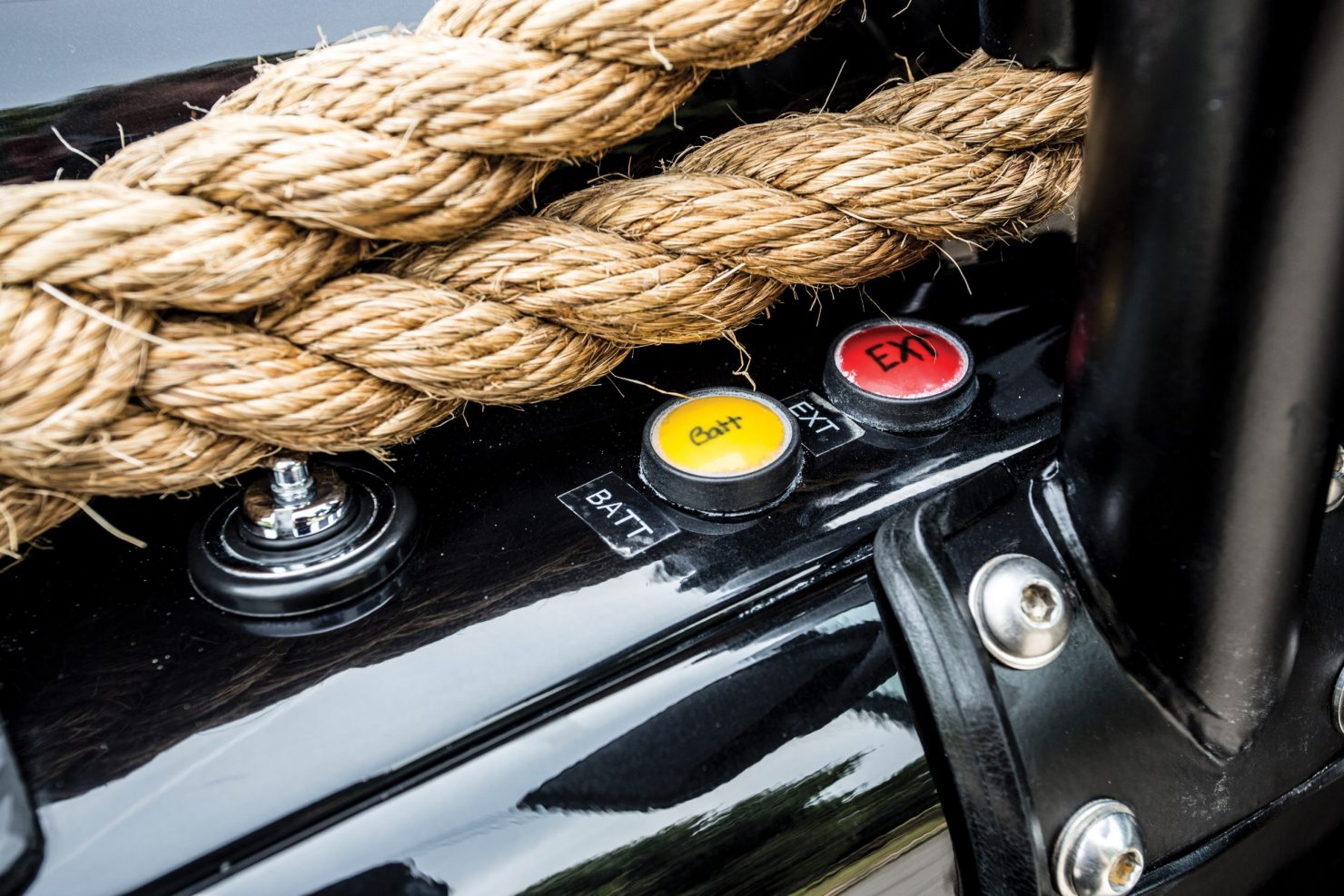 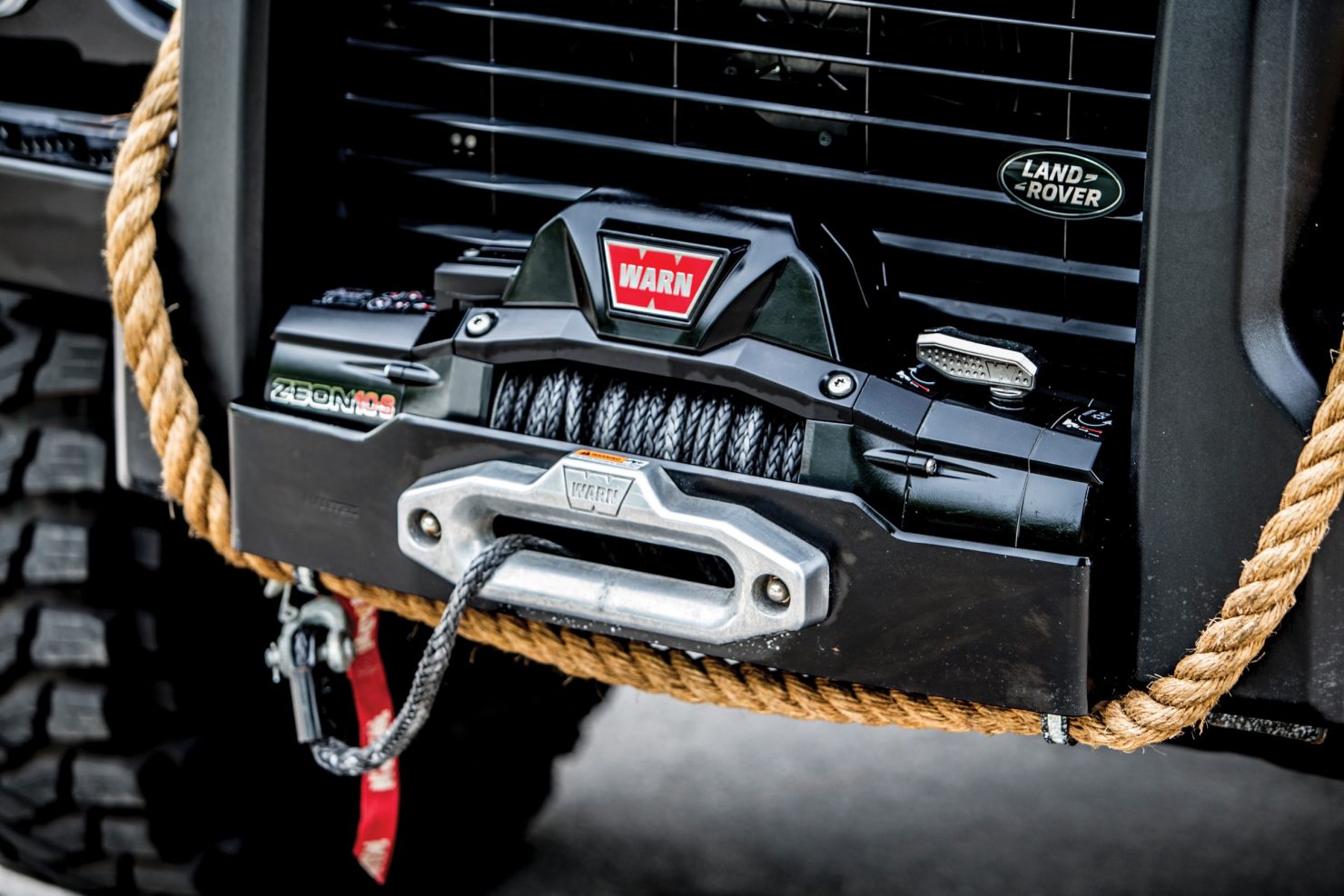 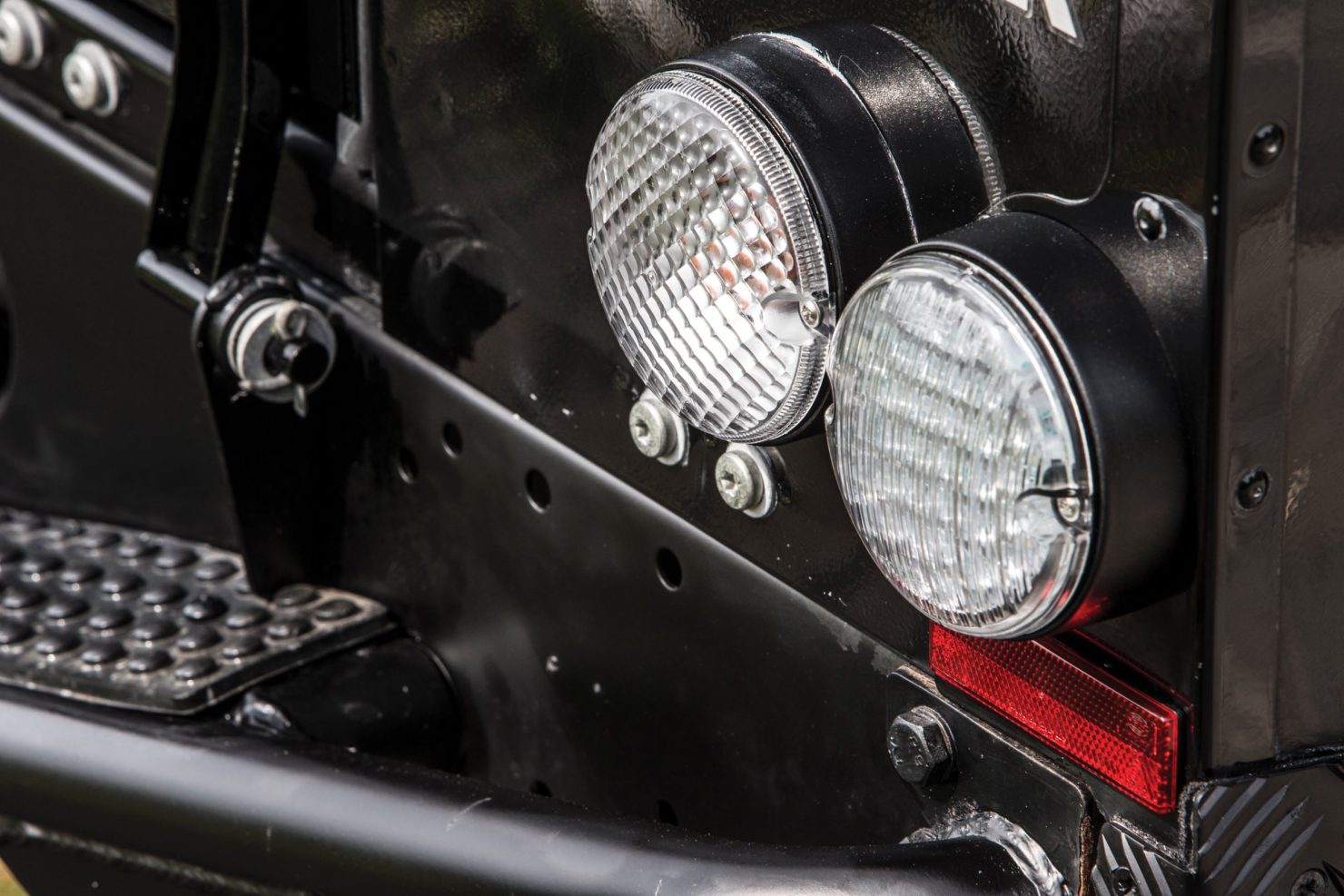 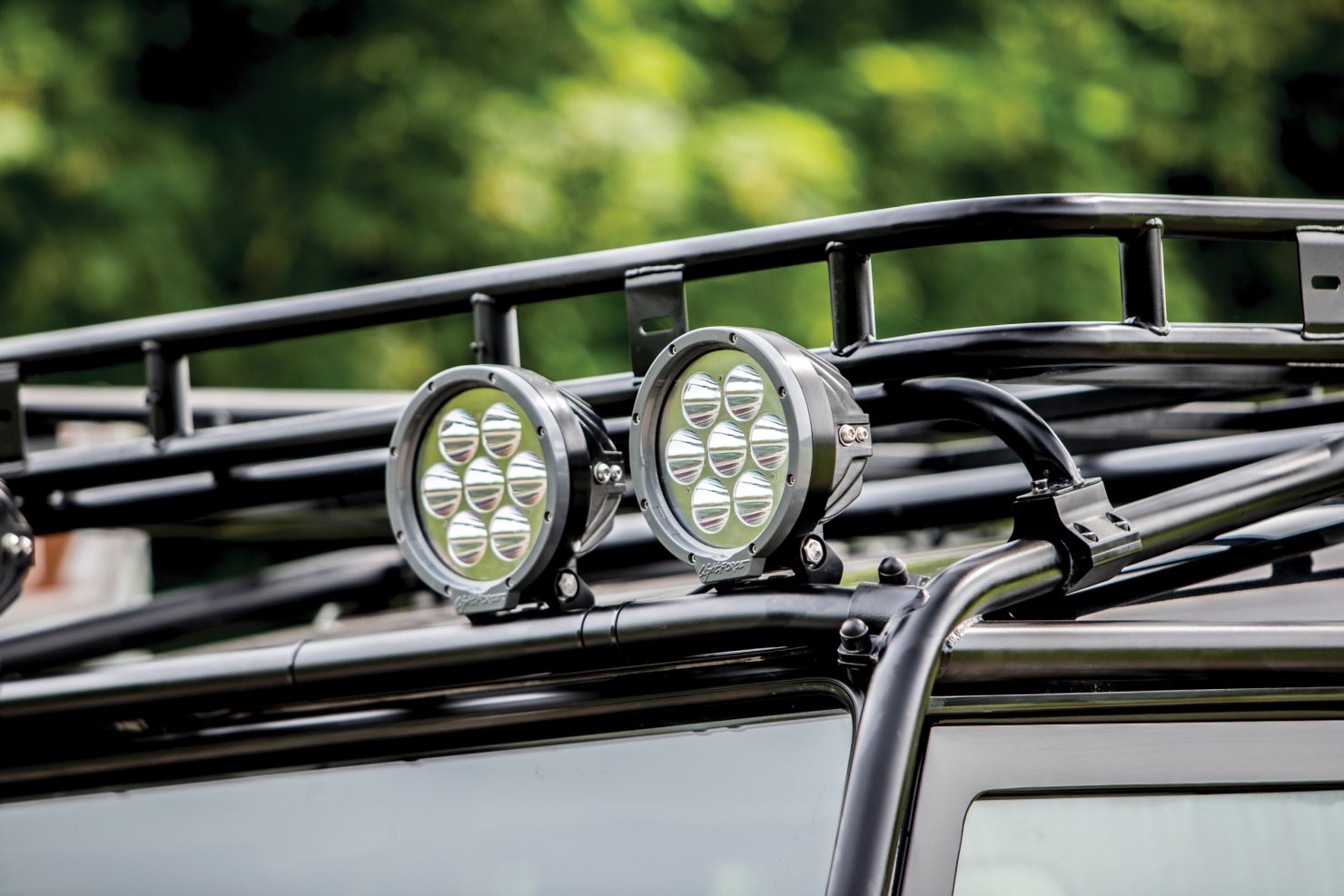 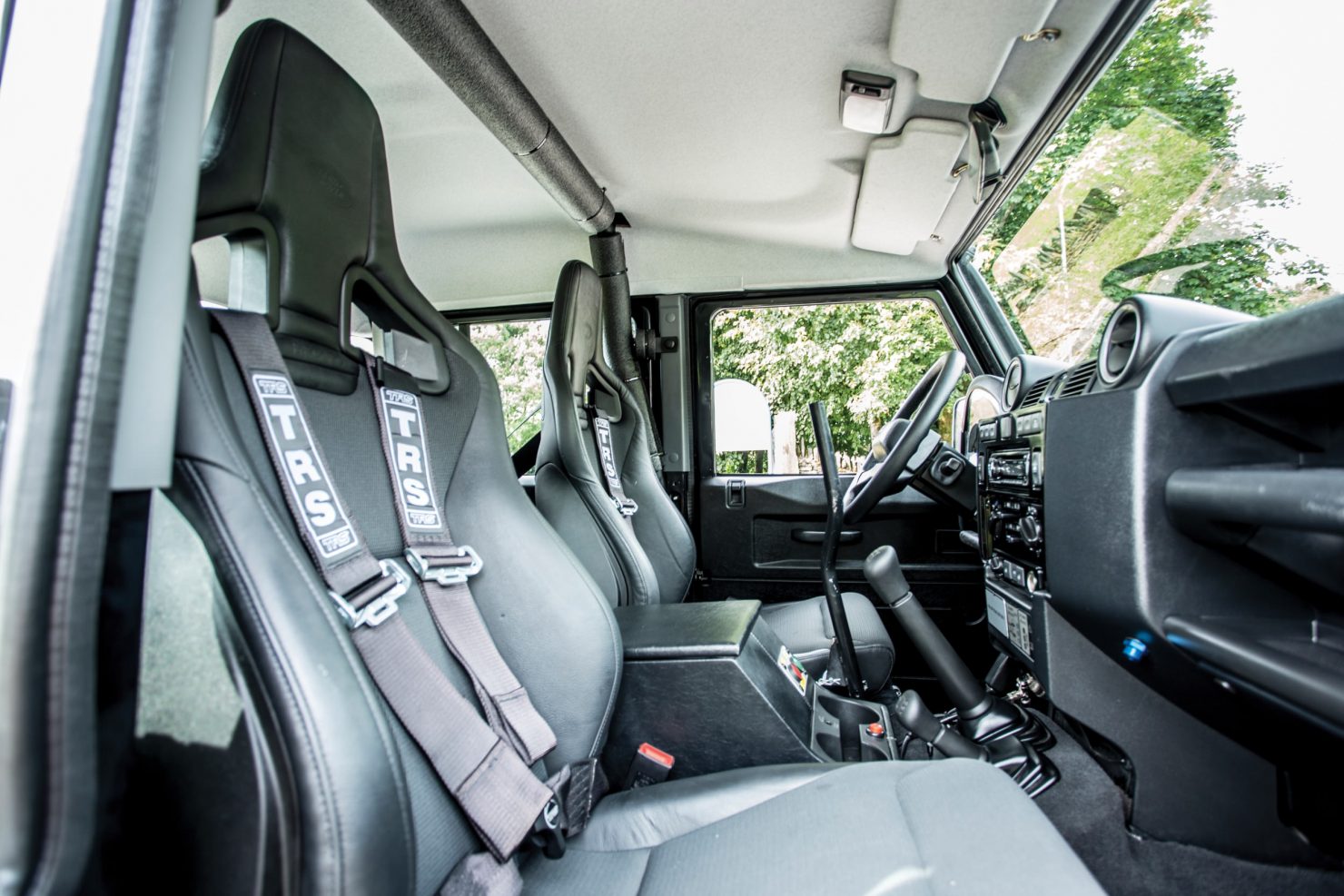 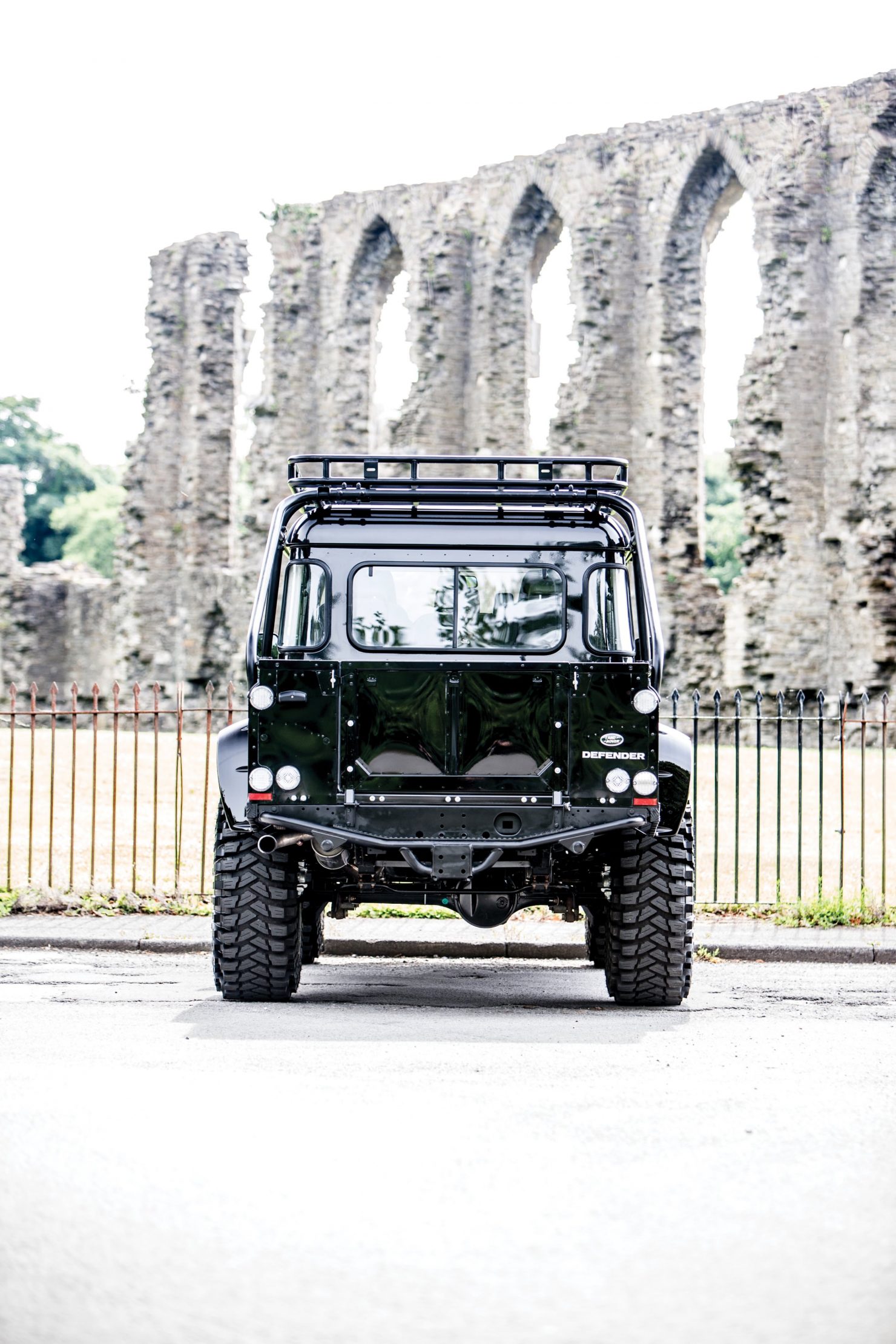 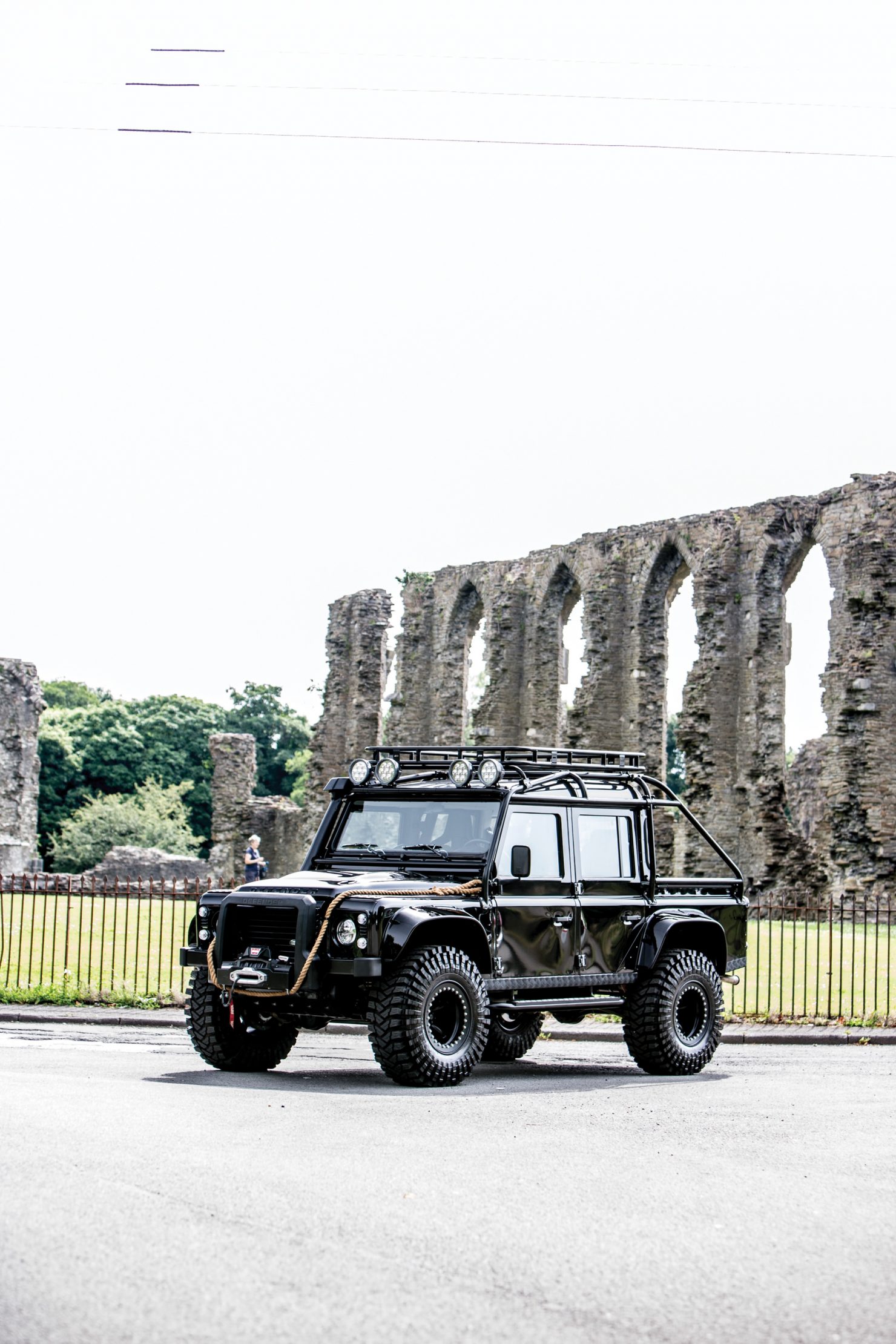 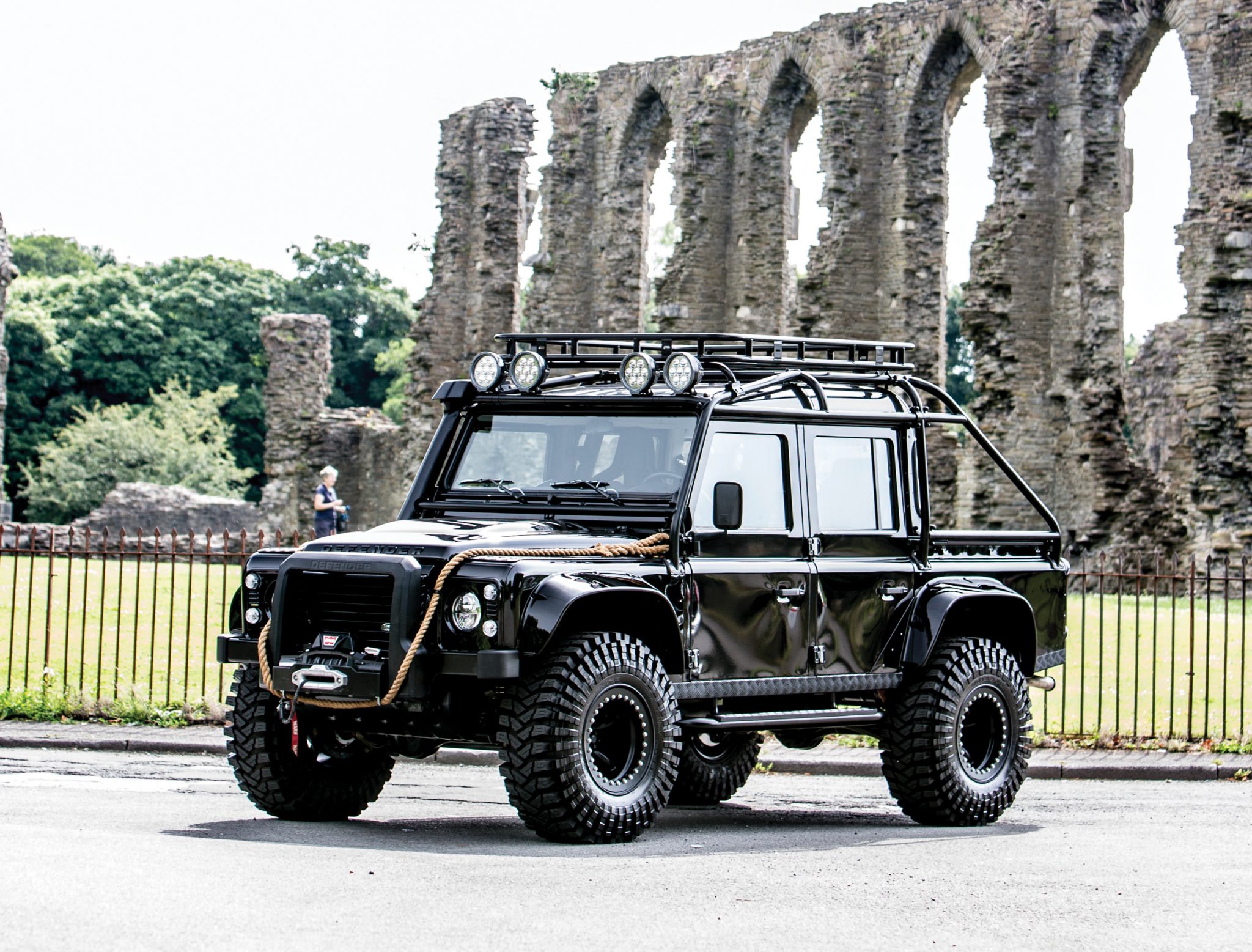