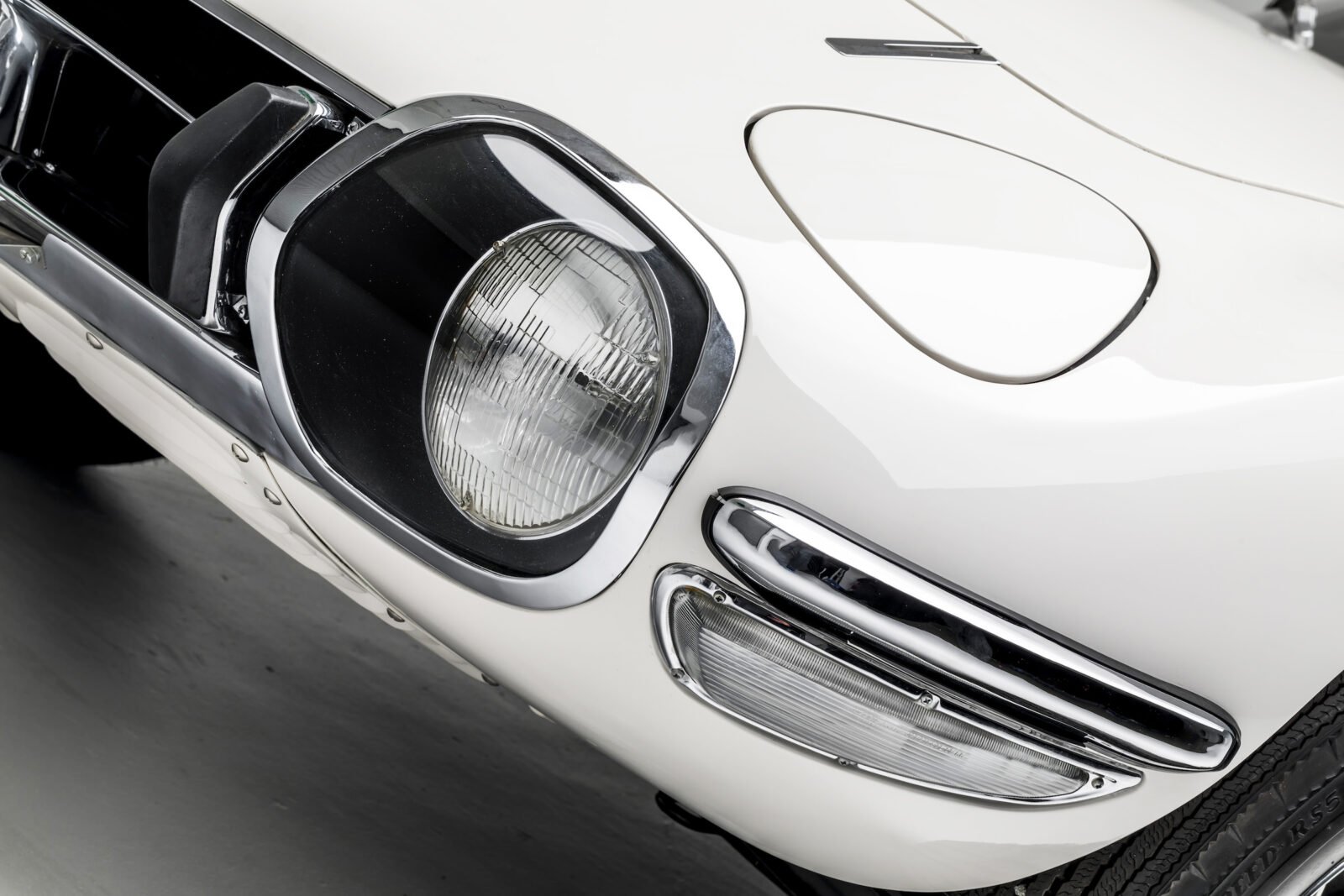 The Toyota 2000GT was actually built by Yamaha, and it was originally intended to have Nissan badges. It’s a Japanese sports car not widely known outside the classic car world, but its fame has been increasing in recent years in lock-step with its value, now making the Toyota 2000GT the most expensive and collectible Japanese car of all time.

How expensive you ask? The highest hammer price at auction was $1.2 million USD. Just a little more than your mother’s Corolla.

If all that wasn’t enough to pique your interest, the 2000GT is also a Bond car. Toyota built two special roofless roadster versions of the model for the 1967 James Bond movie You Only Live Twice, rumour has it that at 6’2″ Sean Connery couldn’t fit in the hardtop version, and a targa top version looked ridiculous because his head stuck so far above the windscreen and rear roof line.

No convertible top was made for the two specials, but tonneau covers were fitted behind the seats to give the appearance of a folding top. The car you see here is one of these two exceptionally rare roadsters, and although records from filming no longer exist, it’s highly likely that both cars got some screen time being driven by Akiko Wakabayashi. 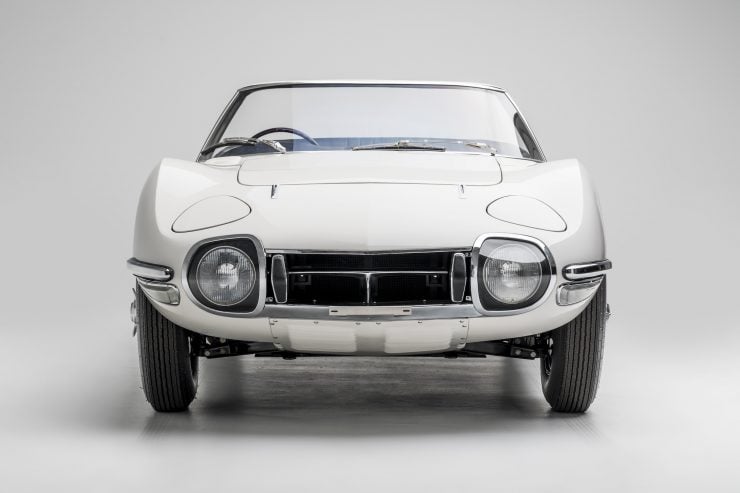 Design and Development of the Toyota 2000GT

The design work for the 2000GT was largely done by Yamaha in the mid-1960s, the plan being to develop a sports car and sell the concept to Nissan with whom Yamaha had a healthy working relationship. Much of the design work was done by German-American designer Albrecht Goertz (a protégé of Raymond Loewy), who was tasked with creating a Japanese answer to two of the most desirable sports cars in the world at the time – the Jaguar E-Type and the Porsche 911.

Nissan decided to turn down the project, though they would release their own rather similar looking sports car a few years later – the Datsun 240Z. After the rejection from Nissan, Yamaha pursued other Japanese automakers, before Toyota agreed to buy the rights.

Toyota were known for their somewhat staid and bland commuter cars, so they saw this turn-key sports car project as a way to enliven their reputation both in Japan and abroad. Toyota designer Satoru Nozaki created the final form of the 2000GT that would go to production, though it kept the underpinnings from Yamaha, and maintained the lightweight aluminium body construction.

Yamaha engineers took the inline-6 cylinder engine from the Toyota Crown sedan and developed a new twin cam head for it with overhead spark plugs, three two-barrel Solex 40 PHH carburettors, and twin three-into-one exhaust manifolds. This advanced engine is capable of 150 bhp, a top speed of 135 mph, and depending on final drive ratio it could manage fuel economy in the 31 mpg range.

Power is sent back to the rear wheels through a 5-speed gearbox and a limited slip differential, and unusually for the time the 2000GT was fitted with power-assisted disc brakes on all four corners – a first for a Japanese automaker. 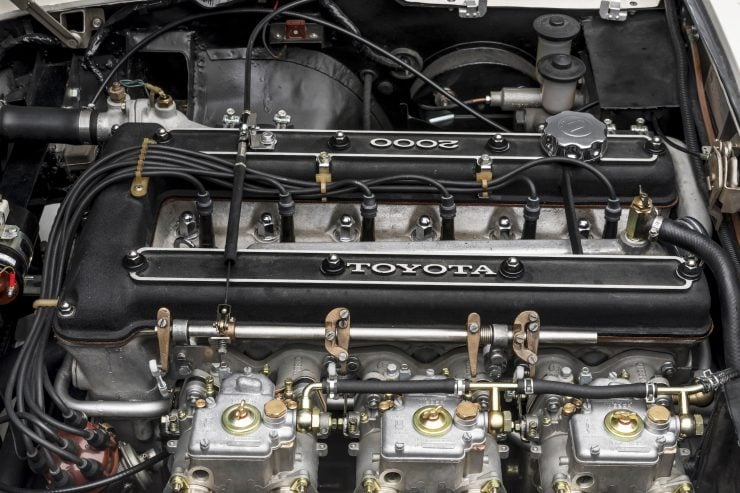 Due to the amount of low volume parts and careful hand assembly required for the car, it proved very expensive to build. Toyota is rumoured to have lost money on each one it sold, despite the relatively high MSRP at $6,800 USD. By way of comparison, brand new Jaguar E-Type (XKE) could be had for $5,580, and you could take home a new Porsche 911 for $6,490.

Unsurprisingly, not many of them sold. Just 351 were taken home by buyers worldwide, with approximately 60 sold in the USA. Funnily enough and despite Toyota’s reputation at the time for building cheap, reliable rust buckets, the Toyota 2000GT made the best financial investment by far when compared to the E-Type and 911.

More than one person thought the 2000GT would make an excellent race car. A modified example came 3rd at the 1966 Japanese Grand Prix and another won the gruelling Fuji 1000 Kilometres race in 1967.

On the other side of the Pacific Carroll Shelby picked up three 2000GTs and prepared them for competition in the 1968 SCCA production car races competing in the CP category. Two of the cars raced and one remained as a spare, the cars performed well and proved highly reliable. At the end of the season two of the cars were sold in the USA and one was taken back to Japan by Toyota.

The car you see here is one of the most collectible 2000GTs in existence, just two roadsters were ever made, both for the 007 film You Only Live Twice. It’s hard to know exactly what it would fetch on the open market – but it’s a moot point as it’s not for sale and it’s unlikely that its current owner will part with it any time soon. 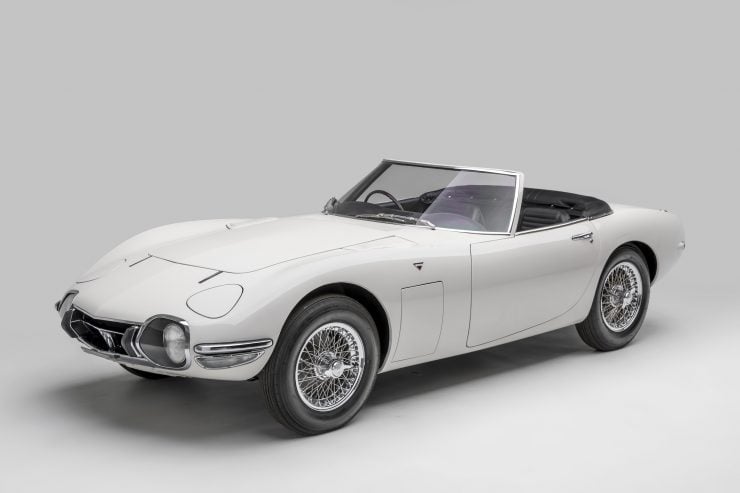 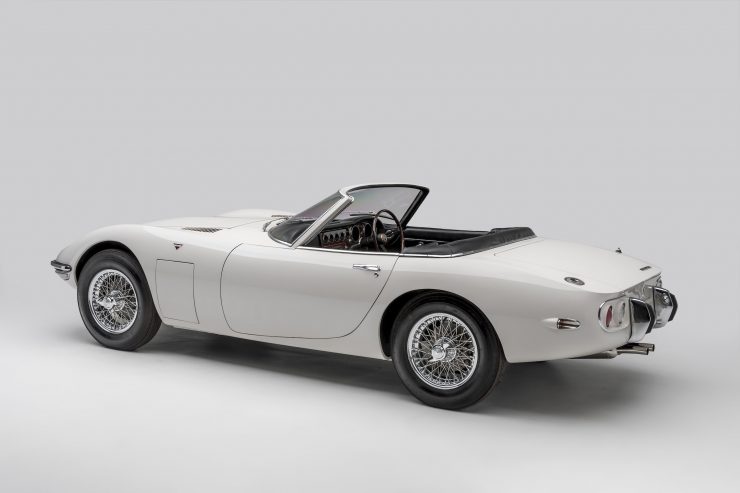 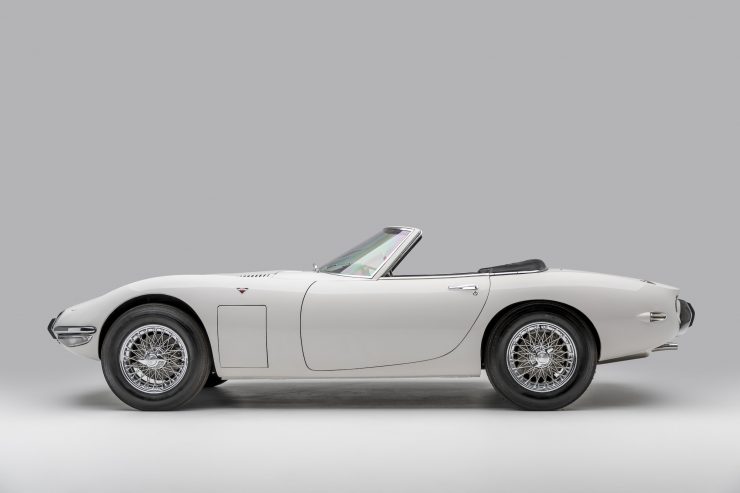 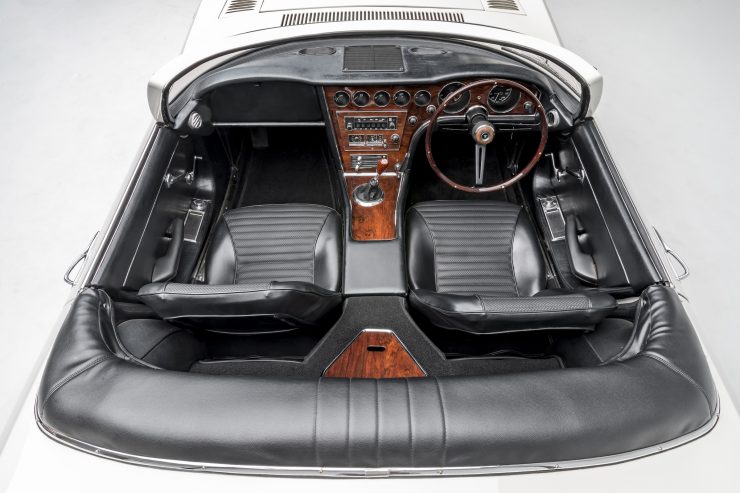 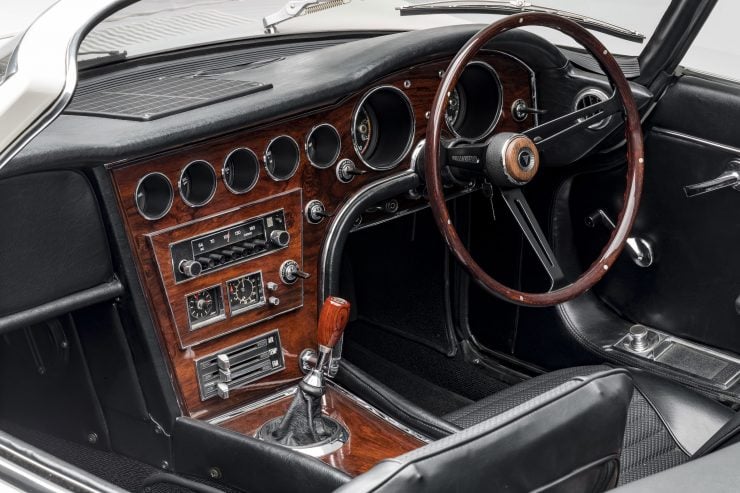 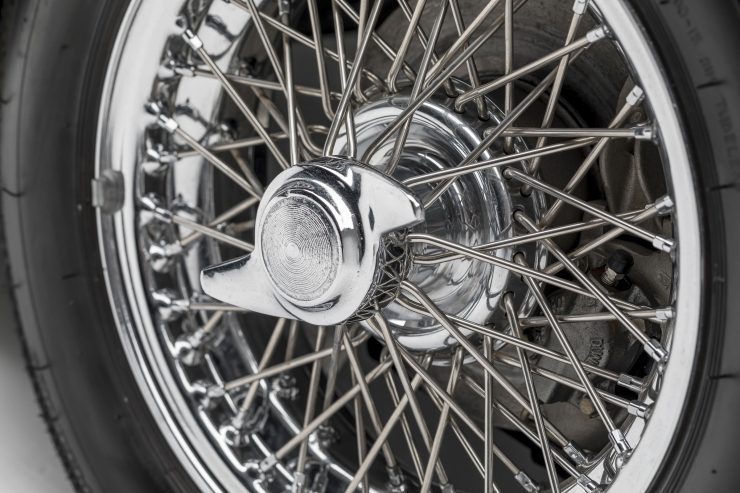 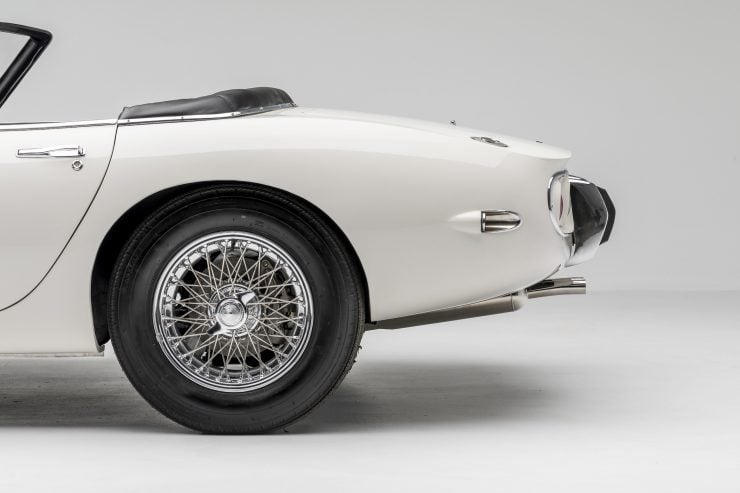 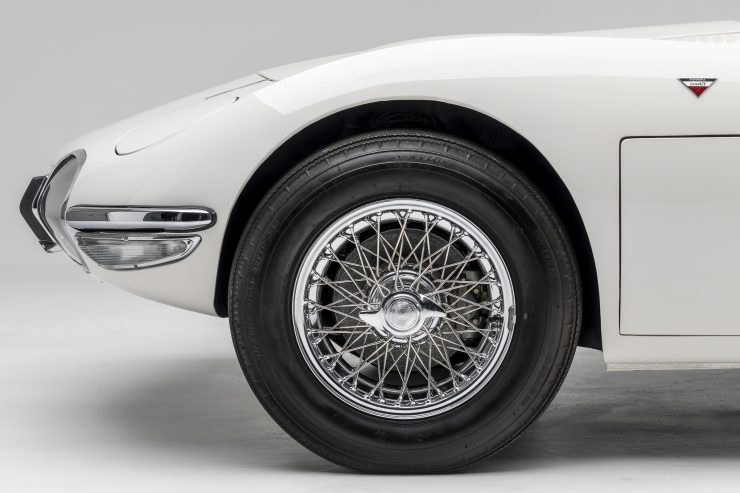 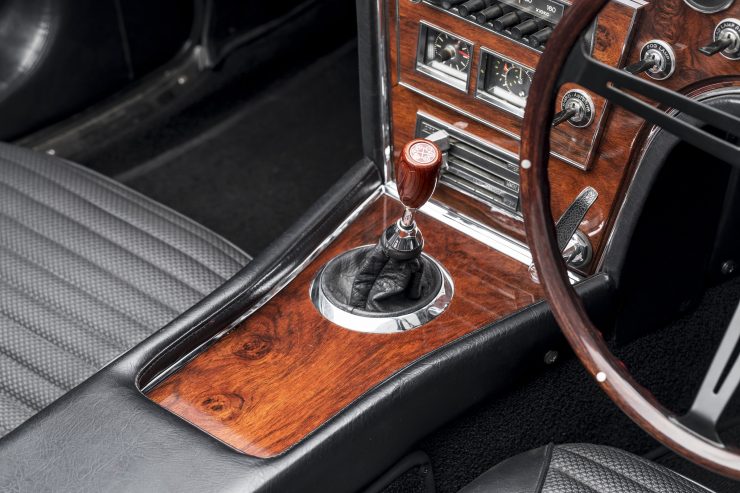 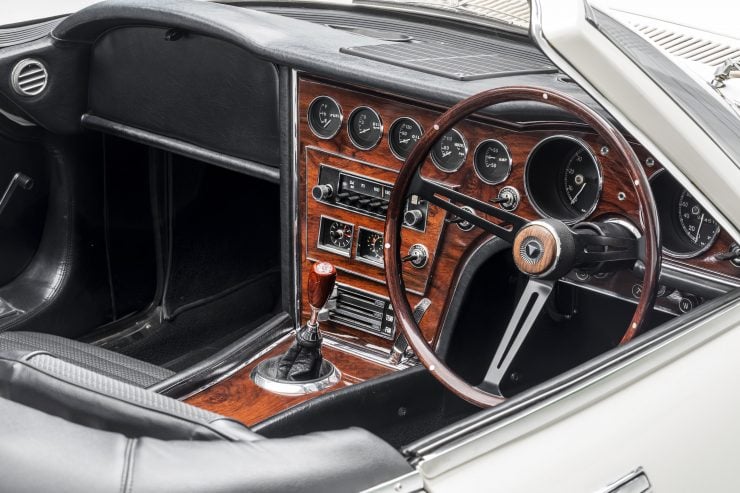 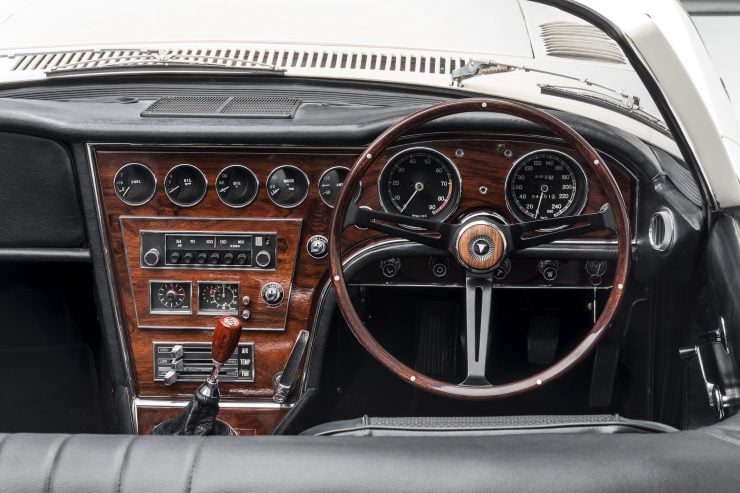 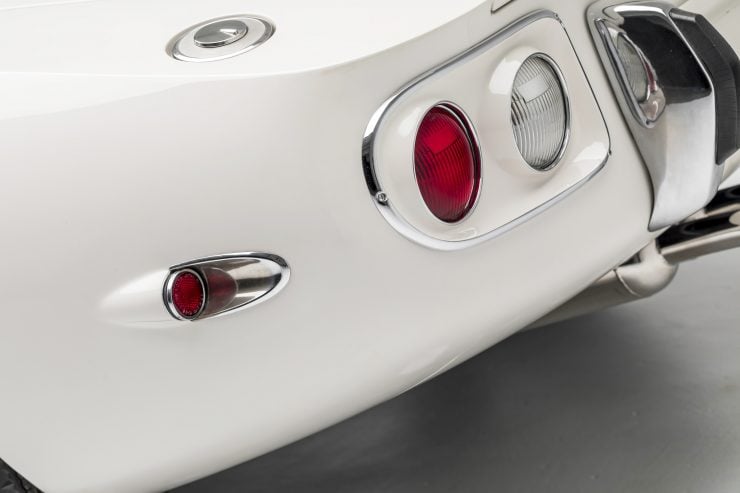 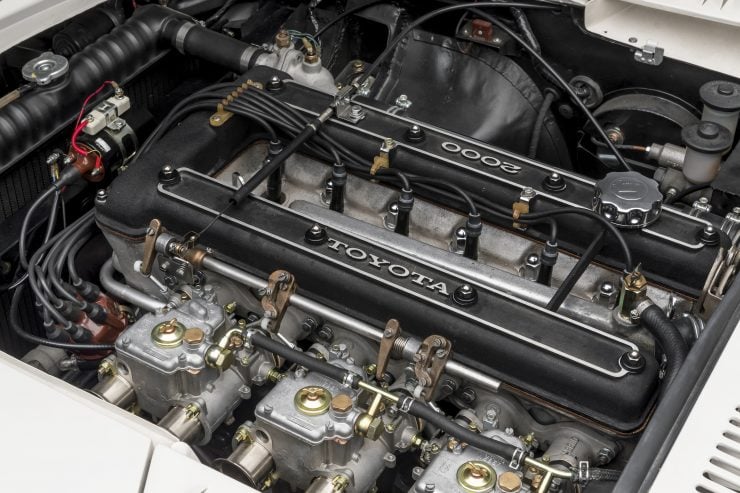 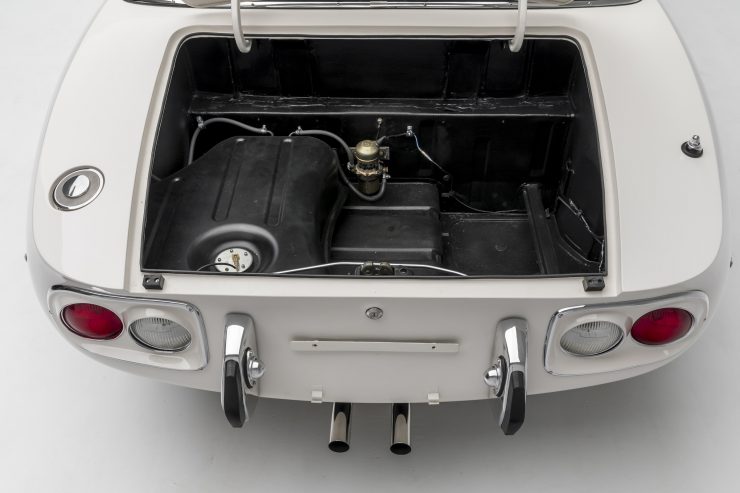 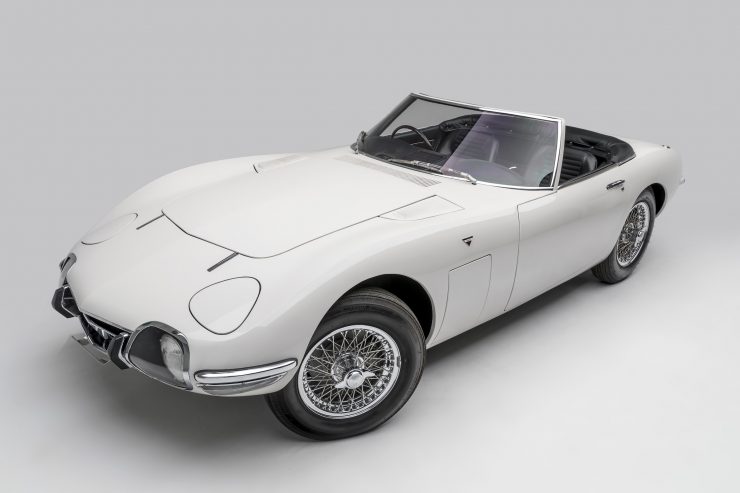 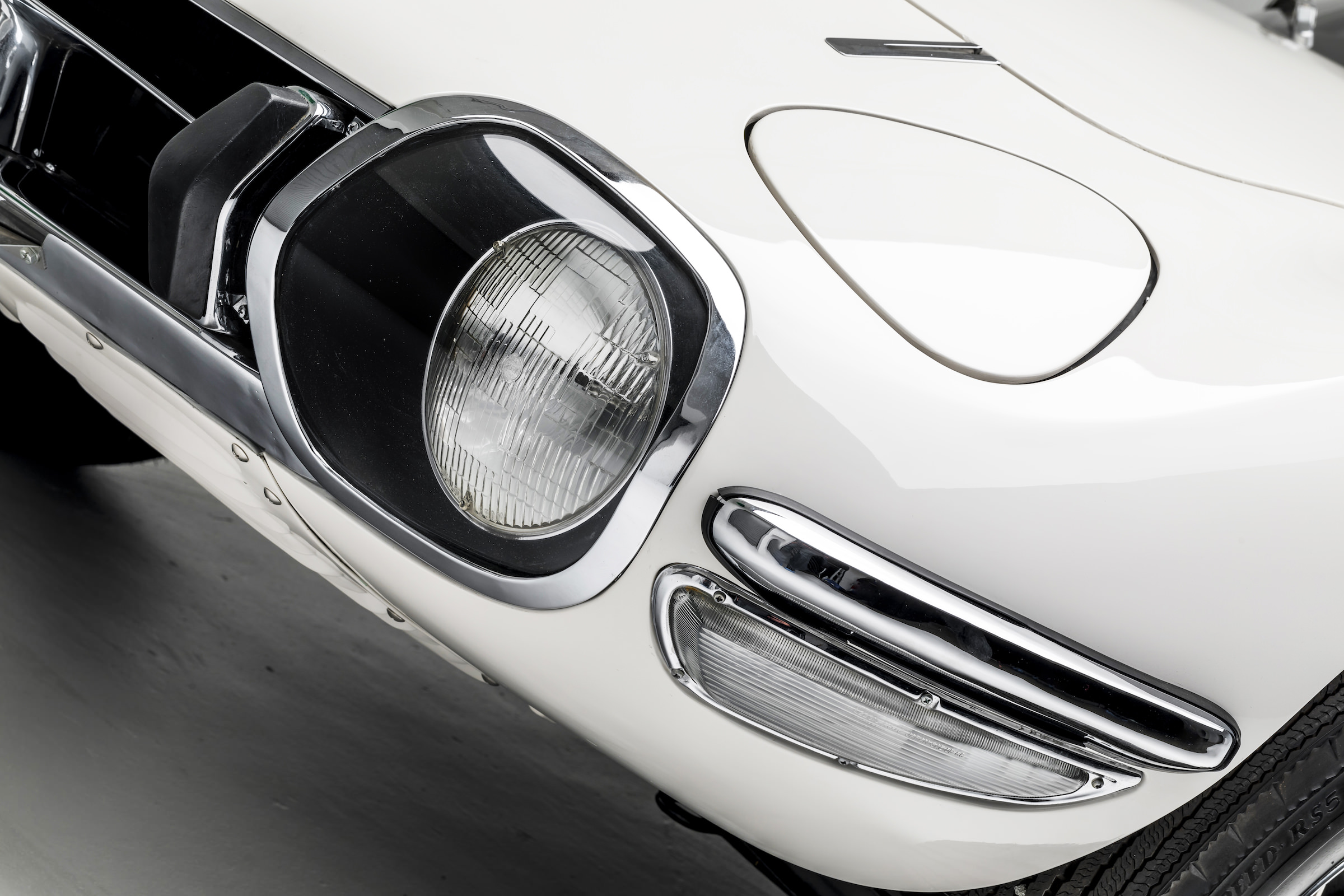 This Datsun 240Z has been completely rebuilt to compete in vintage motorsport events, and thanks to the remarkable racing successes of the 240Z in…

This is undoubtably one of the most unusual vehicles we’ve ever featured on Silodrome, and it’s going to ruffle a lot of feathers. What…