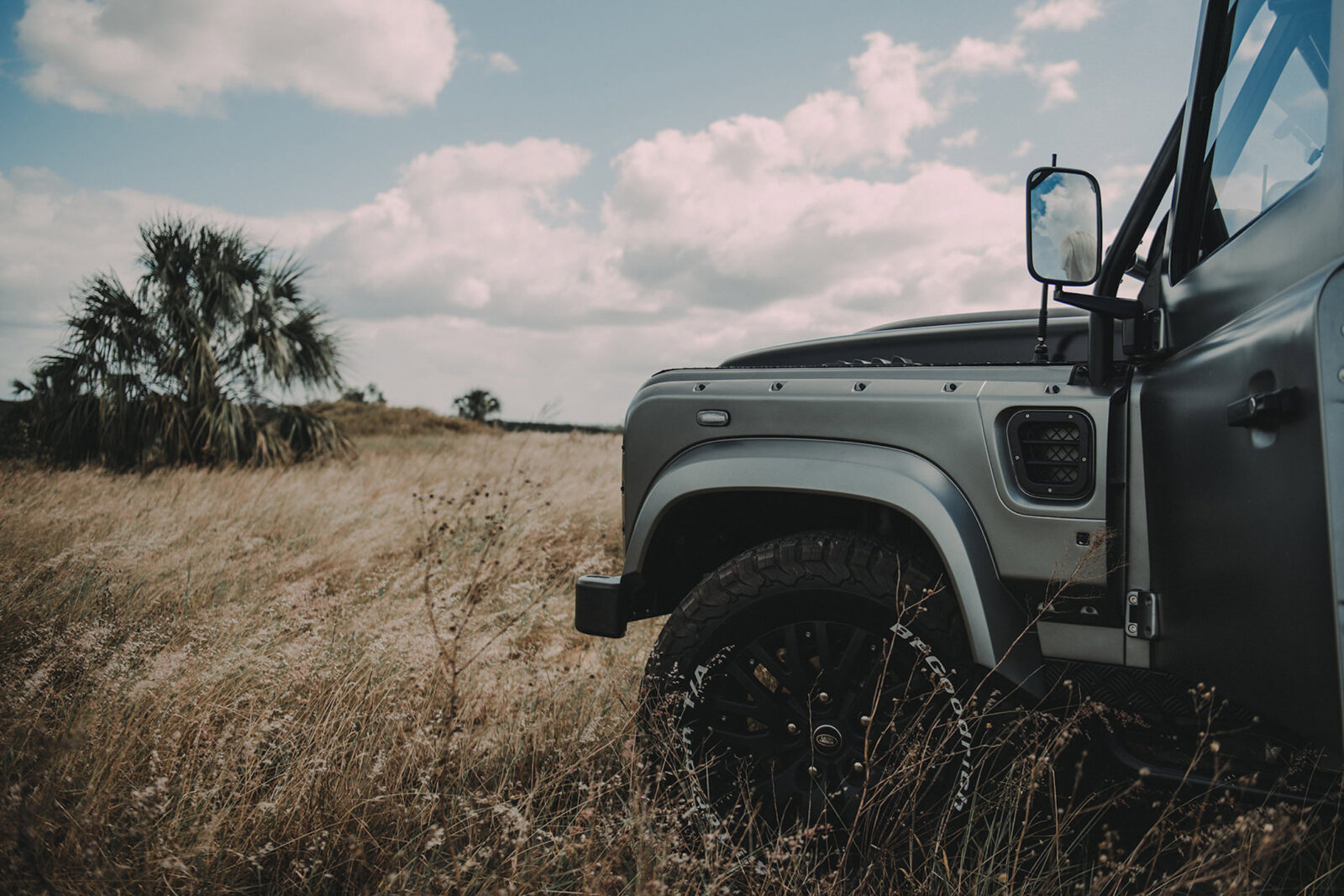 During the rebuild the body was fitted with a Kahn wide body kit to accommodate the new 18” Boost/Kahn black alloy wheels with BF Goodrich All-Terrain tires. The LS3 is fitted with a stainless steel Borla performance exhaust, and up front there’s a new alloy radiator with an electric fan – the stock radiator would never have been able to keep up with the new engine.

Inside the cabin, the original seats have been swapped out for a set of All-America Series Performance seats, paired with black procure headliner, and a new suede Puma dash. The dials were replaced by All American series classic gauges, and new LED lighting was added throughout.

A full external roll cage was bolted into place for any potential mishaps off road, and a new steel bumper was added up front with LED lights and a Warn winch for rescuing bogged Toyotas.

For added convenience when out on the road, the team at East Coast Defender have fitted an Amazon Echo unit with wifi, and there’s seating for 6 adults – two in the front and four in the back. If you’d like to see more from the talented folks at ECD you can click here to visit their website. 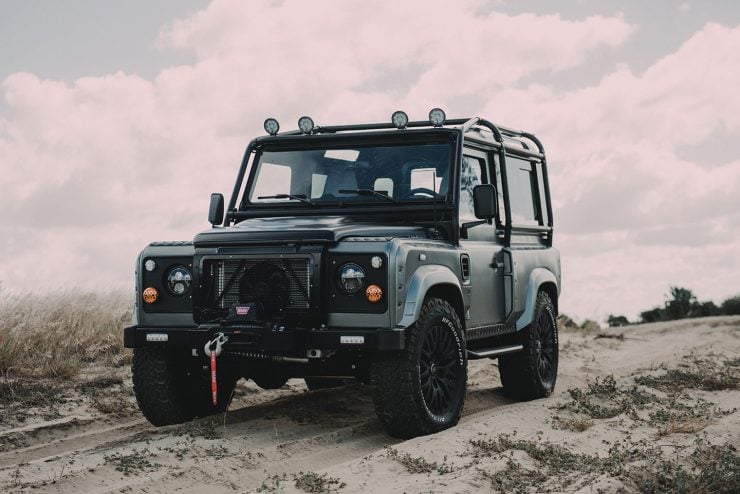 East Coast Defender is one of the pre-eminent Land Rover customizers in the United States, the company has 29 full-time employees and is made up of a mixture of Brits and Americans. They’re based in Kissimmee, Florida, and they’ve built a significant number of bespoke Defenders – all of which are quicker and more luxurious than any examples that left the Land Rover factory.

A Brief History of the Land Rover Defender

The Land Rover Defender that has been turned into the Project Millennium Falcon is of course very far removed from Rover designer Maurice Wilks first idea of what the Land Rover would be. That being said it is remarkably close to his original design that became the Land Rover Series I and developed into the Series II and Series III. By the time the Series III was being made during the 1970’s Land Rover were rapidly losing market share to the Toyota Land Cruiser. The Land Cruiser had strengths that the Land Rover did not have. The Land Cruiser could comfortably sit on 60mph on the highway and, in addition to being very off-road capable, it developed an enviable reputation for reliability. The Land Rover did not have the engines it needed, nor did it have the stability. Rover were aware that they either needed a new improved model that could compete with the Land Cruiser, or they would be departing the four wheel drive business and leaving the market to the Japanese.

Rover already had an excellent V8 engine and constant four wheel drive transmission they were using in their upmarket Range Rover. For 1979 Rover installed a de-tuned version of that V8 engine complete with the Range Rover transmission with centre lock-differential in a Series III Land Rover which they called the Stage I V8. The concept proved itself and so Rover’s engineers got to work on a new Land Rover model that they hoped would be a Land Cruiser killer.

To give the Land Rover stability the engineers fitted wider track axles, and dispensed with the old leaf spring suspension replacing it with a more advanced coil spring system. The brakes were improved and the bodywork widened by the simple expedient of fitting wider wheel arch extensions that gave the Land Rover a purposeful sporting look it had never had before. The chassis and body construction remained the same, the vehicle having a chassis remarkably similar to the Series II and III with the “Birmabright” aluminium body panels attached to a steel frame with steel bulkhead.

Changes to the body were quite subtle, but included a higher one-piece windscreen. The new vehicle was introduced in 1983 in long wheelbase and was called the Land Rover One Ten. The following year the short wheelbase Land Rover Ninety was added. Both vehicles featured improved comfort and sound proofing and were significantly more capable than their Series II and III predecessors.

The Defender remained in production largely unchanged until 2016. The world awaits its successor with baited breath. 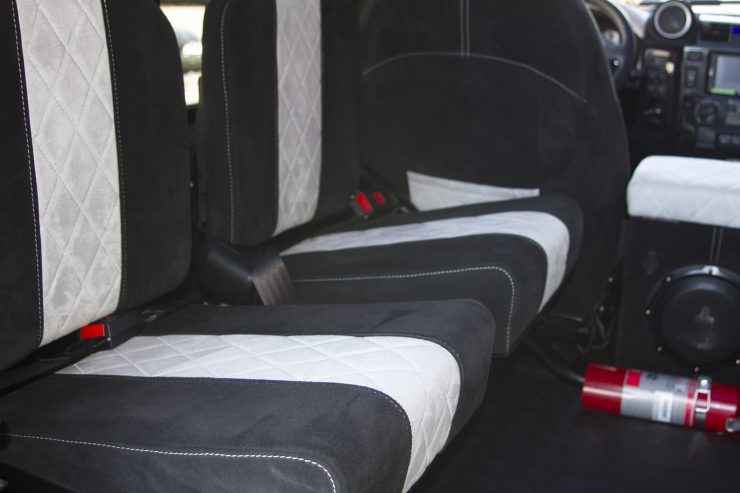 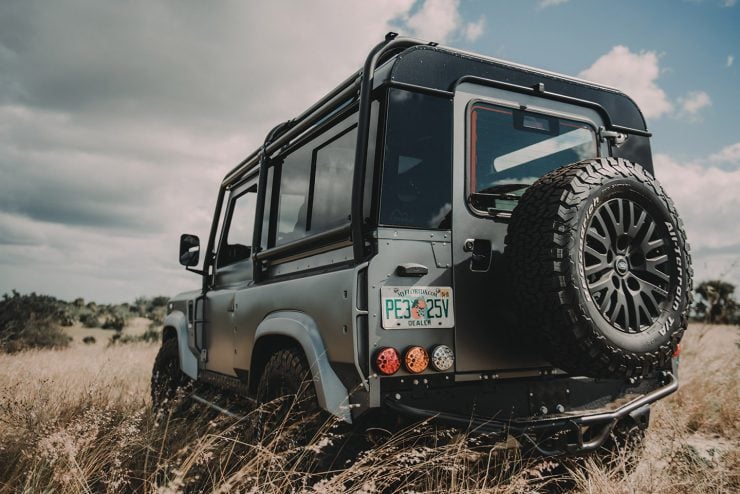 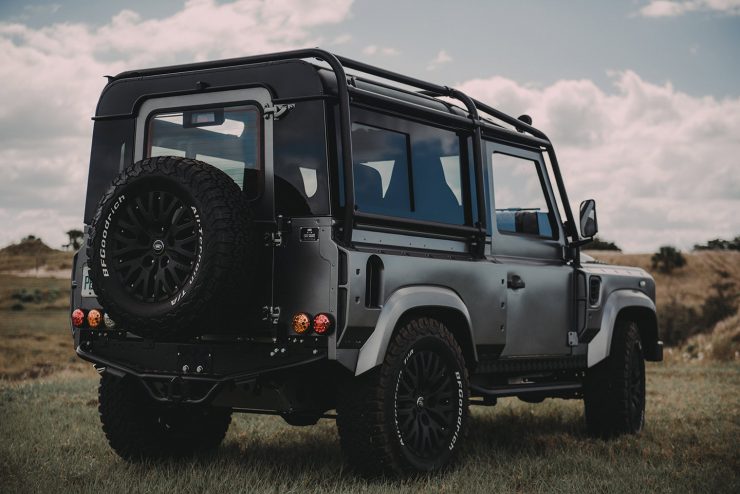 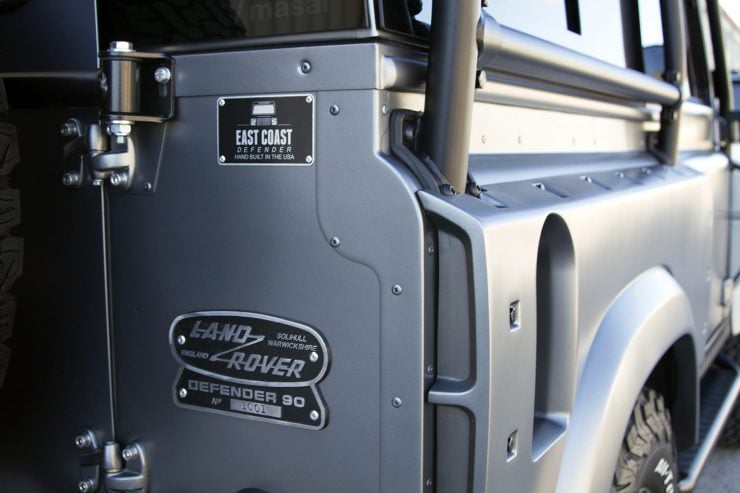 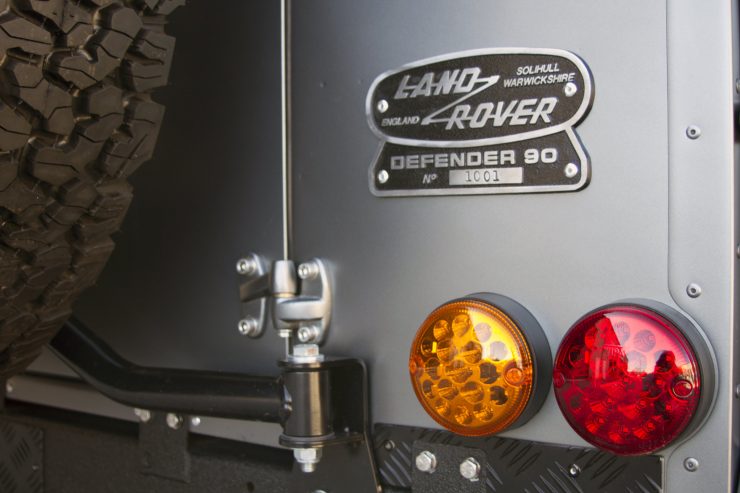 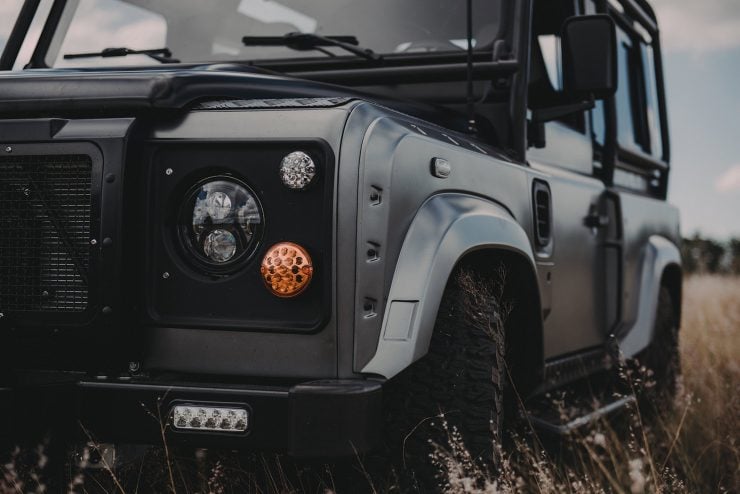 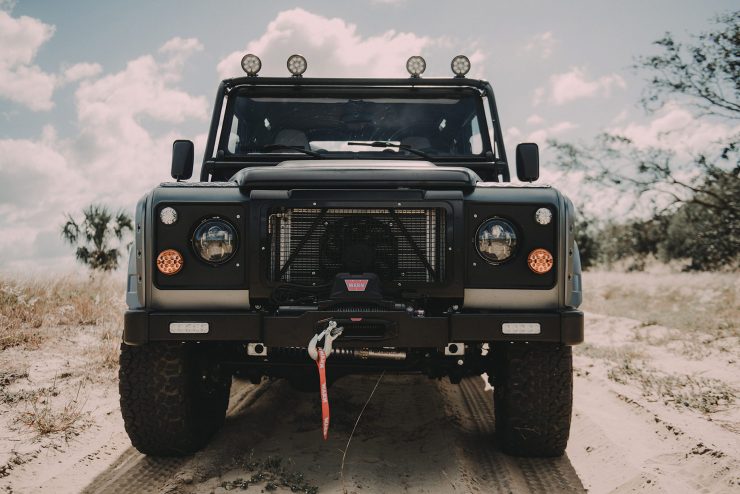 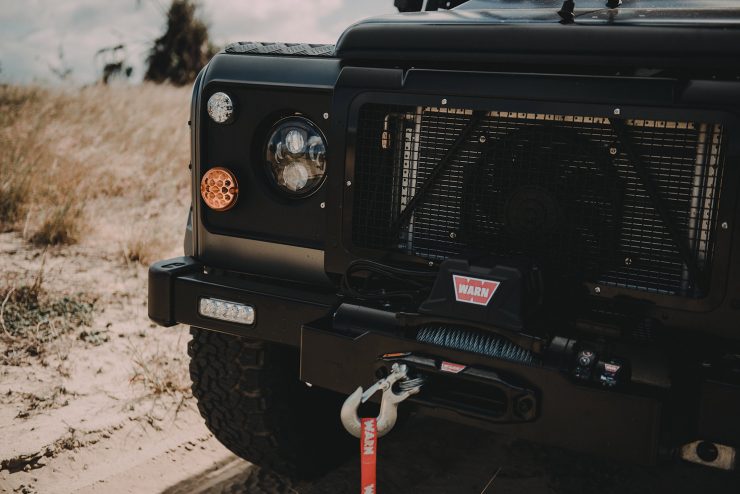 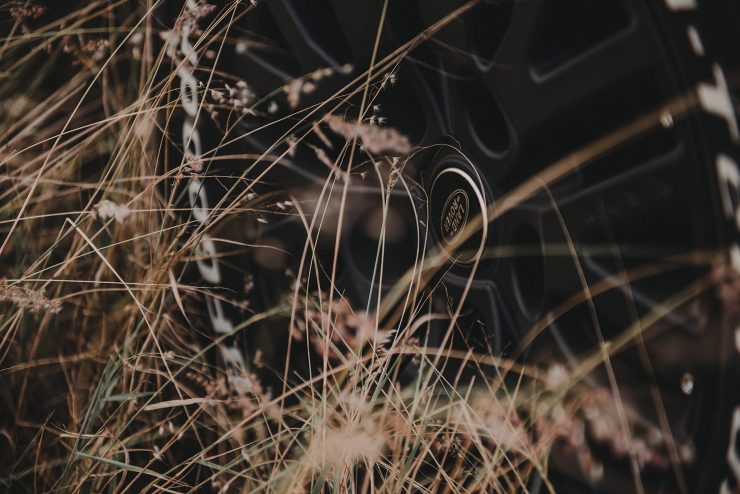 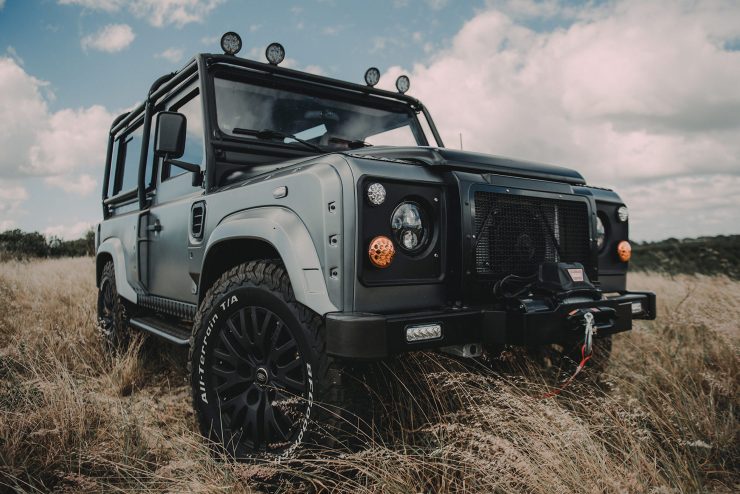 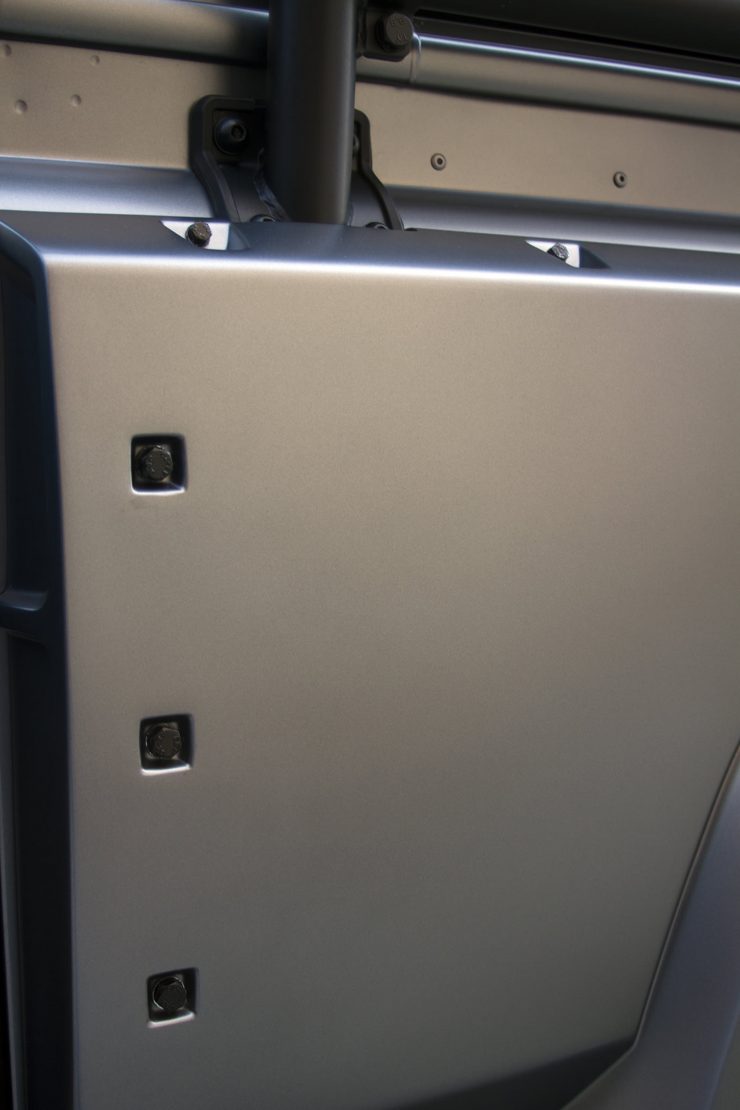 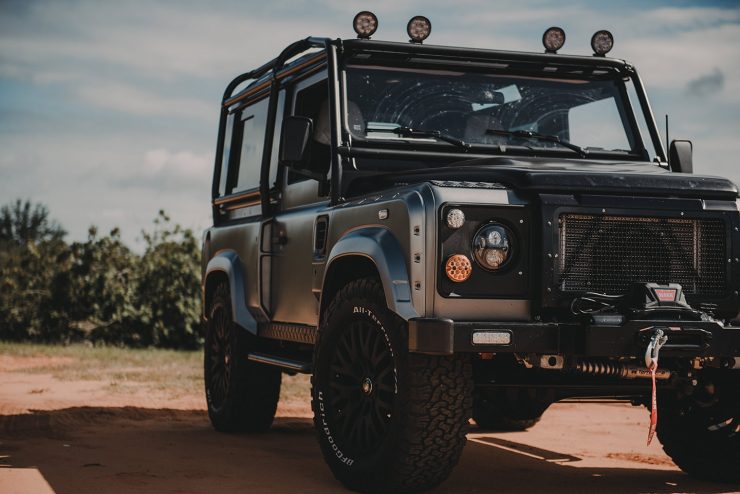 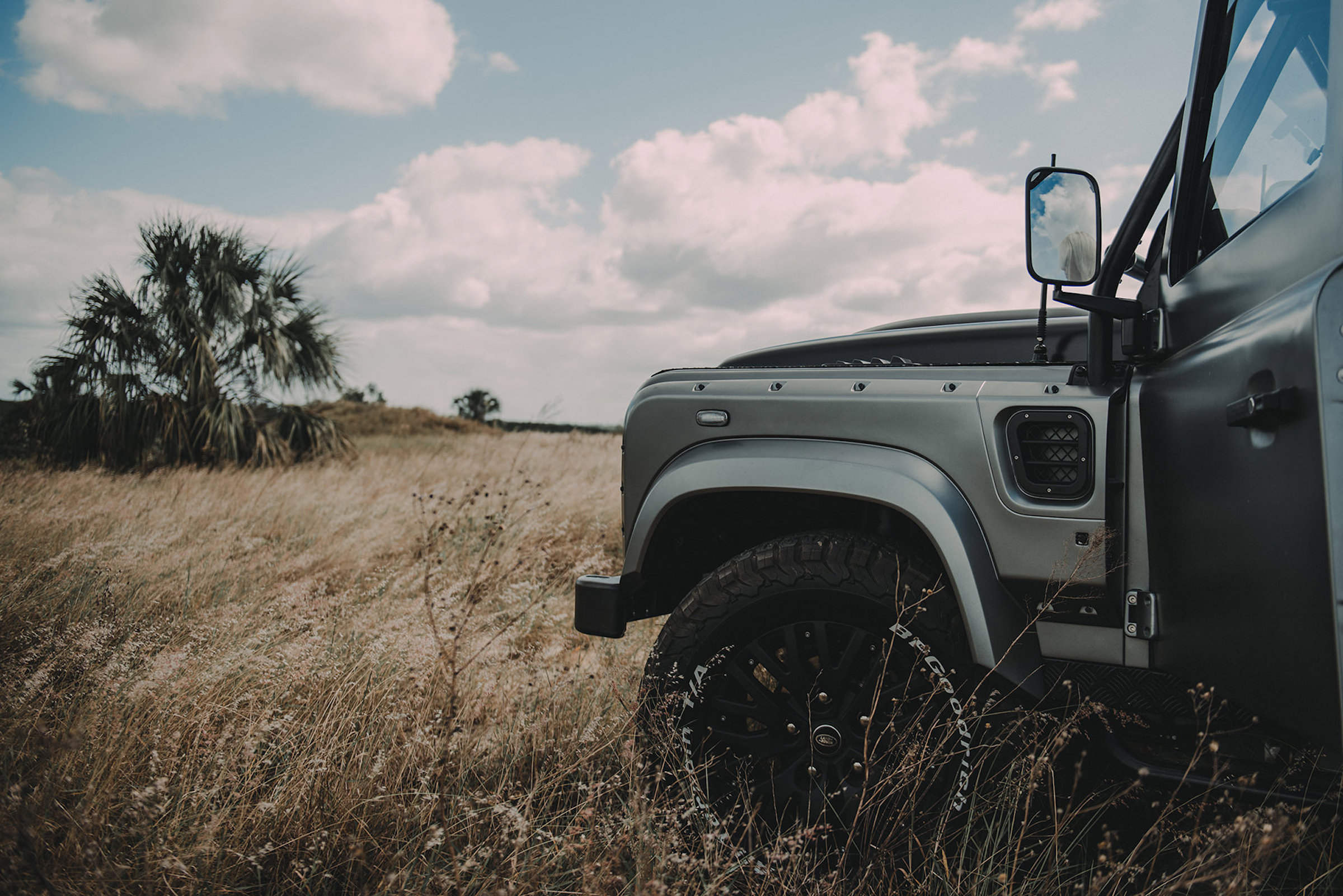