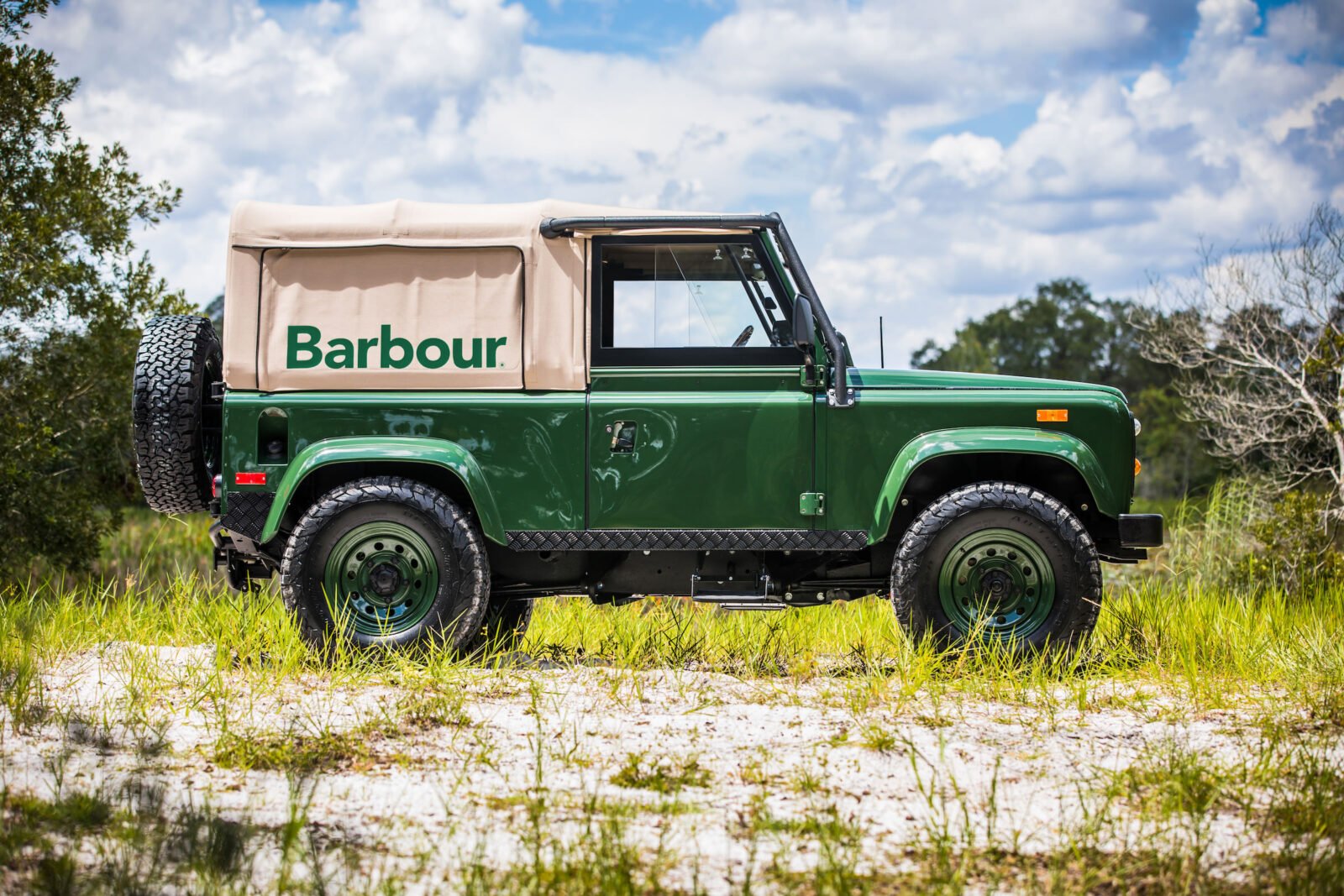 East Coast Defender is one of the pre-eminent Land Rover customizers in the United States, the company has 29 full-time employees and is made up of a mixture of Brits and Americans. They’re based in Kissimmee, Florida, and they’ve built a significant number of bespoke Defenders – all of which are quicker and more luxurious than any examples that left the Land Rover factory.

The soft top Defender you see here is their most recent creation, it’s called “Project Barbour” as it was built with significant input from the team at 123 year old British outfitter Barbour – to celebrate their Land Rover Defender Collection that’ll be sold in the USA by Orvis.

The build started with a strip down and an inspection of parts. It was decided to use an original (rebuilt) Rover V8 to keep the British heritage in place, the engine is mated to a 5-speed manual transmission, and it rides on 16-inch Wolf Steel wheels fitted with BFGoodrich All Terrain tires.

LED lighting has been installed throughout as it offers more light for less amps, there’s a roll cage over the front cabin area for added safety in the event of a mishap off-road, and the soft top is a new unit from Rovers North.

The interior has been re-fitted with a MOMO Indy steering wheel, a centre console mounted Kenwood stereo system with Infinity speakers, and the seats have been trimmed in saddle leather with Barbour tartan centres.

If you’d like to read more about the Defender or see the cities and dates for it’s tour around the USA you can click here to visit Orvis. 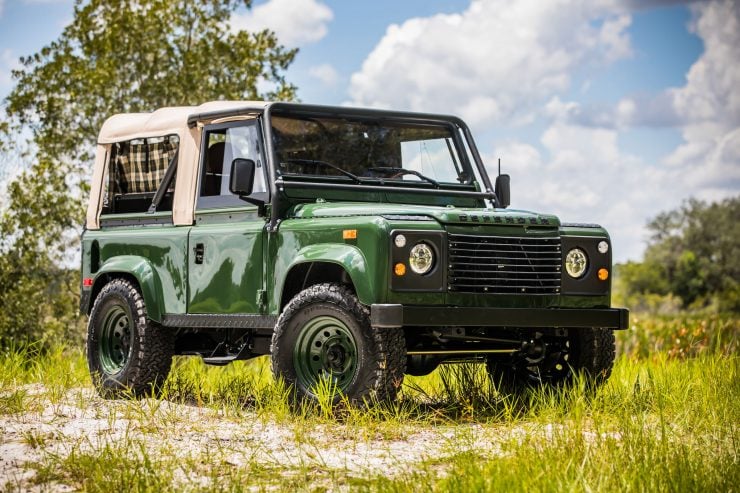 A BRIEF HISTORY OF THE LAND ROVER DEFENDER

The Land Rover Defender was the most significant development of the Land Rover since its introduction in 1947. By the 1970’s Land Rover had been rapidly losing market share, especially to the Toyota Land Cruiser, in much the same way that British motorcycle makers had been losing against the Japanese bikes. Faced with the need to either compete or lose Rover decided to compete, in part so as not to lose the commercial market, but also so as not to lose the military, government and commercial contract sales.

The process of developing a new Land Rover began with the fitting of the Range Rover V8 engine and constant four wheel drive transmission into an otherwise little modified Land Rover Series III. This model made its appearance on showroom floors in 1979 and it served as a proof of concept, to test the market, and the viability of such a new model.

The Rover engineers got busy with design ideas: the plan was to keep the new vehicle as similar as possible to the older, and much respected model, but to introduce improvements that would make the new Land Rover a better, and more attractive vehicle than the Toyota Land Cruiser. To this end the new Land Rover was fitted with wider axles to give the vehicle more stability, and the old leaf spring suspension was done away with and replaced with a more advanced coil spring suspension, further improving the vehicle’s handling both off road and on.

The body of the Land Rover was subjected to minimal and quite subtle modernization. To accommodate the wider track the wheel arches were extended giving the Land Rover a sporting look it hadn’t possessed before. The windscreen was made one piece and a bit higher, improving visibility and head room. The construction of the vehicle remained the same however, using British “Birmabright” aluminium alloy body panels on a steel frame with steel bulkhead.

The V8 engine used for the new vehicle it was a thirsty unit and so Rover decided to also continue to offer the original 2.25 litre petrol and diesel engines also, albeit mated to the constant four wheel drive Range Rover type transmission.

The Land Rover Defender remained in production until 2016. We are told there is a successor in the pipeline and we look forward to seeing it when it emerges. Will the new model truly be a “Cairo to the Cape” capable vehicle like its predecessors? Time will tell. 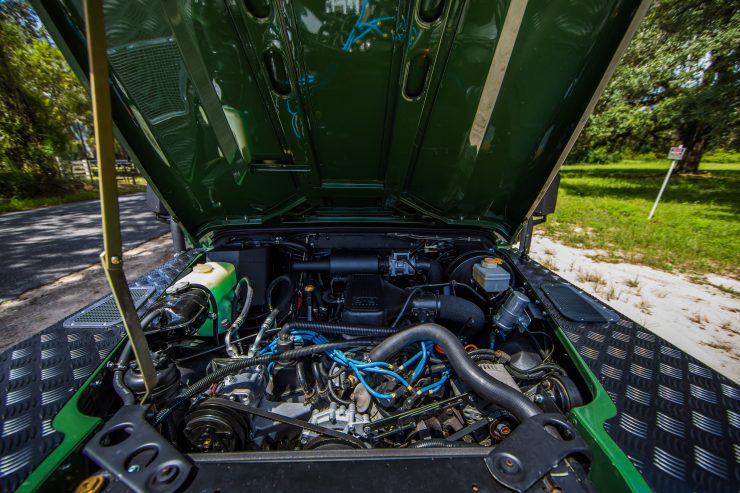 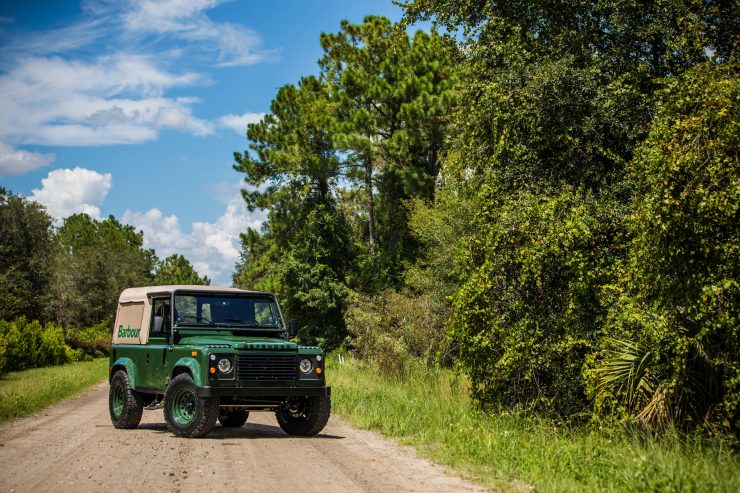 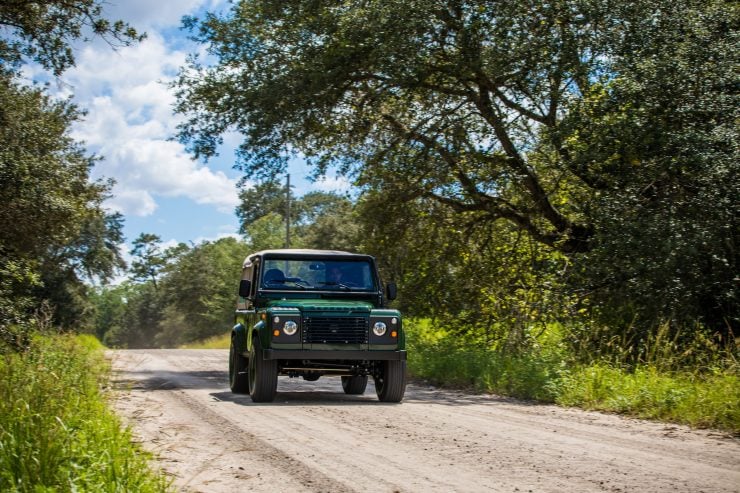 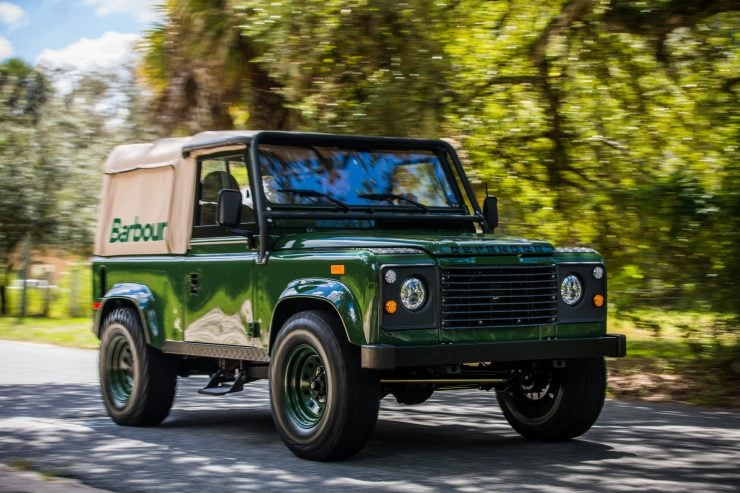 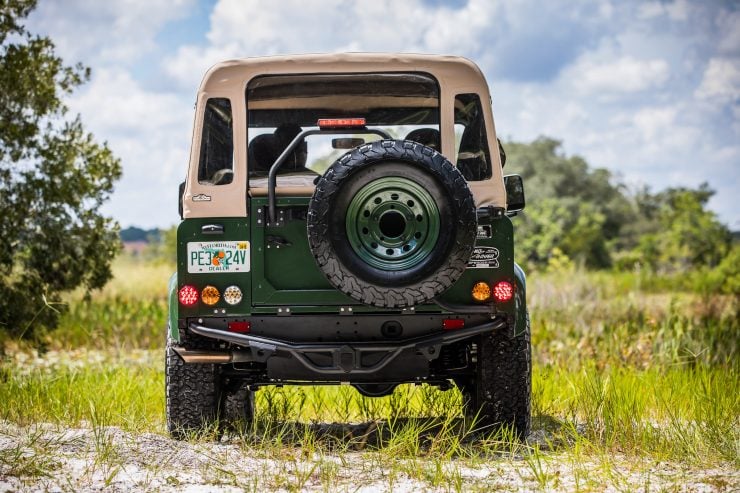 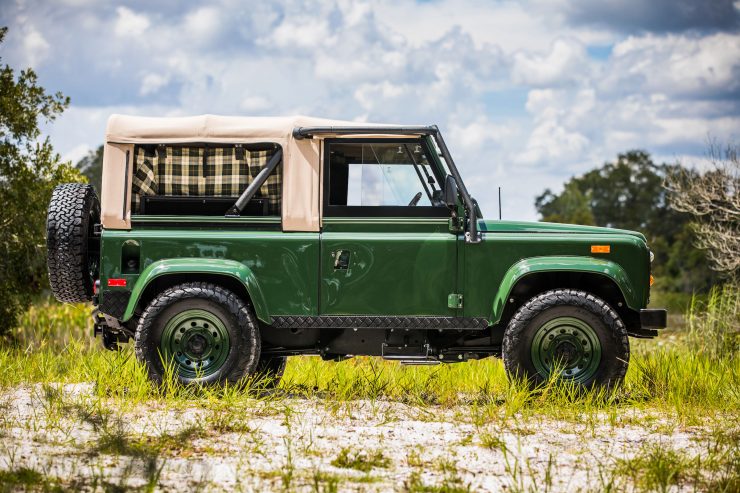 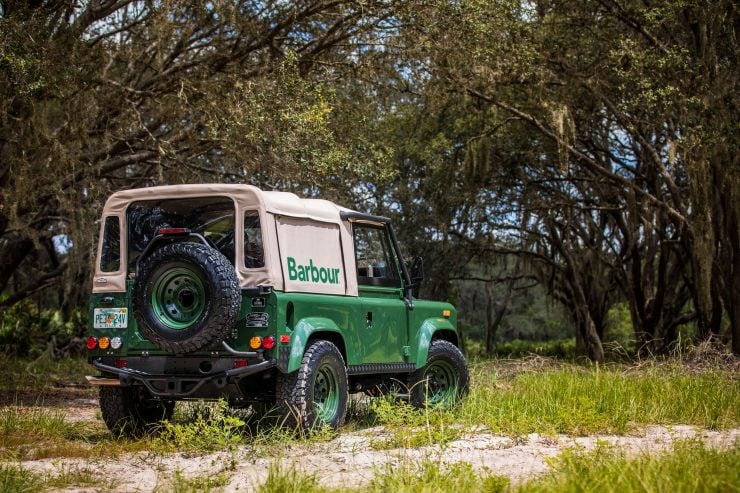 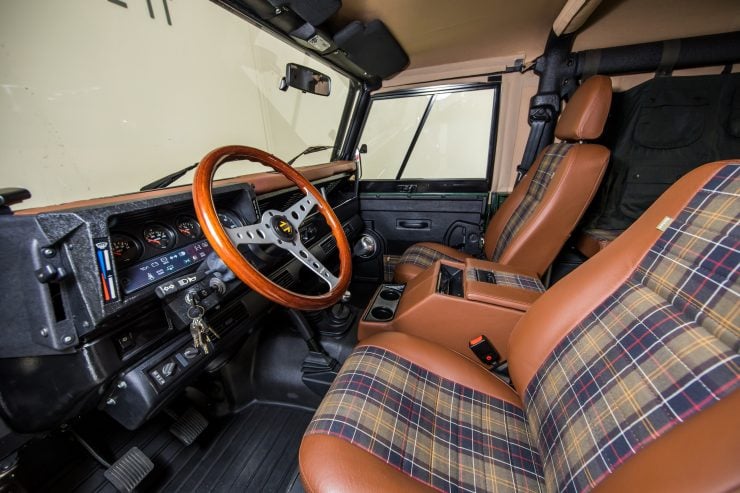 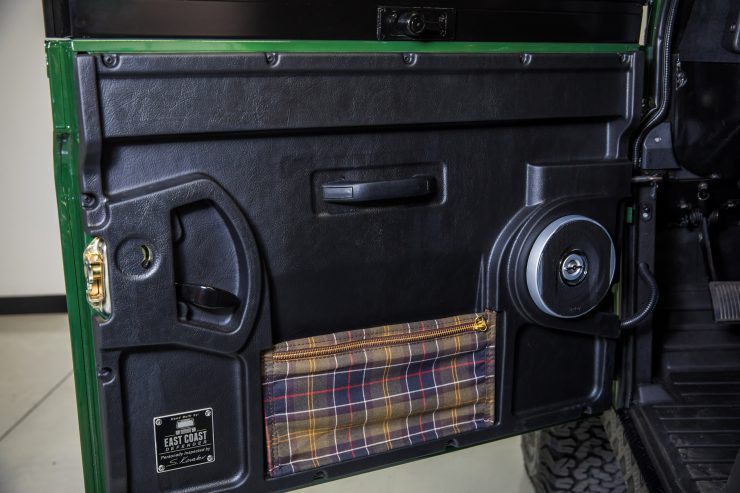 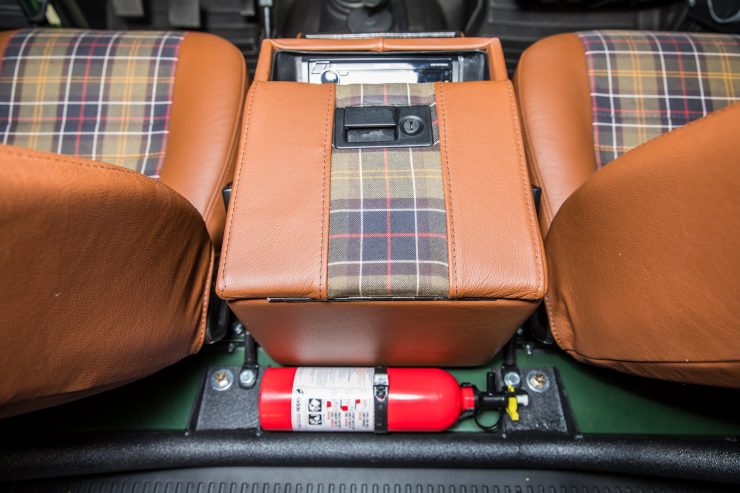 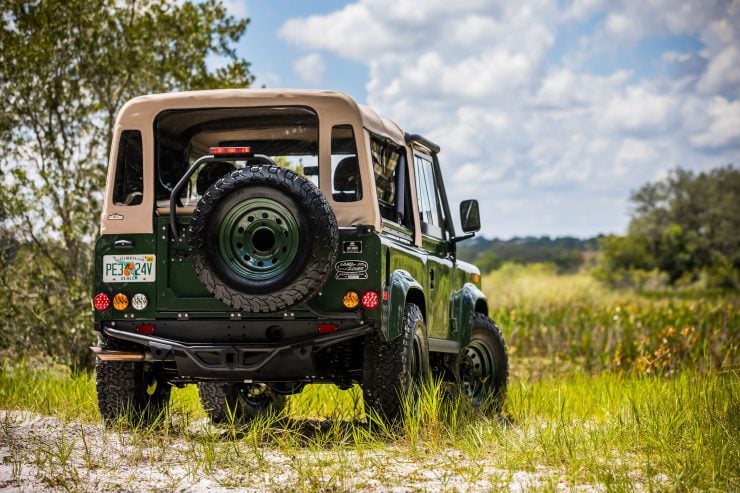 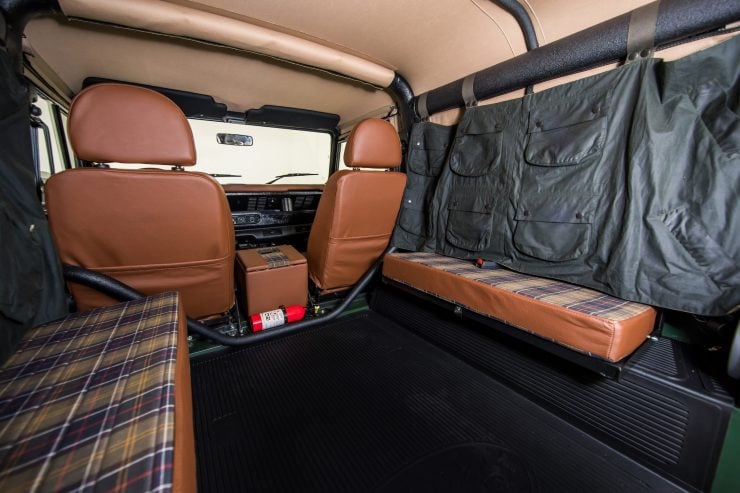 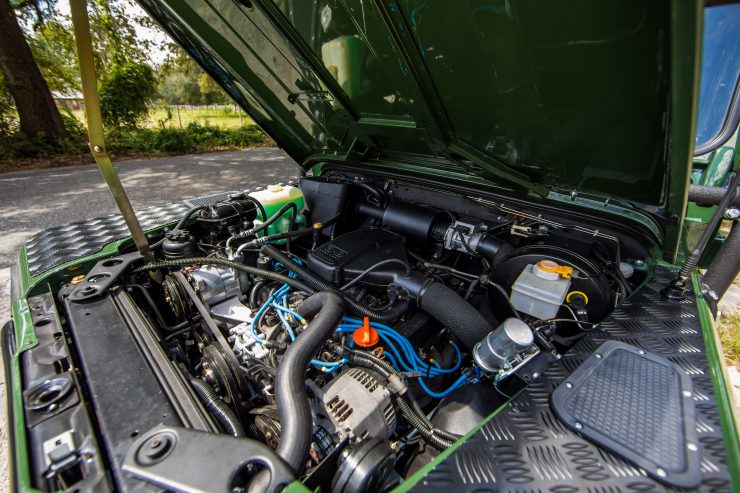 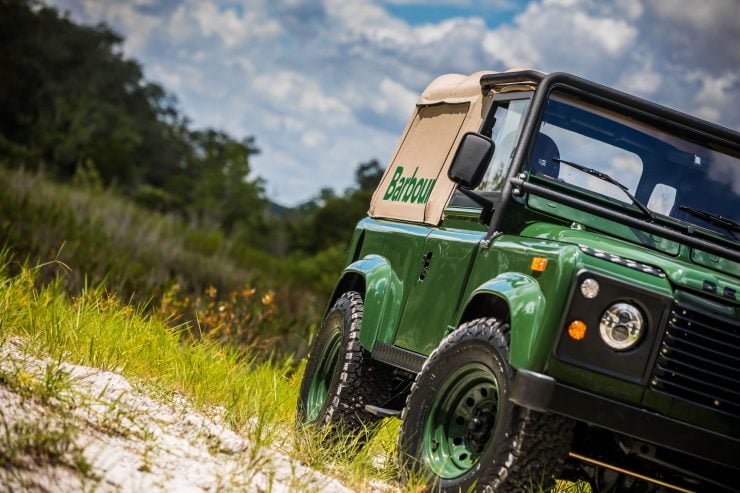 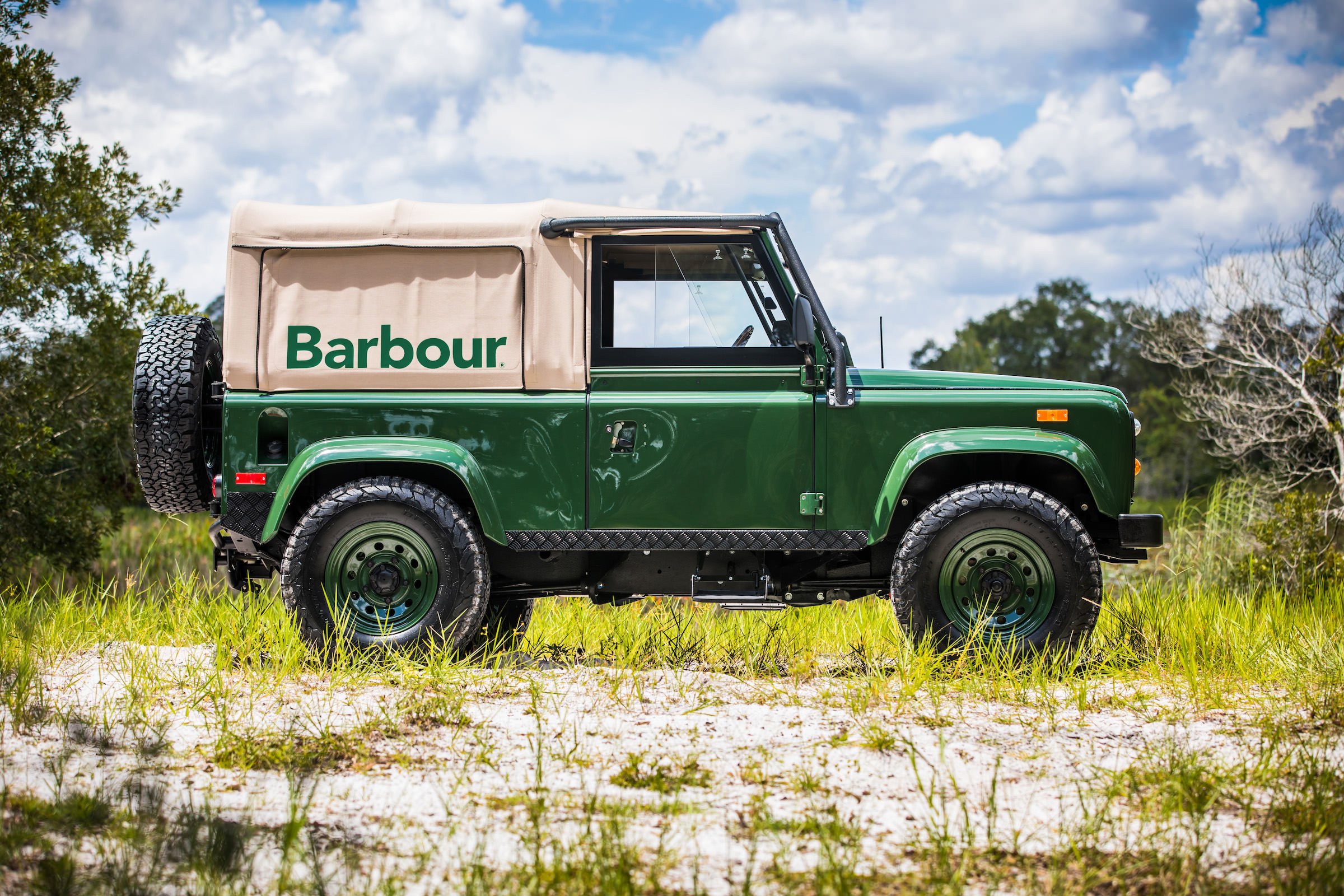