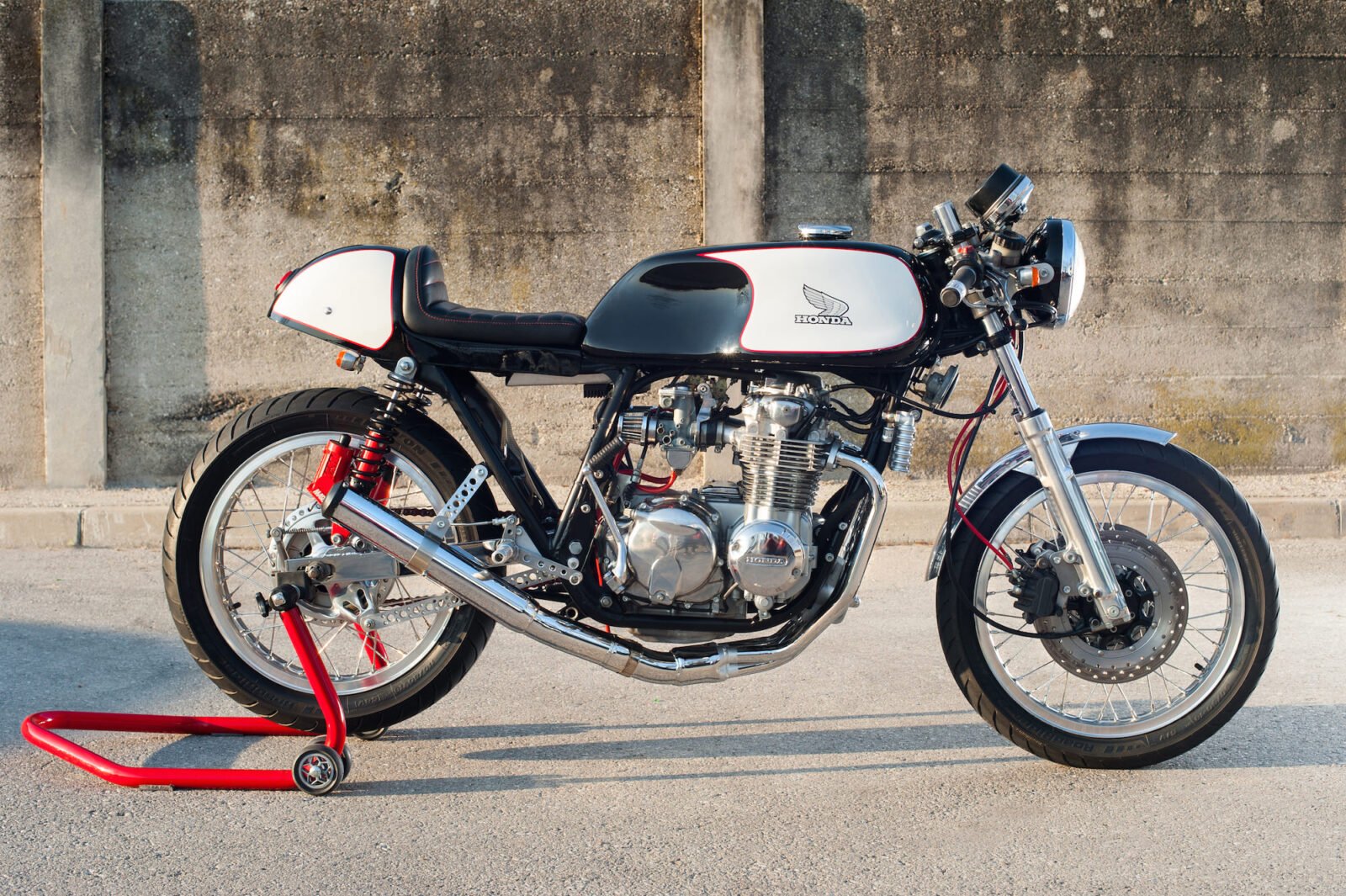 The Honda CB550 is a motorcycle often overlooked in favour of its larger sibling, the CB750. This seems like a bit of a shame to me as there’s a lot to be said for the 550 and if the 750 had never been invented, its smaller relative would doubtless be an order of magnitude more famous.

We’ve seen a few well executed Honda CB550 customs over the past few years and it could be argued that the bike’s lighter weight makes it a more idea target for cafe-racer-isation than the larger models we usually see. Most of the original cafe racers parked outside the Ace Cafe or the 59 Club had engines in the 500-650cc range and it wasn’t unusual to see even smaller engines than this trying their luck at hitting the ton.

Built by Matej Trop from Slovenia, the CB550 Cafe Racer you see here is a testament to both human willpower and what can be achieved using the internet. Matej is a native Slovenian, a small country between the Alps and the Adriatic Sea. Slovenia is not known for its custom motorcycles or well-stocked parts shops so Matej found a home for himself online, reading websites like this one as well as Pipeburn and Bike EXIF – as is often the case, it wasn’t long before looking turned into planning.

Matej managed to locate a pristine Honda CB550 that was for sale locally, the bike was in such original condition that he was reticent to modify it in any way but before long he decided upon a series of small modifications to turn it into the cafe racer that he’d been lusting after since discovering the genre.

The completed bike is pristine to look at and makes a great example of what a classic cafe racer should look like, I think it’s a safe bet to say that there aren’t too many bikes like this on the streets of Slovenia but that may be short lived – Matej has already bought himself another CB550 and will be setting to work on it soon. 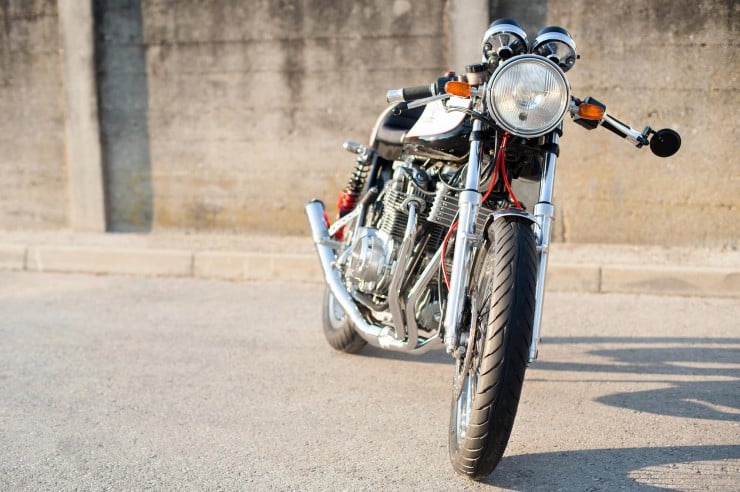 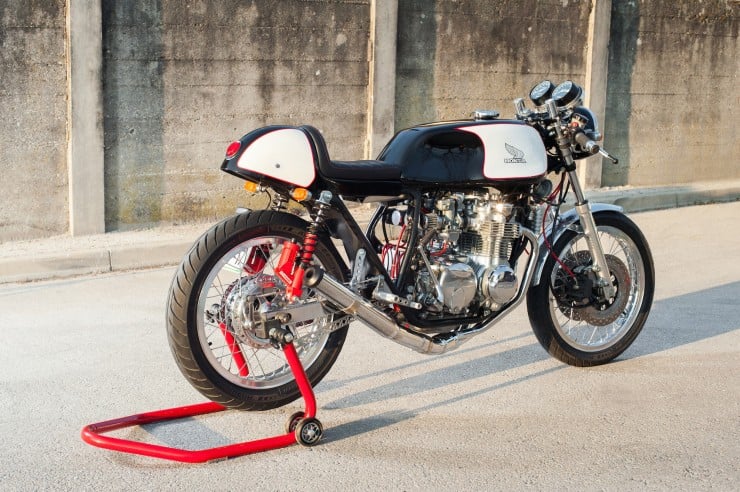 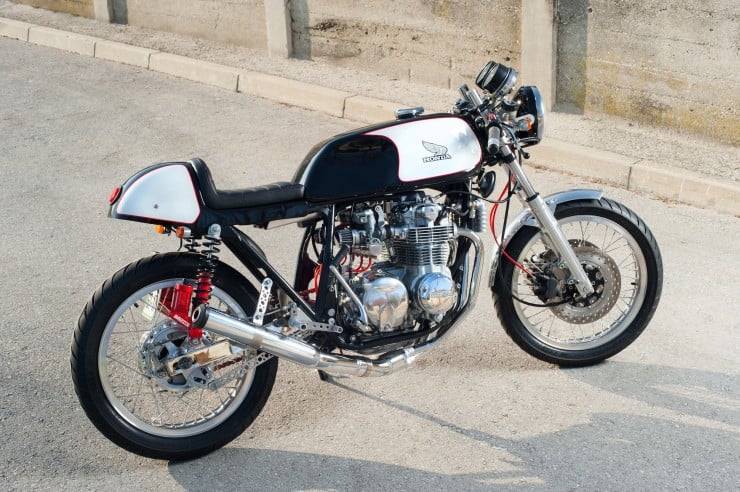 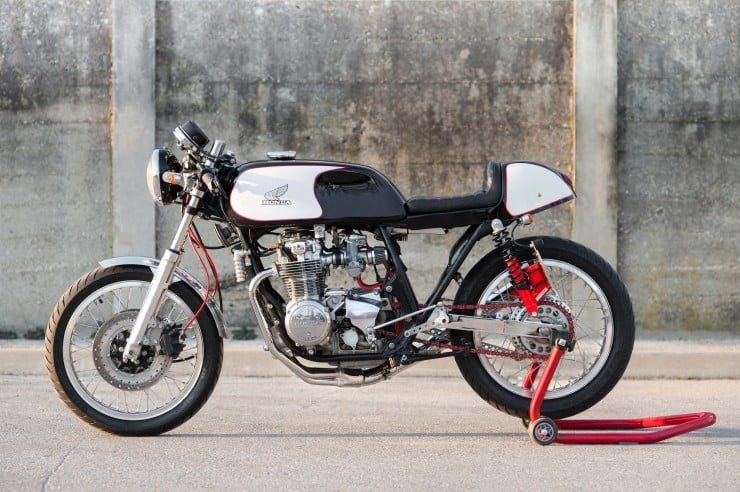 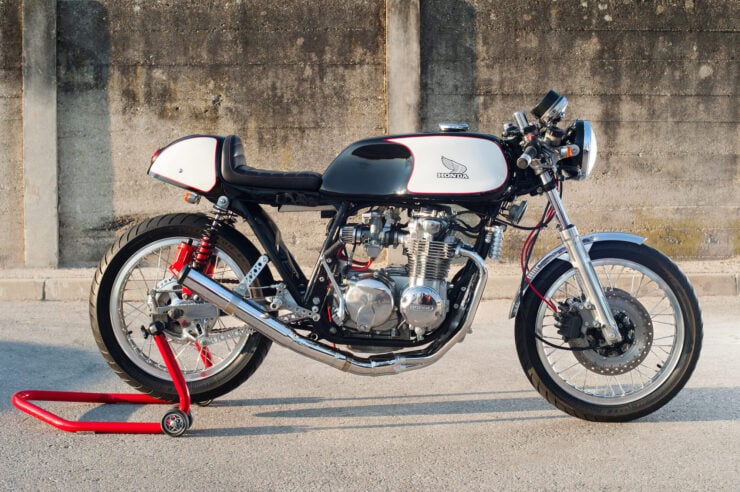 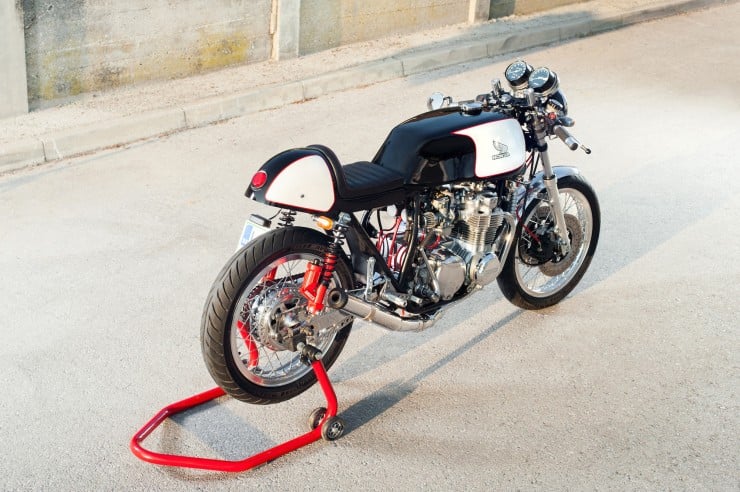 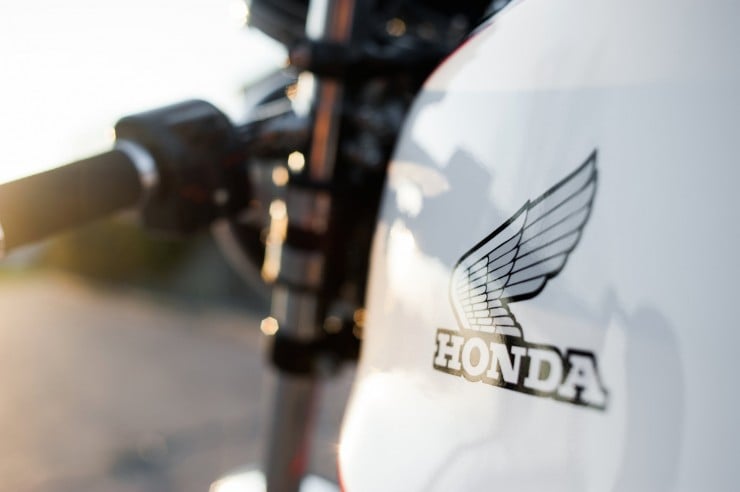 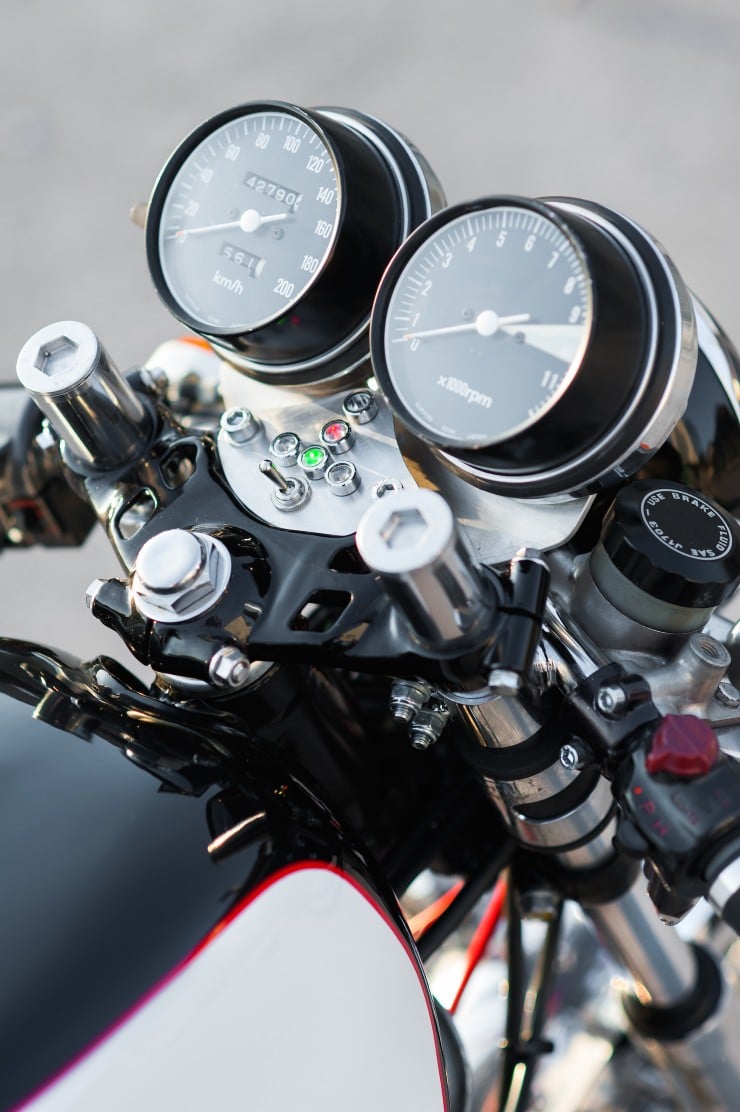 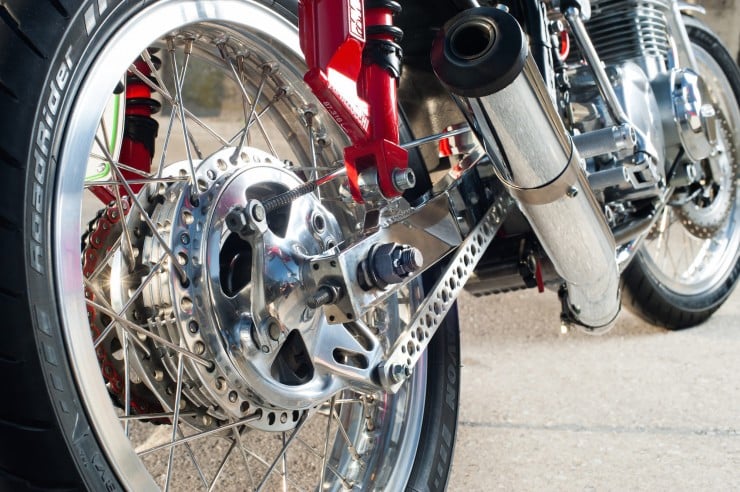 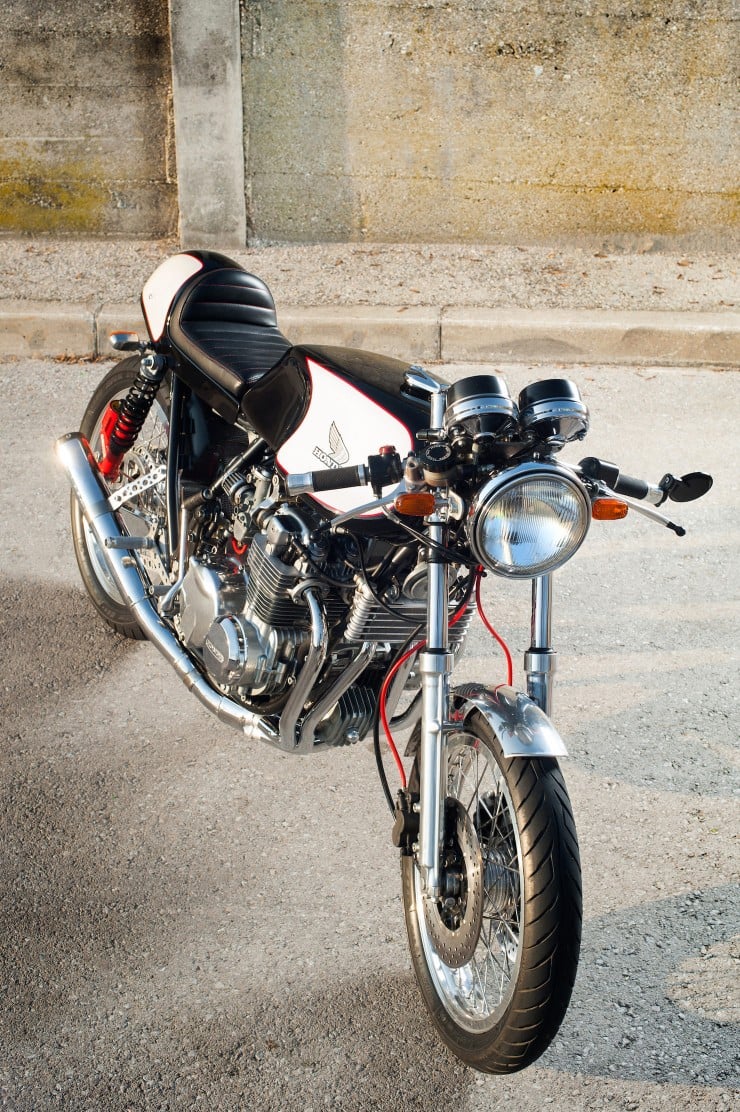 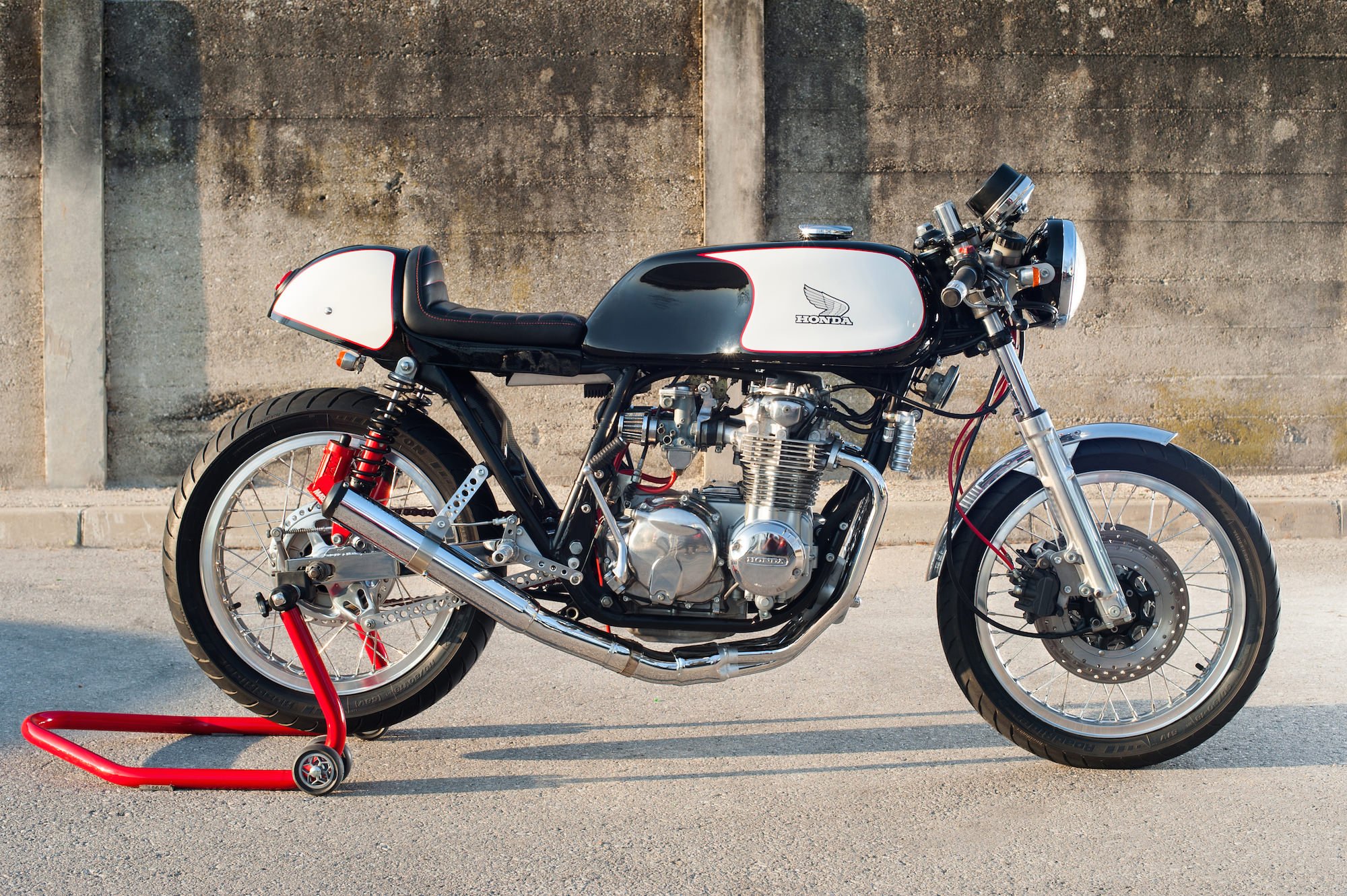