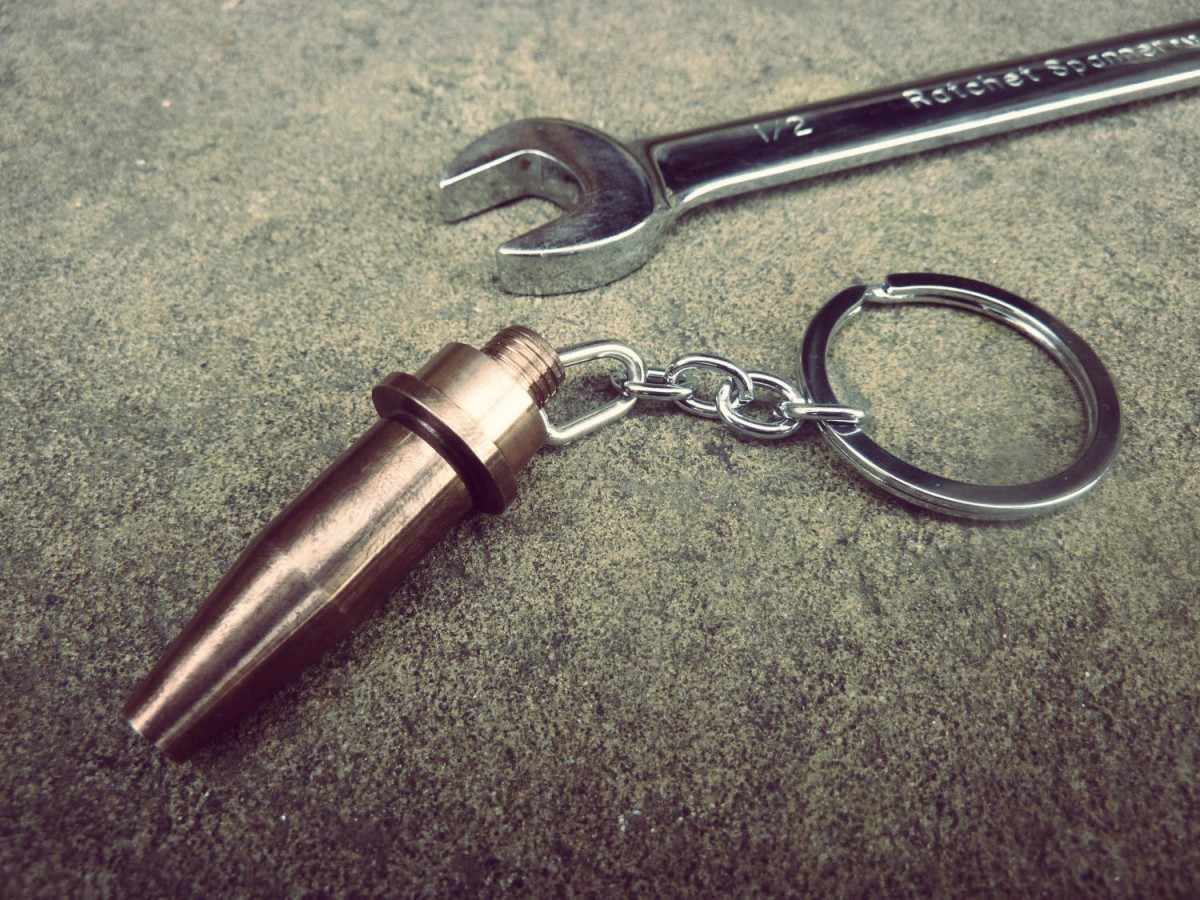 This is a brass valve guide from a 2004 Jaguar Formula 1 car, it’s been modified into a keyring by Ledon Gifts – a specialist British company that creates highly-collectible souvenirs from retired part sets.

The Jaguar Racing F1 Team was created by Ford after they bought Jackie Stewart’s team, in 2004 the Jaguar team was then sold on to Red Bull, who went on to dominate the sport after poaching Adrian Newey from McLaren. 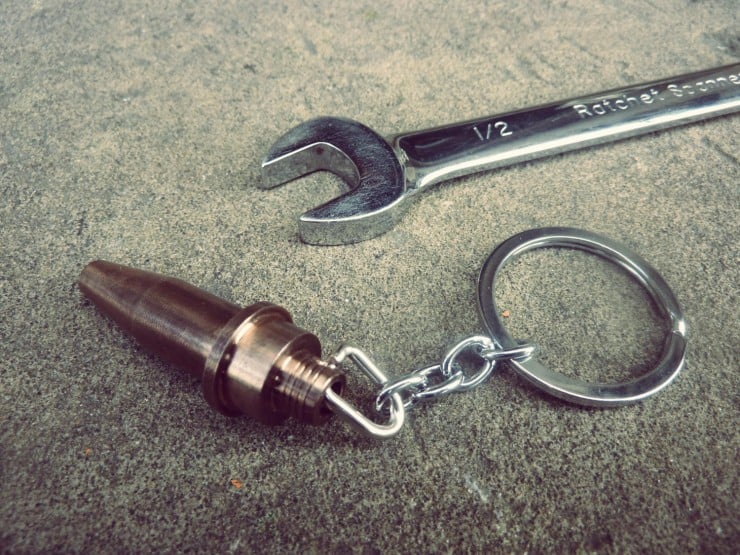 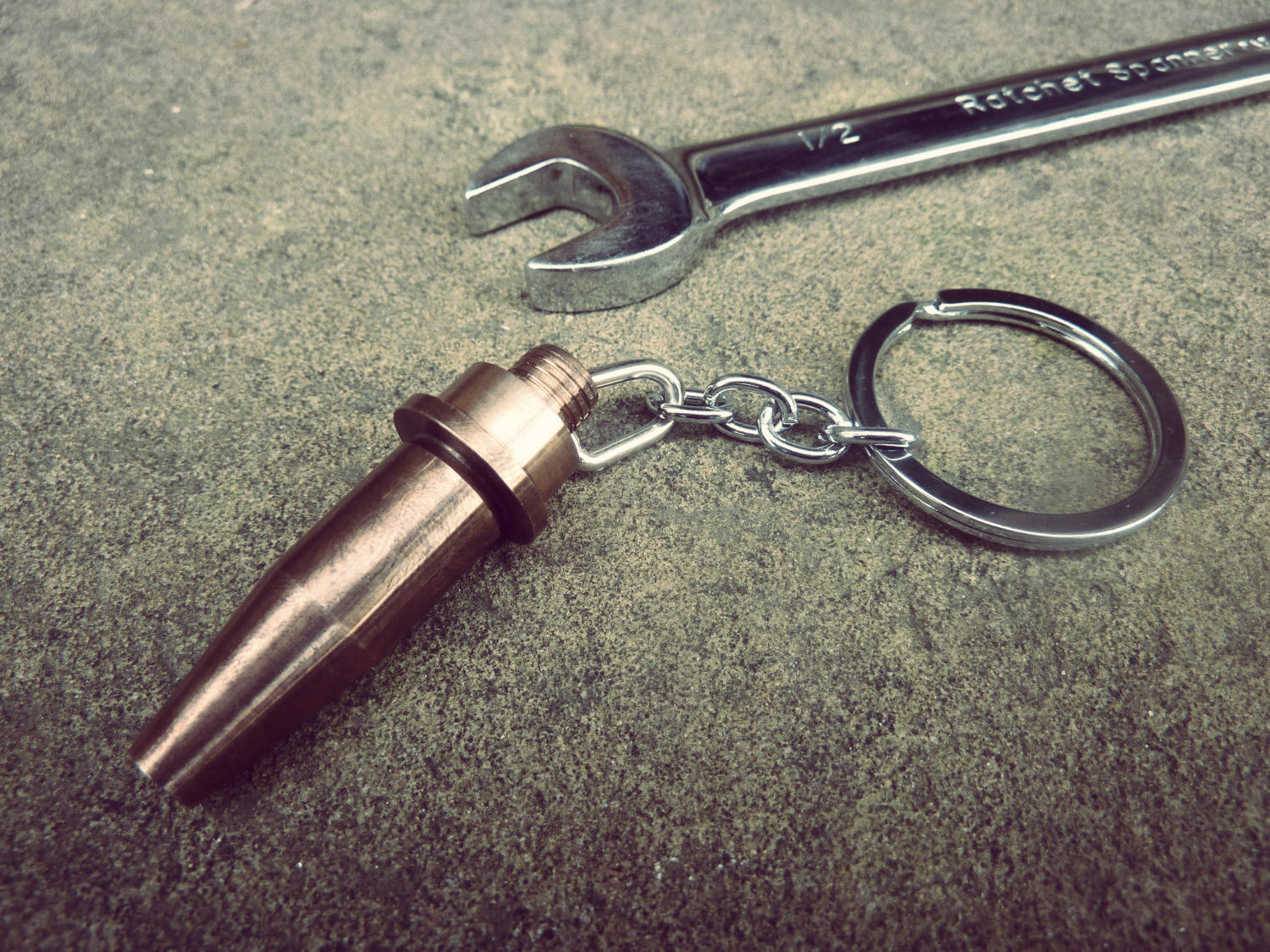