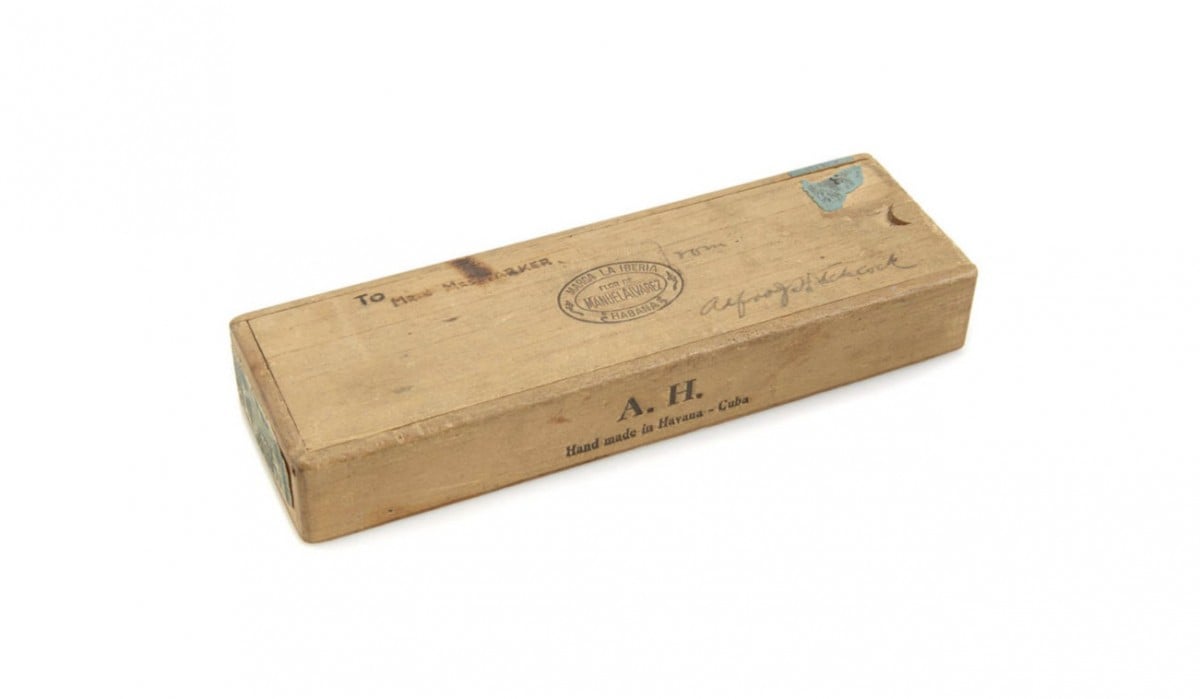 Finding interesting and affordable pieces of history like this cigar box is a specialty of Bonhams, the upcoming Entertainment Memorabilia Auction is literally full of sub-$1,000 gems like this one – an Alfred Hitchcock cigar box signed and sent by the director to his friends in Britain during WWII.

Its value has been estimated at $400 to $600 USD, you can click here to register to bid on this lot or here to view the full list of items due to be sold. 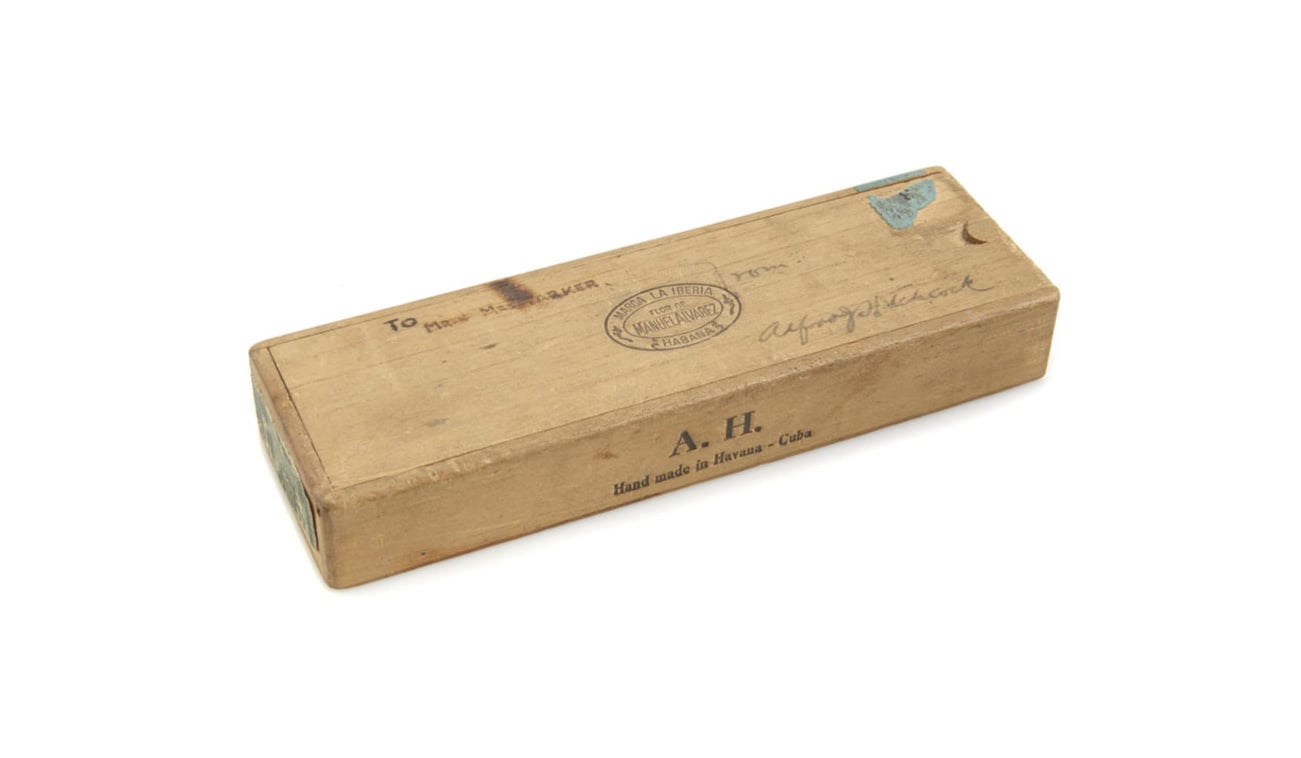