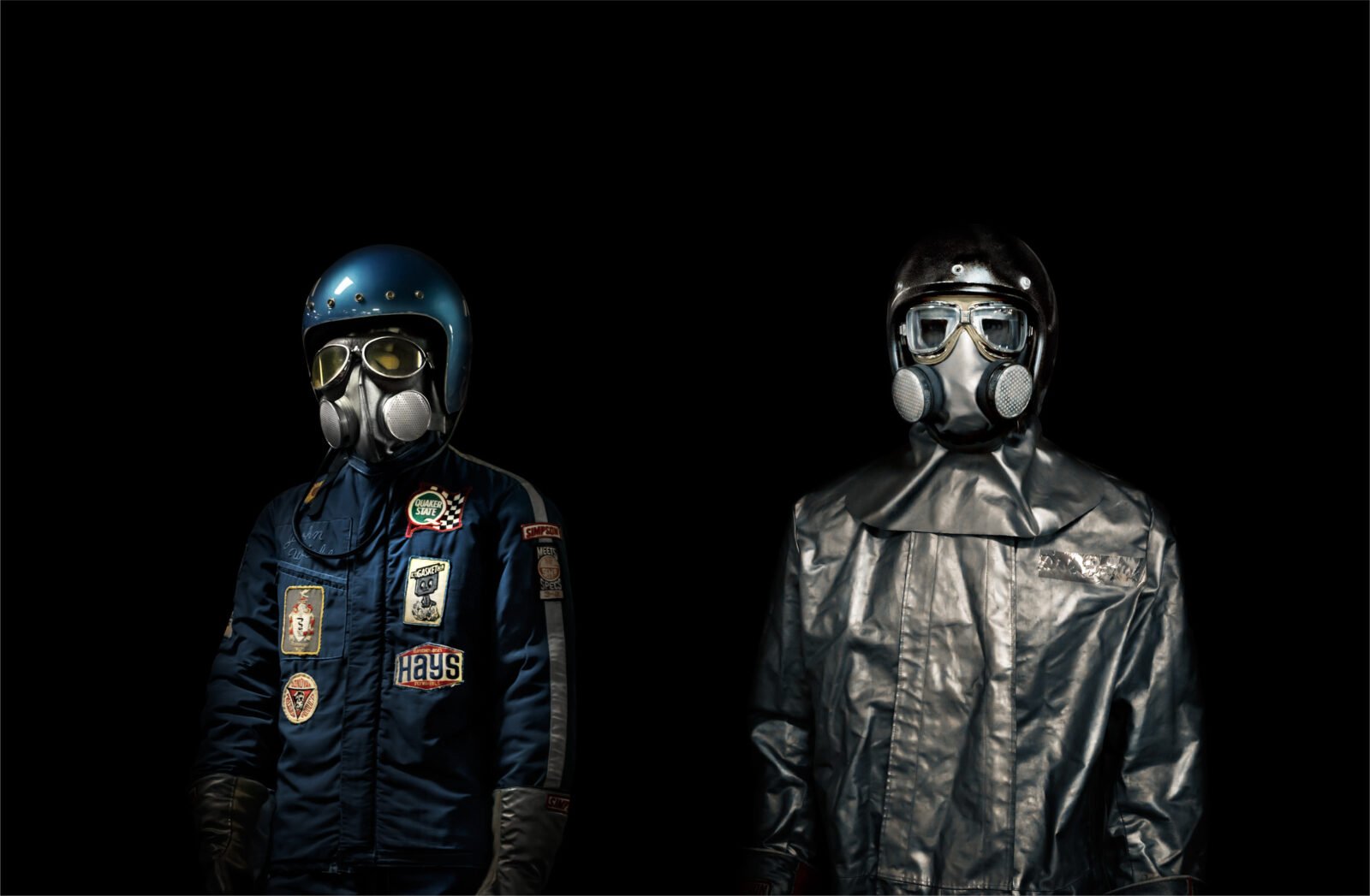 This series of photographs by Benedict Redgrove showcases vintage safety gear worn by drag racing drivers, borrowed for the photoshoot from the world famous Don Garlits Museum of Drag Racing.

Much like jazz, drag racing is a largely American creation that has since become popular around the globe. It relies on highly-stressed engines that often produces multiple times more horsepower than a Formula 1 car – all of which is unleashed in a fraction of a second as the car launches 1/4 mile down the strip.

Engine explosions are commonplace, often detonating with no warning, throwing chunks of engine and burning liquid fuel across the track and into the driver’s cockpit – resulting in a need for comprehensive fire protection.

This series of images is called “Dragster Drivers”, it’s a collaborative effort between well-known photographer Benedict Redgrove and creative studio INK. Each of the drag racing suits is fitted to a mannequin and photographed in front of a black background, giving the images a surreal, almost sci-fi feel. 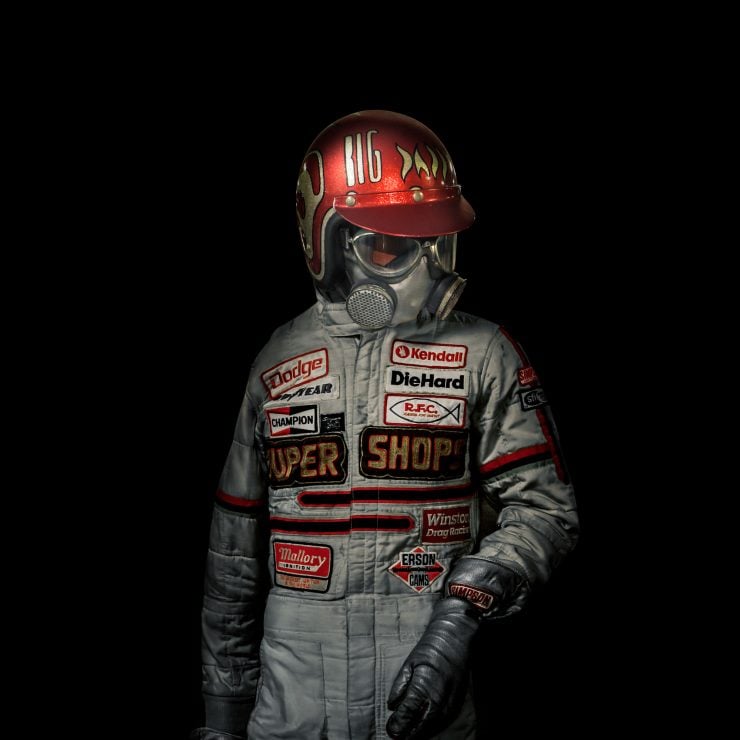 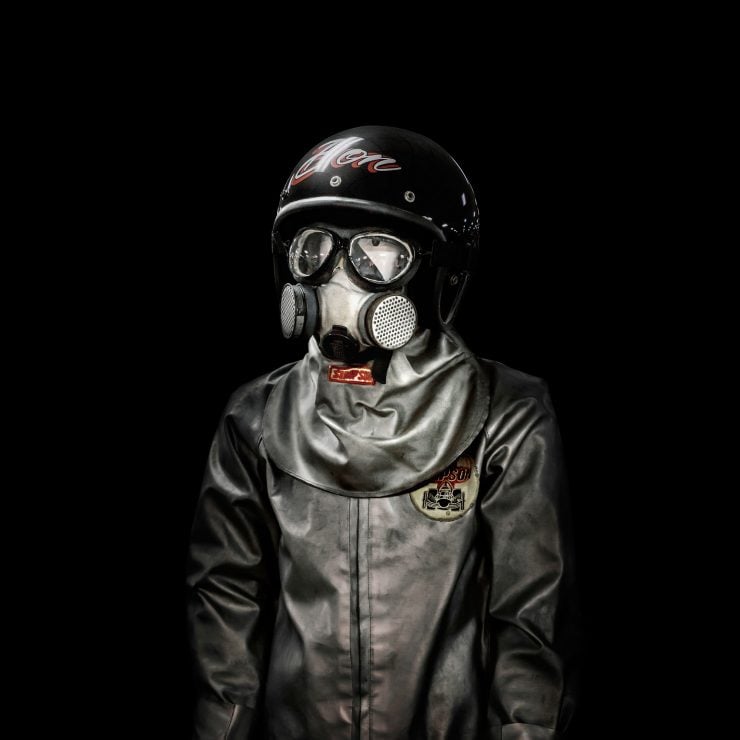 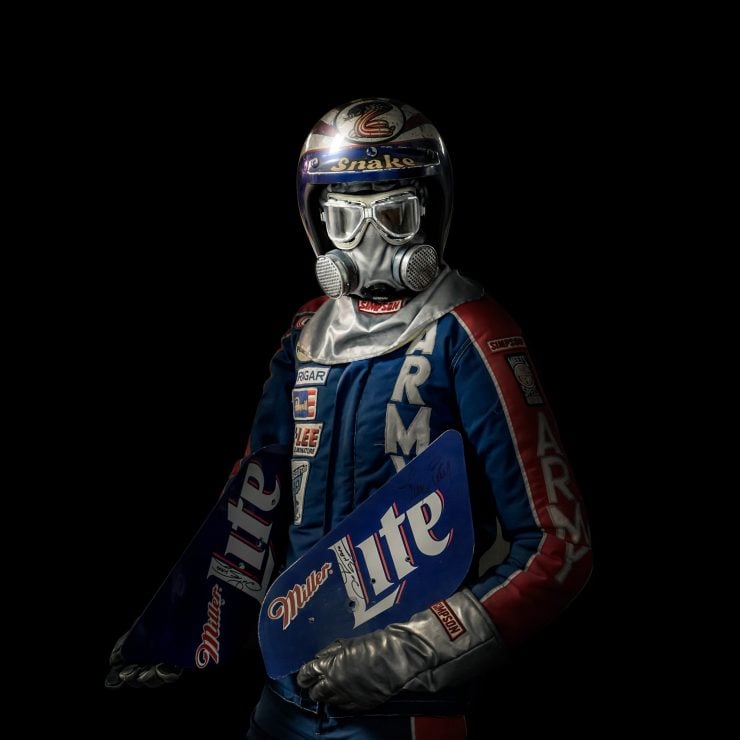 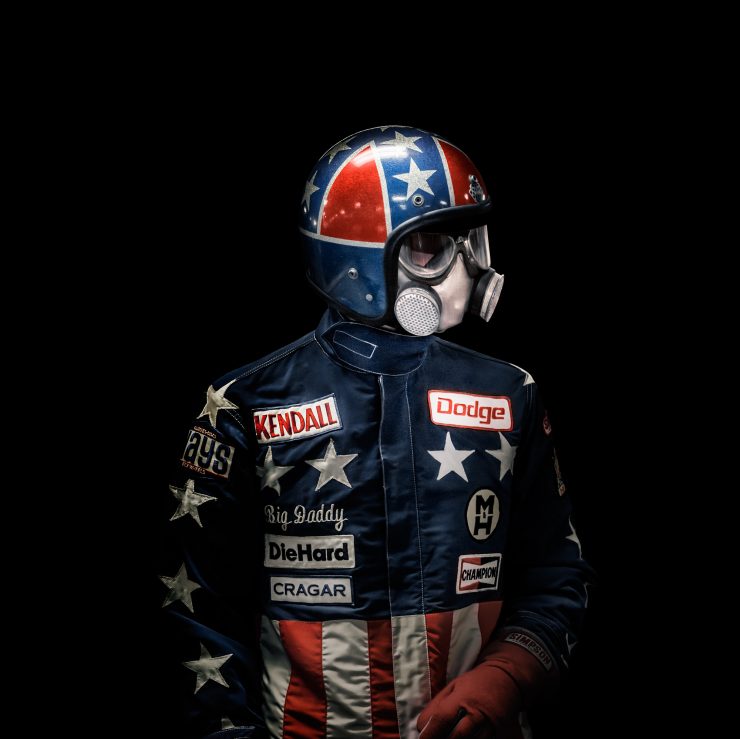 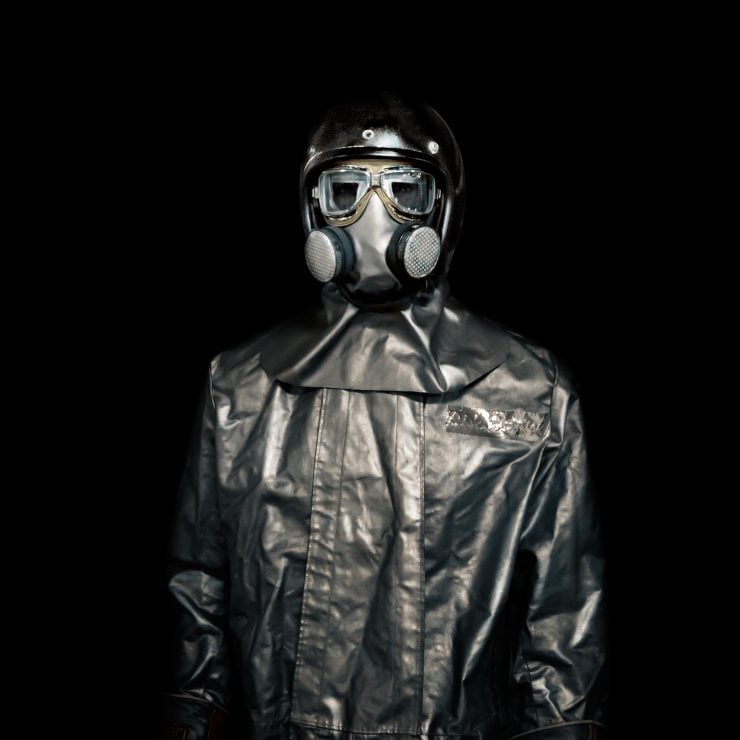 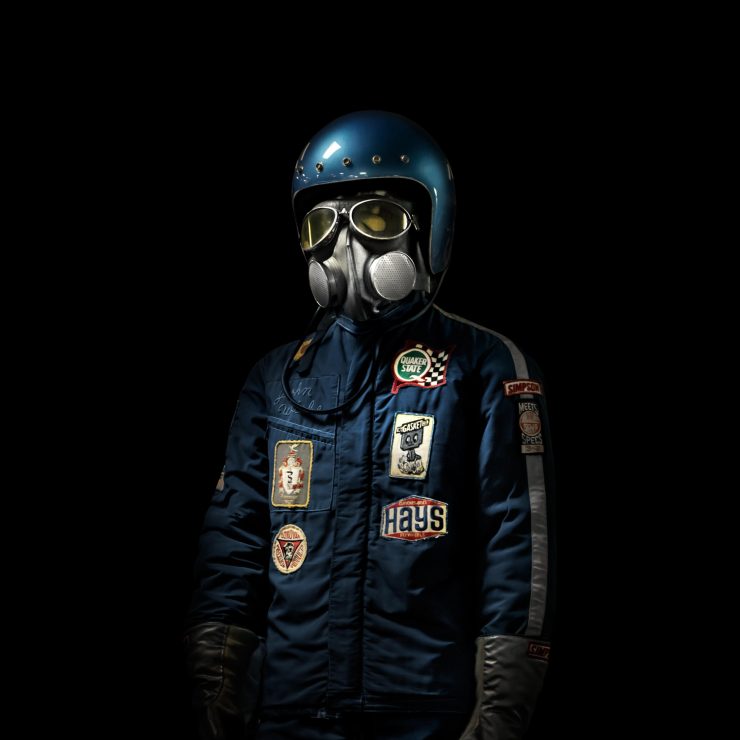 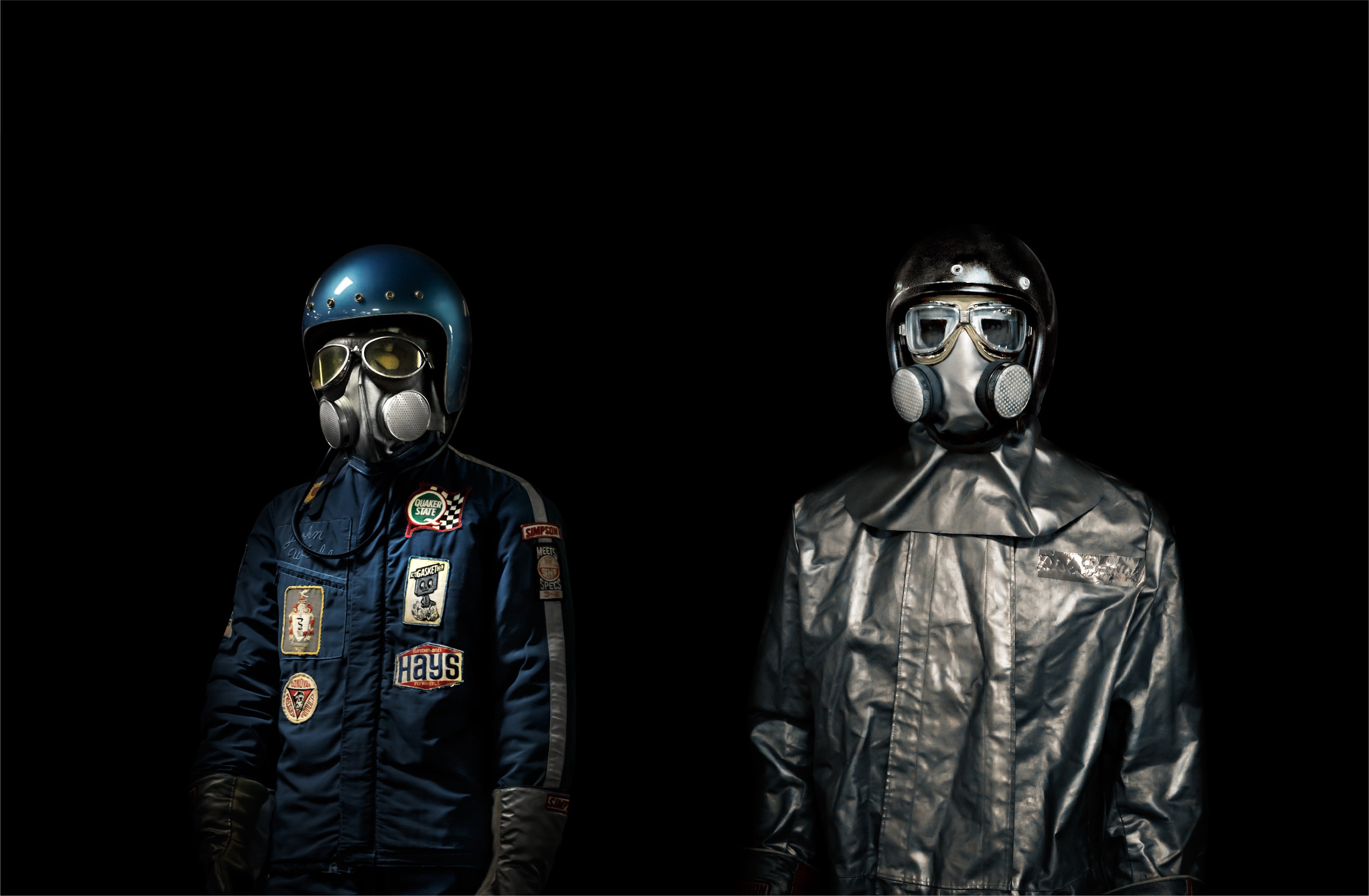