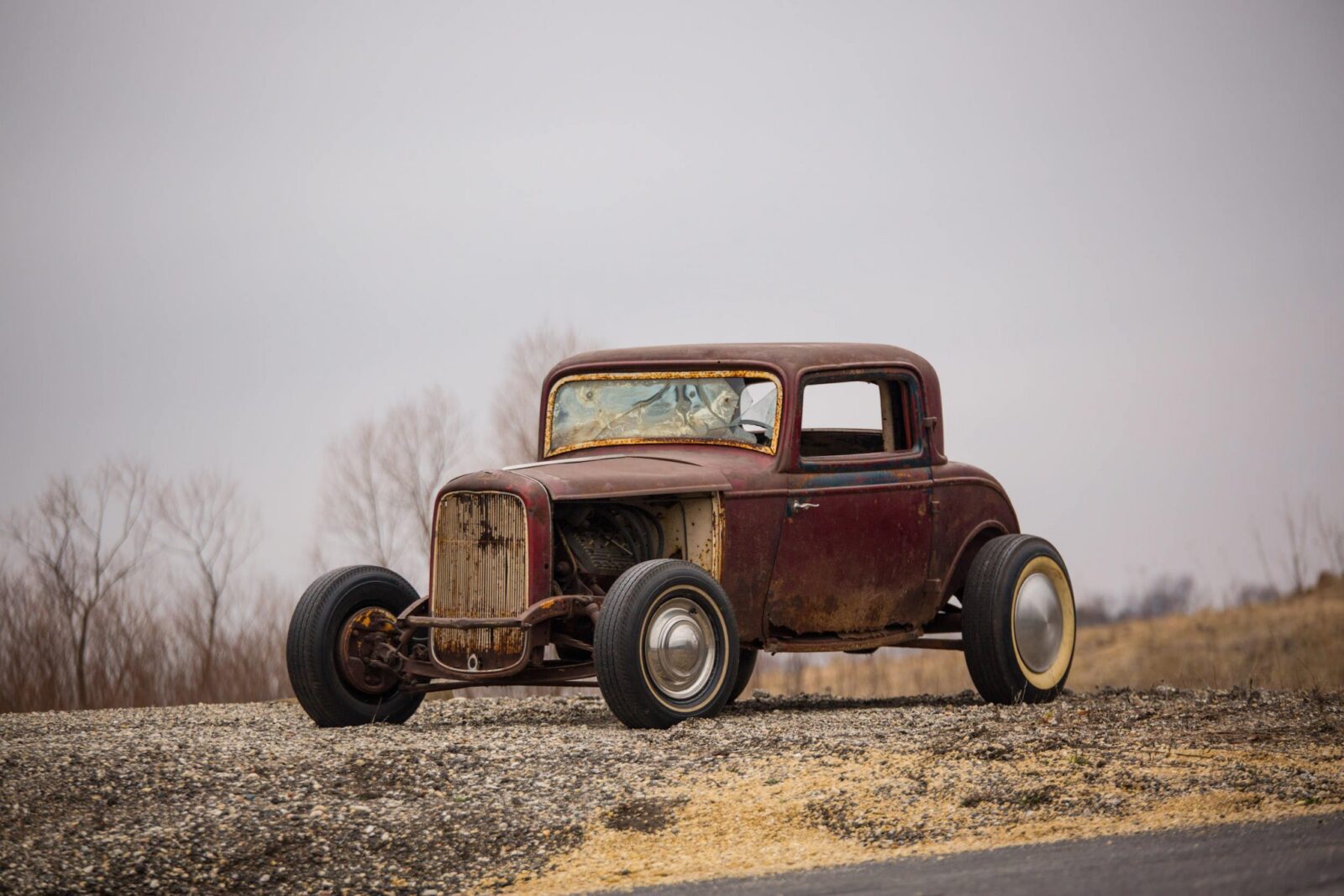 In some respects, “Barn Finds” have become the sunken treasure of the 21st century. Whereas treasure hunters of old used to venture out into the Caribbean sea or further afield looking for the wrecks of Spanish galleons, their modern automobile-hunting equivalent go searching through old sheds, backyards, garages, and barns. And sometimes what they find is just as remarkable as a wooden chest full of bullion.

The ’32 Ford you see here is one of those remarkable barn finds. It was built by two friends who decided to compete in the inaugural 1954 AATA World Series of Drag Racing, and as was often the case in the ’40s and ’50s, the platform chosen was the 1932 Ford Flathead V8 3-window.

Sometimes referred to as the “deuce” the ’32 Ford is almost certainly the most important car ever made for those in the American world of hot rodding. The Ford Flathead V8 made its first appearance in the model, offering moderate income Americans access to the powerful Flathead, and triggering the movement that would later become known as “hot rodding”. Although there’s no definitive answer as to where the term hot rod comes from, the most likely source is the humble cam shaft. Hot cams were nicknamed “hot rods”, and the moniker seems to have lent its name to the entire movement.

In 1954 Francis Fortman and Kenny Kerr developed a plan to buy an old 3-window ’32 Ford and modify it for drag racing. The cars were over 20 years old by this point and their only real value was to racers on a tight budget, who had discovered they could hop up the engines, and trim weight from the body to produce a relatively quick 1/4 mile automobile.

Once Francis and Kenny found a suitable Deuce they channelled the body 10 inches to sit it lower on the frame, the original interior was removed and replaced with a single lightweight WWII-surplus aircraft seat, the the fuel tank was installed in the cabin next to the driver’s right shoulder. Safety was a lesser concern to weight distribution.

Possibly the greatest benefit for the Flathead V8’s ubiquitousness was the fact that there were so many aftermarket parts available to make them go faster. The two newly minted drag racers fitted Edelbrock heads, an Edelbrock intake, four Stromberg 97s, and ran the power back through a stock Ford 3-speed transmission to a welded differential. The engine was tuned to run on alcohol, and once it was as dialled in as they could get it, they trailered it to the strip for the 1954 AATA World Series of Drag Racing.

The arrived the day before the event, and couldn’t get the Flathead to start. A fellow competitor recognised it as an ignition issue, and offered them the parts needed to get it going. The only caveat is that the parts were hours away at his shop in Iowa, the two men made the drive, got the parts, and had them fitted the next morning. The engine fired up immediately – now they could race.

After winning the AB Class outright on the day the two men trailered the car back home and it was parked under a tarp at Francis’ house. His wife became pregnant soon after and as is often the case – the car was forgotten about as the family grew. Once day in the 1970s Francis chased off some kids who had shot out the windscreen with a BB gun, he decided to roll it into his shed for safekeeping – a move that likely saved the Ford from rusting into oblivion.

The car was discovered by Ken Robins in 2013, admirably he just added new period correct tires that would hold air and brushed off some of the dust. Today the all-original 1954 Class AB champion is presented in as-raced condition, and it’ll be sold by Mecum Auctions at their Indianapolis sale held between the 16th and 21st of May.

If you’d like to read more about the ’32 Ford or register to bid you can click here to visit the official listing on Mecum. 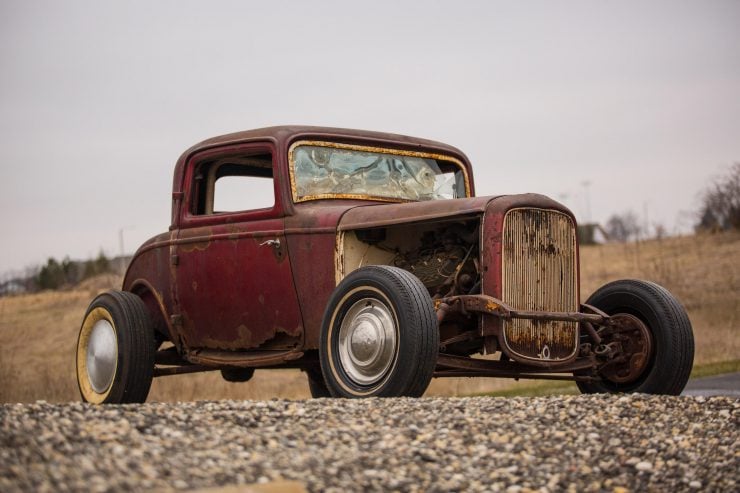 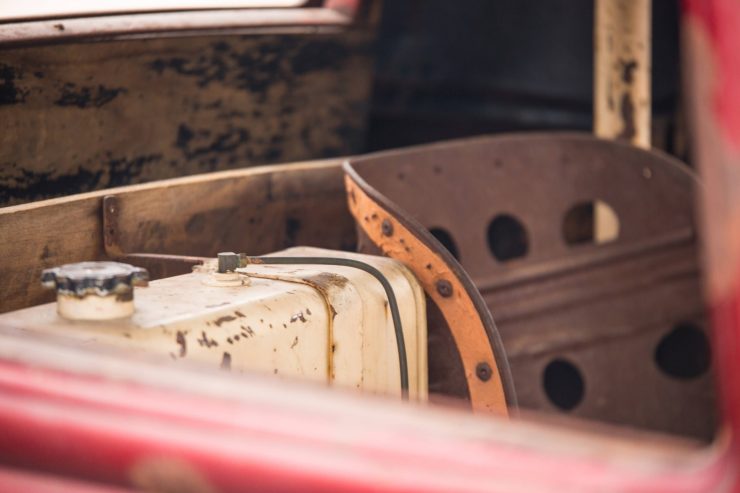 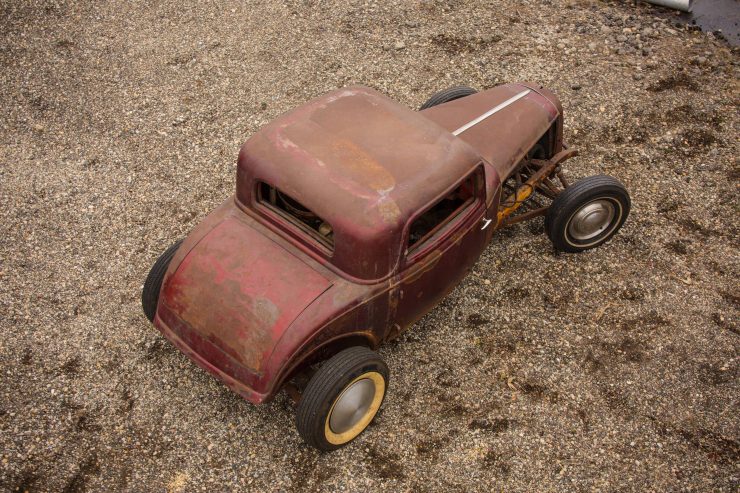 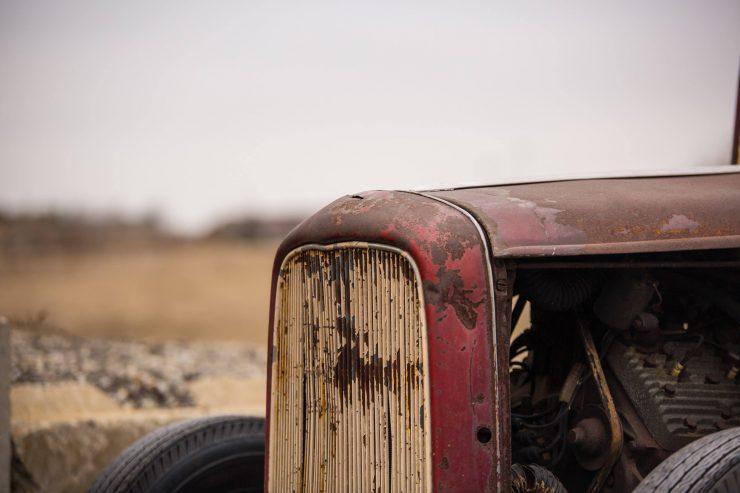 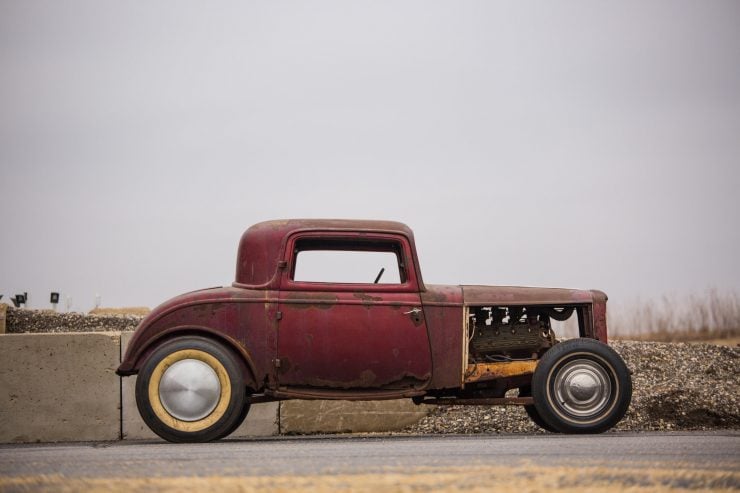 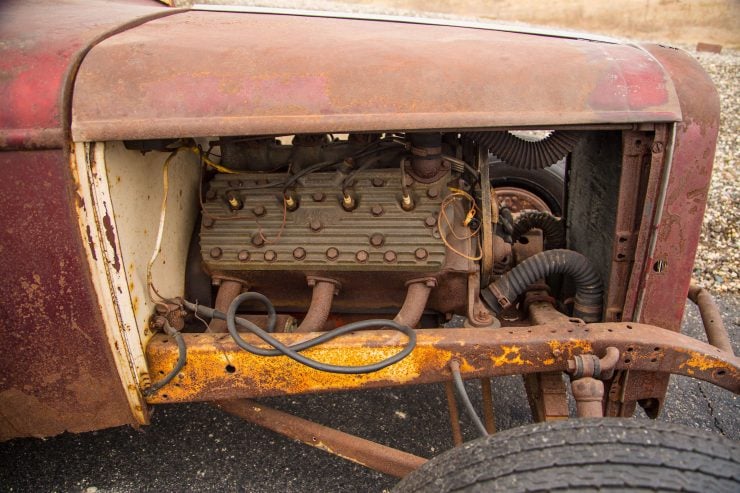 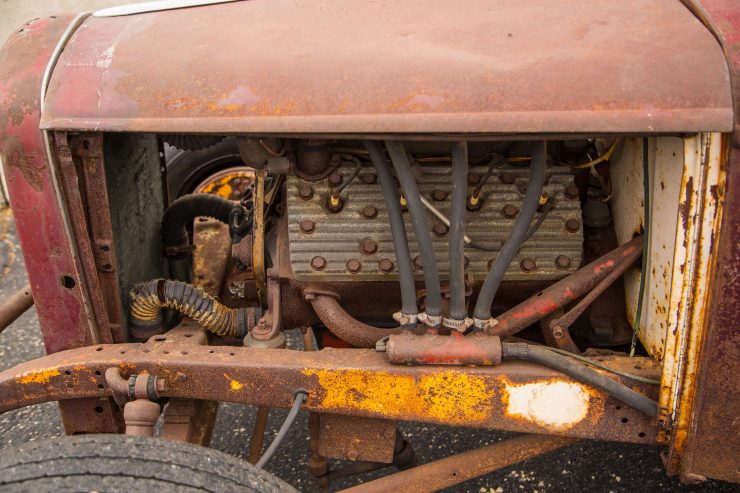 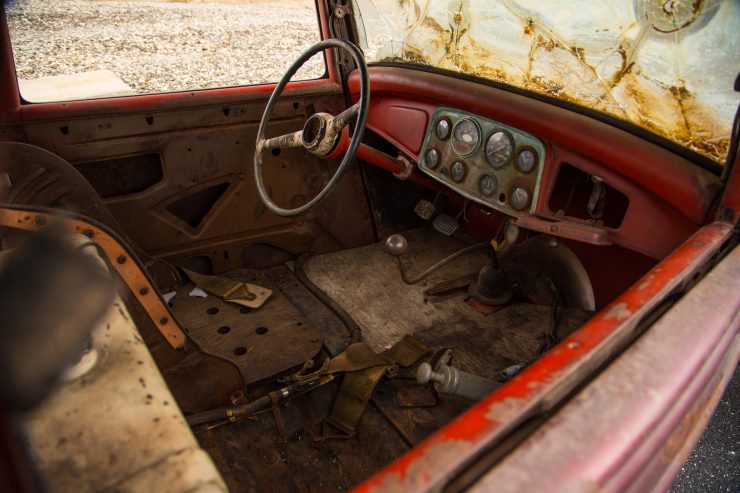 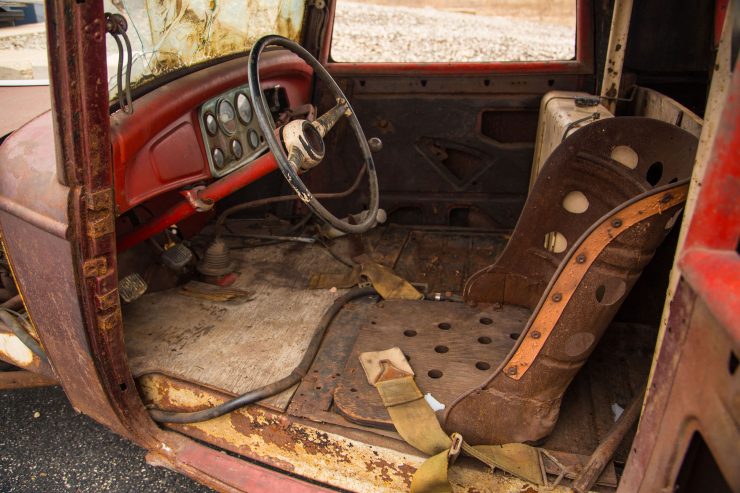 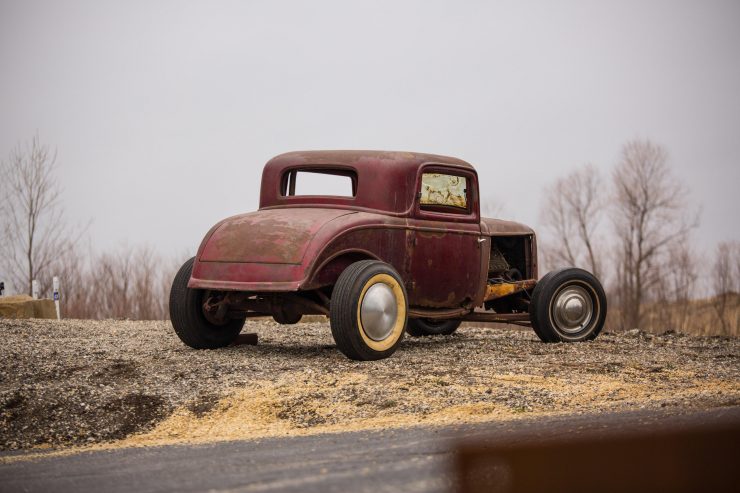 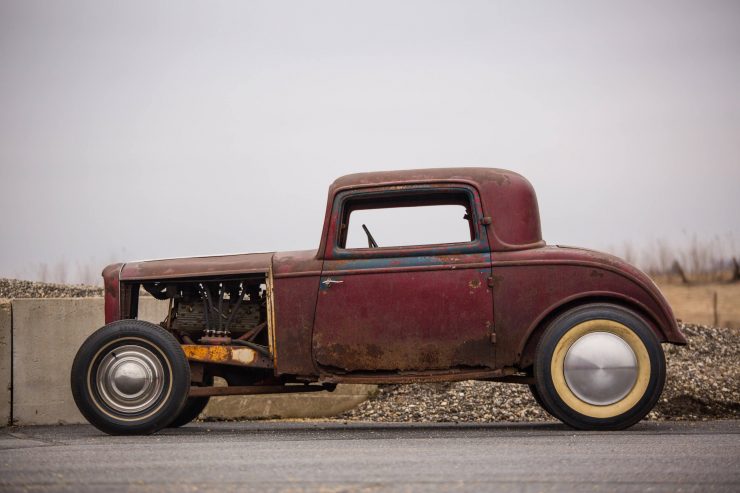 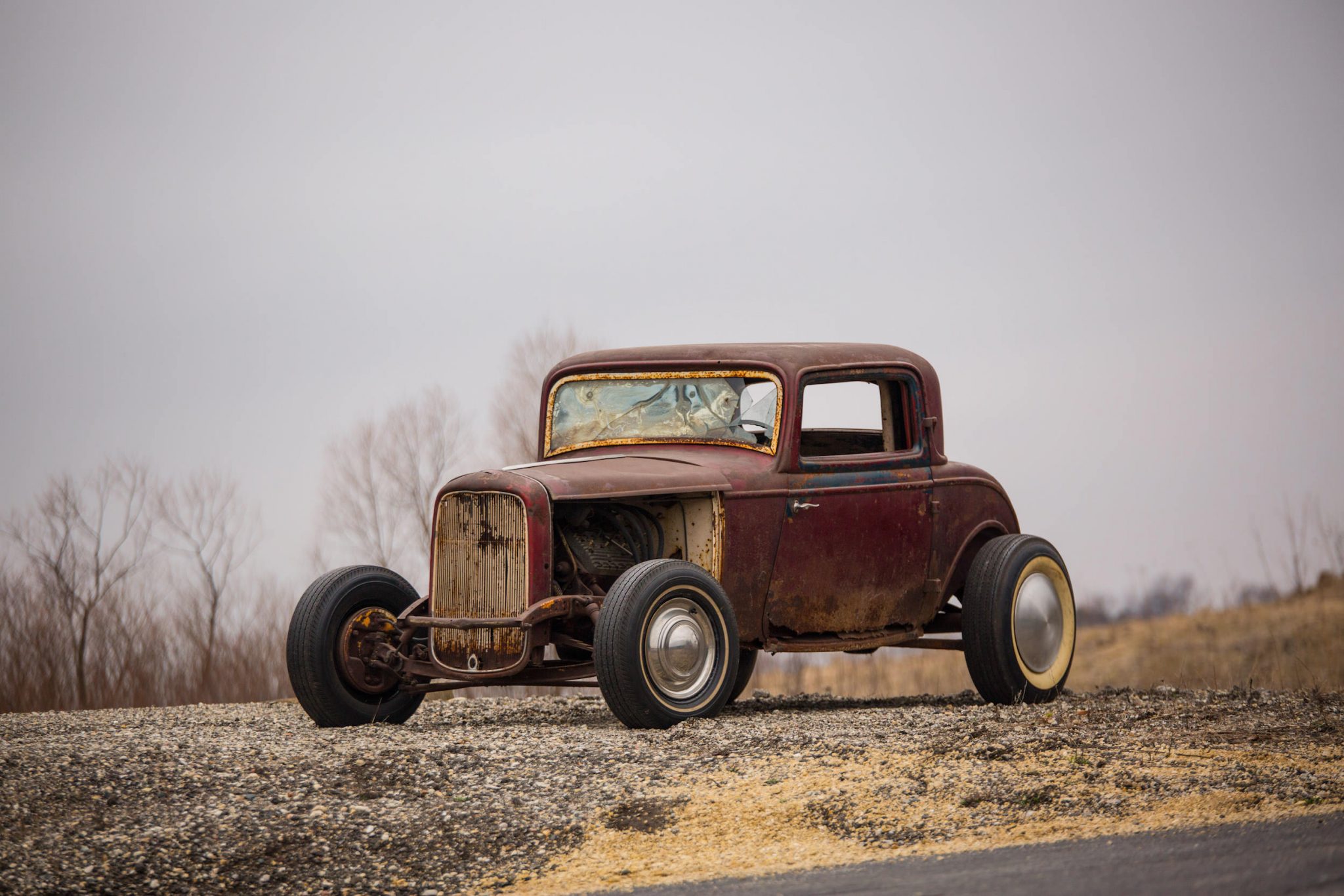