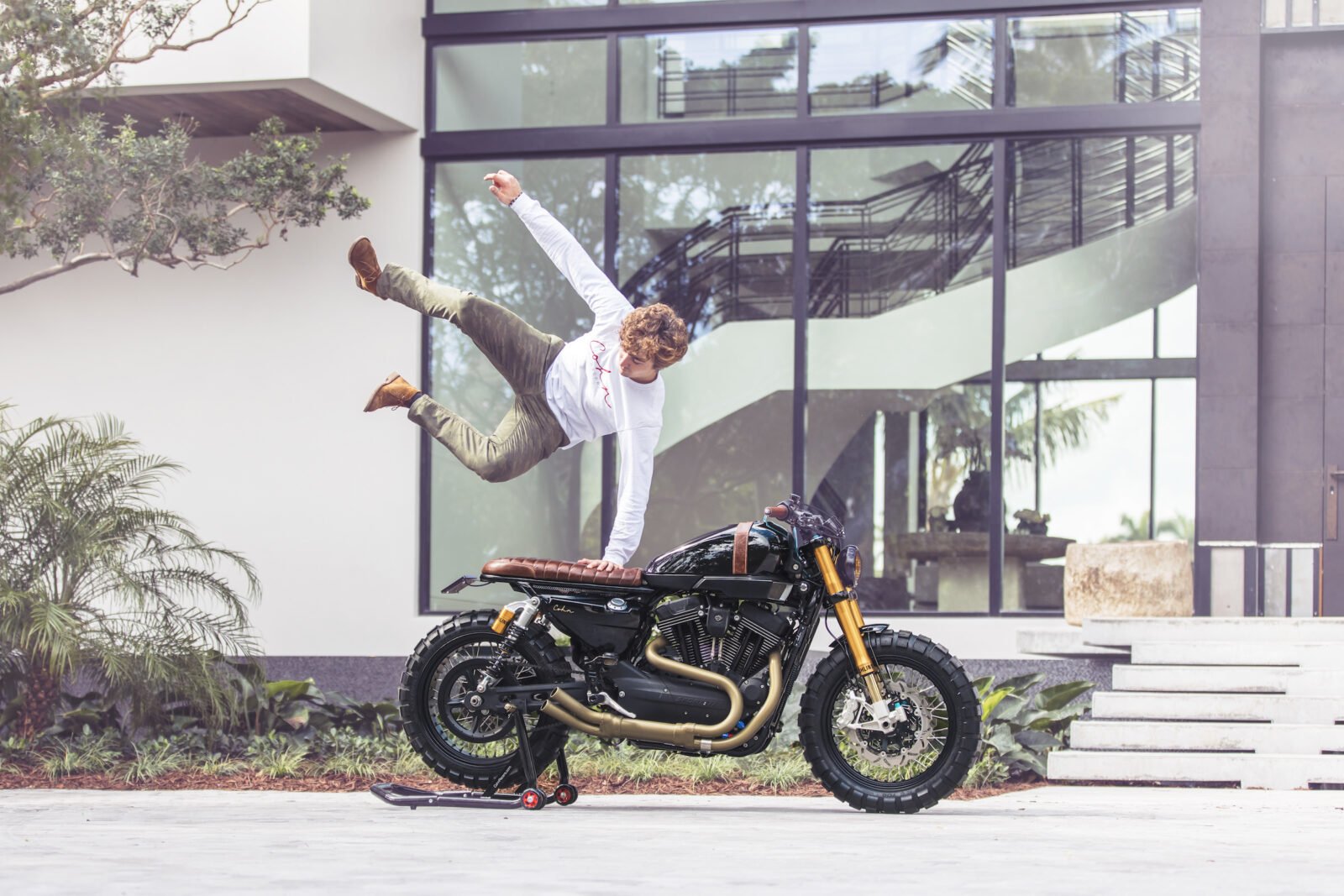 The Harley-Davidson XR1200X was the high-end version of the short-lived XR1200 series by the Milwaukee-based motorcycle manufacturer. That “X” suffixed to the name denoted Showa Big Piston Forks and twin full-floating Nissin front brake rotors up front with Showa shocks (with piggyback nitrogen-charged reservoirs) in the rear – the most modern suspension and brakes ever fitted to a production Harley-Davidson road bike.

When it was released the XR1200X seemingly surprised many motorcycle journalists with its handling and braking ability compared with other Harleys, and many of the media bikes came back with worn down footpegs and near-empty gas tanks.

The general motorcycling population has been clamoring for a proper modern Harley street tracker for years, the XR1200X met this demand and showed that the Sportster could be sporty. The XR1200 series was only built between 2010 and 2012 before being discontinued in favor of other models, but the bike has built up a cult following around the world, and good examples are still fetching solid money.

The motorcycle you see here is a comprehensively rebuilt Harley XR1200X by the talented team at Cohn Racers – a custom motorcycle garage based in Coral Gables, Florida.

Cohn Racers is run by Juan P-Ilzarbe, a former Apple employee who left the tech company to found his own motorcycle garage to build limited edition series of custom motorcycles. The custom XR1200X is bike #2 of the 10 motorcycle series called “Muscle R”, it was built for John Kunkel founder of 50 Eggs, and a diehard motorcyclist with a penchant for fast Harleys. 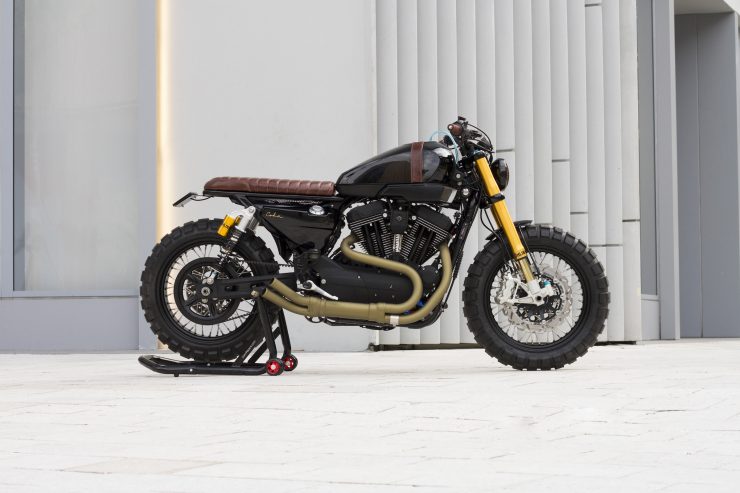 The project began with a nation-wide search for a low mileage XR1200X, once one was located and bought the  build began with a teardown and inspection.

The plan for the build was to reduce weight, improve handling, and improve braking. The stock Harley XR1200X already produces a mighty 74 ft lbs of torque, but its wet weight of 573 lbs is a limiting factor. Reducing the weight improves acceleration dramatically, but it also improves braking and cornering performance – all three of these elements are important for any sports-oriented motorcycle.

The rear subframe was removed with a new unit welded into place, and the original forks and brakes were replaced with upside down Öhlins Racing forks, with radial Brembo brakes featuring hefty 320mm rotors. Rear suspension was swapped out for a pair of Öhlins piggyback shocks.

The onboard DME was re-tuned for better engine response and smoothness throughout the rev-range, but it was decided to keep the V-twin reliable rather than try to dial it up to 11 and risk issues down the line.

A new seat pan and seat was fabricated, the team at Relicate Leather supplied the leather for both the new seat and the matching leather tank strap. The original wheels were swapped out for lightweight spoked units front and back, shod with Continental Conti Twinduro TKC80 Dual Sport tires.

The completed bike would fit into both the street scrambler and street tracker genres, and it’s an excellent example of what can be achieved using a stock XR1200X as a foundation. If you’d like to read more about Cohn Racers or order your own custom you can click here to visit the website. 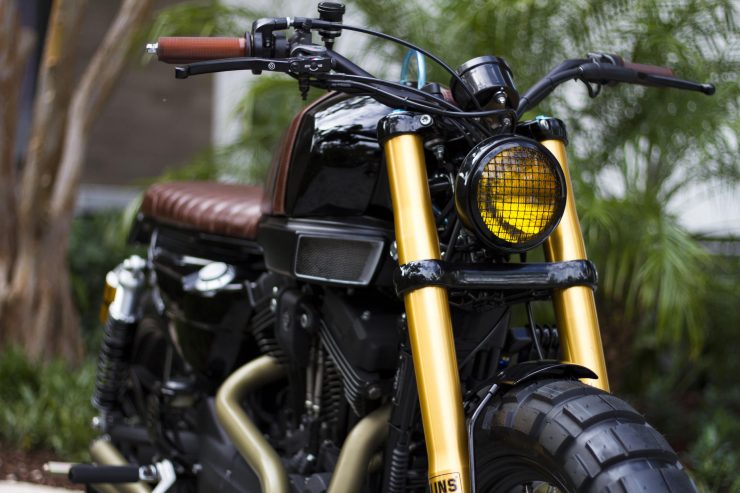 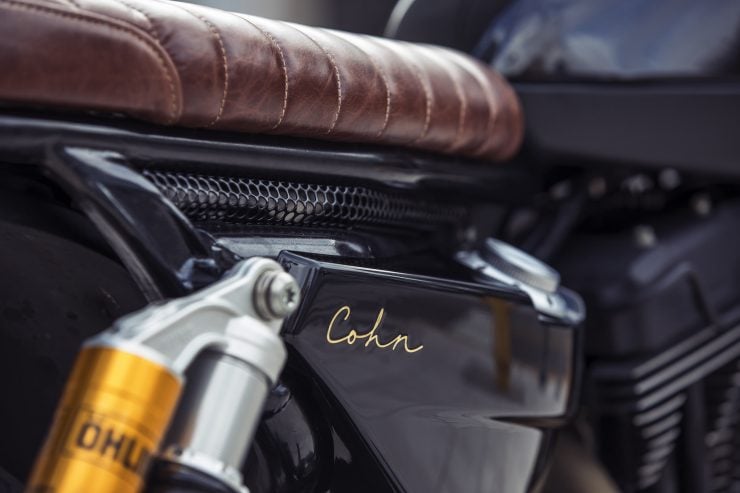 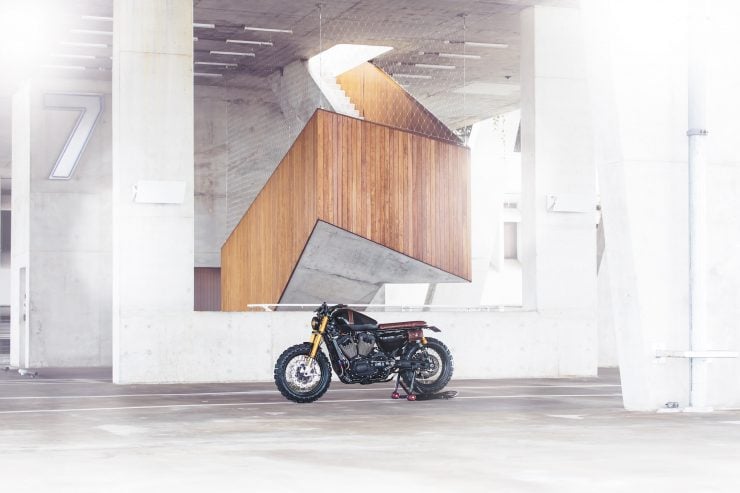 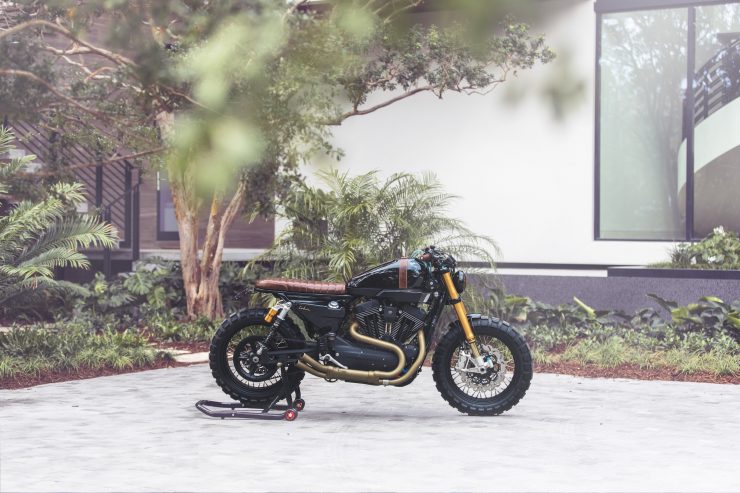 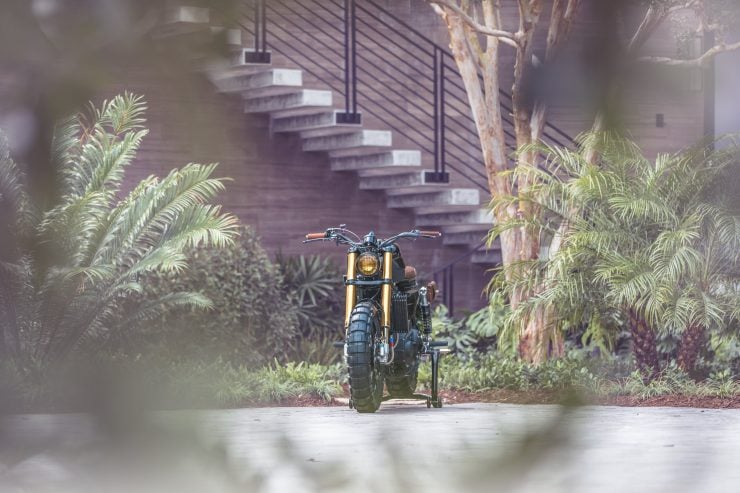 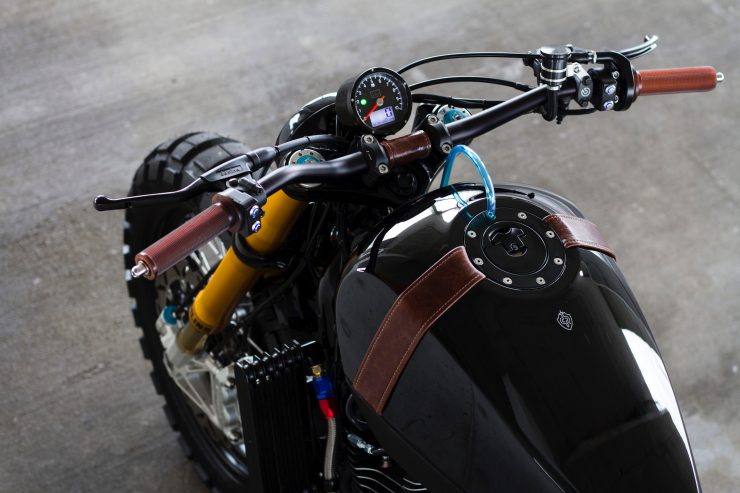 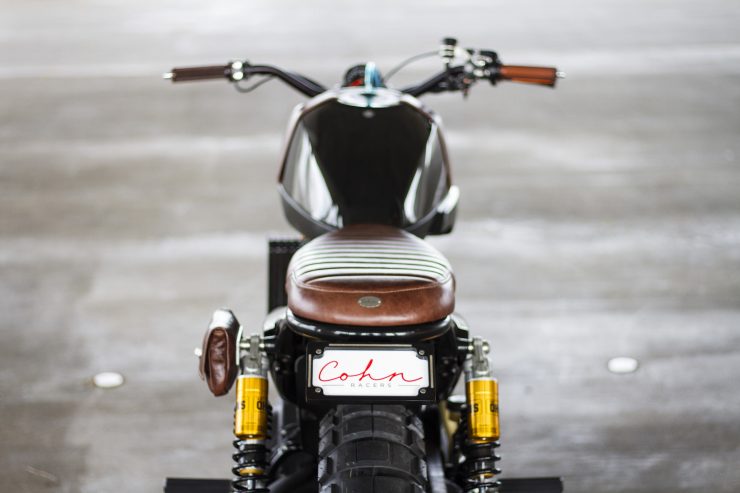 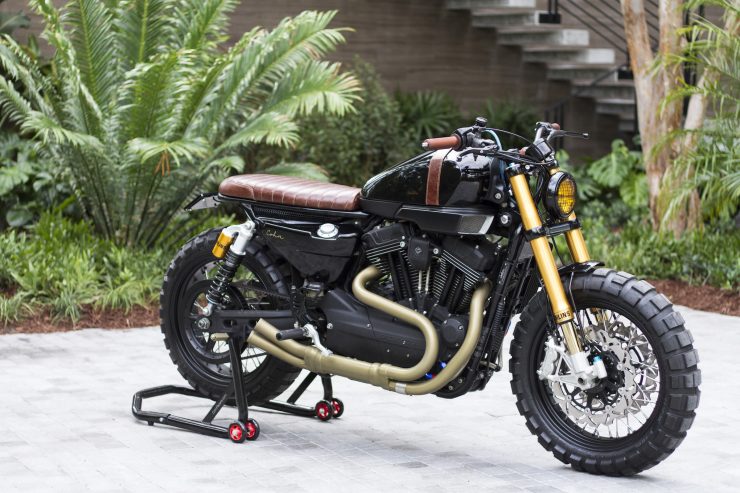 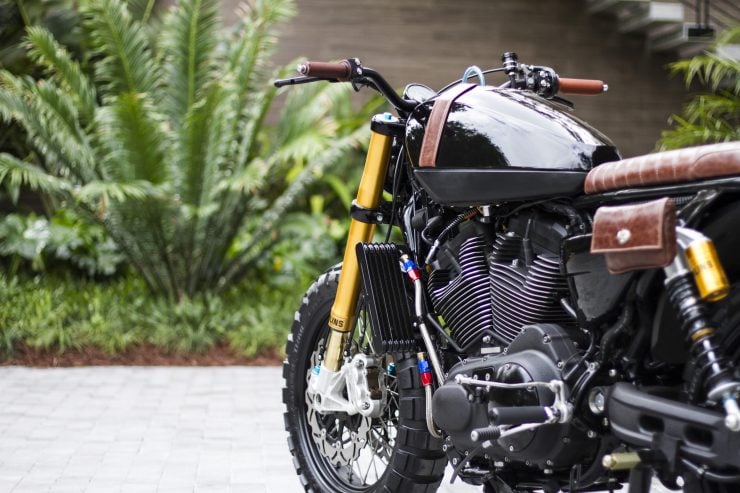 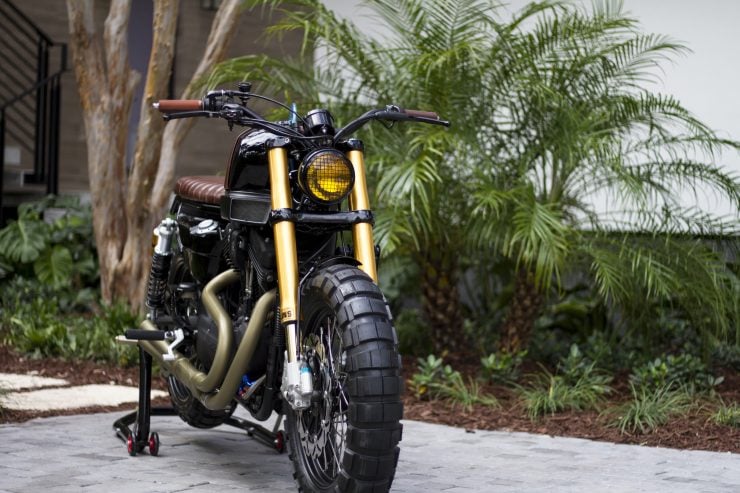 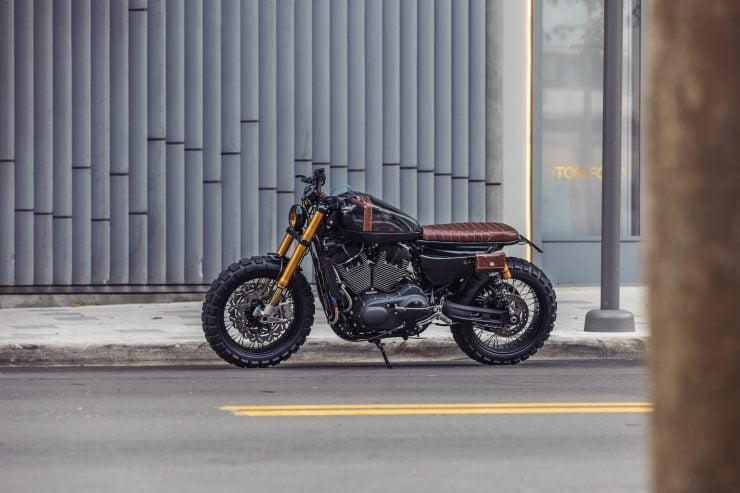 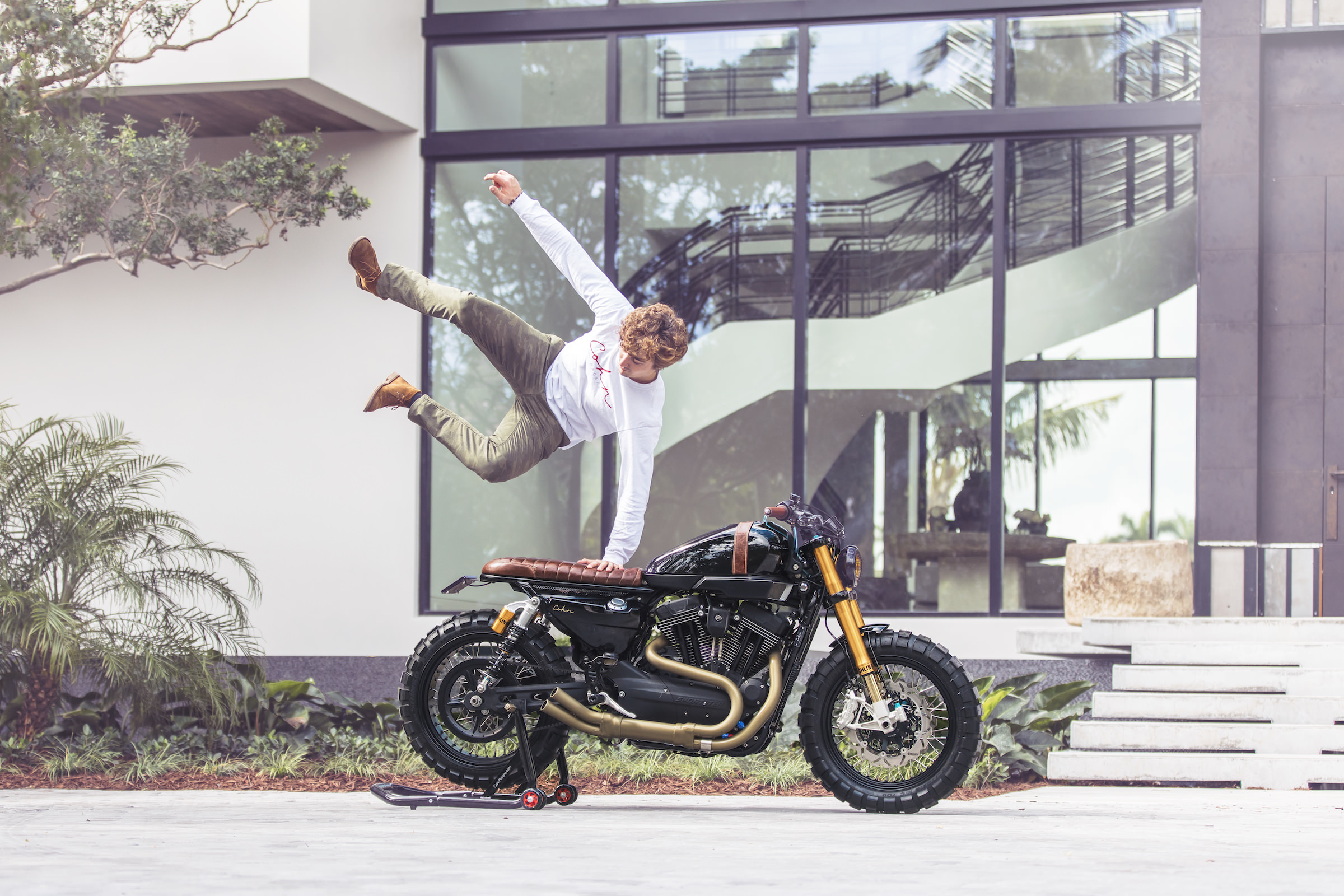