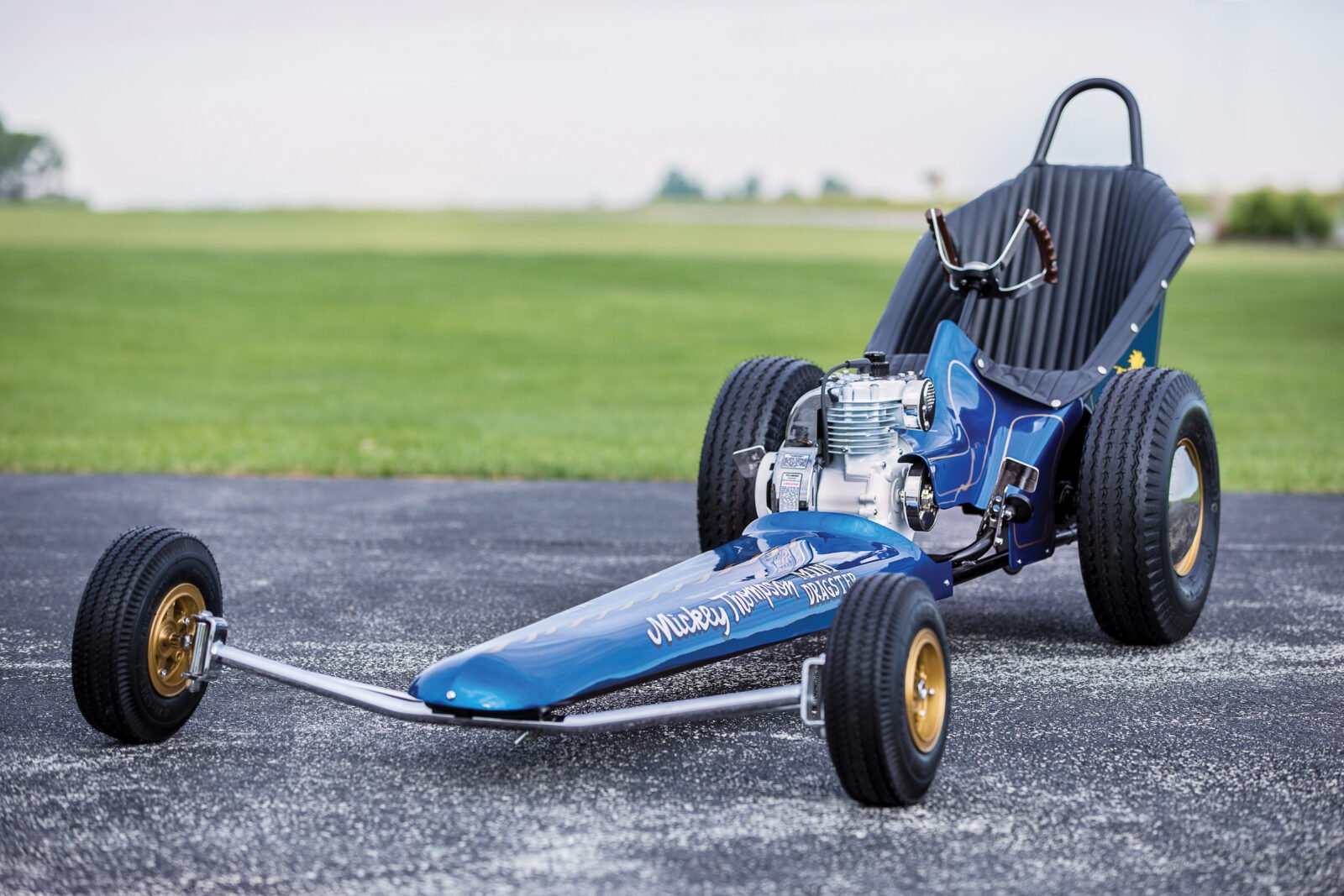 It’s thought that only 180 Mickey Thompson Mini Dragsters were built back in the late 1960s and early 1970s.

Despite their looks, they’re not just for children. They were designed as fun mini dragsters for adults, and due to the location of the seat it’s possible for even novices to lean back while accelerating and lift the front end – just like the full size machines. A pair of small stabiliser wheels are fitted to the base of the seat, but owners have been known to remove them and weld on steel tabs to create showers of sparks.

Racing legend Mickey Thompson designed the Mini Dragster to look just like its larger siblings, including a functional roll hoop behind the driver’s head. The seat is a true bucket that drivers essentially drops themselves into, it provides excellent body holding, and there are just two pedals – a go and a stop.

It’s powered by a 3 hp Tecumseh single cylinder, air-cooled engine with a centrifugal clutch and no gears. Top speed is 20 mph – although when your posterior is millimetres off the ground and the front wheels are in the air, 20 mph can feel mighty quick.

Mickey Thompson and his team designed the Mini Dragster around a tubular frame with no front or rear suspension other than the tire sidewalls. Steering is accomplished using a true-blue drag racing twin grip, and it has a heavy-duty spot brake to get you stationary at the end of your run.

Due to the low production numbers and the fact they weren’t worth much until recently, not many of the original 180 have survived. Those that have made it into the 21st century in original condition are now much sought after by collectors and those who want to climb in and have a go.

This one is thought to be worth $20,000 to $30,000 USD, and it’s due to roll across the auction block with RM Sotheby’s in mid-January. If you’d like to read more about it or register to bid you can click here to visit the listing. 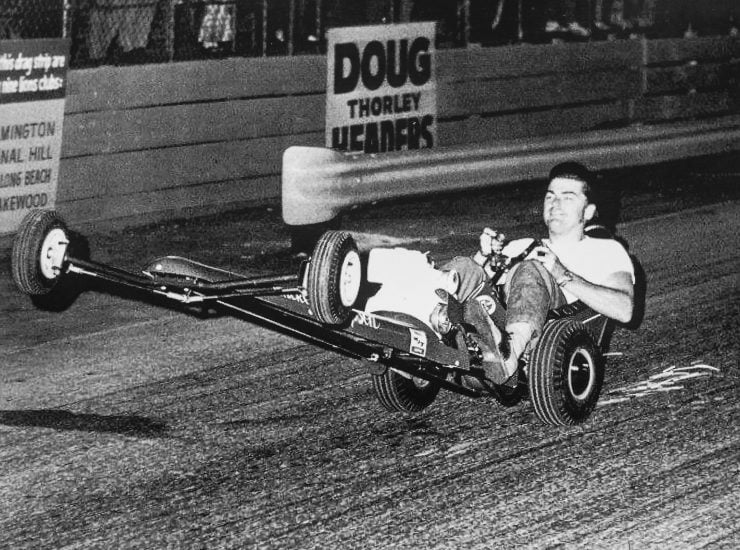 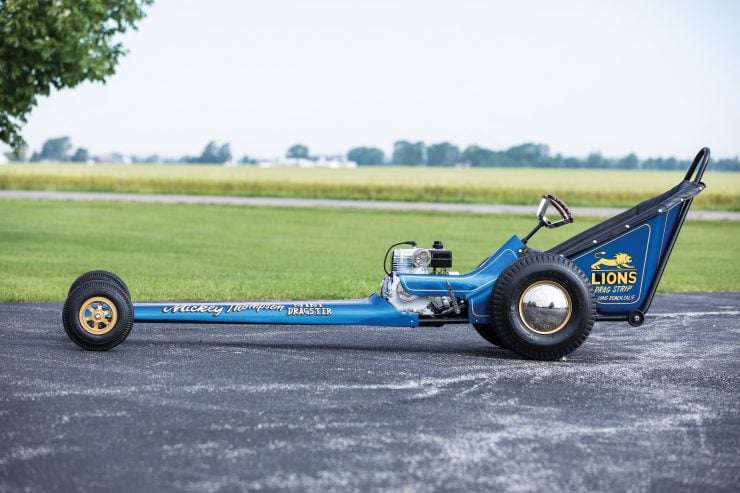 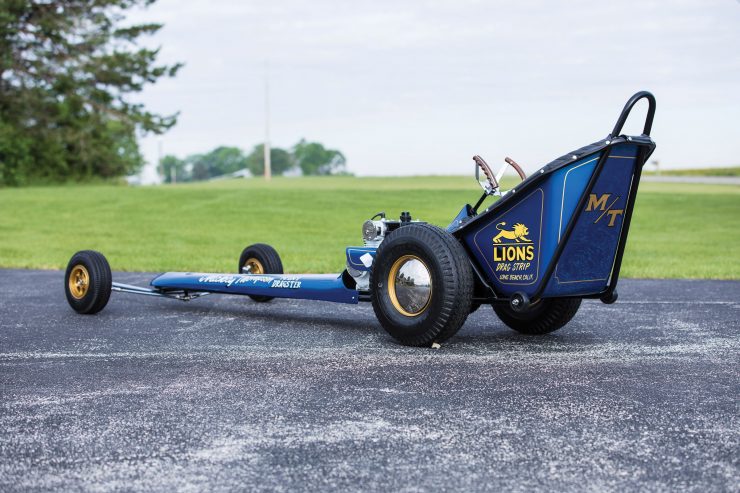 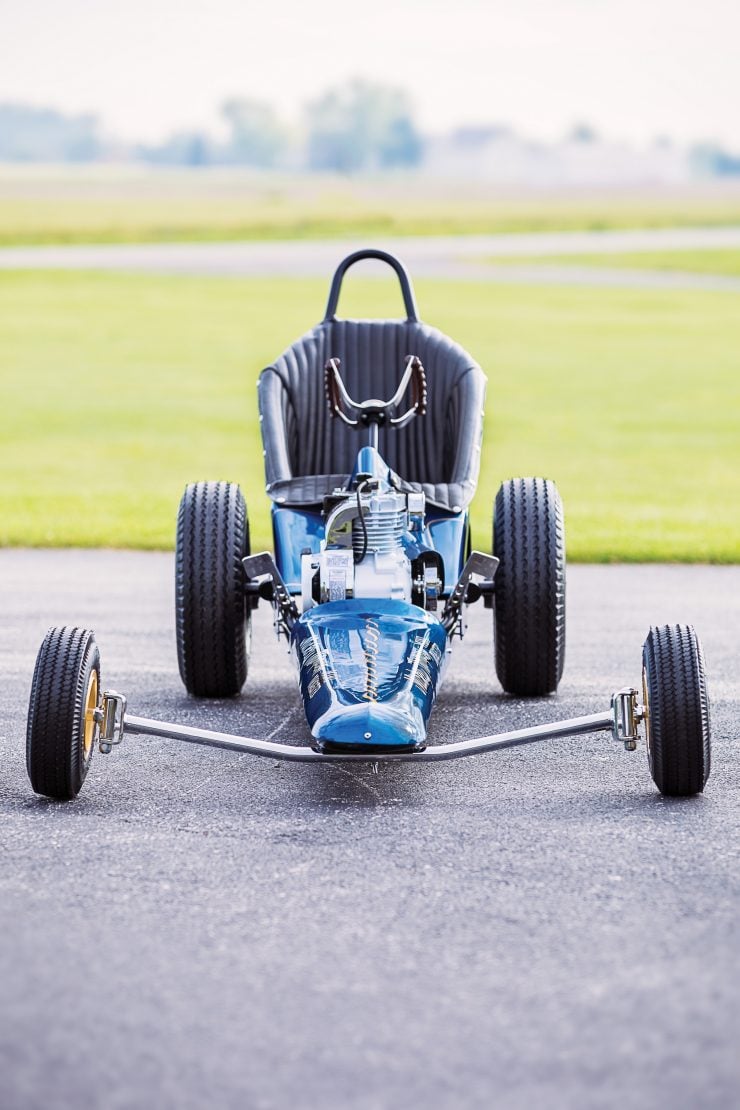 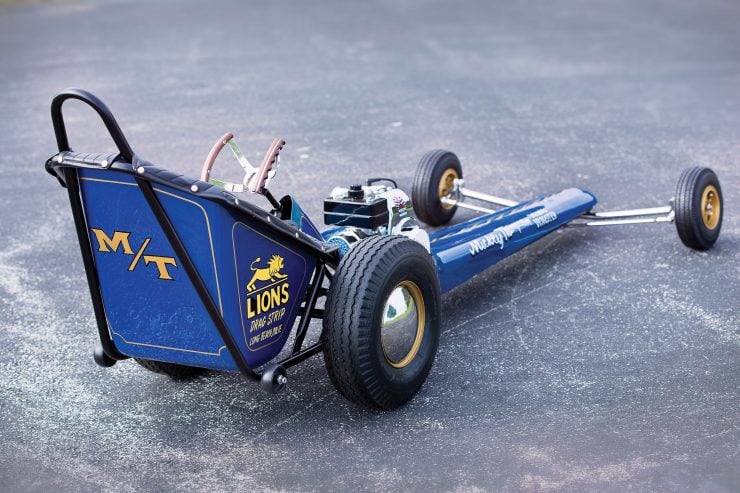 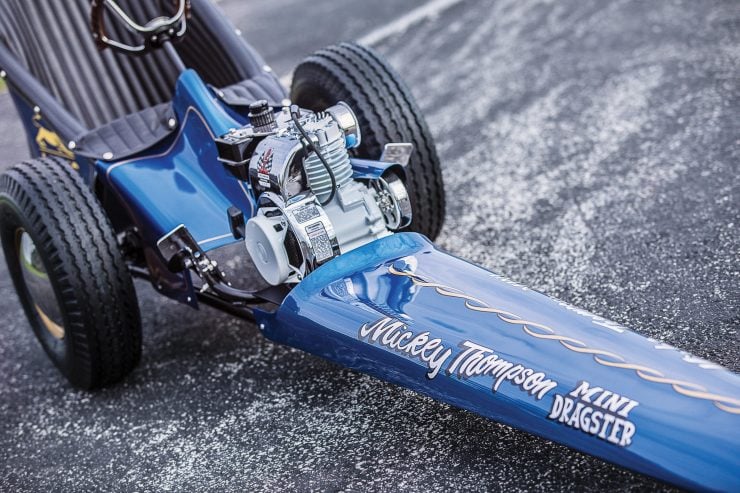 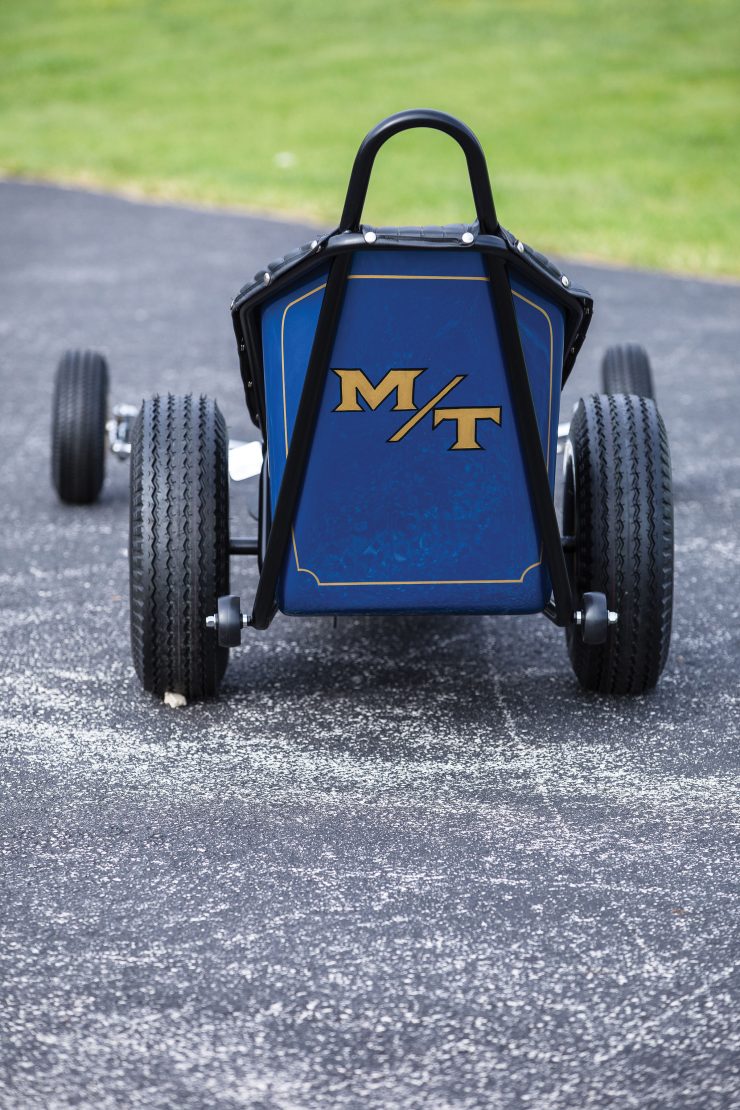 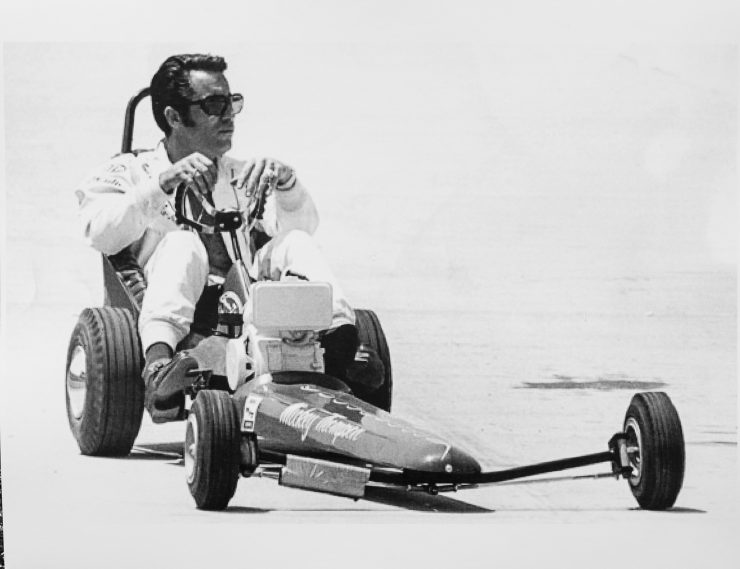 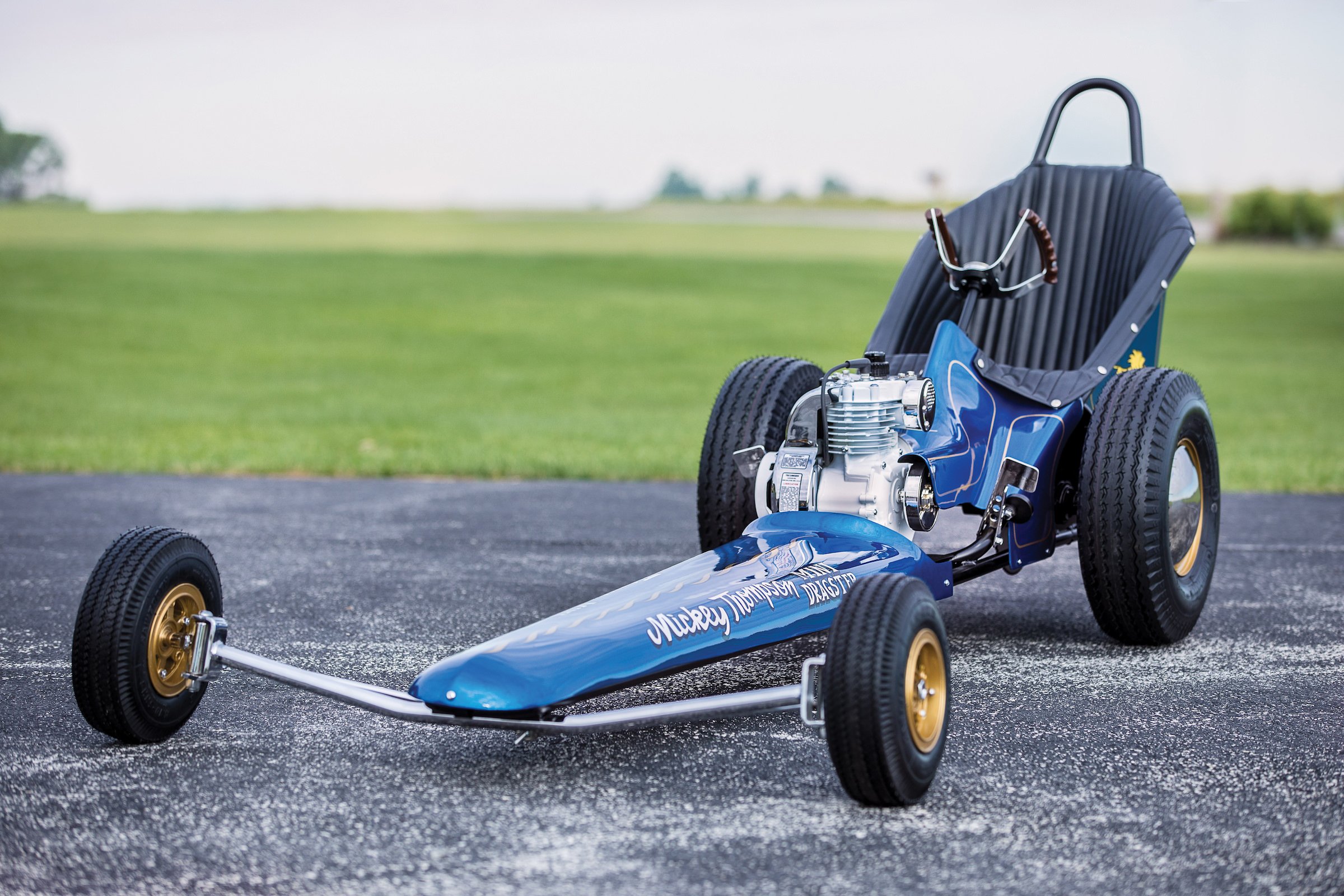