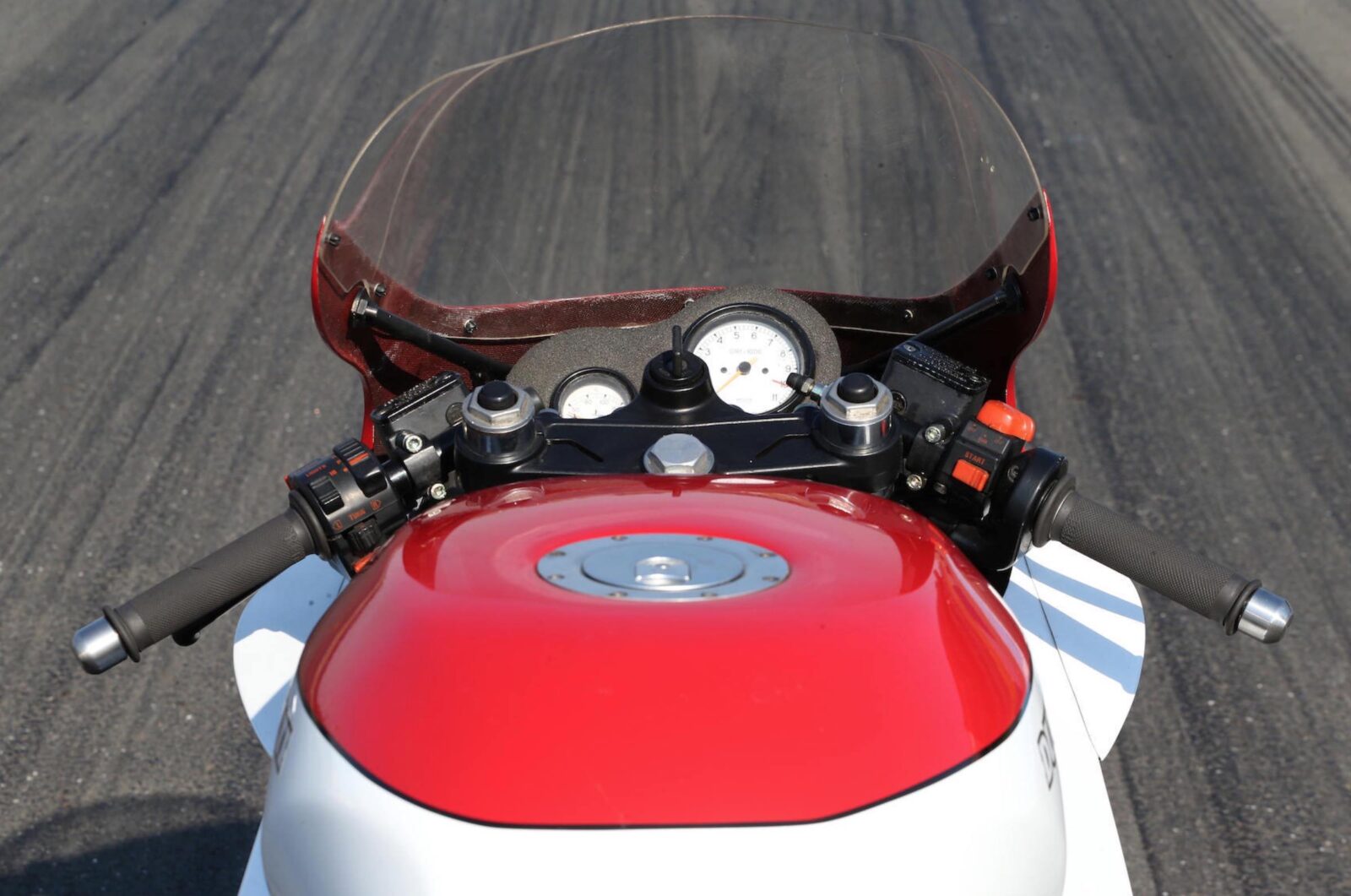 The Ducati 851 is a motorcycle that needs no introduction to anyone who was following the Superbike World Championship when it first launched back in the late 1980s.

The outgoing Ducati 750 F1 had reached a development bottleneck, largely due to the fact that it had two-valve heads and air-cooling – the Ducati 851 would introduce liquid-cooling and new 4-valve heads developed by Massimo Bordi with input from Cosworth.

The pace of superbike engineering development was white hot in the late-1980s, the rapid evolution of racing motorcycles had been fueled by a number of factors, perhaps none more so than the battle between the Japanese and European motorcycle marques for supremacy on the track – which resulted in success on the sales showroom floor.

The Ducati 750 F1 had enjoyed no small amount of success, but it was getting long in the tooth, and Ducati knew it was time for a step up to better breathing 4-valve heads and liquid-cooling. Ducati engineer Massimo Bordi had designed a 4-valve desmodromic motorcycle engine for his thesis at the University of Bologna all the way back in 1973, he would dust off these original designs as the starting point for the new Ducati 851 heads. 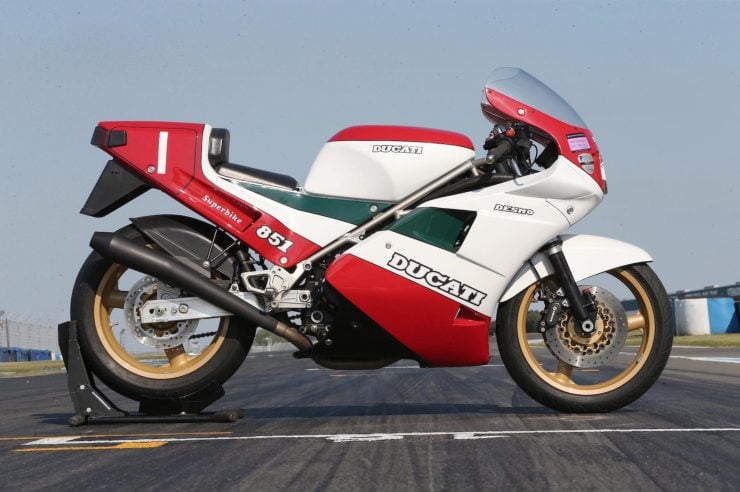 This new 8-valve engine was fitted to a traditional Ducati trellis frame, with a monoshock rear, an aerodynamic fairing, twin 320mm discs up front and a single 240mm disc in the rear. The dry weight of the racing version of new Ducati 851 was just 148 kilograms, and its new engine was capable of 132 hp. This made for a potent racing bike – so potent in fact that it won the first ever World Superbike Championship race in 1988 at Donington Park with Marco Lucchinelli in the saddle.

In some respects the Ducati 851 is the bike that brought the storied Italian marque into the modern age, and today it’s greatly respected within the motorcycle community because of this, and because of its long list of race wins and championships.

Alan Cathcart is quite possibly the most famous motorcycle journalist in history, he’s universally loved and respected, and he’s a former professional motorcycle racer himself. Early in his career he won the Australian TT twice (at Bathurst), the Daytona ProTwins three times, the Daytona F750 once, and twice finished runner-up in the European Supermono Championship.

When he’s not racing, Alan is one of those slightly annoying individuals who overachieves at literally everything. He has a law degree from Cambridge University, speaks five languages, and he became a full-time syndicated freelance motorcycle journalist in 1981 – now published in 29 countries to an audience of over 18,000,000 readers. 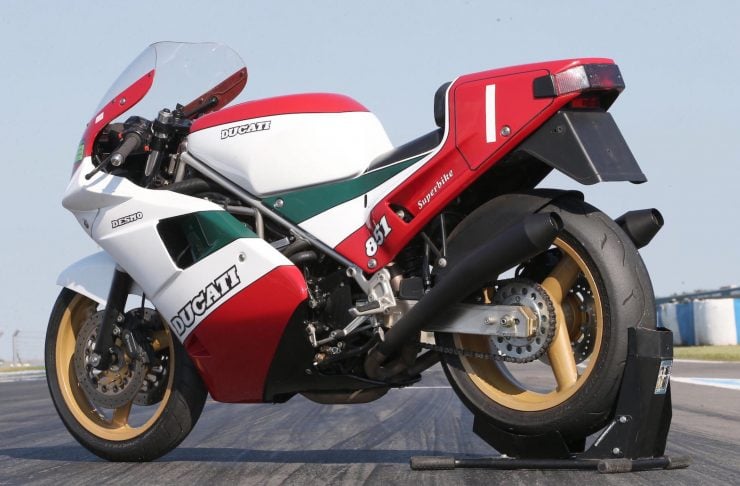 Alan originally bought this bike, a rare Superbike Edizione 11/1987 version of the 851, in order to race it in the BEARS (British, European, America, Race Series) in New Zealand. Sadly, the bike was impounded at Milan airport and never made it. By the time he received it the issue faced early in the lifecycle of the 851 with cracking crankcases had become a known issue, and this bike suffered the same fate on its second outing. Alan opted to wait for the redesigned crankcases (built from 1989-onwards) before having the engine rebuilt.

From 1991 onwards Alan was contracted to race for Bimota, so the Ducati stayed in storage largely unused for 20+ years. In 2014 Alan’s former race engineer, Alistair Wager, restored the bike to original factory specification, and it made its first track outing at that year’s Bikers Classic event at Spa Francorchamps.

Alan has now decided to put his Ducati 851 up for sale, in the hope that it’ll go to a new home where it’ll be used regularly – and add some numbers to the odometer that still only reads ~500 miles. Bonhams have estimated that it’ll sell for between £35,000 to £45,000 when they auction it at the Spring Stafford Sale on the 22nd of April. If you’d like to read more about the bike or register to bid, you can click here to visit the listing. 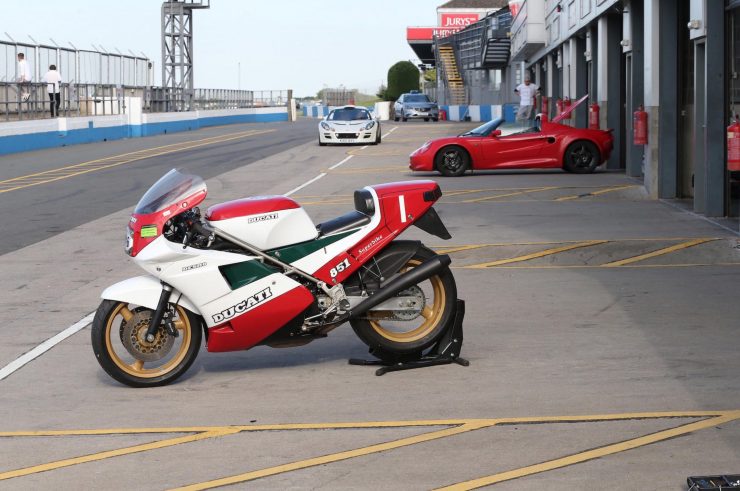 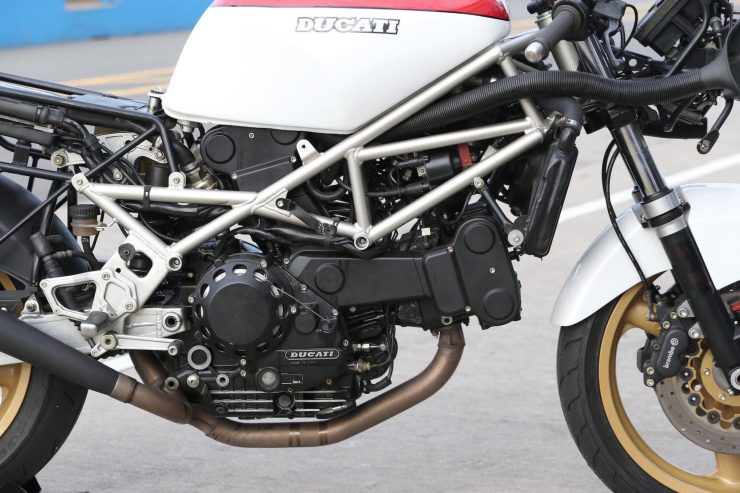 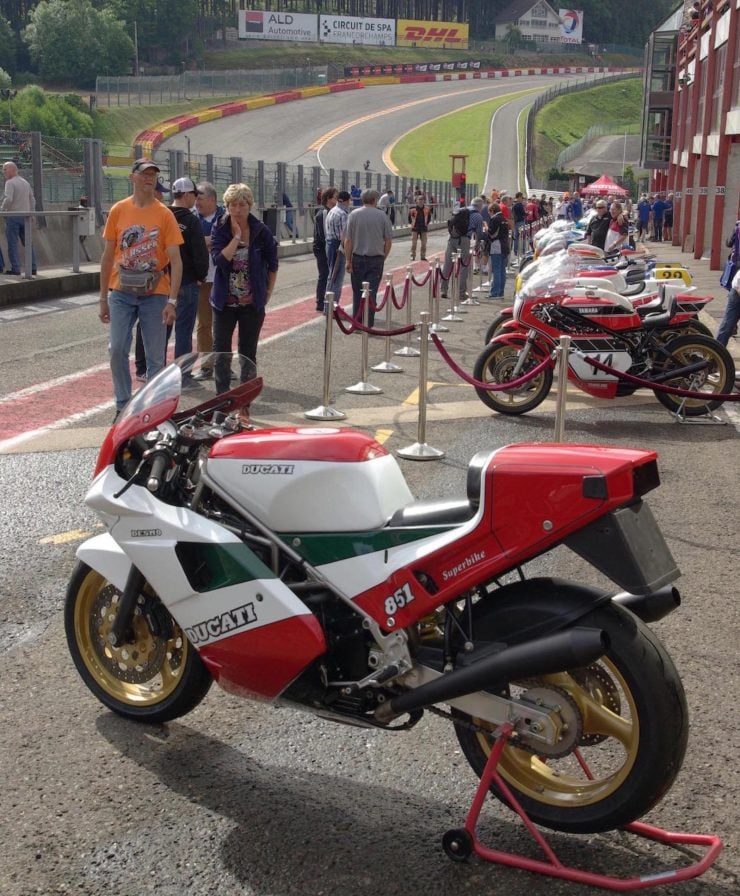 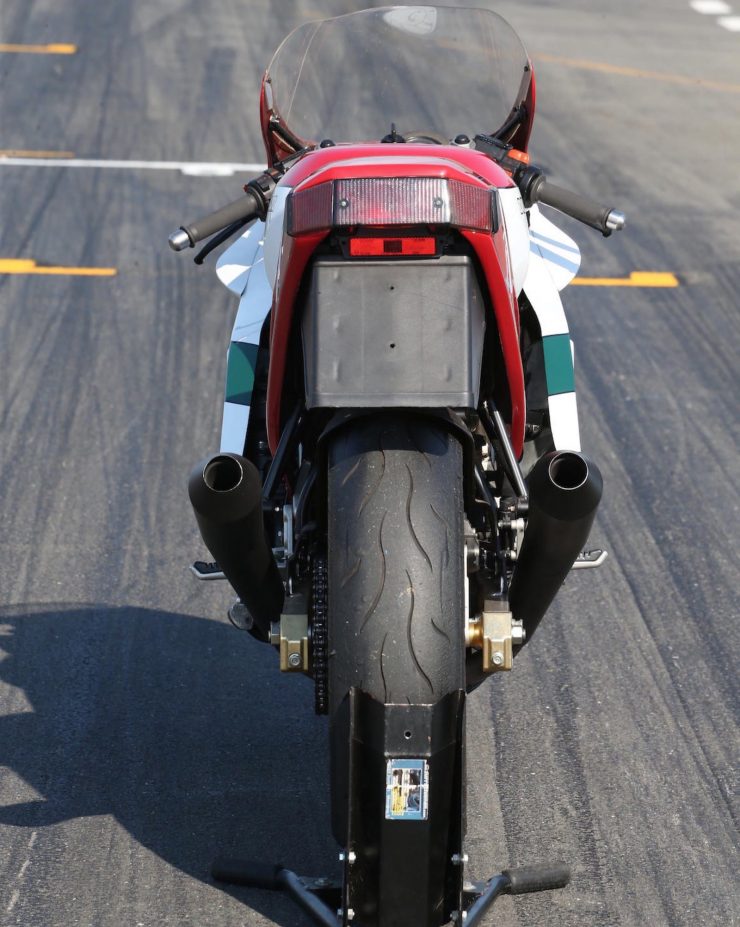 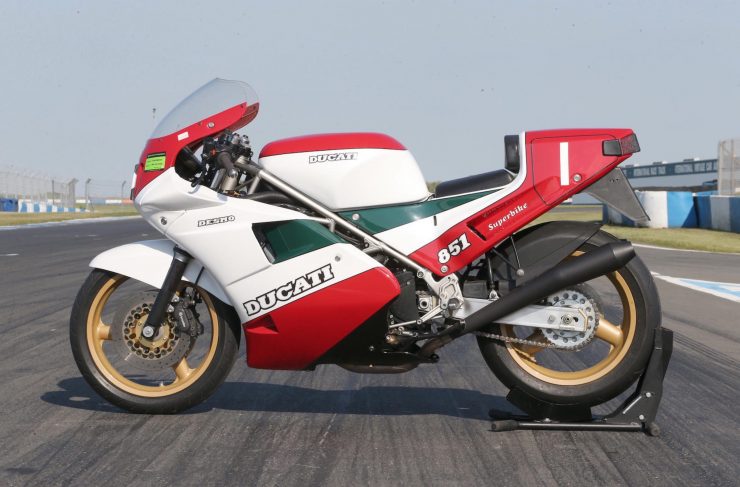 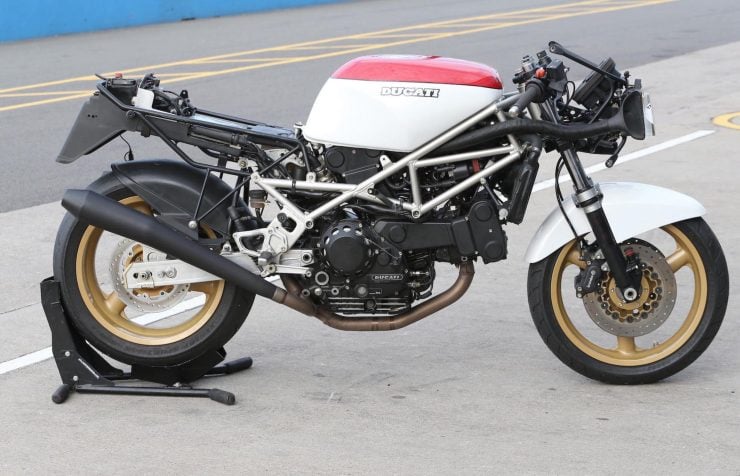 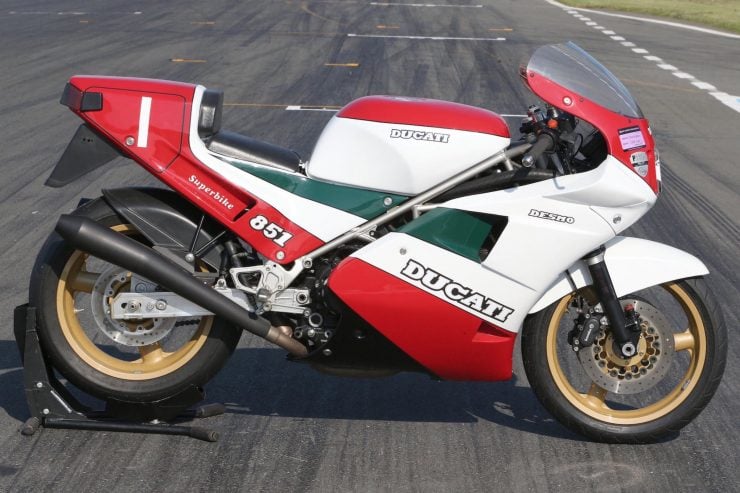 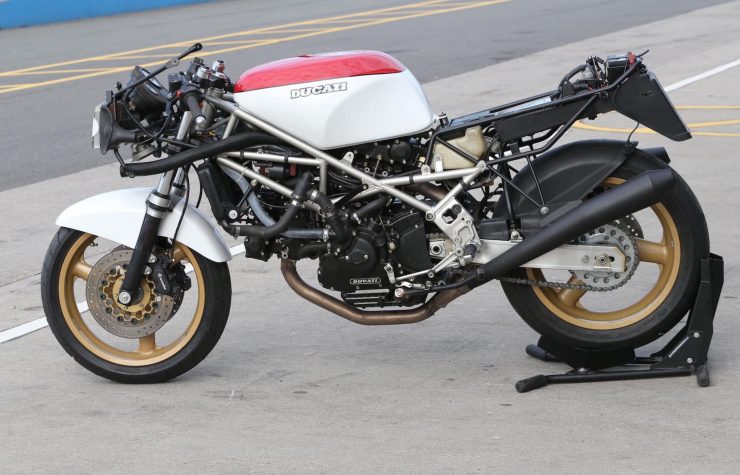 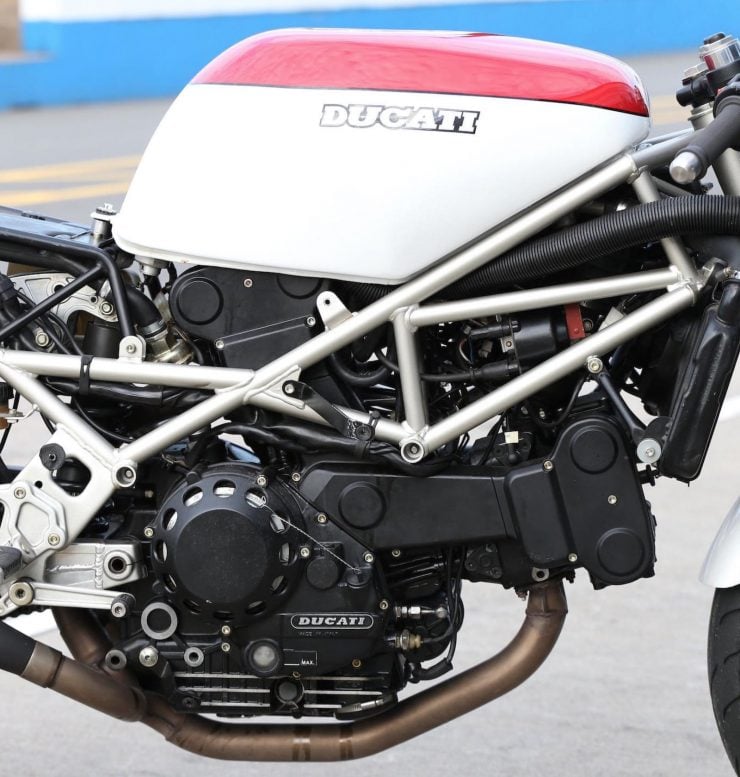 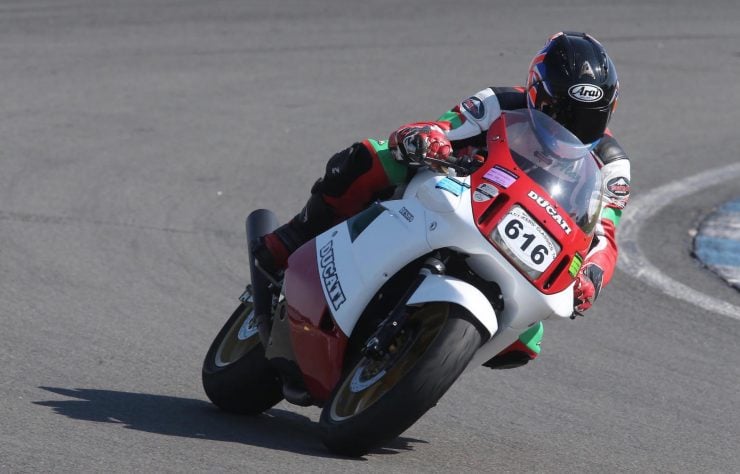 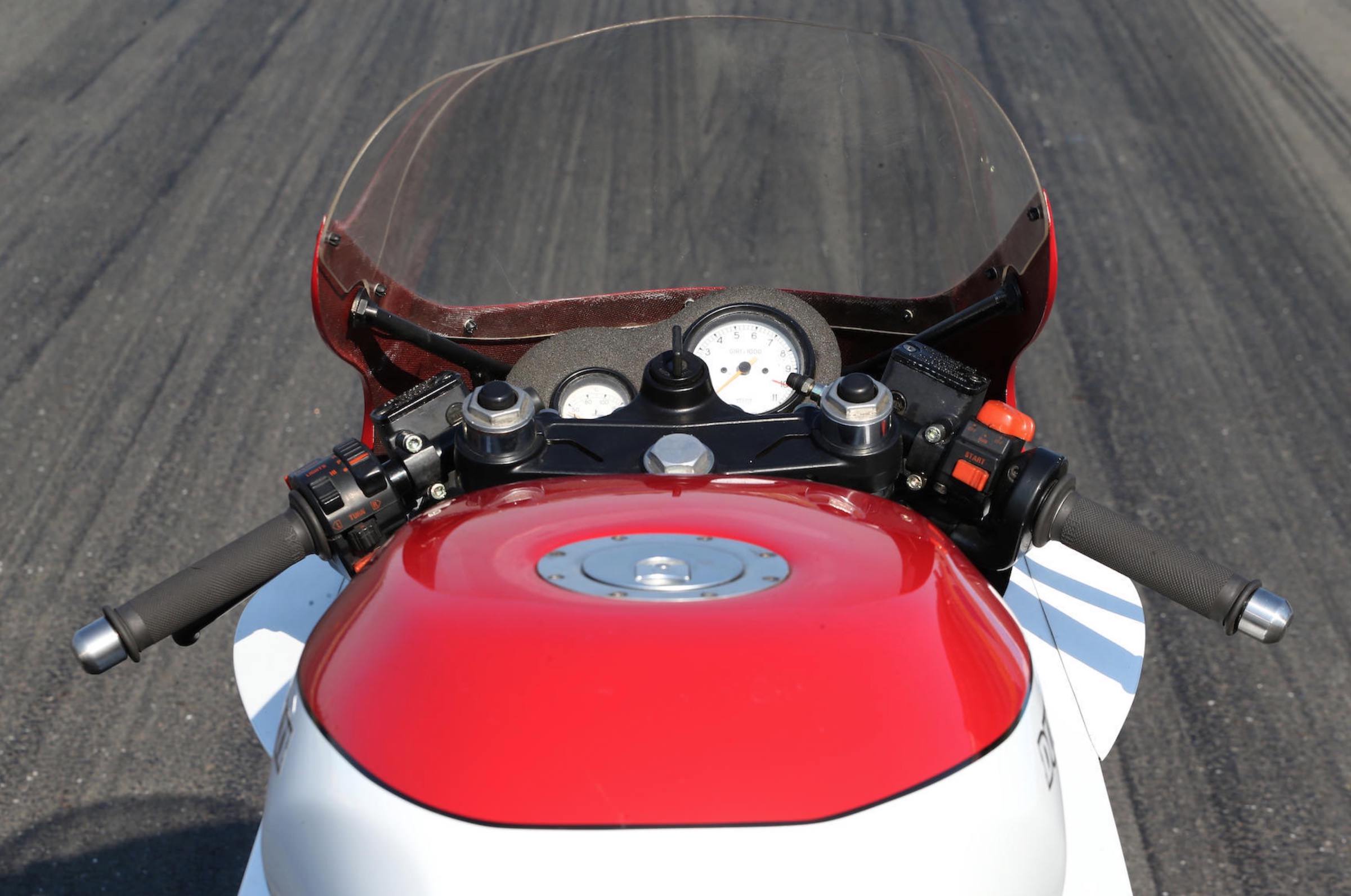