The humble Sportster is one of the most popular bases for custom motorcycle building in the US, interestingly it’s also a wildly popular bike for tweaking within the Japanese bike building community. This example, built by Hidemo, is based on a 2011 model, 1200cc Sportster 48, the engine remains largely unchanged although the rest of the bike has seen some well-thought out work.

Starting from the front of the bike, Hidemo fitted a cropped front fender and classic Firestone rubber, they added custom grips, drop mirrors, and blinkers, added a beautiful, understated paint job to the tank, they also added a custom air-filter cover, seat and rear lights, before adding a matching-size Firestone to the rear rim.

In a way, Hidemo have created a bike that Harley could realistically sell themselves with minimal changes to the production process. I’d love to see Harley open a Skunk Works Division in Japan and give companies like Hidemo, Brat Style and Zero Motorcycles free reign to create beasts like this, for public consumption.

Check out more from Hidemo here. 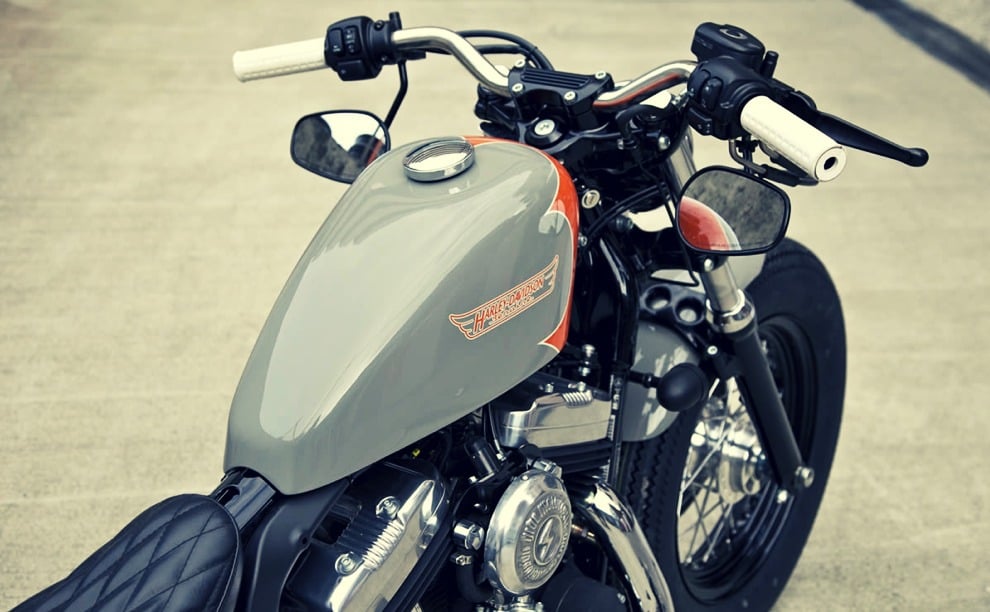 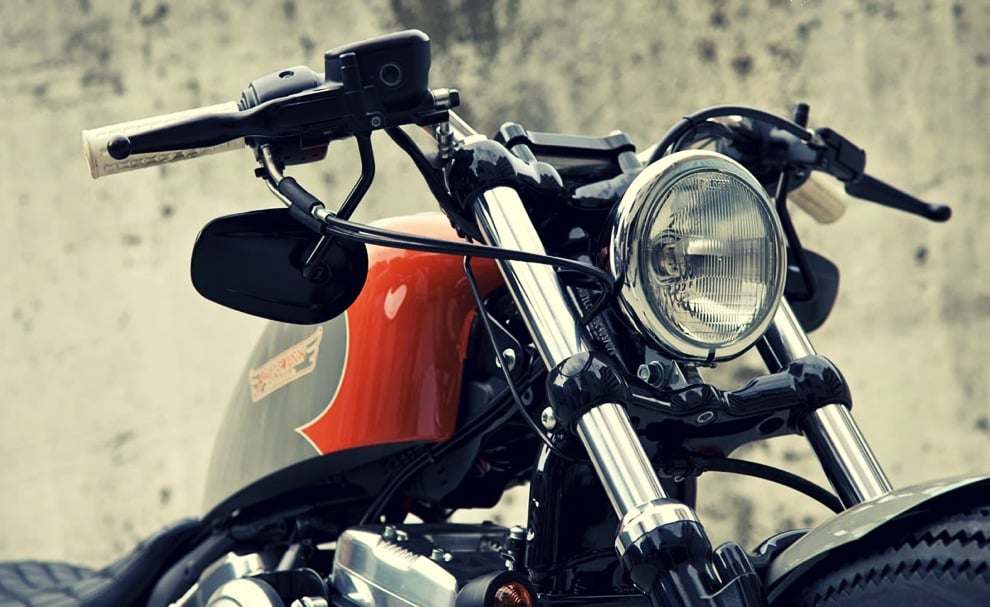 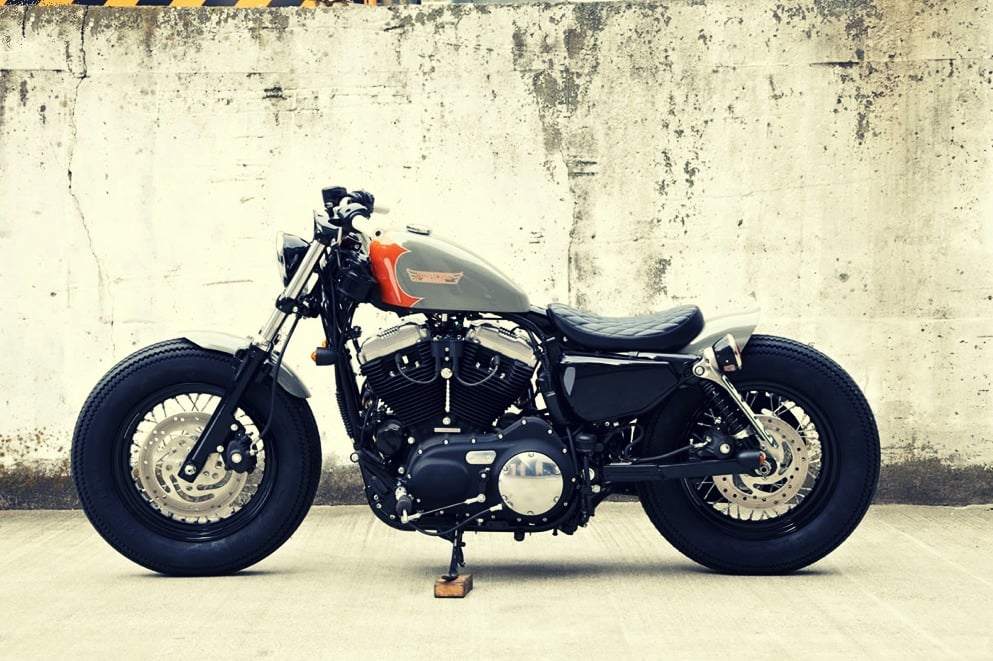