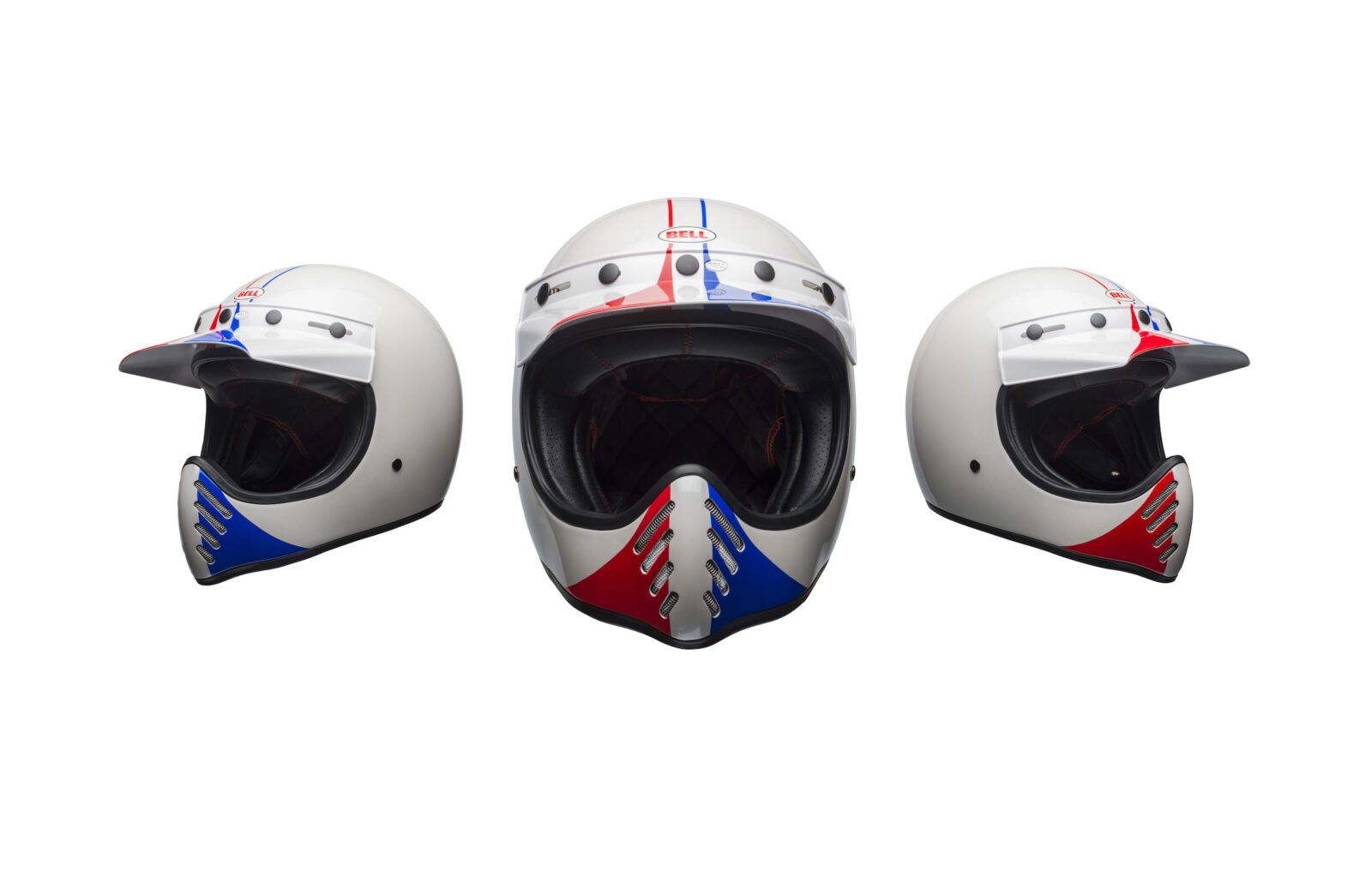 The Bell Moto-3 Ace Cafe GP 66 Helmet looks almost identical to the helmets worn by enduro, scrambler, motocross, and desert riders in the 1970s. Despite this vintage look, the helmets are made using modern materials to modern safety standards – meeting or surpassing both the DOT (American) and ECE 22.05 (European) helmet certification standards.

In recent years Bell has introduced the Bell Bullitt, a retro full-face road helmet, the Bell 500 series, a retro 3/4 face helmet, and most recently the Bell Moto-3, a retro enduro/motocross helmet. Each of these designs have proven popular on their own merit, and each is made using a modern lightweight fiberglass composite shell as their primary structure.

The variant you see here is the new Bell Moto-3 Ace Cafe GP 66 Helmet, it was designed in collaboration with the team at the iconic Ace Cafe in London – the original home of the now world-famous cafe racer motorcycle genre.

The Ace Cafe had humble beginnings as a transport cafe in Stonebridge, north-west London, but due to its proximity to the new North Circular Road it became a hotspot for amateur motorcycle racers on their Tritons, Nortons, BSAs, and Ariels. Riders would challenge each other to race, and as the legend has it they would play a record on the jukebox, then race to get back before the song finished.

The helmet features a Union Jack inspired red, white, and blue livery with a red stripe on the right, and a blue stripe on the left. It ships with the detachable sunvisor, and there’s an Ace Cafe logo on the back – celebrating 80 years since their founding.

Importantly, Bell builds the Moto-3 in three different shell sizes, allowing small, medium, and large headed people to get a size exactly right for them – very important for safety. It has a full internal EPS liner (including on the chin bar), and a removable/washable anti-microbial terrycloth liner. 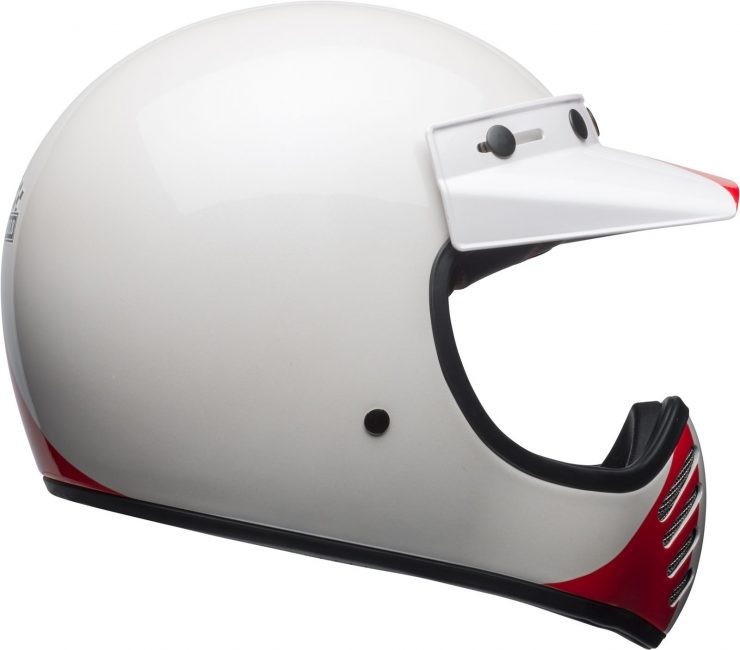 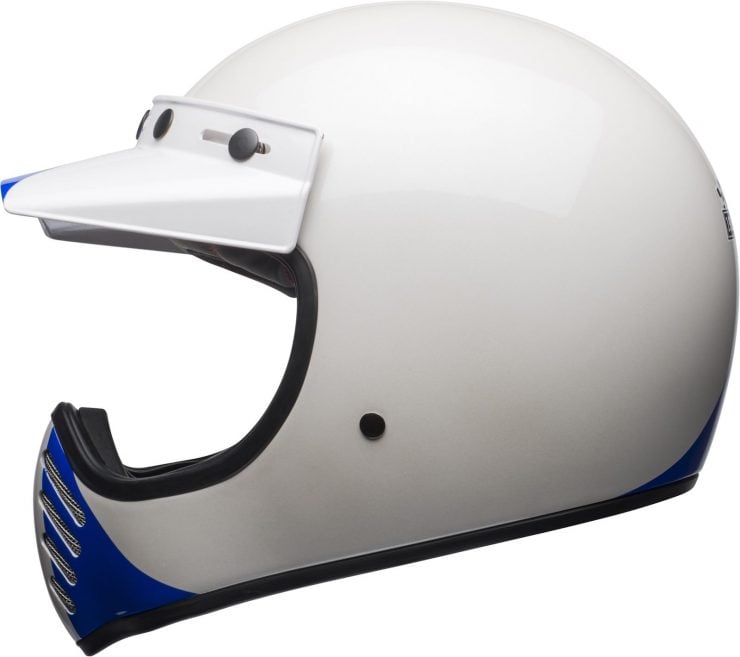 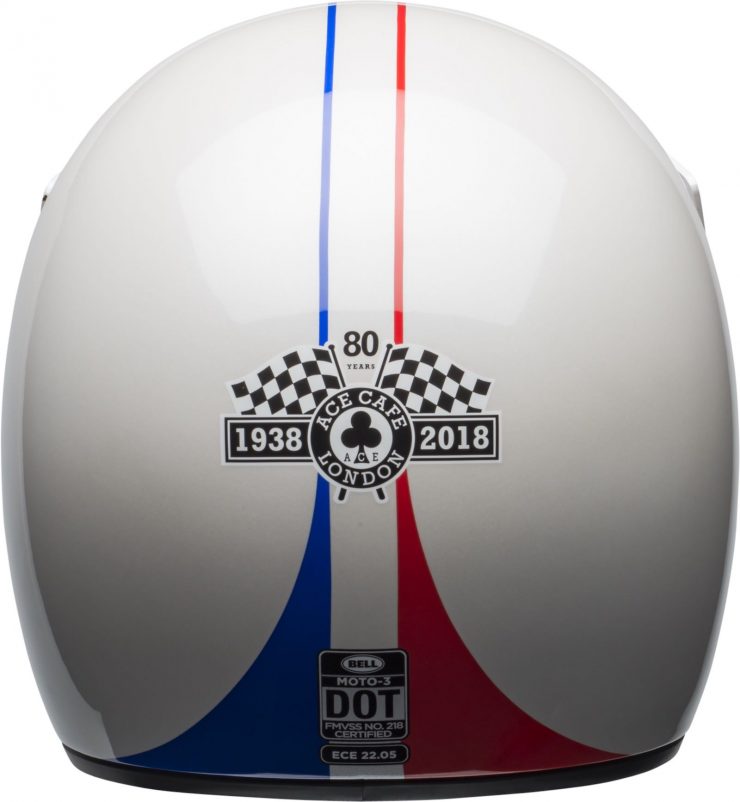 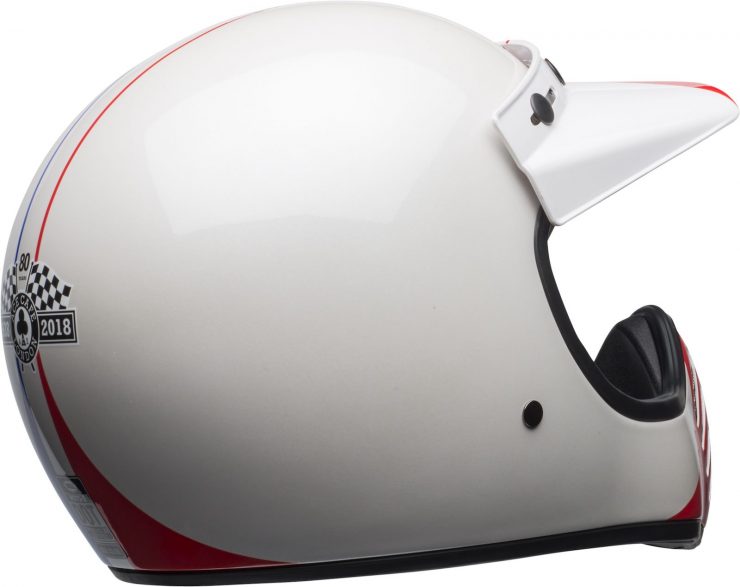 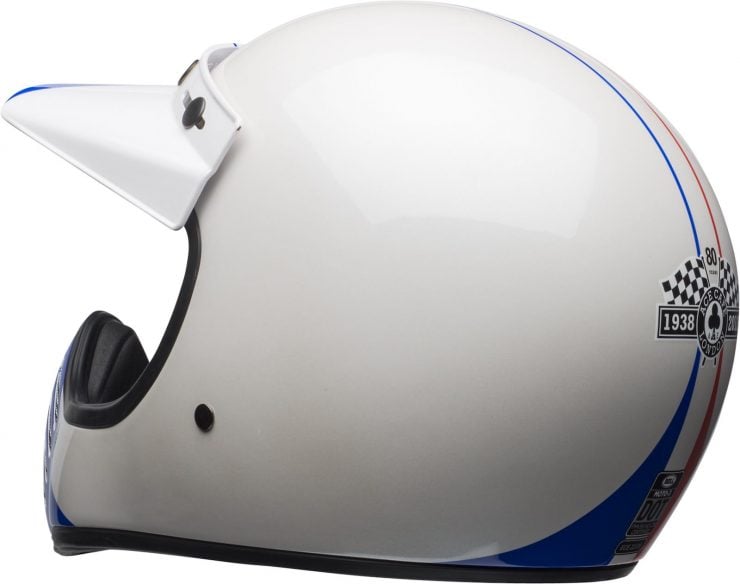 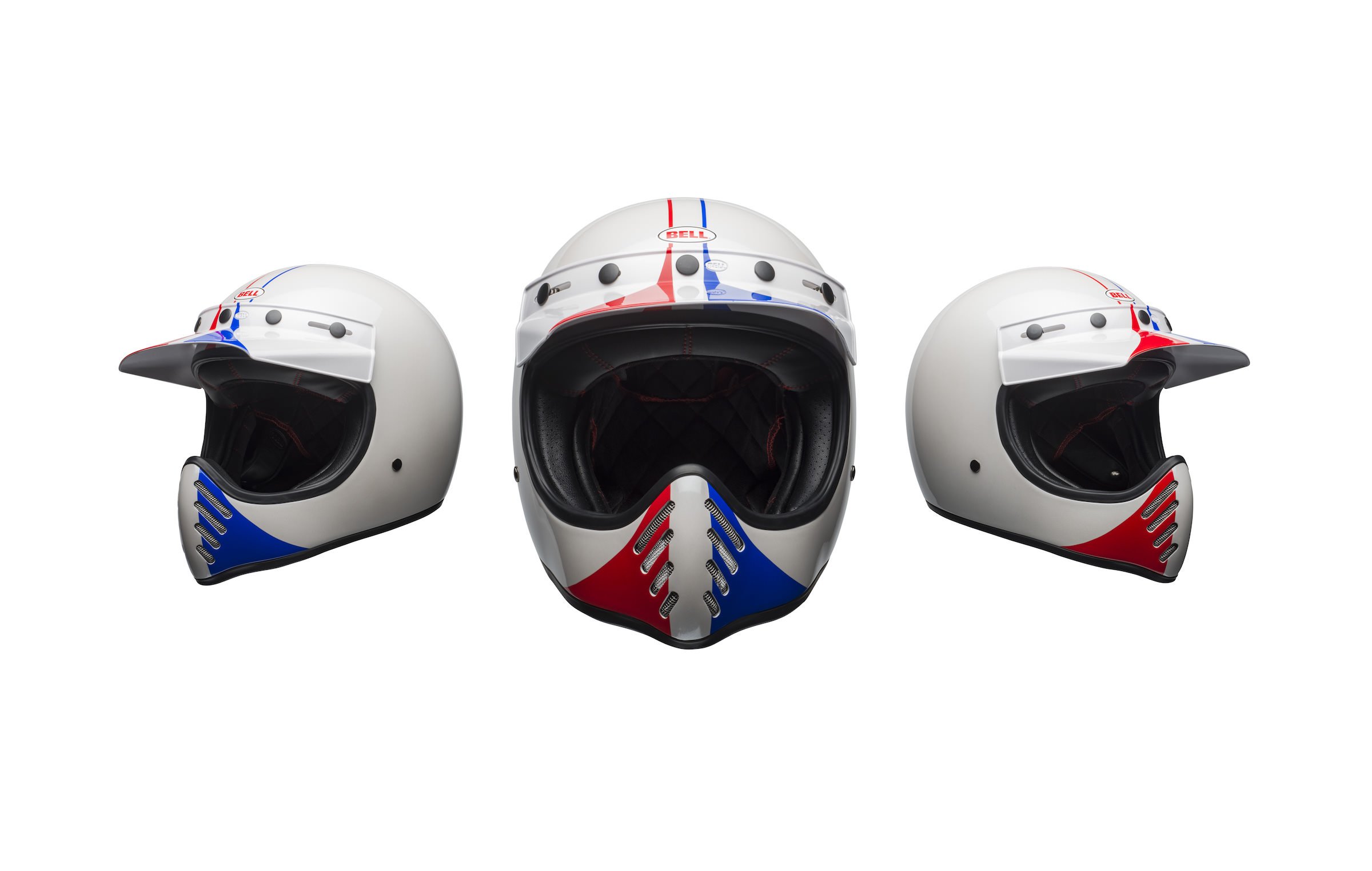