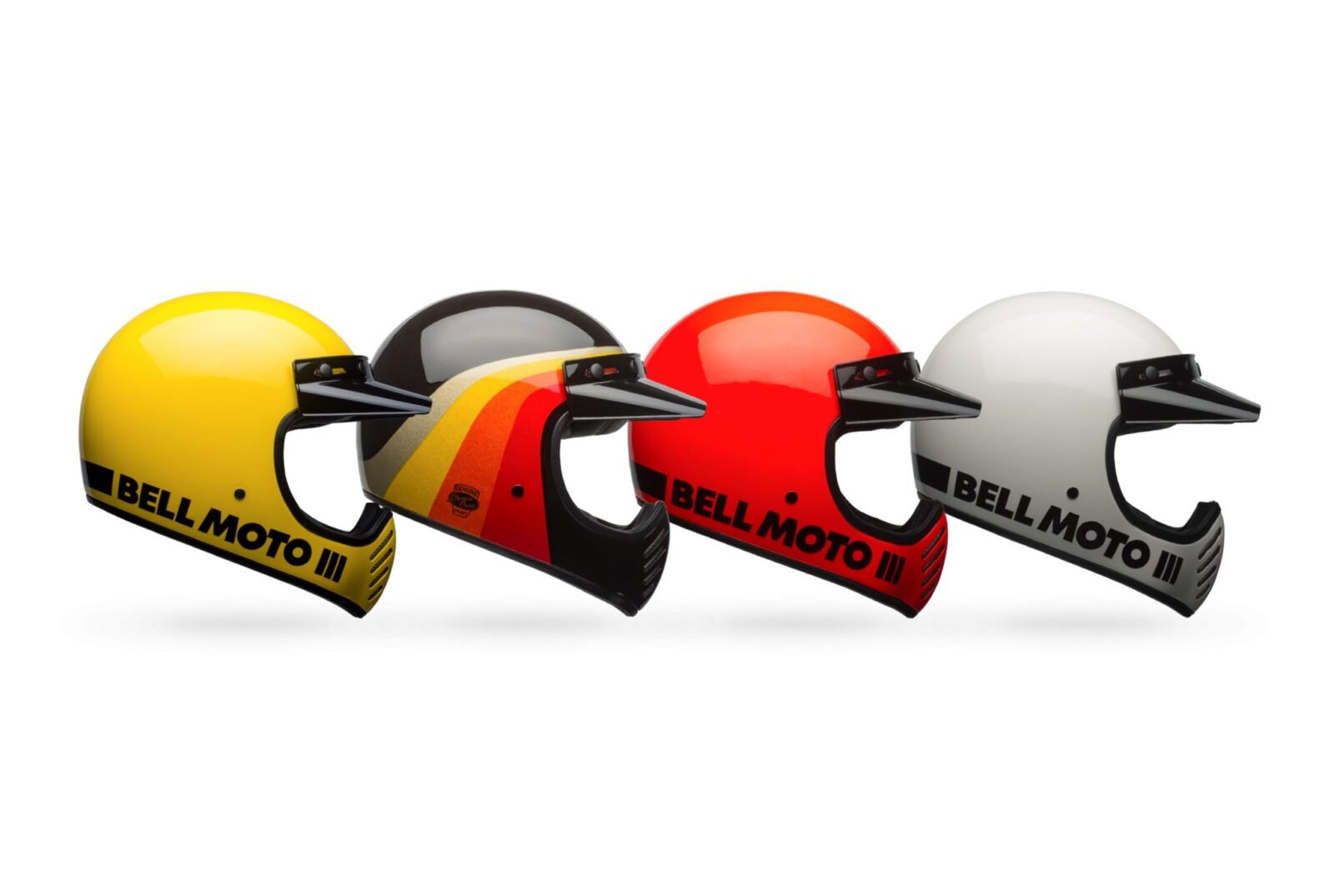 When Bell Helmets announced they’d be bringing back their Moto-3 Helmet made famous during the ‘70s, the classic motorcycle world sat up and took notice.

There’s been a measurable shift back towards the simpler, less edgy gear worn by our motorcycling forebears in recent years – with the added benefit of modern construction techniques and materials, resulting in traditionally-styled equipment that’s just as safe as normal modern gear.

The first foray into the popular retro-realm by Bell was the Bell Custom 500, a 3/4 face helmet that meets DOT and ECE safety standards, utilizes a multi-density EPS impact absorption liner, has an outer shell made from multi-layer fibreglass, and ships with a 5-year warranty.

More recently the company brought in designer Chad Hodge and developed a production-version of his hugely popular Bullitt helmet design – formerly a prototype, it was so popular that an extensive program was undertaken to keep the original design, and make it both DOT and ECE standards compliant.

The full face Bullitt helmet is now one of the most popular choices for those who ride vintage and classic motorcycles, and it has the distinction of being popular with a vast array of different motorcycle communities – from the Harley guys to the Vespa enthusiasts and everyone in between. No mean feat in the traditionally tribal world of motorcyclists.

In 2016 Bell rolled out their newest addition to their expanding “Culture Classics” range – the Moto-3. It’s based on their original enduro and motocross helmet from the ‘70s, however it’s been completely upgraded with all new materials and some design tweaks to make it safer and stronger.

The original Moto-3 was almost certainly the most popular motocross/enduro helmet of the 1970s, and many of them continued protecting heads both young and old well into the ‘80s and beyond. The iconic design of the helmet’s shell have seen vintage examples of the helmet popular with collectors – and there are companies dedicated restoring them to as-new condition with a new EPS liner, cotton liner, and outer shell paint. Though obviously these helmets are only good for display use.

By redeveloping the Moto-3 and making it safe by modern standards, Bell have revived one of their most beloved lids for a new generation of riders – many of whom were born long after the original went out of production.

The all-new Moto-3 has 3 shell sizes to ensure an ideal fit for all heads, there are also 4 internal EPS sizes to make sure everyone is getting the same amount of impact absorption. Importantly, the chin bar has an EPS layer for frontal impact absorbtion. The outer shell is made from lightweight fibreglass to reduce neck fatigue, there’s a removable/washable liner too, and a secure 5 snap visor to keep the sun out of your eyes. 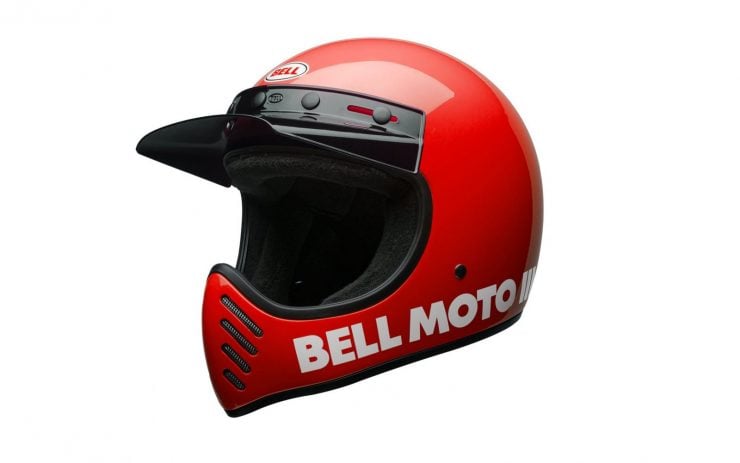