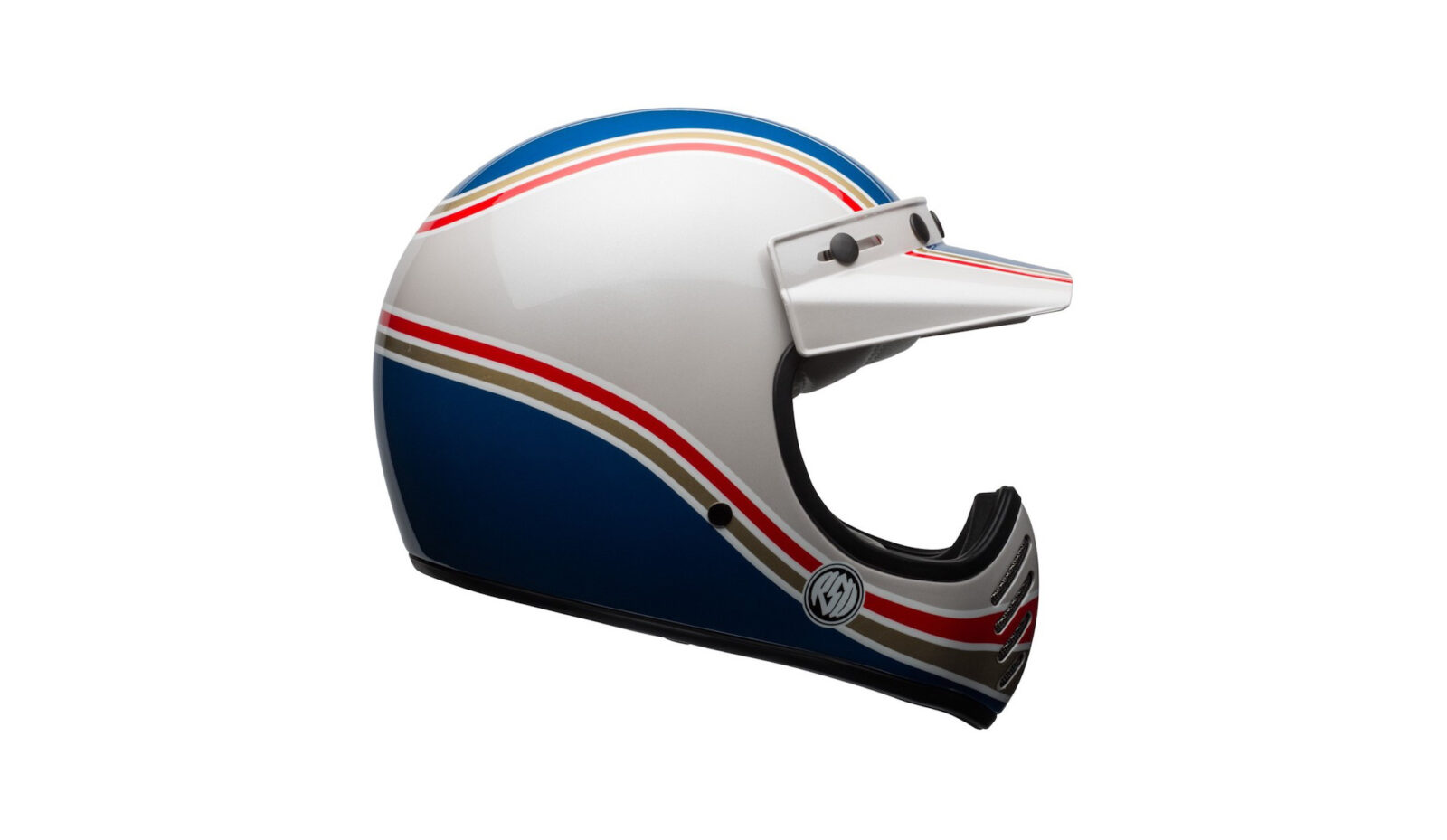 The Bell Moto-3 RSD Malibu Helmet is a new version of the Bell Moto-3, a helmet based on the original off-road Bell helmet from the golden age of motocross. Bell were encouraged to re-engineer the Moto-3 after the runaway success enjoyed by the Bell Bullitt – a retro full face helmet that’s proven hugely popular since its release.

Following in the footsteps of the Bullitt, the Moto-3 has been rebuilt from the ground up, with an all-new lightweight fibreglass shell, an EPS liner (chinbar included), a removable/washable anti-microbial terrycloth liner, a 5 snap visor, and full DOT and ECE safety certification. 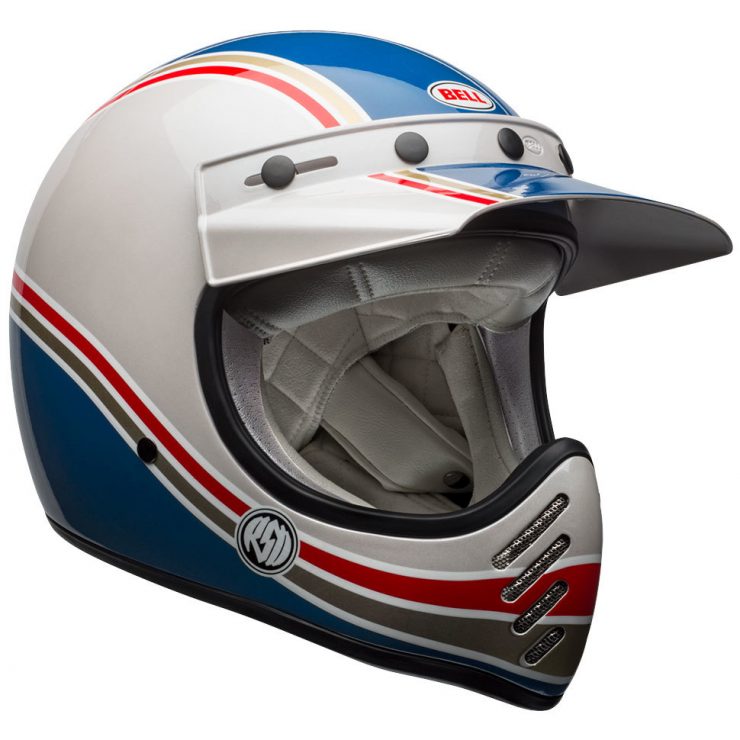 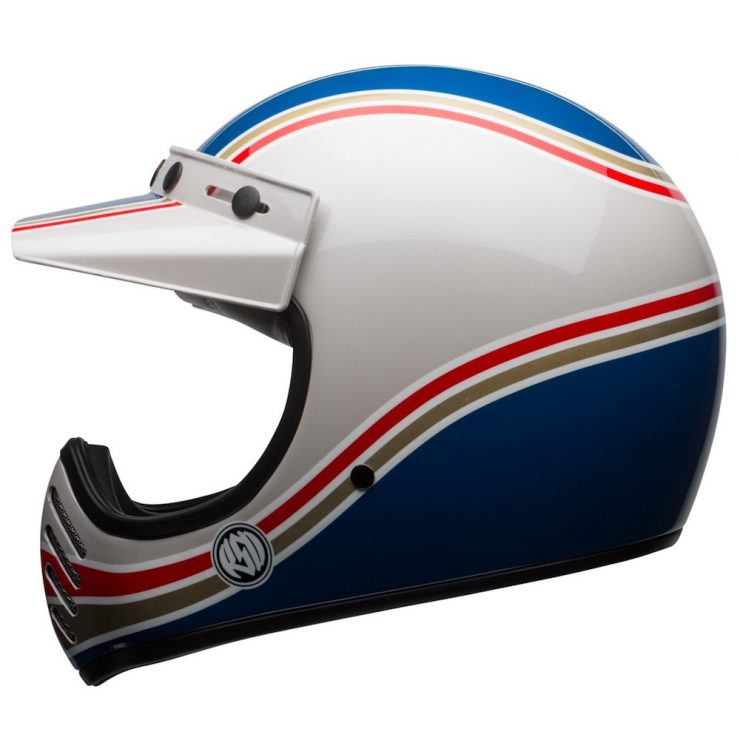 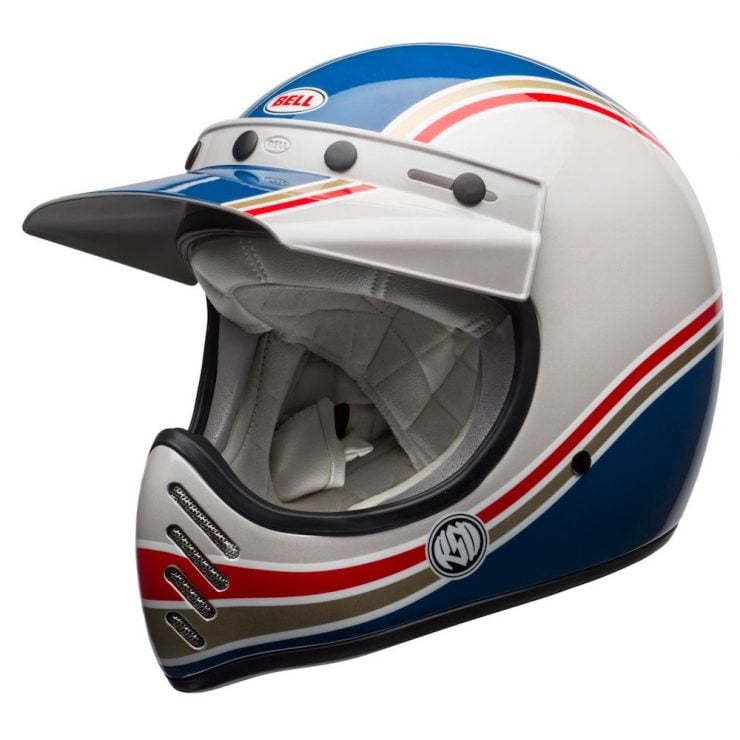 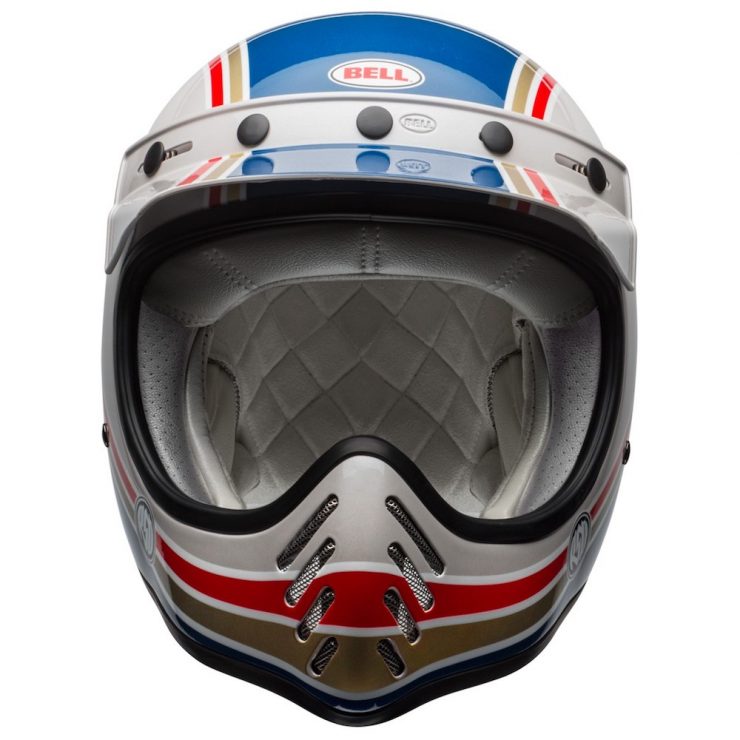 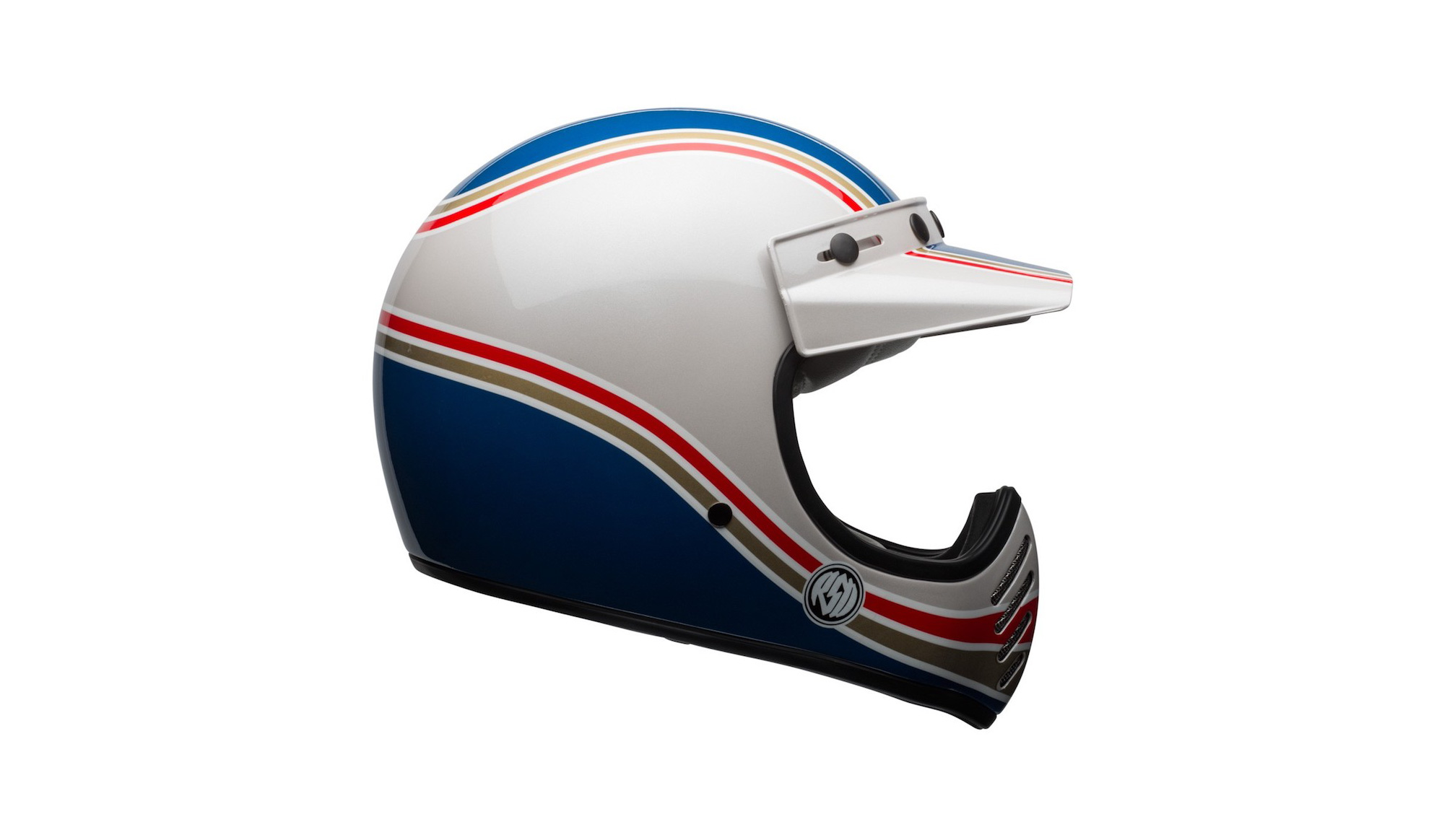