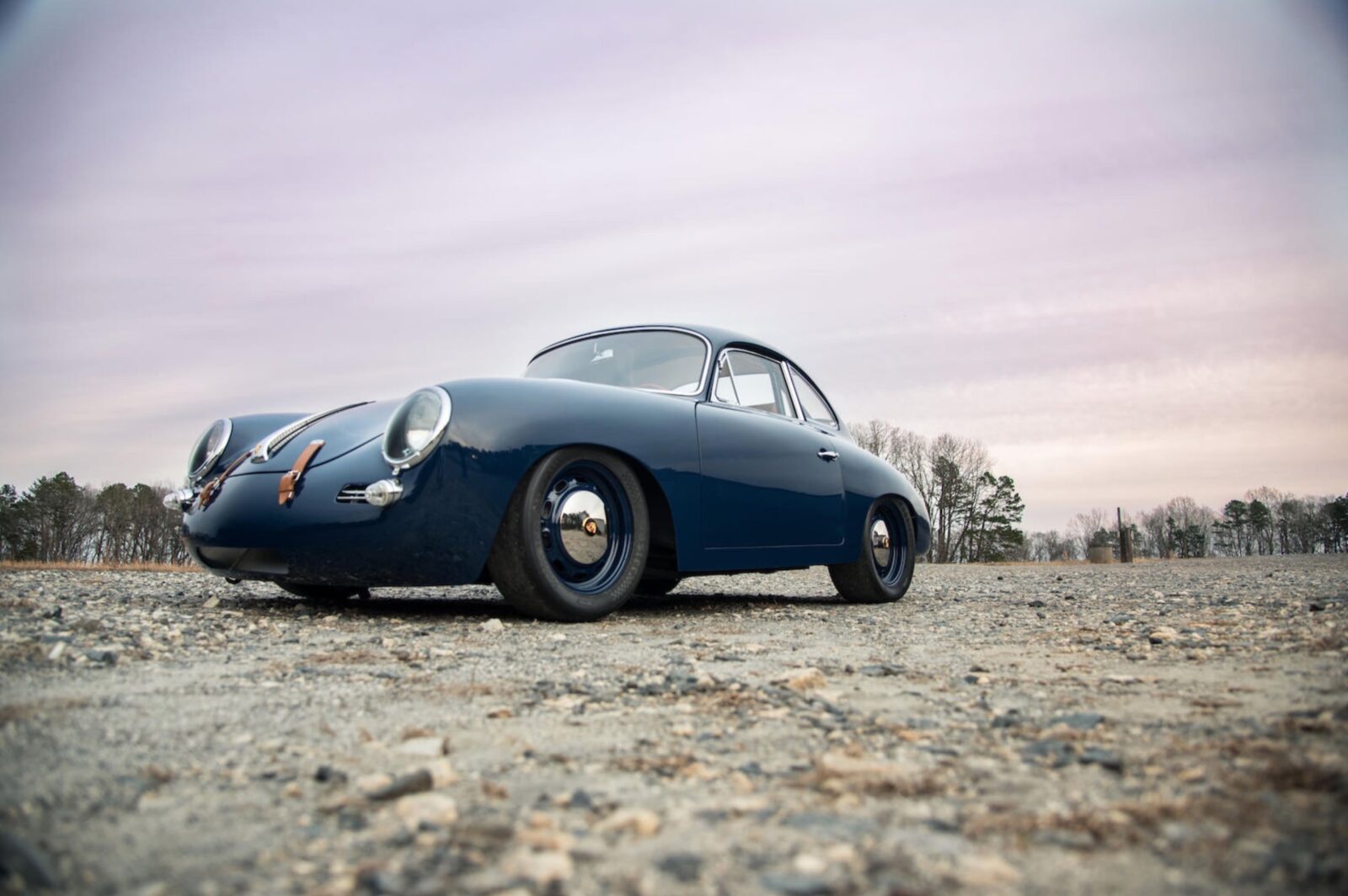 This 1964 Porsche 356 Outlaw has suspension and a tubular steel chassis developed and built by Porsche racing legend and former Brumos Racing Crew Chief Mike Colucci. This fact alone would make it a highly desirable car to any well-read member of the Porsche cognoscenti, but it also has a 1975 911 engine hand-built by noted Porsche engine expert David Brown, who had it bored out to 2.8 liters, ported the heads, then fitted it with Carrillo rods and JE pistons.

Once completed and fitted to the car, this worked engine was dyno-tested at 236 hp at the rear wheels – that’s almost triple what the original 356 had from the factory.

The Origins of the Porsche 356 Outlaw

The first Outlaws started appearing in the early 1980s in the USA built by the family team at Emory Motorsports. The father and son team of Gary and Rod Emory started souping up 356s in the early 1980s, back when they were cheap as chips seen as far less expensive than their successor – the Porsche 911.

Of course, others had built souped-up and custom 356s before this, but the cars built by the Emorys were different. They typically weren’t perfectly polished, they often weren’t matching-numbers, and they didn’t care about period-correct. Gary and Rod were nicknamed “Outlaws” and the cars they built quickly gained a cult following, others began emulating them and the Emorys had a batch of “Outlaw” badges made that they gave as gifts to people who’d built cars they felt deserved recognition – as no “serious” Porsche club would give them the time of day. 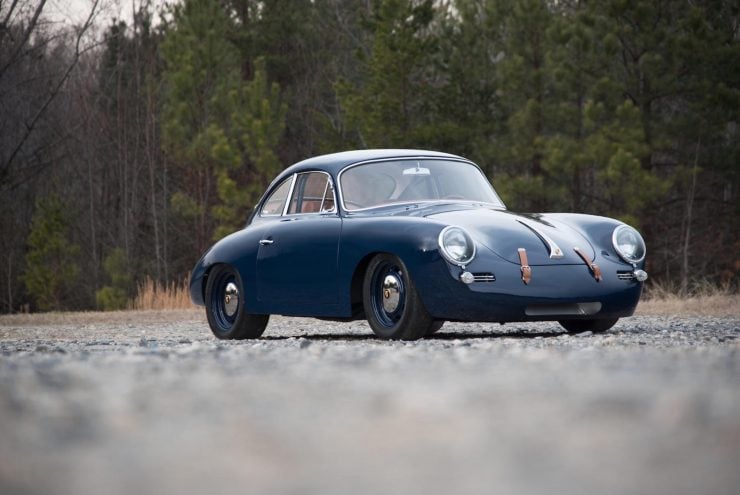 The concept of the Outlaw 356 was distilled over time, and it offered a second chance at life for many Porsche 356s that had been neglected over the years and no longer had their matching-numbers engines. No serious Porsche collector would be interested in these cars, but they were perfect for an Outlaw conversion.

Over time the Porsche community welcomed the Outlaws into their ranks, and eventually the 356 Registry even introduced an Outlaw class in their Concours d’Elegance – something that neither of the Emorys would have believed possible back in the early ’80s.

Today a good Porsche 356 Outlaw is often as desirable (sometimes more so) than an original, and they’re almost always faster.

The car you see here was built by some of the most respected men in the industry, and it’s a great example of the Outlaw class offering a second wind to cars that would otherwise be relegated to the junk yard. Its early history is a mystery, when it was acquired in 2012 it no longer had its original engine, and it was suffering from rust damage – a common issue as a result of the lower level of rust proofing available when the car was built in the 1960s.

The car was sent to noted restoration experts Backyard Legends in Concord, NC who stripped it back to bare metal, and restored the body to an incredibly high standard. During the repairs the rear fenders were also modified to allow larger tires – a common modification on Outlaws.

As the original engine was missing, the owner opted for a significant upgrade – a flat-6 from a ’75 911 that had been rebuilt to 2.8 liters by the aforementioned David Brown. This engine combined with the new suspension and chassis from Mike Colucci resulted in a 356 that is far quicker, and notably better handling than it ever could been as stock.

An all-new light brown leather interior was made bespoke by GTS Classics in Texas, including new carpeting throughout and a matching leather shifter boot.

The completed car is a fantastic example of an Outlaw, and it’s due to be offered for auction by Bonhams at the Amelia Island Auction on the 8th of March with an estimated hammer price of $100,000 and $150,000 USD. If you’d like to read more or register to bid you can click here to view the listing. 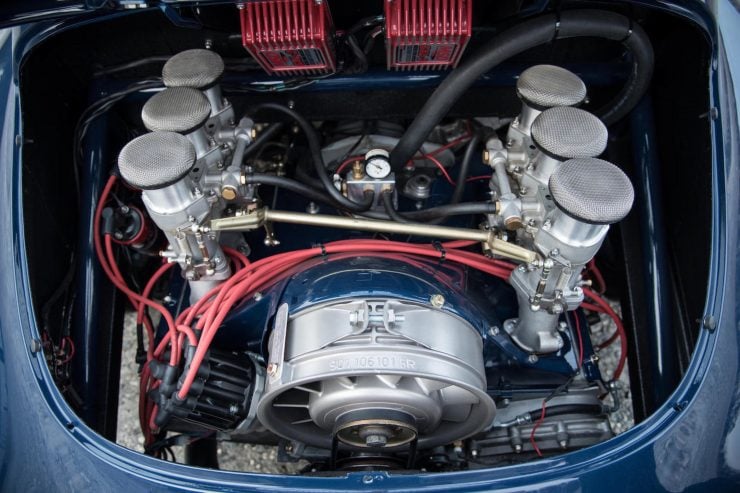 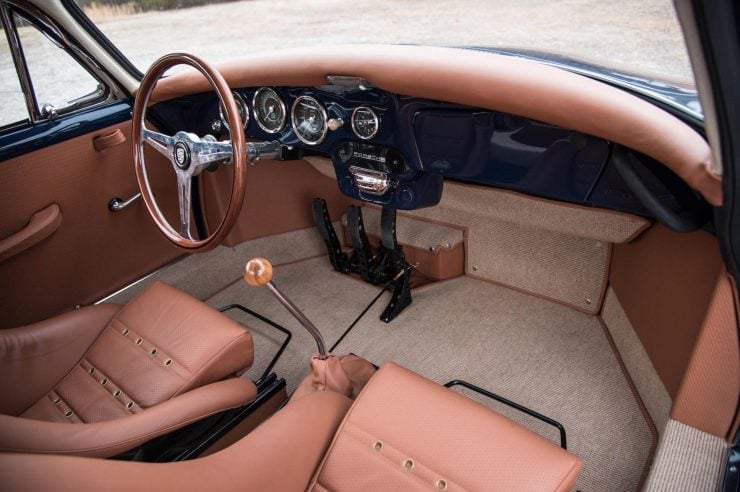 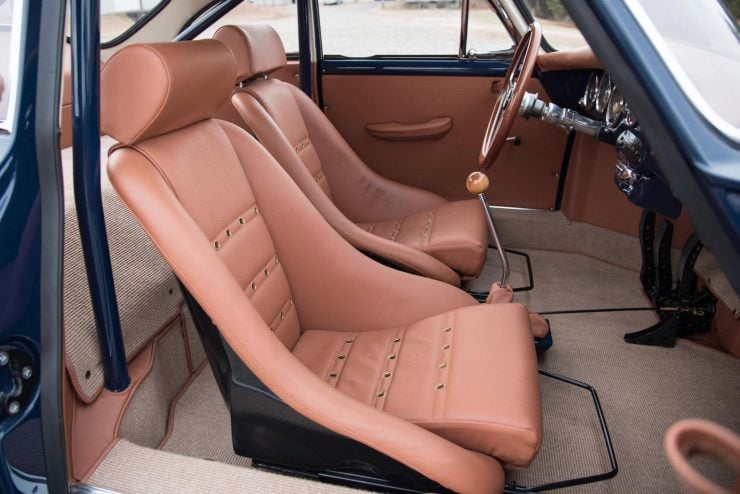 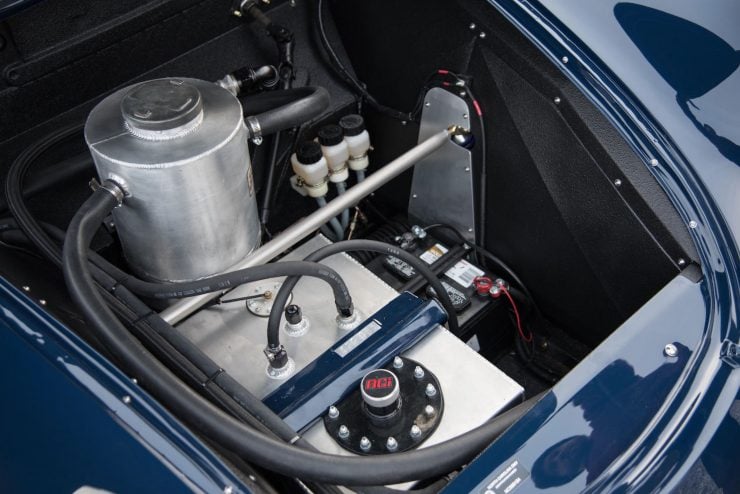 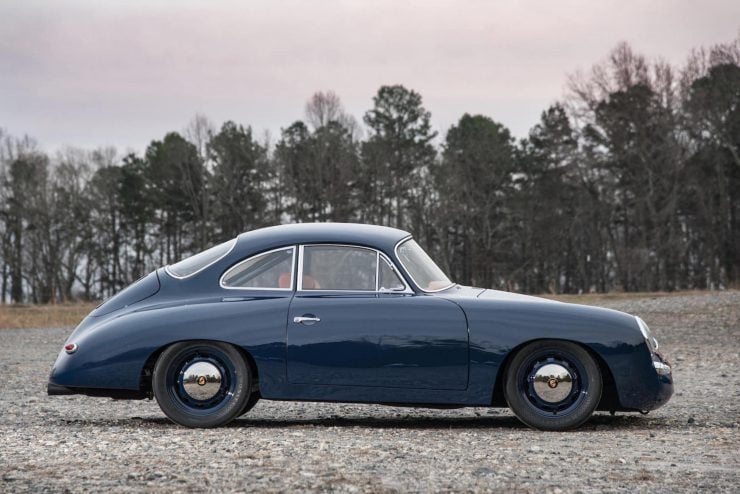 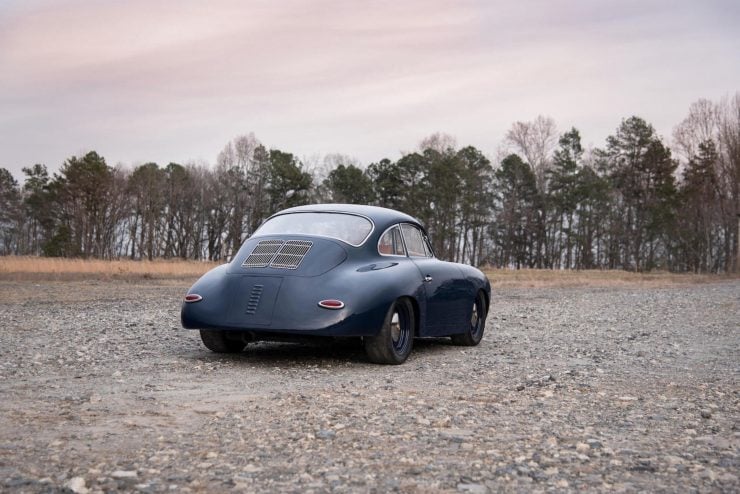 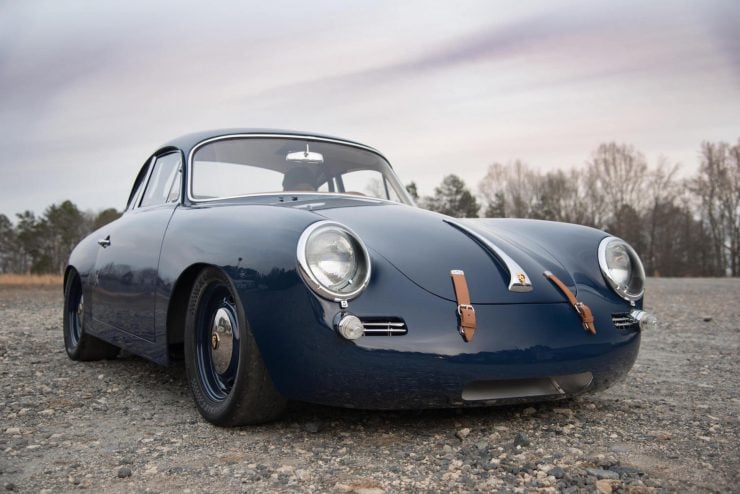 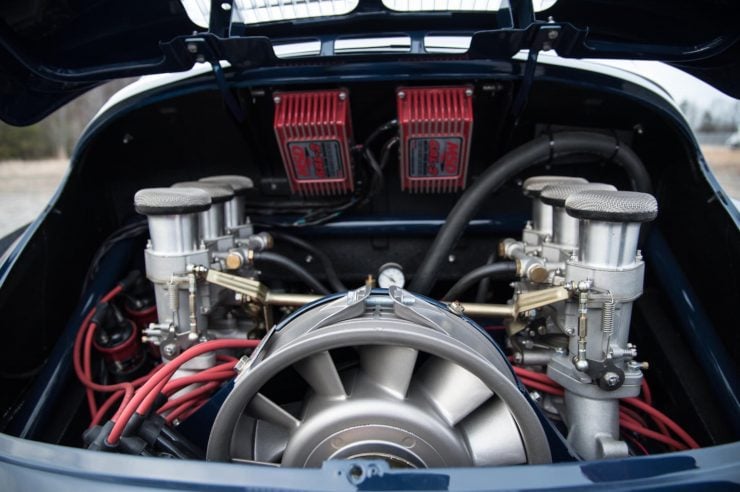 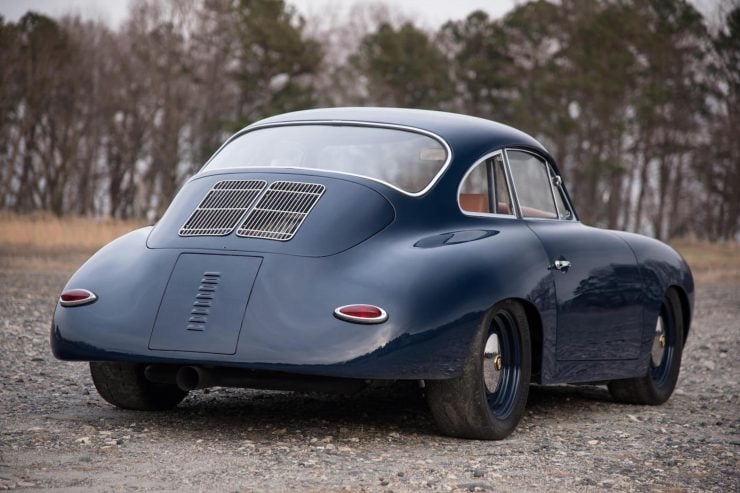 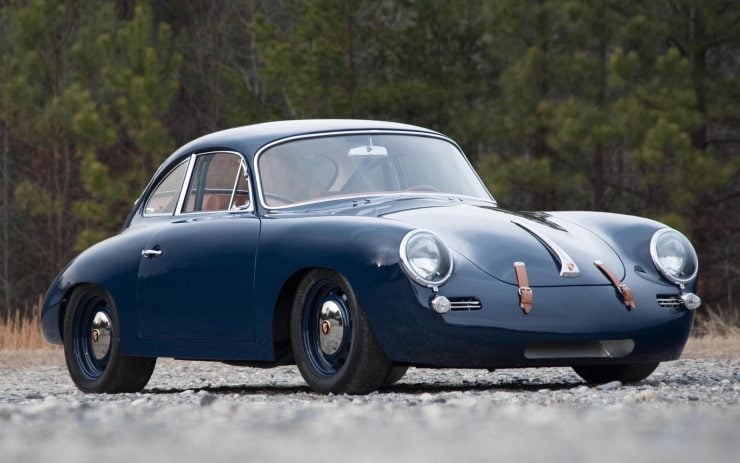 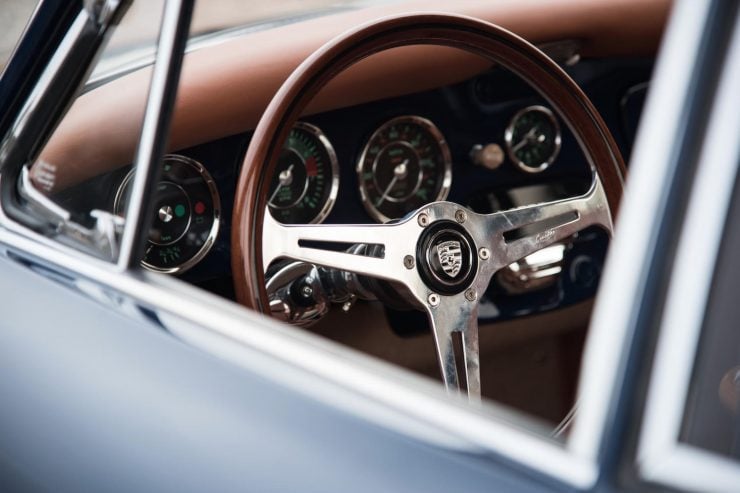 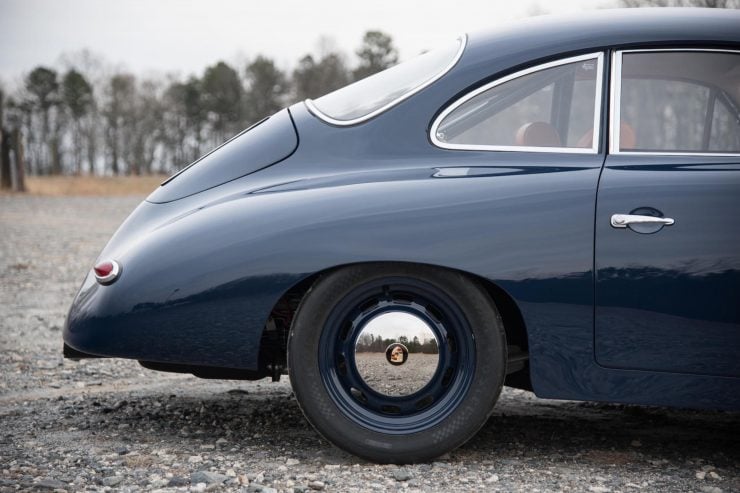 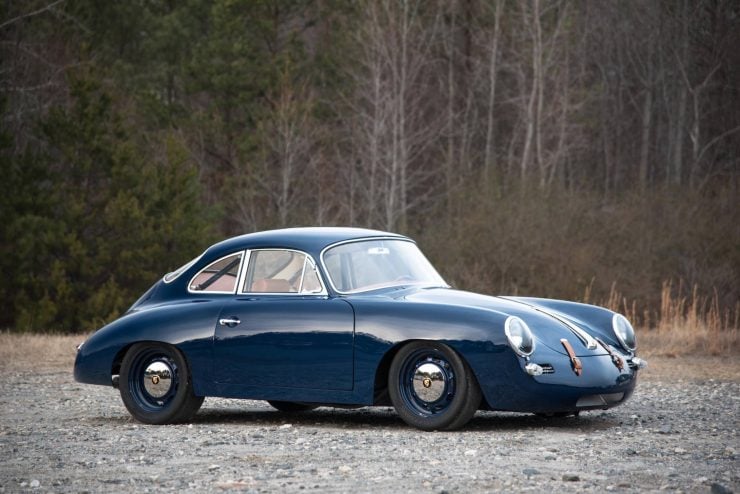 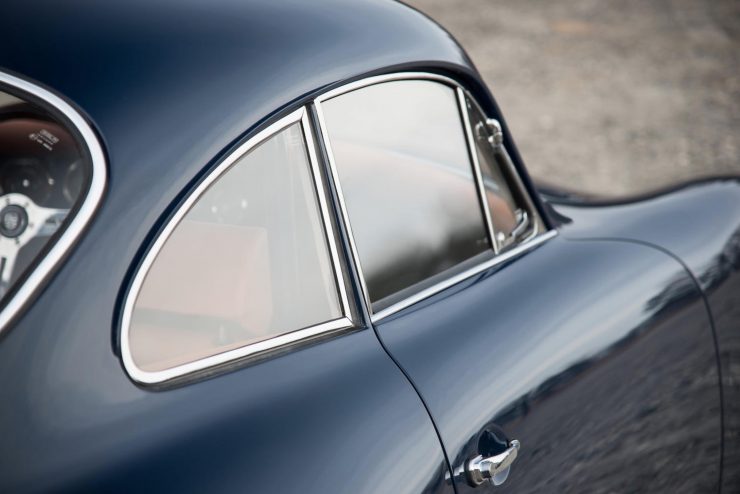 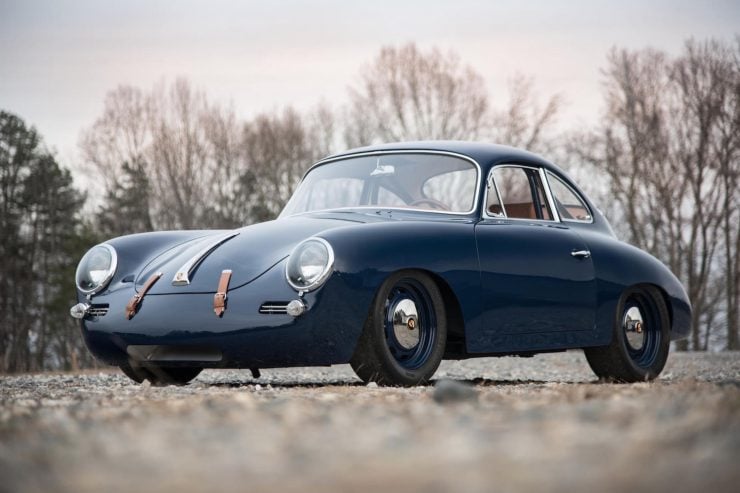 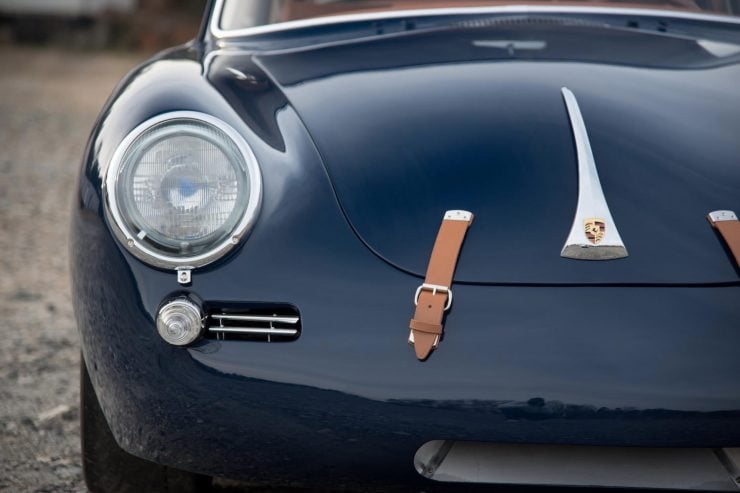 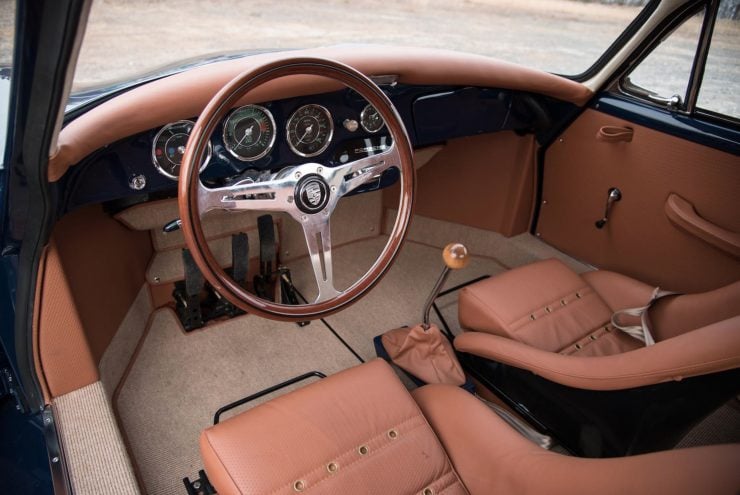