The Yamaha XT500 – Winner Of The First Two Paris-Dakar Rallies 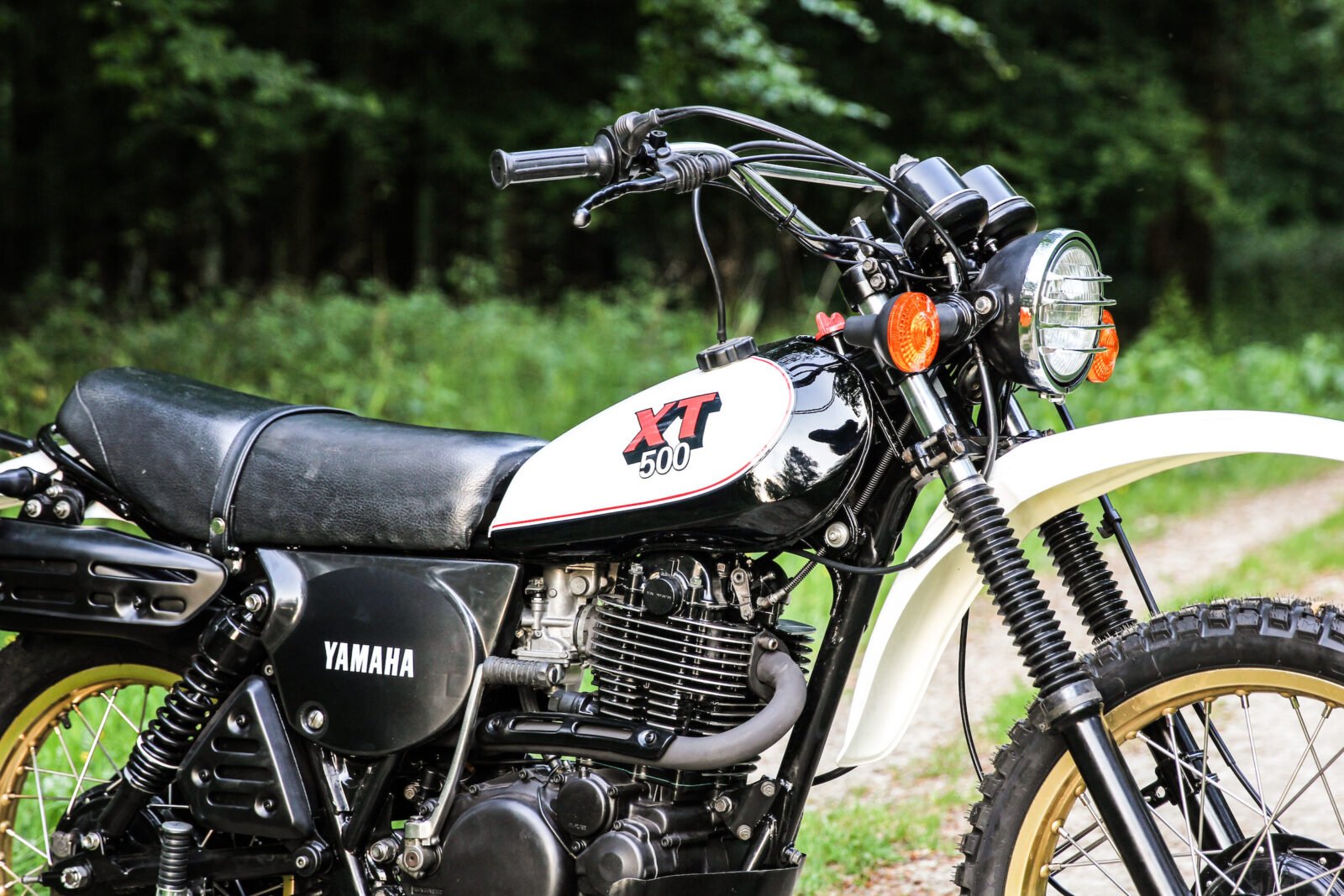 The Yamaha XT500 won the first two runnings of the Paris-Dakar Rally as well as the Paris-Abidjan-Nice, it also surprised everyone by winning the 1977 500cc Motocross World Championship (in significantly modified form) against the formerly dominant two-strokes.

Today the XT500 is remembered along with motorcycles like the original BMW R80GS as a godfather of the modern adventure motorcycle genre, a hugely popular market segment full of motorcycles that are multiple orders of magnitude more complex, not to mention significantly heavier.

The recipe to create the Yamaha XT500 included ideas and concepts dating back decades, including iconic British scrambles motorcycles like the Triumph TR6 Trophy, Swedish motocross icons like the Husqvarna Silverpilen, and of course Yamaha’s own two-stroke enduro and motocross bikes of the late 1960s and 1970s.

The real genius of the XT500 design is the combination of extreme simplicity with bulletproof reliability – both things you want in spades if you’re going to compete in events like the Paris–Abidjan-Nice, the Paris-Dakar, or any number of other brutal endurance events. 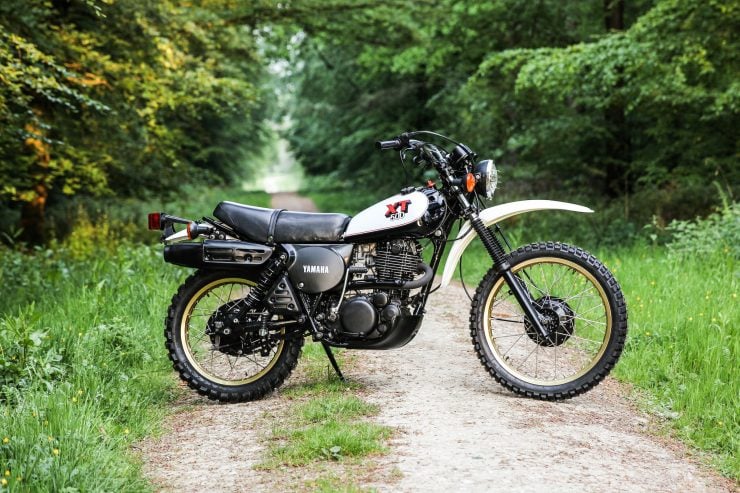 At its heart the Yamaha XT500 has the same basic engine as the Yamaha SR500, SR400, and the TT500. It’s a single-cylinder 499cc air-cooled motor with a single overhead cam, two-valves, a single carburetor, a single exhaust pipe, rugged unit construction with a 5-speed gearbox, and a chain final drive.

The coverall construction of the XT500 followed a very well-proven path, with a tubular steel frame, twin rear shock absorbers, and hydraulic forks up front. Unlike its more road-focussed siblings the XT500 had a more off-road oriented spoked 21-inch front wheel and 18-inch rear wheel fitted with chunky rubber, as well as longer travel 36mm telescopic forks and a bash plate to protect the sump.

Yamaha would keep the XT500 in production from 1976 till 1989 with a number of updates over the years to keep it as competitive as possible, but by the late 1980s the dual sport and adventure motorcycle genres were hotly competitive – and Yamaha needed to evolve.

The XT500 you see here was discovered languishing in England, it had been left in a damp garage for over 14 years after an accident had left front frame bent and the front end crushed. Undeterred by the damage the team at Hoxton Moto negotiated a fair price and loaded it into the van.

Although the team are better known for their custom motorcycles this one struck a chord with them due to the model’s remarkable heritage, and so they decided to do a full restoration back to original condition throughout.

I’ll turn over to the Hoxton Moto team now to tell the story of the restoration in their own words:

As soon as we looked beyond the obvious head-on collision damage we noticed this iconic bike was completely original. We then scrapped our plans to customize it and decided to bring this handsome, cherished and important machine back to its former glory

It quickly became obvious once we started stripping the bike of its bent and damaged components, that there was structural distortion in the frame – which had to be dealt with – so we dismantled, boxed and labelled the entire machine and started the build from the ground up. 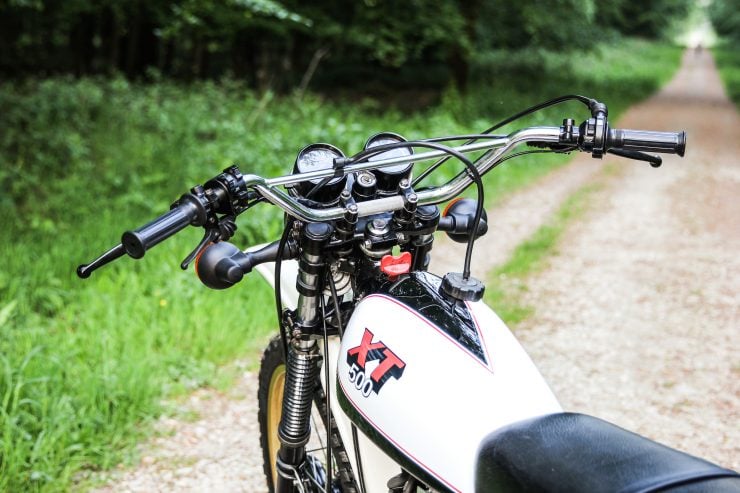 The frame was straightened and painted. We then sourced authentic second-hand forks and handle bars, sliced open the ally fuel tank to bash out the massive dents and welded it up for repainting. Once the engine was out of the frame we noticed two of the barrel bolts were disturbingly corroded – so we stripped the engine, vapor blasted the barrel and head, replaced the barrel bolts, checked the piston and rings, re-seated the valves and then reassembled. The wheels underwent a complete reboot; rims checked for buckling; hubs refurbished by a repaint, new spokes and dual sport tyres added.

We then restored the front headlight, added new lens and straightened the bevel, bent brackets back into shape and refurbished the indicators, clocks and rear light

Once all the parts were cleaned, restored and painted we reassemble the bike – replacing some of the electric components and checked the wiring loom. We ultrasonically cleaned the carb and fitted a refurb kit. Levers, cables and running gear were all checked and replaced where necessary and connected up.

Timing and points were calibrated and set. After finding a spark, we oiled and fueled up – kicked her over and found a heartbeat after 14 years in the morgue. 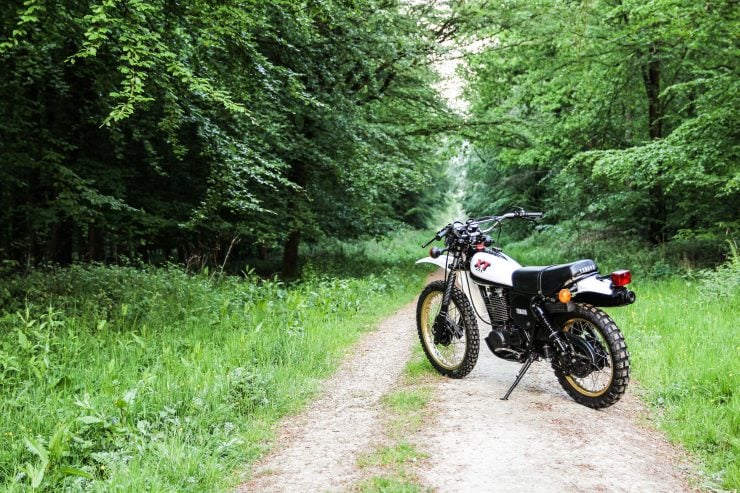 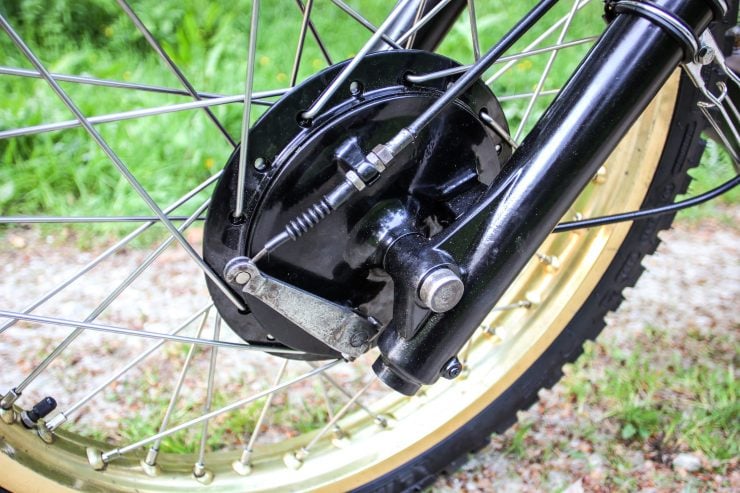 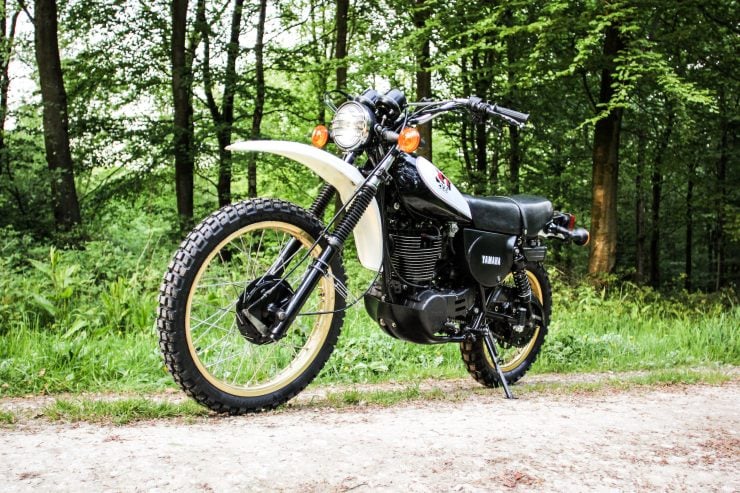 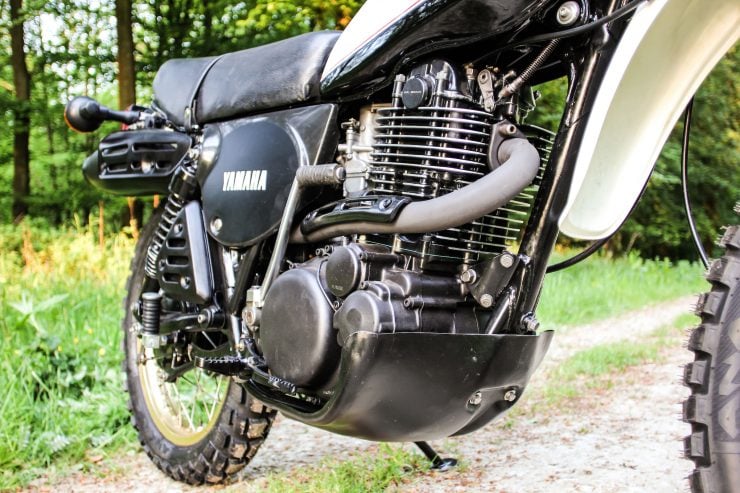 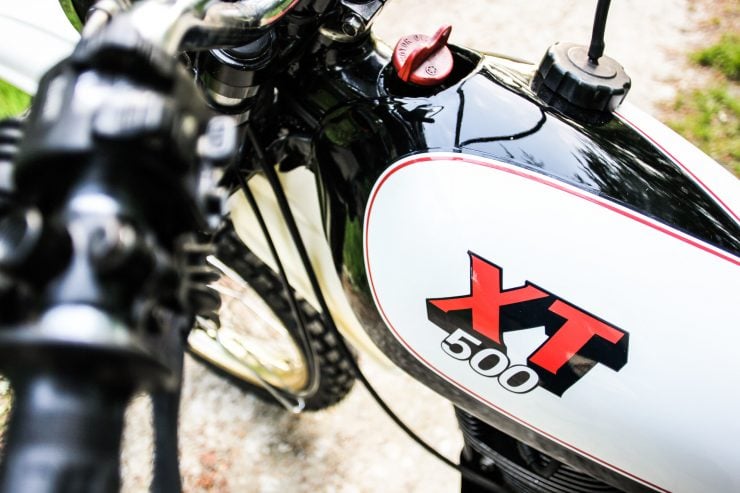 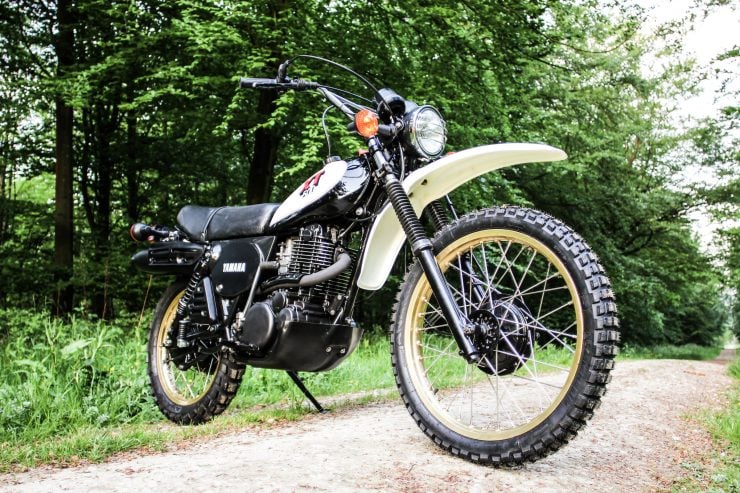 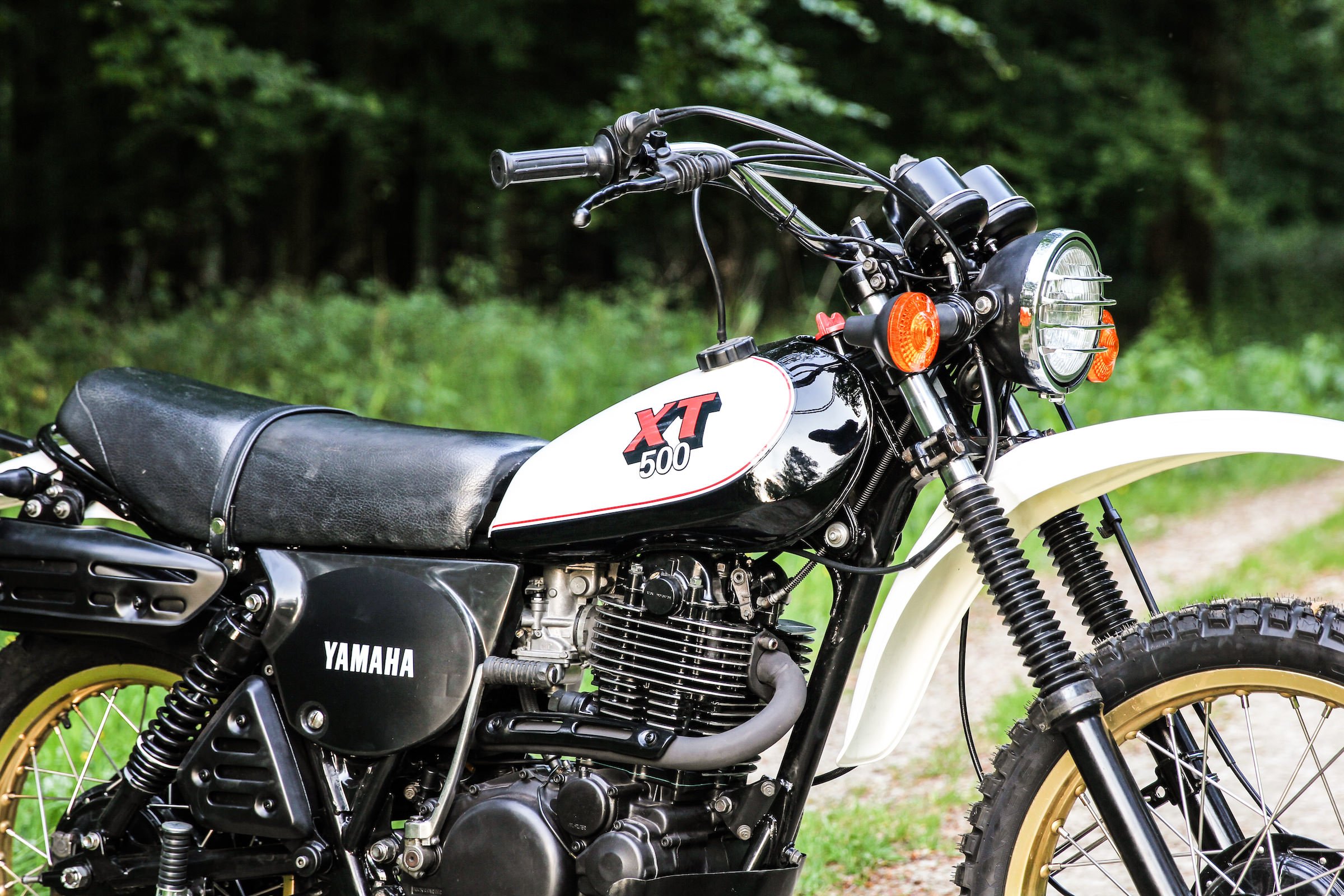