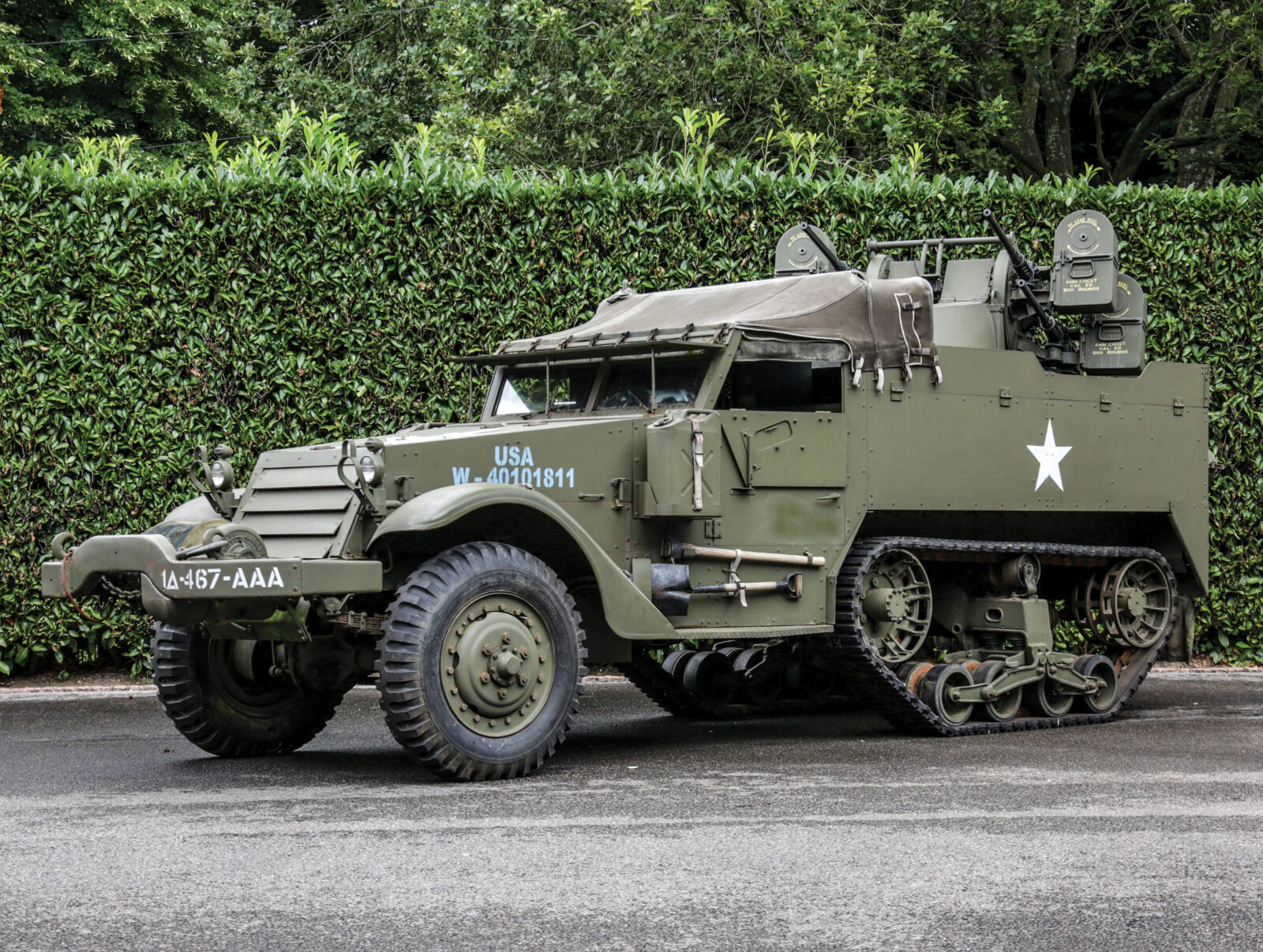 The White M16 MGMC Half-Track was originally developed to fulfill an anti-aircraft role during WW2, with its M45 Quadmount of Browning M2 .50 caliber machine guns. It soon found favour with infantry troops thanks to its ability to cut down considerable numbers of enemy soldiers and vehicles at some distance, Allied troops nicknamed the White M16 MGMC “The Meat Chopper”. 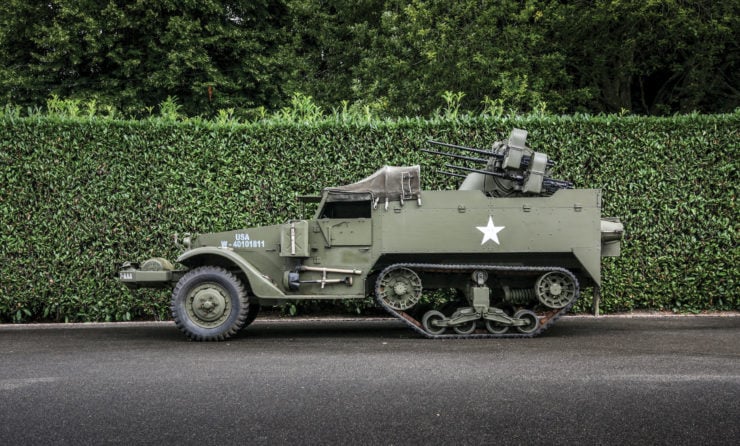 One of the criticisms of earlier half-track vehicles was the lack of full or effective armor, so the White M16 MGMC was heavily armored – the exception of the roof/overhead. It has drop down shields over the windscreen, lift up shields over the door tops, and armour around the engine bay including vented armour over the radiator.

Between 1943 and 1944 2,877 examples of the M16 were produced by the White Motor Company they mostly saw active service in Europe and a small number of them that were captured by the Nazis were put into use by them – such was the respect they had for the vehicles capabilities.

The M16 saw active service with the US and the Allies in the Italian Campaign, Operation Overlord, the Battle of Arracourt, and the Ardennes Offensive in northern Europe. After WW2 the M16 was put to use in the Korean War where it was used by both the US and South Korean militaries, though by this time aircraft had advanced and the M16 was largely used in a ground attack role. 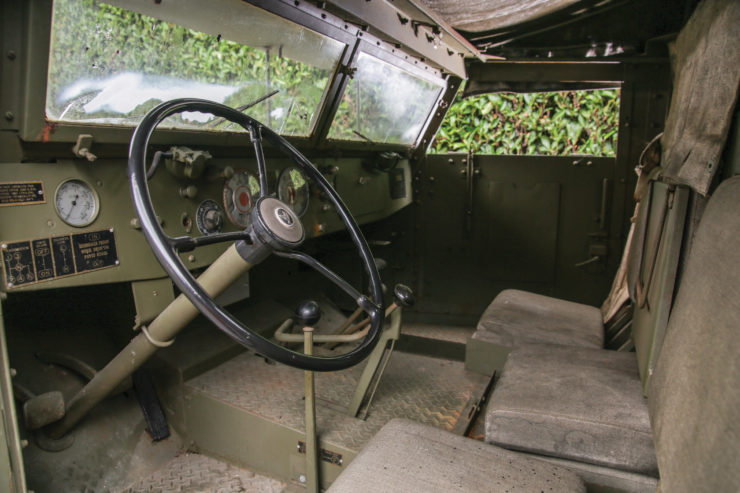 Interestingly the M16 is one of the few military vehicles that was used by the Germans both during WW2 by the Wehrmacht and after WW2 by the Bundeswehr, though it should be noted only a small number of captured vehicles were used during the war.

The M16 MGMC you see here is an example from the first year of production, it has belonged to its current owner since 2003 who brought it over to the UK from France. In its current ownership the vehicle has been comprehensively restored by specialist Peter Skelton in Kent who fitted new tracks and tyres, a new clutch, and a full engine servicing.

Interestingly this Half-Track bears the markings of the 467th Anti-Aircraft Artillery Automatic Weapons Battalion, which landed at Omaha Beach on D-Day. The vehicle is currently road-registered in the UK and can be driven on the road as a historic vehicle thanks to its age. Its top speed of ~40 mph does limit its use somewhat but it would be entertaining to use it for commuting into London.

If you’d like to read more about this vehicle or register to bid you can click here to visit the listing on RM Sotheby’s. 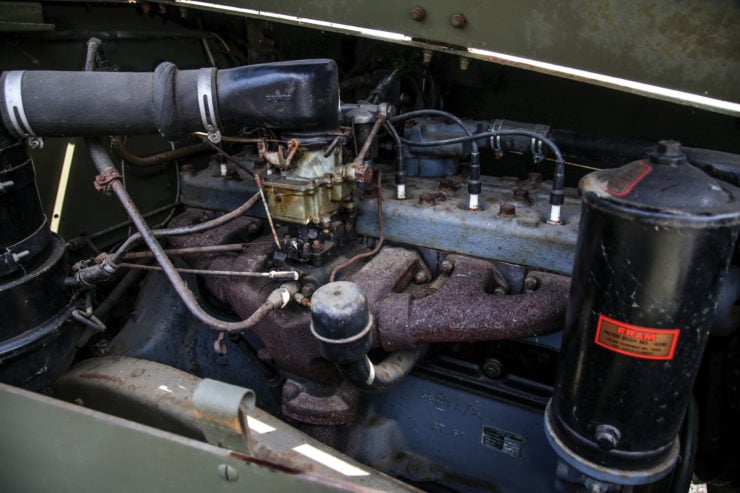 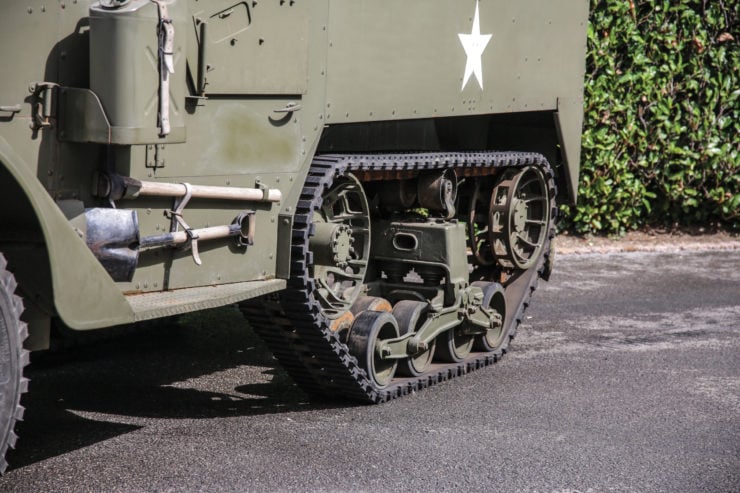 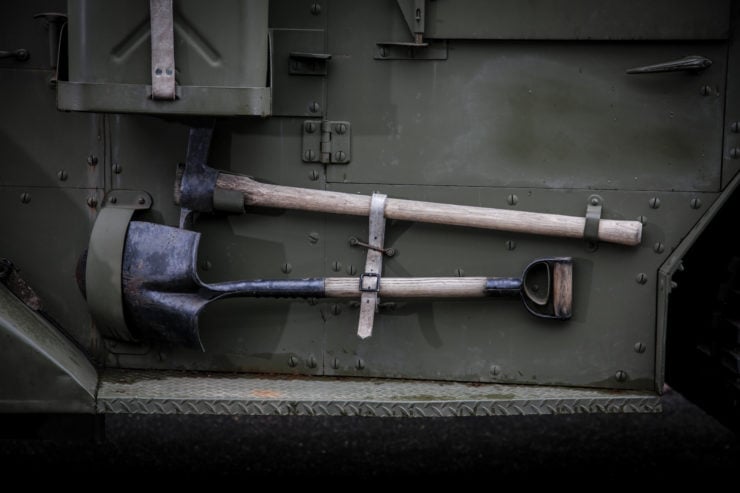 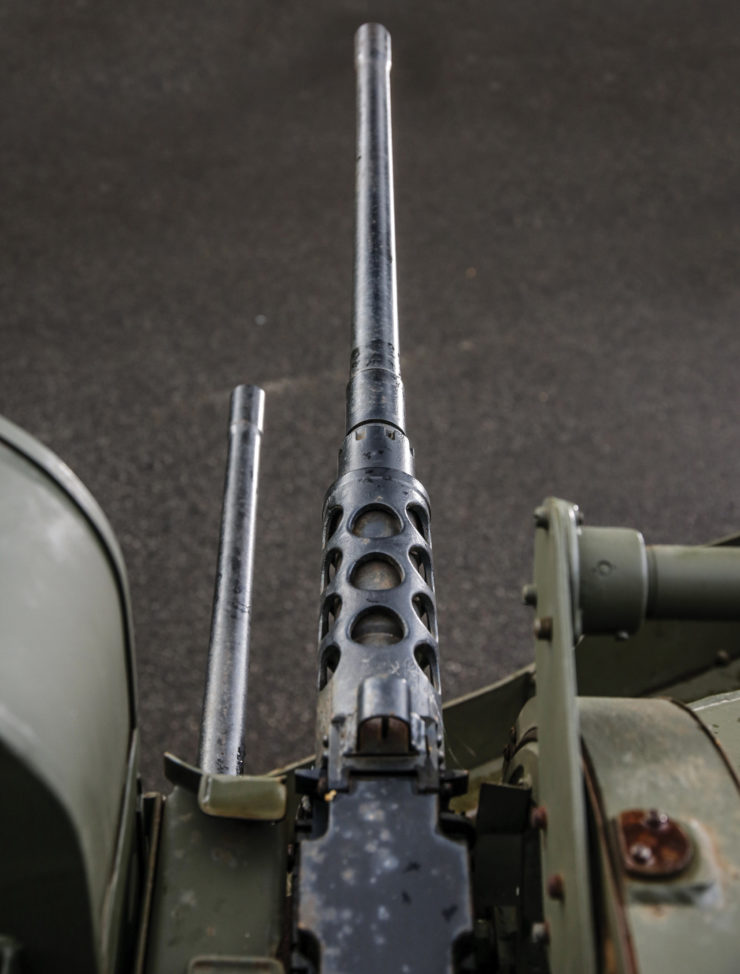 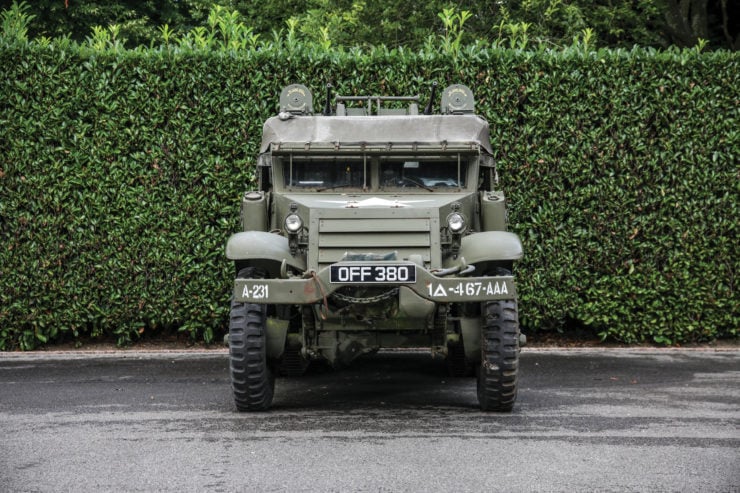 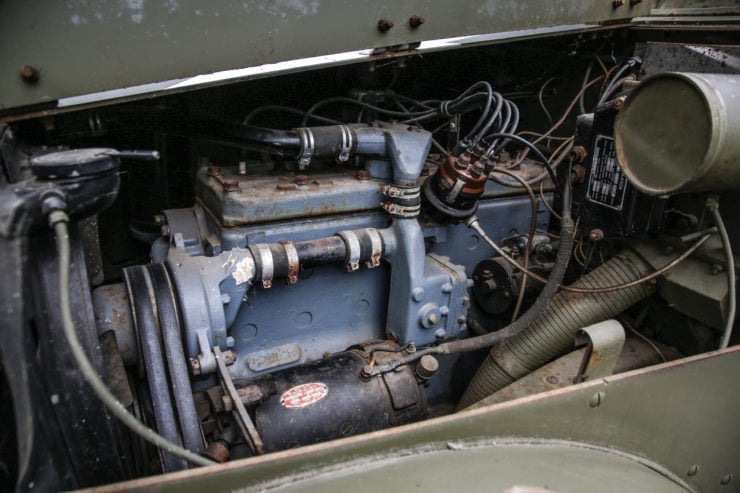 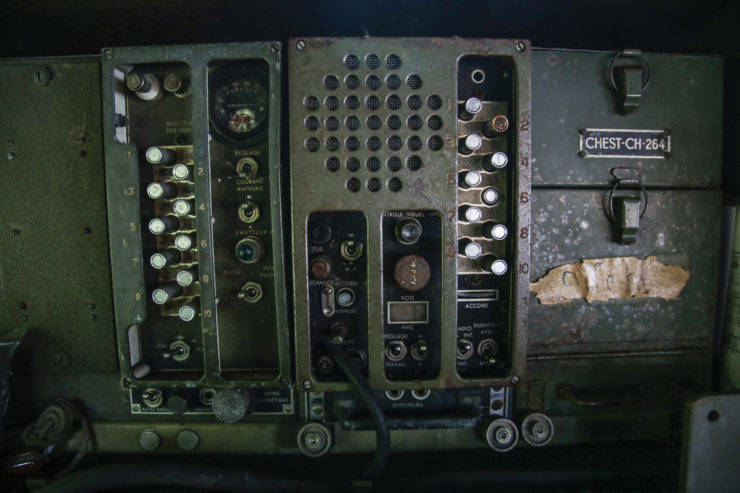 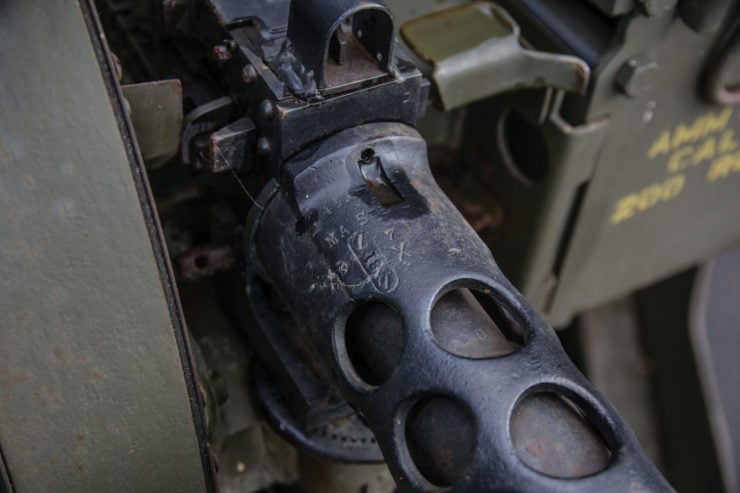 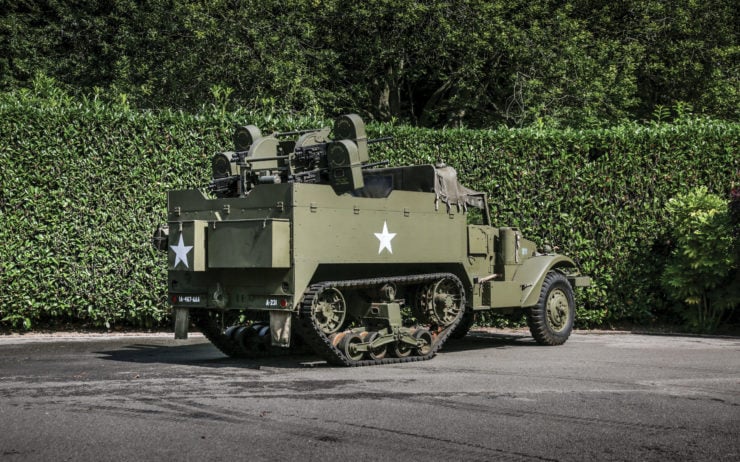 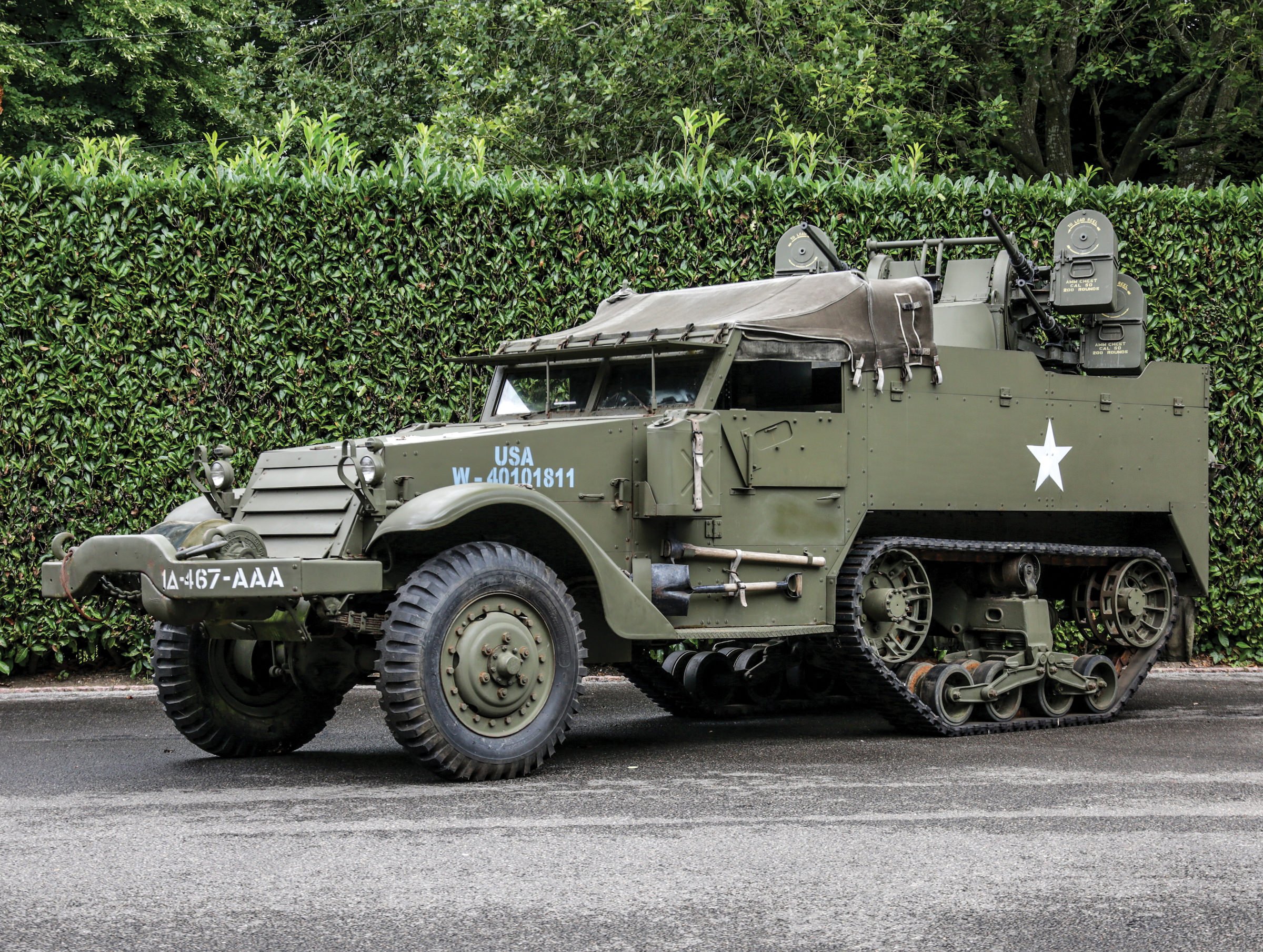