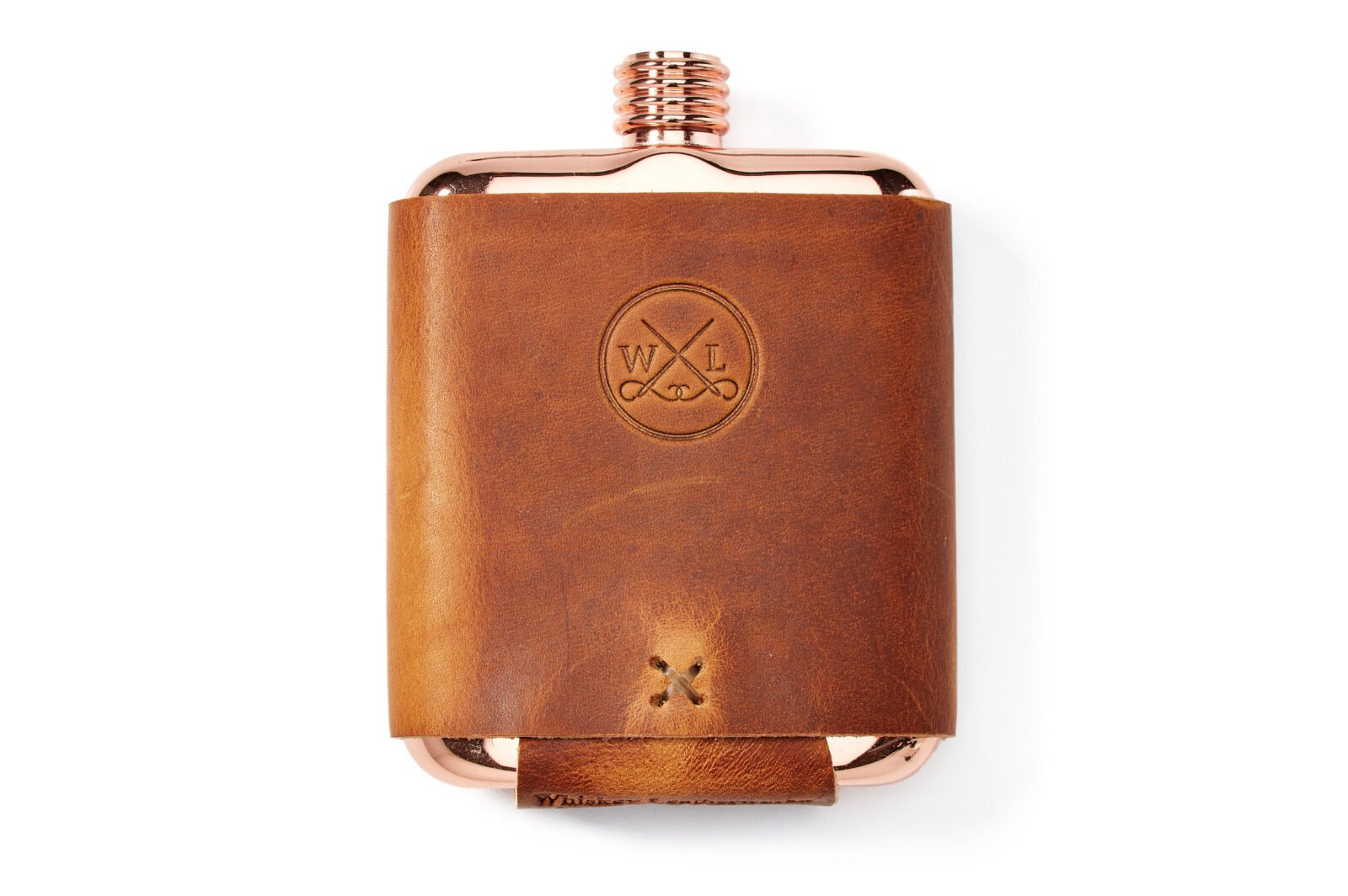 This is the Clark Fork Copper Flask by the team at Whiskey Leatherworks, they designed it to be an heirloom quality flask that can be passed down from one generation to the next – once the next generation is old enough to drink of course.

Each flask is made from food-grade 18/8 stainless steel that’s been plated with pure copper, they hold 6 ounces (177 ml) and have a screw down cap to keep your firewater safe.

The folks at Whiskey Leatherworks in Montana then make each leather case by hand from premium American Horween leather, they use traditional sinew stitching, and they offer three colorways – natural brown chromexel, English tan Dublin (shown), and black latigo.

Hip flasks can be a good item to have in your pocket at some of life’s most important events, and the person with the flask often ends up with a group of people slowly gathering around them hoping for sips (so be careful who sees you whip it out).

Whiskey Leatherworks was founded 6 years ago in Montana, they hand make traditional goods from American leathers, using as many American-made parts as possible.

They now supply goods to distilleries and many other local businesses, they also offer small production runs of monogrammed products using either a person’s initials or a company name. 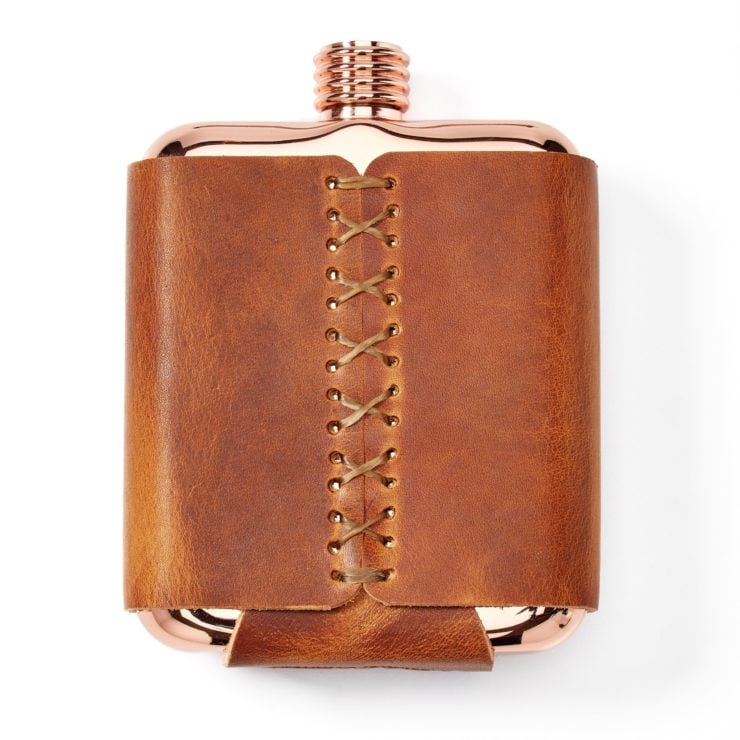 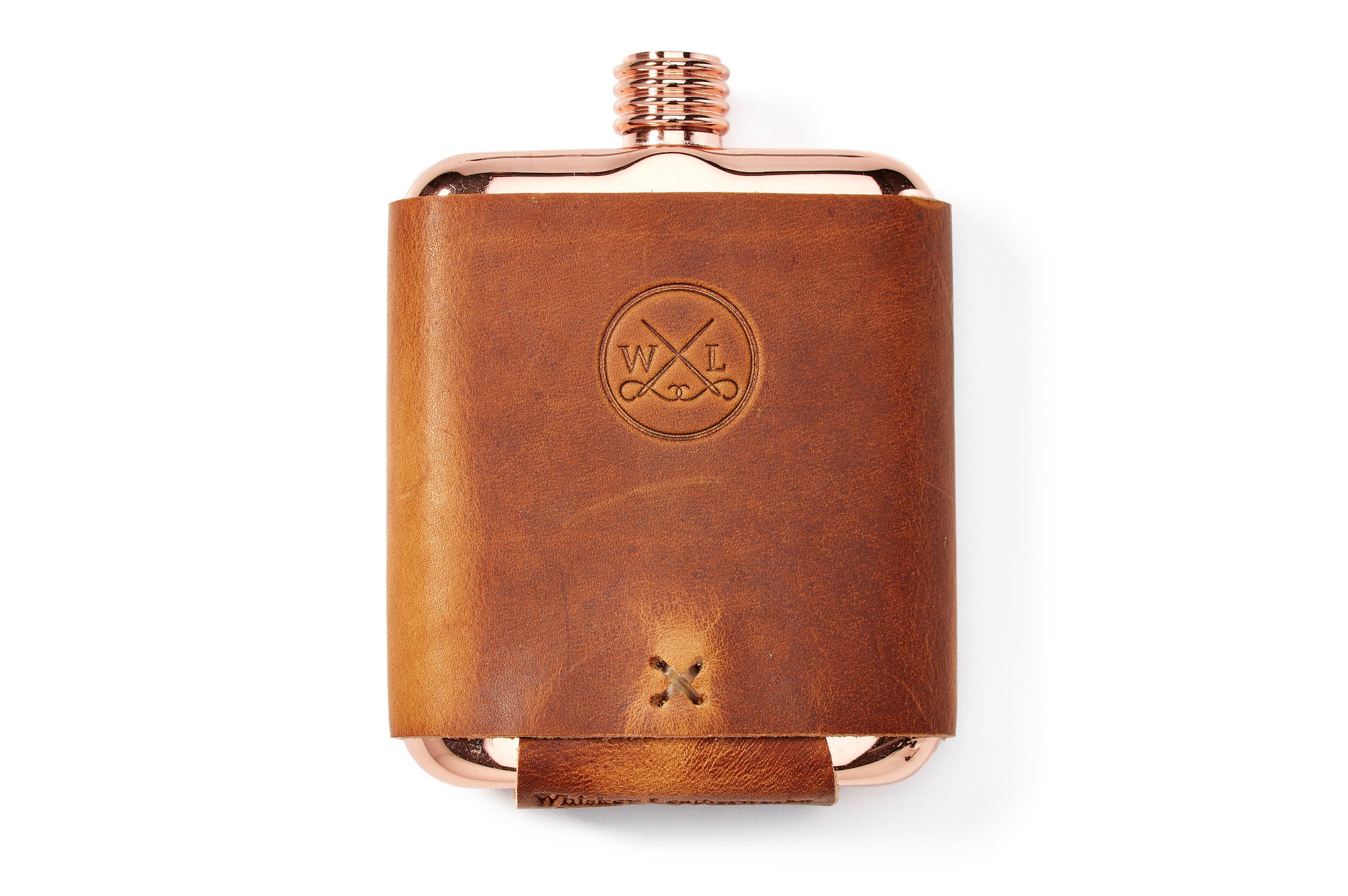