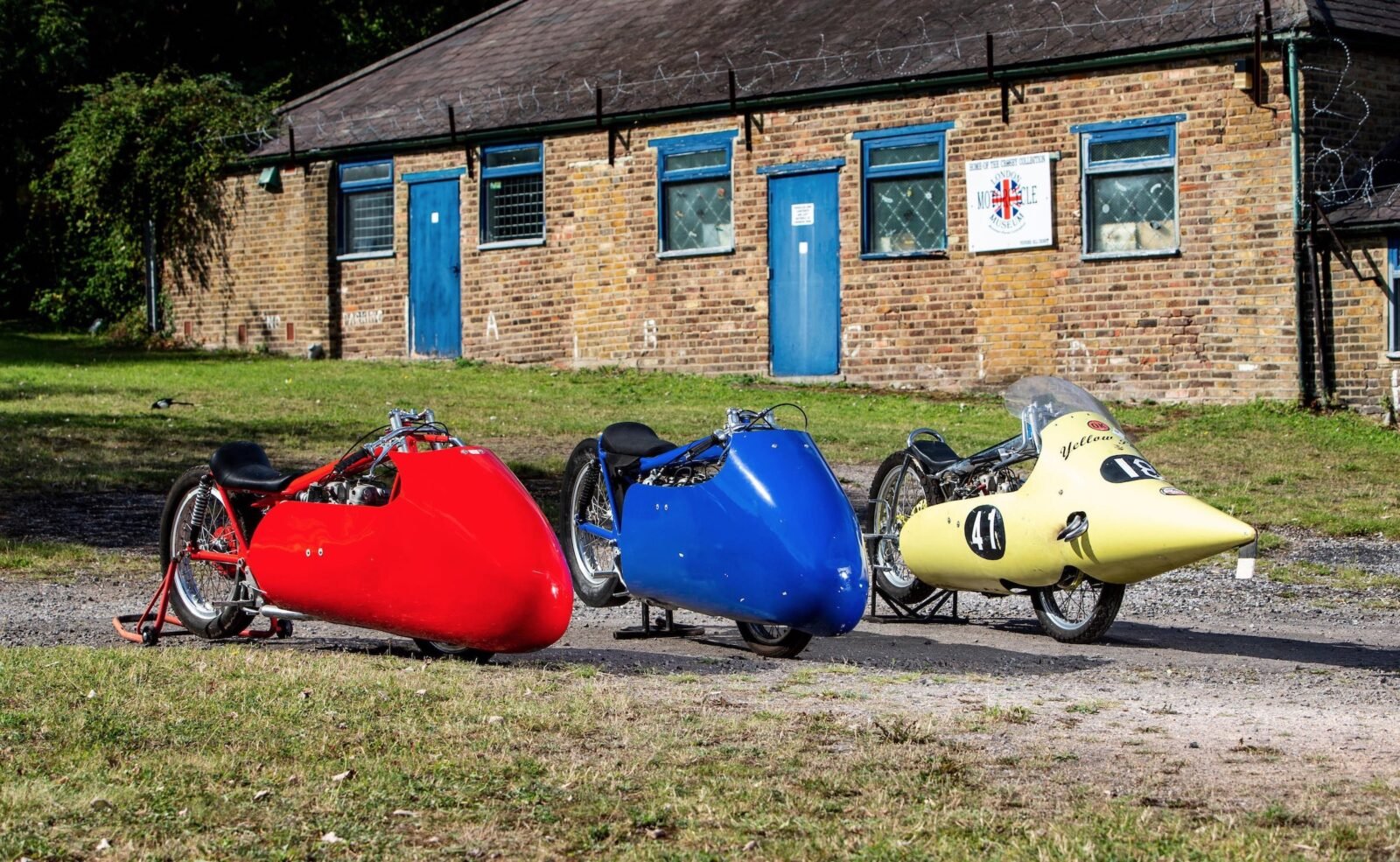 Incredibly, all three of these motorcycles are coming up for sale with Bonhams on the 19th of October with an estimated hammer price of £12,000 to £16,000 – a temptingly affordable entry point into the world of vintage motorcycle sprint racing.

The Yellow Peril, Scarlet Peril, and Blue Peril were developed by self-taught engineer and racing pioneer Bill Bragg. Bragg was an English carpenter and cabinet maker who started out in sidecar racing before moving to sprint racing, it would be in the world of sprint racing he would really make his name by developing the three bikes you see here and leaving a lasting impact on the sport in Britain.

It was the Yellow Peril that was built first after Bragg had to abandon a previous motorcycle design that used twin Triumph engines in a lengthened Norton Featherbed frame. The Yellow Peril was an advanced bike for the time with a bespoke frame that carried the fuel in the top tube and the oil in the rear down tube. The fairing was made from a re-purposed P51 Mustang drop tank, and the engine was a heavily reworked Triumph 650cc parallel twin. 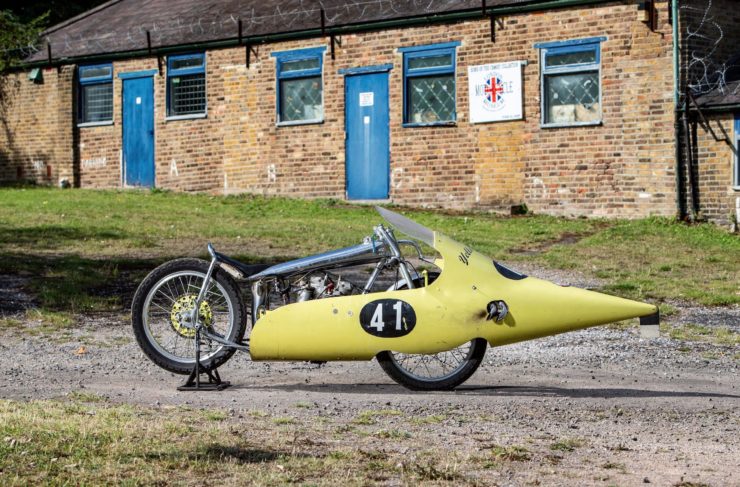 One of the more interesting features of the bike is the front-facing exhausts that exit through the nose of the fairing – many theories were put forward as to the aerodynamic reason for this when the bike was first seen in public but later it was discovered that Bill simply lacked the equipment needed do all of the pipe bends required to have the exhaust exit out the back. This no-nonsense practicality was a key to many of his designs.

Yellow Peril was featured in Motor Cycle Magazine in period, where it was referred to as the first “kneeler” sprint bike. Bill had designed the bike to work as both a solo and sidecar racer when needed, and set 1/4 mile times of 13.39 seconds as a solo and 13.99 as a sidecar – these were good times for the period.

In 1961 Bragg built a new bike, the “Scarlet Peril”, now with swingarm rear suspension to provide better traction on the bumpy tracks of the era. The overall specifications were very similar to the Yellow Peril but didn’t set times any faster than its predecessor, possibly due to lack of early development. 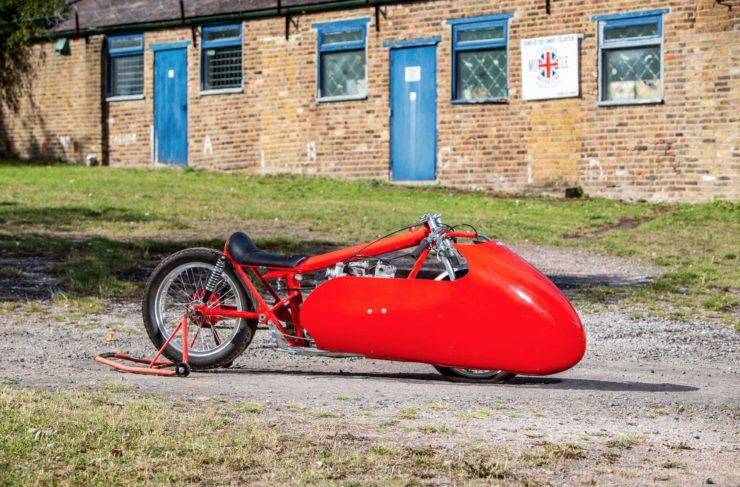 In 1962 Bragg launched a new project taking in the lessons from both the Yellow and Scarlet Perils, he called it the “Blue Peril”. This new design used the same fundamental architecture as the Yellow Peril with the rear suspension design of the Scarlet Peril, the biggest change was the addition of a bolt-on supercharger which offered considerably increased power.

Bragg is credited as being the first person to supercharge Triumph twin engines, interestingly he was helped by the Allard Motor Company who supplied the Shorrock supercharger. Once it was dialled in, the Red Peril could run the 1/4 mile in 11.19 seconds, a very respectable time for the period.

Up until 1966 all three of these bikes remained in competition racing in various classes,  they were dubbed the “Peril Speed Equipe” when Bragg emigrated to Australia in 1966, the bikes all seemingly disappeared. It wasn’t until 1999 when Ron May, the president of the National Sprint Association, passed away that the three Perils were found in a collapsed shed at the end of his garden.

Over the next few years all three bikes were painstakingly restored, eventually ending up in the National Motor Museum where they’ve now been on display for a number of years. If you’d like to read more about these three bikes or register to bid on them you can click here to visit the listing on Bonhams. 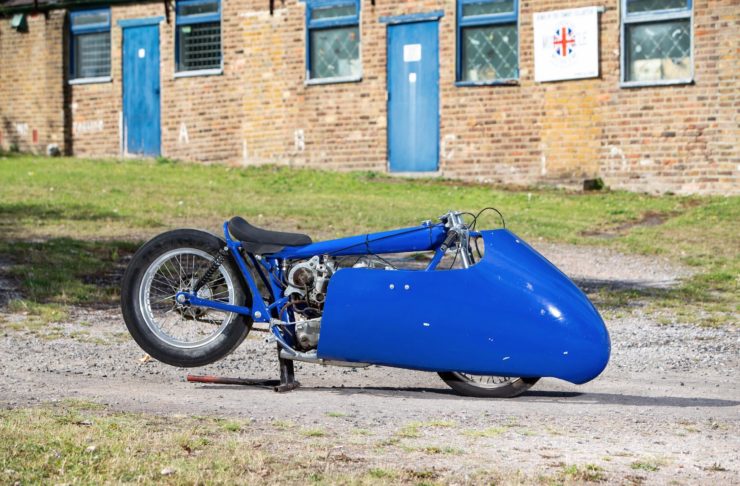 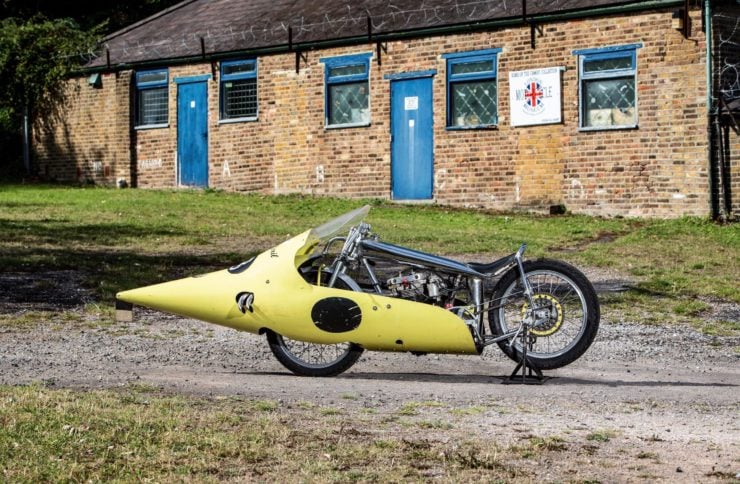 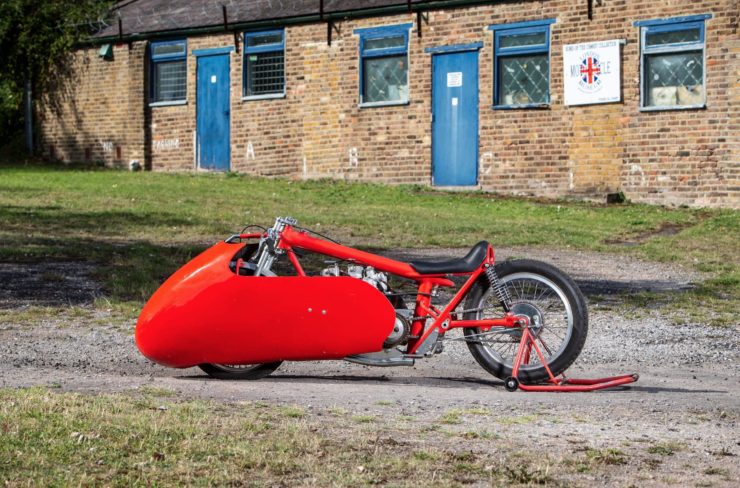 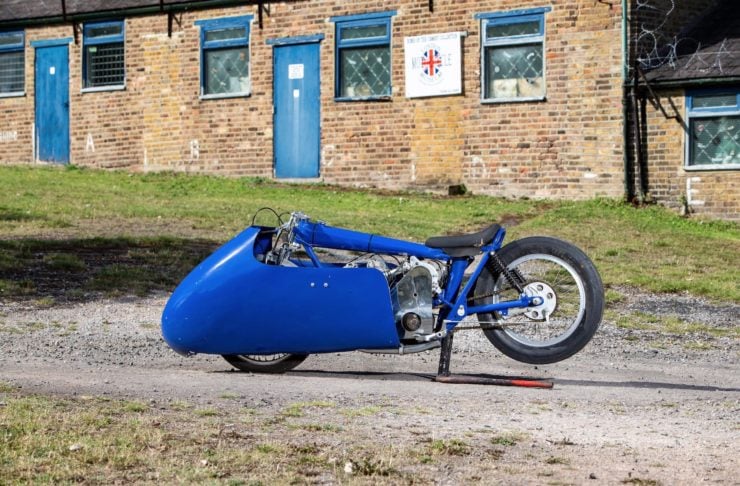 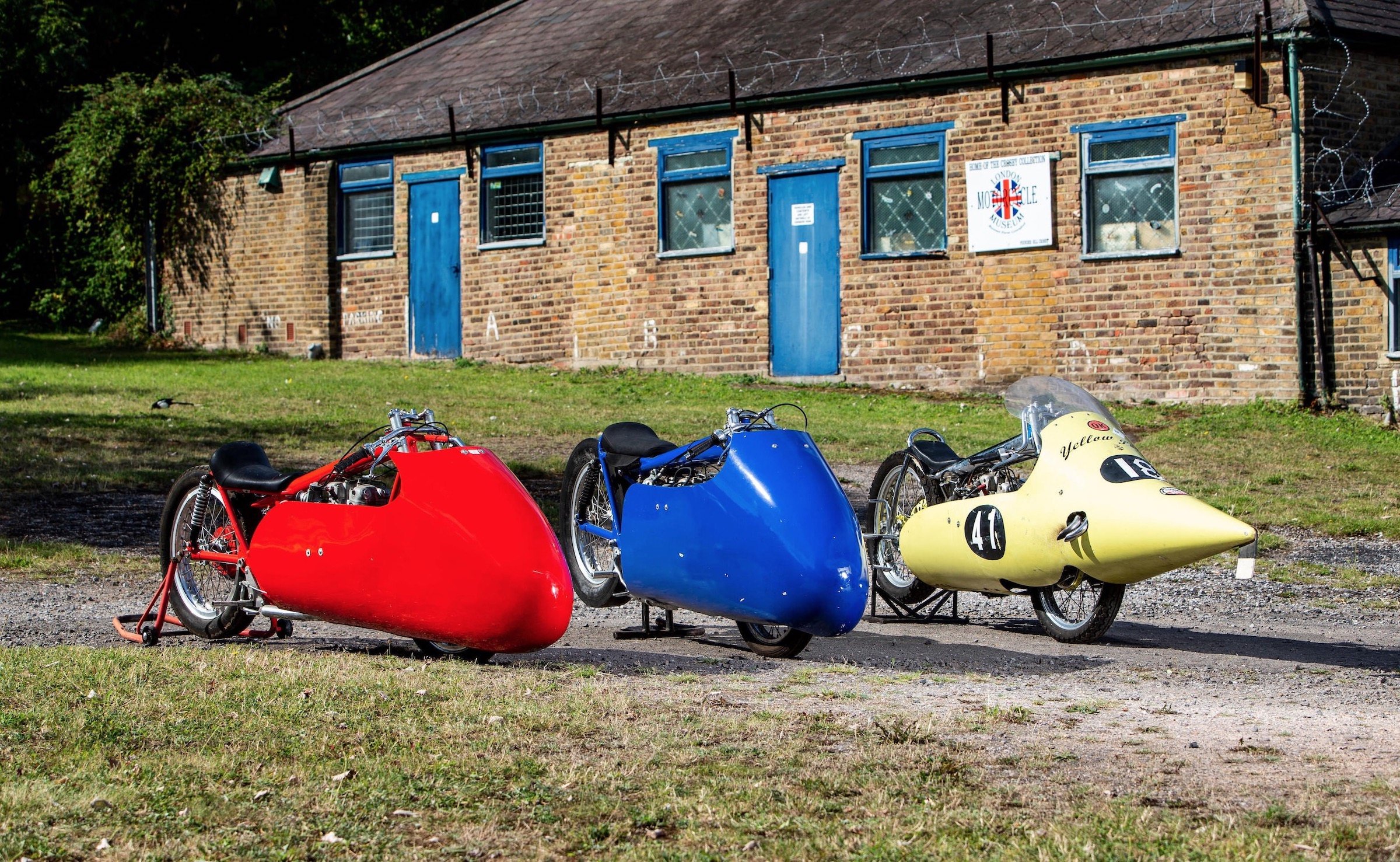