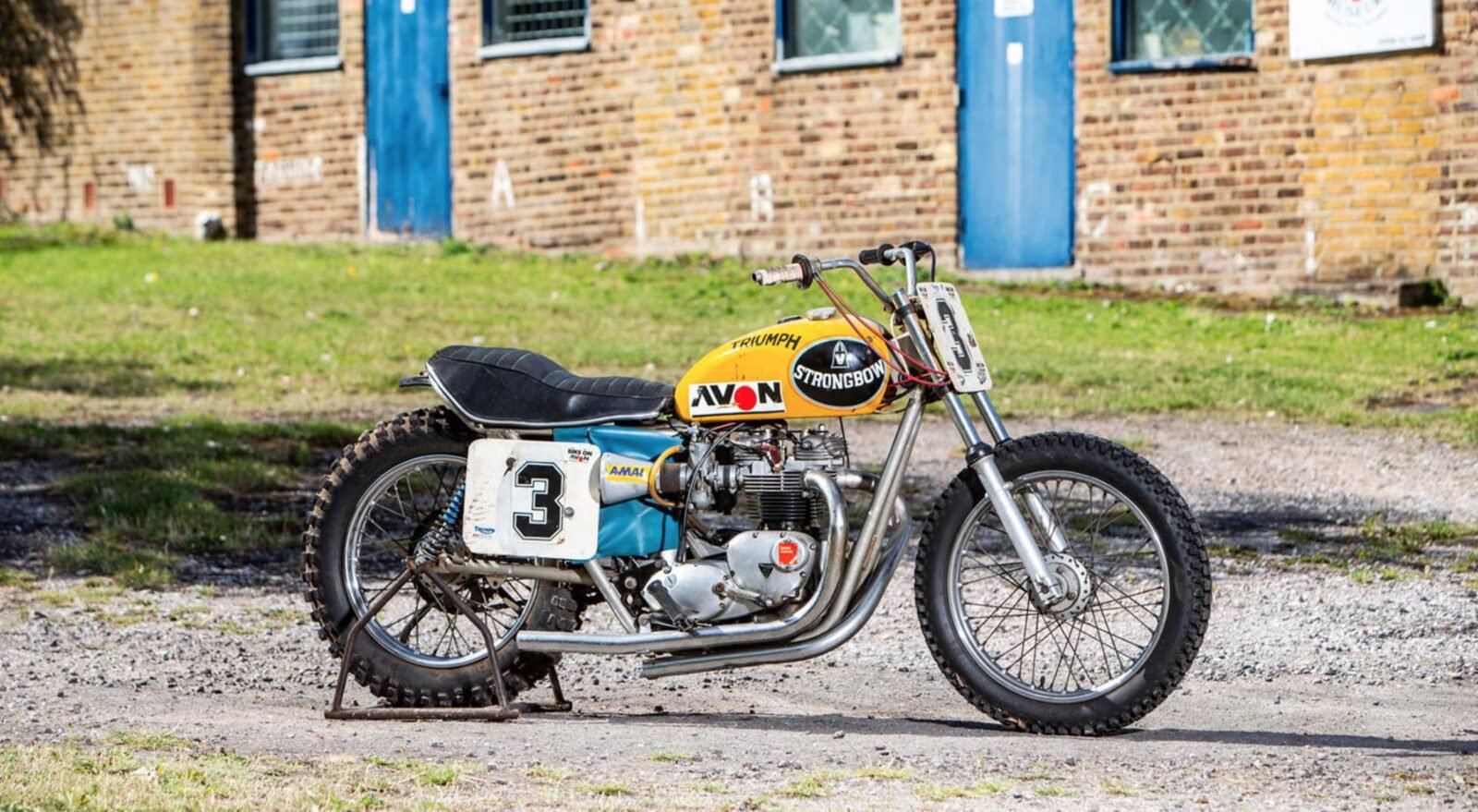 This is one of just 6 or 7 factory-built Triumph Strongbow flat trackers made in the late 1970s to compete in a series sponsored by Bulmers to promote their Strongbow cider brand.

Although no one can be certain, it’s believed that all the other Triumph Strongbow flat trackers were disassembled for parts after they were returned to the factory leaving this bike as the only survivor. 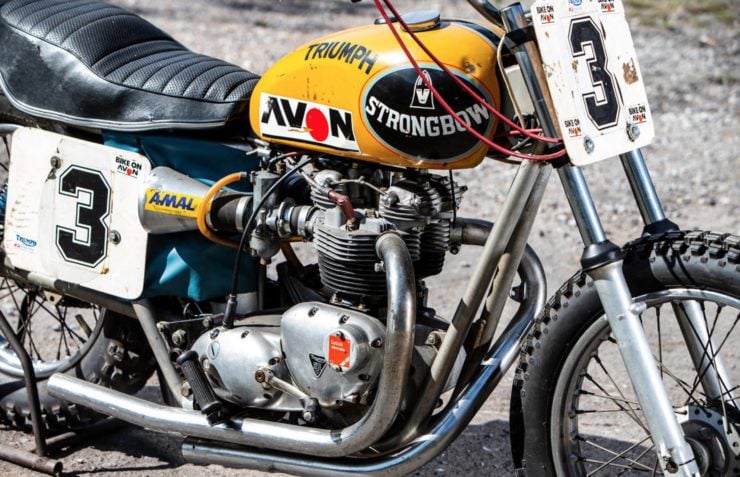 The engineers at Triumph made a series of modifications to stock T140V Bonneville including high compression pistons, larger carburettors, modified rear suspension mounting points, a change to the headstock angle to better suit flat track racing, a removal of the front brake, removal of the headlight, mirrors, brake light, indicators, and gauges, and the removal of front and rear fenders.

A pair of custom headers were fitted, they were angled to send the exhaust out to the right side. The standard fuel tank was kept and a new seat was fitted that was better suited to racing.

The new larger carburettors and open exhausts needed to be tweaked to work well together, the completed bike produced notably more horsepower than the standard T140V however there are no surviving dyno sheets that we’re aware of.

The original Triumph T140V was introduced in 1973 as a replacement for the T120 – a 650cc model that was having increasing trouble keeping up with the ever-faster competition coming out of Japan, not to mention the Norton Commando and the new 750 Ducatis. 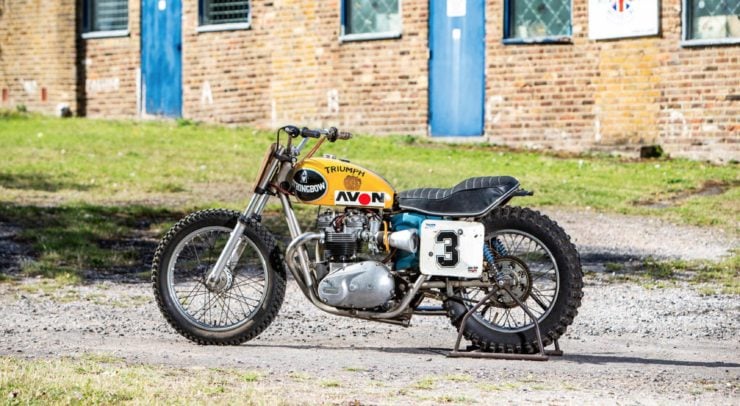 The engine size was increased in the T140 by taking the T120 and increasing both bore and stroke. A 5-speed gearbox was developed by Quaife, the Roman numeral “V” for “5” was added to the model name to denote the number of gears.

Over the course of the 1970s Triumph would continuously update the T140V but it was a losing battle against the new breed of motorcycle coming out of Japan. That said, the T140 would stay in production until 1988, outliving the company that developed it.

As a one-off factory-built race bike like this, particularly a believed lone survivor, is likely to garner serious interest when it crosses the auction block with Bonhams on the 19th of October.

The price estimate is £8,000 to £10,000 which seems remarkably affordable, though it is worth bearing in mind that the bike isn’t road legal and would be for display or race use only. That said, vintage motorcycle racing series have been getting more and more popular in recent years and this bike would be ideal for classic flat track races and maybe some scrambler events with new rear springs, a front brake, and some new pipes. 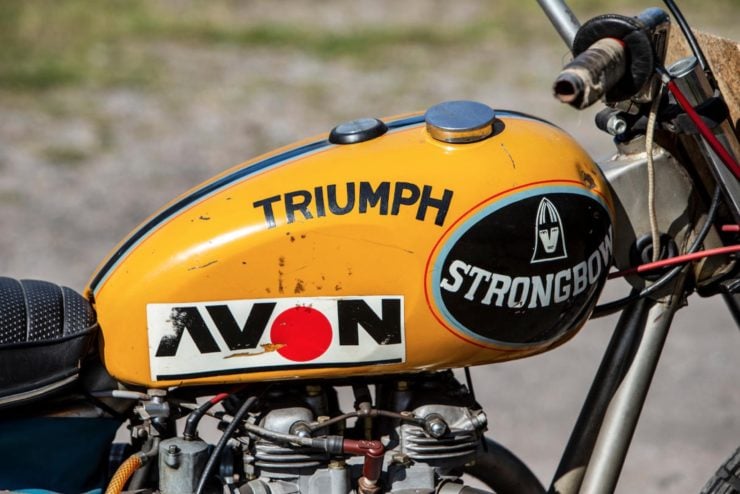 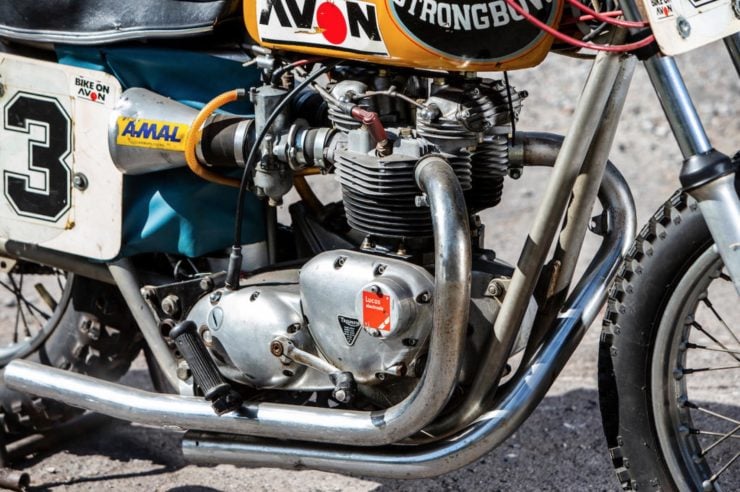 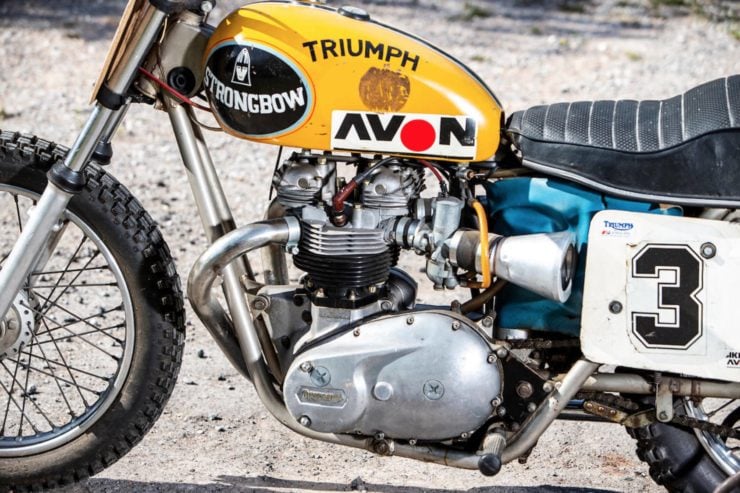 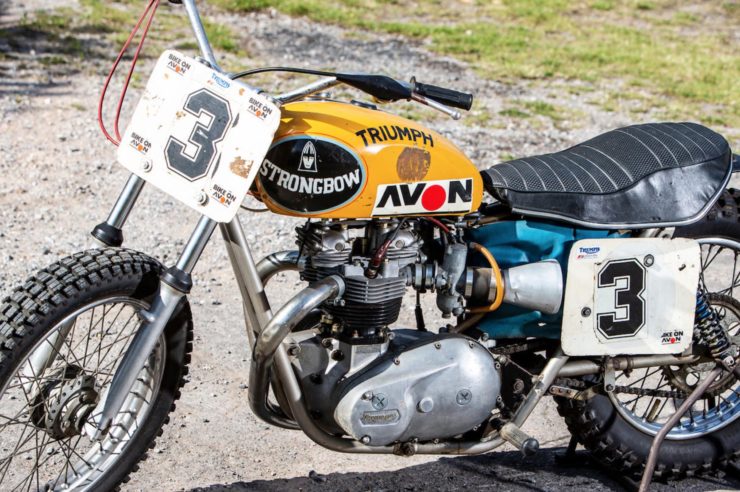 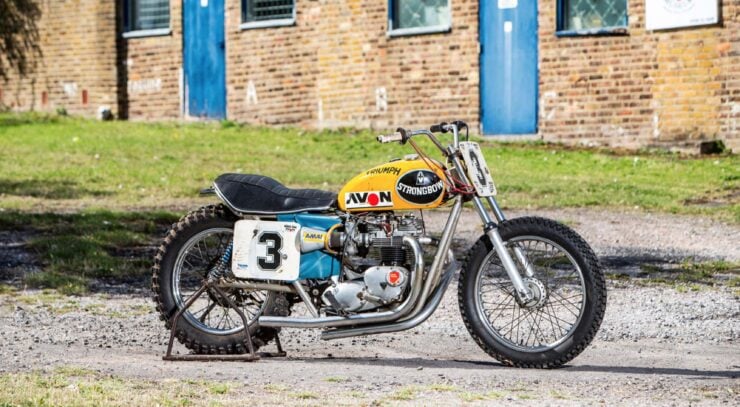 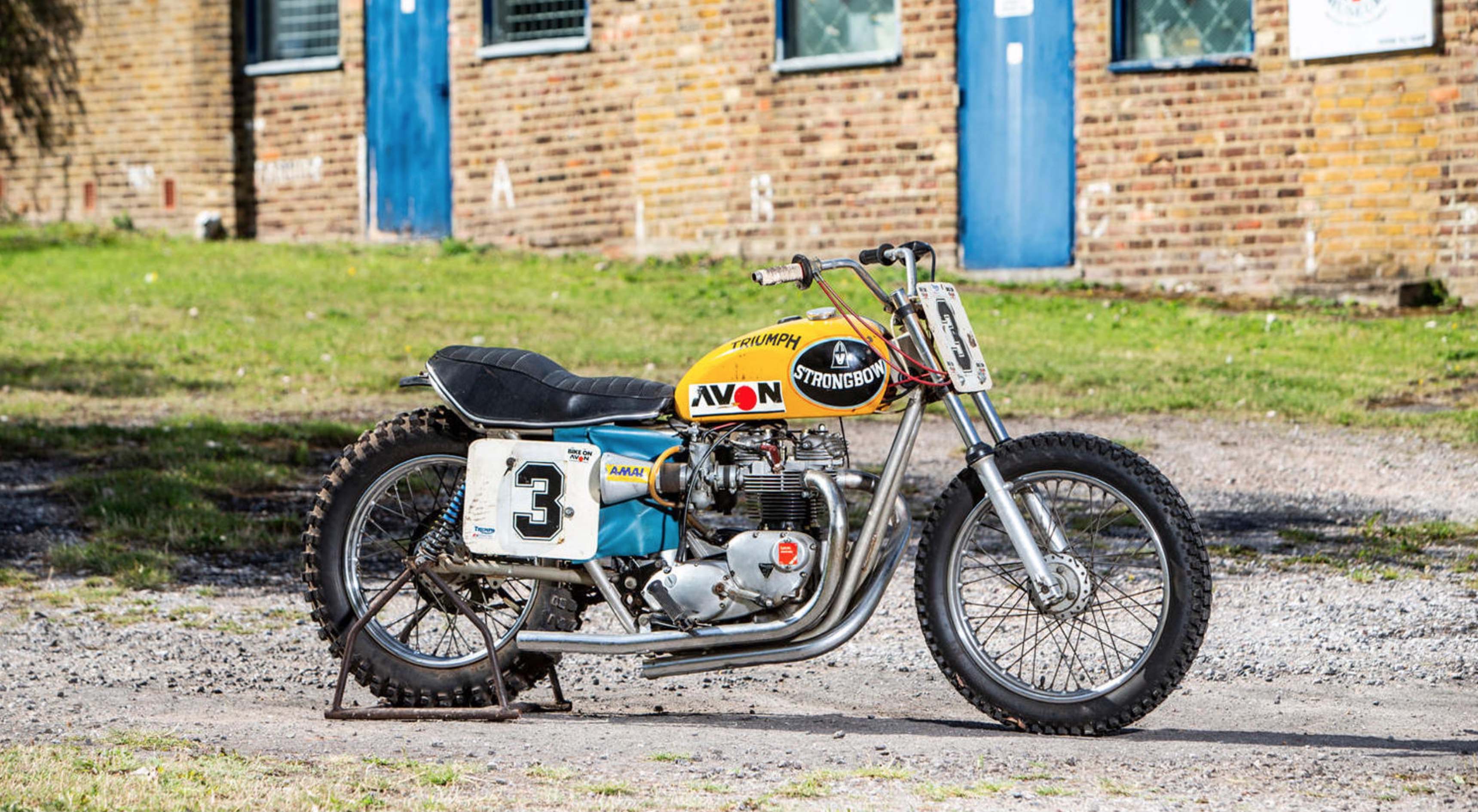