The races held at the Mount Panorama street circuit in Bathurst in New South Wales, Australia have become globally renowned as some of the best racing in the southern hemisphere.

The circuit itself has changed somewhat over the years but it still uses public roads that run up the side of Mount Panorama, then down and across the foothills before heading back up and around. It’s a little over 6 kilometres in length, it features a combination of wide open roads and tight twisty sections with exposed rock face inches from the track. The circuit is a unique challenge that attracts some of the best driving talent on earth each year for both the modern Bathurst 1000 race as well as the Bathurst 12 Hour endurance event.

The 1946 New South Wales Grand Prix was the first road race to be held in Australia after the end of WWII. Much like their neighbours New Zealand, Australia had fought valiantly in the Pacific, North African, and European theatres of war. 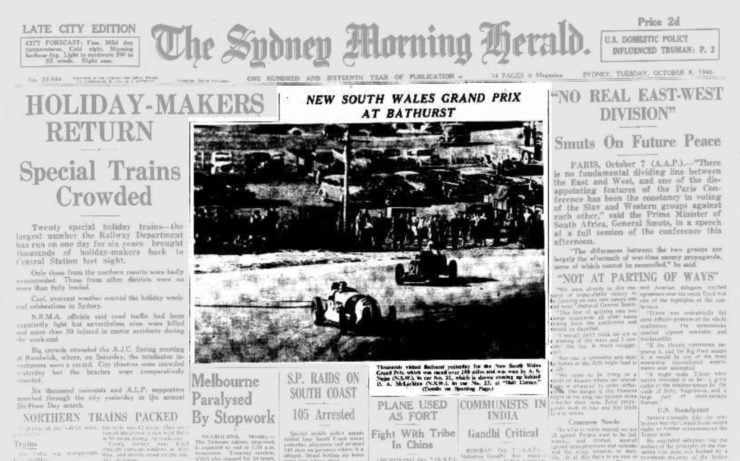 The 1946 race at Mount Panorama celebrated a slow return to normalcy for the nation, and the list of entities included a fascinating array of vehicles from around the world including modified MGs and Austin 7s, as well as other special racing cars we don’t know much about – including mysteriously named vehicles like an Alfa Romeo Ford, a Bugatti Ford s/c, a Lycoming Special, and most interestingly of all, a Willys Jeep Monoposto.

The above film was likely shot by a home filmmaker on a simple 8mm camera, there’s no sound of course (other than the tick of the projector), but it does offer an incredible insight into the history of Australia’s most important race.

Read more about the history of Mount Panorama here.

If you happen to know any more about that Willys Jeep Monoposto please shoot me a message by the contact page, I’d love to hear about it. 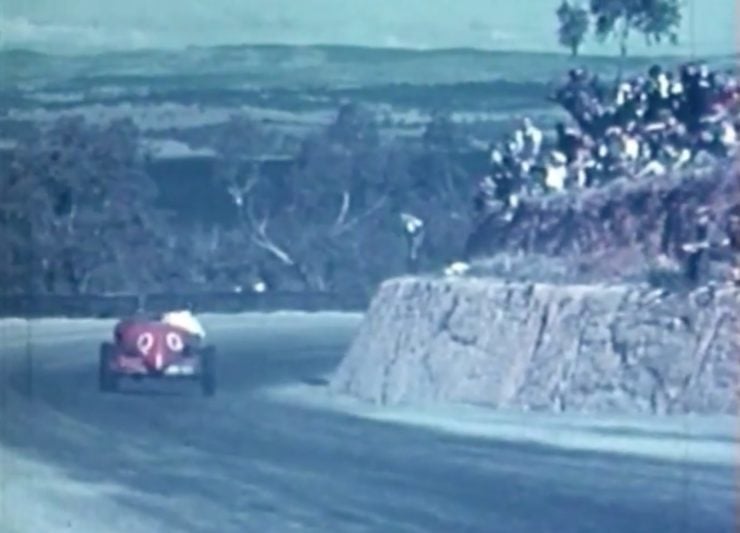 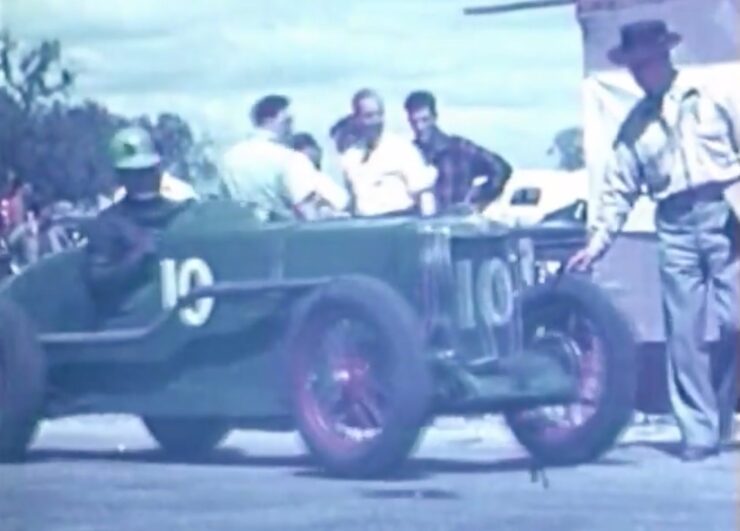 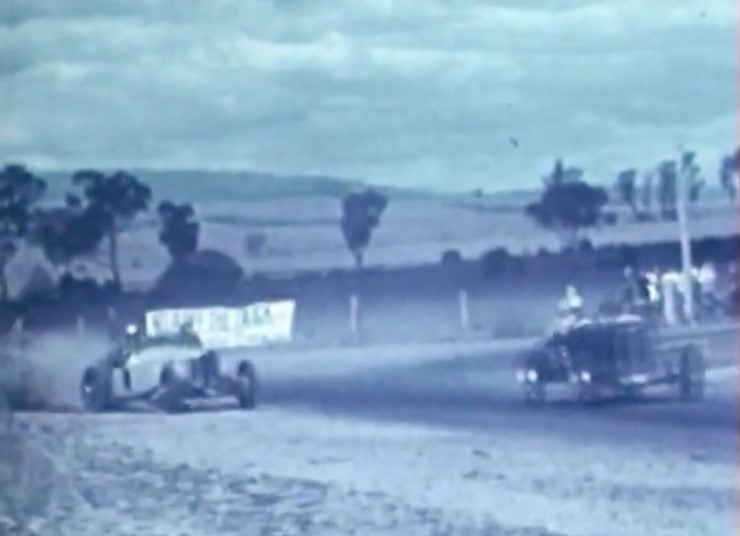 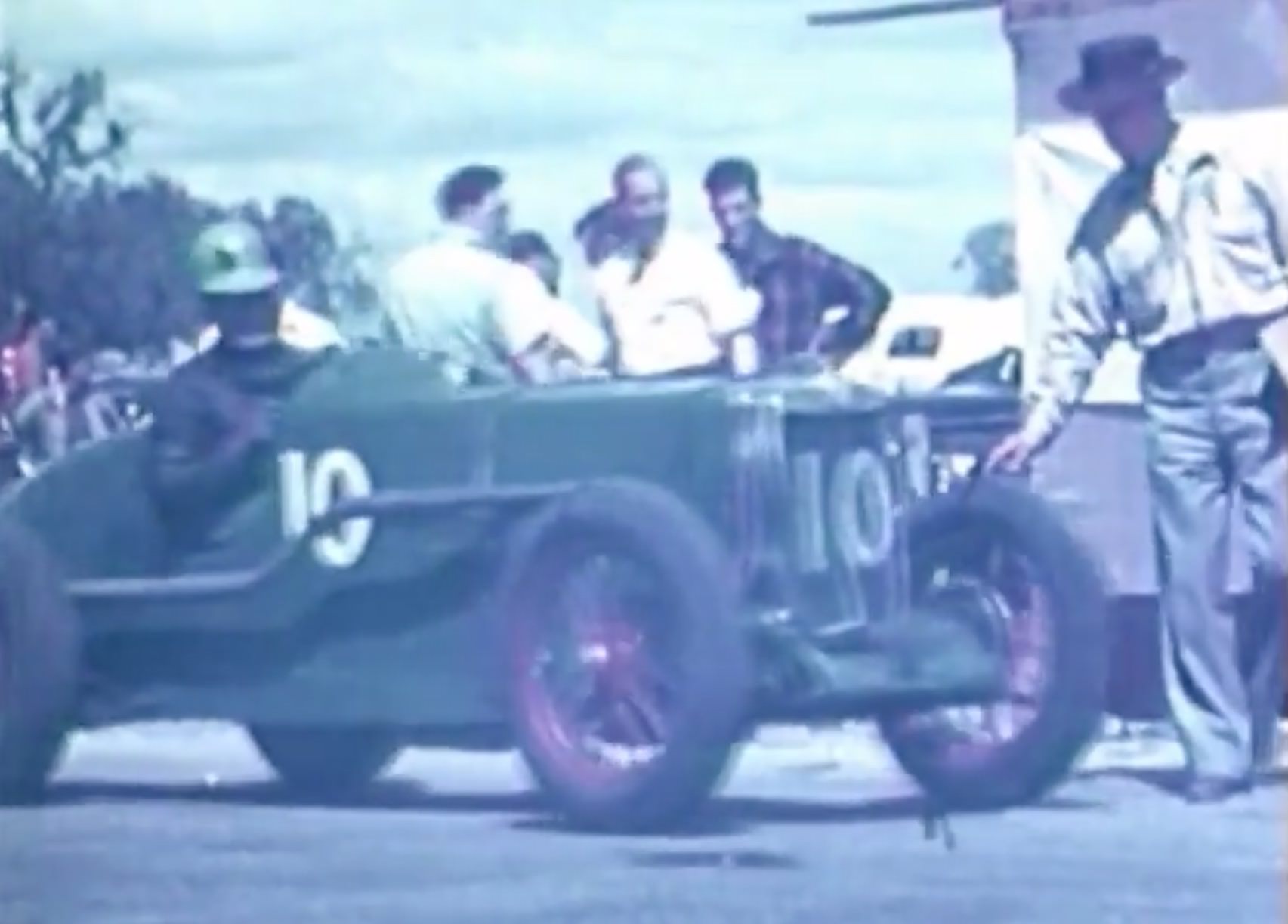