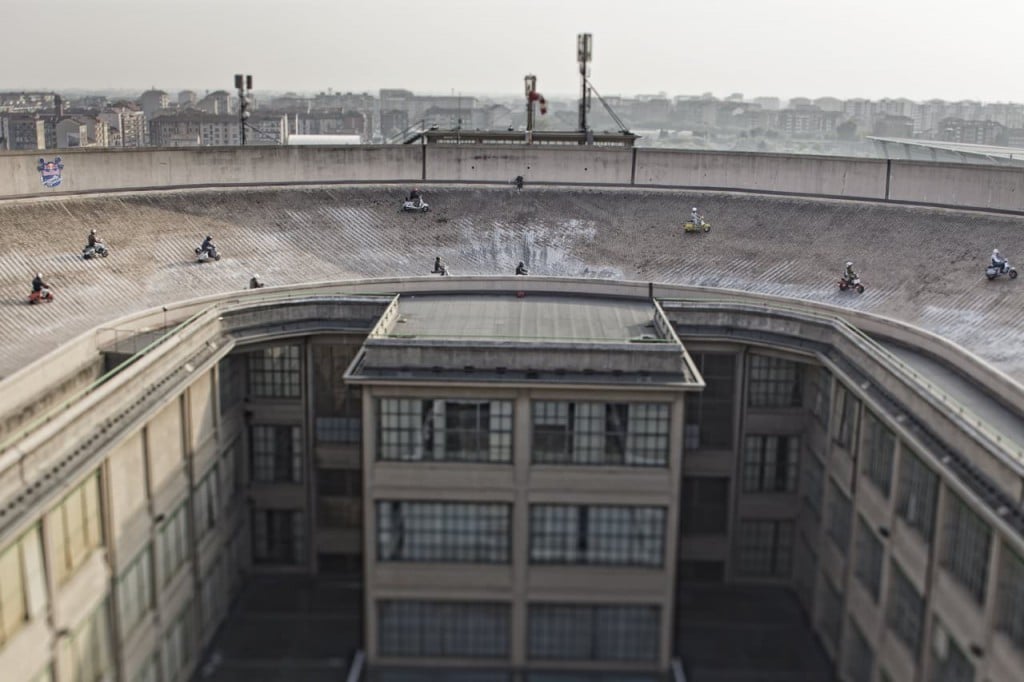 These 2 photographs show a slightly usual Vespa race on the roof of the famous Fiat Factory in Turin, Italy. You may recognise the rooftop track from The Italian Job, although this particular race features scooters in place of Mini Coopers.

The event has 3 competitions, the 1st is for style, the 2nd is for the speed at which contestants race up the spiral ramp and the 3rd is for the actual rooftop race. Sadly we don’t have much more information about this, if you do let us all know in the comments below. 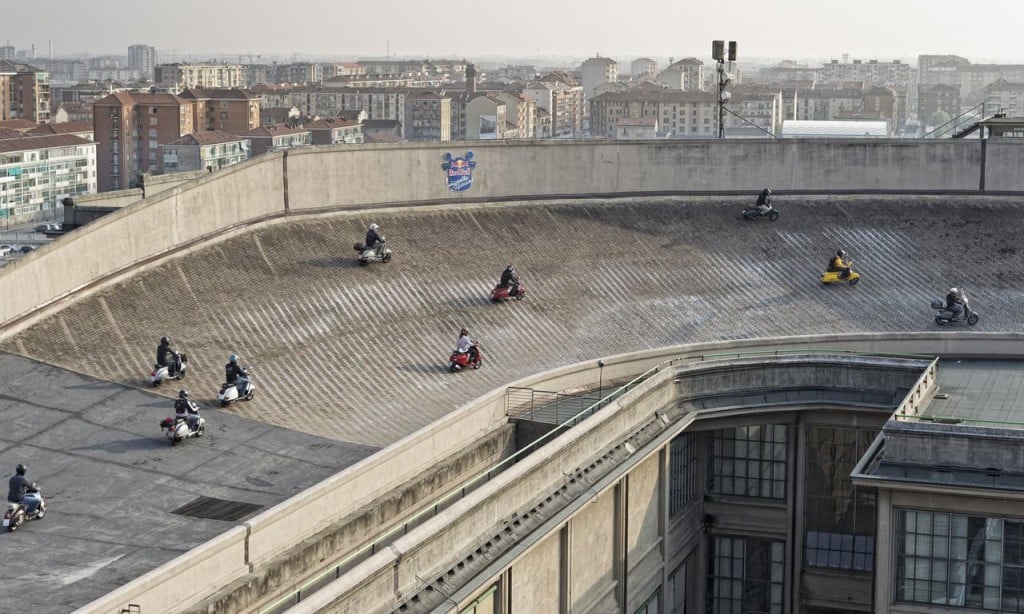